Perusahaan Otomobil Kedua Sendirian Berhad (Perodua) is a household name in Malaysia. It has produced numerous iconic cars such as the Kancil and Myvi. These cars are not only economical but versatile enough to appeal to a very large range of drivers, from teenagers to commuters to retirees. Almost every Malaysian family has or has had a Perodua in their garage which speaks to just how much Malaysians love them. Let’s take a look at the history of Perodua and the cars it has produced over the years. 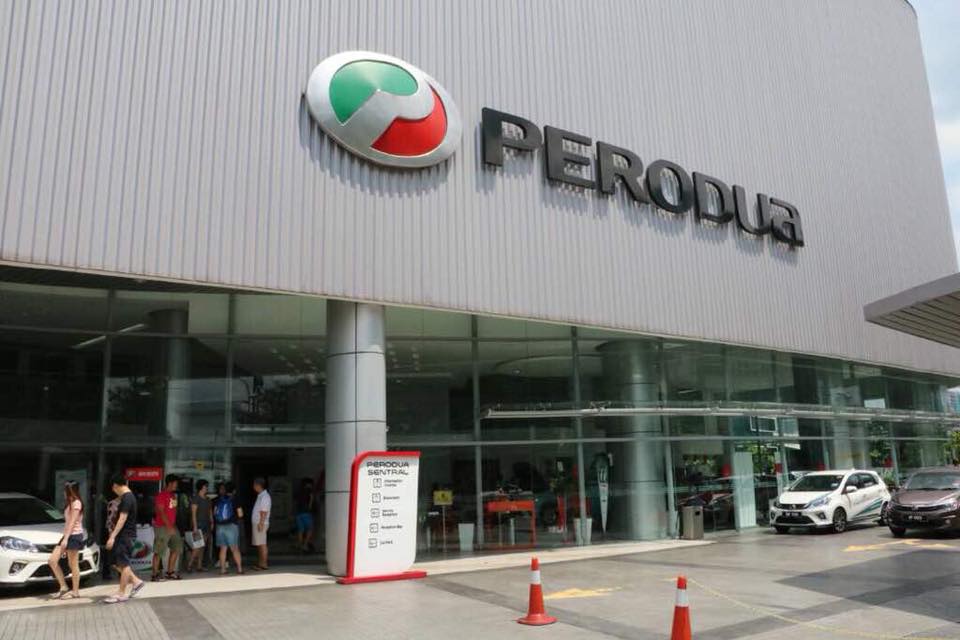 Perodua: How It Started

Perodua was established in 1993 as Malaysia’s second national automaker. As it was first kept secret from the public, the company was first referred to by the codename “M2” prior to being announced. So as not to compete with Proton, Perodua initially focused on bringing compact, A-segment hatchbacks to Malaysian users.

On 1st August 1994, Tun Dr. Mahathir Mohamad, the Prime Minister at the time, officiated the opening ceremony of the first Perodua factory in the country. And only 28 days later, the first Perodua Model, the Kancil, rolled down the assembly line, and the rest was history. The Kancil was well received by the public, and was the car that fueled Malaysia’s fascination with compact hatchbacks. Since the introduction of the Perodua Kancil, Perodua has continued to produce compact cars, including the best-selling Myvi as well as other vehicles from sedans to sports utility vehicles (SUVs).

Since its establishment, Perodua has partnered with Japanese carmaker, Daihatsu which held a 20 percent stake in the company at launch. Daihatsu provided the designs and main components for Perodua’s cars from the engines to transmissions. This meant that all Perodua cars had Daihatsu technology. While all its cars are derived from models in Daihatsu’s lineup, Perodua has injected more of its design into its cars in recent years. In fact, the third-generation Perodua Myvi, launched in 2017, was entirely designed and made in Malaysia, which is an important milestone for the company.

Perodua has two manufacturing plants which are located in its 522-acre headquarters in Sungai Choh, Rawang. Located here are Perodua’s first facility – the Perodua Manufacturing Sdn Bhd (PMSB) plant and the second facility which officially opened in 2016 – the Perodua Global Manufacturing Sdn Bhd (PGMSB) plant. Both plants can produce up to 320,000 vehicles a year. Besides its vehicle manufacturing plants, Perodua also has two plants located in Sendayan TechValley near Seremban. They supply engines and transmissions not just for Perodua, but also for its partners Daihatsu and Toyota, showing just how far the company’s technical abilities have come since 1994.

Read More: The Evolution of the Perodua Myvi

Perodua Car Models Over the Years 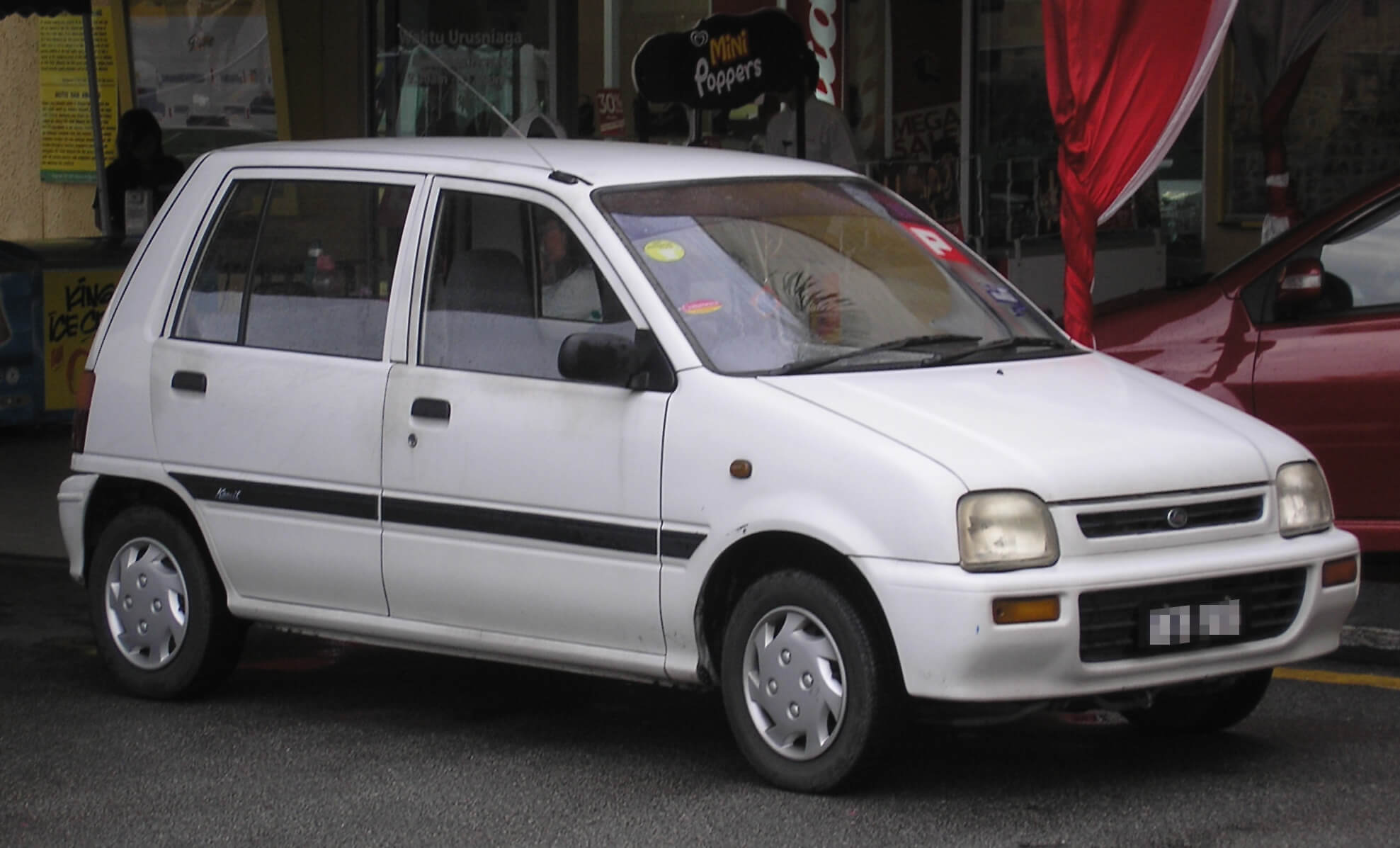 Perodua’s first car was the Perodua Kancil which was based on the Daihatsu Mira L200. It was first produced in 1994 and was a small five-door hatchback with either a 660 cubic centimeter (cc) or an 850 cc engine. Thanks to its compact design and affordability, the Kancil quickly became a favorite among Malaysians including mothers who use it to send their kids to school. It was also the default learning car used in driving schools across the country.

Earlier iterations of the Kancil had basic styling with boxy head and tail lights. Over the years, it received several facelifts that gave it more rounded lights as well as incremental engine and interior styling improvements. The Kancil finally ceased production in 2009 to give way to the Perodua Viva. 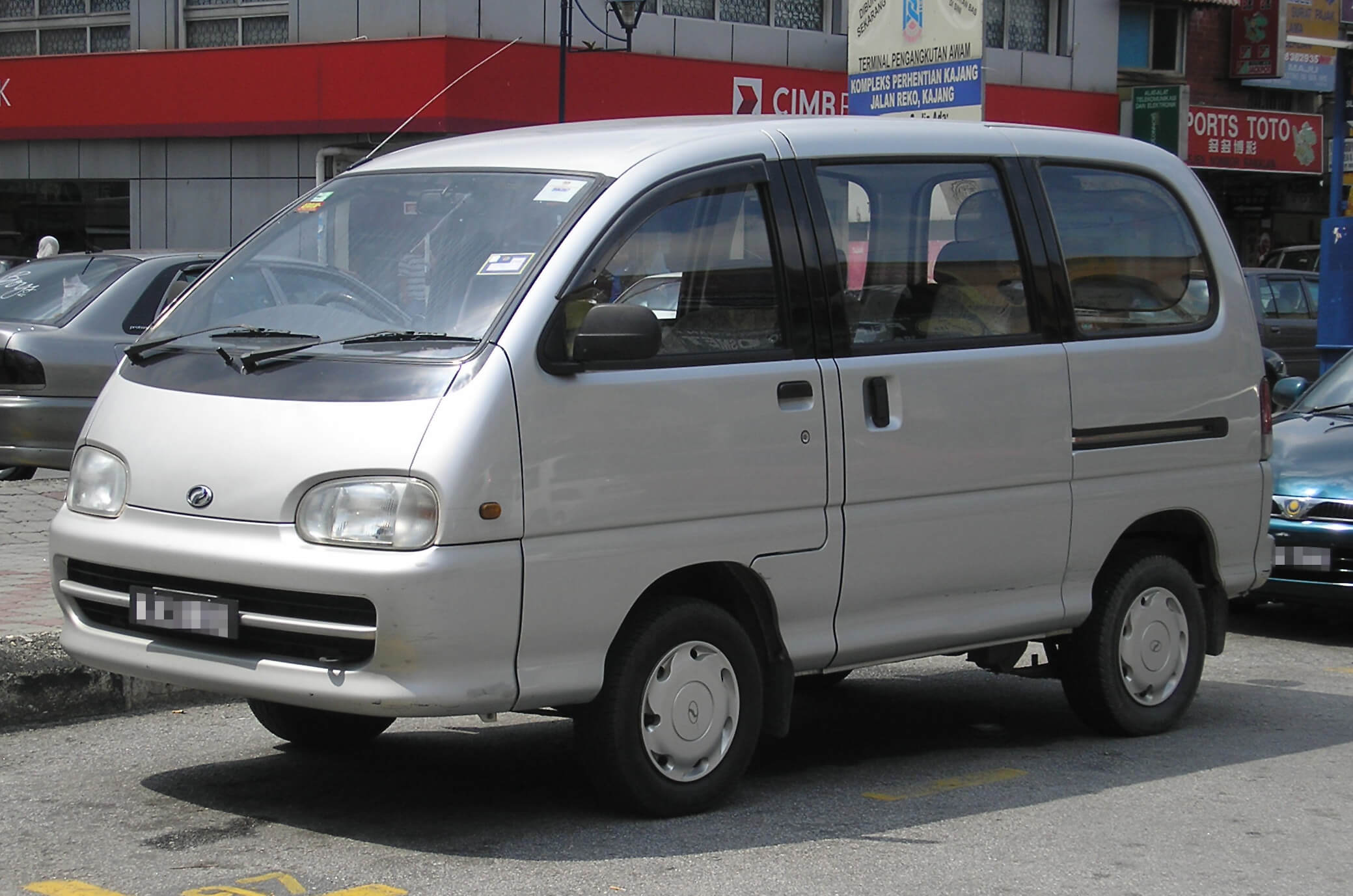 The Perodua Rusa was the company’s second vehicle that was manufactured between 1996 and 2007. It was a microvan based on the Daihatsu Zebra. It originally has a 1.3-liter engine that was upgraded to a 1.6-liter in 1997. The Rusa was available with two, five, and seven-seat configurations. This made it a versatile and affordable van both for families and for drivers who needed a freight vehicle.

The sliding rear doors also contributed to its popularity among mobile food van operators. Perodua halted the production of the Rusa in 2007 and has not added a new van to their lineup. This has caused a situation in which the prices of the used Rusa are actually going up due to demand for a microvan with sliding doors, which so far no other manufacturer has fulfilled. 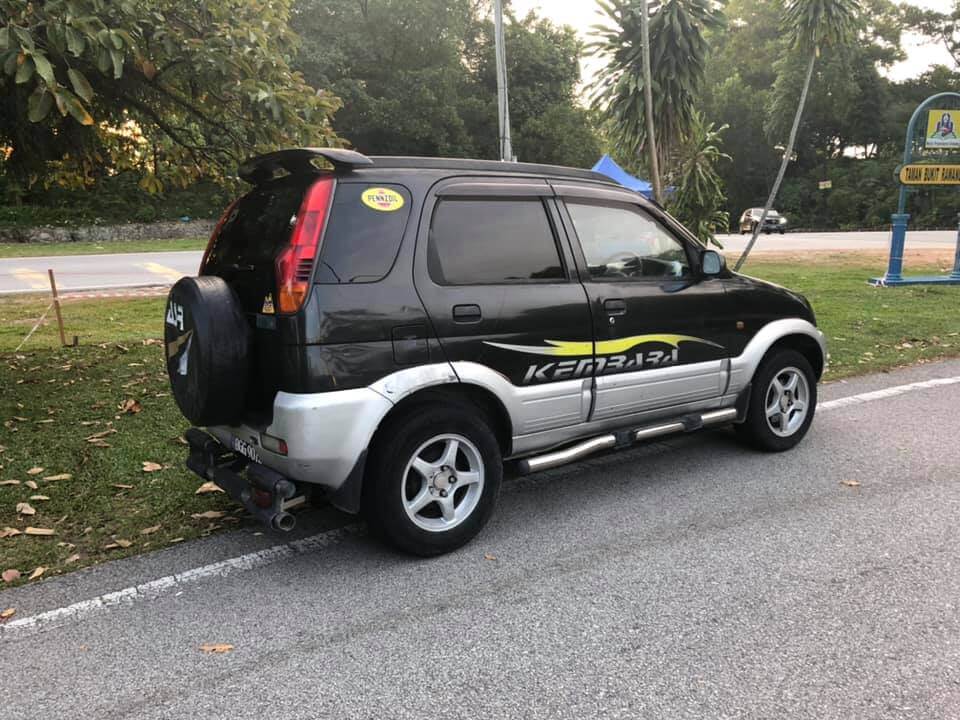 The Perodua Kembara was based on the Daihatsu Terios J100 A-segment sports utility vehicle (SUV). It was manufactured between 1998 and 2007 and was the first locally manufactured SUV. It had a 1.3-liter engine and a short wheelbase of only 2,420mm, unlike some markets which had a variation of the Terios with a 2,500mm and 2,750mm wheelbase. The Kembara came with both rear-wheel and four-wheel drive making it a great choice for buyers who need to do some off-road driving. Unlike current SUVs, the Kembara had traditional SUV styling with a boxy shape and spare tire fixed on the rear hatch door. 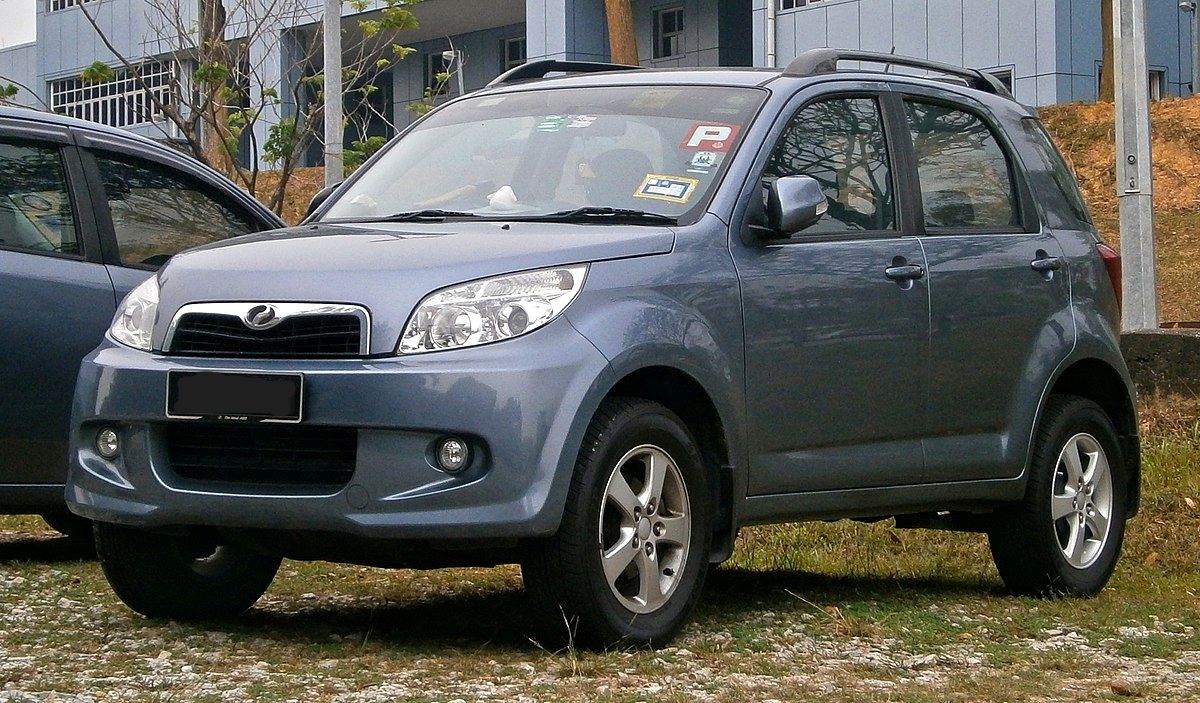 The Perodua Nautica was only manufactured between 2008 and 2009. As a rebadged short-wheelbase Daihatsu Terios J200, it was the successor to the Kembara. It had a 1.5-liter DVVT engine and full-time four-wheel drive. While it was a great car on its own, the Nautica was a fully imported completely built up (CBU) unit from Japan. A strange outlier in Perodua’s history, only its bumpers were assembled in Malaysia. This gave it a high price tag, on par with the larger Toyota Rush at the time. This contributed to its low sales numbers which eventually caused it to be discontinued in 2009. 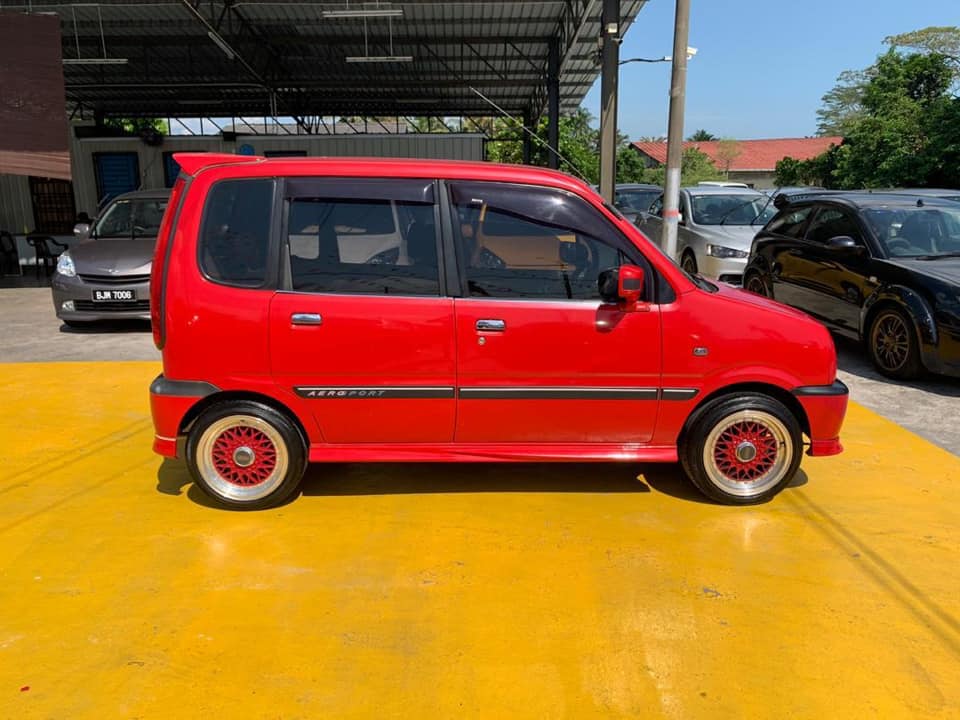 The Perodua Kenari is another iconic car from Perodua. It was based on the second-generation Daihatsu Move minicar or Kei car as it is known in Japan. It was manufactured from 2000 to 2009 and was offered with a 990 cc engine. Although it’s in the same segment as the Kancil, the Kenari has slightly larger dimensions besides the larger engine. The Kenari had a tall roof which gave it a quirky, boxy shape that, to many owners, is one of its endearing features. Like the Rusa, prices of used Kenaris are also going up due to its compact and quirky nature. 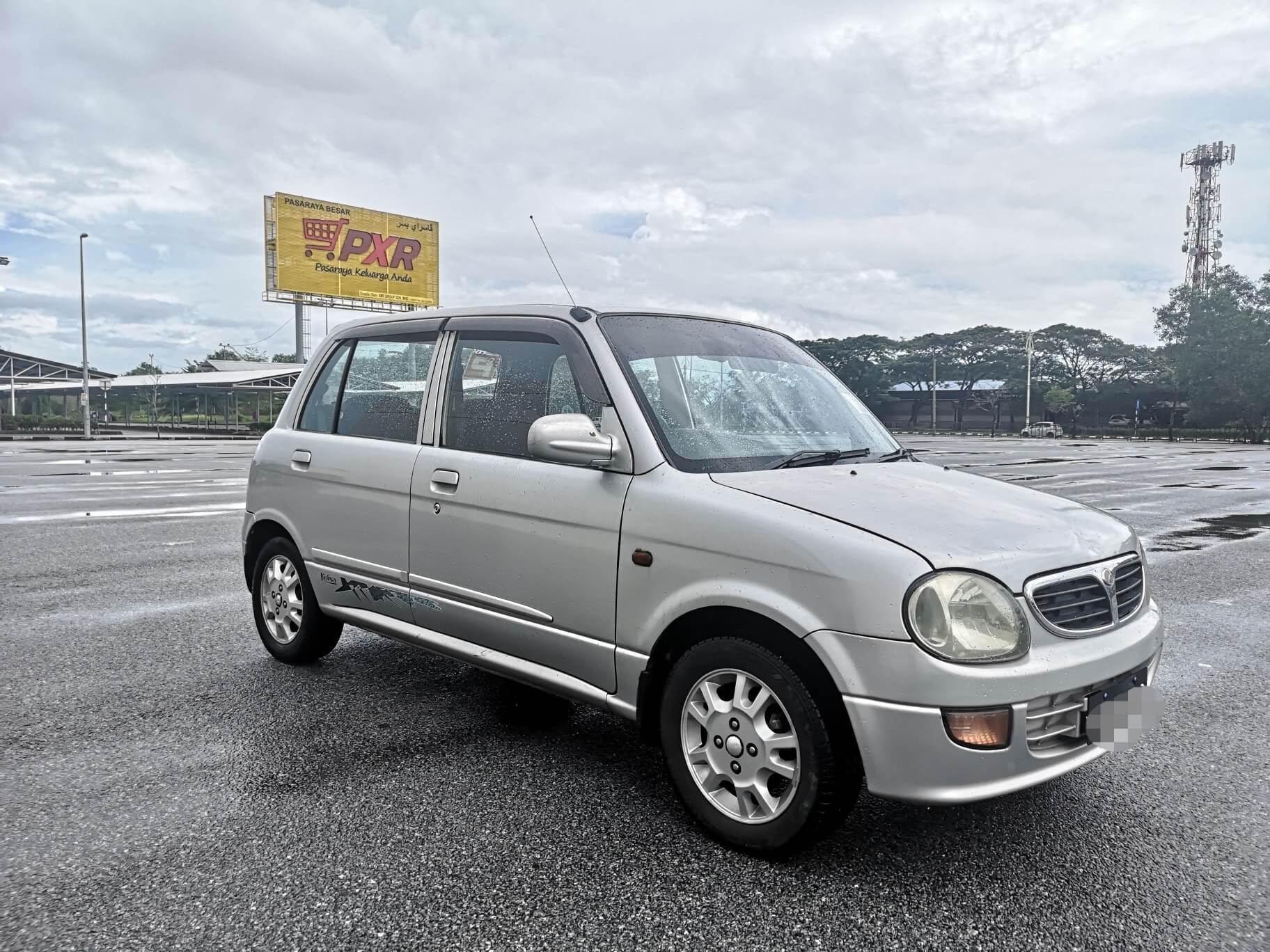 The Perodua Kelisa was based on the Daihatsu Mira L700 and was manufactured from 2001 to 2007. Although it’s based on the same platform as the Kancil, it was sold alongside the Kancil until they were both replaced by the Perodua Viva in 2007. Compared to the Kancil, the Kelisa had an overall rounded shape with softer body lines and rounded lights. It was slightly larger than the Kancil and it was available in an 847 cc as well as a 989 cc engine. And like the Kancil, it’s just as economical and easy to drive around town. In fact, these characteristics make the Perodua Kelisa a highly sought-after car even now.

Like other Peroduas, the first and second-generation Myvi was largely based on Japanese models with minor styling changes. However, the third-generation Myvi is fully designed in-house with Daihatsu and Toyota only providing the engines and technical advice. The Myvi is also the first Perodua to be equipped with the Advanced Safety Assist (A.S.A) which is Perodua’s active driver assistance system (ADAS).

The Perodua Viva was manufactured from 2007 to 2014 and was the replacement of the Kancil and Kelisa. This A-segment hatchback was based on the seventh generation Daihatsu Mira. It came with various improvements over its predecessors including a larger, 1.0-liter engine, larger dimensions, and better interior refinement. However, it was still available with the 660 and 850 cc engines like its predecessors. Production of the Perodua Viva ended in 2014 and it was replaced by the Axia.

The Perodua Alza is a B-segment multi-purpose vehicle (MPV) that was launched in 2009. It is based on the Daihatsu Boon Luminas and is powered by a 1.5-liter engine. As a compact B-segment MPV, the Alza sits in its segment without any clear competitors. It has a low ride height like a sedan or hatchback but is able to fit seven people. These characteristics have helped it to become the best-selling MPV in Malaysia in 2010. In fact, it continues to enjoy good sales despite being over ten years old. That being said, Perodua has announced that it will launch the second-generation Alza in 2022 which will be based on the 2021 Daihatsu Xenia and Toyota Avanza.

The Perodua Axia is the successor to the Perodua Viva. It was launched in 2014 and is based on the Daihatsu Ayla and Toyota Agya. Unlike its predecessor, the Axia is only available with a 1.0-liter engine paired with either a five-speed manual or four-speed automatic transmission. While it shares the same platform as its Japanese counterparts, the Axia has extensive unique design elements and is not just a rebadge.

It is also the first Perodua to be certified as an Energy Efficient Vehicle (EEV). The Axia received two facelifts: the first in 2017 and the second in 2019. And like its predecessor the Kancil, the Axia is now the default choice of learning car for driving schools all across Malaysia.

The Perodua Bezza is an A-segment sedan that was launched in 2016 and built on top of the Perodua Axia platform. For its development, Perodua lead the design and development of the upper body structure. The Bezza marks several firsts for the company including it being Perodua’s first sedan, first major in-house design, and the first Perodua to feature Vehicle Stability Control (VSC). In fact, the Bezza is the first Perodua not to be based on an existing Daihatsu or Toyota model. The Bezza is available with a 1.0 and 1.3-liter engine, and like the Axia, is an EEV.

The Perodua Aruz is a B-segment SUV based on the Toyota Rush and was launched in 2019. It is a seven-seater SUV with a 1.5-liter engine and rear-wheel drive. Although Perodua assembles both the Perodua Aruz and Toyota Rush, both vehicles have distinct differences in exterior and interior styling, equipment, and safety features. That said, the Aruz has Perodua’s A.S.A safety suite like the Bezza and Myvi.

The Perodua Ativa is a B-segment SUV based on the Daihatsu Rocky. It was launched in 2021 and sits below the Aruz in terms of size. The Perodua Ativa has several new features not found in previous Perodua models. These include a new 1.0-liter turbocharged engine and a new CVT transmission. Furthermore, it’s the first Perodua to be built on the Daihatsu New Global Architecture (DNGA) platform. The Ativa has a shape and size that is reminiscent of the Kembara. However, it only comes in front-wheel drive making it a road-oriented SUV. The Ativa is so popular that waiting lists for it are now up to 4 months depending on the variant.

By offering innovative and economical cars that appeal to the Malaysian market, Perodua has rightly justified its place as the country’s largest car manufacturer. In fact, it still continues to develop value-added features such as its A.S.A safety suite and EEV lineup.

Get a CARSOME Certified Perodua for Peace of Mind

With our large selection of CARSOME Certified Perodua cars, you can rest assured that any Perodua you buy is in great condition and free from damage. Each CARSOME Certified car has undergone a 175-point inspection as well as a full professional refurbishing to ensure that it’s not only roadworthy but looks new.

Furthermore, CARSOME Certified cars come with a CARSOME Promise which is our assurance for you to have peace of mind in your purchase. This is our CARSOME Promise to you:

If you’re looking for a pre-owned Perodua car, check out CARSOME. With our large selection of CARSOME Certified Peroduas, we’re sure you’ll find the perfect car for you.