The Evolution of the Perodua Myvi – Malaysia’s Best-Selling Car

Wherever you are in Malaysia, chances are you’ll see a Perodua Myvi on the road. This iconic B-segment hatchback is well-loved by Malaysians as proven by its sales numbers over the years. In fact, it was the best-selling car in Malaysia between 2006 and 2013, which is eight consecutive years! It reached an impressive milestone of passing 1 million units sold in 2017 and was again Malaysia’s best-selling car in 2020.

Back when it was first introduced in 2005, the Perodua Myvi was an outlier in a market dominated by sedans. However, its compact form, spacious interior, and affordable price quickly made it a household name among Malaysians and the rest was history.

First Generation Perodua Myvi (M300) – Where It All Started 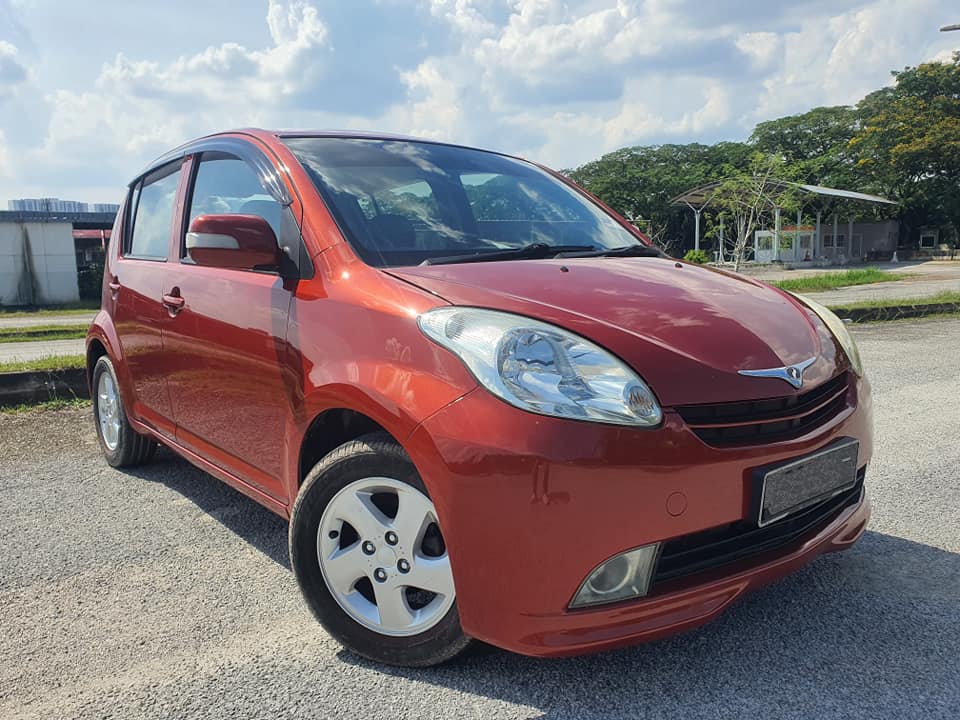 Just like the current generation car, the Myvi back then had a deceivingly compact body yet was spacious inside which made it the perfect car for use on Malaysian roads. It also had a soft exterior styling with rounded curves that made it look cute and approachable for many Malaysians from all walks of life. Notable features at the time included an immobilizer system, dual airbags as standard, anti-lock braking system (ABS), and a pedestrian-safe body construction. 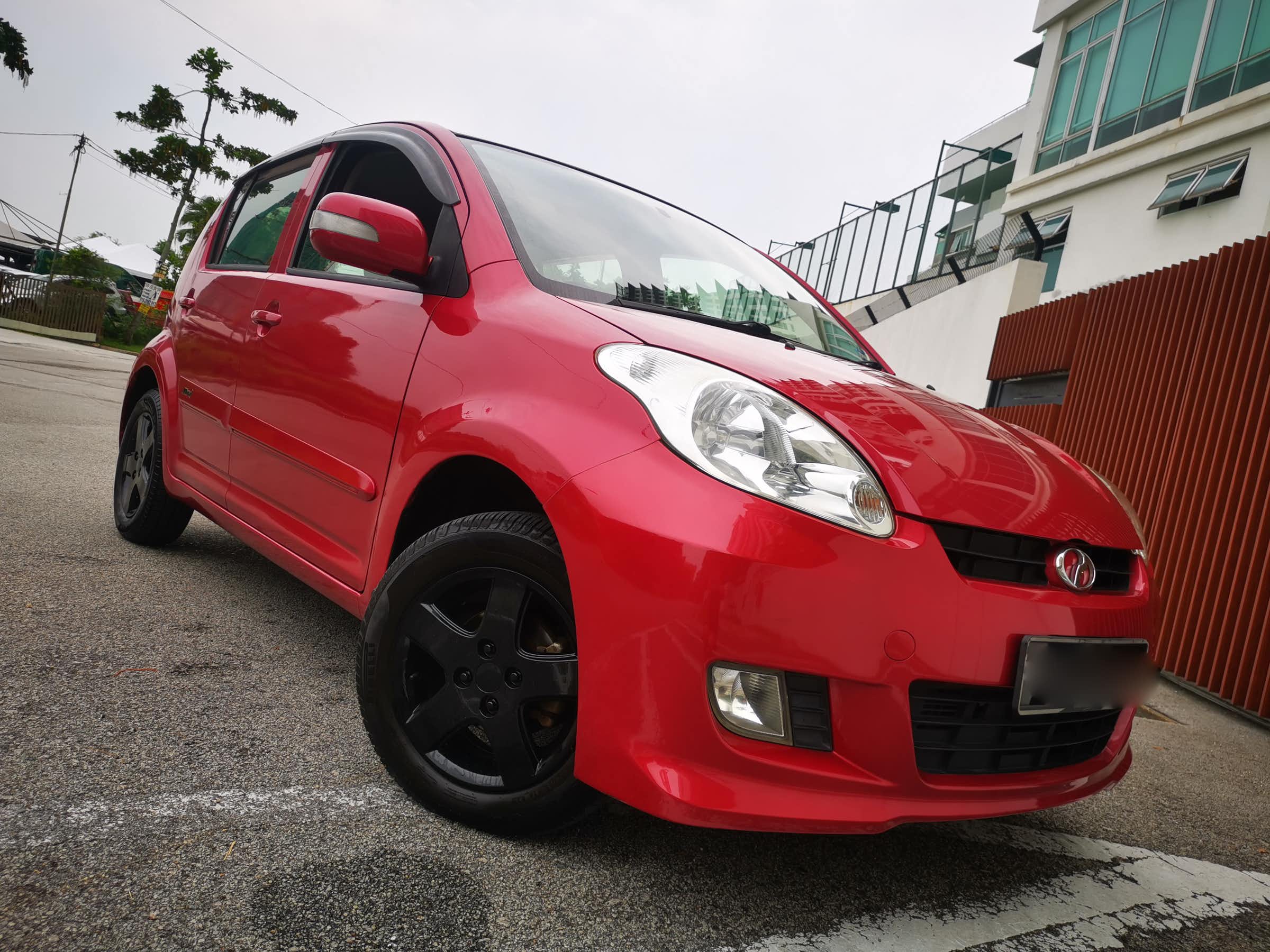 In 2008, the Perodua Myvi received a facelift with modified front and rear bumpers, grille, new alloy rims, dashboard, instrument panel design, fabric seats, and a new infotainment system with MP3/WMA, USB, and Bluetooth support. The facelifted versions continued to be the best-selling cars in Malaysia and Perodua later launched three special edition Myvis in this generation with mostly cosmetic updates; a “Special Edition” in October 2008, an “Exclusive Edition” in October 2009, and a “Limited Edition” in July 2010. Out of the three, the first “Special Edition” has to be the most recognizable with its iconic orange paint job, darker headlights, and a full body kit with a rear spoiler.

In 2011, Perodua launched the second generation Myvi, this time based on the M600 Daihatsu Boon. However, Perodua injected its own design into the car with sharper headlights and taillights, a redesigned front bumper, and sharper wheel arches giving it a sportier and classier look.

This generation brought a host of improvements with the biggest being an upgrade to the engine options. The 1.0L engine was replaced with a 1.3L and 1.5L engine both with DVVT and EFI. The 1.5L produced more power at 75 kW and more torque at 136 Nm. Perodua also created new taglines for its cars, with “Lagi Best” for the Myvi 1.3 and “Lagi Power, Lagi Best” for the Myvi 1.5. Although the external length of the Myvi was reduced this generation, Perodua managed to increase the interior length by 15 mm retaining the Myvi’s exceptional practicality.

Besides dual SRS airbags, this generation Myvi had 3-point Emergency Locking Retractor (ELR) seatbelts instead of the 2-points in the previous generation. It also had ISOFIX as standard, ABS, and electronic brake distribution (EBD). The Myvi also received upgraded equipment and features inside the cabin. The two biggest interior changes were the redesigned instrument cluster and center dashboard. The new instrument cluster now had a large central speedometer that’s easy to read at a glance and the center dashboard now housed the automatic gear lever. The higher range variants featured a new 6-inch touchscreen display audio system.

The second-generation Myvi later got a mid-life facelift in 2015 with more style and equipment upgrades. Outside, it received design touch-ups on the front grille, bumpers, and wheels, while the interior saw a host of upgrades. For instance, the range-topping Myvi 1.5 Advance received a multimedia infotainment system with navigation and a reverse camera as well as leather-wrapped semi-bucket seats. Also new are front corner sensors, anti-snatch hooks, and a retractable cup holder below the driver’s right air conditioning vent.

The facelifted 1.5L variants even received projector headlights with guide lights, which was a first for a Malaysian-made B-segment car. Even with all these features, the Myvi was priced from RM41,500 to RM59,000, providing excellent value and further cementing its position as the best-selling car in Malaysia.

The third-generation Perodua Myvi was launched in November 2017 and was probably the most awaited version, for good reason. It’s the first Myvi to be designed fully in-house by Perodua with Toyota and Daihatsu only providing the engines and technical advice. It has totally revamped styling with Perodua’s new design language and is longer, wider, and lower than the outgoing model. It’s priced from RM41,292 to RM52,697 meaning it’s just as affordable as ever.

The third-generation Myvi is offered with 1.3L and 1.5L engine options with double overhead camshaft (DOHC) and dual variable valve timing (Dual VVT-i). The engines are also tuned by Perodua to improve fuel efficiency which enabled them to acquire an Energy Efficient Vehicle (EEV) certification, previously only available on the Axia and Bezza. Although it’s more fuel-efficient than the previous generation, these engines have  better performance with the 1.3L producing 70 kW of power and 121 Nm of torque, while the 1.5L engine produces 76 kW of power and 136 Nm of torque.

Read: Everything You need to know about the Third Gen Perodua Myvi

Inside, the 1.5 AV Myvi gets black and red leather seats while other variants get updated fabric seats. There’s also a new meter cluster with a colored digital multi-info display, a larger 6.9-inch infotainment screen, refreshed trim, and a new Power Mode button on the steering wheel. The Power button, carried over from the Ativa, gives the car a slight boost in acceleration, perfect for overtaking on the highway. The range-topping 1.5 AV gets an integrated driving video recorder (dashcam) as standard.

The Perodua Myvi has gone through many improvements over the years. And the third-generation car with its sleek styling, EEV certification, and long list of safety features, is easily the best value Myvi yet. It has been among the best-selling cars in Malaysia since its debut and if it continues to innovate and punch above its weight, the Myvi will keep on being a favorite for many Malaysians.

If you’re looking for second-hand cars but are not sure where to start, check out CARSOME! We put all our cars through a 175-point inspection to ensure they’re safe and reliable for your peace of mind.