BMW CEO Said Used Cars Are Good For The Environment, So Here are Four Reliable Used BMW Models from CARSOME!

Recently, BMW’s said keeping older cars helps with the environment. BMW’s sustainability manager, Monika Dernai said that holding onto older cars reduces production waste for newer vehicles. Furthermore, she added that they can be retrofitted with newer parts to keep them up-to-date with newer ones. If this isn’t the perfect excuse to buy a classic, now’s the time.

Now, if the thought of a BMW and reliability sounds like a mispaired match in the same sentence, your concerns are not exactly unwarranted. I’m sure you’ve heard countless stories about BMW’s notorious’ check engine light showing up even in their owner’s nightmares. However, in modern Bimmers these days, you’d be surprised how BMW has managed to climb up to the top three most reliable cars according to an article by The Drive. But, with a recession in the near future, buying a used BMW sounds like a risky move. Fret not, at CARSOME, we have a selection of refurbished and reliable BMWs in our inventory to choose from! Starting right off the bat, a hybrid is a great choice for a good start. Hybrid engines are famously preferred by environmentalists and wallet conservationists due to their fuel efficiency and performance. Powering this compact sedan is a two-liter, four-cylinder turbocharged engine that sings the same tune as the 320i which we will explain below. The engine dishes out 184 hp from 5,000 to 6,500 RPM, and 290 Nm of torque between 1,350 and 4,250 RPM as reported by paultan.org.

When you buy a hybrid car, you can bet that saving up on gas is the ace up its sleeve. Autobuzz reports the 330e gains a 2.1L/100 km, making it by far, the most frugal 3-series to date. This is due to the electrical motor doing most of the work, while the petrol engine kicks in when the car detects more power is required when you floor it. Fortunately, depreciation of this model has taken a dive like Kanye West’s career, with some even going below the RM100K mark. The primary concern for BMW-made hybrids is battery replacement, which reports costing up to RM25K! Don’t let the price tag scare you. In 2020, BMW has announced that they will be offering an 8-year warranty for all of their PHEV models and an additional two years to their extended warranty. If you’re looking for a professionally refurbished 330e that is fault-free, look no further than the link below. 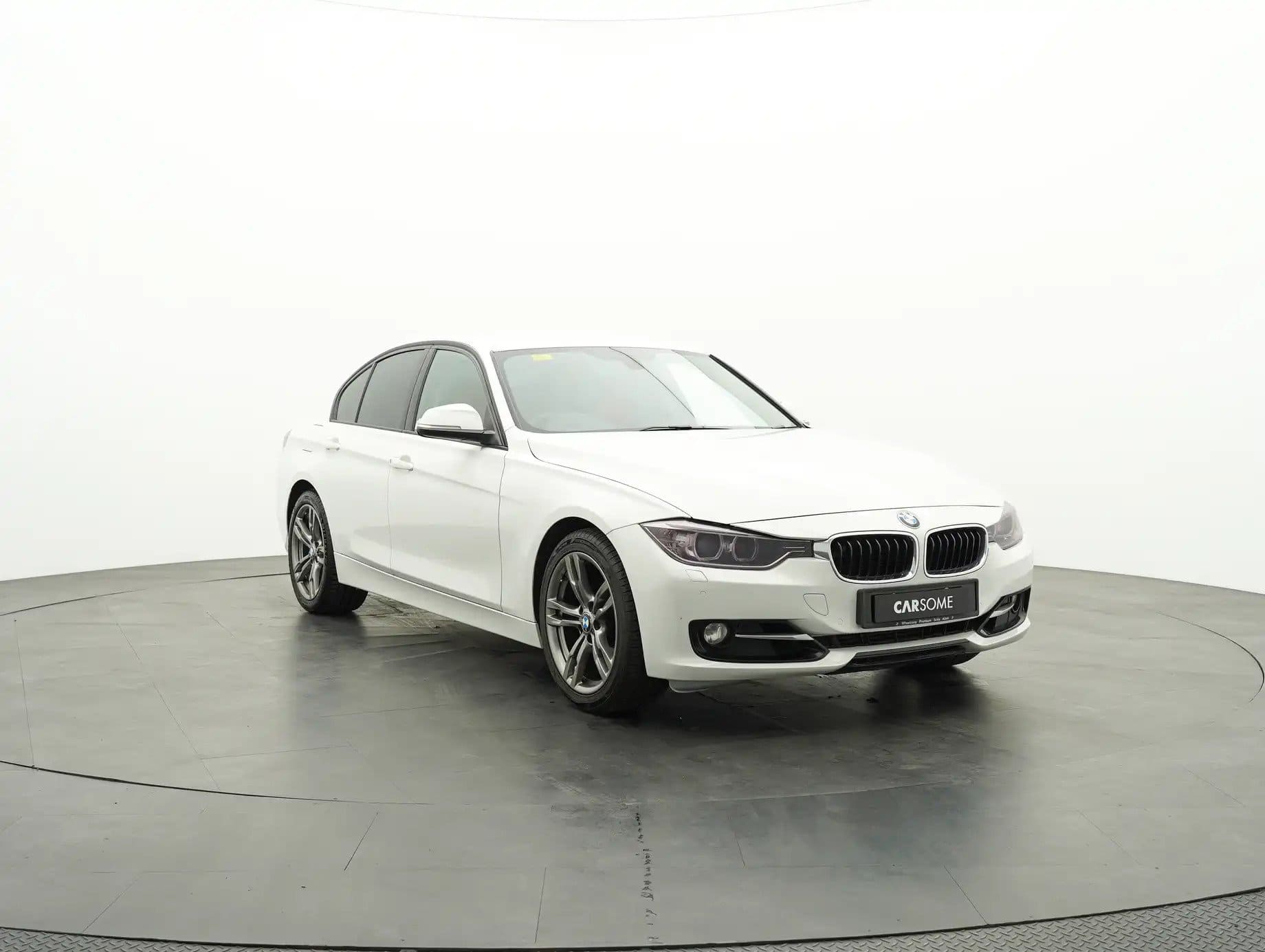 If there’s a BMW that will be a modern classic, it’s the F30 3-series BMW in its lineup. Ask any owner of the F30 3-series and you’ll see plenty of owners complimenting its sporty design, powerful engine, and plenty of support in the aftermarket and spare parts around the world. The 320i serves as a middle ground for people who still stave away from hybrid models like the 330e earlier. This 320i is running fully on an internal combustion engine (ICE) for any enthusiasts looking to get into the world of the Ultimate Driving Machine.

Read More: Wise or Foolish? Should You Buy a Used BMW 3 Series (F30) For the Price of a New Honda Civic?

Upon launch, the Sport Line specification can be had for RM238,800 during its initial release in 2015. Seven years after release, used ones nowadays go for around half or sometimes even less. Unlike its hybrid sister where depreciation kicked in hard, the 320i still retains much of its value in the used market. Much of its merits can be attributed to its huge cult following and a popular platform for tuners in Malaysia. Whether you’re looking for a reliable BMW-badged sedan or as an investment, CARSOME has one professionally refurbished right here. 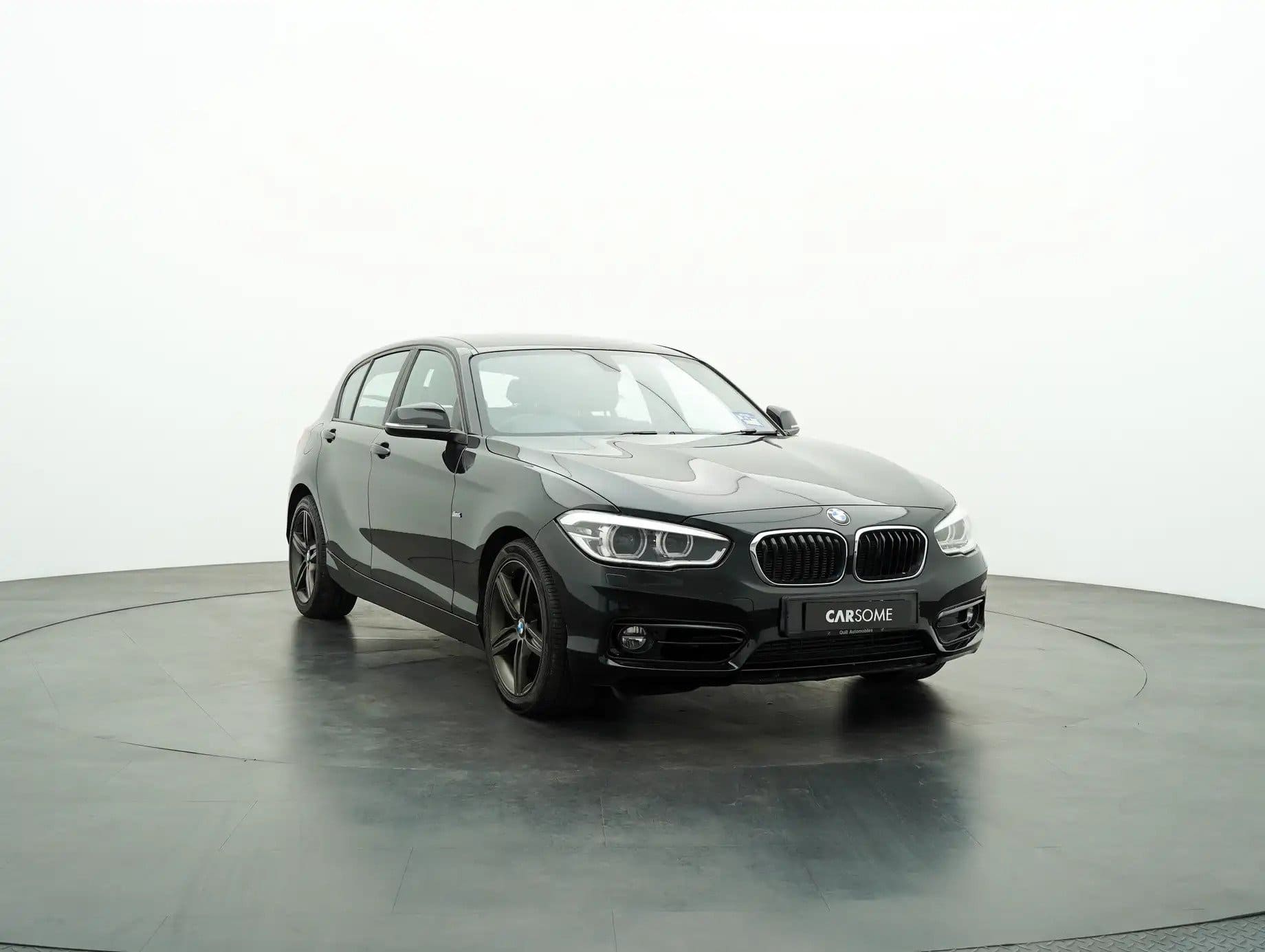 Getting a sporty hatchback during a recession may sound counterintuitive but hear me out here. While the 1-Series may be a peculiar choice, this little hatchback remains a sporty choice for those looking for a pocket rocket for a daily drive or a weekend car. Going against the likes of other hatchbacks like Volkswagen, and Mini Cooper, it’s hard to imagine how a luxury brand like BMW, known for their sporty sedans and coupes, made a hatchback in this segment.

What sets the 1-Series apart from its competitors is its rear-wheel drive (RWD) layout, an uncommon feature in the C-Segment hatch. For context, hatchbacks are commonly found in either front-wheel or all-wheel drive layouts. Upon its release, reviews of the 1-Series have been nothing but stellar, most notably with the hatchback delivering the best bang-for-buck money can buy.

Don’t let the small, 1.5-liter turbocharged engine fool you. The B38, inline-three engine dishes out a whopping 136 hp and 220 Nm of torque making it quick and nimble around corners. Just like the 320i, the 1-Series also prides itself on being an investment asset and a popular platform for modifications. If you’re looking to get one yourself, check out the 1-Series in CARSOME’s inventory below.

We’ve talked about hybrids, sedans, and hatchbacks that this German marque can offer. But what if you’re looking for something larger? If large SUVs are out of your reach, perhaps a medium-sized crossover can serve as a middle ground. Sharing the same platform as the Mini Cooper Countryman, the X1 runs on a peculiar front-wheel-drive layout commonly found in economy cars.

Having a higher ground clearance gives the driver better control and an advantage on the road. Naturally, there is still a demand for crossovers and SUVs in the used market. This turbocharged, four-cylinder engine delivers 192 hp and 280 Nm of torque making it a powerful everyday grocery-getter. Being an economy car, Wapcar reports that the crossover gets 6.5L/100km on average.

If you’re looking for a practical and luxury crossover for the family, check out our premium selection from CARSOME.

For some, downsizing to a German-branded car may be a bad idea, but, rest assured, all cars sold to CARSOME are put through a stringent 175-point inspection before we take them in. Furthermore, all of our CARSOME Certified Cars have a one-year warranty and a five-day money-back guarantee if you’re not happy with the car!