Volkswagen’s 8th Generation Golf Is The Most Progressive Ever 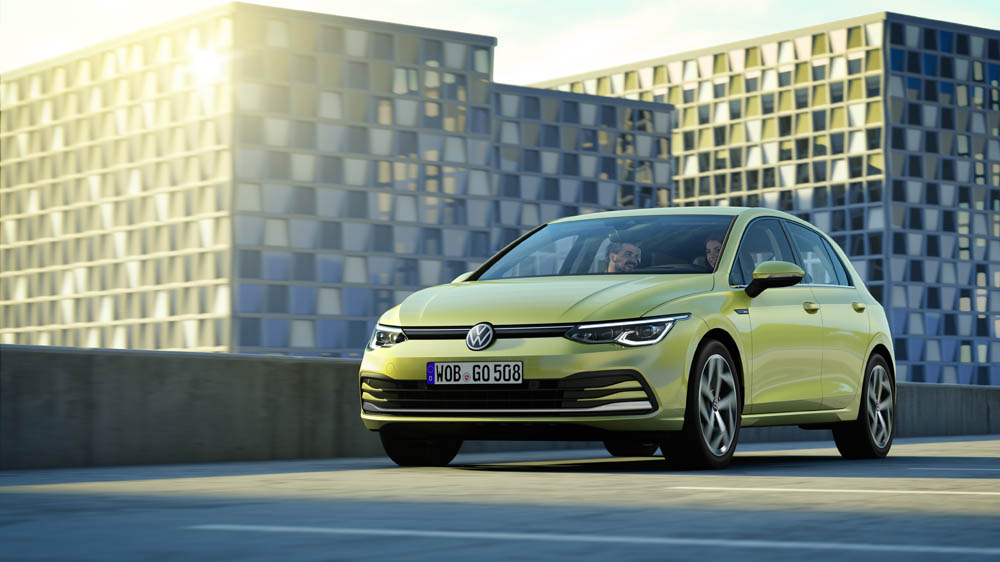 Volkswagen has premiered the all-new eighth generation Golf in Wolfsburg, Germany. It is hard to imagine that since its debut in 1974, over 35 million units have been sold globally. This makes the Golf the most successful European car for more than four decades. 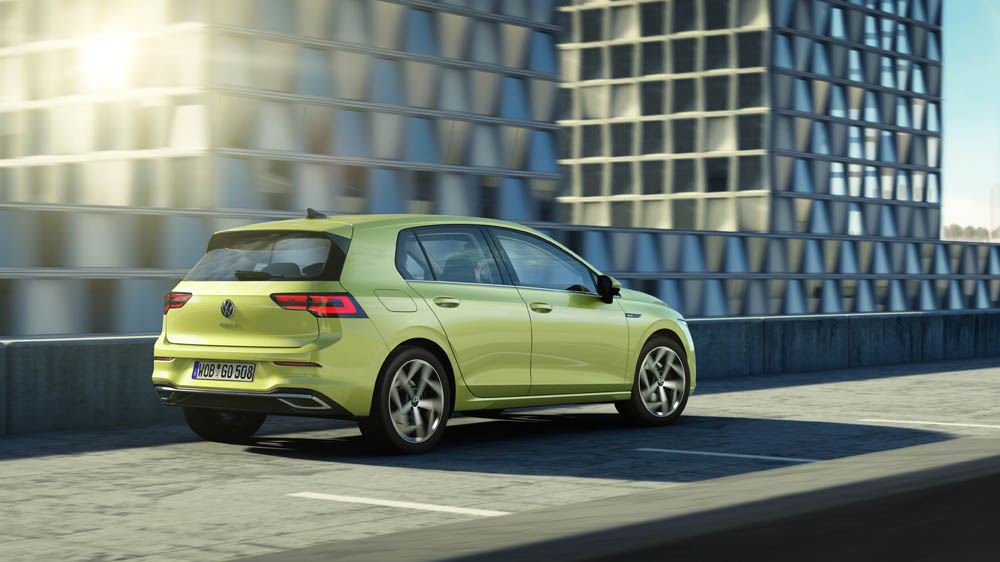 As the Golf enters a new era, the latest model is digitalised, connected and intelligent; on top of having a hybrid and safety offensive unlike before. The new Golf will be the first Volkswagen to launch onto the market with five hybrid versions and will also be the first VW with Car2X communication fitted as standard. 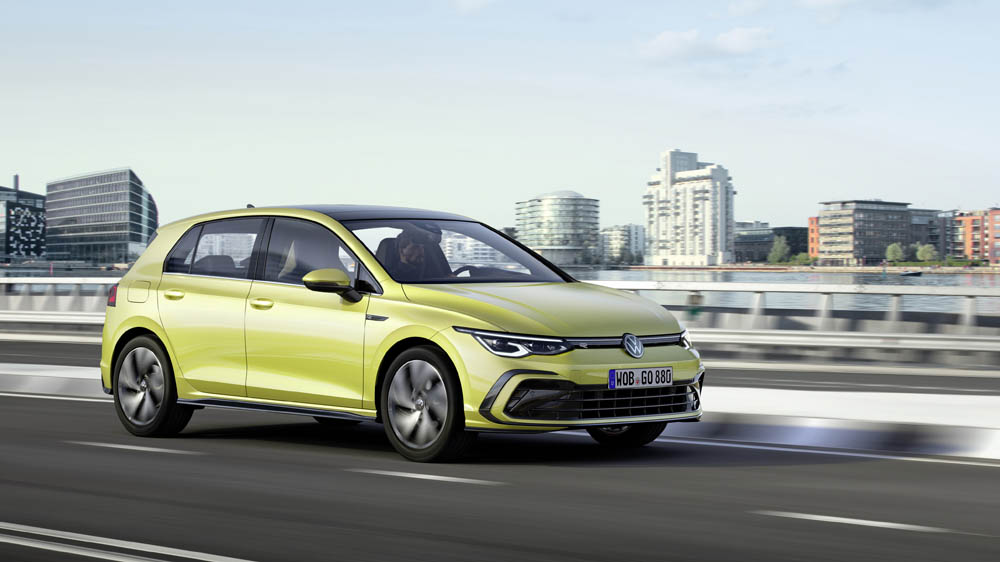 This new debut will see a belt starter generator, 48V lithium-ion battery and the latest generation of efficient TSI engines form a new mild hybrid drive in the eTSI. The benefits here is that consumption has been reduced by up to 10 per cent. VW will offer the Golf in three eTSI output stages, a 110 PS, 130 PS and 150 PS. 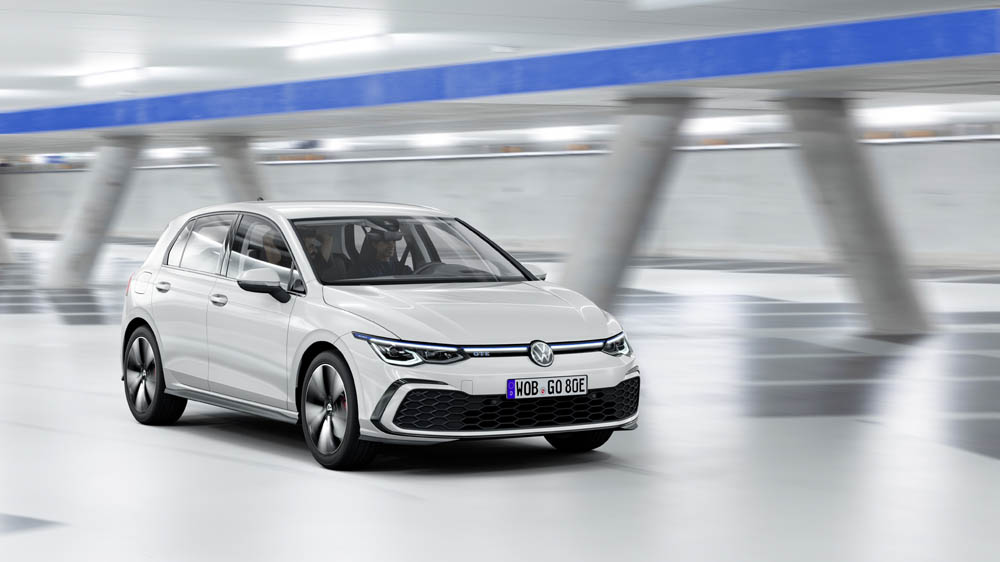 Two plug-in hybrid variants will also join the mild hybrids, with a new efficiency version generation 204 PS while the sporty GTE delivers 245 PS. Both Golf’s with plug-in hybrid drives will launch with a new 13 kWh lithium-ion battery on board that enables larger electrically powered ranges of approximately 60 km, turning the Golf into a zero-emissions vehicle temporarily. 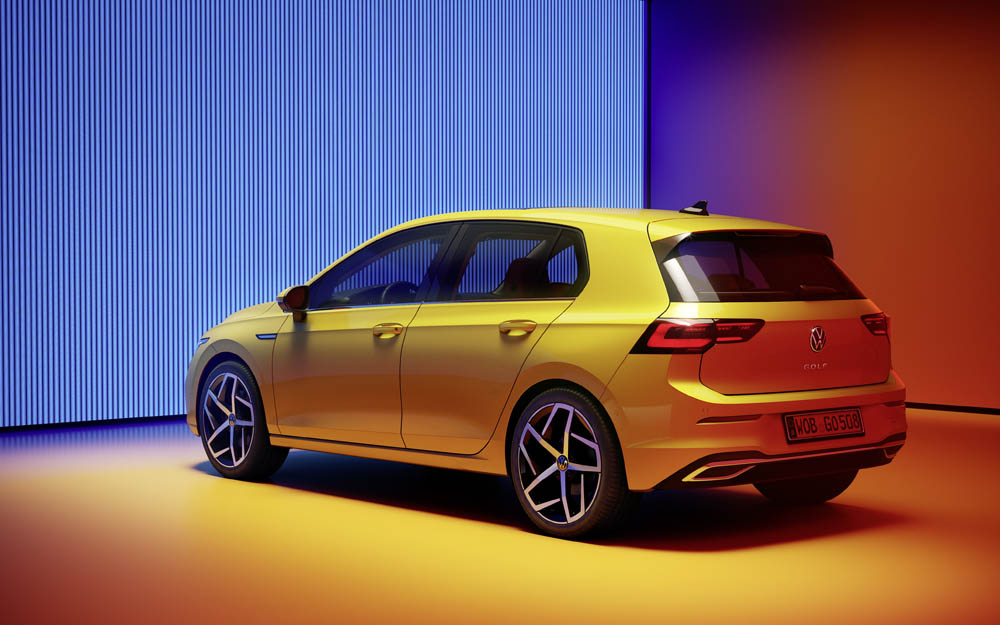 The full range includes a petrol (TSI), diesel (TDI) and natural gas drive (TGI). For the TSI, variants of the smaller 1.0-litre three-cylinder turbo petrol engines with 90 PS and 110 PS will lead the entry range, followed by a bigger 1.5-litre four-cylinder turbo with 130 PS and 150 PS. The new TSI’s have low consumption values and emissions thanks to elements including the innovative TSI Miller combustion process. 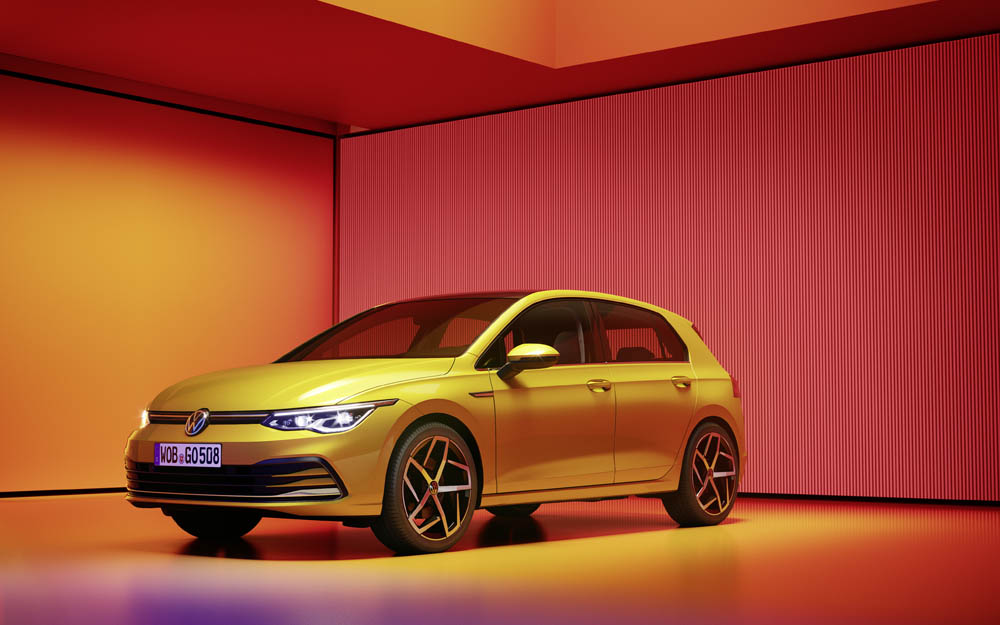 The diesels on the other hand will feature a new standard 2.0-litre four-cylinder turbos with 115 PS and 150 PS. Most importantly, the TDI powertrains uses twin-dosing technology (two SCR catalytic converters) to significantly reduce nitrogen oxide emission (NOx) by up to 80 per cent; additionally, TDI consumption is lowered by up to 17 per cent compared to its predecessor.

Completing the range is the natural gas driven 1.5-litre TGI engine with 130 PS. 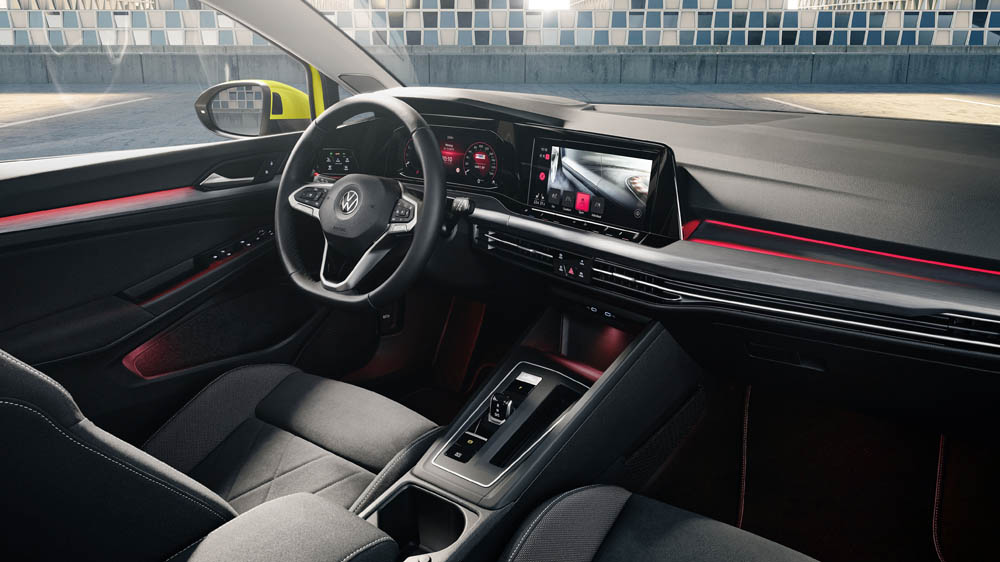 The minimalist design has made almost everything digital. From the 10.25-inch digital driver’s display and instrument cluster available in either 8.25-inch or 10-inch sizes, controls for the temperature, connectivity and radio are all in the infotainment unit. 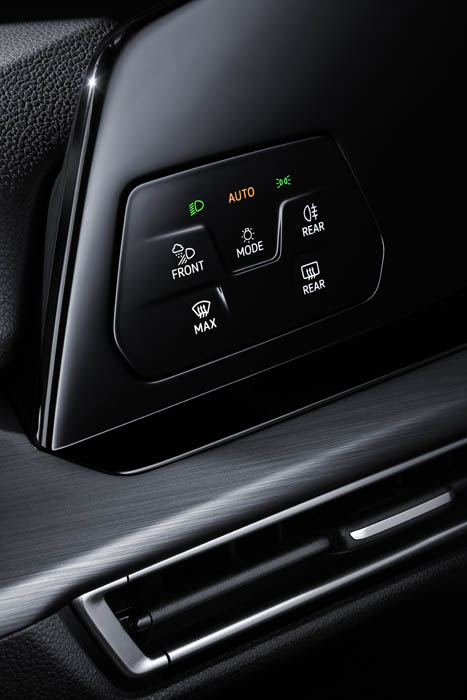 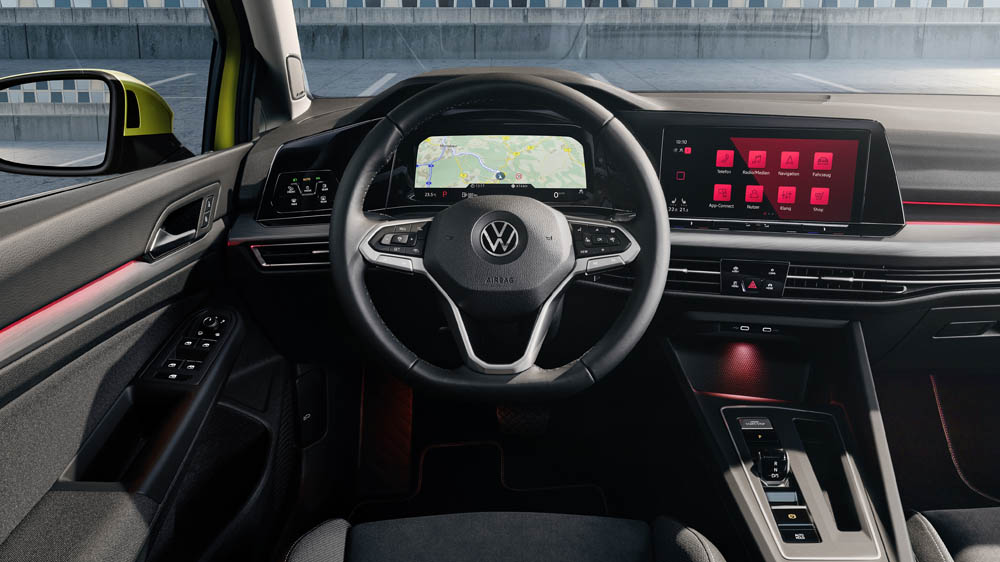 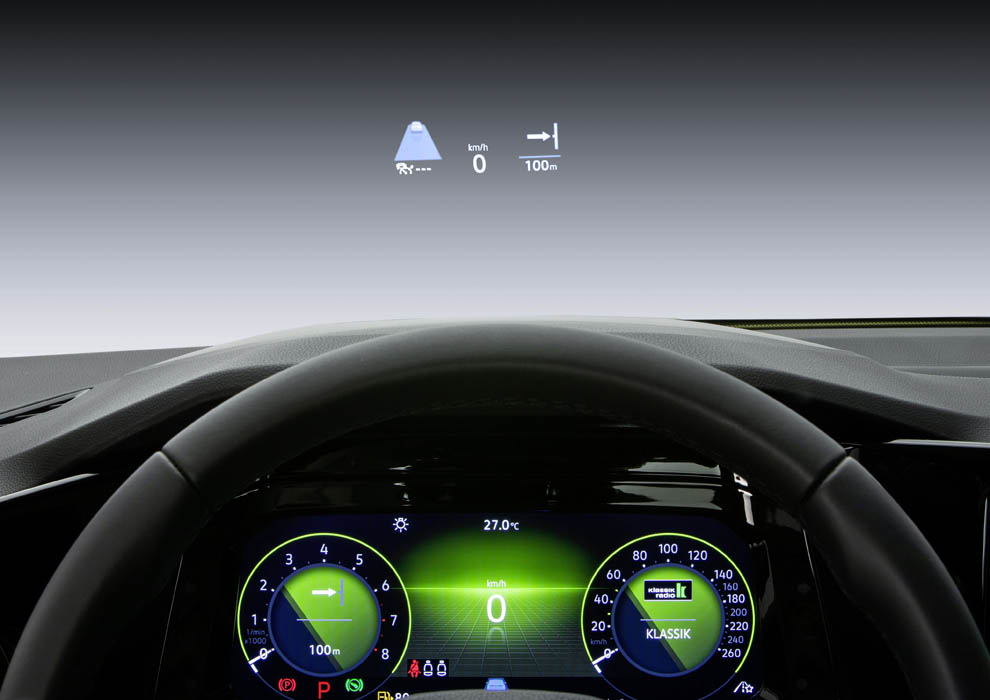 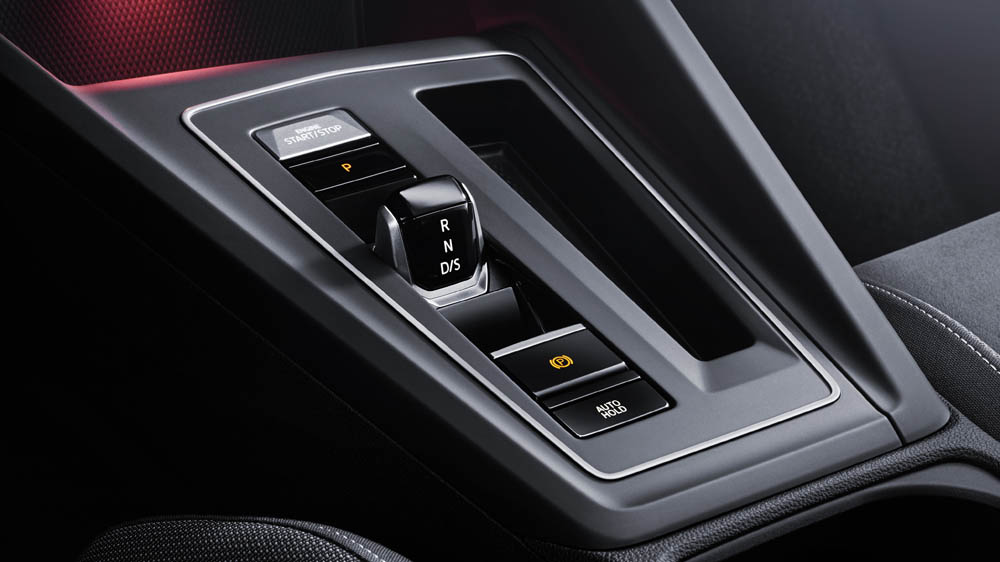 Depending on drive positions, the controls to the vehicle’s lighting has been replaced with buttons opposed to the wheel in the predecessors. The Automatic transmission units now have a much smaller gear knob as opposed to a lever, akin to that on the latest Porsche 911. 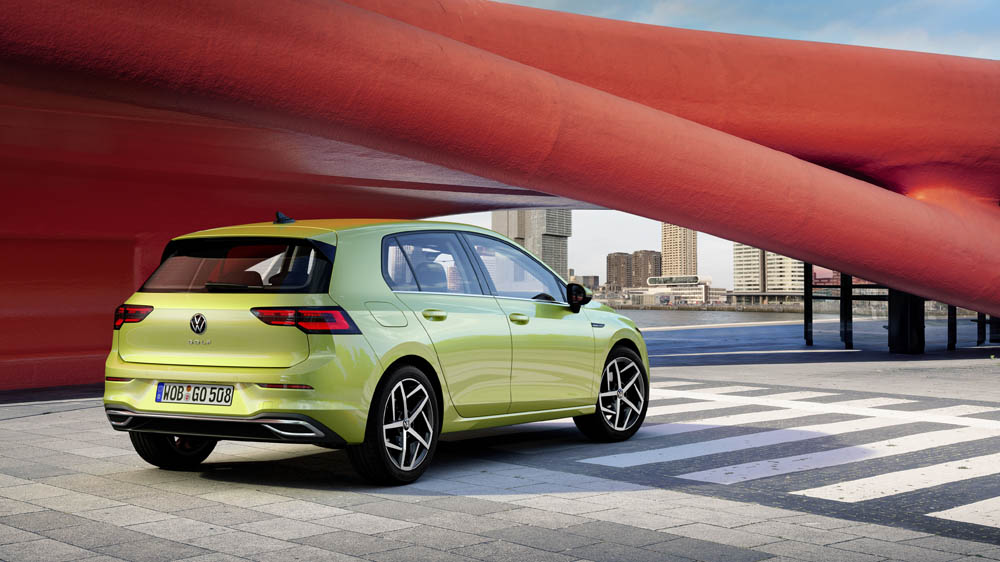 Thanks to an online connectivity unit, systems are linked to each other and features an integrated eSIM that links to “We Connect” and “We Connect Plus” online functions and services. If you are wondering what Car2X is, it is a system where signals from the traffic infrastructure and information from other vehicles up to 800 metres away are notified to the driver via a display. On the road, the Golf will share these warnings with other Car2X models, connecting to the environment, and sharing intelligence for the next phase in traffic safety, and is a first for the model. 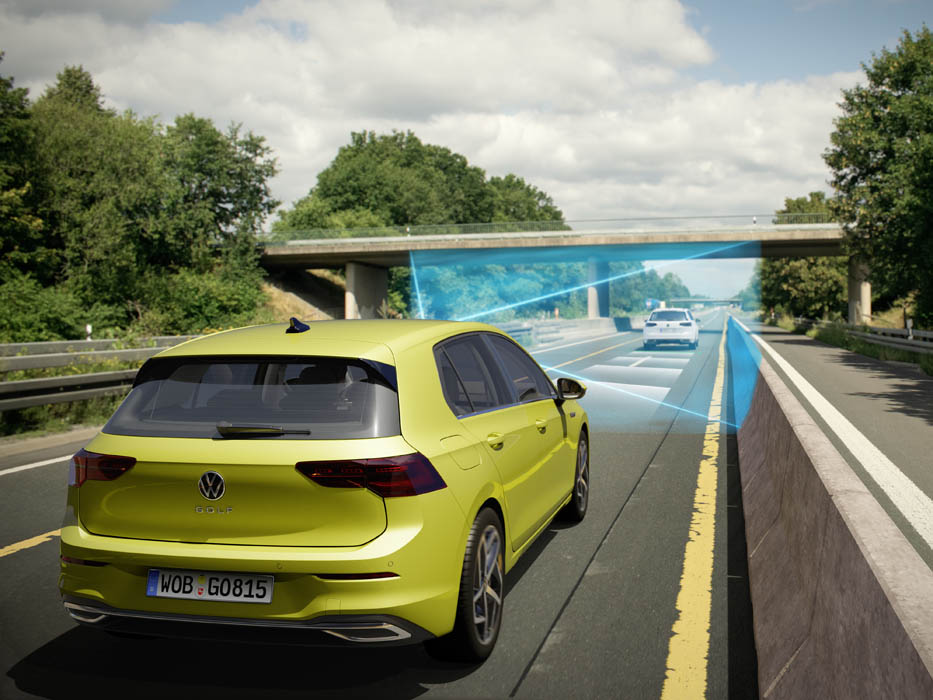 It doesn’t stop there. Semi-autonomous driving technology called ‘Travel Assist’ takes over steering, acceleration and braking at speeds of up to 210 km/h. The driver will still be required to place their hands on the wheel, but we are certain the future is near.

More information about the latest Golf will be released when it is set for launch next year.

Click here to read more about VW’s Golf GTI and watch the 40th anniversary tribute we did to celebrate the hatchback!

Trade-in your car for a new hatchback! Sell your car to Carsome today!