The Volkswagen Golf is a very special car. So much so that in its lifetime of seven generations since 1974, the Golf has not only been in the top three list of the annual European Car of The Year Award for every generation since 1975 but won twice, in 1992 and 2013. The latter was further highlighted with its win of the coveted World Car of The Year Award for the Mk 7. While the original Golf has its status as being an iconic hatchback, the brand’s more powerful GTI has its own cult following. 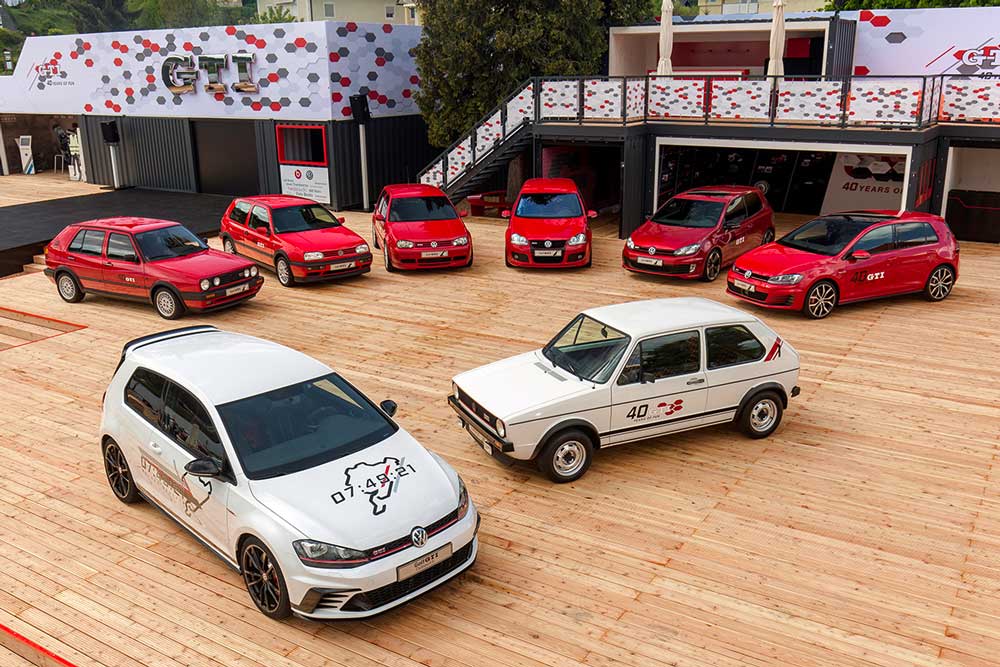 It is in Lake Wörthersee every year that thousands of GTI owners and fans flock to that shore in Austria to celebrate the quintessential hot hatchback. The annual gathering held since 1981 in Reifnitz is aptly named the Wörthersee GTI Treffen or Wörthersee Meeting, which even features a 1.5-metre stone scale replica of a Mk 2 GTI. Just earlier this year, over 200,000 gathered at the small town to show love of the hot hatch that is celebrating its 40th anniversary in 2016.

As a group, we managed to get together to do a tribute video in celebration. 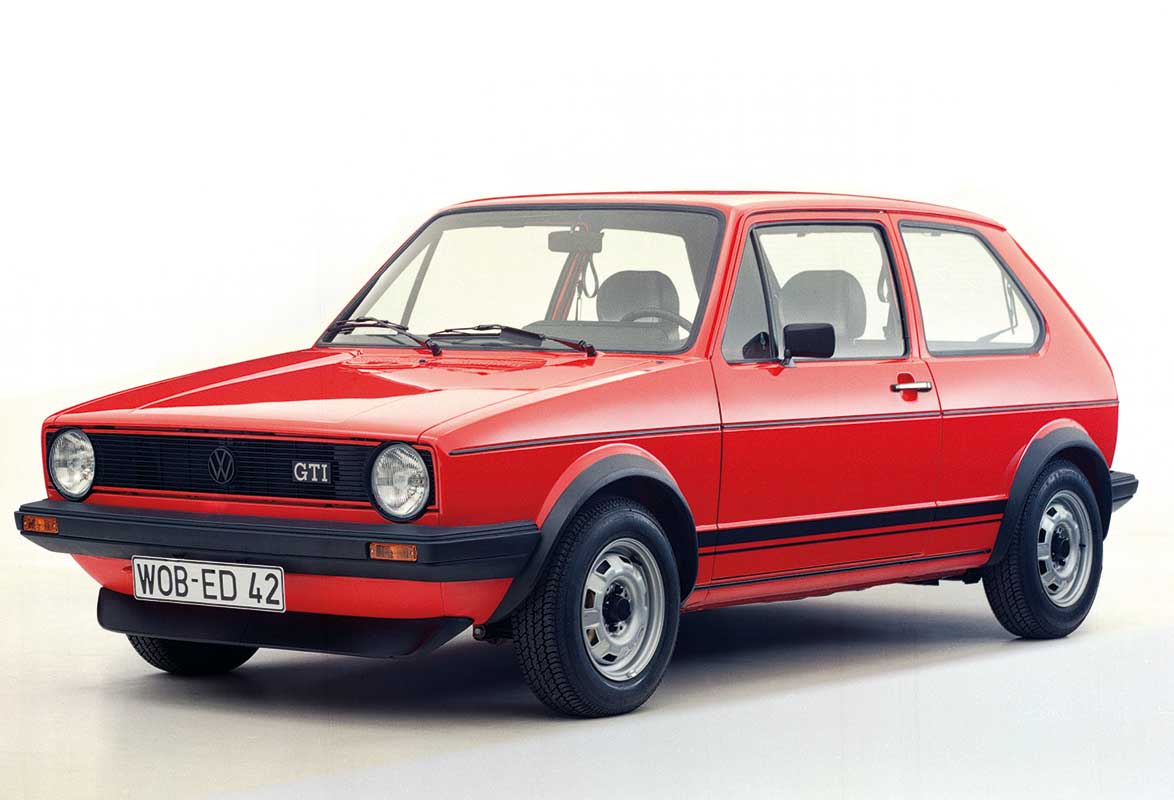 When Volkswagen first introduced the Mk 1 Golf to the world in 1974, the popularity of a hatchback was still in the early stages. VW named the Golf after Golfstrom or German for gulfstream, and served as a replacement for the Beetle with the recipe of a front-engined, front-wheel drive car. Designed by legendary designer Giorgetto Giugiaro of Italdesign, the Golf was so well received that in just two years, one million VW Golf’s would have rolled out of the production line.

But for VW, the standard Golf wasn’t enough. They wanted to make a hatchback that was comfortable enough for the everyday, and yet could be taken to the track. So the formula was simple – to squeeze in a 1.6-litre mechanical fuel-injection engine with a few external tweaks that exudes a car worthy to call the Gran Turismo Injection or GTI. 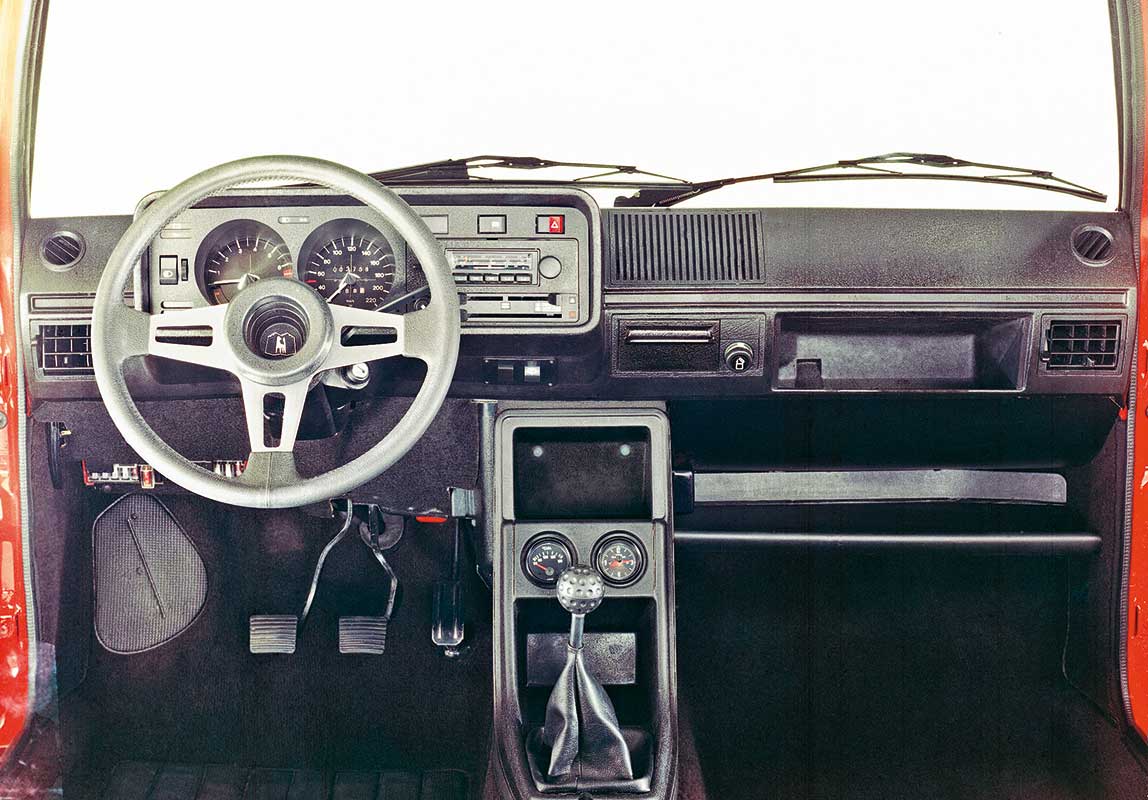 Thus began the hot hatch era that compelled a host of other manufacturers to the field. The Mk 1 GTI is a distinguishable vehicle with its tartan fabric seats, ‘spittoon’ steering wheel and golf ball gear knob, but most of all, the specification comparisons of the original versus the current serves as an example that despite the advancements the current Mk 7 GTI has achieved, the original Mk 1 GTI served as a truly magnificent vehicle of its time. 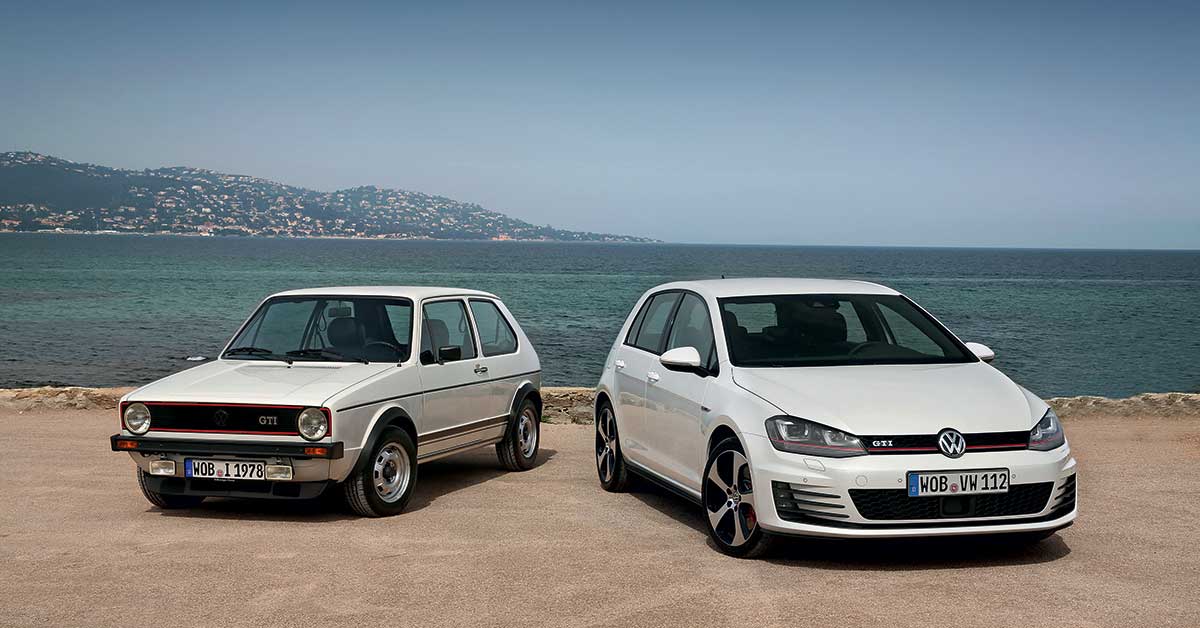 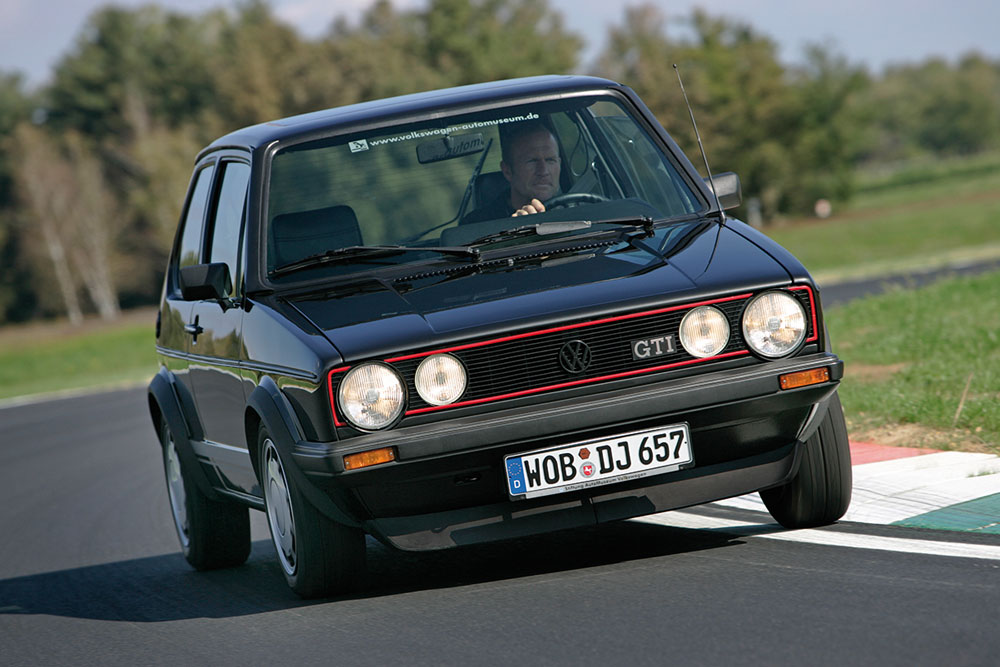 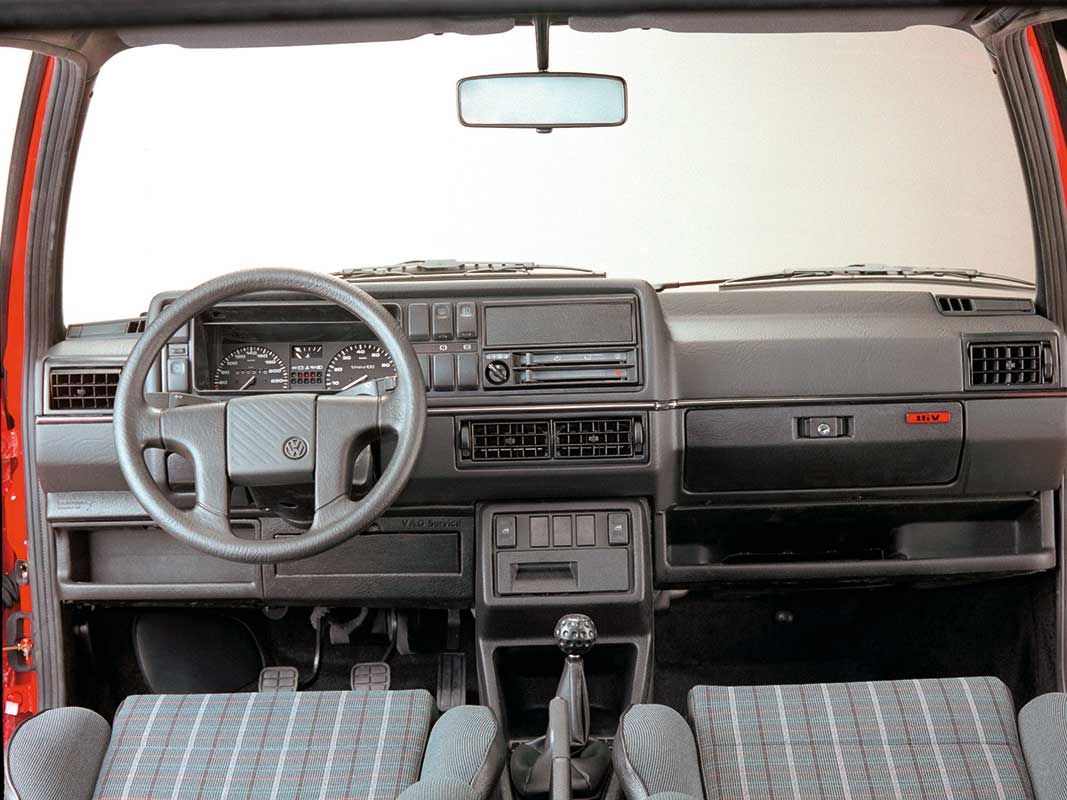 For Mk 2, the GTI became a status symbol in its 16-valve engine that made the GTI capable of a 208 km/h top speed. With its red grille, twin headlights and more aggressive bumpers, the Mk 2 was the introduction to the signature GTI styling evident even in today’s Mk 7 model. It is amazing that with the popularity of the GTI, it has taken less time for VW to introduce subsequent generations after the Mk 2. 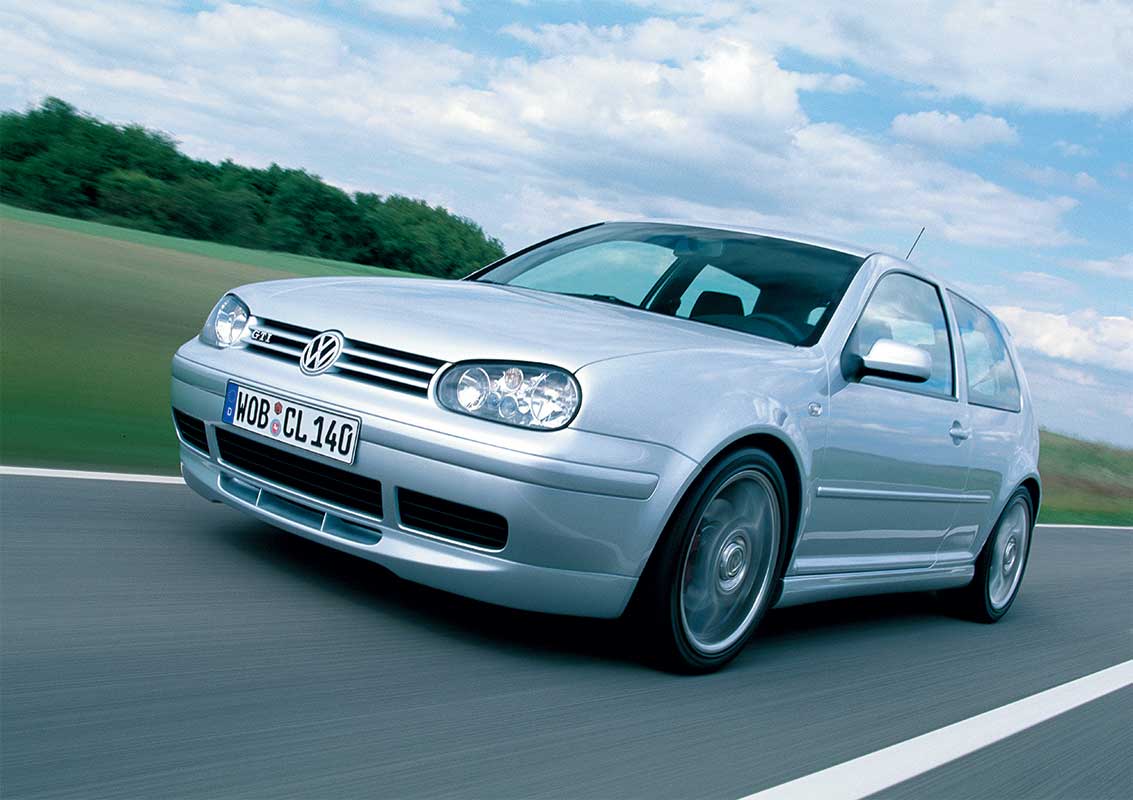 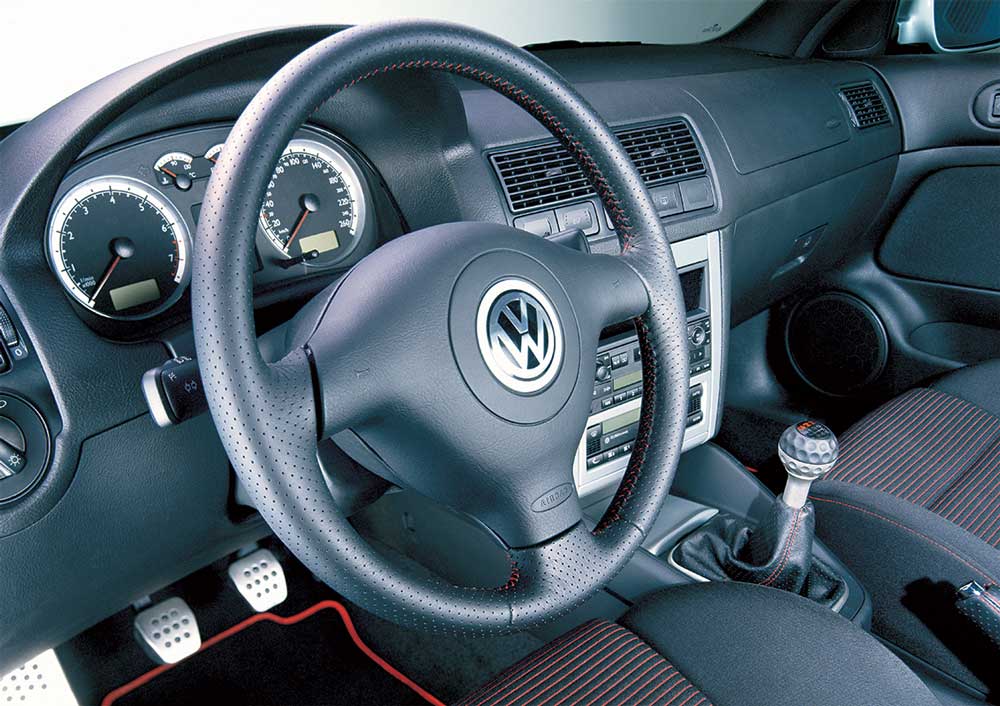 Just two generations and 17 years between them, the Mk 3 was born in 1991 with rounder lines and won the 1992 European Car of the Year award. The Mk 4 model soon came seven years later that many felt was lacking the flair of a modern GTI to bring itself into the 21st century. Despite having 10 engine versions, the Mk 4 GTI didn’t manage to catch the crowd. 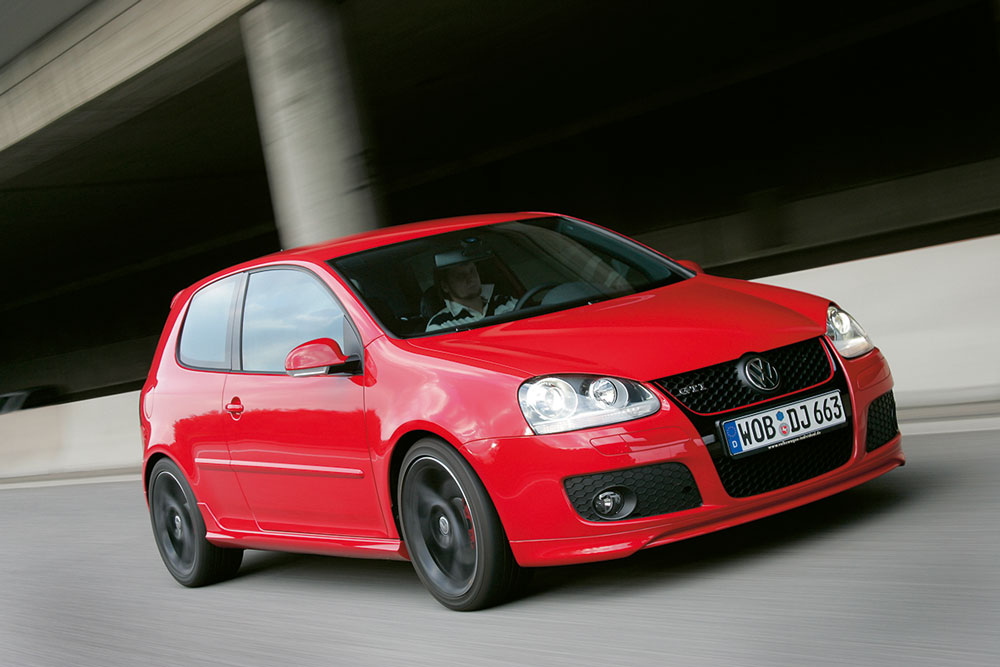 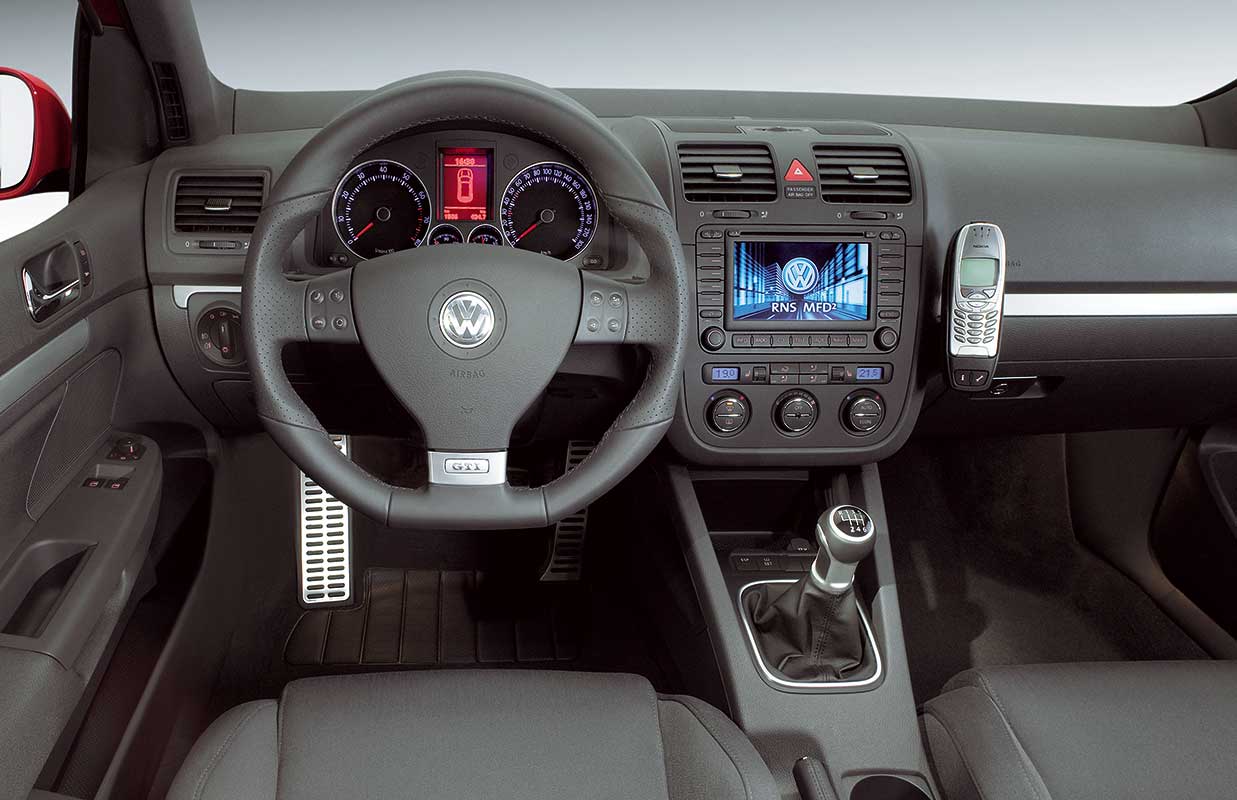 The Mk 5 was marketed as the GTI that was ‘For boys who have always been men’ and set it into a course of hot hatches that had 197 horsepower. The Mk 5’s two-litre TFSI also brought VW’s dual clutch transmission to the mass market and allowed it to sprint from a standstill to under 7-seconds. 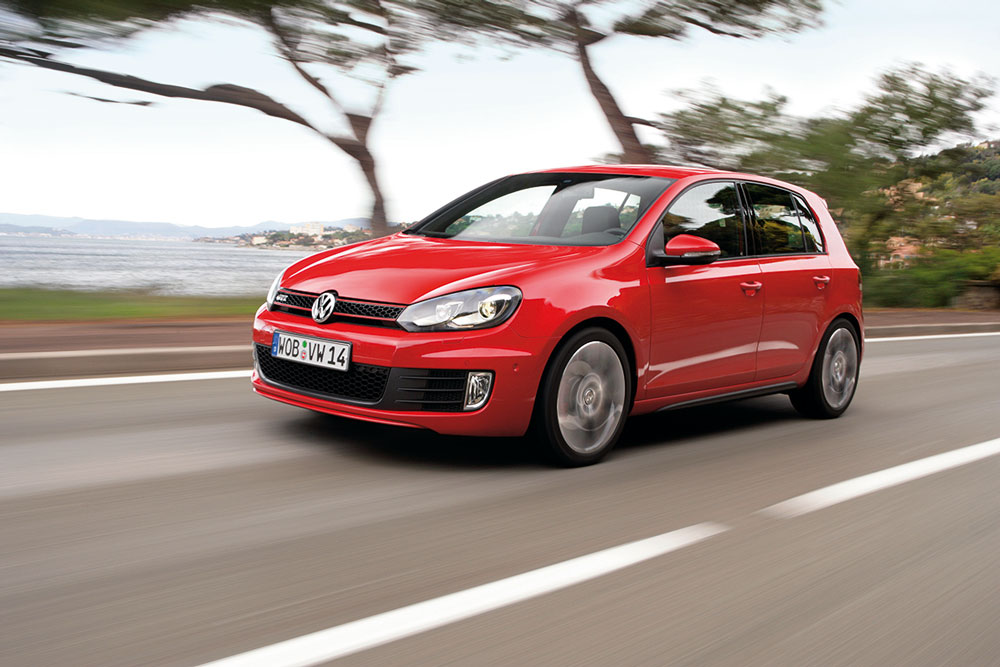 The only way VW could up the ante was in its Mk 6 GTI which delivered even more power and a higher top speed. This made it achieve up to 232 hp with the Edition 35 anniversary model and in also a first, had the first ever GTI Cabriolet. 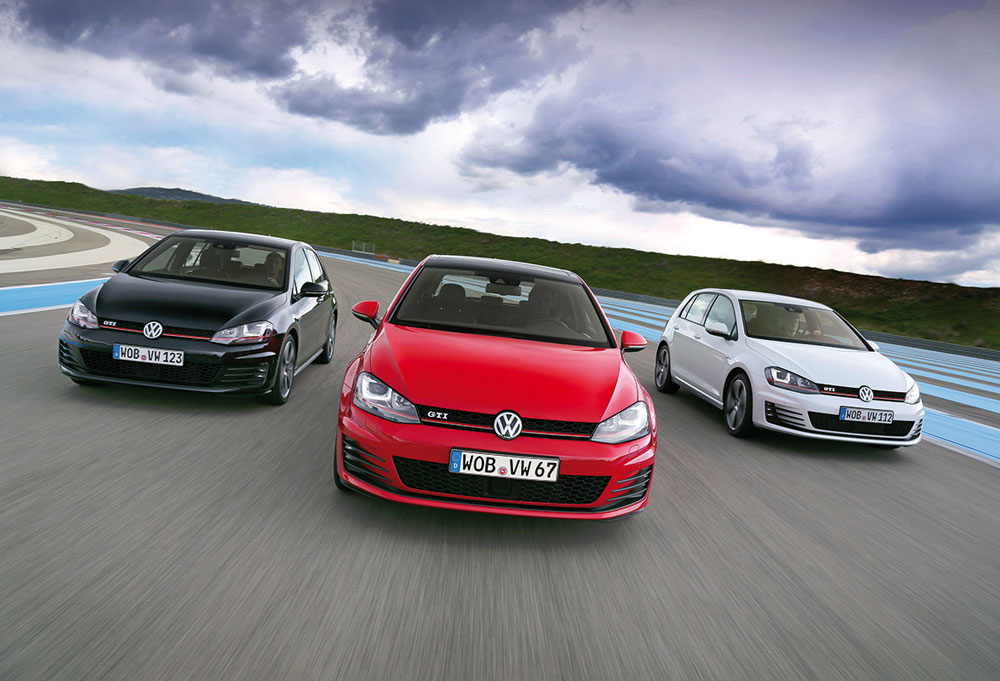 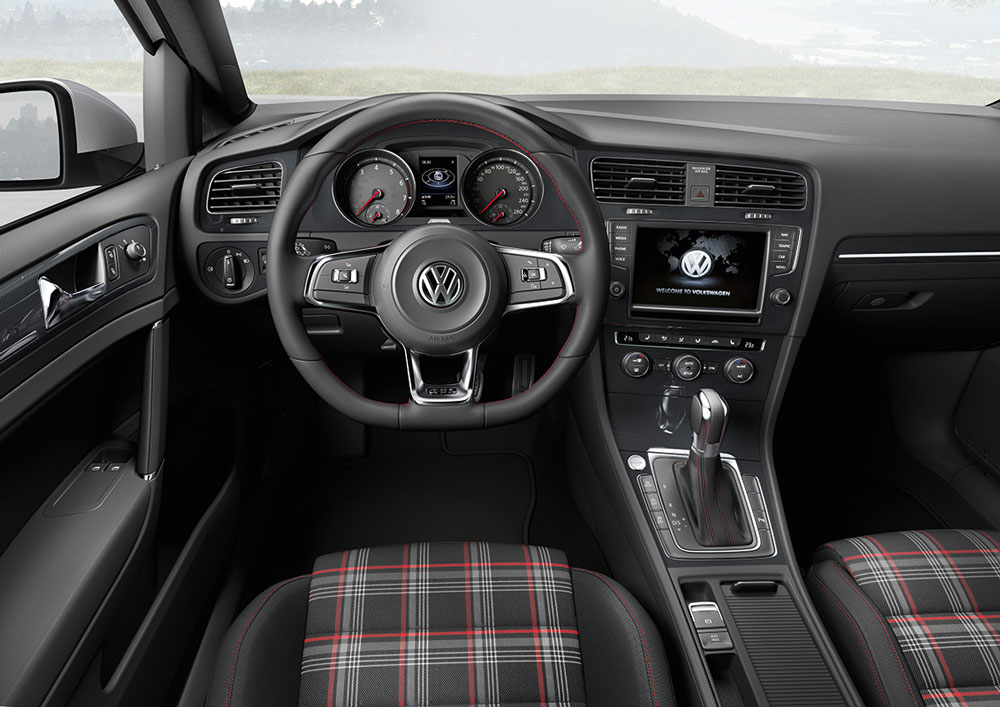 Today the Mk 7 is the Golf that has won over many. It was not only crowned European Car Of The Year but also World Car Of The Year 2013. GTI characteristics of the honeycomb grille, red brake calipers on the outside and further accentuated by the checked pattern seats and classic golf ball gear knob. In terms of today’s power, the latest GTI Clubsport takes the standard GTI to another level. An increase from the standard 2.0-litre TSI engine, the Clubsport’s output is rated at 257 hp with an interesting overboost or power up to 286 hp for short periods as opposed to the common torque boosts. 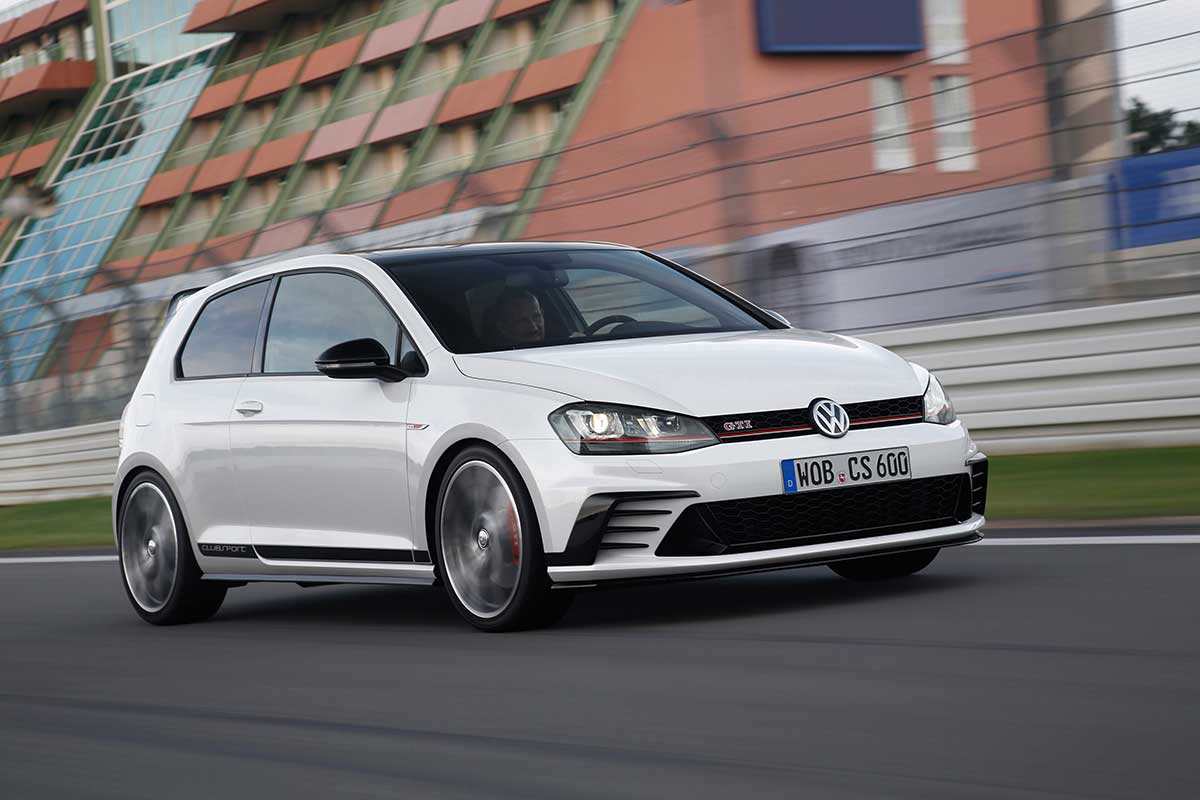 So after seven generations, the Golf and GTI are at its current renaissance with a bright future paved for the original hot hatchback. Walter de Silva, VW’s former Head of Design said, “One of the keys to the Golf’s success lies in its continuity. There are a handful of cars with a design that, like the Golf’s, has been refined, tweaked and enhanced down the decades and thus become timeless.”

And what a time it is to be living in. Here’s to half a century of the Golf.