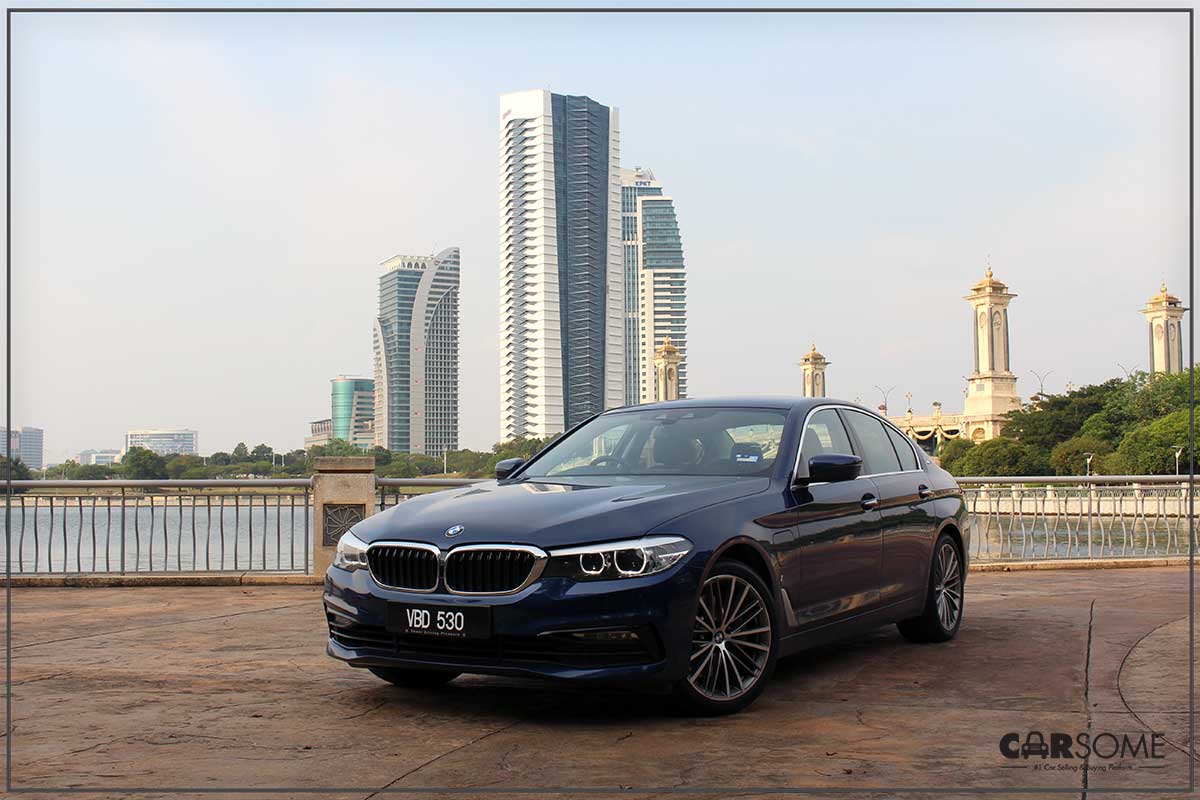 When it comes to PHEVs locally, the BMW Group in Malaysia is leading the plug-in hybrid line-up and is doing its best to keep it there. Out of 10 PHEV models currently available for sale in the country, BMW Malaysia has seven including the Mini Countryman PHEV. Year-to-date, the Group has delivered close to 10,000 of its iPerformance vehicles, with the lion share of 56 per cent accounting for iPerformance vehicles alone. While this doesn’t seem like it’s a large number, globally the brand sold a total 63,197 cars, with Malaysia representing the top three markets for BMW plug-in hybrid deliveries. Yes, you read that right. 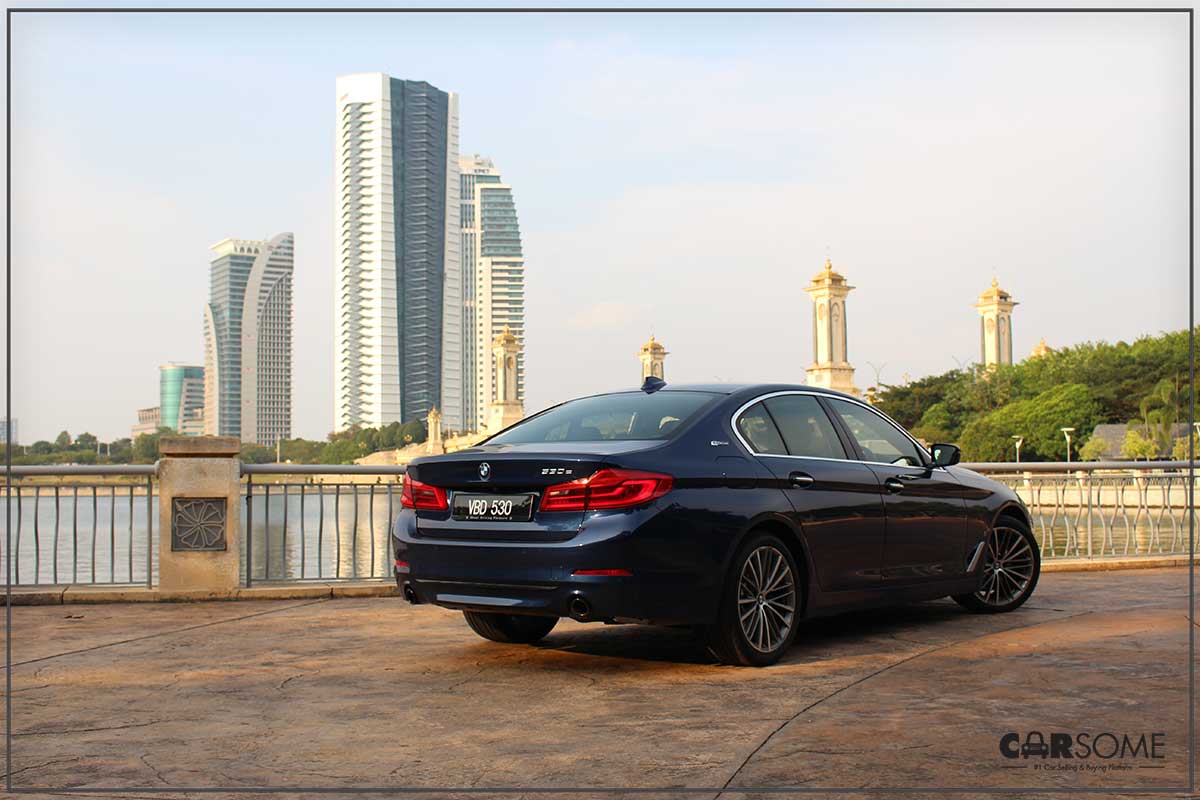 At the heart of its current line-up, BMW’s 530e is an important car for the Munich based brand. It is the latest passenger PHEV from them (apart from the new i8 coupé and roadster sports cars), that slots right in the middle of their PHEV offerings. We recently test drove the 530e and this is what we experienced.

Its Styling is More of an Improvement of The Last 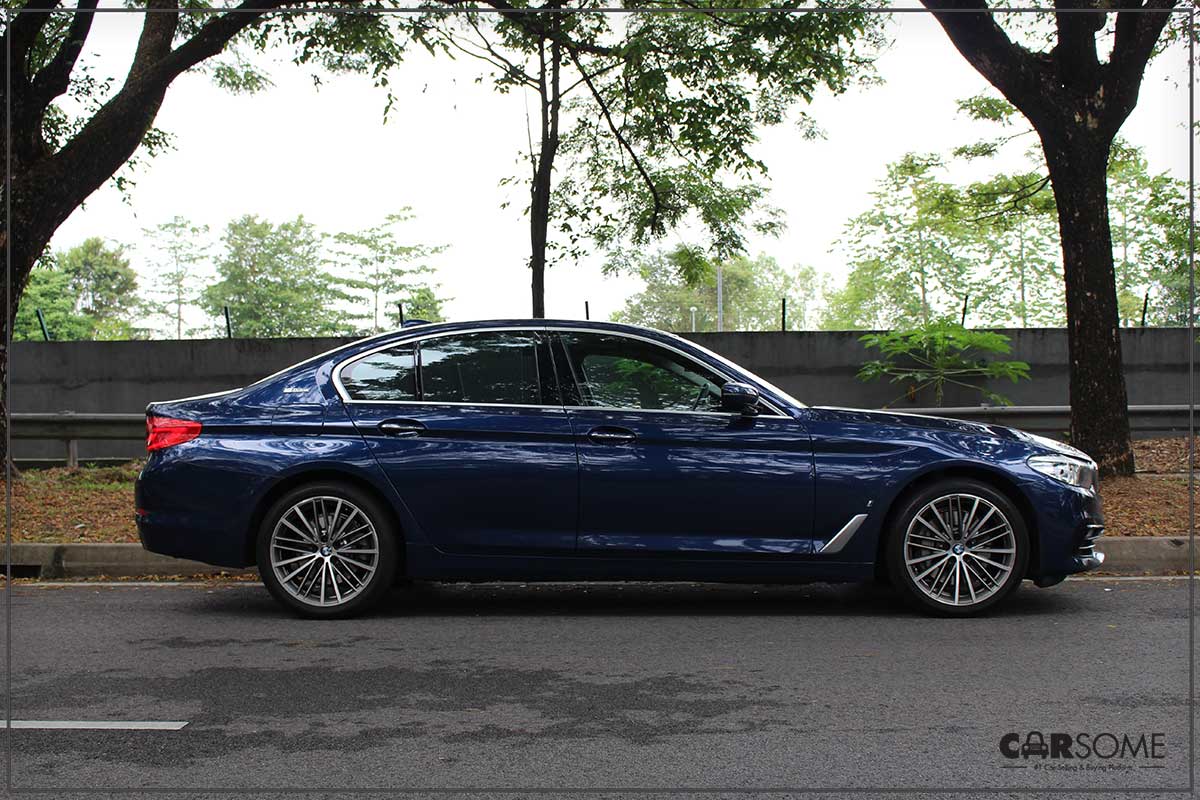 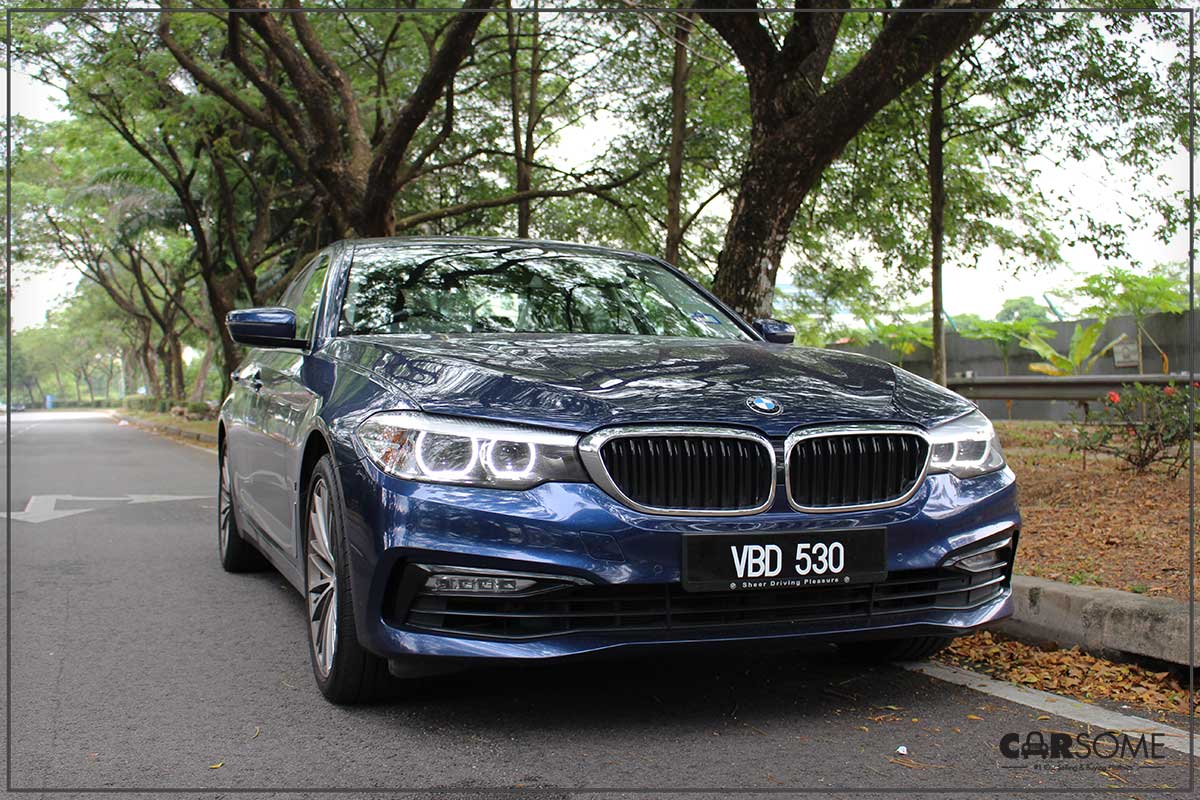 In the eyes of many people we’ve heard from, the current generation G30 5-Series “looks like the previous F10”. We somewhat agree with this. The G30 very much retains the F10 lines, however it is significantly leaner and sleeker in shape, one that achieves a drag coefficient figure of 0.22 cd. To get to this figure, BMW stuck their car into a wind tunnel and improved the numbers by 10 per cent compared to the F10. How good is 0.22 cd you say? Well BMW’s very own sleek i8 coupé sports car drag is recorded at 0.26 cd.

It Is Green. Greener Than You Think. 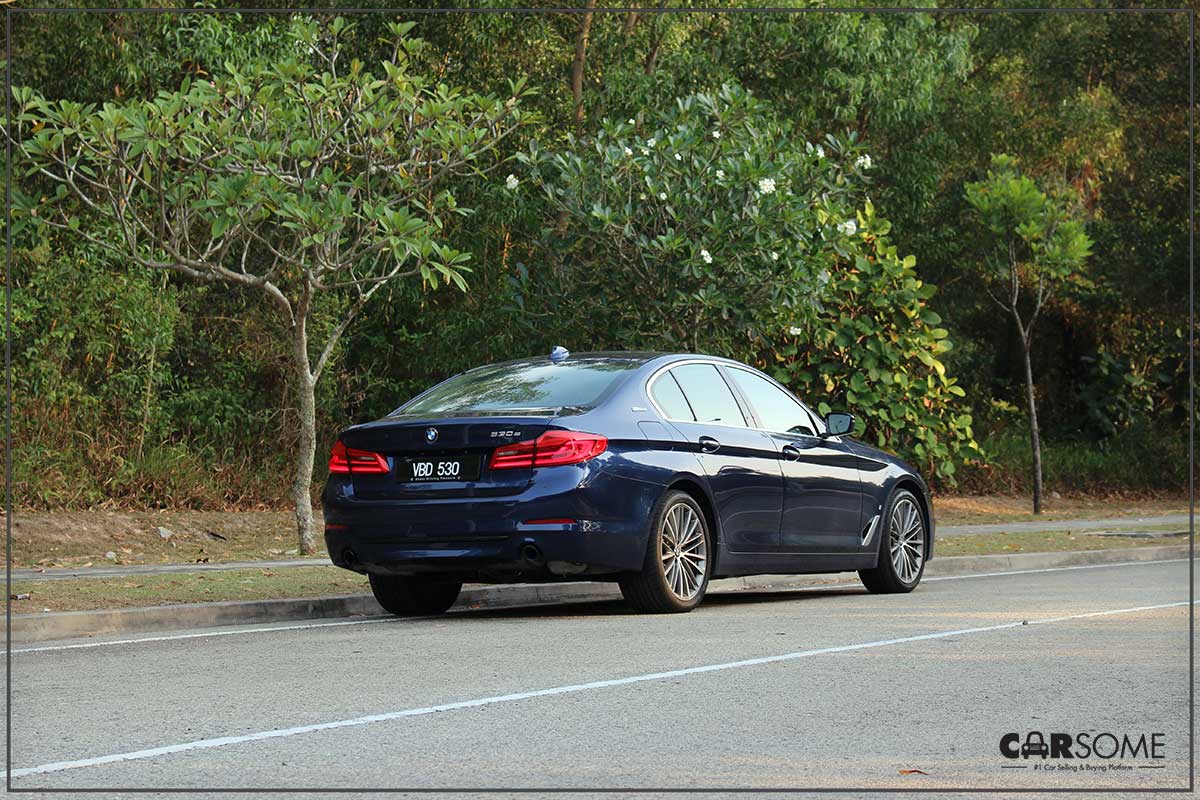 Generally, a car’s green figures are seen in its fuel consumption and carbon dioxide emissions, which usually translates to how efficient the vehicle is able to consume petrol in its cleanest state. Here BMW’s 530e is rated at 2.0-litres per 100 km and CO2 emissions at 46 grams per km, which is admirably very green. Until you take into consideration everything else. 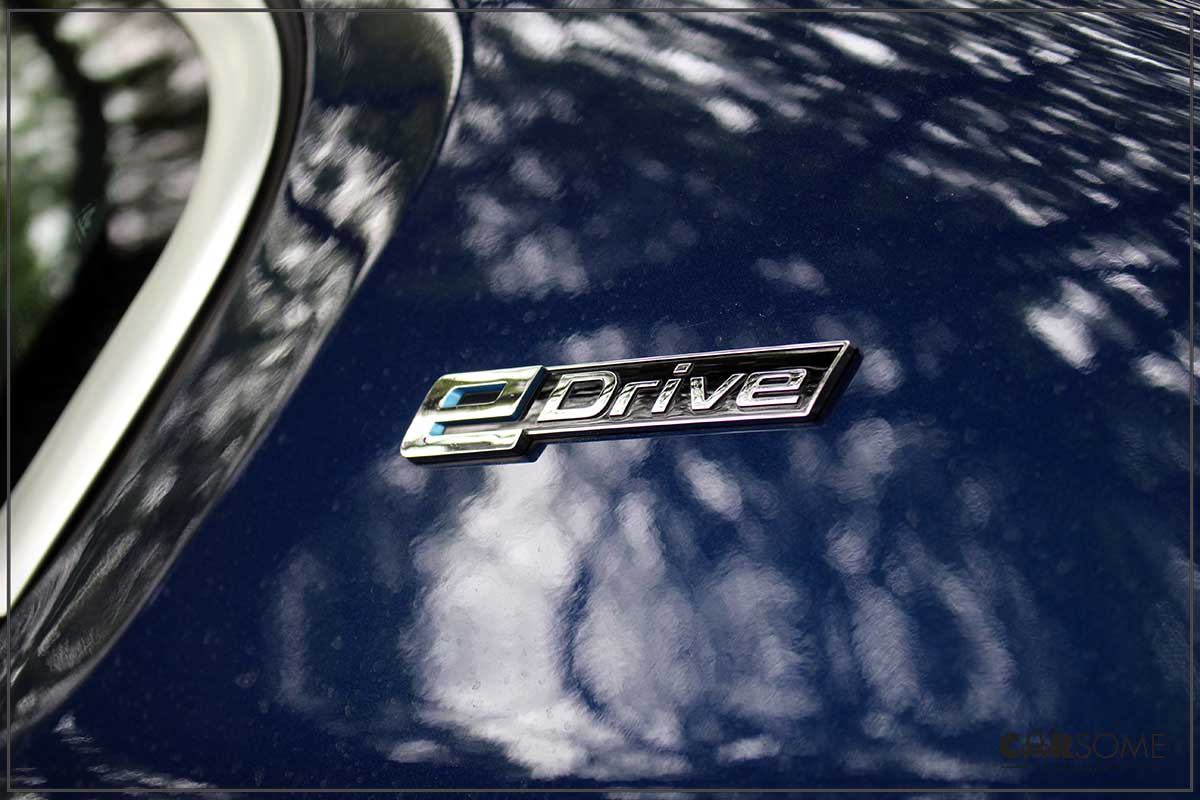 Upon further reading, we found out that the 530e has been recognised via ISO Certification by the TÜV Rheinland inspection authorities. This independent certification in accordance with the ISO 14040 and ISO 14044 standards showed that the global warning potential of the 530e is 15 per cent lower than the 530i. Furthermore, if only renewable generated power is used to charge the battery, the impact reduces to as much as 47 per cent. To explain further, the “global warming potential” is calculated in the form of CO2 equivalents and it takes into account the environmental impact of the entire lifecycle of the vehicle, from the extraction of raw materials and the manufacturing process as a whole to the usage phase and recycling.

iDrive is Still One of The Leading Infotainment Systems Out There

The 530e features the latest-generation iDrive with the live tile layout through the 10.25-inch display. Tile positions here are configurable and has access to main vehicle systems including navigation. However, Apple CarPlay and Android Auto doesn’t come standard, but is an optional software add-on. 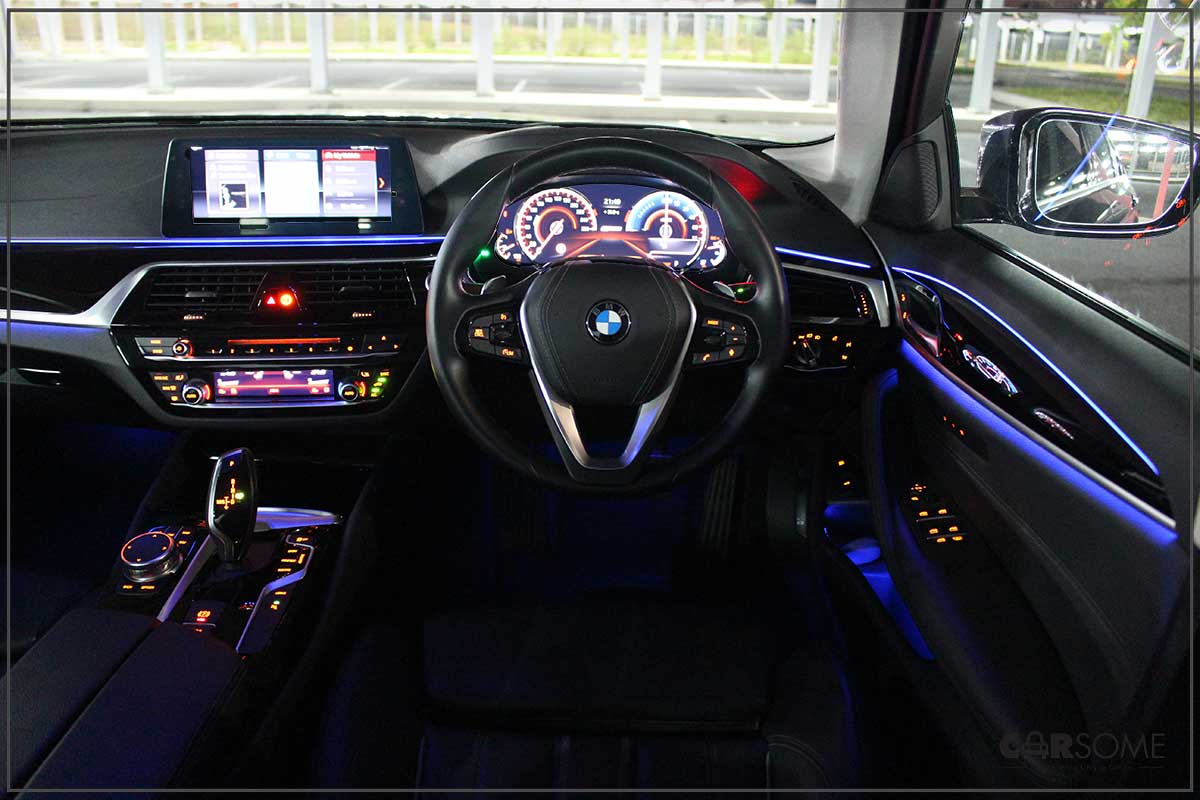 The reason why we feel that iDrive shines is through the intuitive system, speed and input methods. Alongside Mercedes’ Comand and Audi’s MMI, iDrive input method’s include the traditional click wheel, touch sensitive pad, physical shortcut buttons accompanying the click wheel as well as the touch screen. While there are similar combinations on both Comand and MMI, placements vary on the manufacturers.

It’s very much an improved PHEV 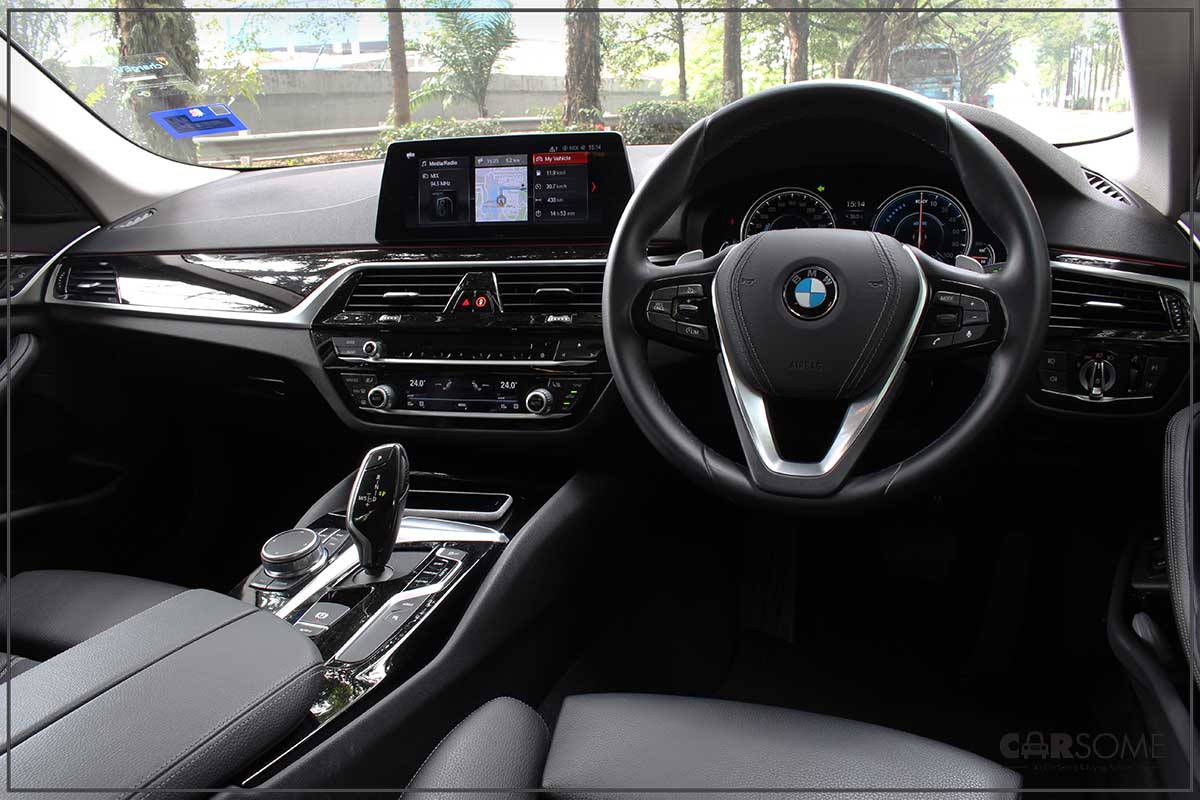 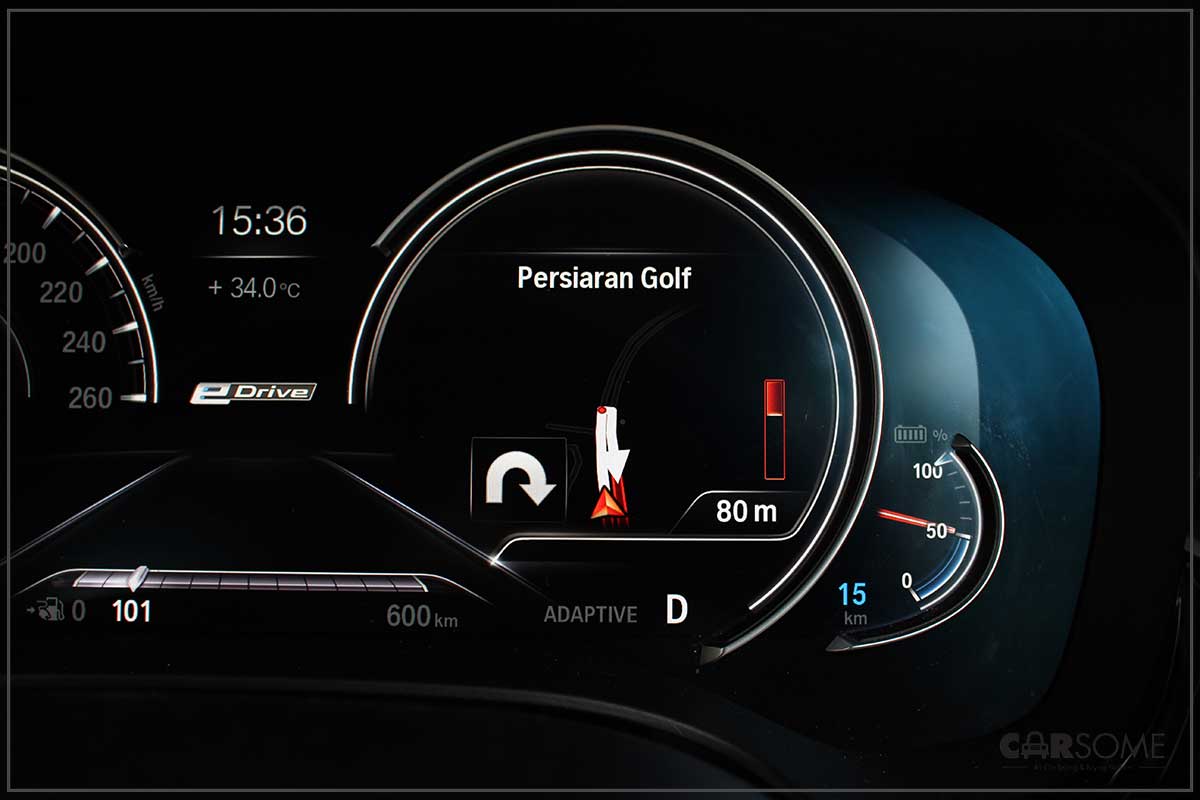 While the local 330e and X5 xDrive 40e is based on the last generation vehicles, the 530e is riding on the current seventh generation G30 5-Series. In terms of use, everything here is relatively a new experience. Most significant differences include the instrument cluster display and the way eDrive works. 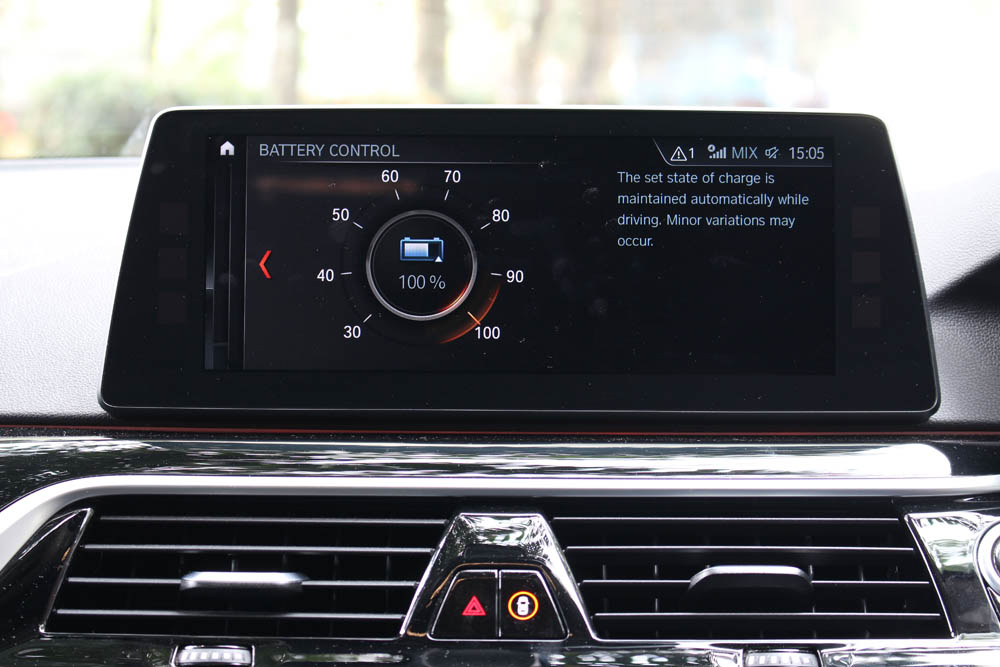 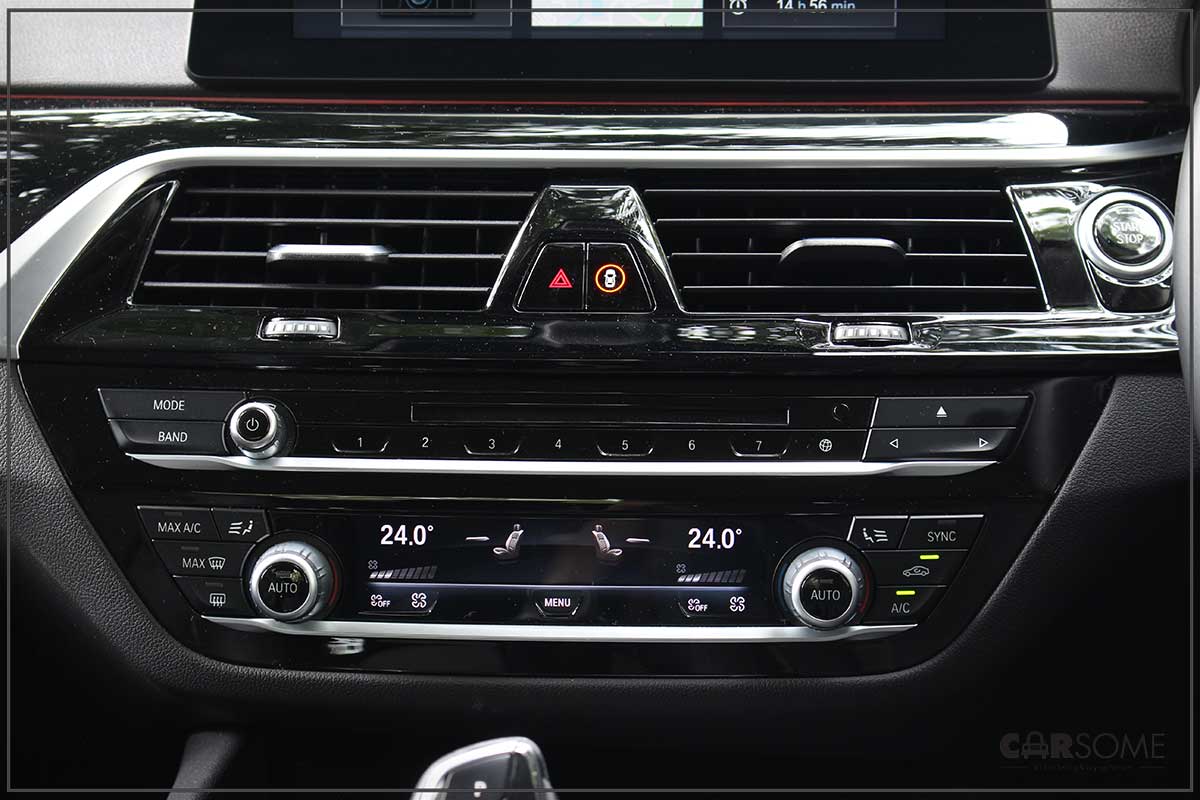 Unlike the early iPerformance vehicles mentioned above, eDrive on the 530e has been upgraded to best suit its electric-fuel economy nature. By default, all driving modes whether it is Eco Pro or Sport charges the battery upon throttle lift off. This extends to the petrol engine as well. When in Sport mode with the combustion engine running, start-stop takes any possible opportunity to cut the engine off when the car is stationary. The one way we realised would stop this, is to engage the transmission into manual mode. But the main highlight here is the addition of Battery Control, where the driver can now set a battery save target up to 100 per cent to use later in the journey.

What we think improves the experience better

One of the most important additions that’s omitted in the 530e’s locally is the Head-Up Display. While we understand that it is due to BMW Malaysia’s positioning of iPerformance vehicles being the entry or sole variants for specific models, the lack of it in the 5 Series is quite significant; making it the only main model in the brand’s current line-up without it. 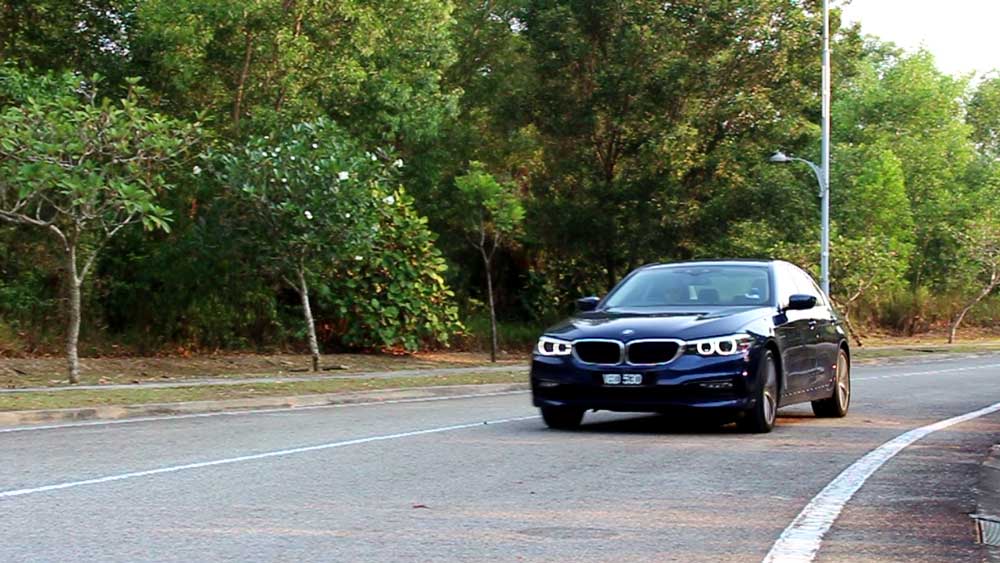 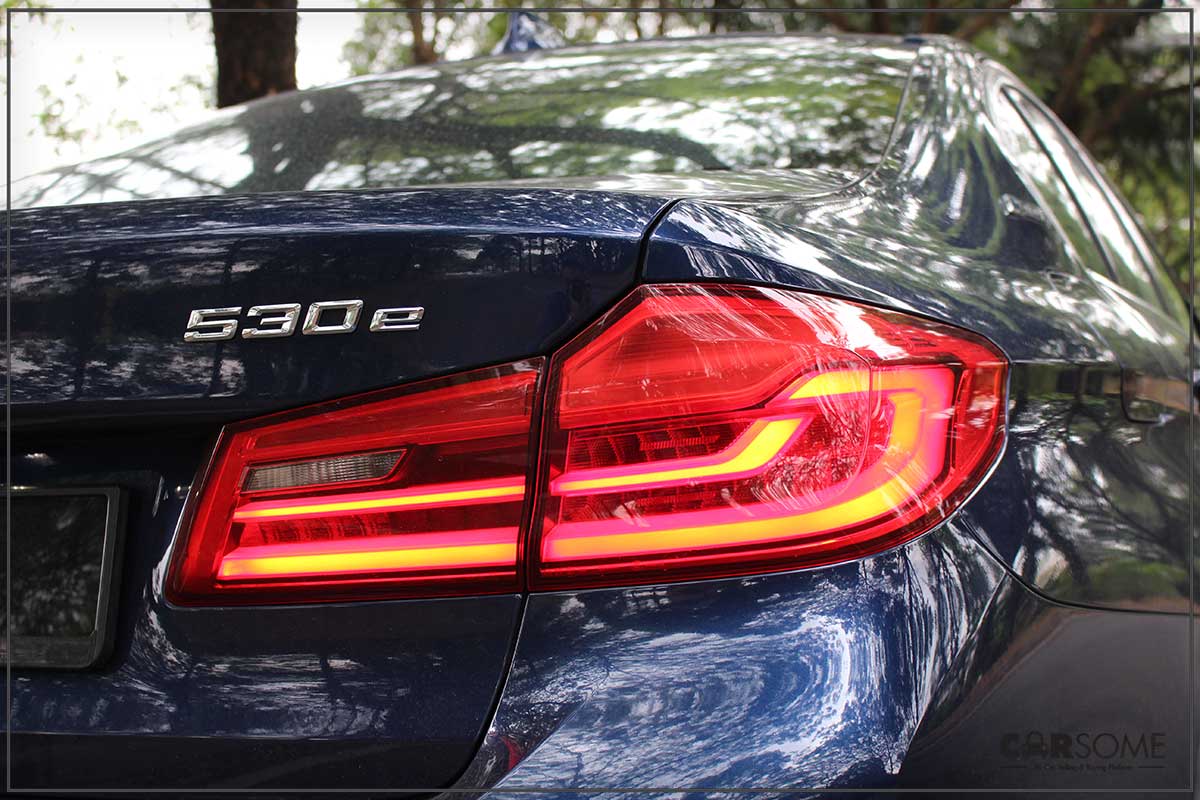 Something else within the Intelligent Safety section bothered us. By default and active, Blind Spot Detection provides visual alerts through the wing mirrors and vibrations through the steering wheel should the driver move too closely. Although we wanted to disable the steering wheel vibrations through the individual setting, the system actually deactivates Blind Spot Detection entirely (visual and vibrations). While this is great for those who prefer it completely on or off, there should be an option to work the alerts independently.

Checked out the all-new 2019 BMW 3 Series yet? Click here for the full rundown!

Need to know more about BMW’s iPerformance vehicle range? Click here for our explaination to why we think it’s a great intro to your first PHEV.

Ready to get that new BMW? Sell your car through Carsome and you could get up to 20 per cent higher than average trade in price!