Perusahaan Otomobil Nasional Berhad (Proton) undoubtedly has a special place in the hearts of many Malaysians. After all, it is our first national car brand. The company has produced numerous vehicles over the years from compact hatchbacks like the Proton Iriz to practical multipurpose vehicles (MPVs) like the Proton Exora. So let’s take a look at how Proton started and the cars it produced over the years. 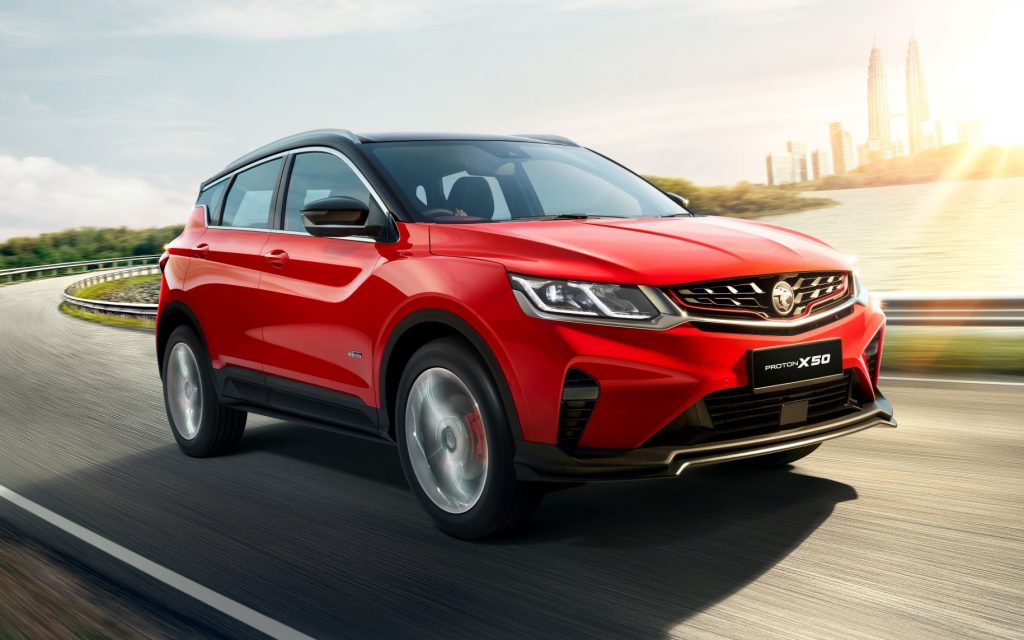 How Did Proton Start?

In 1979, the Deputy Prime Minister at the time Tun Dr. Mahathir presented the concept of a “Made in Malaysia” car to the Cabinet.  The project was approved in 1982 and Proton was later founded on 7 May 1983. Proton was headed by Tun Dr. Mahathir, who by then was Prime Minister. It was owned by Khazanah Nasional, which is Malaysia’s sovereign wealth fund.

Proton started its journey by partnering with Mitsubishi Motors to produce its first car, which led to the launch of the Proton Saga on 9 July 1985. The first generation Proton Saga is based on the Mitsubishi Lancer Fiore four-door sedan, powered by a 1.3-liter Mitsubishi Orion 4G13 engine. The parts and technology for all Proton cars were provided by Mitsubishi in the beginning but Proton later produced its own parts and designed most of its vehicles. 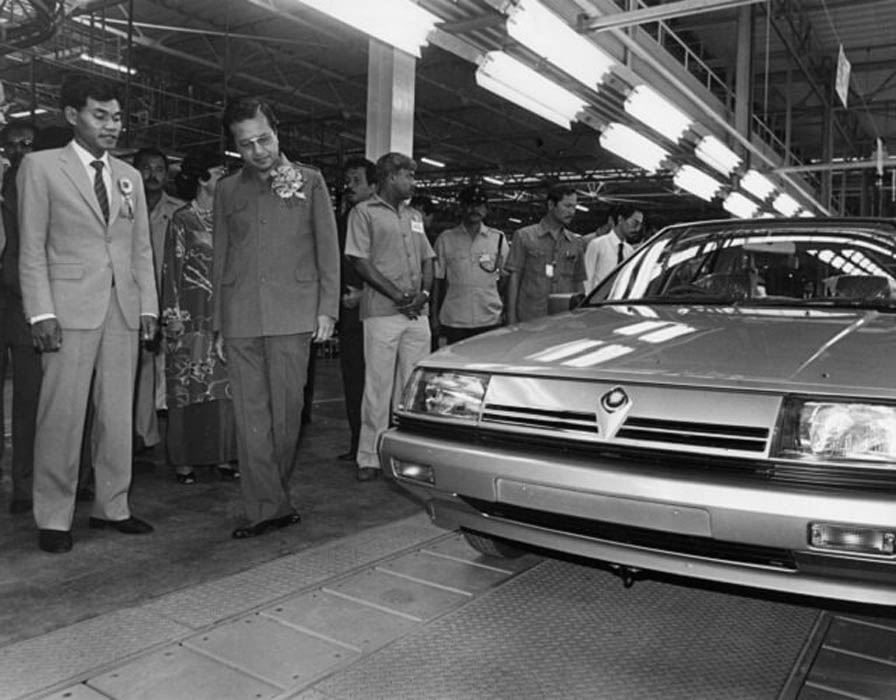 The Proton Saga quickly grew to become Malaysia’s favorite car, capturing a 64% domestic market share in the below 1600 cubic centimeters (cc) car segment in 1986. In 1987, the Proton Saga Aeroback hatchback variant with a 1.5-liter 4G15 engine was launched. Proton exported these two models to the United Kingdom in March 1989. These models set the record for the “Fastest Selling Make of New Car Ever to Enter the United Kingdom”.

Proton launched the Proton Saga Iswara on 15 August 1992 which had the same Mitsubishi platform as its predecessor but with new Proton styling. The Iswara was popular among buyers and was widely used as taxis on Malaysian roads. In 1993, Proton introduced a larger, better-equipped car – the Proton Wira sedan, based on the fourth-generation Mitsubishi Lancer. Later in the year, a hatchback version, the Proton Wira Aeroback was launched. The Wira is a unique car in Proton’s history as it is the only car manufactured by the company to come with a 2.0-liter diesel engine option besides several petrol engine options. 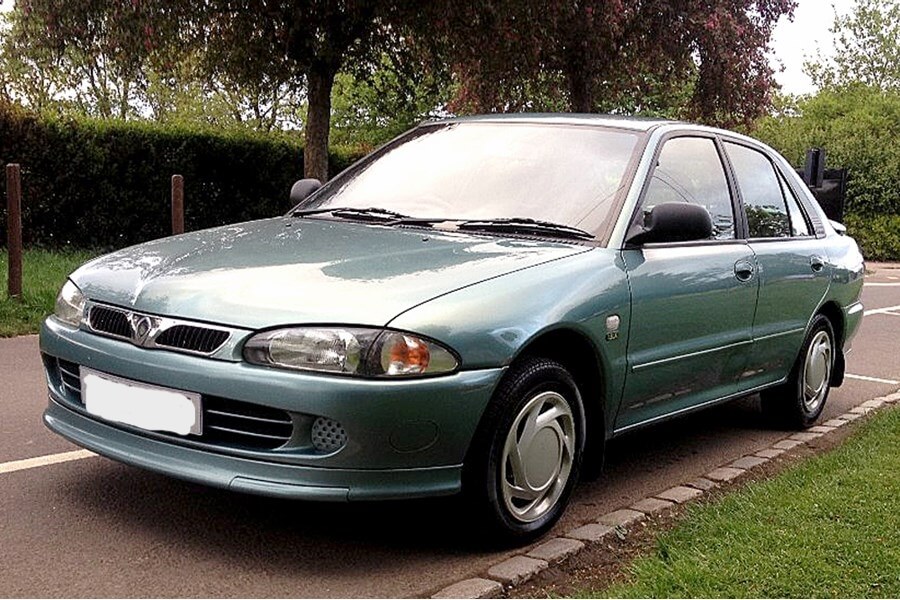 Proton later launched the three-door Proton Satria hatchback in 1994 and the two-door Proton Putra coupe in 1996, both of which were based on the Wira. In 1995, Proton’s first D-segment sedan, the Perdana was launched. It is based on the seventh generation Mitsubishi Eterna. While it originally had a 2.0-liter four-cylinder engine, it was later offered with a 2.0-liter V6 engine in 1999. The Proton Perdana V6 was widely used by the Malaysian government as official vehicle.

In 1996, Proton introduced the Proton Tiara, a compact hatchback with a 1.1-liter engine based on the Citroen AX. The same year, Proton acquired an 80-percent stake in Lotus Group, the British automobile manufacturer. Proton learned from Lotus’ experience producing sports cars and improved its expertise in tuning and developing suspension systems. Thanks to Lotus’ contributions, the Proton Satria GTi, one of Proton’s most sought-after cars, was launched in 1998. It also wore a ‘Handling by Lotus’ badge on the rear hatch.

Read More: A Brief History of The Proton Saga 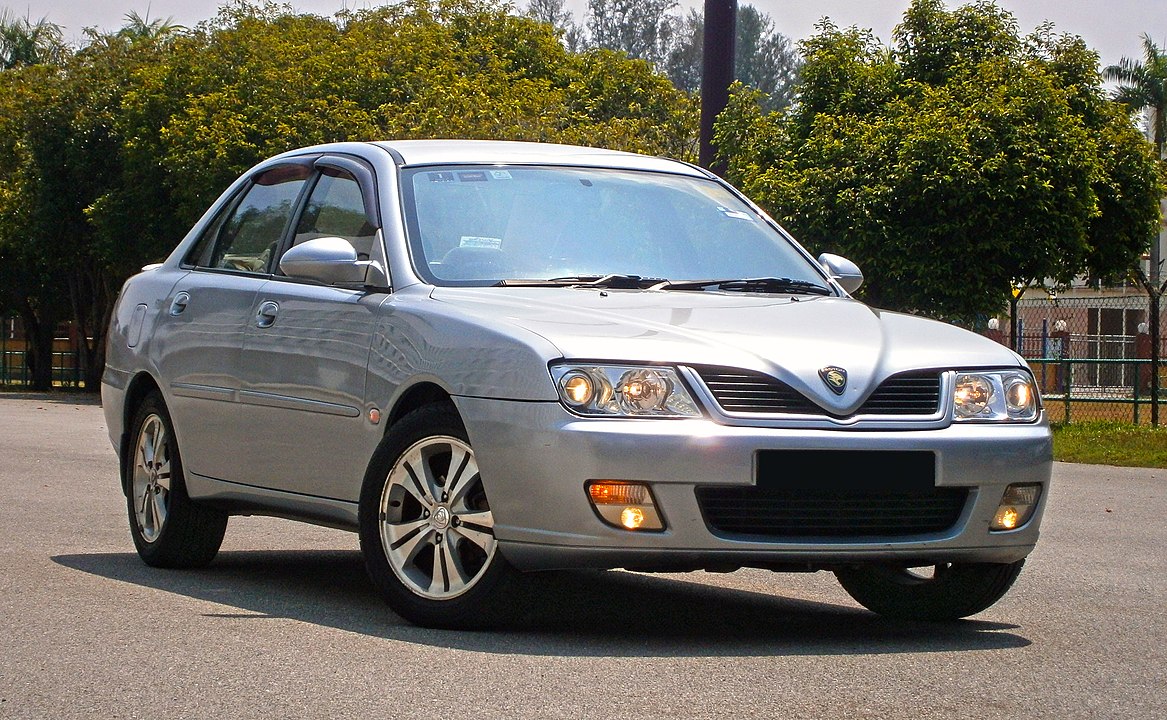 Proton started the 21st century by launching the Proton Waja, a C-segment sedan in August 2000. It had a modified Mitsubishi Carisma / Volvo S40 chassis with an in-house designed body. As Proton’s own Campro engine was still in development, the Waja was offered with a 1.6-liter Mitsubishi 4G18 engine at launch. Proton then launched the Arena in 2002 which is a compact pickup truck based on the Proton Wira platform. In 2004, the Proton Gen-2 liftback was launched. It also had the new Campro engine, making it the first Proton with an in-house engine.

To fill a gap in its compact hatchback lineup, Proton launched the Proton Savvy, an A-segment hatchback in 2005. It was an indirect successor to the Proton Tiara and was intended to compete against the Perodua Myvi but was discontinued in 2011 due to slow sales. In 2007, Proton launched the Persona sedan which replaced the Proton Wira. It is based on the Proton Gen-2 but was priced lower and offered more luggage capacity. The Proton Persona continues to be sold to this day and has gone through extensive styling and mechanical changes over the years. 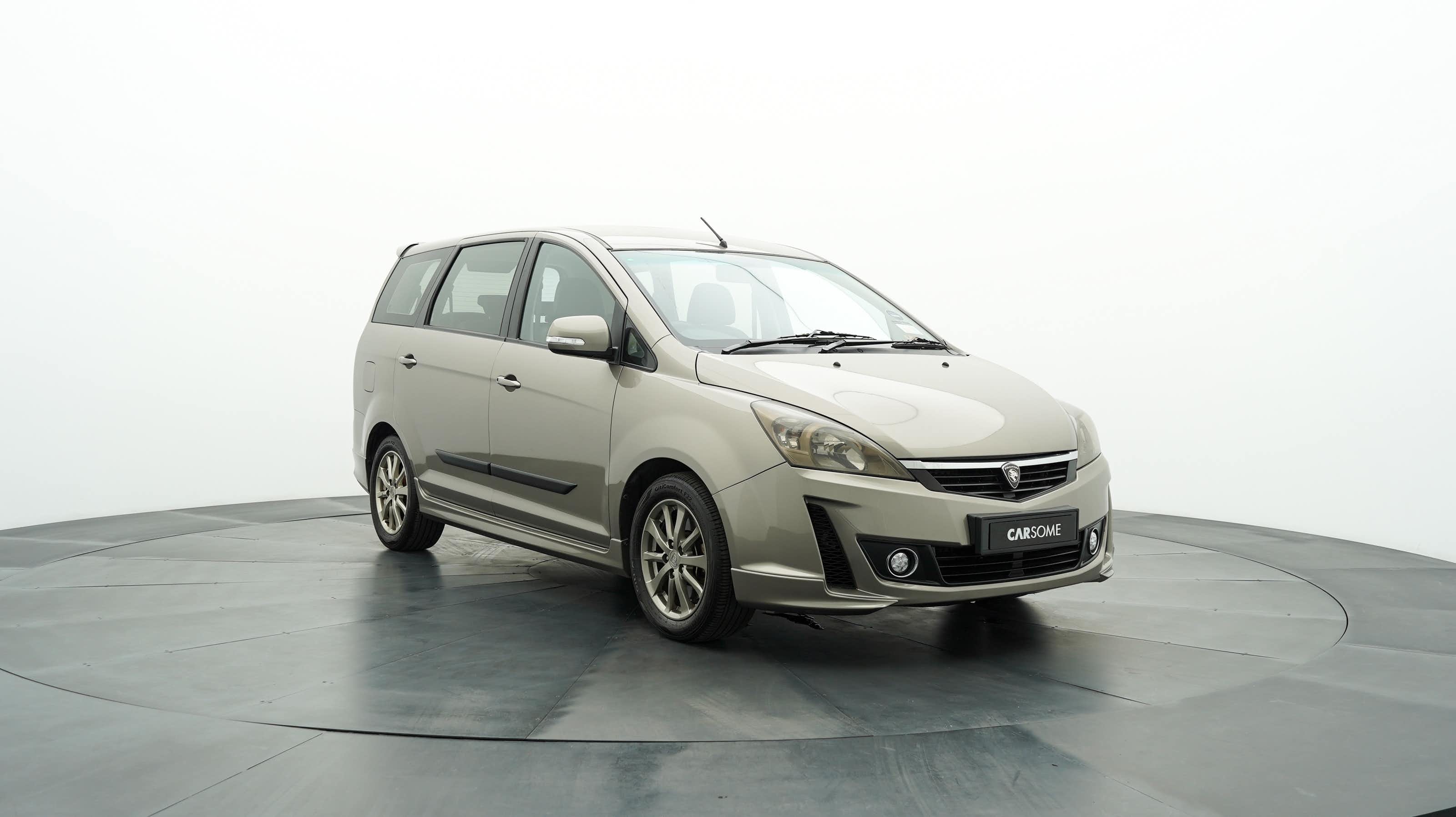 Proton finally launched the second generation Proton Saga on 18 January 2008, 23 years after the first Saga’s launch. Built on a stretched Proton Savvy platform, it was developed in-house by Proton with a brand new design. Proton then broke into the multi-purpose vehicle (MPV) segment with the Exora in 2009, built on Proton’s next-generation P2 platform. As Malaysia’s first home-grown seven-seater MPV, the Exora offered excellent value and practicality which helped it become a favorite among buyers.

In November 2003, the Proton Tanjung Malim Manufacturing Plant in Perak began operation, marking a new milestone for Proton. It is part of the Proton City project spanning 4,000 acres in Tanjung Malim consisting of residential, recreational, industrial, educational, and commercial areas. With 60-percent of the line being automated, the Tanjung Malim plant has an annual production capacity of 150,000 vehicles which can be increased to 1 million.

Combined with the first manufacturing plant in Shah Alam, Proton is able to produce 350,000 vehicles a year. It also produced several cars without using Mitsubishi’s platform which paved the way for more in-house developed vehicles. 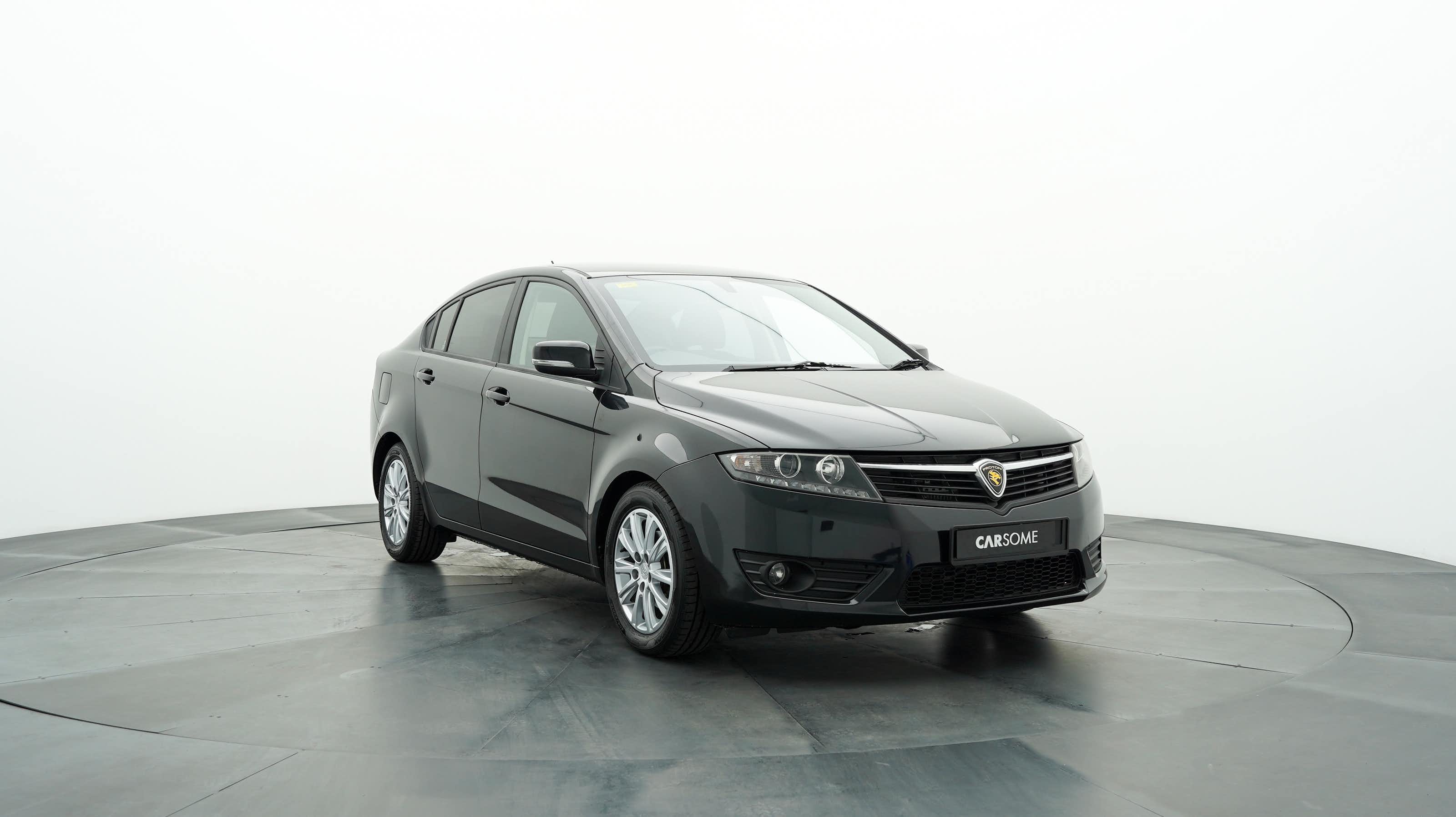 The 2010s saw numerous new in-house developed models from Proton and even a change in the company’s ownership making this decade arguably the most eventful for the company so far. In November 2010, Proton launched the Proton Inspira which is a rebadged Mitsubishi Lancer exclusive to the Malaysian market. Proton also unveiled the new turbocharged 1.6-liter CamPro CFE engine capable of producing power and torque comparable to a naturally aspirated 2.0-liter engine. Proton would later reuse this engine in the Proton Exora,  Prevé, and Suprima S.

On 16 April 2012, the company launched the Proton Prevé, a C-segment sedan that became the first Malaysian car to achieve a five-star safety rating in the Australasian New Car Assessment Program (ANCAP). The next year, in 2013, the Proton Suprima S was launched as the hatchback counterpart of the Prevé. It improved upon the Prevé’s handling and drivetrain to provide a sportier driving experience. In December 2013, Proton unveiled the second generation Proton Perdana which is a rebadged eighth-generation Honda Accord. It was exclusively used by Malaysian government officials and civil servants so it was never sold to the public. 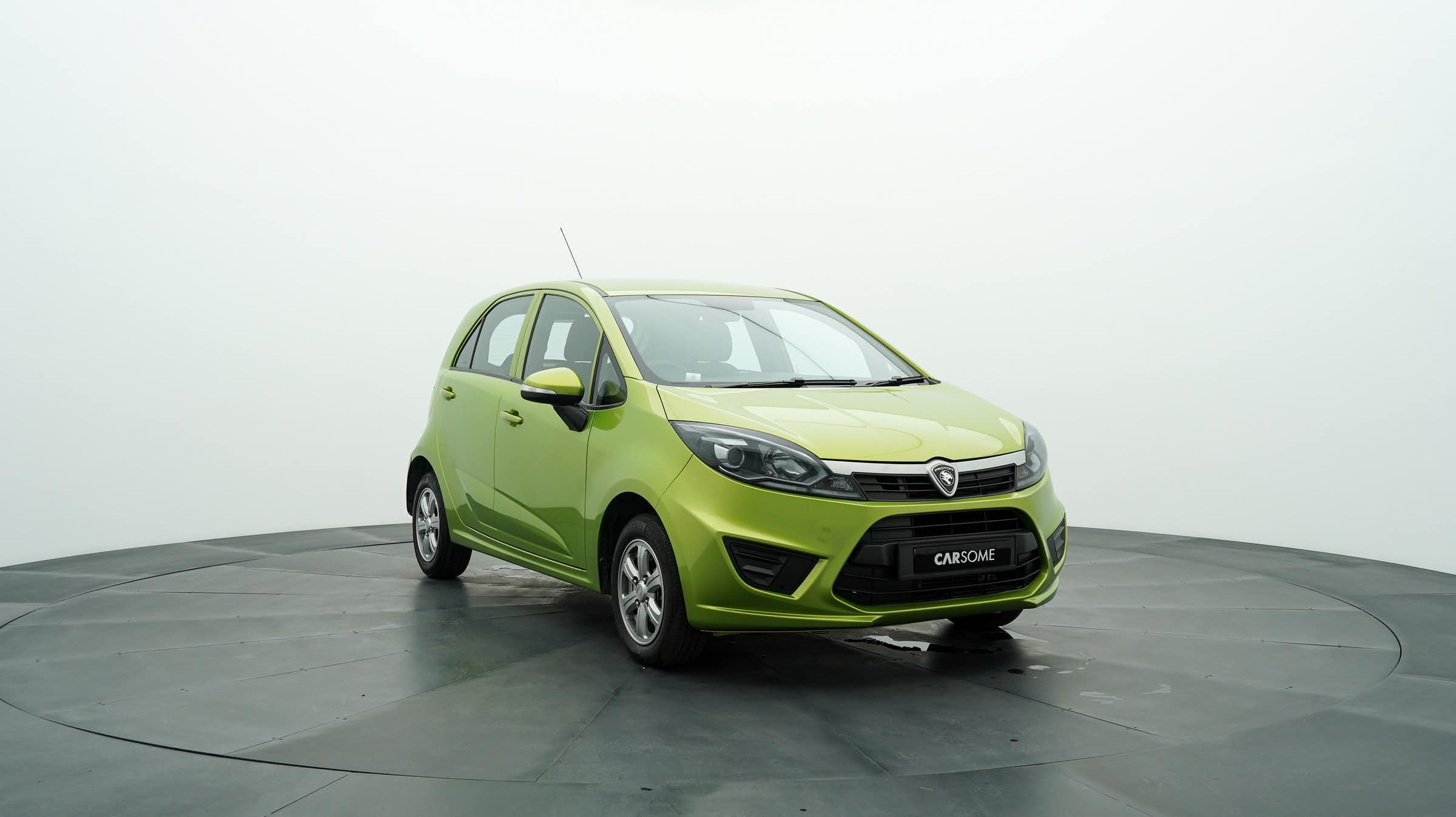 On 25 September 2014, the Proton Iriz was launched. It is a B-segment hatchback that is Proton’s alternative to the Myvi. Although its sales numbers are not as big as its competitor, the Iriz is widely considered to be a better driver’s car thanks to Proton’s ride and handling. And this has earned the Iriz quite a fanbase. As of March 2022, it is also the only Malaysian car in production to be homologated by the Fédération Internationale de l’Automobile (FIA) to compete in international motorsport.

A New Achievement: The Release of Four New Models in a Year

2016 saw several new developments in Proton including the introduction of a new Proton logo and the release of four new models. On 14 June, Proton launched a facelift of the Honda Accord-based Perdana and opened it for general sale to the public. On 23 August, it launched the new Proton Persona which is now a B-segment sedan. It is based on the Proton Iriz with similar proportions except for the extended boot. Proton then launched the third generation Saga on 28 September and Suzuki-based Ertiga on 24 November. 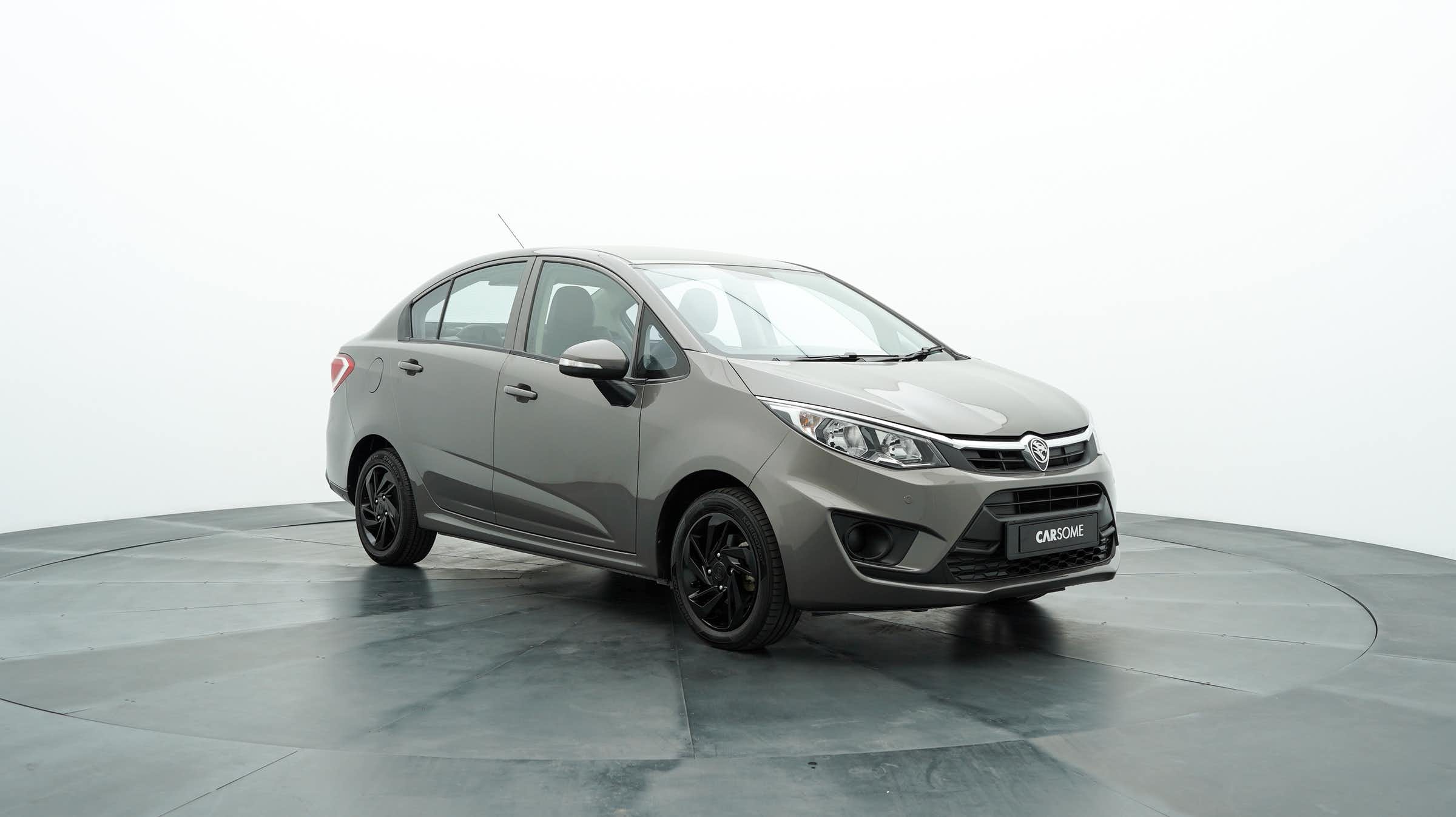 A Proton Persona sold for RM34,900 on CARSOME

The new Proton Saga is still built on the same platform as the previous generation but has a revamped exterior and interior. This made it a more refined car with better comfort and reduced noise, vibration, and harshness (NVH). The Proton Ertiga, on the other hand, is a rebadged Suzuki Ertiga MPV. Although it can fit up to seven people, it is classified as a six-seater as the middle seat of the middle row only has a lap belt. After the launch of the second generation Suzuki Ertiga, Proton did not continue producing the MPV and it was discontinued in 2019.

A New Future for Proton with Geely

Proton has been facing some difficulties over the years which lead to its shrinking market share. And that has been the case even after Khazanah sold Proton to DRB-HICOM. In 2016, the government granted the company a soft loan of RM 1.5 billion with one of the conditions being a mandatory tie-up with a foreign automobile company. While several companies have expressed interest, DRB-HICOM finally sold 49.9-percent of its stake in Proton to Chinese carmaker Geely in June 2017.

Following this new deal, Proton had Dr. Li Chunrong join the company as CEO. With Geely’s assistance, Proton has produced two brand new models: the Proton X70 in 2019 and the X50 in 2020. The X70 is a C-segment SUV based on the Geely Boyue. While it is a rebadge, the X70 had various styling and handling inputs from Proton to make it a car with a Malaysian identity. The X70 was initially fully imported from China but it has been locally assembled since February 2020. 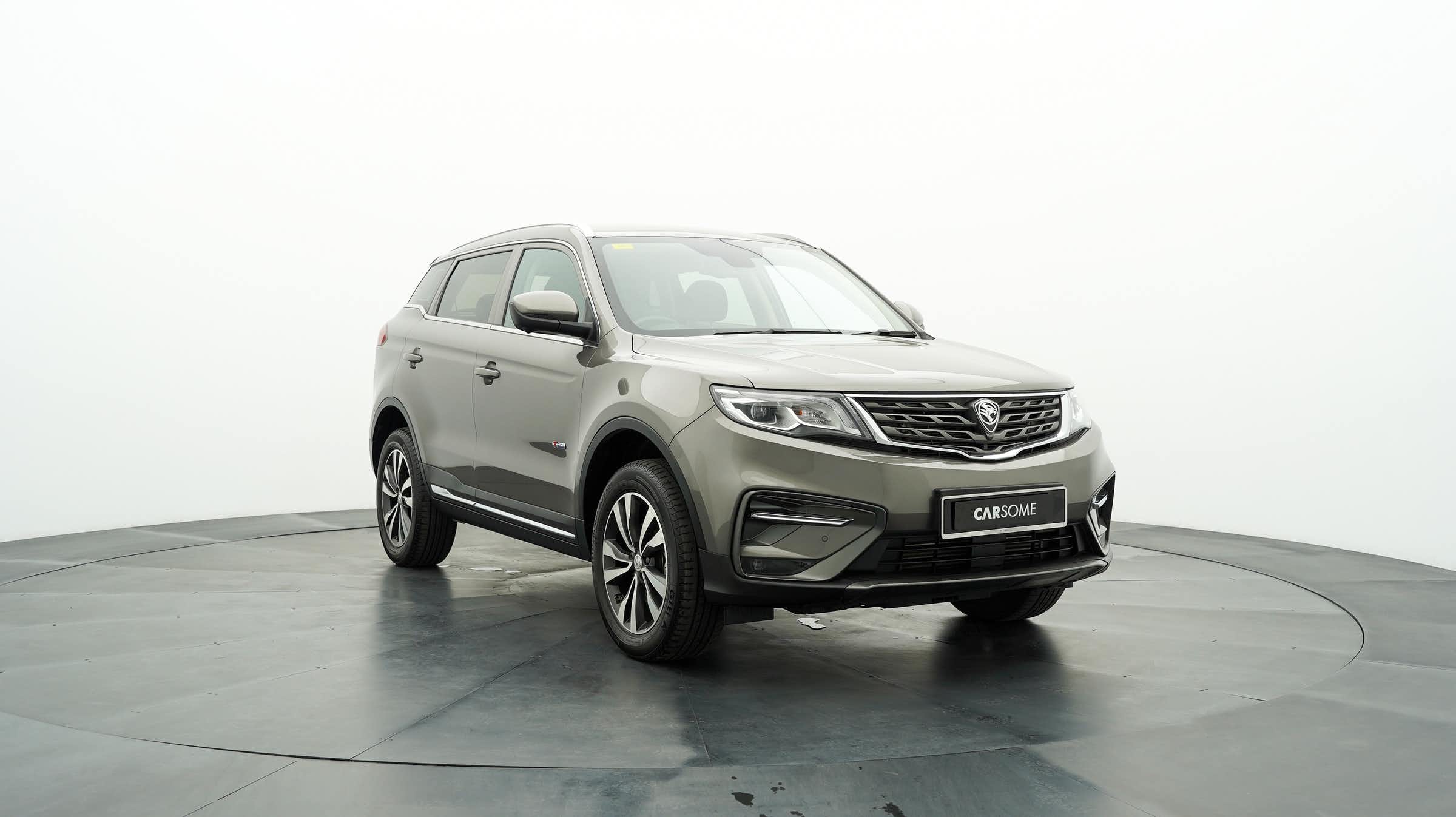 The second vehicle to come out of the Proton and Geely partnership is the Proton X50, launched on 27 October 2020. It is a B-segment SUV based on the Geely Binyue, also with styling and handling inputs from Proton. It is also fully locally assembled with locally-made parts making up 40 percent of the vehicle. Both the Proton X70 and X50 have an overall five-star ANCAP safety rating, advanced wet dual-clutch transmission (DCT), and turbocharged engines co-developed by Geely and Volvo.

Get a CARSOME Certified Proton for Peace of Mind

With our large selection of CARSOME Certified Proton cars, you can rest assured that any Proton you buy is in great condition and free from damage.

Each CARSOME Certified car has undergone a 175-point inspection as well as a full professional refurbishing to ensure that it’s not only roadworthy but looks impressive.

If you’re looking for a pre-owned Proton car, check out CARSOME. With our large selection of CARSOME Certified Protons, we’re sure you’ll find the perfect car for you.