Honda, the Power of Dreams: History and Achievements in Malaysia

As one of the most prominent automakers in the world, Honda is no stranger to Malaysian drivers. From cars to motorcycles, you can find a Honda on every road you drive thanks to their well-rounded performance and affordable price tag. The company has produced numerous iconic vehicles such as the Super Cub C70, EX-5, City, and CR-V.

So let’s look at Honda’s journey through the years and how it came to Malaysia. 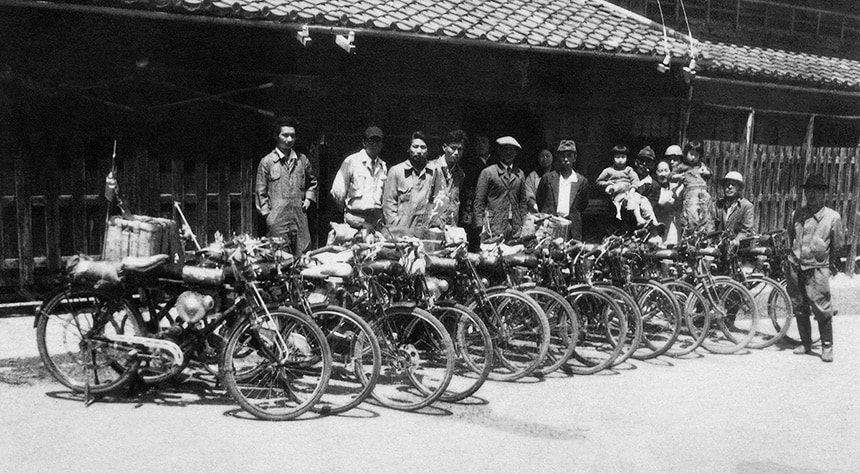 Some of the first Honda motorcycles [Image Source: Honda]

Honda’s founder, Soichiro Honda has been working with vehicles his whole life. He started as an apprentice mechanic at a workshop in his teenage years. He then started a business called Tokai Seiki producing engine components. In 1946, he started a company that designed and built motorcycles called the Honda Technical Research Institute where its first products were motorized bicycles equipped with a 50 cubic centimeters (cc) engine.

In 1949, Soichiro Honda incorporated Honda Motor Co. Ltd. and produced the first complete Honda motorcycle which was the D-Type, also known as the Honda Dream. It wasn’t until 1963 that Honda would produce its first production automobile which was the T360 mini pick-up truck powered by a 356 cc four-cylinder engine. The T360 was followed by the S500, a compact sports car that was the predecessor of the modern S660 and S2000.

By 1964, Honda became the largest motorcycle manufacturer in the world. It also continued to expand its automobile production and exports globally. In 1986, Honda launched its luxury brand, Acura, in America. Its initial offerings, the Acura Legend executive sedan and Integra compact car were successful and resulted in the brand selling more cars than Mercedes-Benz and BMW in 1987.

Honda then introduced the iconic Honda NSX supercar in 1990 which was the first car to have an all-aluminum monocoque body with a mid-engined 3.0-liter V6 power plant and variable-valve timing. With the NSX, Honda showcased its ability to produce an affordable and reliable supercar that punches way above its weight. The company continues to produce vehicles that provide great value for money and complement the buyer’s lifestyle such as the Honda Jazz and CR-V. 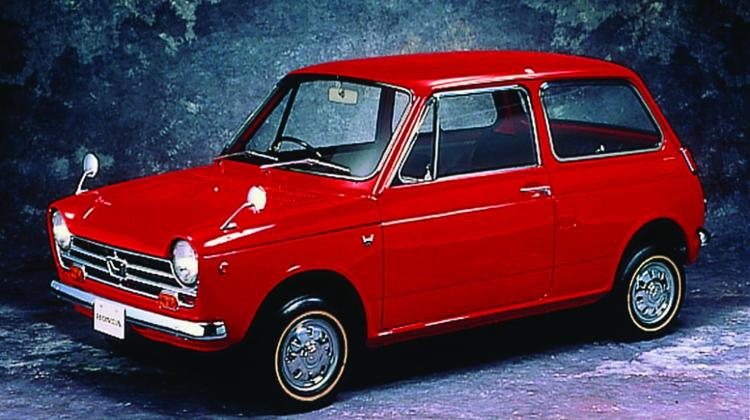 Honda first arrived in Malaysia in 1958 thanks to Tan Sri Loh Boon Siew. After he saw Honda motorcycles during his trip to Japan in 1957, he was impressed and sought to convince Soichiro Honda to allow him to import them to Malaysia. He was successful and became one of the first overseas Honda motorcycle distributors, opening his first showroom in Penang selling the Honda C100 SuperCub.

In 1960,  Kah Motor Co Sdn Bhd was incorporated with the introduction of the first Honda car showroom in Kuala Lumpur. Two years later, another showroom was opened in Penang to keep up with demand. In 1967, Kah Motor introduced the N360, a small, two-door, four-passenger car with an air-cooled 354-cc engine. Honda later brought in the Civic in 1972 which was a fastback sedan with a 1,169-cc four-cylinder engine and advanced features such as front disc brakes, wood-trimmed dashboard, and optional air-conditioning.

Immediately after that, the company was revamped as Oriental Holdings Sdn Bhd, and appointed as the assembler of Honda cars in Malaysia. Oriental continued to produce Honda cars and later also auto parts including car and motorcycle engines for the OEM (Original Equipment Market) and REM (Replacement Market).

On 30 January 2003, Honda officially launched its new manufacturing plant in Pegoh, Melaka. It covers an area of 80 acres with 13 acres of total built-up area and had an annual production capacity of 50,000 units. The first vehicle to roll out from the plant was the second-generation Honda CR-V. Later in the same year, the plant also produced the Honda City, Civic, and Accord, all popular cars in their segments.

The Melaka Manufacturing Plant played a major role for Honda not only in Malaysia but also for the region as it became Honda’s fourth Constant Velocity Joint (CVJ) components factory in the world. This means it made CVJ components for assemblers in other countries including Indonesia, Thailand, Philippines, India, and Pakistan.

The Road to Producing a Million Units

In 2007, the plant celebrated a major milestone: the production of its 100,000th car within five years of its operation, which was a Honda Civic. After starting the operation of the second manufacturing line at the Melaka plant in 2014, Honda increased its annual production capacity to 100,000 units.

Honda continued to introduce new vehicles to keep up with the evolving lifestyle of its consumers. Brand new cars that Honda premiered over the years include the Honda HR-V in 2015, BR-V in 2017, and City hatchback in 2021. In 2022, the company finally reached the 1,000,000 production units milestone which signified the trust they had from Malaysian consumers. Just like with its 100,000th car in 2007, Honda celebrated this milestone with the all-new Honda Civic FE.

Over the years, Honda has captured the Malaysian market with cars that fit every lifestyle. Even now, it continues to enhance the overall experience of owning a Honda by expanding its hybrid technology, VTEC turbocharged engines, Honda Sensing safety suite, and Honda Connect app. 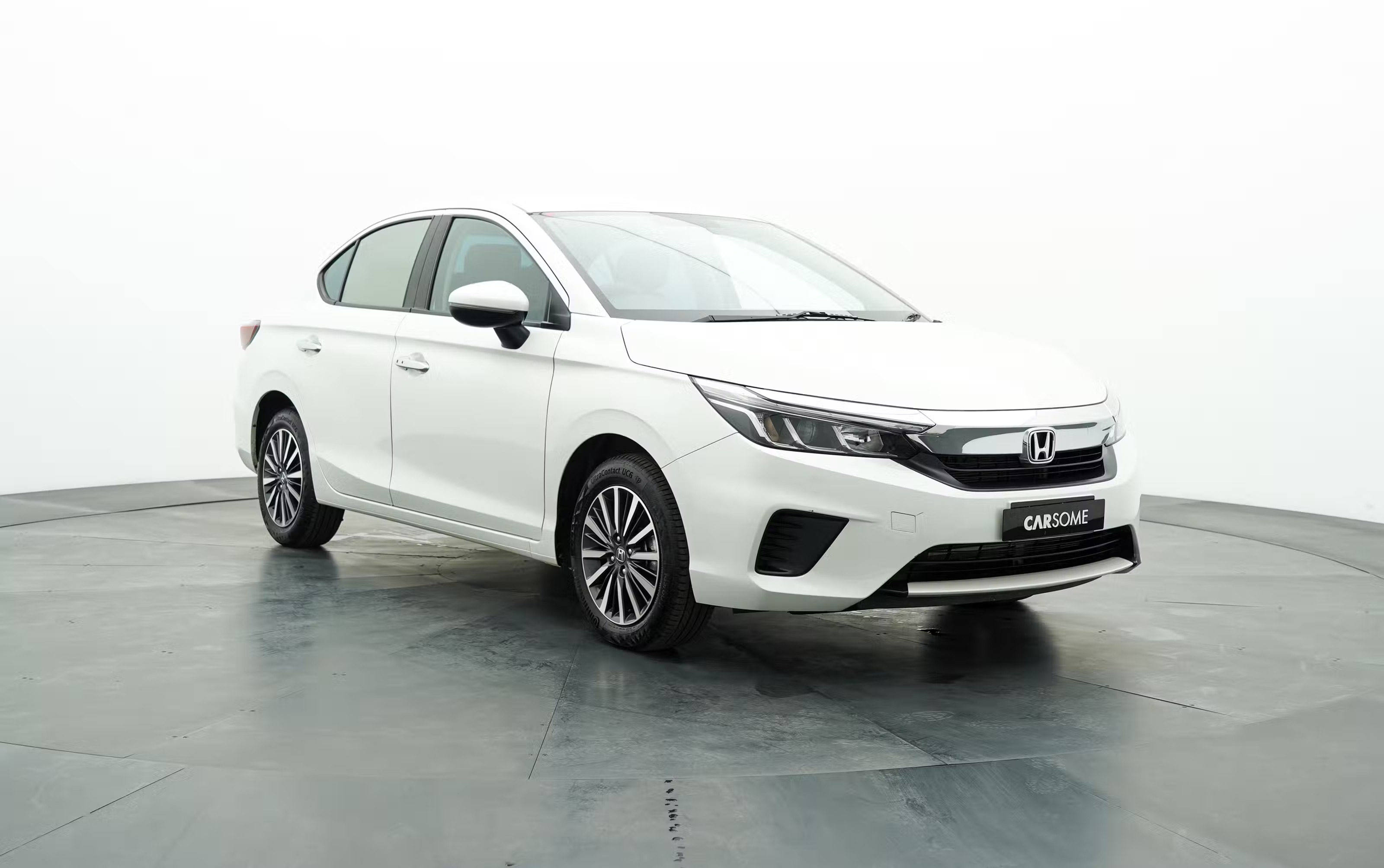 Get a CARSOME Certified Honda Today

With our large selection of CARSOME Certified Honda cars, you can be assured that any Honda you buy is in great condition following our strict 175-point inspection. It’s also professionally refurbished to ensure that it’s roadworthy and looks impressive.

Furthermore, every CARSOME Certified car comes with a promise that gives you peace of mind in your purchase.

If you’re looking for a pre-owned Honda car, check out CARSOME today. We’re sure you’ll find the perfect car for you.