What is Your Car Market Value & its Depreciation Rate in Malaysia?

There are many factors to consider before deciding to buy a car besides the obvious purpose of driving from point A to point B safely. While you may also review the price, overall design, safety features, or its fuel consumption rate, there is one key factor that many overlook –  the car’s depreciation value, also known as the future car market value. 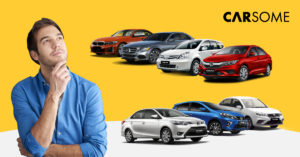 What does the Depreciation Rate of a Car Mean?

However, the depreciation rate of a car also varies depending on the car model, brand, and the year it was manufactured – typically, the average depreciation rate is around 15 to 35 percent in the first year, while it can hike up to 50 percent when it reaches its fifth year and above.

For example: If you buy a Perodua Myvi for RM55,300 today, you will probably lose between 40 to 50 percent of its original value if you sell it in the next five years – this means you can sell it off for a price range between RM27,000 and RM33,000. This, of course, could fluctuate depending on your car’s condition as well.

Meanwhile, according to automotive experts, selecting a car with a higher resale value is better (and more profitable) than selecting a fuel-efficient car. A medium-sized family car purchased three years ago may depreciate or lose an estimated RM12,559 off its original value today. Yet, the cost of petrol may cost more than this depreciation rate, based on a calculation of 12,000 miles per year, over a period of three years. 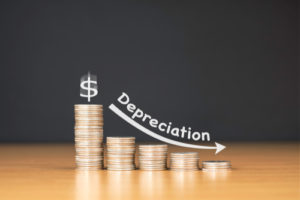 Here are some factors that can affect the depreciation of cars in the market:

What is the Average Depreciation Rate of a Car?

Although there are many factors that affect the depreciation rate, new cars generally depreciate faster than used cars regardless of the model or brand.

The table below shows the estimated depreciation rate for cars in Malaysia. For this, we will use the actual selling price of a Perodua Myvi (RM55,300) as an example.

What is the Estimated Buyout Price of Cars at Carsome? 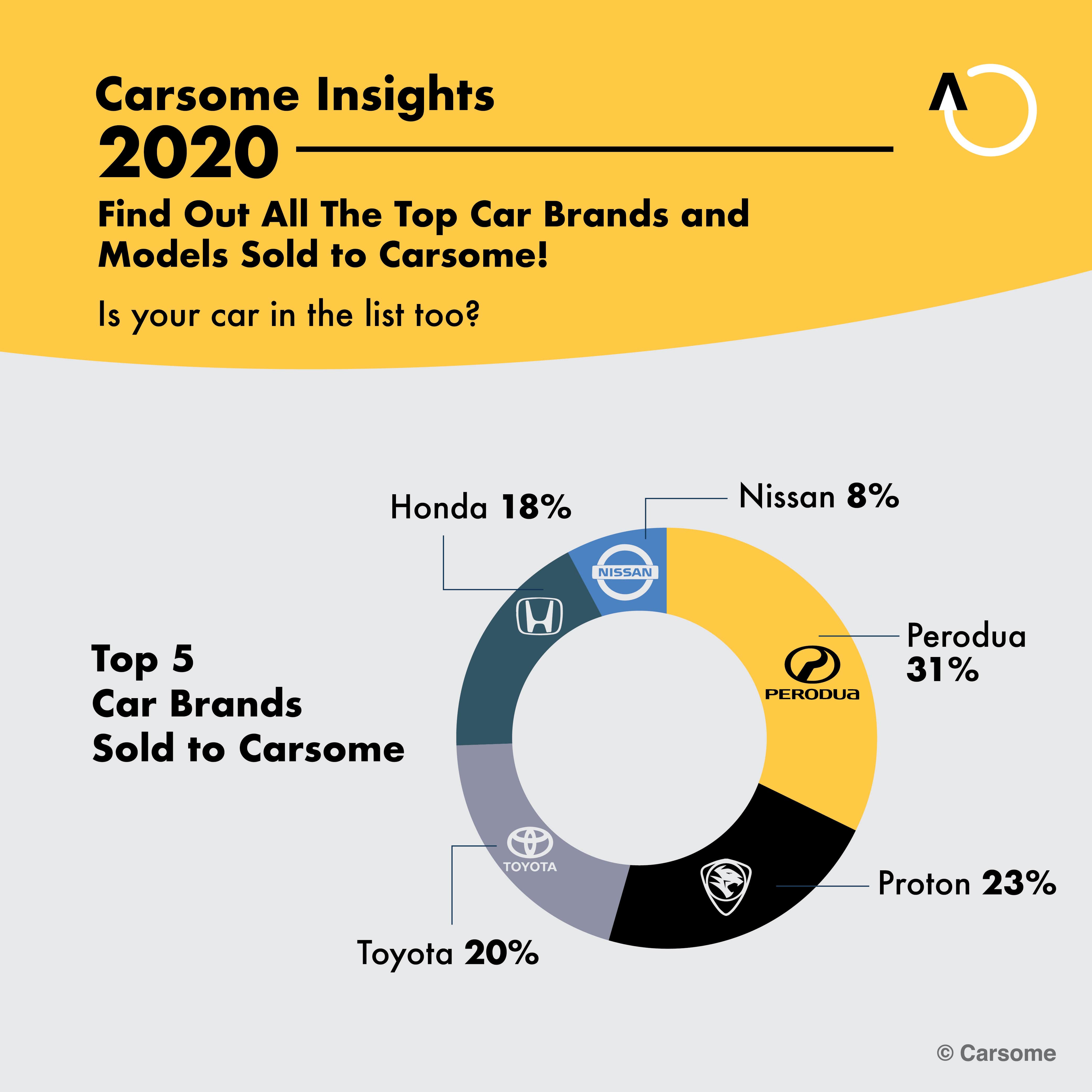 Based on Carsome’s Insight 2020, popular brands such as Perodua, Honda, and Toyota have a high reputation and reliability among consumers, therefore recording lower depreciation rates. 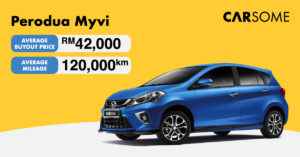 It is no surprise that Perodua Myvi ranked first in sales for the year 2020 (29,313 units), followed by Axia (28,107 units) and Bezza (25,416 units). This makes Myvi the best-selling Perodua model in Malaysia for the year 2020. In addition to that, Perodua Myvi recorded a high demand within the used car market. Basically, increased demand for Perodua Myvis in the new car market has a positive influence on their demand within the used car segment. 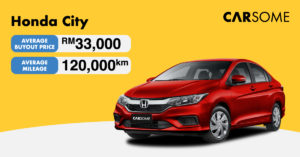 Honda Malaysia has maintained its number one position among the non-national car brands segment in Malaysia for six consecutive years. The Honda City model recorded the highest sales at roughly 34 percent. This new model, which comes with an attractive price package, received an encouraging response among buyers. Similar to the Perodua Myvi, this car also recorded a low depreciation rate of less than 50 percent in five years.

According to Carsome Insight 2020, Honda City recorded an average resale value of between 68 and 75 percent of the original price of a new Honda City. With that, you will not suffer from major losses if you decide to sell or trade-in your old Honda City car. 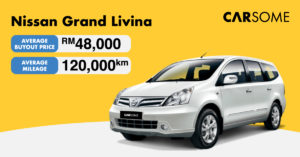 Nissan Grand Livina recorded an average depreciation rate of 35 percent in the first three years of ownership. This low depreciation rate is – to some extent – influenced by the fuel consumption factor which is arguably low for such a large-sized car. Based on a Carsome survey, a used 2015 Grand Livina model can be purchased for around RM50,800 – which stems from a depreciation of about 49 percent from its original value (RM99,800).

The Nissan Grand Livina can be categorized as one of the best compact MPV models sold in Malaysia with a spacious interior that can accommodate seven people at a time, thus making a great vehicle for long-distance travel. 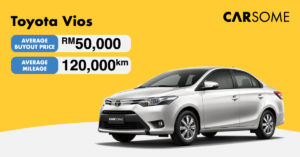 The Toyota Vios is also arguably among the most used car models on the road. This compact sedan model has a variety of features and advantages that are comparable to its competitors from the same category, as well as class such as Honda City, Nissan Almera, and many more.

According to data from Carsome Insight, Toyota Vios recorded an average depreciation rate of around 35 percent in the first three years of ownership. For comparison, Vios (2016) recorded an average resale value ​​of around 76 percent compared to the original price for three-year-old cars.

In fact, the Toyota Vios (2014) also recorded an average resale value of around 68 percent for a five-year-old car. This high resale value is indirectly driven by consumer trust in Toyota’s brand, as well as the safety aspects offered by this model. 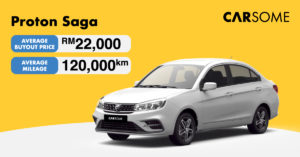 However, the Proton Saga was only able to retain about 47 percent of its original value compared to the Perodua Myvi (53 percent of its original value) after five years. This situation is could potentially be influenced by external factors including the warranty (Saga offers a longer warranty than the Myvi) and safety features (Saga BLM/FLX is not equipped with stability control) offered by previous models. However, as noted above, the depreciation rate or resale value of a car can change depending on the type of model (latest model, enhanced safety features, and so on). 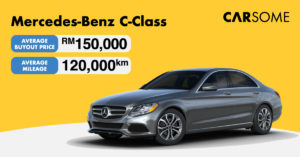 Luxury brands generally have a high car market value and lower depreciation rates than other brands. In Malaysia, Mercedes-Benz models have a higher resale value than other luxury brands such as BMW, Volvo, or Lexus.

Mercedes-Benz C-Class is one of the bestselling models in Malaysia from the brand itself and recorded an average depreciation rate of around 40 percent in the first three years of ownership. 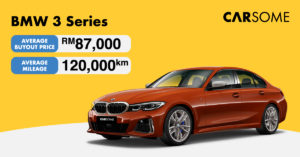 In addition to Mercedes-Benz, BMW is also one of the famous manufacturers of luxury cars. The driving quality, safety features, and luxurious elements fueled its high demand, especially in the used car market. On average, BMW models recorded an estimated depreciation rate of around 35 percent in the first three years of ownership.

As for the BMW 3 Series model, it recorded an estimated depreciation of up to 40 percent over the same period. This low depreciation rate is indirectly influenced by the factors of the brand, quality, comfort, and safety aspects offered by BMW.

Tips to Minimize the Depreciation Rate of a Car

Unfortunately, you can’t run away from the value of your car depreciating. However, here are some steps you can take to minimize and slow down the depreciation rate if you plan to sell your car.