When is the best time to buy or sell a used car? 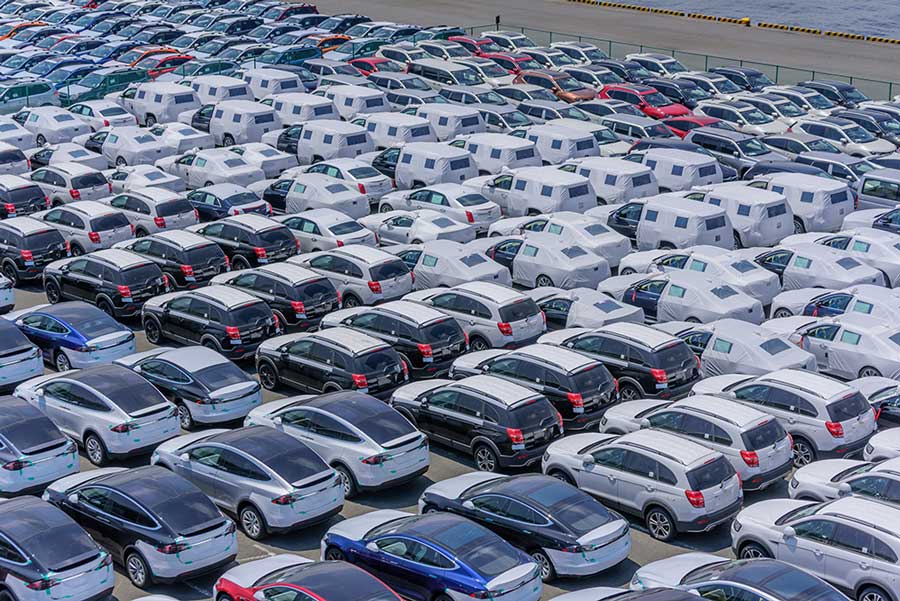 Earlier this month, Prime Minister Tan Sri Muhyiddin Yassin announced the Pelan Jana Semula Ekonomi Negara (Penjana), an economic recovery plan aimed at helping businesses recover from the effects of the Covid-19 pandemic. The initiatives under Penjana include the exemption of sales tax for locally-assembled and imported new cars to spur new car sales. With car companies revising their prices for new cars following the announcement, consumer interest in the used car sector is growing as well. 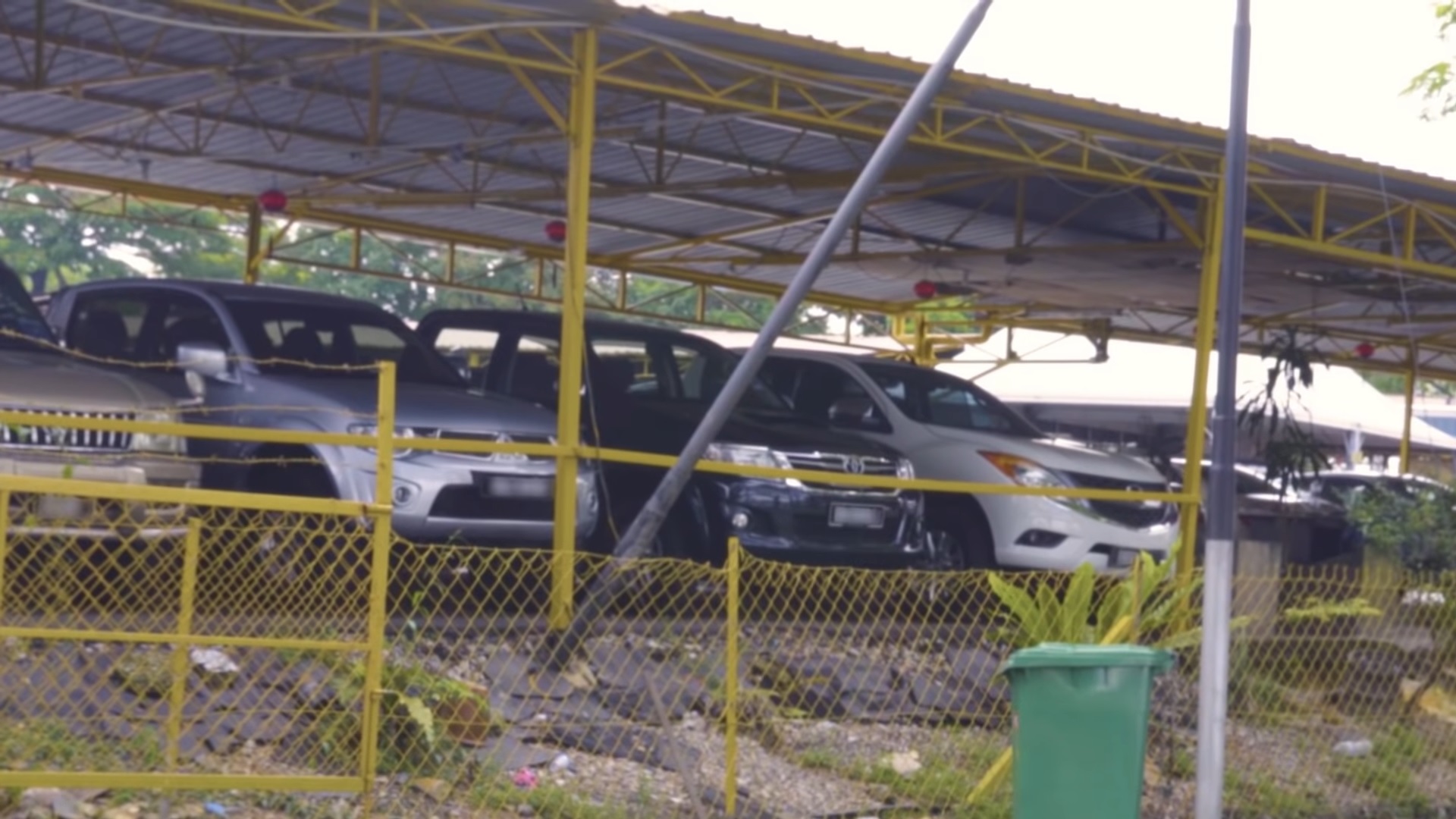 Whether you’re looking to buy a new or used car, and plan to sell your current ride, there’s always the best time to do it based on depreciation and market value.  Read on as we share data based on Carsome Insights 2019 and provide you with tips on choosing the best time to sell and buy a used car. 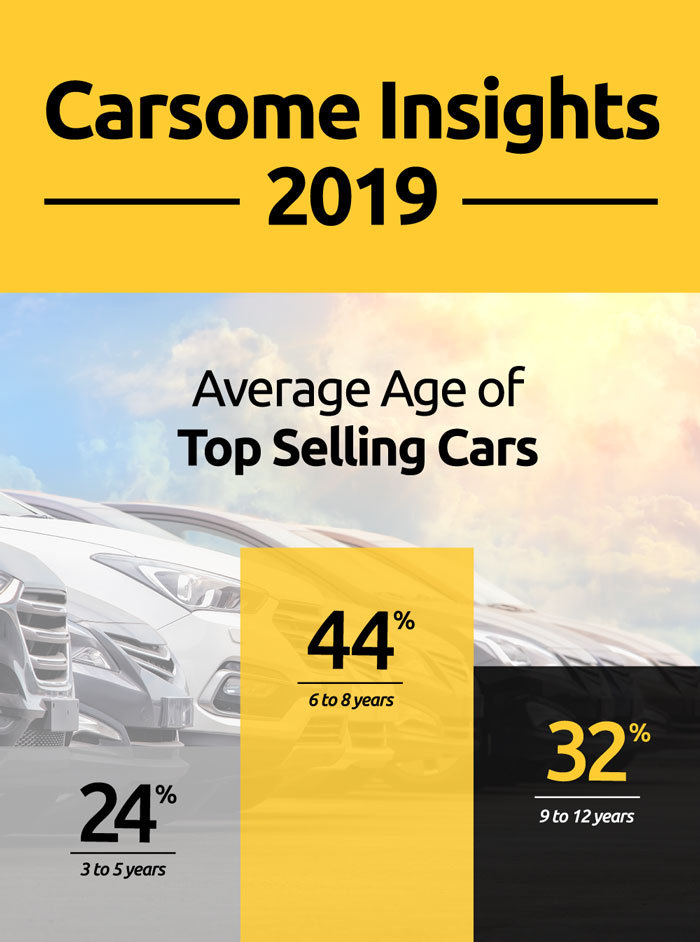 Average age of top-selling cars to Carsome in 2019

Data from Carsome Insights 2019 found that 75% of car owners sell their cars after six years. Of the thousands of cars sold to Carsome in 2019, we found that 44% of cars aged six to eight years were the most popular. Combined with the next highest total of 32% of cars aged from nine to 12 years old, it seems clear that three out of four owners look to sell their cars after six years.

The interactive graph above showcases the year-on-year retained retail value for the Perodua Myvi, Proton Saga, Toyota Vios, and Honda City that was sold to Carsome in 2019. Mouseover the dots to see the values.

Based on internal data calculated for four of Malaysia’s most popular local and non-national models – Perodua Myvi, Proton Saga, Toyota Vios, and Honda City, numbers show that these cars lose 20-30% of its value in the second year. For the Myvi, its depreciation tapers off after the third year and maintains an overall higher value than the Proton Saga after the fourth year.

Figures also show the correlation between these popular cars and the average age of the top-selling cars to Carsome. The four cars show an average retained value of 50% or more (apart from the Proton Saga) at six years of age.

When should you buy used? 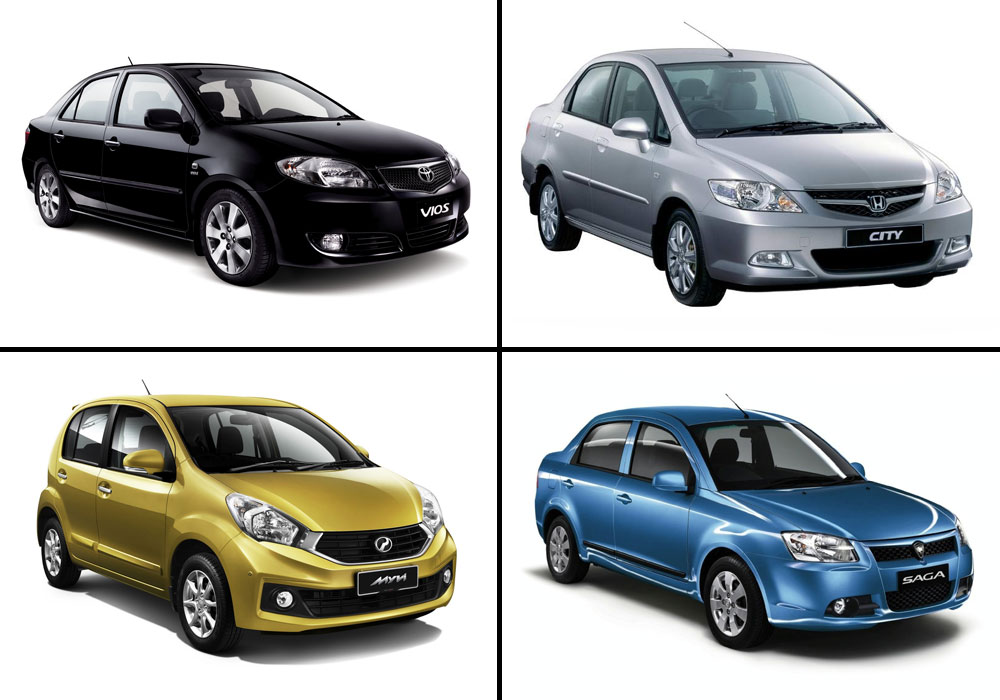 Carsome Insights 2019 show the best time to do it should be between two to three years old for the Perodua Myvi, Proton Saga, Toyota Vios, or Honda City. Based on the data, depreciation is around 21-25% for the City and Vios, and 22-35% for the Myvi and Saga. However, it is good to note that the Saga further depreciates 14% on year four, retaining a resale value of just 57% from its retail price. With an almost 60% depreciated value and yet having one year of warranty remaining,  the Saga makes a very attractive proposition in its fourth year.

The best time to sell:

The best time to buy:

*The statistics and figures presented here and in Carsome Insights 2019 are an average estimate based on Carsome’s used car database. Prices of vehicles and its resale value will depend on the vehicle’s brand, model, market demand, condition, and other prevailing factors.

Are there risks to selling your car online? Click here to find out the risks and the better way to sell!

Selling your e-hailing vehicle doesn’t have to be difficult. Click here to find out more!

If you are looking to transfer ownership of a vehicle of a deceased, here is a guide to help you understand the processes.

Selling your car doesn’t have to be complicated. Carsome does it professionally, conveniently, and fast for you!