What are the most popular car brands and models sold in Malaysia? 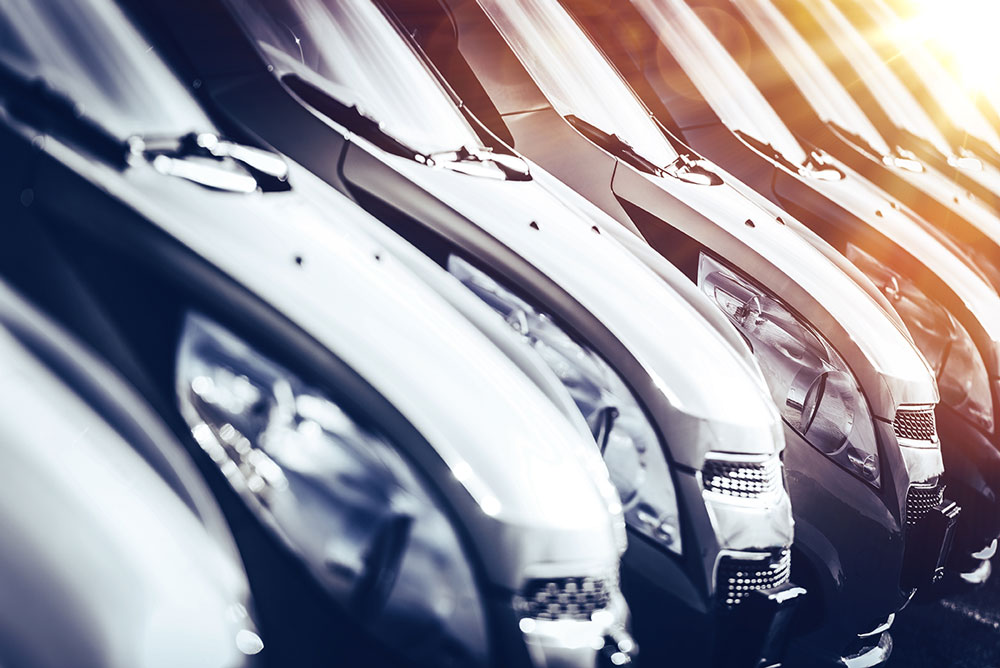 According to the Malaysian Automotive Association, 2019 saw 604,287 new vehicles registered in Malaysia, a 1% increase of total industry volume from the year before. The used car market is also a substantial one. As reported by The Malaysian Reserve, the Malaysian used car market on average moves about 400,000 units annually, or about 66% of the new car sales.

Most Popular Car Brands and Models in Malaysia in 2020

Based on data we received from Carsome Insights 2020, Perodua is one of the most popular brands sold to Carsome at 31% of total sales. Just like the previous year, the local automotive brand dominated the list of cars sold to Carsome. It is followed by Proton (23%), Toyota (20%), Honda (18%) and Nissan (18%). 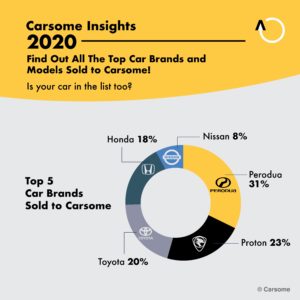 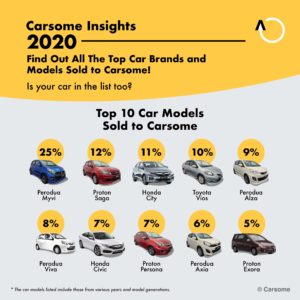 Whereas in 2019, we found that among the top 10 most popular car brands last year, local makes Perodua and Proton took the lion share at 48%. Following close behind are Japanese brands Toyota, Honda, Nissan, Mazda and Mitsubishi that came to a total of 45%. Popular continental cars Volkswagen, Ford and BMW wrapped up the list with a 7% share.

Despite the breakdown, an overall look at the top 5 brands, Perodua, Proton, Toyota, Honda and Nissan came to a whopping 89%, showcasing the popularity of these brands in the market.

A drill down into car models sold to Carsome in 2019 shows that 50% of the models sold were from Perodua – split between the Myvi, Alza, Viva and Axia. Proton follows closely behind with a 23% share from the Saga, Persona and Exora. The combined total from Japanese brands Toyota Vios, Honda City and Civic come up to 27%. When accounting the ratio between the local makes versus the Japanese, Malaysian cars dominate the list 3 to 1 at 73%.

It is no surprise then that the four most popular local and non-national models by resale value – Perodua Myvi, Proton Saga, Toyota Vios and Honda City as covered in our recent article are correlated with the top selling car models.

Read below for more stories

Let Carsome Insights 2019 tell you when is the best time to buy or sell a used car.

What are the most popular car colors in Malaysia?

Learn more about 5 of the 175-inspection points at Carsome!

Selling your car doesn’t have to be complicated. Trust Carsome to do it professionally, conveniently, and fast for you!