Best Items to Keep In Your Car to Your Self-Defense Kit!

Malaysia is known locally and internationally for its prosperous and harmonious community. Generally, peace and quiet go along with our lives, but criminals may still be lurking in the shadows preying on the weak and unsuspecting ones. The Department of Statistics Malaysia quoted that as of 2021, the crime index decreased by 19.3 percent to 52,974 cases as compared to 65,623 cases in 2020. Violent and property crime also decreased by 13.4 percent and 20.8 percent respectively to 11,495 cases and 41,479 cases in 2021. The department quotes that such a decrease has been attributed to the Movement Control Order (MCO) and cross-border restrictions imposed.

For lone female drivers, self-defense is the utmost important skill and asset to possess in the unfortunate case of an attacker. Now, this isn’t America where we can simply go into a store and walk off with a gun or a knife. We can, however, keep a few handy tools in our car as self-defense should the need arise. Remember, this isn’t Hollywood with all the flashy moves and fight scenes. Even a fully-trained black belt is no match if you ever get caught off guard.

Read More: Top 4 Best Dashcam Brands in Malaysia & How to Choose One

If anyone recalls the bone-chilling case of the murder of Canny Ong back in 2003, she was abducted in an underground parking lot by an assailant despite the victim being a black belt martial artist. Without going too much into the gruesome details, the victim did not survive the kidnapping. Women-only parking lots in shopping malls are established after the event to provide protection but is it enough?

Snatch thieves typically run their modus operandi on their motorcycles targeting lone women on the streets, in alleyways, or while getting out of their cars. In some cases, right in front of their homes. No matter how secure or brightly lit an area can be, we can never take it to chance. Thus, it is important, especially for lone women drivers to have these self-defense kits ready should trouble arise.

Keys As An Improvised Self-Defense Kit

As a beginner tip, it’s always a good start to arm yourself with something ready at hand. A common piece of advice on the streets is to slot in a sharp, pointy key in between the knuckles like Wolverine in the movies. The caveat, according to martial arts instructors, would actually hurt you more than the assailant. See, the skin between our fingers is quite soft and fragile. Any sudden and rough confrontation is going to be one big paper cut.

What you can do, however, is try to hold the keys like how you would hold a knife. Either holding it upwards or downwards. When an assailant begins to approach you, utilize the keys by stabbing where it hurts and call for help. Furthermore, a gaping wound on the perpetrator will make it easier for authorities and onlookers to identify if caught.

Read More: Keep Yourself Safe With These Items From Car Accessory Stores 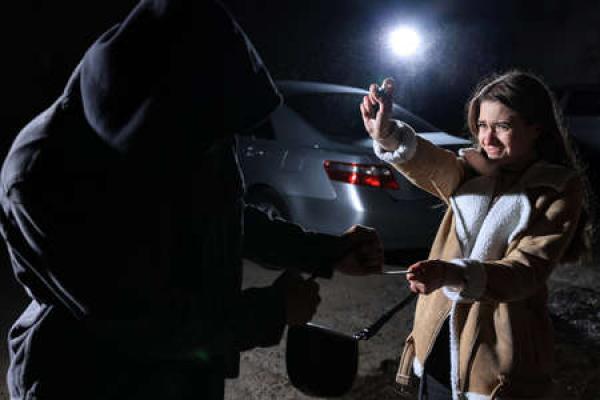 Salt and pepper is the world’s most common seasoning used in food. But did you know that pepper sprays are manufactured as an option for a non-lethal self-defense kit? Pepper sprays have been favored by law enforcement and individual citizens alike due to their cheap and non-lethal way of riot control. To use pepper spray is quite simple – Aim the nozzle at the assailant, hold your breath and squeeze the trigger.

Pepper spray is an inexpensive way for crowd suppression and surprisingly, is legal to own. A quick search on any Malaysian e-commerce site can give you hundreds of listings ranging from cheap disposable ones to high-end refillable ones. If push comes to shove, sometimes curry powder can be used as a cheap and quick alternative, as demonstrated by robbers in Singapore. 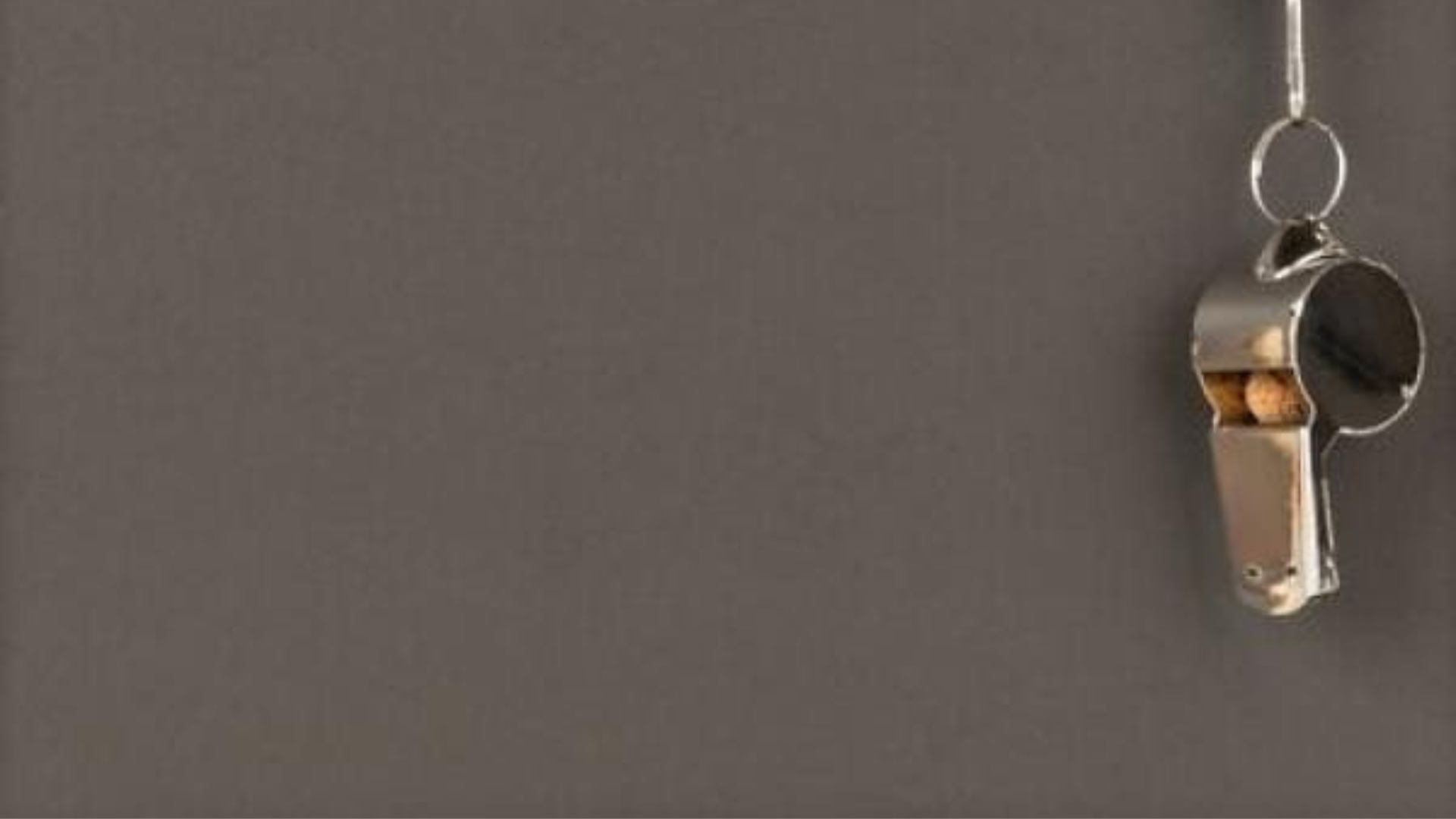 A humble little whistle can not only remind us of our Hari Sukan days but alert anyone nearby should the need arise. While it may lack any feature to do any physical harm, the sheer presence of a high-pitched whistle blaring in a dark alley or a parking lot would frighten any assailant due to the attention it has garnered. Moreover, a safety whistle is small and cheap enough to conceal in your pocket or with your key bundle. Thus, it is best to combo it with something else that provides substantial defense. 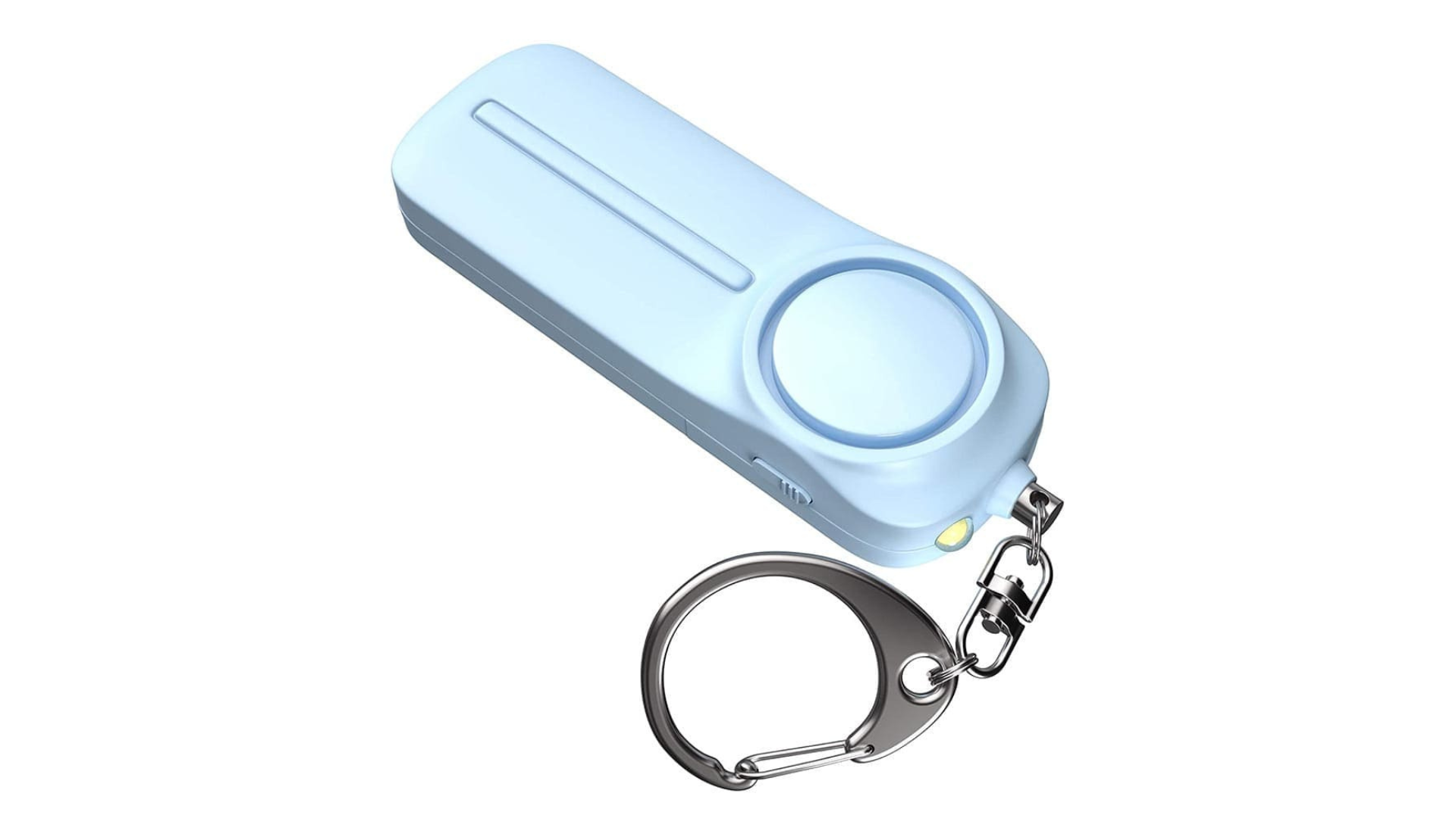 If you have a little budget to spend, alarm keychains are ubiquitous in almost every situation like getting lost in a mountain hike, needing to alert rescuers in a car crash, or for personal protection for women and children alike. Alarm keychains are also similar to safety whistles but the advantage of alarm keychains is it’s activated via a pin pulled from the device akin to a hand grenade. This leaves your hands available to reach out for other means to defend yourself like grabbing a can of pepper spray in your car. The high-pitched alarm will alert anyone in the vicinity and it won’t stop blaring until the safety pin is inserted or deactivated via a switch.

Alarm keychains as a self-defense kit these days come in designs that look seemingly harmless and compact. For under RM30, you should be able to nab one of decent quality from any Malaysian e-commerce site. Some sellers even offer custom designs too!

Bonus: What to Do If Someone Approaches You In Your Car It pays to be prepared. However, even the most seasoned martial artists or Batman with prep time can still take a few punches off guard by a henchman lurking in the shadows. My former self-defense instructor taught me some tricks that are useful to pass on. Should you feel unsafe by a stranger approaching you or you feel your life is in immediate danger while you’re in your vehicle, keep your doors locked. If the assailant attempts to communicate with you, keep the car cabin brightly lit and the car engine on, lower the car window slightly ajar and pay attention to your surroundings. If a weapon is brandished or the stranger starts to show signs of aggression, it’s time to pedal to the metal. Drive off to the nearest police station or somewhere crowded and brightly lit for help.

Read More: Proper & Safe Driving Attire: Why Committing a Fashion Faux Pas behind the Wheel Means Being Safer on the Road? 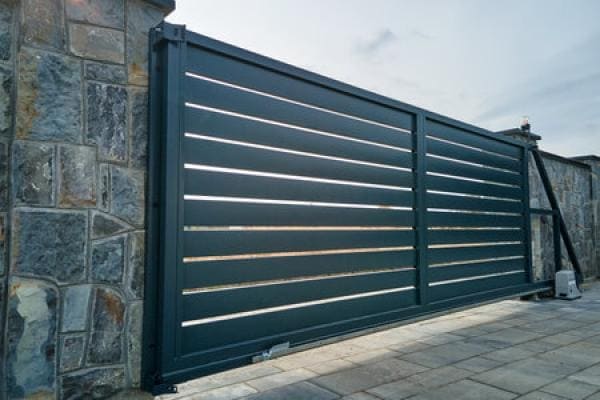 Moreover, if any readers here have an automated gate installed at your place, don’t kill the engine immediately upon entering the compound. Instead, keep it idle till the automated gates close fully before exiting the vehicle. This is very important as numerous robbery attempts have been reported where the assailant ran into the house while the automated gate is closing. Should any hostile individuals be spotted attempting to rush into the gates, put your gear in reverse and ram through your gates and get to safety. The loud bang followed by the sound of your car screeching will be loud enough to alert your neighbors while scarring those soon-to-be robbers away. Replacing that auto gate may be expensive, but is risking your life really worth it? All in all, the most foolproof way, as quoted by various martial arts and self-defense instructors, is to simply run.

To conclude, we hope these items will be helpful and pray our readers may never need to use them ever.