Some might argue that the Mercedes-Benz E-Class slips under the radar against its more prominent sedan siblings, the C-Class and flagship S-Class. Nonetheless, that very same argument is testament to the mid-sized executive sedan’s understated elegance that is a perfect fit for those who don’t want to scream for attention but still want to make a strong enough statement that they’ve arrived, figuratively and literally.

As the fourth generation in the E-Class lineage, the W212 E-Class didn’t tear up the rule book but instead built on the foundations of its predecessors to further build on that reputation and on what the badge stood for.

We’ll be shining the spotlight solely on the facelifted W212 as its age makes it an ideal proposition under the circumstances. 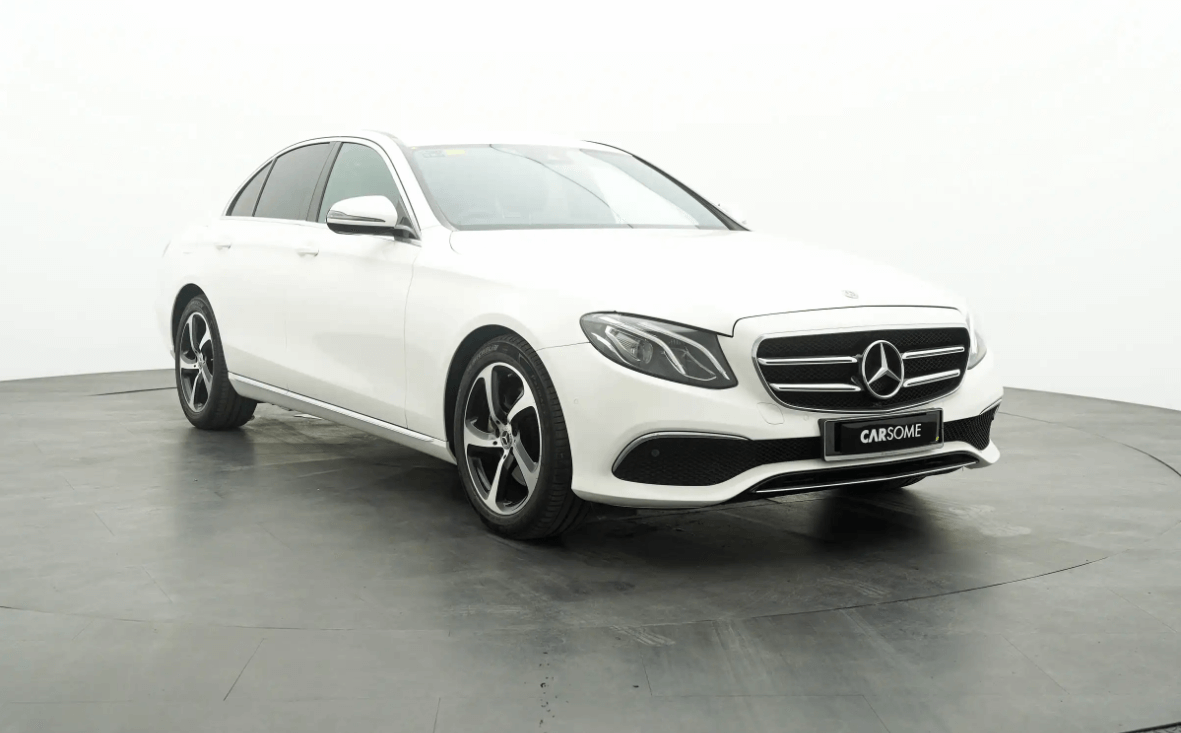 When the facelifted W212 Mercedes-Benz E-Class was launched in Malaysia in August 2013, the significantly redesigned front end garnered a love-it or hate-it reaction from fans. Gone were the split headlights, leaving the pre-facelift W212 as the last Mercedes-Benz to ever carry that design cue.

That said, even by the standards of European marques, the facelift exercise for the W212 E-Class was considered one of the most significant model revisions ever by Mercedes-Benz. It purported to have cost them close to the tune of 1 billion Euros, the same amount some brands spend for an all-new model.

Looks aside, the facelift came in E 200 Avantgarde and E 250 CGI Avantgarde trim.

Both were powered by the same engine, a new 2.0-litre turbocharged inline-four dubbed the M274 DE20 LA. The new powerplant had fast-acting piezo injectors, multi-spark ignition, fully-variable camshaft adjustment on the inlet and exhaust side, as well as a controlled oil pump for improved efficiency.

With the engine being the same, only different states of tune differentiated the performance aspect between the two variants.

The E200 made 184 bhp and 300 Nm of torque while the E250 brought a heftier punch with 211 bhp and 350 Nm of torque. Both sent power to the rear wheels via the 7G-Tronic Plus automatic transmission.

The new integrated singular headlights were now full-LED units for both variants. Aside from that, the interior received some minor enhancements in the form of revised air-conditioning vents and a classic analog dash clock.

Safety was given a bump-up with ADAS (Advanced Driver Assistance Systems) such as Attention Assist and Collision Prevention Assist.

Both variants rode on the Direct Control suspension with selective damping based on the road conditions. The suspension was also lowered by 15mm.

Completing the safety kit were eight airbags and the marque’s Pre-Safe system. Pre-Safe uses sensors to anticipate a collision and takes necessary measures to protect the vehicle occupants, all in a matter of seconds. 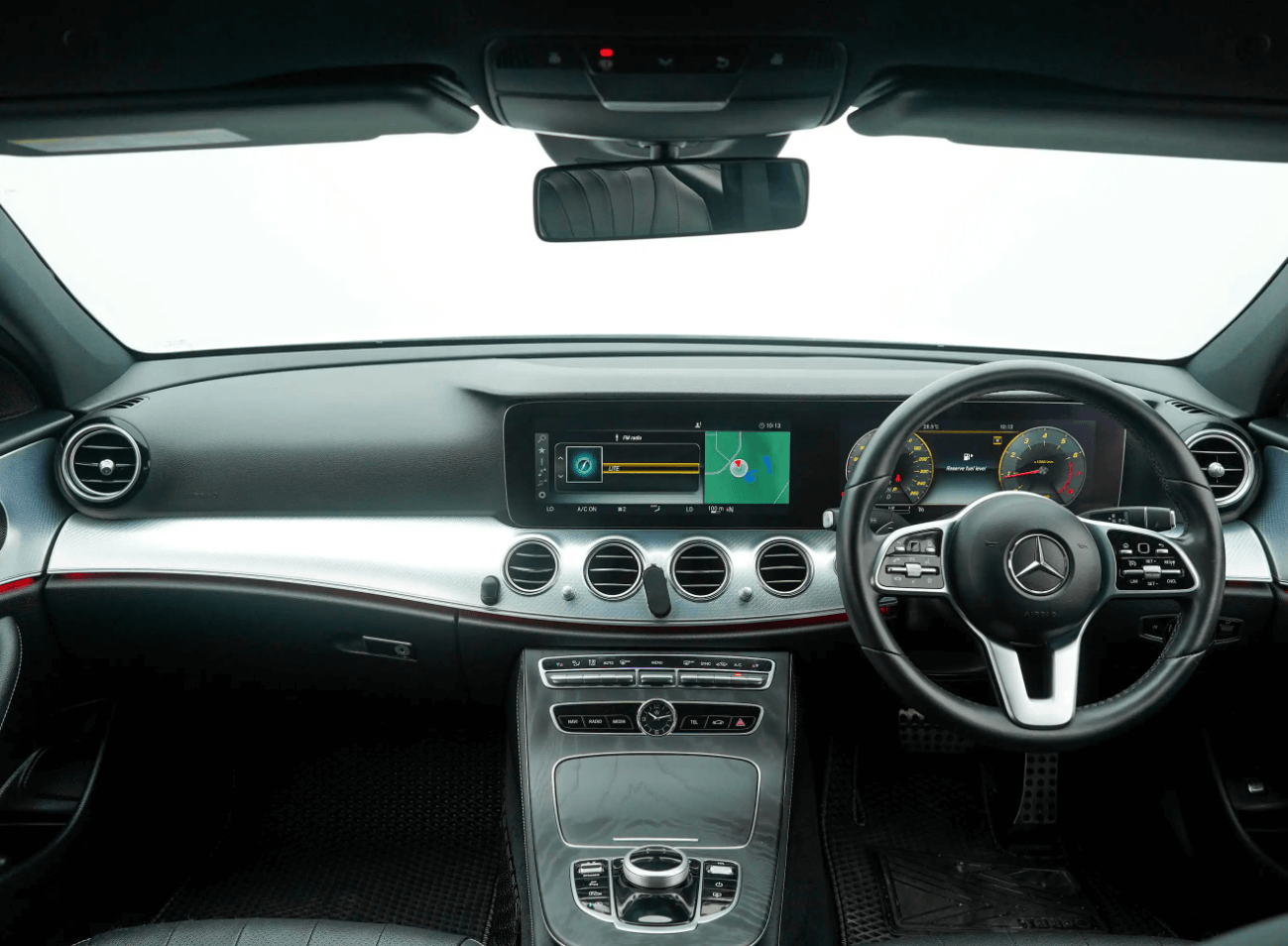 A few months following the facelift, Mercedes-Benz Malaysia introduced the most powerful, non-AMG W212 E-Class in the country; enter the locally-assembled E400.

Under the hood saw a new twin-turbo 3.0-liter V6  labeled the M276 DE30AL. It delivered an even 333 bhp and a massive 480 Nm of torque. Sending all that punch to the rear wheels was once again the familiar 7G-Tronic Plus automatic transmission.

Being the flagship, non-AMG trim, the E400 wore the sportier AMG Sports package, 18-inch AMG wheels, larger front brakes, and a firmer sports suspension. Rear occupants were treated to a rear seat entertainment system in the form of two monitors affixed to the back of the front seat’s headrest.

Come January 2015, Mercedes-Benz Malaysia once again raised the bar with the introduction of a new variant into the W212 E-Class family. The locally-assembled E300 BlueTEC Hybrid had the honor of being the first diesel hybrid to be commercially available in the country.

That means it wore the same AMG Sports package on the exterior as well as the same 18-inch AMG wheels.

Power comes from a 2.1-liter turbo-diesel and electric motor combination. The OM651 DE 22 LA inline-four diesel mill makes 201 bhp and 500 Nm of torque. This is complemented by the three-phase AC electric motor that delivers 27 bhp and 250 Nm of torque on its own. The motor is integrated between the engine and transmission, the latter being the usual 7G-Tronic automatic transmission.

Mercedes-Benz Malaysia was adamant that the E300 BlueTEC Hybrid sold here has been adapted to the local Euro 2M diesel. That means the engine loses the particulate filter and has a water separator fitted.

Being a diesel hybrid, the E300 BlueTEC Hybrid is very light on fuel. A challenge by motoring journalist Andrew Frankel saw him drive from Africa to the United Kingdom on a single tank of diesel, covering 1,968 km. While that was done with the optional larger fuel tank that wasn’t available in Malaysia, it’s still a very impressive feat by any means.

A compact lithium-ion battery stores the energy for the electric motor. It also powers the vehicle’s 12 V electrical system via a DC transformer. This keeps the car’s ancillaries powered when the engine shuts off at traffic lights. 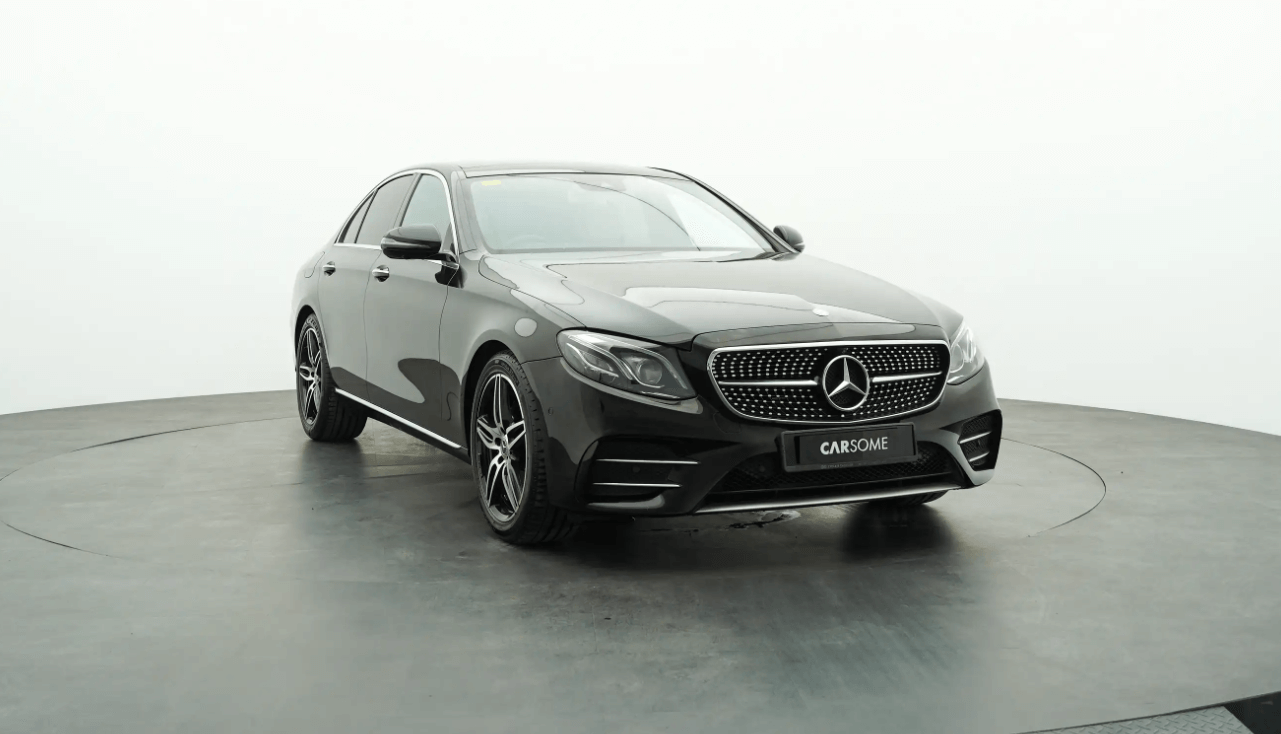 It’s generally accepted that Mercedes-Benz machines tend to hold their value a lot better than some of its rivals from the continent. That said, you can find some great offers on the Mercedes-Benz E-Class in Malaysia if you take the time to look around.

Browse some of the popular used car classifieds online and you’ll find that facelifted E200 models from 2013 start around the RM100,000 mark. Now make sure you’re seated for this because the price climbs significantly towards the final year models. If you’re opting for one of these 2020-year models, prepare to fork out around RM250,000 or so.

As for the E250, the first-year facelift models begin a tad bit higher at approximately RM112,000 but eventually levels out the same as it touches the RM250,000 ceiling like its lower-trimmed sibling.

If you’re keen on experiencing a diesel hybrid, pricing for the E300 BlueTEC Hybrid unsurprisingly starts lower than its traditional petrol-powered siblings. You’ll easily find first-year units of the variant in the market around the RM80,000 mark.

Which One to Get?

Given the healthy amount of variants, you’ll definitely be spoilt for choice. For those looking to play it safe, the logical options would be the E200 or the E250. Petrol-powered, no complex hybrid system and generally well-equipped.

On the other end of the spectrum is the impressive E300 BlueTEC Hybrid. Mountains of torque, extremely fuel efficient and packing tons of equipment. The downside would be that some parties are still skeptical regarding diesels and older hybrids as the maintenance costs might catch them out should something major fail. However, it doesn’t have any weak points apart from the common problems shared with the platform.

The best bet would be the aforementioned safe variants such as the E200 and E250 though. Plenty to choose from and most speciality workshops will be able to care for them with ease. 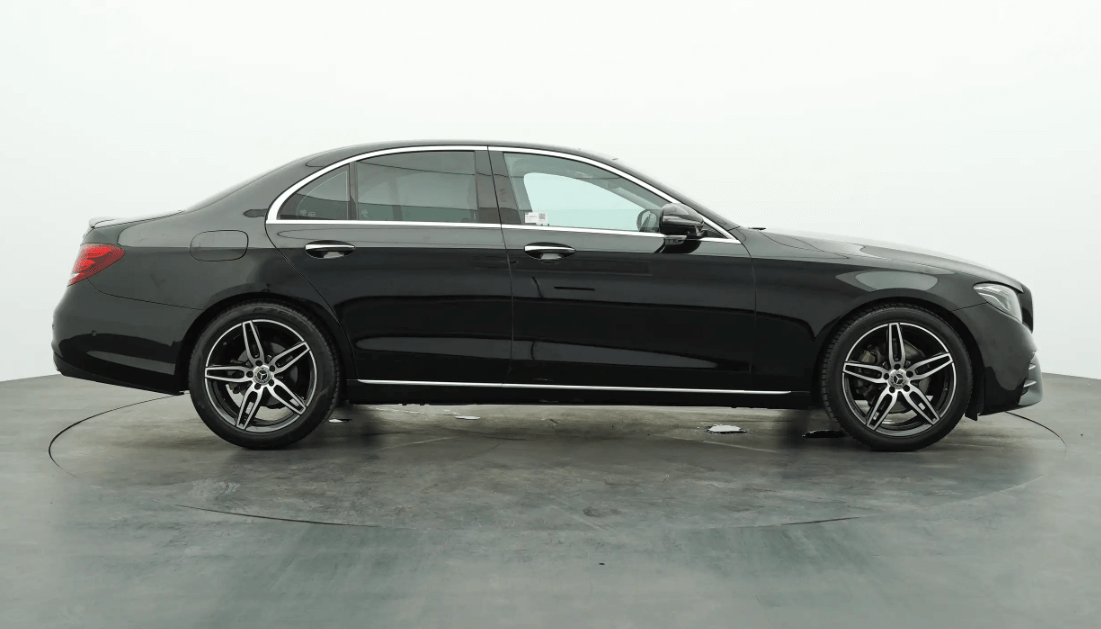 No car is perfect and that goes for the relatively hardy W212 E-Class as well. Having spoken to multiple workshops has led to a list of some of the common problems owners of a W212 might encounter and the estimated cost to rectify the problem.

Mr. Wai of Autoraco in Bandar Tun Razak shared some of his experience with the W212. The leading failure point according to him is the water pump. If you miss the warning light on the dashboard, the engine might overheat. Expect to spend around RM2,500 – RM3,500 for a new water pump and other components that may have been damaged with the resulting overheating.

Another common failure is the oxygen (O2) sensor. This’ll bring up a check engine light but isn’t a major problem by any means. That’s approximately RM700 for a new oxygen sensor though.

Even the mass airflow sensor isn’t exempt from defects. Unfortunately, only original spare parts work here and that will set you back a hefty RM3,000 or so.

The engine mounts in general not only serve to hold up the engine but also to dampen vibrations from reaching the chassis. It’s a common wear and tear item that will cost a minimum of RM1,500 to replace in the W212 E-Class.

Although the lithium-ion battery mostly powers the vehicle’s 12 V system, there’s still a regular auxiliary battery located in the boot. This will cost around RM320 to replace, depending on the brand. If it loses its ability to hold a charge over time, the auto start-stop function will not function properly.

Common to plenty of European vehicles is the failure of the wheel speed sensor. The W212 E-Class doesn’t escape this curse. The wheel speed sensor is a key component of the ABS and the electronic stability program. That’s about RM300 for each corner.

As always, take your time and don’t rush into the purchase. Ask plenty of questions, especially regarding the common problems highlighted above to gauge if the repairs have already been carried out. That would indicate a well-maintained unit as well.