3rd-gen Toyota Vios: Fresh Face & New Engine But Is It Worth The Money? (Used Buying Guide)

You could say the current third-generation Toyota Vios (NCP 150) is getting a little long in the tooth over here in Malaysia and you’d be right as the coveted fourth generation will be here soon. It was launched a decade ago in 2013 with the usual array of improvements to take the battle to its archnemesis, the Honda City, as well as contemporary peers such as the Nissan Almera and by a stretch, the Mazda 2 sedan.

However, taking a leaf out of the European facelift playbook, the Vios underwent a facelift in 2016 that wasn’t limited to the usual cosmetics and equipment smoke show. Some subtle visual redesigns paled in comparison to a new engine and transmission combo.

This made the NCP 150 Vios a truly unique model in that it was sold with two different powertrains across its lifespan. Both had their pros and cons and fortunately, you can still get the pre-facelift if that suits your needs more. 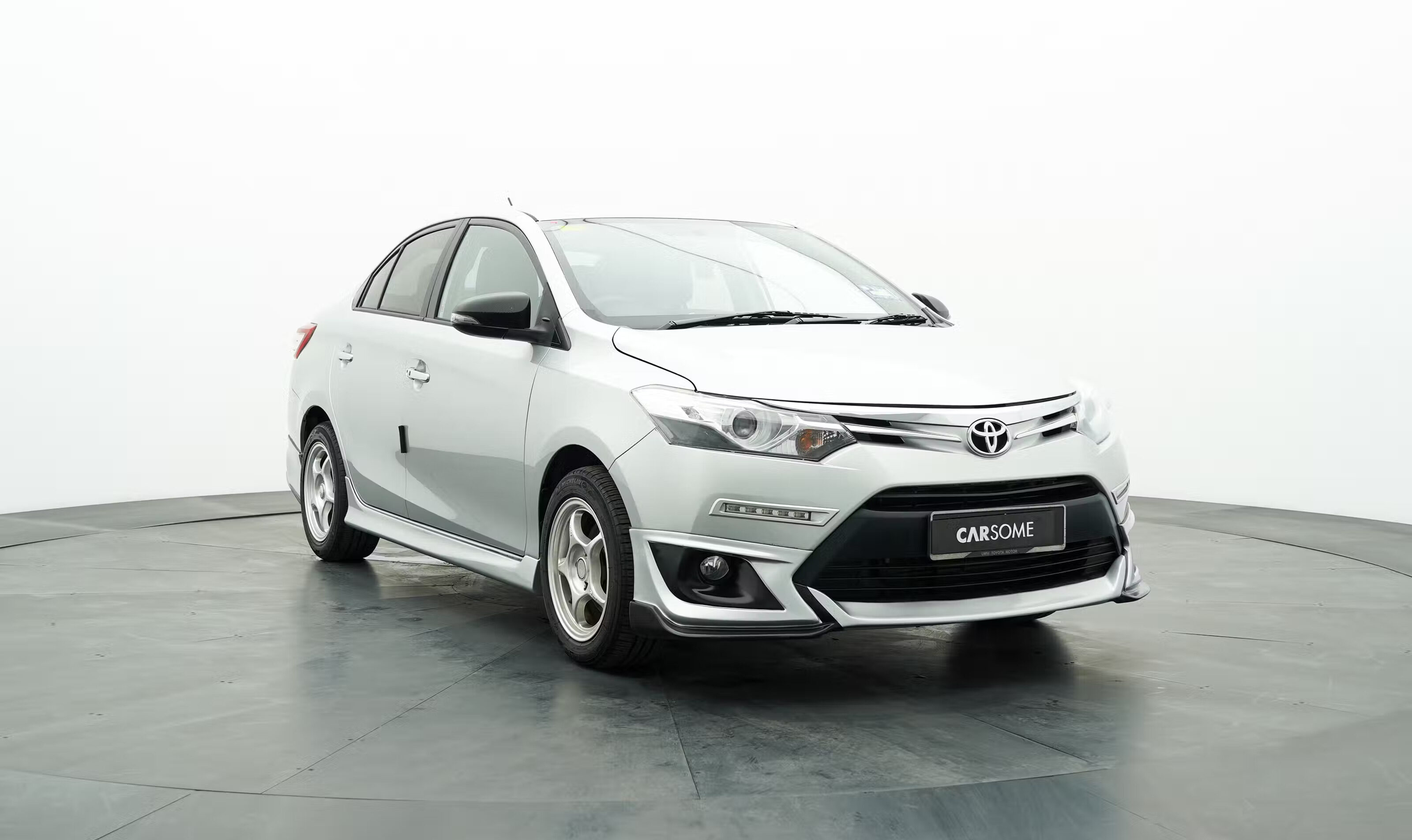 Let’s take a look at the differences between the pre-facelift and facelifted variants as well as the common problems and maintenance costs to expect with ownership.

The primary difference between the two versions lies with the engine and transmission, which is where the focus will be. To the layman, they were both 1.5-liter inline-four engines with an automatic. Nonetheless, key characteristic differences saw the earlier 1NZ-FE a little punchier with more low-down torque whereas the newer 2NR-FE was more economical in terms of fuel but at the expense of some power.

Read More: History of Toyota: The Largest Carmaker in the World

Owners of the first-generation Vios (NCP 42) will be familiar with this mill. It’s been soldiering on in the Vios largely unchanged save for the usual tweaks with every facelift exercise or model change to improve fuel consumption.

The 1NZ-FE was a 1.5-liter, four-cylinder with VVT-i (intake side). In its final form under the hood of the pre-facelift NCP 150, it made 109 PS and 141 Nm of torque. A traditional torque-converter 4-speed auto did its best to overwhelm the front wheels with it.

Tweaks from the previous generation (NCP 93) in the form of lighter components and a redesigned air-filter housing reportedly returned a five percent improvement in fuel consumption.

With the facelift, the NCP 150 Vios became the second Toyota in the country to adopt the 2NR-FE, following in the footsteps of the Toyota Avanza in the preceding year. The Vios hatchback sibling, the Toyota Yaris, would also be propelled by the same engine.

The primary improvement with the 1.5-liter, four-cylinder 2NR-FE was the availability of dual VVT-i. This meant variable valve timing on both the intake and exhaust sides. Coupled with Iridium spark plugs, it had marked gains in fuel efficiency.

Power, though, took a small hit, dropping negligibly to 107 PS and 140 Nm of torque in return for efficiency.

Mated to the new engine was a new transmission as well, a CVT automatic with a sequential manual mode to cycle through the 7 virtual ratios. Toyota claimed fuel efficiency went up by 18 percent. 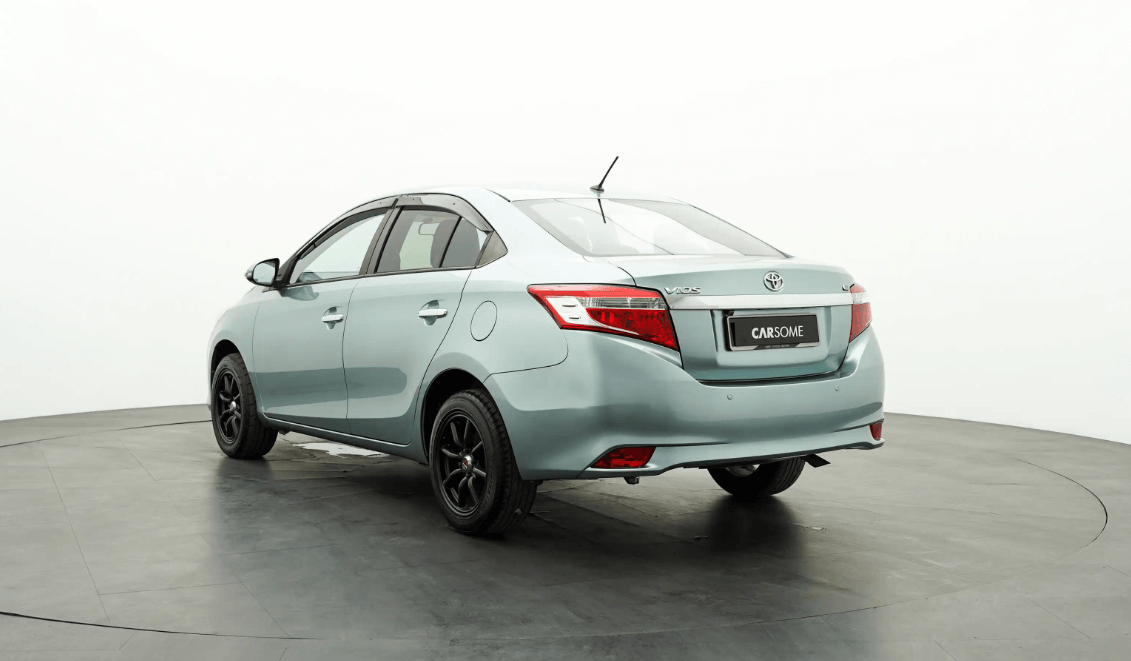 Although both engines had a capacity of 1.5-liters, the 2NR-FE was more of a long-stroke engine (72 mm bore x 91.8 mm stroke) against the older 1NZ-FE (75 mm bore x 84.7 mm stroke). To recap, the bore is the diameter of each cylinder while the stroke is the distance within the cylinder the piston travels.

This very much remained true to the basic engine principles regarding the correlation between bore and stroke versus power and efficiency.

To summarize, the pistons in an engine with a shorter stroke will travel less in each combustion cycle, meaning the pistons move a greater distance in the same amount of time against a long-stroke engine. That makes more RPM, meaning more power. Furthermore, the bigger bore with short-stroke engines allows larger valves for more air movement. All this equals more power.

The Variant To Buy And Current Market Prices

An easy way to identify the facelifted NCP 150 with the new engine is by the DRLs on the front bumper.

If the new engine and transmission find favor with you, expect to fork out a heftier sum between RM55,000 and RM65,000.

As for the best variant, in this case, it’s going to be the flagship Vios G. Equipment wise, things don’t change much during the facelift exercise so if the budget permits, put your money on the highest spec that carries kit such as projector headlights, an acoustic windscreen, a multi-info display, Toyota Premium Security and Solar Film tint.

However, if your budget doesn’t allow for the flagship variant, it’s still comforting to note that the facelift exercise in 2016 saw stability control become standard safety across the range although the airbag count remained a dismal two at the front.

Bear in mind when making your decision that the pre-facelift variants didn’t possess stability control, not even in the flagship trims. 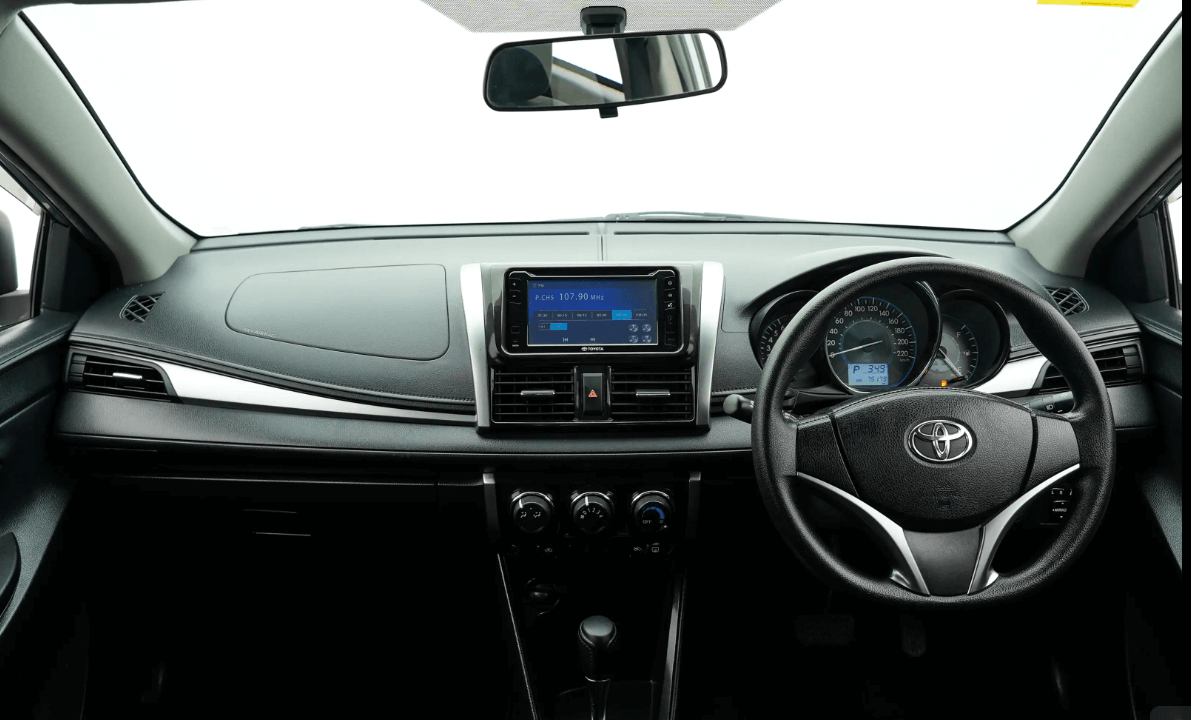 The Vios is still a Toyota sedan. So rest assured, it’s up there with the Corolla nameplate in terms of reliability. That said, the Vios does have some common issues that potential buyers should be aware of when looking at a particular unit.

Both engines are mechanically bombproof and furthermore, can lay claim to having endured the grueling and demanding motorsports life under the Toyota Gazoo Racing Vios Challenge series.

In terms of basic maintenance, the following table should serve as an indicative point for pricing:

You might notice the huge gap in pricing for the spark plugs between the two engines and as mentioned earlier, that’s largely due to the shift towards pricier iridium plugs in the 2NR-FE.

As far as common issues go, the 1NZ-FE is guilty of sprouting minor leaks at the crankshaft oil seal and timing belt cover.

As for the newer 2NR-FE, there have been cases of it developing an irregular clattering noise (usually after the 100k km mark) from the timing belt area. In most cases, it’s a worn belt tensioner that can be solved with a replacement.

You’re most likely buying a Vios for its fuel efficiency and refinement, which the latter 2NR-FE and CVT pairing in the 2016 facelift was designed to deliver.

On the other hand, those looking for something a little zippier with some zest in its drive will appreciate the pre-facelift 1NZ-FE and its stouter lower-end torque. Although it does lose out in terms of fuel consumption, it’s still a Vios, so you won’t exactly be burning a hole in your wallet with trips to the petrol station.

At the end of the day, you can’t go wrong with either version of the Vios. It all boils down to your budget and what exactly you’re looking for in your Toyota sedan. Rest assured, it’ll serve you reliably for years to come.

Visit CARSOME to find your dream car or download our app from the Google Play Store or Apple App Store today!