To say the Proton X70 was a paradigm shift, not just in Proton’s line-up, but in the way it operated moving forward, would be an understatement. In an age of SUVs ruling the roost, the carmaker’s first offering in that segment had to appease all stakeholders.

Of course, it was born from a heavy synergy with partner Geely, being based on the Chinese automotive heavyweight’s Boyue SUV. Of course, Proton did infuse its own prowess into various aspects of the car to better adapt it for the local requirements of consumers as well as our less-than-stellar roads. With the weight of a nation on its inclining shoulders, the Proton X70 launched in 2018 to much fanfare. That it undercut the Japanese competition in price wasn’t a surprise, as were the levels of equipment and refinement that was on par as well.

Nonetheless, the popularity of the X70 has recently been plagued by complaints of part shortages and gearbox malfunctions. Therefore, it begs the question, is a used X70 a great value for money proposition, or could you be left wanting, literally, more?

To simplify the X70’s lifecycle in Malaysia, it can be split into two major updates thus far; the first was during the switch from fully-imported CBU (Complete Built-Up) to locally-assembled CKD (Complete Knocked Down) models that saw the introduction of an all-new, Geely-developed seven-speed DCT transmission. Then, earlier this year it adopted the X50’s 1.5-liter turbocharged three-cylinder engine for all variants save the flagship trim, which maintains the 1.8-liter engine.

Read More: 7 Car-Buying Tips to Score the Right Car for You

At the time of its launch in 2018, the X70 was offered in four CBU variants, priced as follows:

Power for all variants was courtesy of a turbocharged 1.8-liter four-cylinder that delivered 184 PS and 285 Nm of torque. Sitting between the engine and driven wheels was a 6-speed automatic transmission. 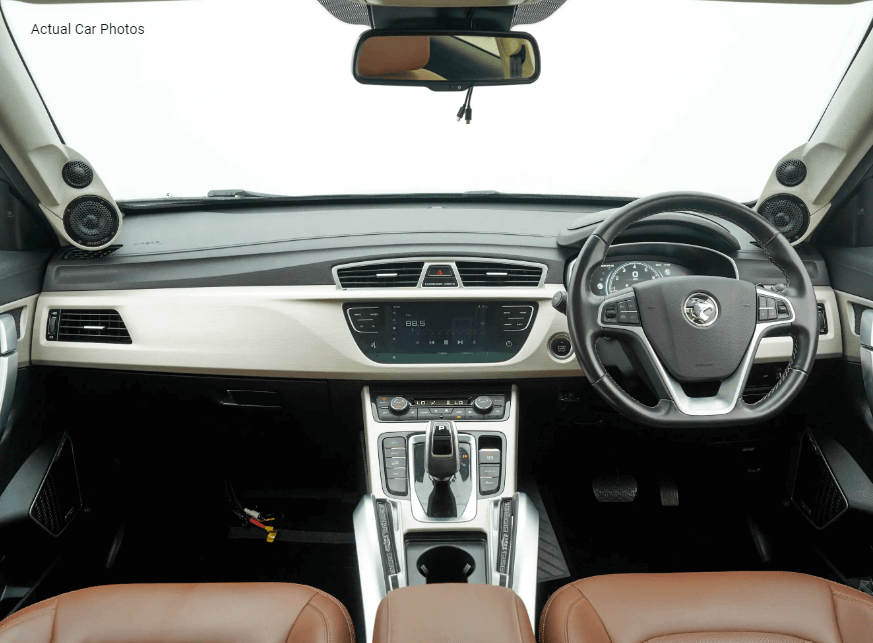 In early 2020, just before the pandemic plagued the world, Proton launched the CKD (locally-assembled) X70 that included a major change to its drivetrain alongside minor updates and revisions of the variants on offer.

Under the hood, the 1.8-liter TGDi turbocharged engine remained but was updated to the latest ‘Generation 3’ version that pumped out the same 184 PS but with 15 Nm more torque for a nice round 300 Nm.

Dubbed the 7DCT, Geely claimed the new transmission was benchmarked against some of the established players in the cog-swapping market; namedropping the likes of Volkswagen’s dry clutch DCT as well as the Aisin-sourced eight-speed automatic found in BMWs and Minis.

Geely also mentioned that the 7DCT averaged an efficiency rate of 94.6 percent with a maximum of 97 percent; the latter bringing it close to figures returned by manual, three-pedal transmissions.

That also meant the CKD X70 saw a slight improvement in fuel consumption from 12.8km/l to 13.3km/l.

Lastly, the higher torque rating of the 7DCT allowed the torque output of the engine to be bumped up without overwhelming the transmission, as would have been the case with the outgoing six-speed auto.

That wasn’t all Proton wrote though. Owing to dismal demand, the Executive AWD variant was dropped for the CKD range, replaced by a Premium 2WD variant instead. Pricing also saw reductions ranging from RM1,000 to RM5,000 with the new pricing as follows:

Subsequently, the X70 received another significant refresh in 2022 that saw all variants bar the flagship Premium switch over to the X50’s turbocharged 1.5-liter, three-cylinder petrol engine. Atop the X70 food chain, the Premium retains the 1.8-liter TGDi mill that still boasted a higher power output.

Interestingly, the 2022 refresh brought about the reintroduction of the Executive AWD variant that was previously dropped. 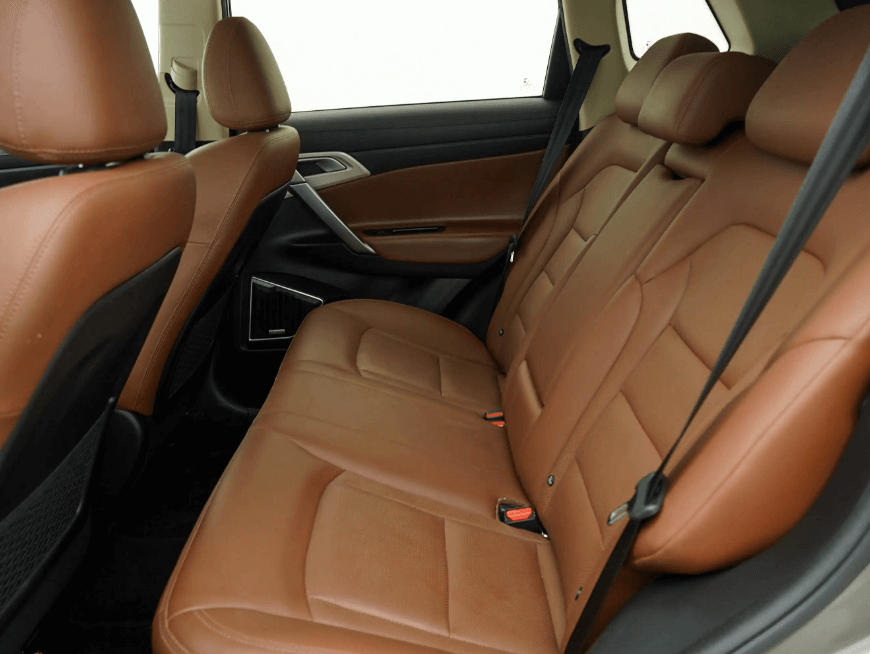 Given the backlog of orders for new cars that’s resulted in an extensive waiting period, pre-owned cars have been able to command a higher price in the used car market. It’s no surprise that popular models such as C-segment SUVs hold a higher asking price.

For similar money as a used X70, you could be looking at some of its Japanese peers such as a used Honda CR-V with the caveat that the Japanese SUVs will be a couple of years older, giving the X70 a distinct advantage of being newer and likely to still be wearing the manufacturer’s warranty.

Read More: Is It Time to Sell or Upgrade Your Car? Here Are the Signs

Which One to Get?

In the case of the Proton X70, the safest bet will always be the Premium variant. The reasoning behind that recommendation is simple, it’s got all the bells and whistles.

Only the Premium received ADAS features and for a family mover, the more safety the better.

If ADAS isn’t a must-have, you can’t go wrong with any of the mid or entry-level variants as the equipment level doesn’t vary much and they remain mechanically identical.

Nonetheless, another cardinal aspect to keep in mind is the replacement costs for wear and tear items such as tires that vary between the Standard and Premium variants as the latter runs on 19-inch rubbers that will undoubtedly cost much more to replace.

Common Problems with the Proton X70

Having selected which variant to go for, the only other paramount consideration would be the choice of transmission. Do you prefer the simplicity of the traditional torque-converter 6-speed automatic or the benefits but also possible pricier maintenance of the 7DCT?

Furthermore, it’s impossible to ignore the elephant in the room of numerous complaints surrounding parts shortages for the X70 as well as the X50. That said, the parts shortages aren’t limited to just Proton but is a global problem affecting other carmakers as well. It’s just that given the higher volume of sales here, the repercussions are spread wider.

Nonetheless, the larger owner demographic does make it easier to observe common issues with the model, some of which are detailed below:

In the case of the supposedly simpler 6-speed auto in the CBU units, there have been documented cases of premature failure with the torque converter itself, resulting in jerking during gear changes as well as juddering between 4th and 5th gears.

You can expect to fork out around RM3,000 or so to resolve the issue at a service center.

If you’re wondering why the CKD units with the 7DCT aren’t covered here, it’s simply down to the fact that being less than 2 years old, the transmission is still very much under Proton’s five-year/unlimited mileage warranty that would see the service center rectifying or replacing any defects. Therefore, there exists a lack of independently verifiable data from independent service centrer or external workshops to more accurately gauge repair costs.

In the case of the 7DCT, most complaints centered around jerky shifting, especially from a standstill or in slow-moving traffic between first and second gears. So, if you’re getting a CKD unit, keep an eye out for these symptoms when test-driving the car.

Owners have also suggested carrying out a transmission adaptation/relearning that in some cases resulted in the issue being rectified. However, while this isn’t a sure fix, it’s something that can be attempted before major work is considered.

From a maintenance point of view, the upkeep of the X70 is generally considered reasonable. For instance, the priciest scheduled maintenance occurs at the 60,000km mark with an estimated bill of RM1,100. 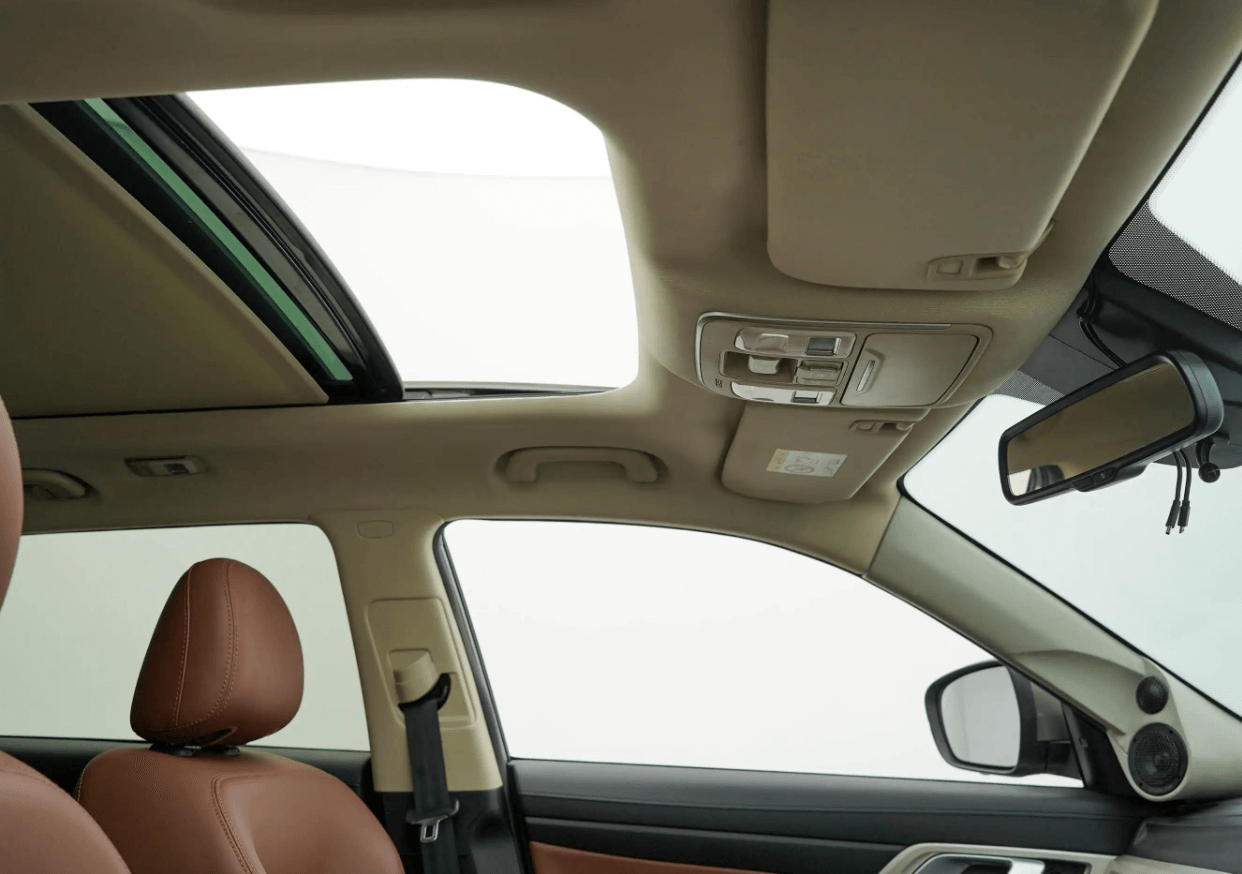 As a benchmark, here’s a table of the estimated costs for scheduled maintenance of an X70:

Right now, the only aspect hampering the X70’s popularity stems from the parts shortage that shows no signs of being sorted in the short term. Truth is though that the X70 isn’t the only model blighted by this but is arguably the one that’s feeling the pinch the most.

On the other hand, from a purely value-for-money perspective, the X70 is firmly atop the C-segment SUV pyramid. It’s a handsome thing with continental design cues, has sufficient punch under the hood, and carries class-leading safety tech. Perhaps the only black mark on its report card could be an interior that lacks as much room as its chief Japanese rival but alas, having your cake and eating it too is still asking much in the segment. Something will always have to give.

Check out CARSOME you’re looking for a pre-owned Proton X70.

You can also download our mobile app from the Google Play Store or Apple App Store for a hassle-free car-shopping experience in your hands.