Best Sleeper Cars That You Can Own For a Bargain!

“I want a sports car!”, laments the inner child of every car enthusiast out there. While the likes of obtaining a Ferrari, Lamborghini, or Porsche may be too pricey out of reach, there exists a small community in the aftermarket tuning culture that revolves around modifying cars in Malaysia. Ever heard of the term, sleeper cars? According to Urban Dictionary, a sleeper car refers to a vehicle with an unsuspecting appearance of an ordinary or beater car but under the bonnet, it has been fitted and modified with high-performance parts. In addition, sleepers can also refer to cars that are loaded with a race-ready engine that is highly tunable from the factory.

If any of you guys have watched Breaking Bad or Better Call Saul, the antagonist, Gustavo Fring drives a Volvo V70 Estate. While it may seem like the perfect car for a low-profile drug lord hiding in plain sight or to transport fried chicken, the V70 generation is an improvement developed from the infamous 850 Estate which has racing roots. Back in 1994, Volvo enlisted the 850 Estate into the British Touring Car Championship and scored third place overall and the best race finish in fifth place.

Bear in mind, the 850 Estate at that time was competing against the likes of sport sedans and compacts from brands such as Renaults, Nissans, Alfa Romeos, Vauxhalls, and Fords, who are known for their experience in racing. For a boring, family-oriented station wagon to score a fifth place in the championship, Volvo’s achievements in 1994 managed to shake the motoring world. Today, the Volvo 850 Estate is renowned for its highly tuneable inline-five-cylinder engine as a sleeper car though it still flies under the radar even among die-hard car enthusiasts. While the Volvo 850 Estate is now a 29-year-old classic, here are five models you can buy from CARSOME’s inventory for the ultimate sleeper car experience! 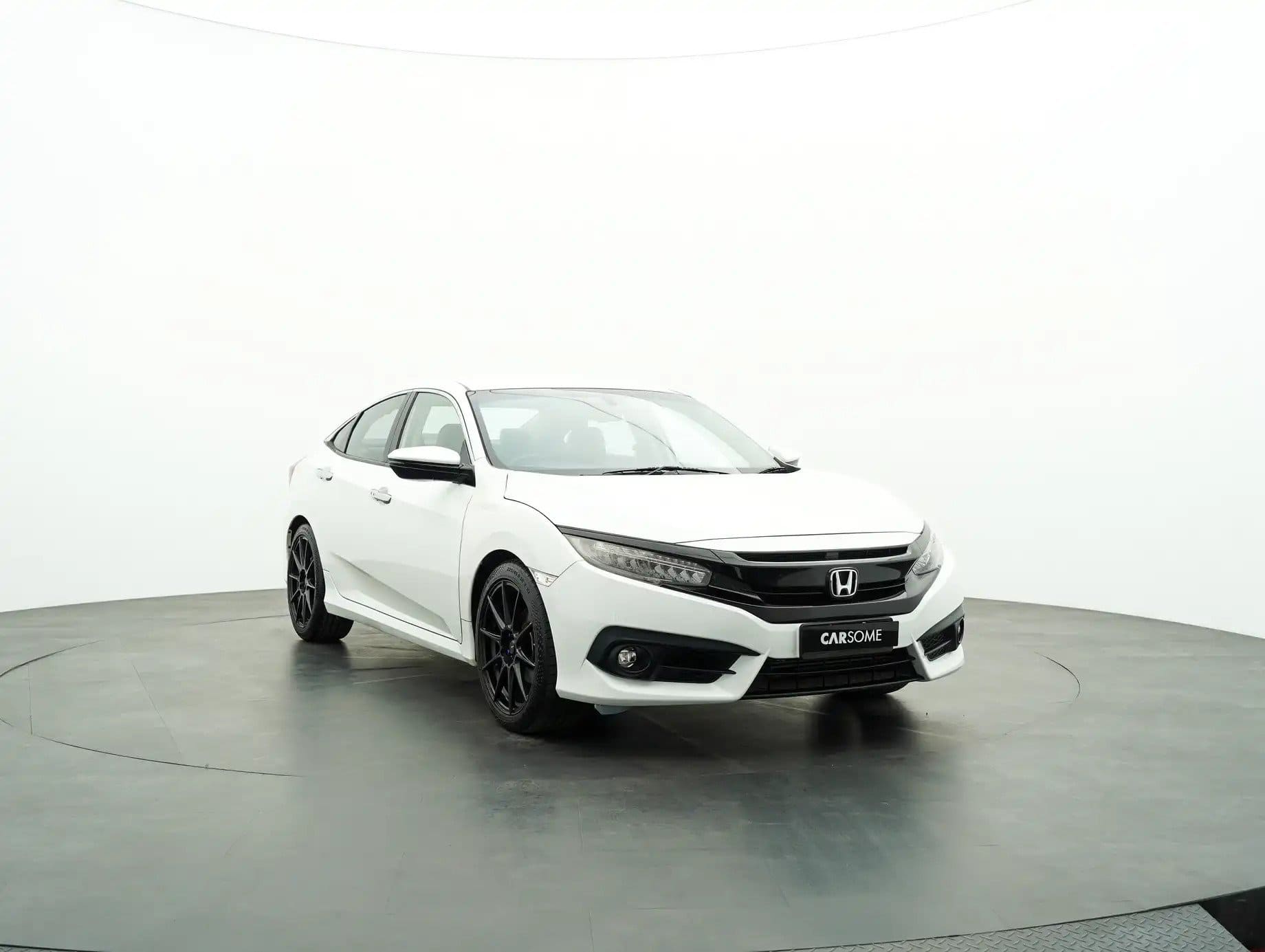 The iconic Honda Civic since its inception in 1972 has been an eponymous staple among the car community. Every car meet or track day you go, there will always, always be a Honda Civic there. Older Civics are still prized today for their cheap price, huge aftermarket support, and an experienced community in modifying them, making them an excellent sleeper car. The tenth-generation Honda Civic (FC) is a huge step up compared to its previous generation due to its small-yet-mighty 1.5L, four-cylinder turbocharged engine that generates 173 PS and 220 Nm of torque. All that power is sent to the front wheels via a CVT transmission. Don’t let that CVT fool you. The manufacturer claims that it makes the 0-100 kmph sprint in 8.2 seconds, this is a pocket rocket not to be missed.

In contrast, the Honda Civic can only be had with a naturally aspirated engine; turbocharging requires some aftermarket parts and handiwork from a workshop. Often the tenth-generation Honda Civic is fitted with the FK-8 Type-R’s body kit and engine parts giving it more power. Essentially, making it a baby Type-R. While the tenth-generation Civic has been discontinued by Honda in favor of the brand-new eleventh-generation, a used one has depreciated its value beneath the RM100,000 mark. If you’re looking for a pocket rocket of yourself, start browsing with the link below! 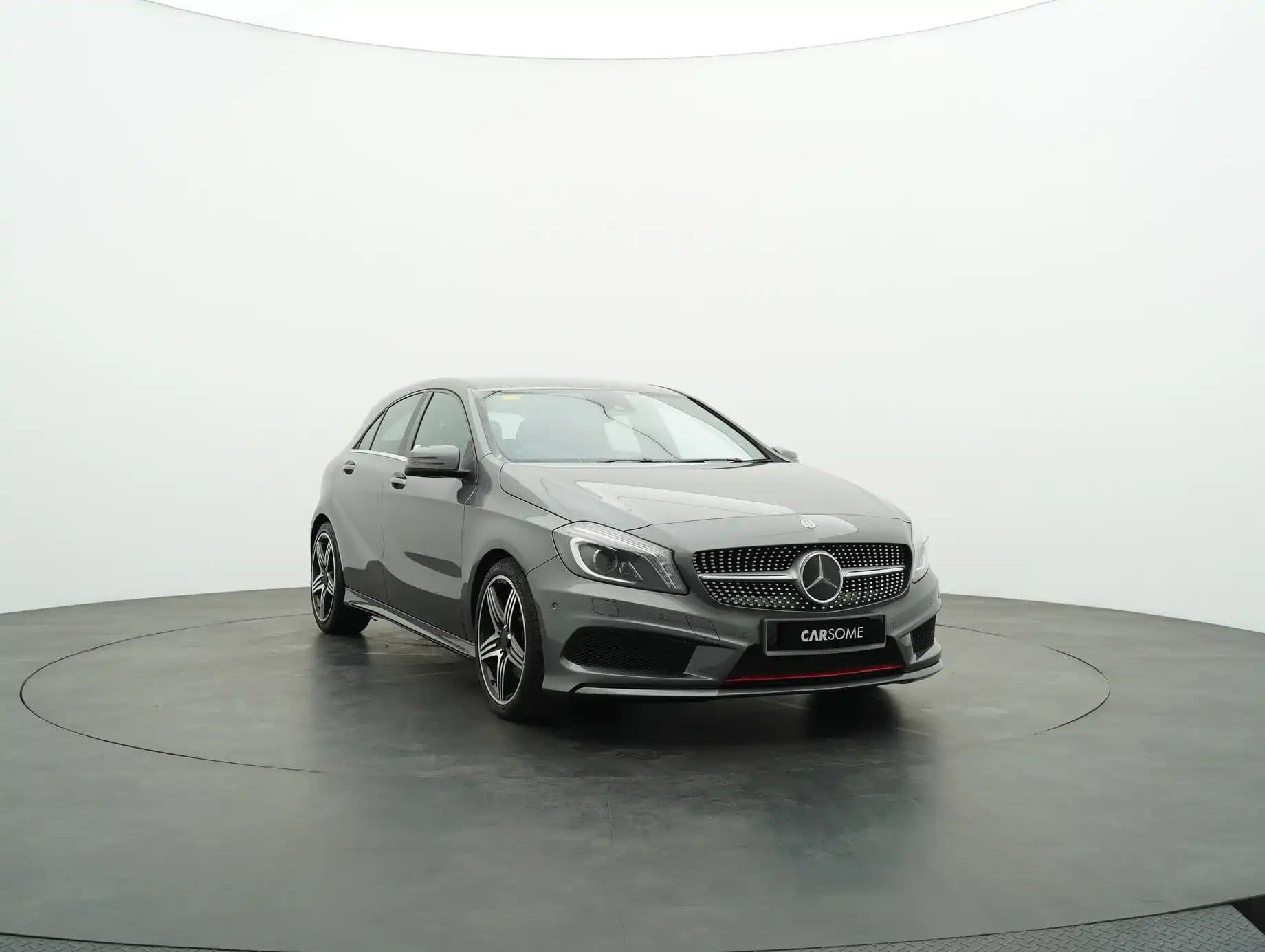 Here’s another pocket rocket hailing from Germany that won’t break your wallet. The Mercedes A-Class had gone through two weird Smart Car-looking generations before it became the five-seater hatchback and sedan we know today. Although the A250 is always outshined by its range-topping AMG variant, the base spec is not to be underestimated too. Both models, sedan and hatchback are powered by a turbocharged 2.0L, four-cylinder petrol engine sending 211 PS and 350 Nm to the front wheels via a seven-speed Dual-Clutch Transmission (DCT).

Thanks to its powerful DCT technology, the A250 Sport gets lightning-fast shift times compared to a regular six or seven-speed automatic transmission. The result is a century sprint of 6.6 seconds from launch. Currently, the A250 Sport remains a bargain as a sleeper car among enthusiasts. Where are you going to get a turbocharged four-cylinder engine car with a Dual Clutch Transmission for under RM150,000 in the used market? This little German sleeper car depreciated almost half its price when it was released brand new in Malaysia. Slap on a race exhaust, ECU tune, a cold air-filter intake, race suspension, new tires, and sport rims, and you’ve bagged yourself a little weekend hill-fighter or a highway champion.

Read More: New vs Used Car: Which is Right for You?

Everyone likes a good underdog in the race. Estates or Station Wagons may be a small niche in Malaysia, but this D-Segment car still has a sizable community even after getting phased out by SUVs. Like the Volvo 850 Estate earlier, the estate variant of the iconic Mini Cooper tends to be glanced over like the middle child in the family. Ironically, for a car called Mini, the boot space is not to be underestimated, with a whooping 360-liter with the rear seats up and 1250-liter with the rear seats folded down.

Under the hood of this BMW-engineered Clubman is a 1.5L three-cylinder turbocharged engine with an output of 136 PS and 220 Nm (230 Nm on Overboost), all that power is sent to the front wheels, mated to a six-speed Steptronic automatic transmission. Now, being a station wagon, this car is on the heavy side, hitting 0-100 kmph in 9.1 seconds. This Clubman isn’t your average high-speed grocery-getter.

Modifications and parts for the Clubman are easy to source. Just like its younger sibling, the Mini Cooper, the Clubman has its fair share of presence in the aftermarket scene. Slap on a brand new race exhaust, coil overs, and the sorts, and you’ll get a fun little sleeper car for the family.

Read More: Why Wagons Are Not Popular in Malaysia?

Here’s a living distant cousin of the infamous Volvo 850 Estate that dominated the BTCC of 1994 now obtainable below RM120K. In comparison with the likes of other German hatchbacks like the Golf and the Polo, this Swedish five-door hatchback sleeper car can still give them a run for their money. Don’t let this size fool you. This little Volvo is powered by a Drive-E 2.0-liter turbocharged four-cylinder petrol engine mated to a Geartronic eight-speed automatic transmission. The end result is a whopping 245 PS and 350 Nm of torque, capable of doing 0-100 kmph in 6.3 seconds.

Evidently, there isn’t much love for the V40 in Malaysia despite its torque output being on par with the Mercedes-Benz A250 without the help of a DCT system. The eight-speed automatic makes maintenance cheaper and easier compared to a much more complicated DCT transmission in high-end performance cars. Much like a Japanese Toyota, Volvos will technically run forever provided regular maintenance is done quite frequently. Safety is an added bonus to this V40 too. In 2020, the Euro ANCAP awarded the V40 model as one of the safest cars of the year. A befitting choice for a company that invented and gave away the first two-point seat belt to the world for free.

Talk to any car enthusiast about what is the best car pre-Geely Proton has made, and they’ll tell you it’s either the Satria Neo or the Suprima S Turbo. Although the Satria Neo has seen mainstream success within the car community, I feel like the Suprima S is the dark horse of Proton’s automotive history. A car ahead of its time in Malaysia, this five-seater hatchback has Lotus’ magical touch on the car’s handling during the short stint when the tiger-branded national car held a huge stake in Lotus Cars Limited.

Say what you want about Proton cars but there was a beautiful time when fan service was at the top of their minds in the early 2010s. Upon the Suprima’s release back in 2013, reviews were in a mixed bag due to the amount of sub-par quality vehicles that Proton had released prior. But if affordability is what you want, getting a family-oriented hatchback that is powered by a 1.6L turbocharged inline-four CamPro engine for RM80k was quite the bargain back then. The jointly developed engine with Lotus sends 138 PS and 205 Nm to the front wheels via a CVT transmission.

If you can get past the stigma of domestically made products, it was a decent and fun car for the middle class to own. It was powerful enough to get some smiles-per-liter and handles like an all-rounder for any situation necessary. Prices for the Suprima S have depreciated by a lot, now going for half of what they used to go for. Though we concur that prices may go up soon given a custom-built Suprima S has represented Malaysia as the finalist for the Hot Wheels Legends Tour this year.

Now, nearing the end of this article, you may be wondering – “Why isn’t the Perodua Myvi on this list?” We could add it to this lineup, but that would be cheating. The Myvi, in all its grace and glory, sits in another league on its own – the King. With a recession in the loom, these cars can also double as an investment asset should you get them when their prices have depreciated more than half after their launch.

Hide in Plain Sight With These Sleeper Cars When You Buy Them From CARSOME!

For any car enthusiast looking to get into the aftermarket scene, CARSOME has the right selection for you! All our cars are professionally refurbished to ensure they stay in good condition. Furthermore, our cars are thoroughly put through a 175-point inspection to weed out any damages to the vehicle. All CARSOME Certified cars offer a one-year warranty (unless modified) and a five-day money-back guarantee if you decide to return it, no questions asked!

Get your dream car with CARSOME today!