Some drivers might not have realized this, but the road and safety signs in Malaysia have different meanings and functions according to their shape, font size, signboard color, placement, and symbol.  In Malaysia, these are standardized road signs similar to those used in Europe but with certain distinctions. They are placed in areas that are clearly visible to guide, warn, prohibit, or inform road users. 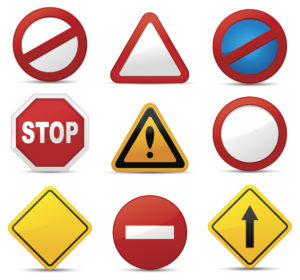 The language used for the road and safety signs boards is mainly Bahasa Malaysia, but English is also used for important areas like tourist attractions, airports, railway stations, and immigration checkpoints. We already know that these signboards have different meanings and functions, but what are they exactly? Let’s find out! 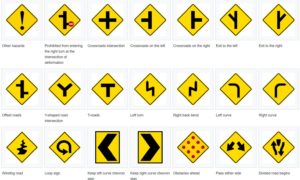 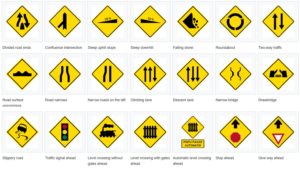 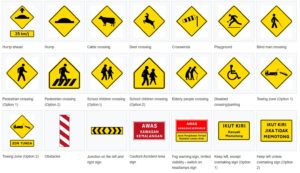 These warning signs are to provide information on road conditions in front of or adjacent that could be dangerous to road users. These are often in red, yellow, or black and are diamond-shaped.

Information road signs are the ones that you would see most frequently used in Malaysia as they provide road users with general information about the road that they are using and the road ahead. These signs are usually in blue and white. 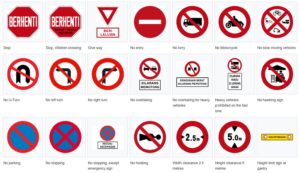 These signs are used at locations where road users are required to carry out a specific task, as they are not suggestions and need to be adhered to. These mandatory road signs are the most important road signs that you have to know. These signs are round with white backgrounds, red borders, and black pictograms. Some mandatory signs which fall under this same category are round with blue backgrounds and white pictograms.

Guide road signs are used to show directions or the distance to a destination (in km). It is usually in blue, green, brown, white, or yellow. 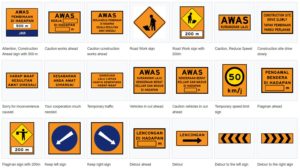 These road signs are used when constructions or road maintenances are taking place temporarily. These signs are usually in orange and black.

Other Relevant Road Signs in Malaysia 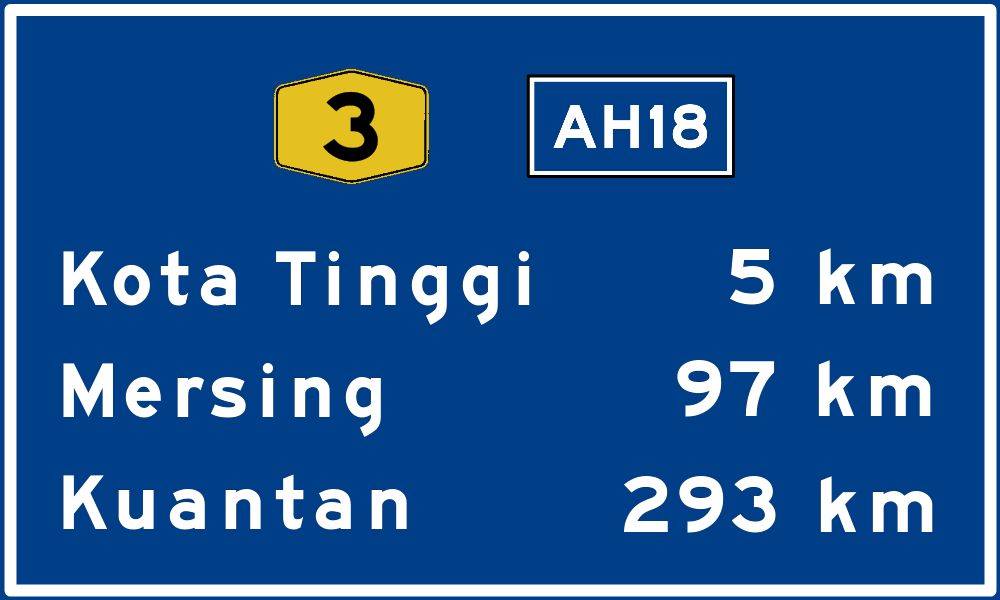 According to the road category under 333 Act, The Malaysian Road Transport Act 1987, chapter 67, blue signboards are used for federal, state, and municipal roads.

Green sign boards are used for toll expressways or highways in Malaysia only. 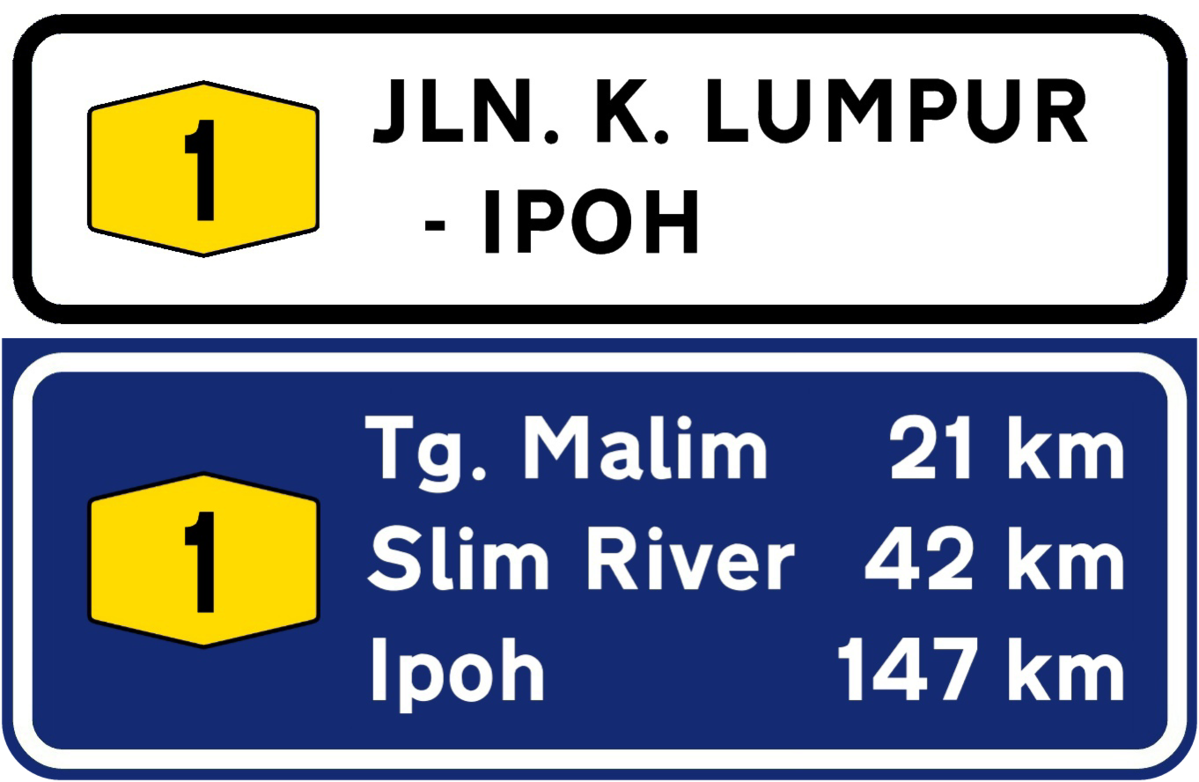 The Federal Road System is the country’s main road network. Federal roads are usually labeled with route number shields like Federal Road 1. Apart from roads, several highways funded by the federal government such as the Federal Highway and the Skudai Highway are also known as federal roads. 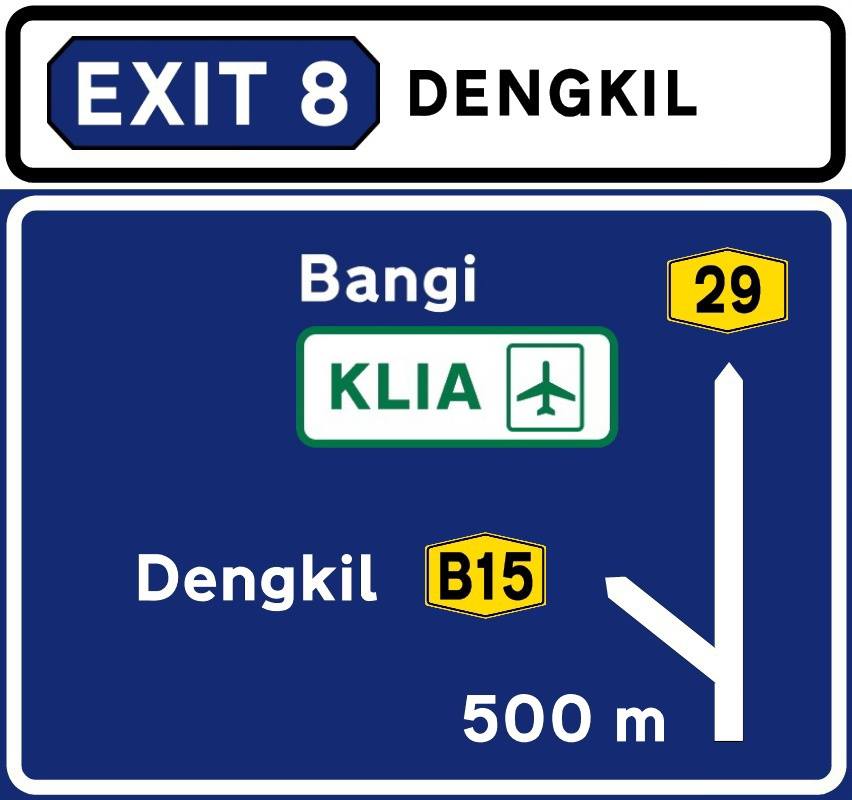 In general, state roads and federal roads use the same standard signs. State roads are funded by the state governments through their respective Public Works Departments (JKR). The state road system uses a letter of the alphabet for its route number. 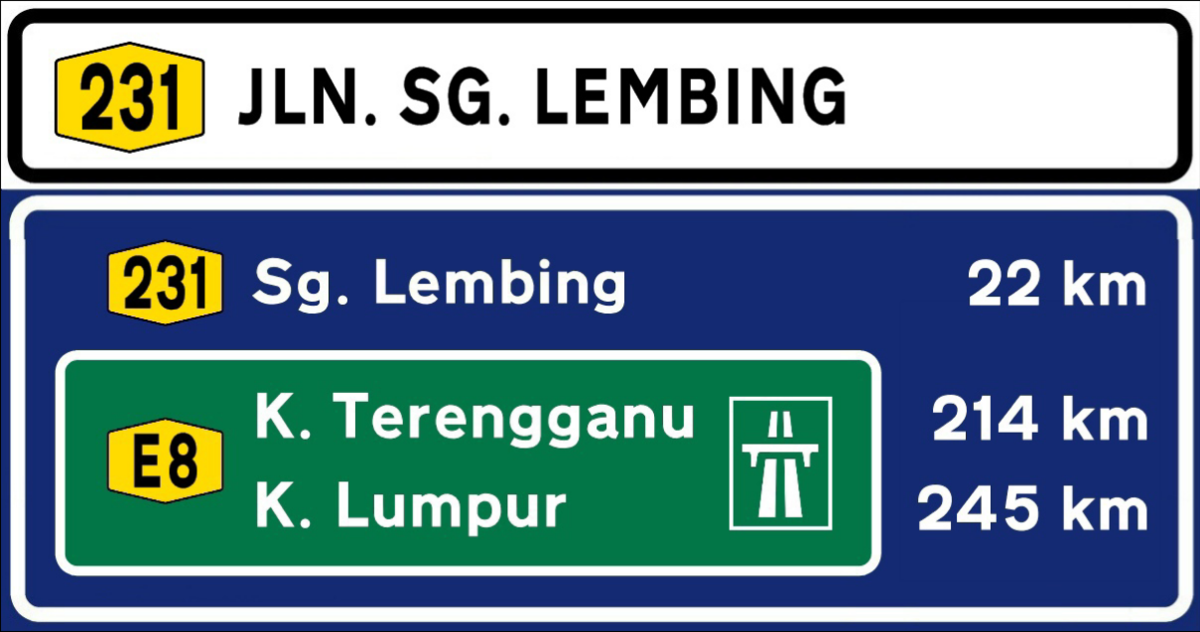 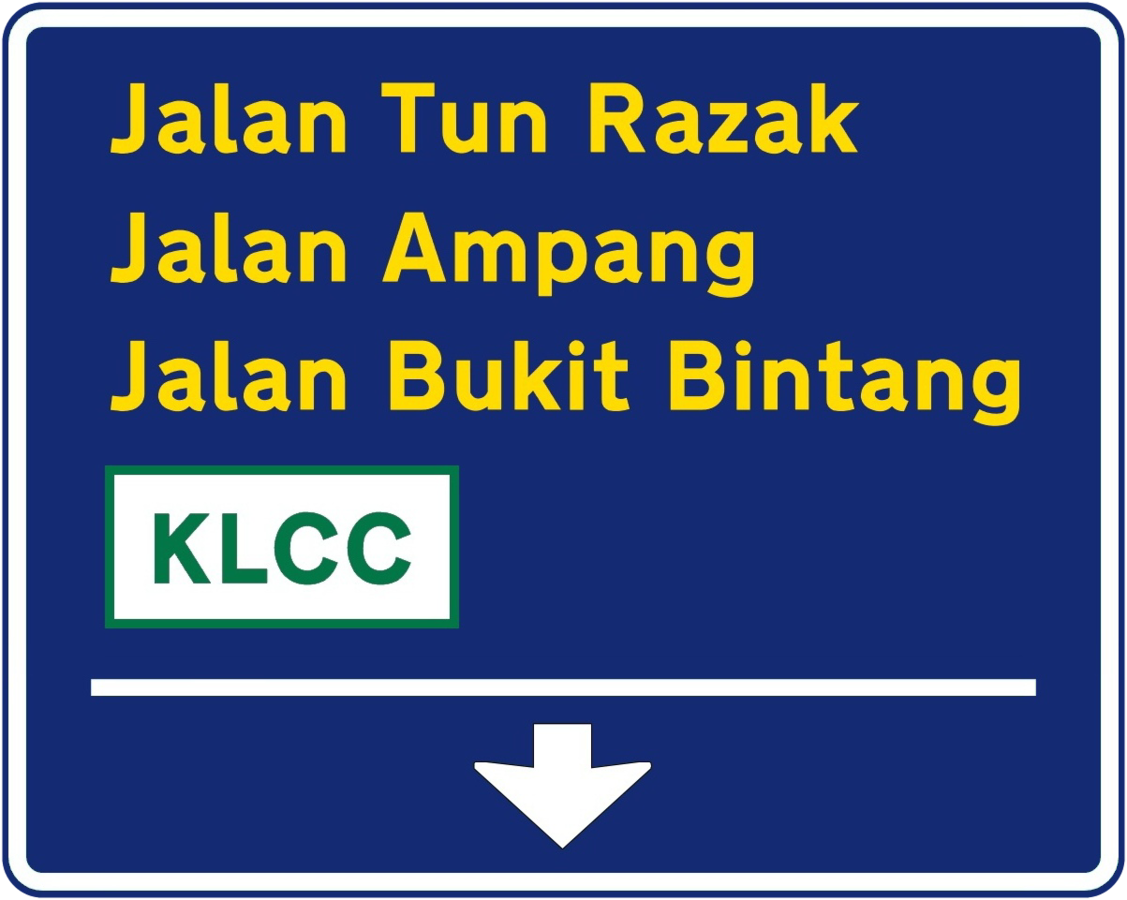 These signboards usually refer to the name of a certain road.

The white words refer to the names of cities and areas. 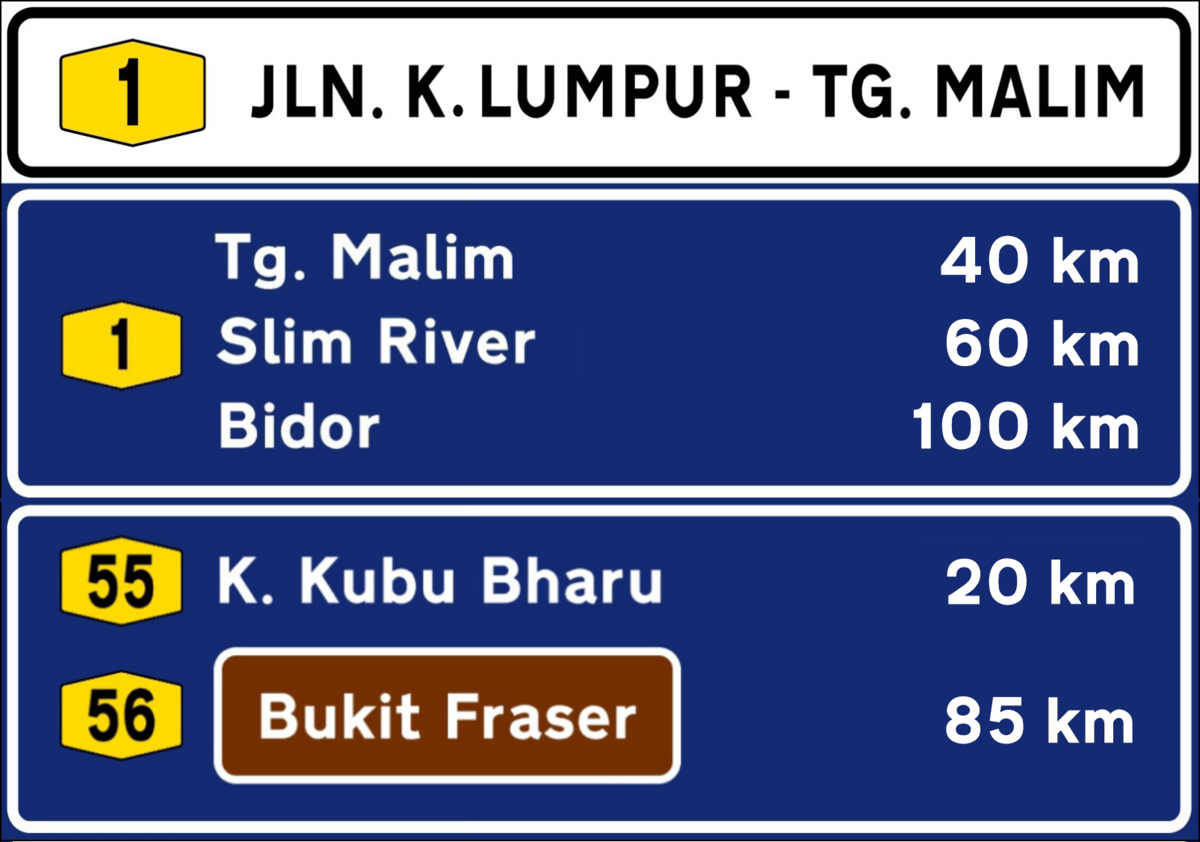 These signboards refer to a tourist destination. White signboards with green letters also indicate the location of tourist attractions.

White with black letters for towns and other settlements. Green with orange letters for government institutions.

Border signs in Malaysia are green for international and state while blue is for the district.

The Arrangement of Destinations on Signboards

*images in this article are sourced from Wikipedia.