Cars You Must See At The 2019 Malaysia Autoshow! 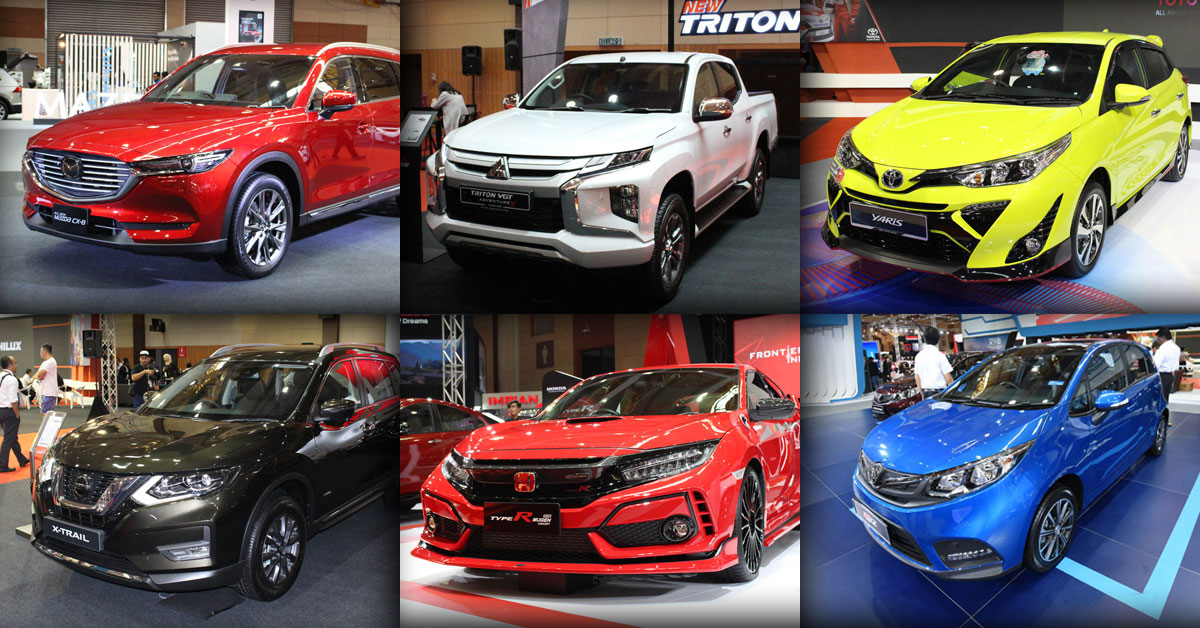 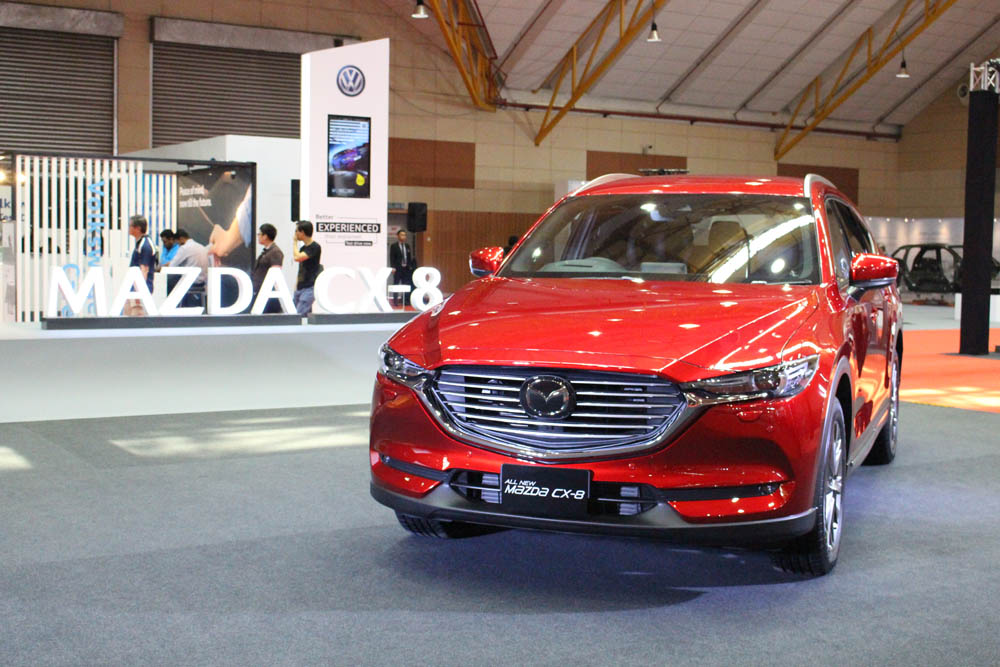 The brand’s latest SUV takes centre stage at the Mazda booth. The preview unit is a 2.2-litre Skyactiv-D turbodiesel that produces 188 hp with 450 Nm of torque at 2,000 rpm and paired to a six-speed automatic transmission and is all-wheel drive. 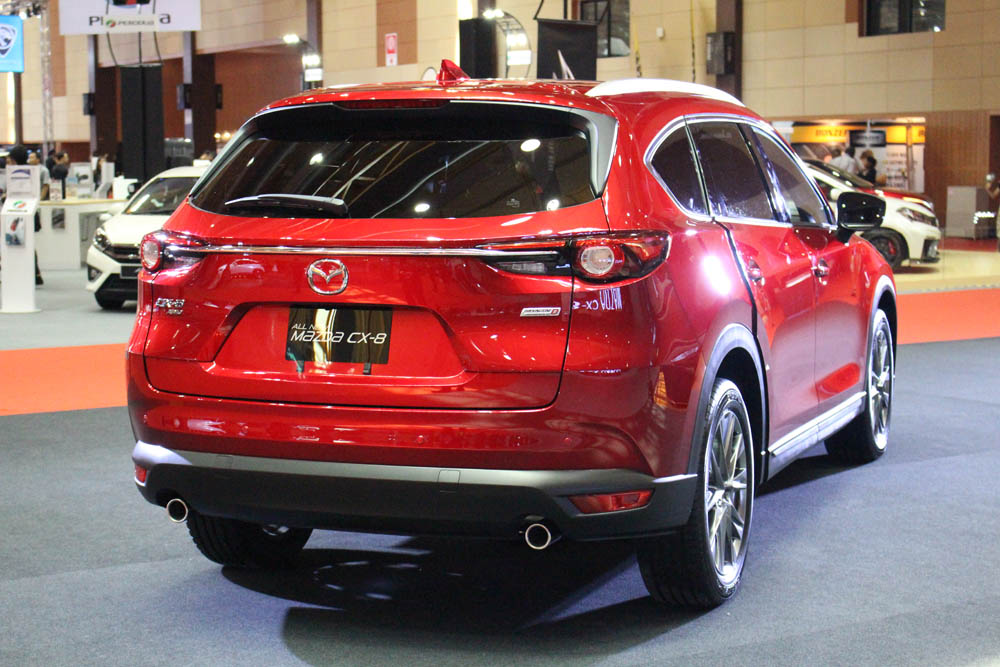 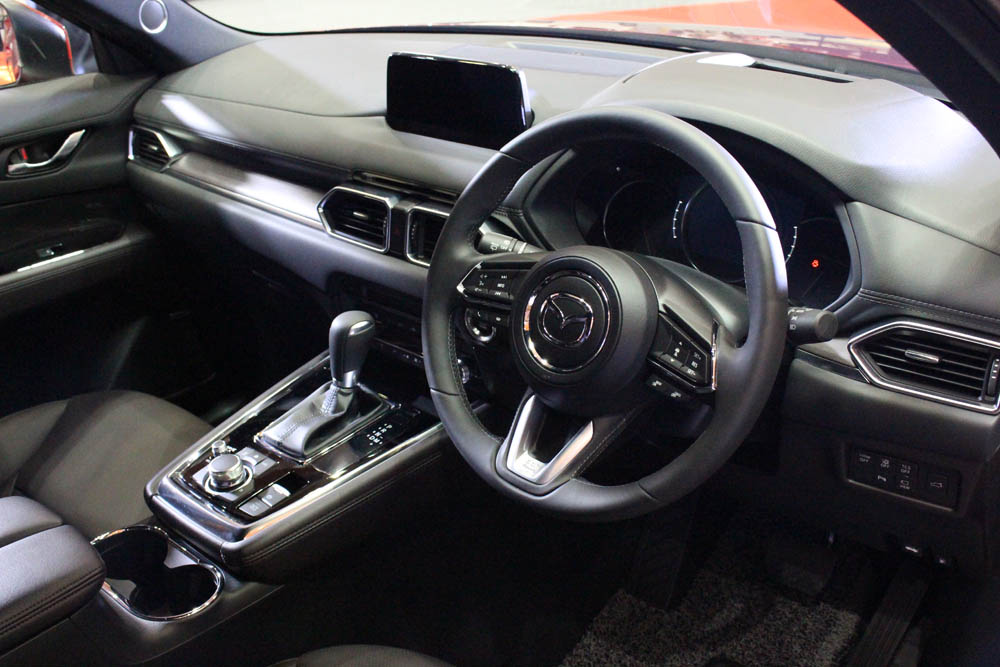 While there are not much details, it is mentioned that the CX-8 will be available in six and seven-seater variants in 2-2-2 and 2-3-2 rows, the latter being the one previewed. Although the CX-8 originally was only available with Diesel engines, it is most likely that a 2.5-litre petrol variant will make the variant list when it is launched mid-2019. 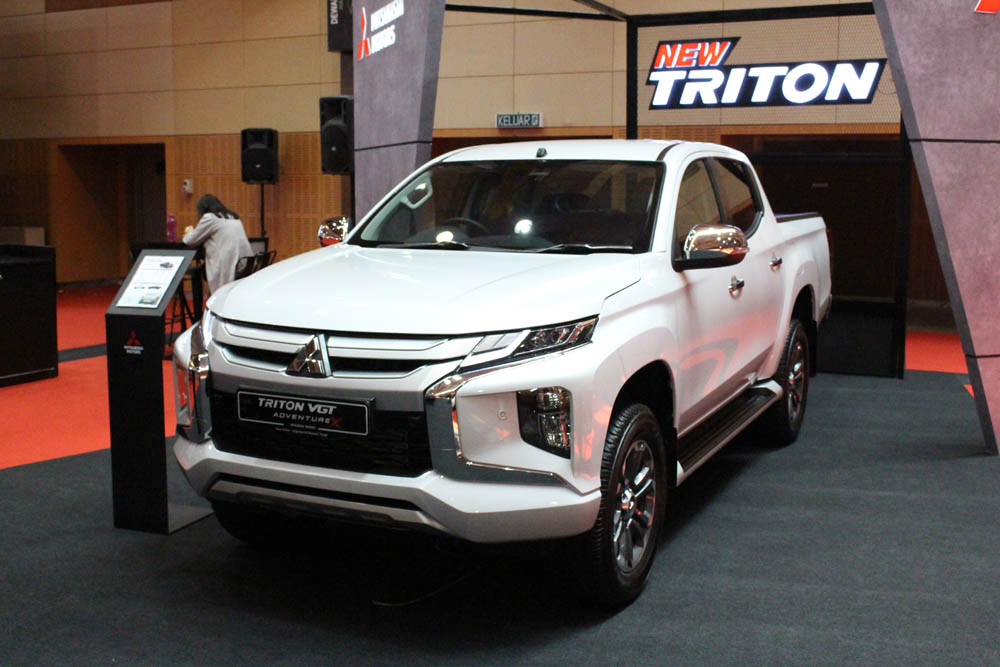 Launched earlier this year, the new Triton with the Dynamic Shield design can be viewed at the Mitsubishi booth. What we like about the latest Triton is certainly its looks and new features. 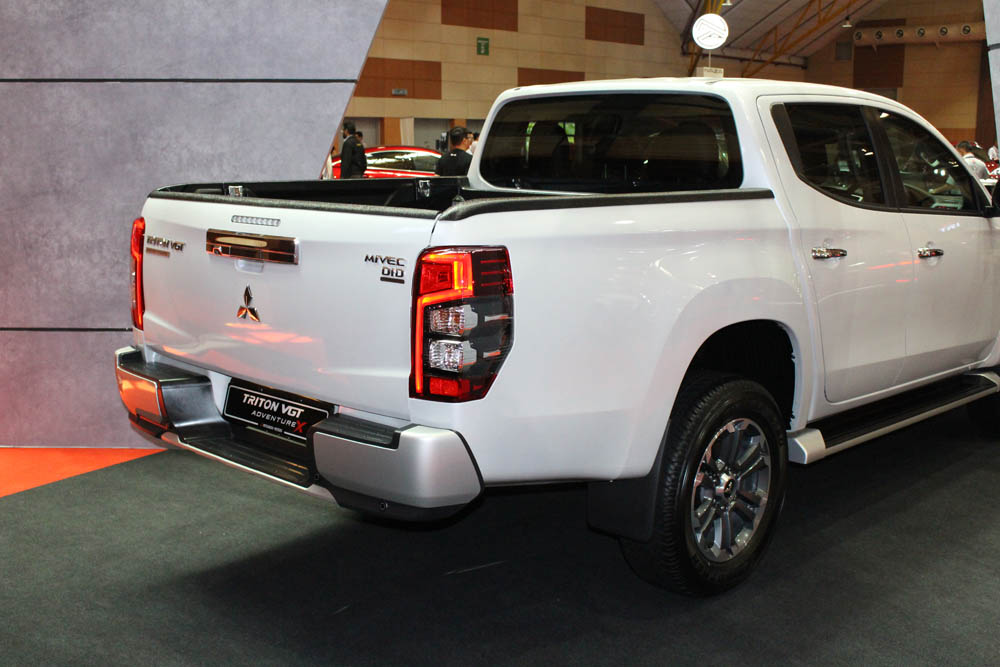 Available in five variants, the top range Triton Adventure X is fully loaded with safety features including Forward Collision Braking, BLIS with Lane Change Assist, Rear Cross Traffic Alert, Seven Airbags, and Front and Rear Parking Sensors among others. As for the interior, it also gets Paddle shifters and Apple CarPlay and Android Auto support. The Triton is priced from RM 100,200 on the road without insurance. 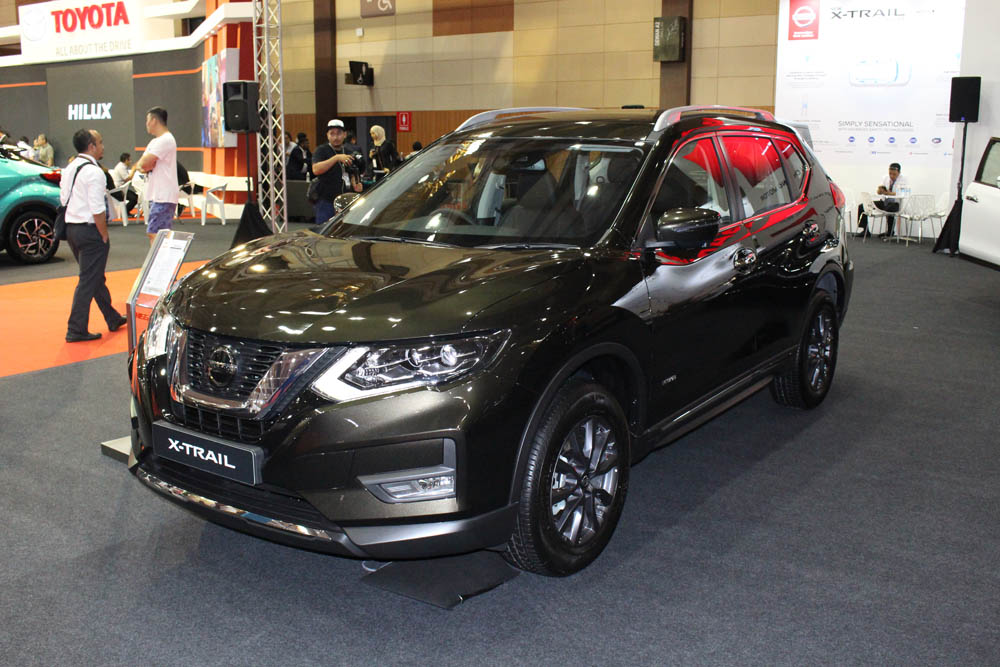 The facelifted X-Trail range is the latest from Nissan that visitors to the show will be able to view. It showcases the latest V-Motion grille at the front and will be available in four variants including a base 2.0-litre, mid 2.0-litre, 4WD 2.5-litre and 2.0-litre Hybrid powertrain all of which are mated to Nissan’s Xtronic CVT. 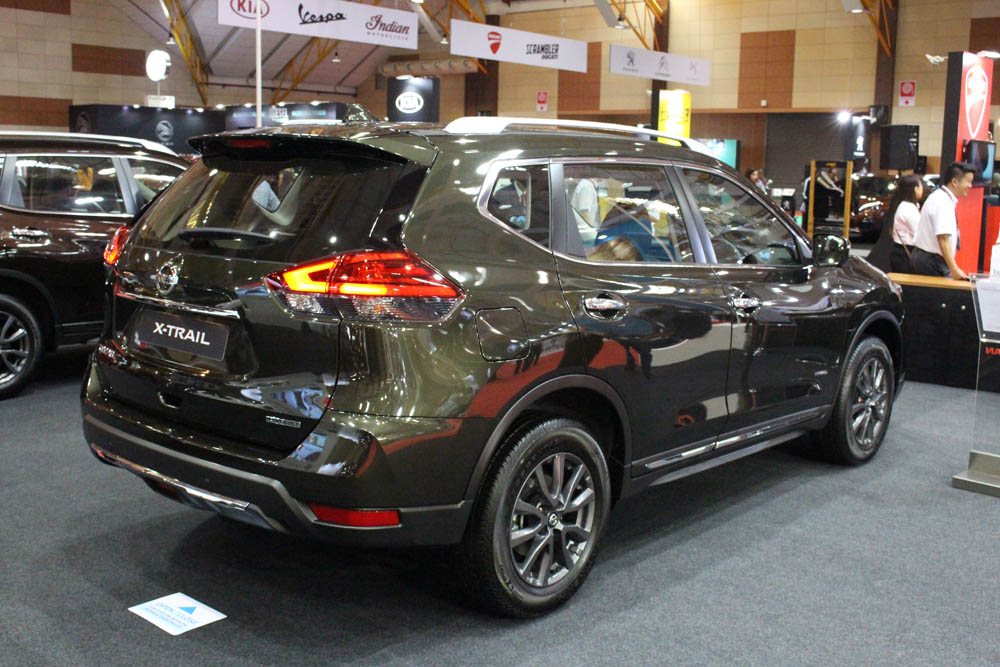 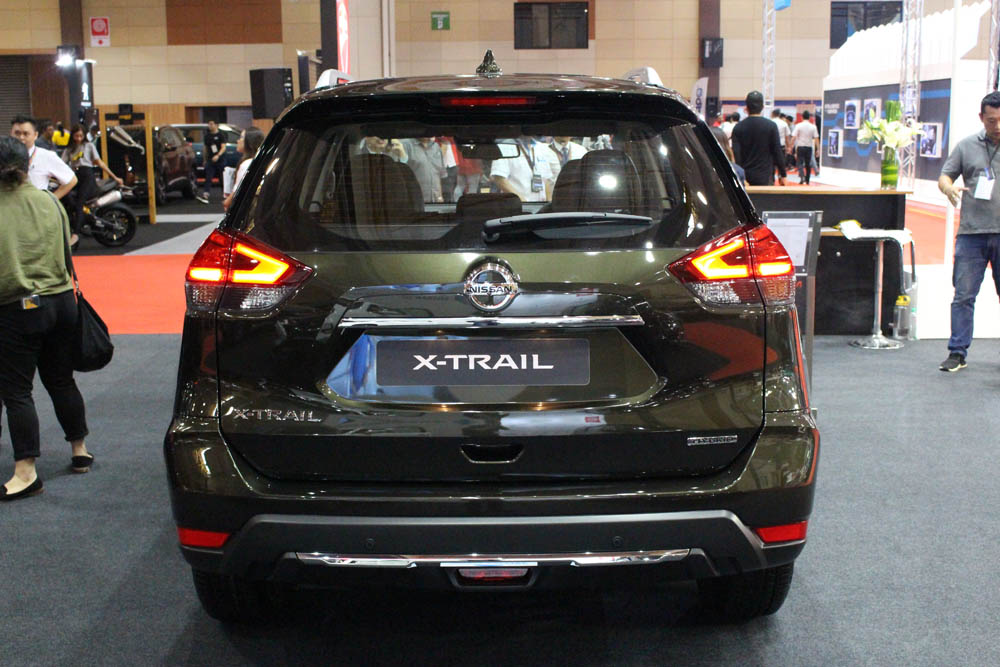 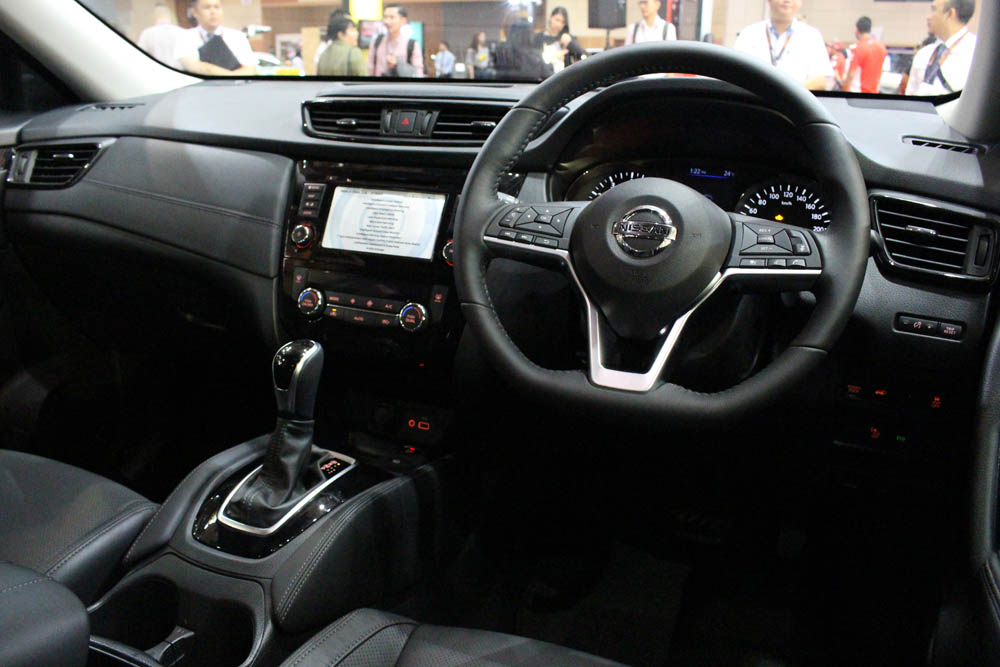 What is most interesting here is that the X-Trail range will be available as seven-seaters as standard, except for the top range Hybrid which omits the third row. Features are respectable as the 2.0-litre mid variant comes with BLIS, Rear Cross Traffic Alert, Lane Departure Warning, among a list of features on the higher end units. The X-Trail facelift price range is from RM 133,888 to RM 159,888 on the road without insurance. 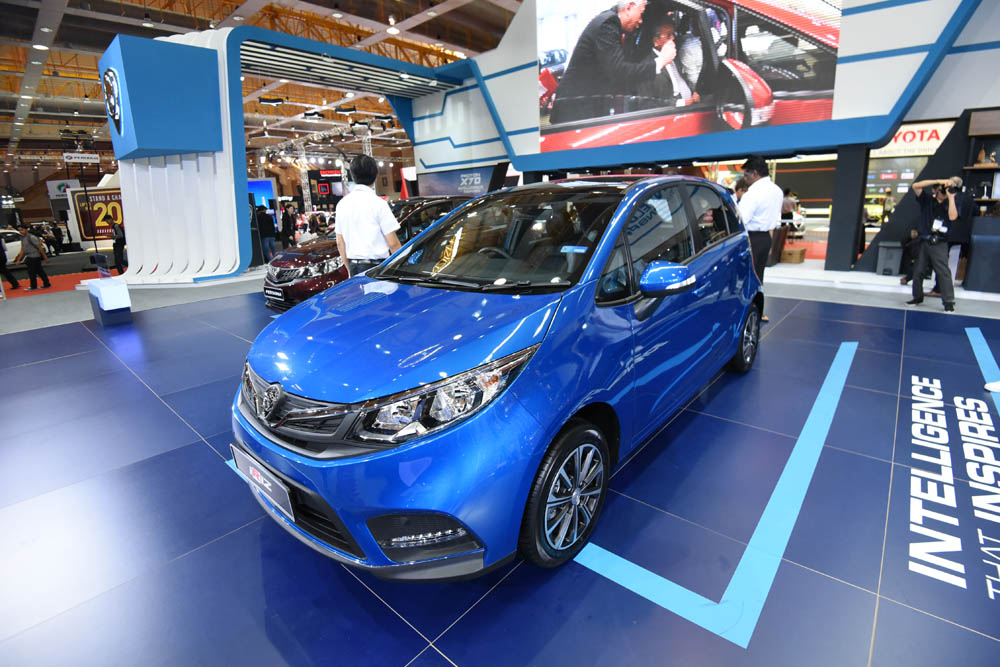 The latest facelifted Persona and Iriz can be viewed at the Autoshow. Apart from the exterior and interior updates that now includes the ‘ethereal bow’ and ‘infinite weave’ patterns from Proton’s design DNA, the most impressive addition has to be head units that now offer a host of services including voice commands similar to the X70. 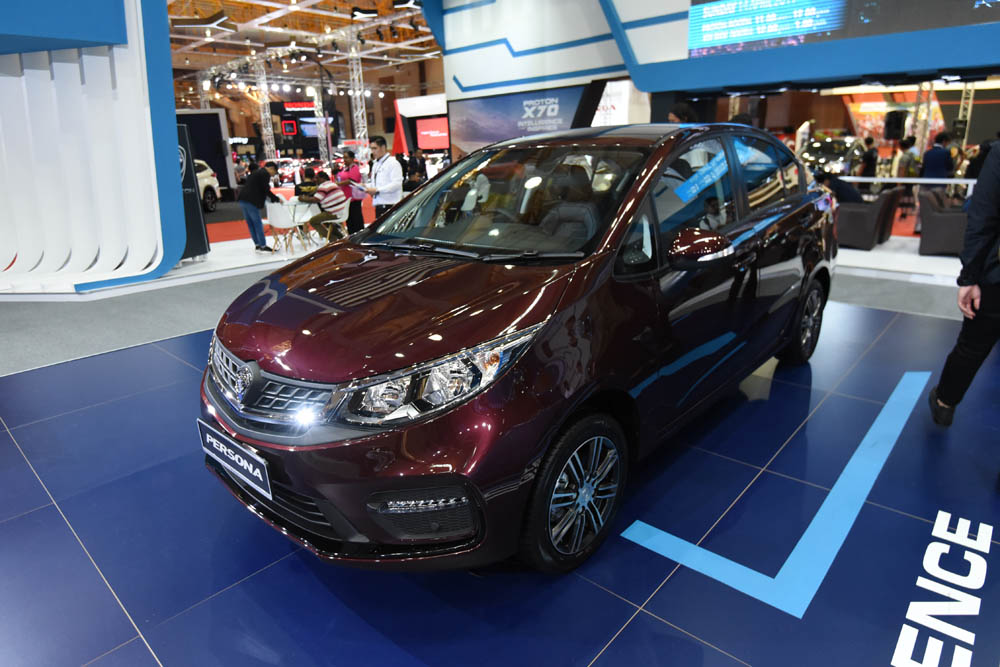 Here passengers will be able to bring up voice commands related to the navigation, music, weather and more. There will be five variants of the Iriz and four of the Persona. Prices are still unavailable, but expect it to be released soon. 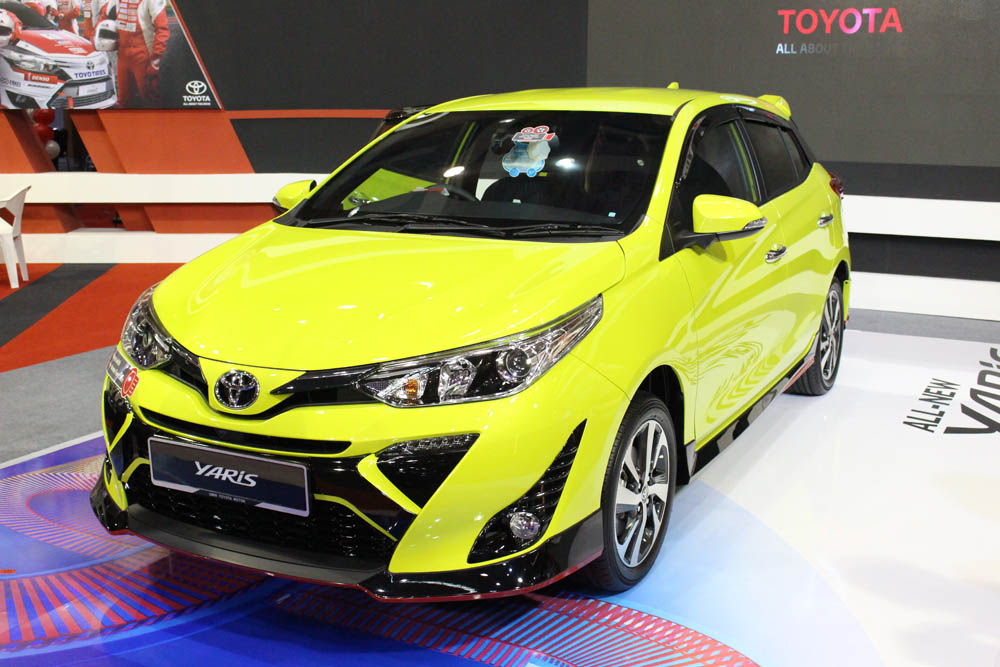 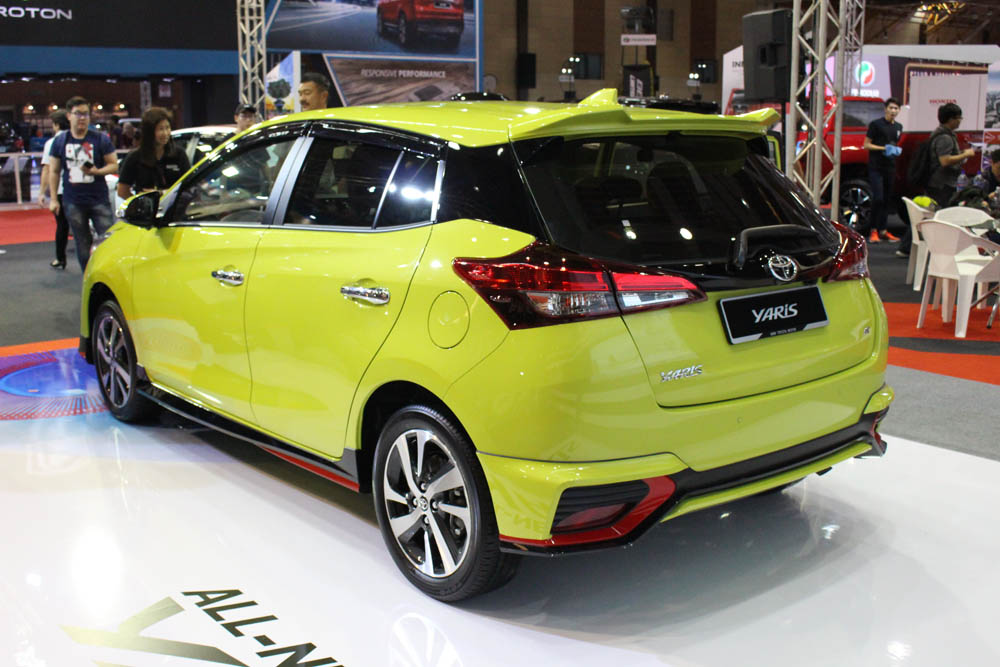 With the official launch closing in very soon, the Yaris hatchback can be viewed alongside Toyota’s range of vehicles. Essentially the hatchback version of the Vios will have identical powertrain, and customers will be able to choose between three variants priced from RM 71,888 to RM 84,888, slightly cheaper than the Vios. 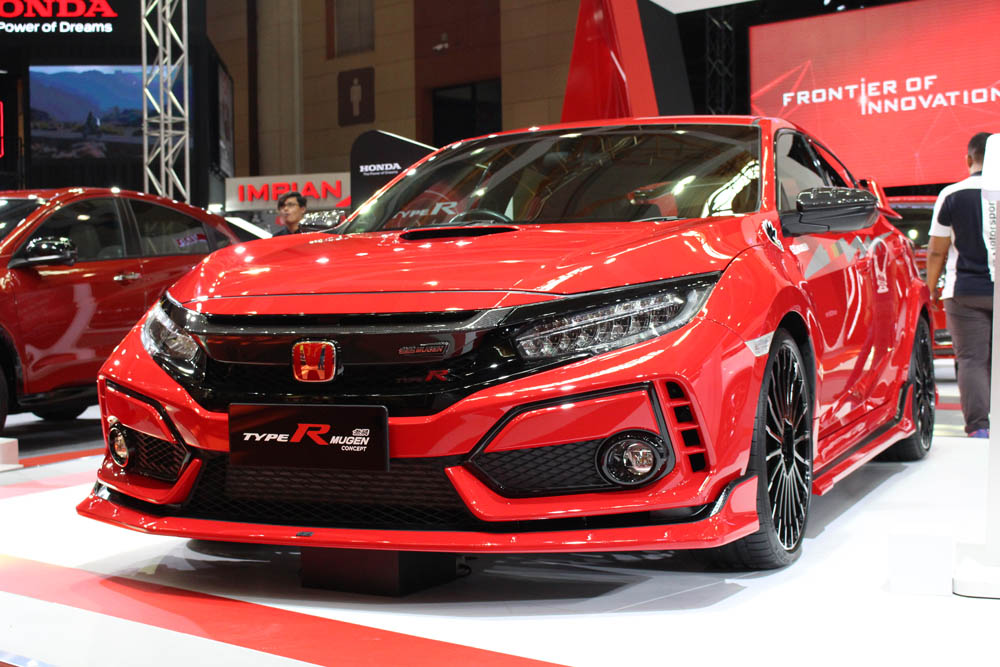 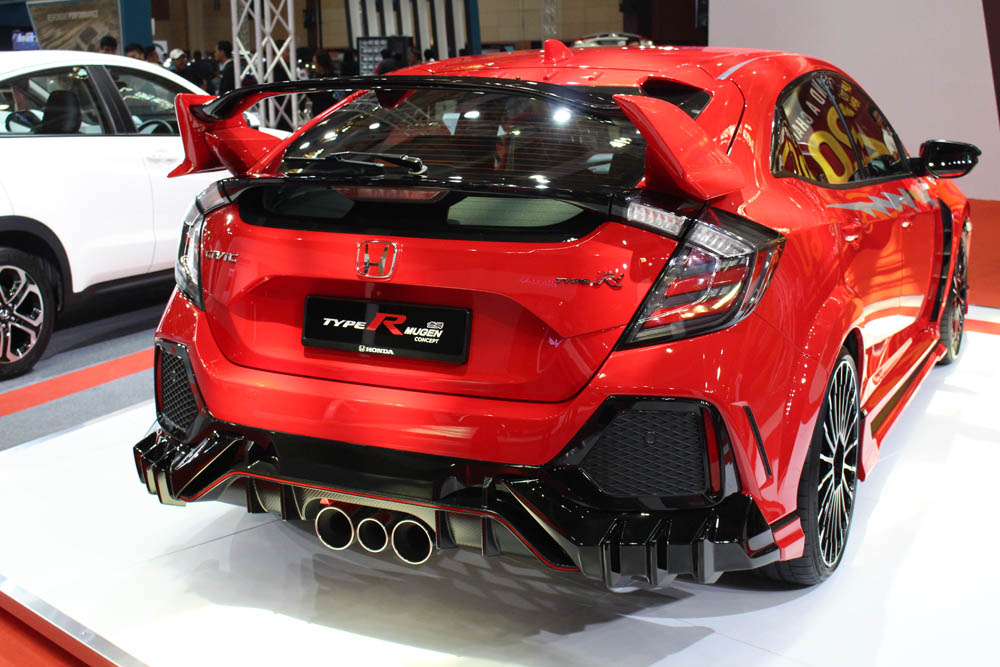 We’ve saved the best for last. The Type R Mugen Concept is clearly the crowd favourite this year as it makes its appearance in Southeast Asia for the first time at the Autoshow. 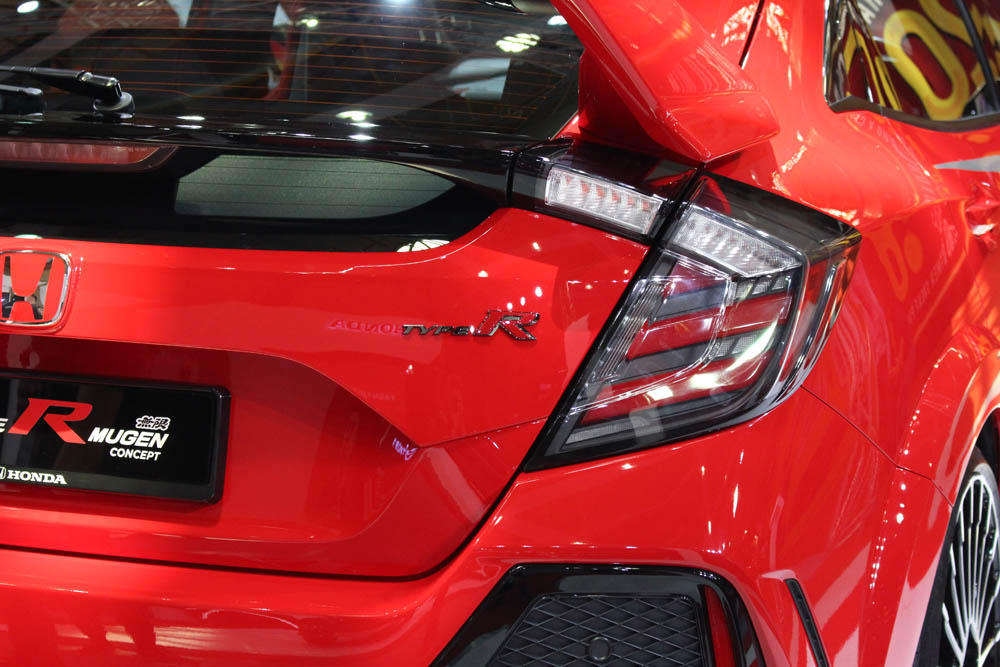 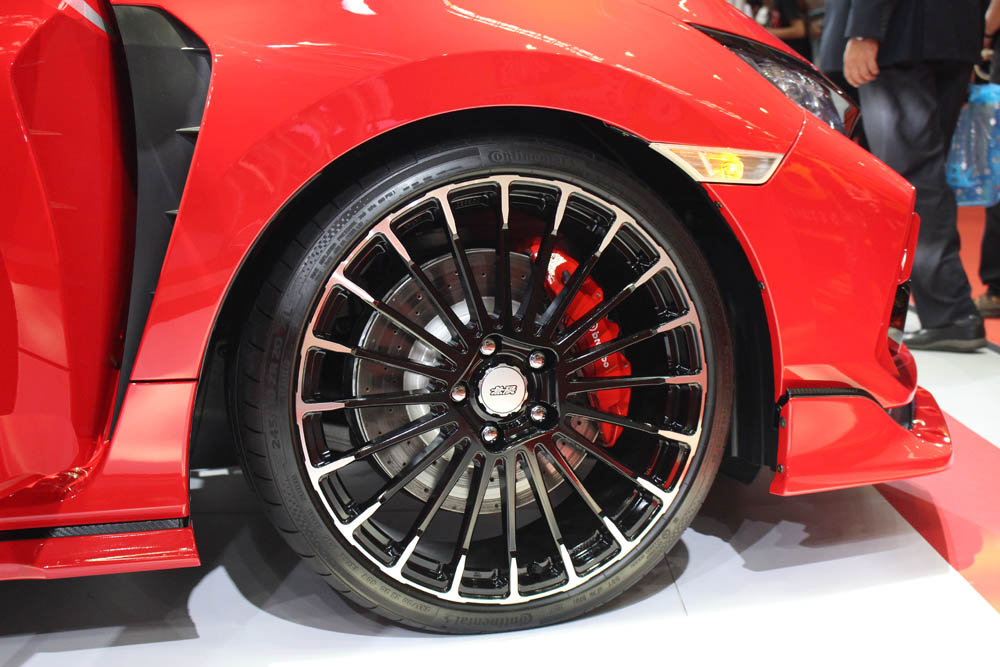 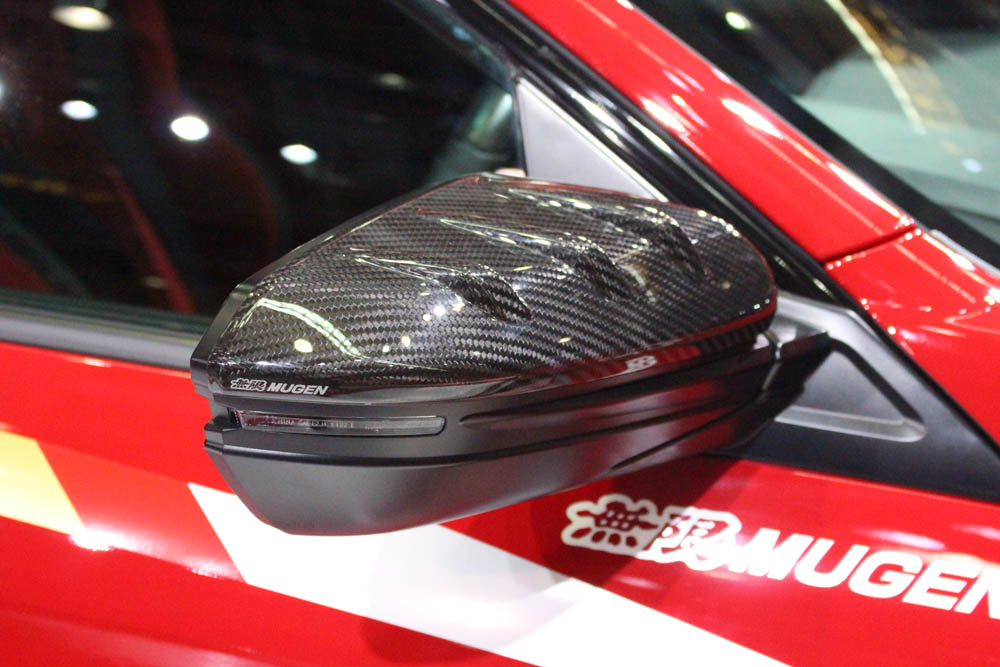 Everything here is dialed up to eleven, with a bolder bodykit, red shade, Mugen decals, 20-inch multi-spoke rims and carbon garnishes throughout the car. However the Mugen Concept is only in aesthetics, with the same engine and powertrain outputting the standard Type R figures.

Also click here to check out the Perodua Bezza Limited Edition only available at the Autoshow!

Sell your car through Carsome and you could get up to 20% higher in average trade-in price!