2021 has been a rocky year for Malaysia’s auto industry. Although numerous new cars were announced, their launch had to ultimately be delayed. This was due in big part to the COVID-19 disruptions as well as the worldwide silicon chip shortage. However, car manufacturers have continued to push through to bring their latest and best cars to us, especially in the latter half of 2021. With 2022 here, we can expect some exciting new cars to be launched in Malaysia, from local favorites to cutting-edge electric vehicles (EVs). Below are some of the most anticipated cars we can expect to see in 2022. 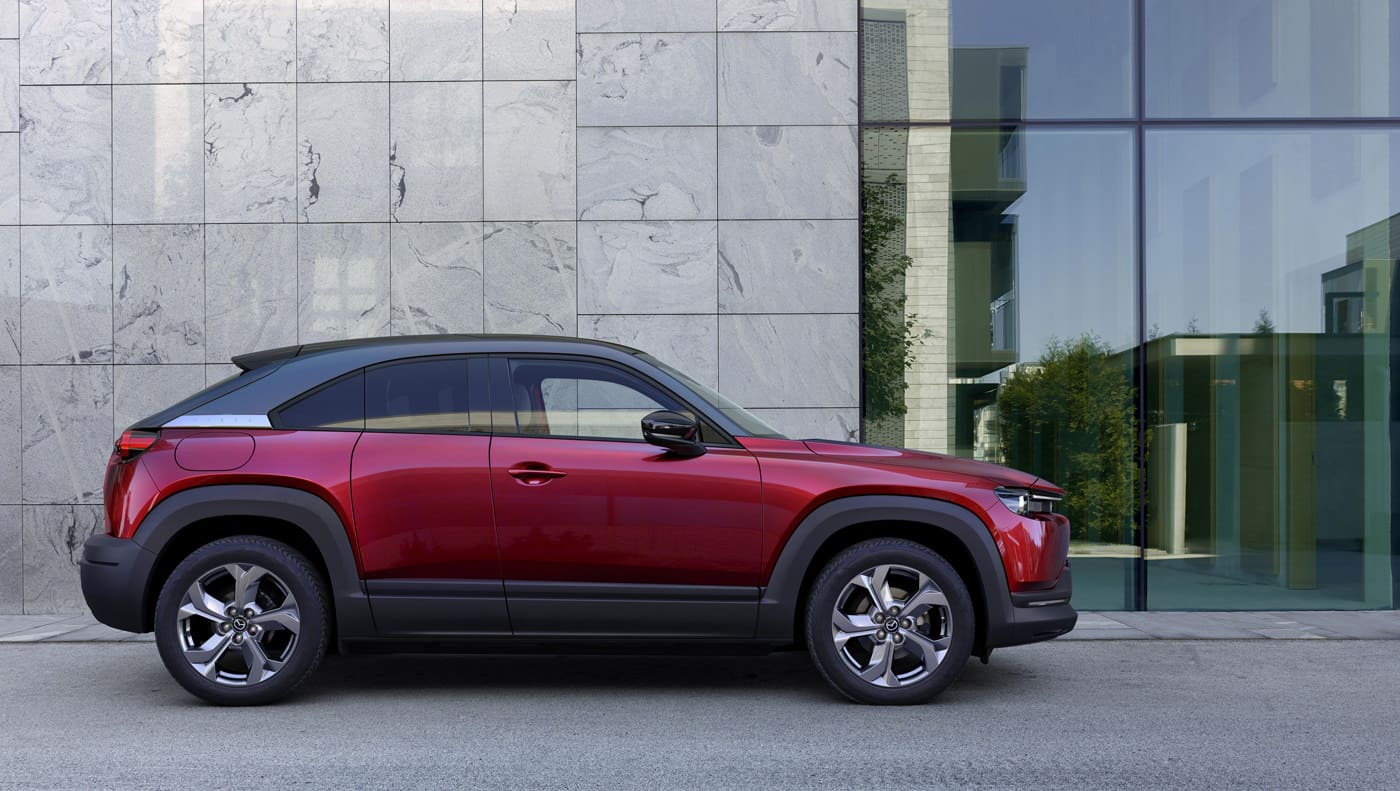 The Mazda MX-30 is Mazda’s first electric vehicle (EV). It debuted at the 2019 Tokyo Motor Show and was reportedly planned for a 2020 launch in Malaysia. However, the launch was pushed back due to COVID-19 disruptions. It will now be launched here in 2022 as confirmed by Bermaz Auto to its shareholders and partner banks.

The Mazda MX-30 has a 35.5 kWh battery that powers a motor, producing 145 PS of power and 264 Nm of torque with a range of up to 224 km. Although its range is on the lower side, it can charge up to 80% within 30 to 40 minutes with a 40 kW DC charger. This will be enough range for a daily commute within the Klang Valley. Mazda produces some of the best driver’s cars and if its price is right, the Mazda MX-30 can be an exciting new electric car for Malaysians. 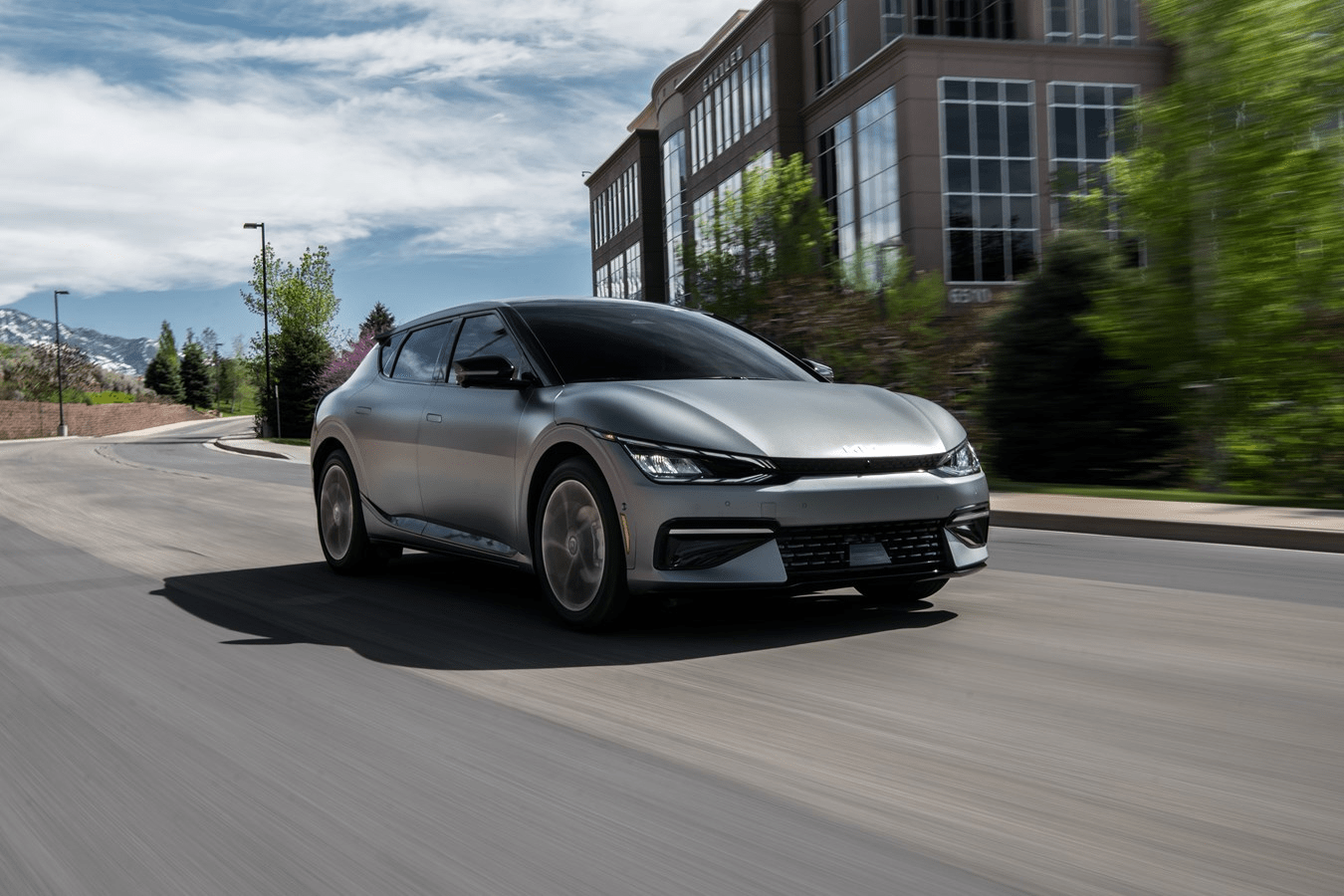 Another new electric car to look out for in 2022 is the Kia EV6. It’s the first EV from Kia, developed on the Electric Global Modular Platform (E-GMP), same as the Hyundai Ioniq 5. The Kia EV6 will reportedly be launched in the third or fourth quarter of 2022 which allows it to take advantage of Malaysia’s proposed EV tax exemption. The EV6 is available in several powertrain configurations.

Read: Why EVs are The Future

The all-new second-generation Honda BR-V was announced to the world in September 2021 but its prices were revealed later in November at the Gaikindo Indonesia Auto Show 2021 (GIIAS). The price of the seven-seater sport-utility vehicle (SUV) ranges from IDR 275.9 million (RM80,500) up to IDR 339.9 million (RM99,200) in Indonesia. This price range is close to the current price of the BR-V in Malaysia though it will be subject to our market condition and taxes. Powering the new 2022 car is a 1.5-liter 4-cylinder DOHC engine producing 121 PS of power at 6,600 rpm and 145 Nm of torque at 4,300 rpm. Finally, the 2022 Honda BR-V gets Honda’s SENSING safety suite which includes Adaptive Cruise Control, Lane Keeping Assist System, Collision Mitigation Braking System, and more. 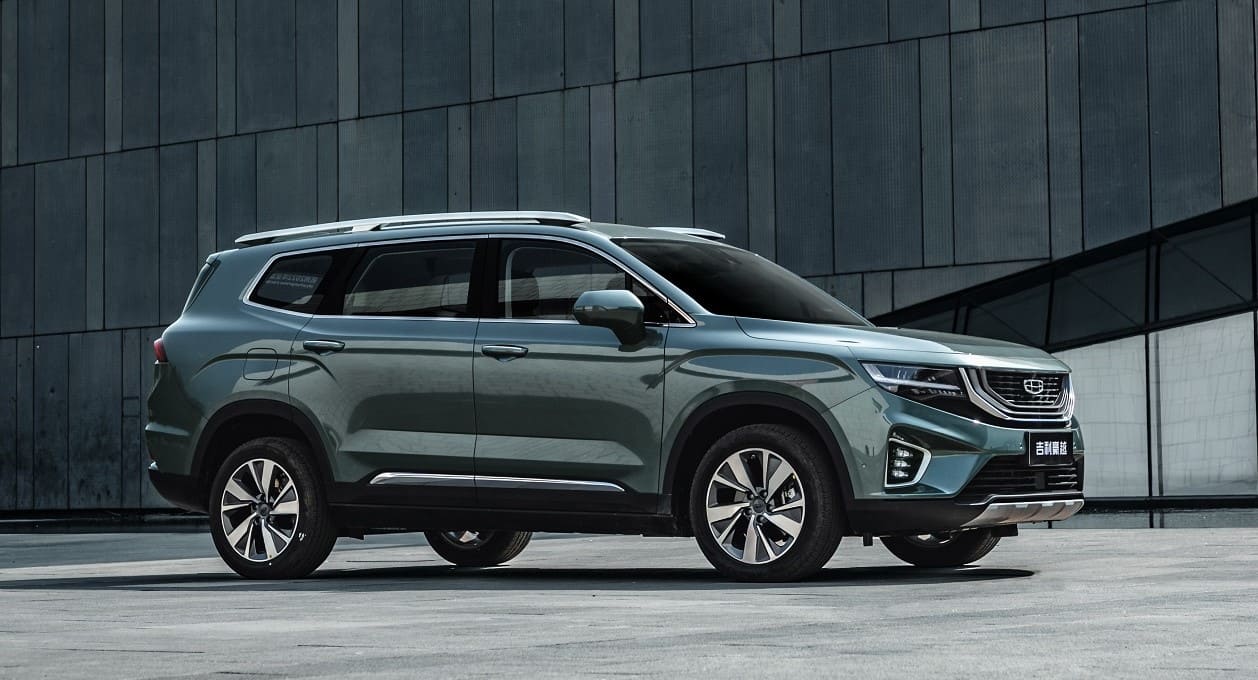 Based on spy shots of a large SUV test-driving on Malaysian roads in late 2021, there are rumors that Proton’s new car in 2022 could be the X90. Based on the Geely Haoyue (or the Geely Okavango in international markets), the Proton X90 is a seven-seater SUV. Its powertrain is not confirmed for the Malaysian market, but based on the Geely Okavango sold in the Philippines, it may have a 1.5-liter 3-cylinder turbocharged engine producing 192 PS of power at 5,500 rpm and 300 Nm of torque from 1,500 to 4,000 rpm. 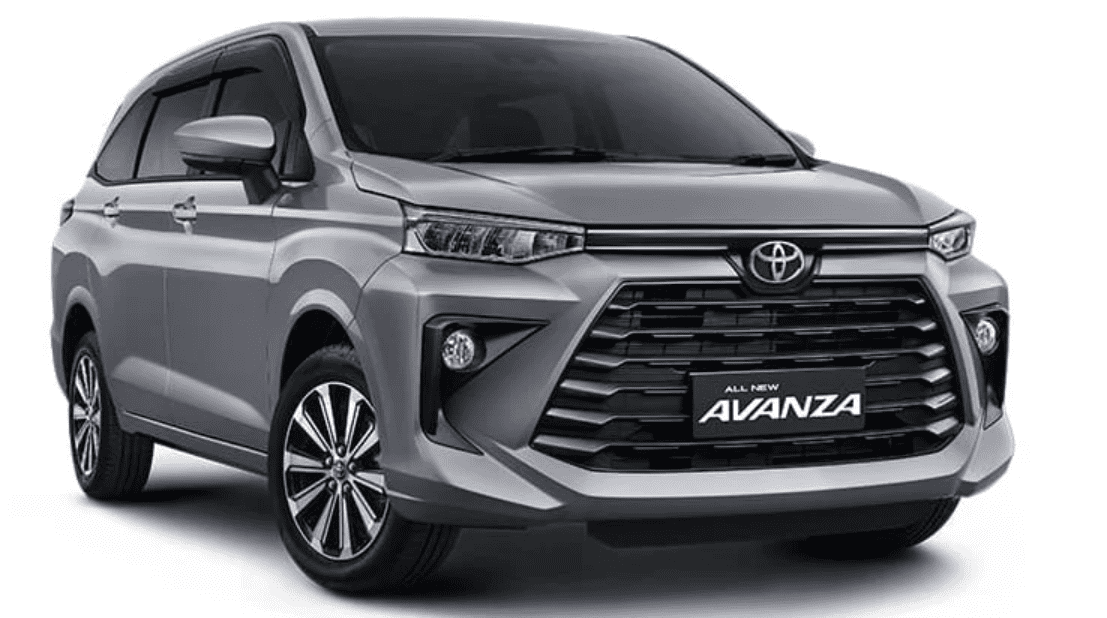 The first generation Perodua Alza is one of the top-selling family cars in Malaysia. That said, it has been in the market for over 12 years and is long overdue for an update. This compact multi-purpose vehicle (MPV) was based on the Daihatsu Boon Luminas and has gone through numerous minor updates. However, due to the platform’s age, the first-generation Alza is lacking in the more advanced safety features seen in other new cars in Malaysia.

With the new 2022 Perodua Alza D27A, we can expect advanced features such as LED lights all-around, a new dual-mode continuously variable transmission (D-CVT), and Perodua’s latest Advanced Safety Assist (ASA). The second-generation Perodua Alza will be built on the Daihatsu New Global Architecture (DNGA) which also underpins the Toyota Avanza which the new Alza will be based on. The launch date of the new car isn’t confirmed, though it’s likely to be in the second quarter of 2022.

New Cars You Can Book This Chinese New Year

Chinese New Year is just around the corner and purchasing a new car is a great way to usher in this new season of prosperity. If you’re looking to buy a new car this year but would rather not wait months just for it to be launched, there are some that you can book right now. Below are some new 2022 cars in Malaysia that are open for booking. 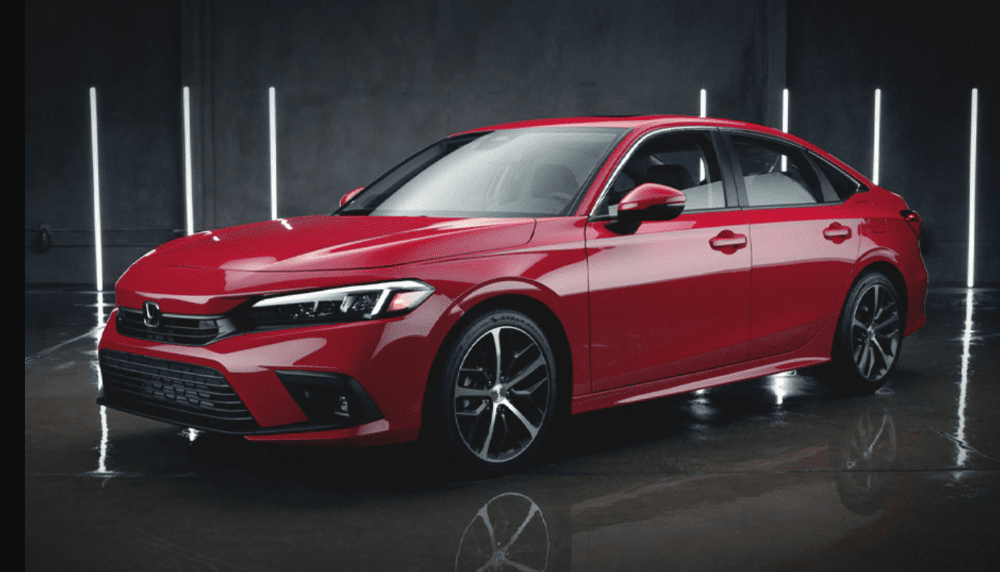 The 2022 Honda Civic, which is the 11th-generation FE model is available for booking. While complete details of the car were not shared, Honda did preview the range-topping RS model powered by an updated 1.5-liter VTEC turbocharged engine. This engine produces 182 PS of power at 6,000 rpm and 240 Nm of torque from 1,700 to 4,500 rpm.

The new Civic sports a more refined and mature look compared to the 10th-generation model, an overall cleaner and upmarket interior, as well as the latest Honda SENSING safety suite. Prices for the new Honda Civic are not confirmed though it’s highly likely that it’ll only be available in a 1.5-liter turbo configuration. The Honda Civic has been the bestselling C-segment car in Malaysia so if you’re looking for a superb sedan, you can’t go wrong with the 2022 version. 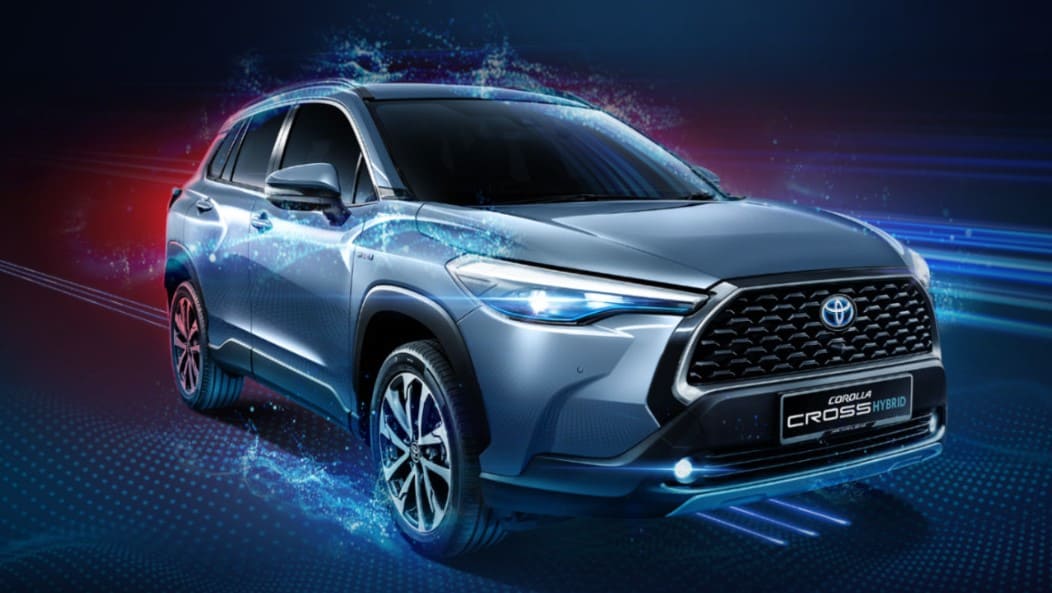 The Toyota Corolla Cross has been available in Malaysia since 2021, but the hybrid version was only announced and made available for booking in October of the same year. The Corolla Cross Hybrid sits on the same Toyota New Global Architecture (TNGA) platform as the Corolla Cross and Corolla sedan meaning that it has the same comfort and road stability as its siblings. It’s powered by a 1.8-liter petrol engine paired with an electric motor for a total output of 122 PS.

With the TNGA platform, the Corolla Cross Hybrid manages to store its battery under the rear seats to retain an impressive 440-liter of boot space, which is often sacrificed in other hybrid vehicles. It also has Toyota’s Vehicle Telematics System (VTS), Toyota Safety Sense driver assistance system, and more. The price of the Corolla Cross Hybrid starts from RM137,000.

The Perodua Myvi, Malaysia’s best-selling car, received a new facelift in November 2021 and it introduced a host of improvements. The new car got a revised exterior, a new D-CVT, updated ASA 3.0, and other new quality-of-life updates to make it an even better car. Although it retains the same engine, the new transmission helps provide a 5% improvement in fuel economy and a 20% quicker acceleration from 0 to 100 km/h.

It also gets a new Power button that gives the car more power, useful for overtaking on the highway. Inside, it gets an updated meter cluster, a new steering wheel, new fabric and leather seats, as well as layout improvements for ease of use. Prices for the Myvi range from RM45,700 to RM58,800 making it a suitable choice for any budget.

With all the new cars lined up to be launched, 2022 is shaping up to be an exciting year for car buyers and enthusiasts. The number of new launches means you get to choose from some of the best new cars in Malaysia with the latest technologies instead of facelifts with minor updates.

If you’d prefer to buy a second-hand car, CARSOME has some excellent options for you. We put all our cars through a detailed, 175-point inspection to ensure their safety and quality for your peace of mind. Plus, they have no hidden costs and are covered by a five-day money-back guarantee. So what are you waiting for? Book your new car on CARSOME today.