Infotainment Systems and Touchscreen Monitors. Is Having an iPad in Your Car a Good Idea?

In a shocking turn of events in the car industry, Volkswagen has announced that the good ol’ push buttons are returning to their cars. Specifically, on their steering wheels. This brings a massive breath of fresh air to the automotive industry where large infotainment screens, digital dashboards, and touch controls are the norm as a driver interface these days.

Notice how many buttons and analog instruments in our cars are slowly being phased out these days? Instead of each individual having its own button as displayed on either the steering wheel or center console, it’s all condensed into one, big infotainment screen. Even our driver’s dashboard also fell victim to this new trend. Gone were the days of analog speedometers. On luxury and higher-end cars, the infotainment screens just keep getting bigger and high-tech.

Take the brand new 2023 Ford Mustang, for example. Gone were the analog and semi-analog instrument gauges and gains a brand new 12.3-inch fully digital one. Gone were the days too of seeing a physical meter going up and down when you hit the throttle. Enthusiasts around the world begin to ponder – where have our analog buttons and meters gone? The answer lies in the natural progression of technology and simplicity in manufacturing.

Why Are Digital Screens the Norm These Days? 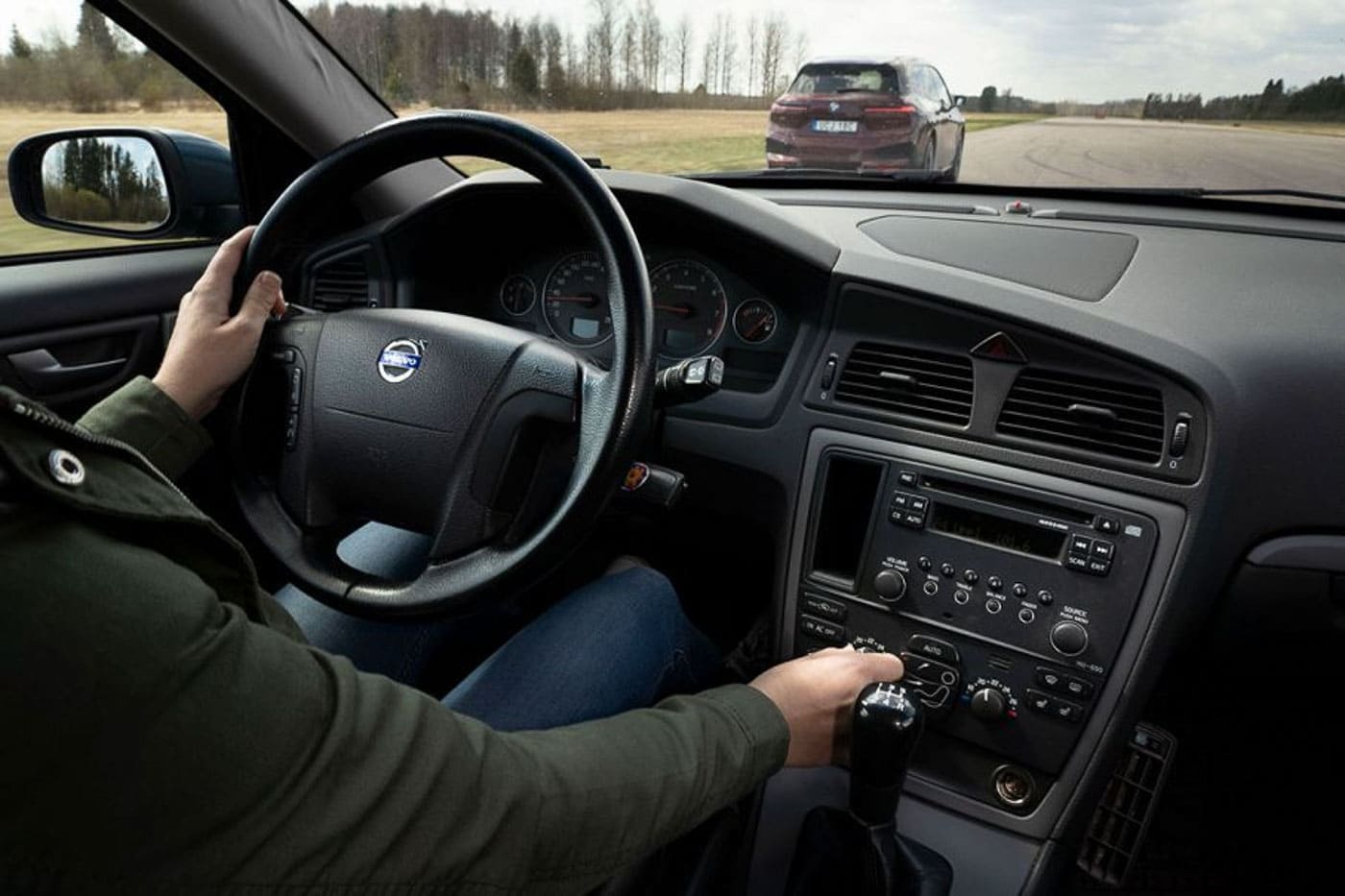 Simply put, analog technology is steadily being phased out due to a natural progression in tech. Charles Darwin coined the term evolution for animals and humans. It is only pedagogical that technology follows suit. Big, bulky CRT Monitors and TVs are replaced by LCD ones, the Kodak Film Camera is replaced by the digital ones, and then, along came the smartphone. 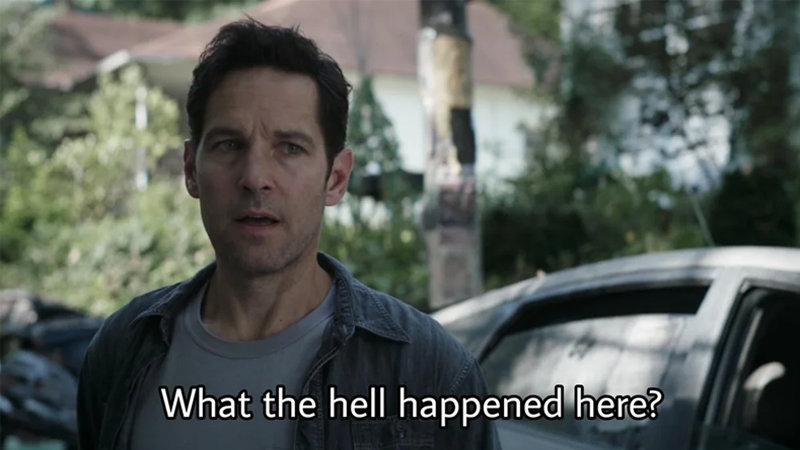 Switching to a digital screen does have its merits. It simplifies the construction and cost to produce as opposed to analog tech. Furthermore, auto manufacturers can squeeze more features into one operating system under one screen. It’s a win-win situation, right?

Advancements in technology have essentially made cars today a smartphone on wheels. Gone were the days of swapping out a cassette or a CD, just change your playlist on your phone via a Bluetooth connection. In addition, the touchscreen monitor can also display your navigation routes too. Climate control, ambient lighting, and service status? It’s all in there with a simple touch. The simplicity of digital and touchscreen technology makes it easy for users to interact. 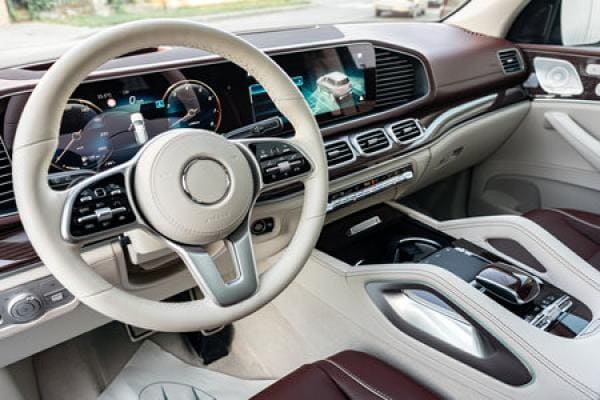 Having a digital infotainment system and an instrument cluster instead of an analog one makes the manufacturing process easier as it’s all in one monitor. Manufacturers can also squeeze more features into one touchscreen monitor or a digital dashboard compared to analog technology.

This, however, begets the question – with tighter laws and regulations introduced to prevent drivers from being on their smartphones, why are auto manufacturers introducing touchscreen monitors more and more in their cars?

Is Having More Screens and Touch Controls in Cars a Good Thing?

Before people cast judgment on this topic of someone rambling like an old man saying: “They don’t make cars like they used to nowadays”, perhaps one can consider the following few cars for example. 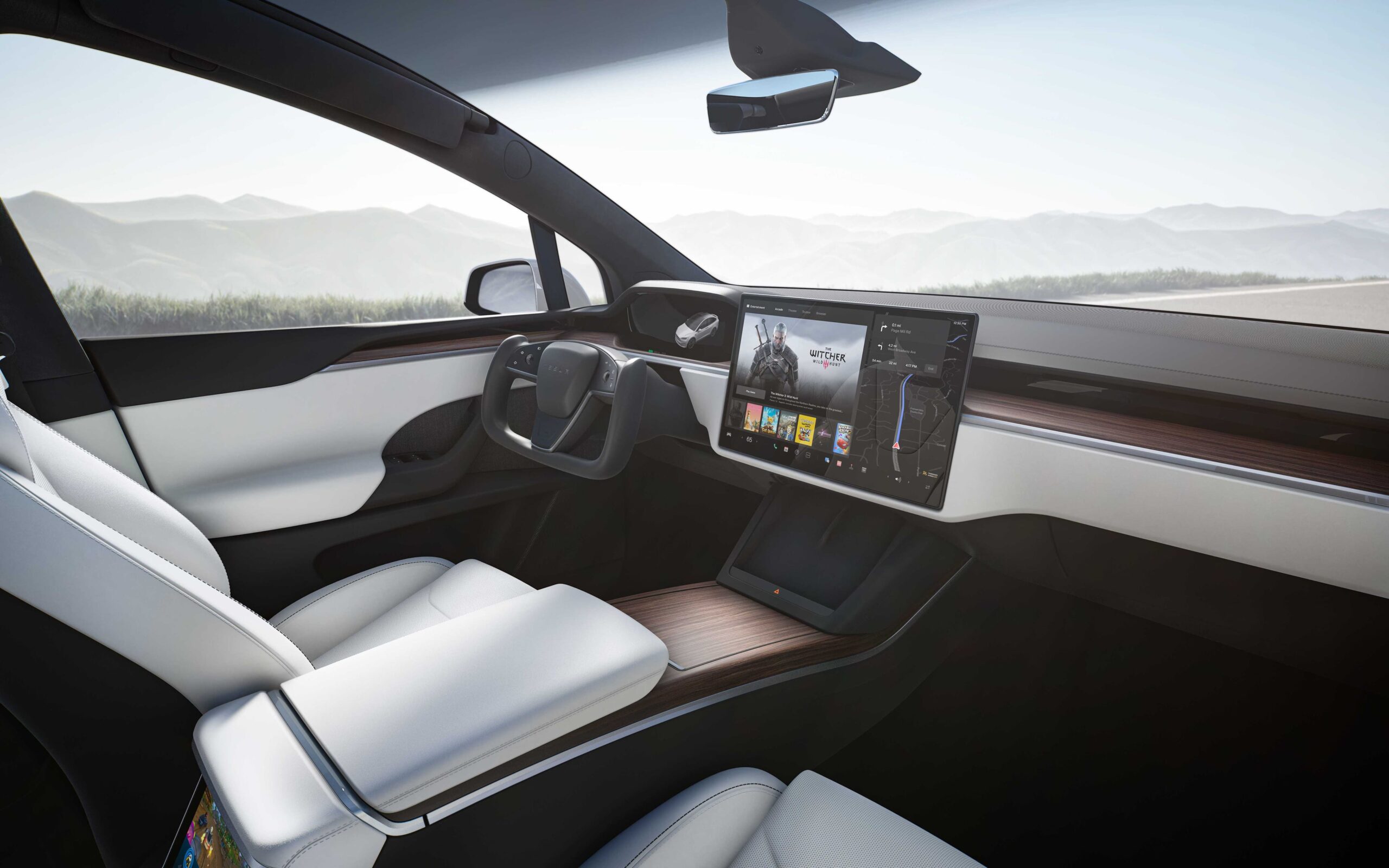 The 2021 Tesla Model S, although unofficially released in Malaysia, a handful of units can be had here via gray import dealers. One notable feature in its interior is a whopping 17-inch infotainment display on the center console and an eight-inch screen for the rear seats. 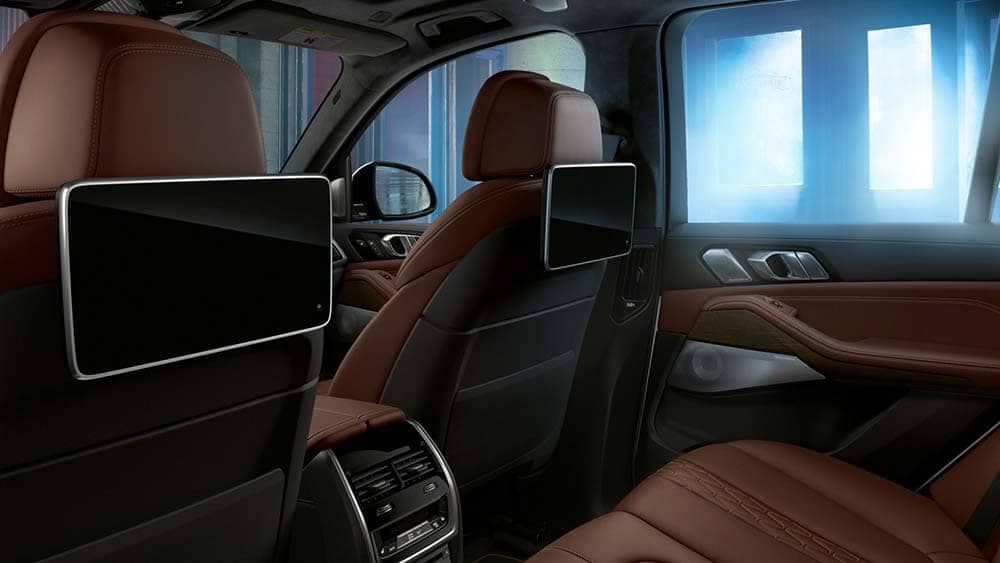 Infotainment systems these days are so advanced that even auto manufacturers go beyond more than one screen. The 2019/2020 BMW X5 for example has one infotainment screen each mounted behind the headrest of the front seats. Passengers in the rear can watch the video of their choice and also utilize the iDrive in the car to its fullest potential. 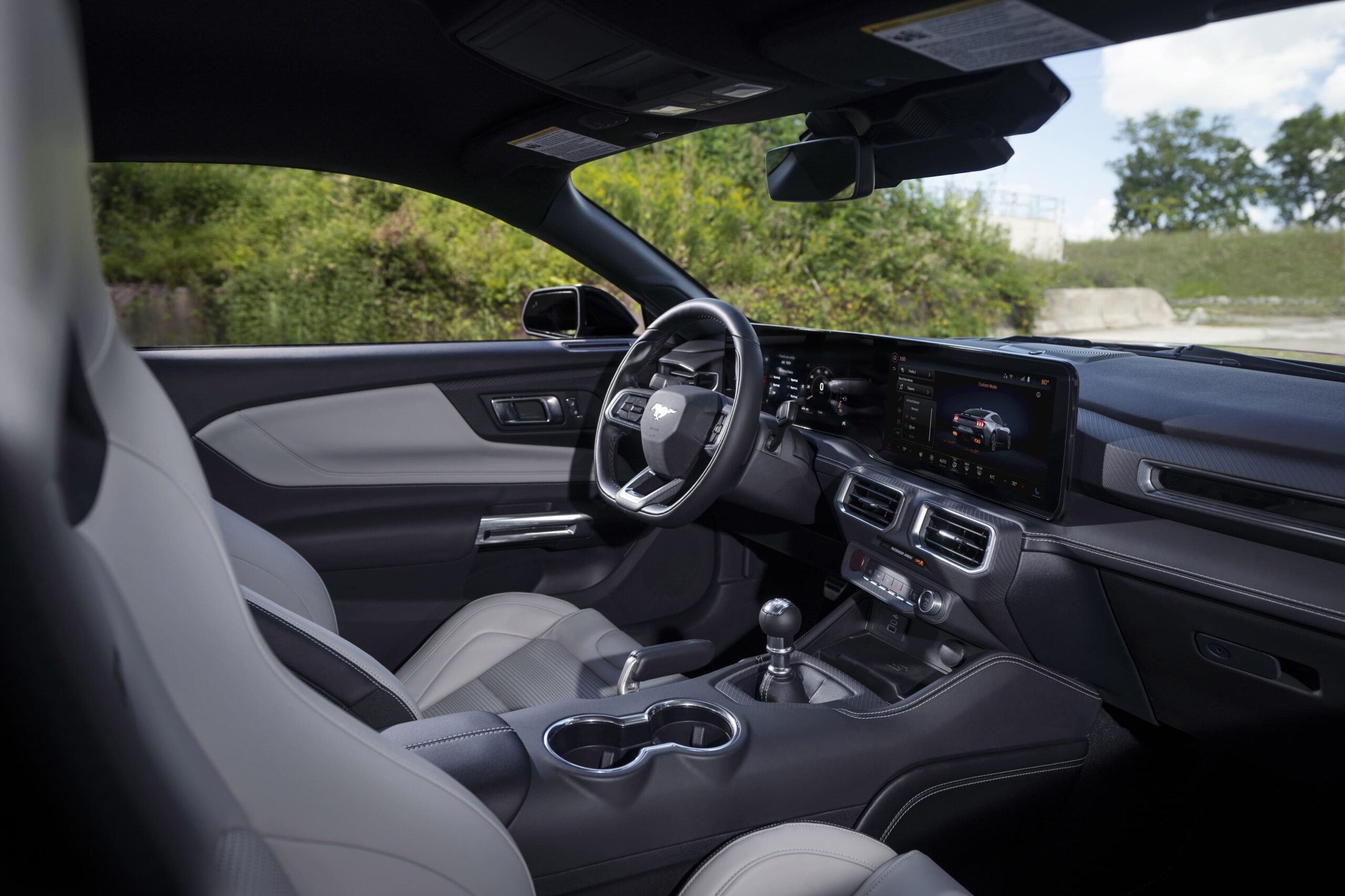 Tighter laws are introduced to prevent drivers from gluing their eyes to screens while driving, but why are auto manufacturers adding more of them? Although touchscreen and touch-control technology have come a long way, cramming everything into one screen is bound to distract the driver on the road.

Understandably, manufacturers did implement some safety features that prevent the driver from meddling with the touchscreen monitor. The third-generation Nissan X-Trail for example locks out the driver from interacting with the screen when the car is moving. But there is one fatal flaw that plagues all technology – human error.

Large or Small, Having Screens Are Distracting Drivers on the Road

A study conducted by the American Automobile Association (AAA) and the University of Utah concludes that, out of 1,700 crashes by teenagers, 10% of the causes are being distracted by something else in the car. Moreover, Carsurance, an online service that helps you find the best car insurance companies in North America conducted a study on car accidents. The study concludes that 2.5 million crashes in 2019 were caused by distracted drivers. But what about Malaysia? 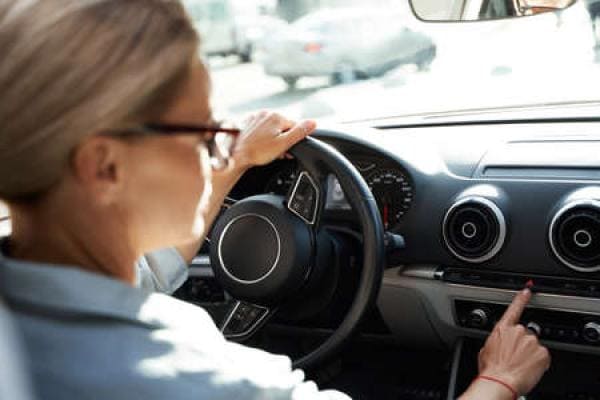 The Journal of the Society of Automotive Engineers Malaysia (JSAEM) conducted a study in 2020 in Shah Alam. In three different districts, Seksyen 7, Seksyen 19, and Seksyen 21 as their focus group, they found that 9.6% of the drivers are distracted by either their mobile devices or fiddling with their car’s features. This study is also supported by the Malaysia Institute of Road Safety Research (MIROS) where 43.4% of the drivers in Klang Valley admitted to being glued onto a mobile device while driving.

The clutteredness of the driver’s touchscreen monitor distracts people on the road, and drivers won’t stop fiddling with them. Instead of pulling over to the side, drivers would continue to mess around with their infotainment system while on the road.

In contrast with analog buttons and knobs, an article by Futurism reports that buttons and physical controls offer tactility that allows drivers to intuitively reach out while driving. Analog controls are permanently housed in the center console. Muscle memory will instinctively take over without having to take your eyes off the road if you need to activate a feature in the car. 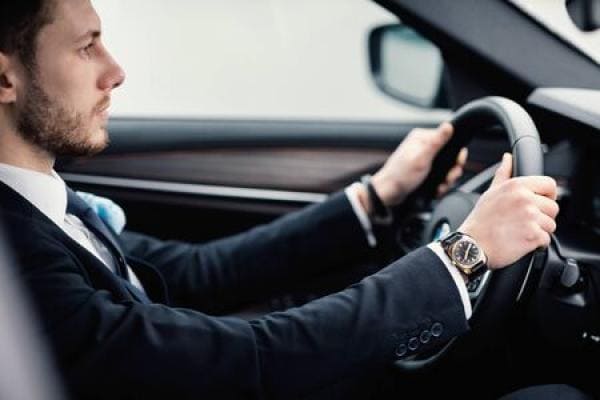 Although infotainment technology has come a long way, it isn’t perfect yet. As advanced as they can be, touchscreens still suffer from input lag or delays, be it brand new or after prolonged usage. The longer the driver is distracted by attempting to manipulate the controls of a touchscreen, the higher chance of an accident can occur.

I Drive an Older Car, Should I Retrofit an Infotainment System into It? 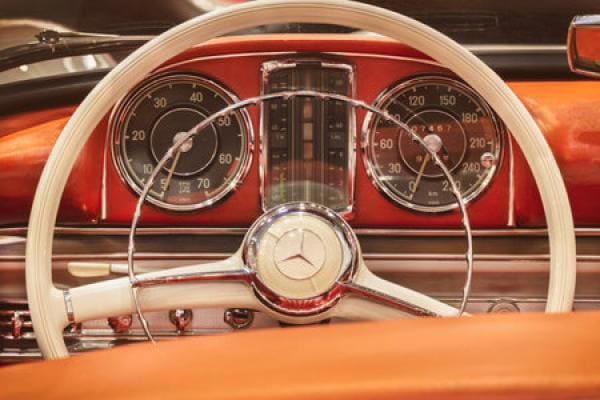 Occasionally, a million-dollar question approaches those who still drive older cars – Should I retrofit a touchscreen monitor in my car? Well, that answer really depends on what you want. Do you want more features in an old car e.g. a reverse/360-degree camera, Android Auto or Apple CarPlay, GPS, and the sorts only available on modern and high-priced cars? Or do you prefer the retro, physical buttons while keeping it simple and aesthetically pleasing to look at to maintain a clean interior?

Installing a touchscreen monitor can cost you a pretty penny, but it still beats the cost of buying a brand-new vehicle for the sake of it. Wapcar did a breakdown analysis of installing one with Android Auto in it which you can take a gander at here.

Read More: Do You Need Android Auto or Apple CarPlay on Your Car Infotainment System?

Looking to Get an Upgrade or Keeping It Simple, CARSOME Has The Right Car For You!

Find your car with CARSOME today.