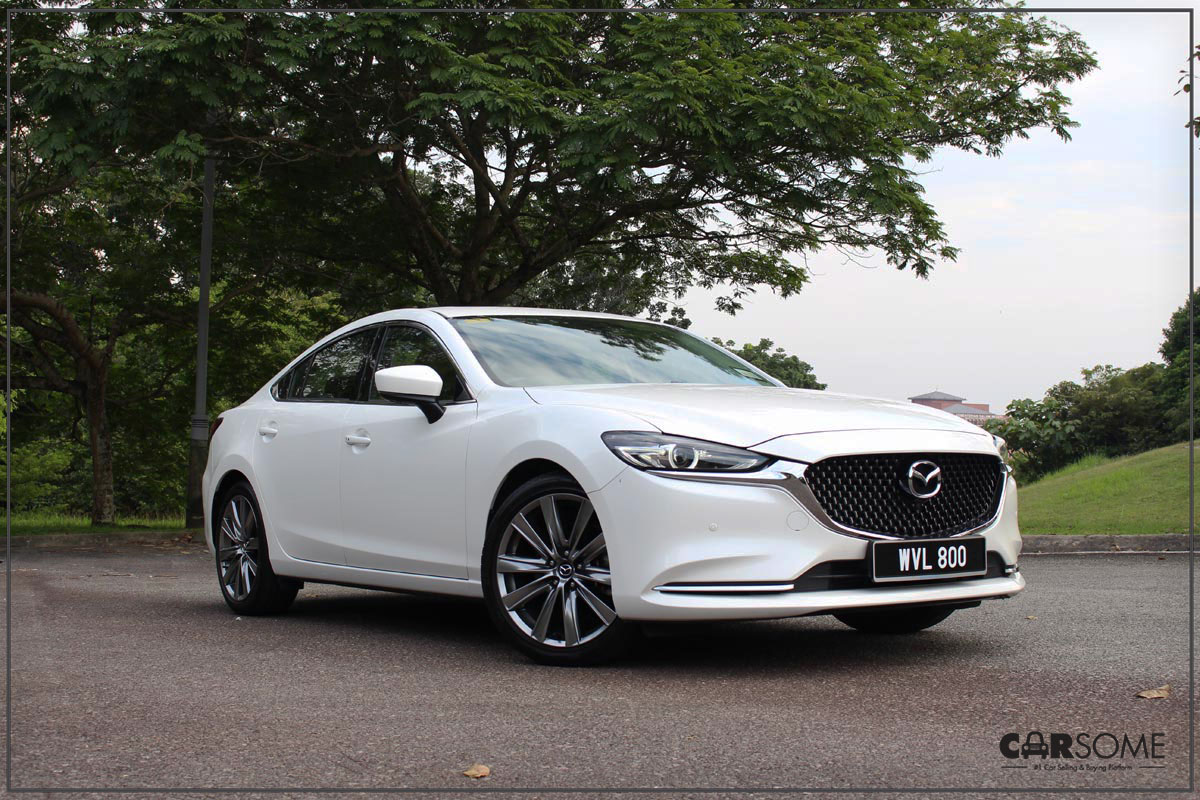 Thanks to the recent growth of popularity in SUVs worldwide, Mazda too has prioritised this segment lately. Considering the brand already has the CX-3, CX-5, CX-8, CX-9 and CX-4 on the way, we think the brand has placed more focus into these vehicles and placed their sedans on a slight hold. Considering that their current flagship 6 has been around since 2012, the 6 has been facelifted twice, with this being the most recent in August 2018. 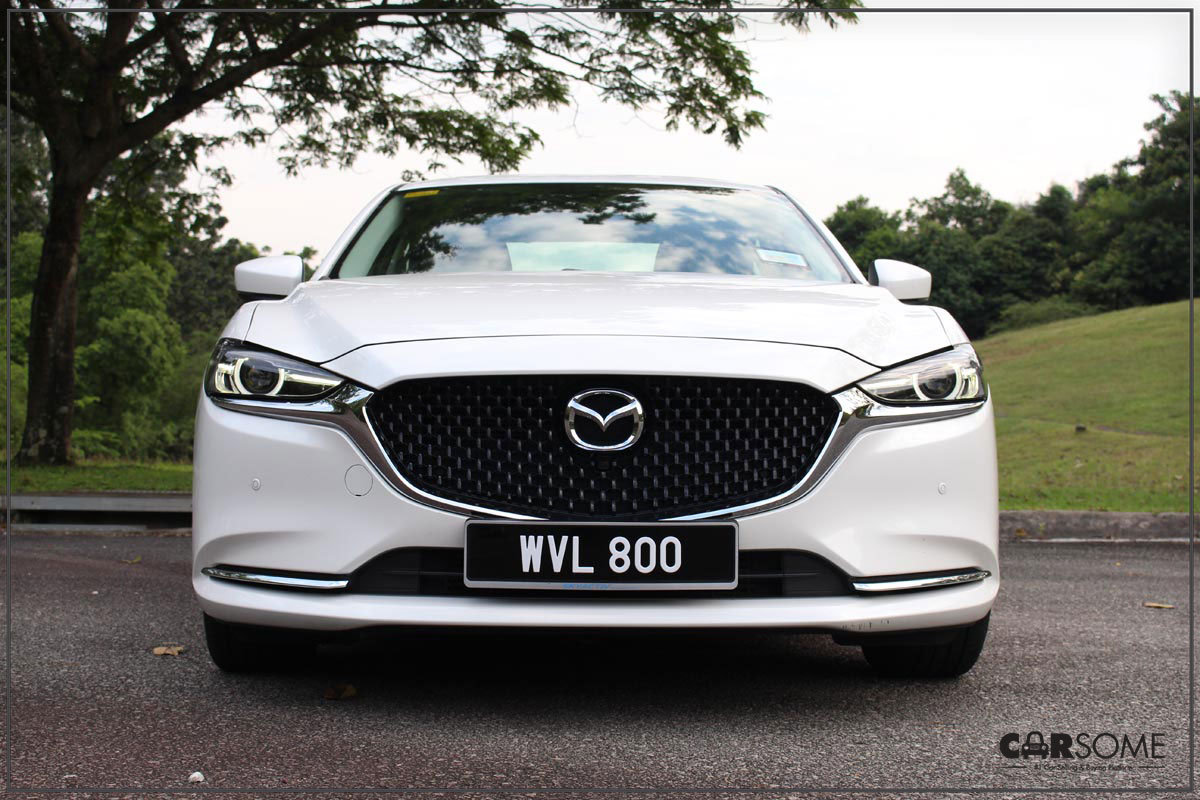 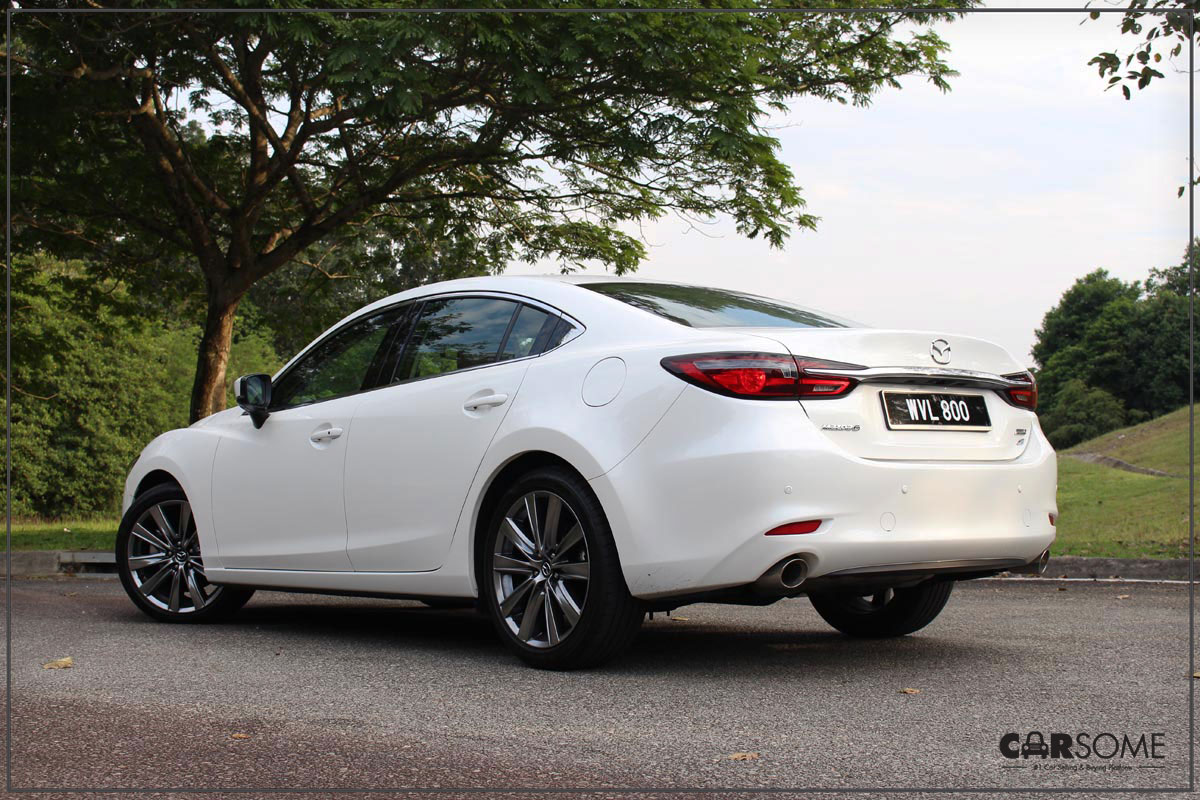 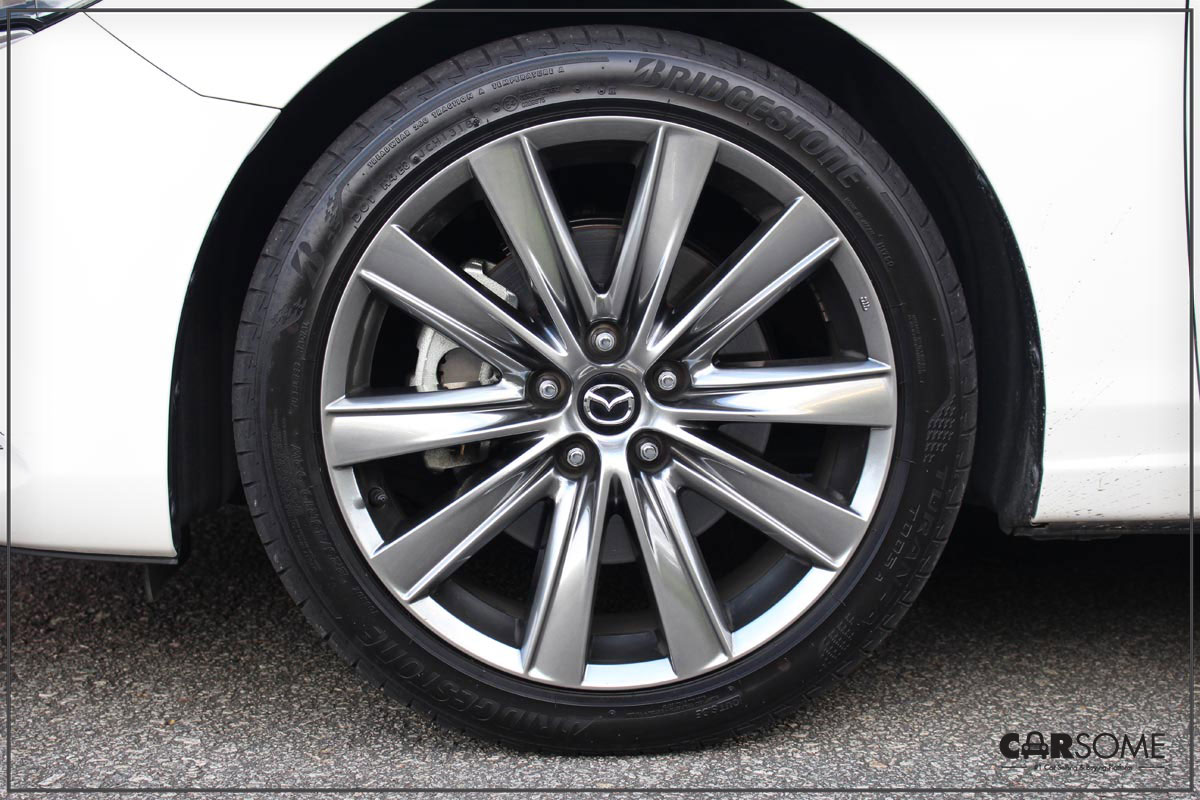 The first facelift in 2015 saw a minor nip and tuck on the exterior, but it was the interior that took the update to the current and simplistic layout on the brand’s latest cars. As for the latest, the exterior does have a sharper look. The new front grille is deeper set with a new mesh which provides a more characteristic stance. The chrome surround now cradles the front headlamps and can also be seen at the rear tail lamps, where the central chrome unit now merges into the lamps as opposed to above it. 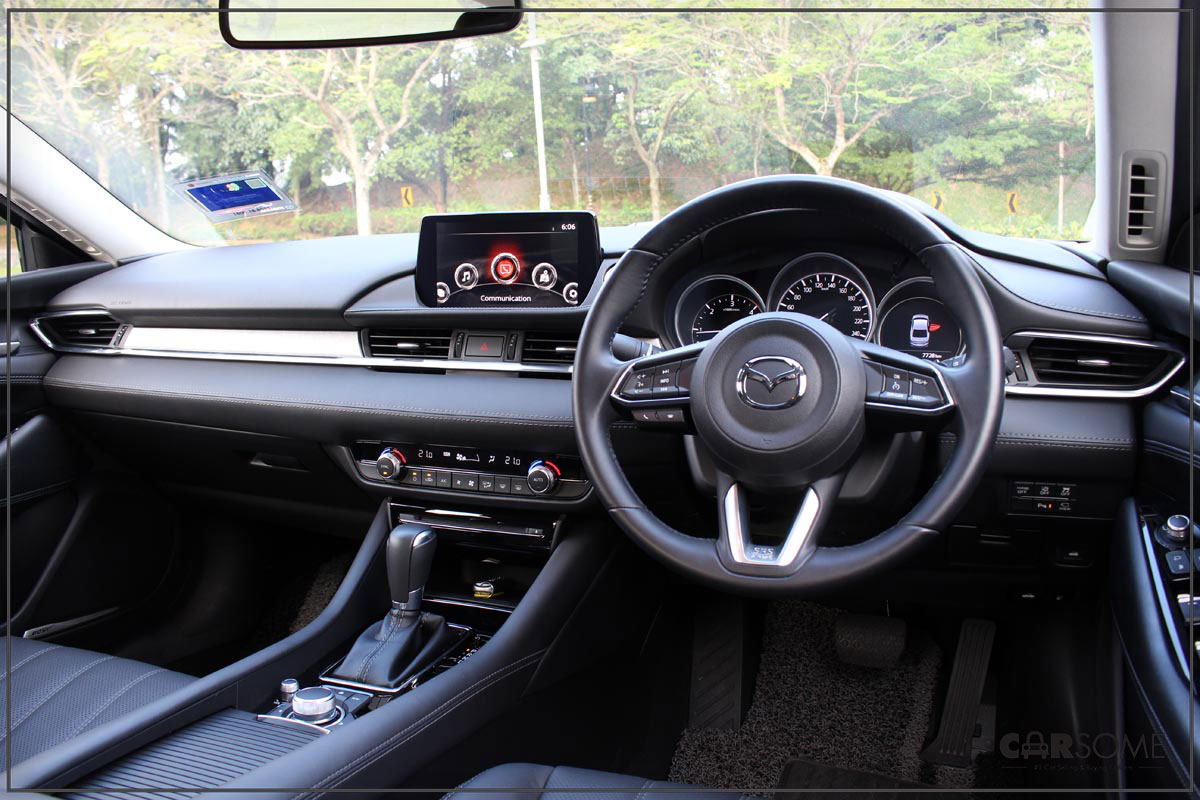 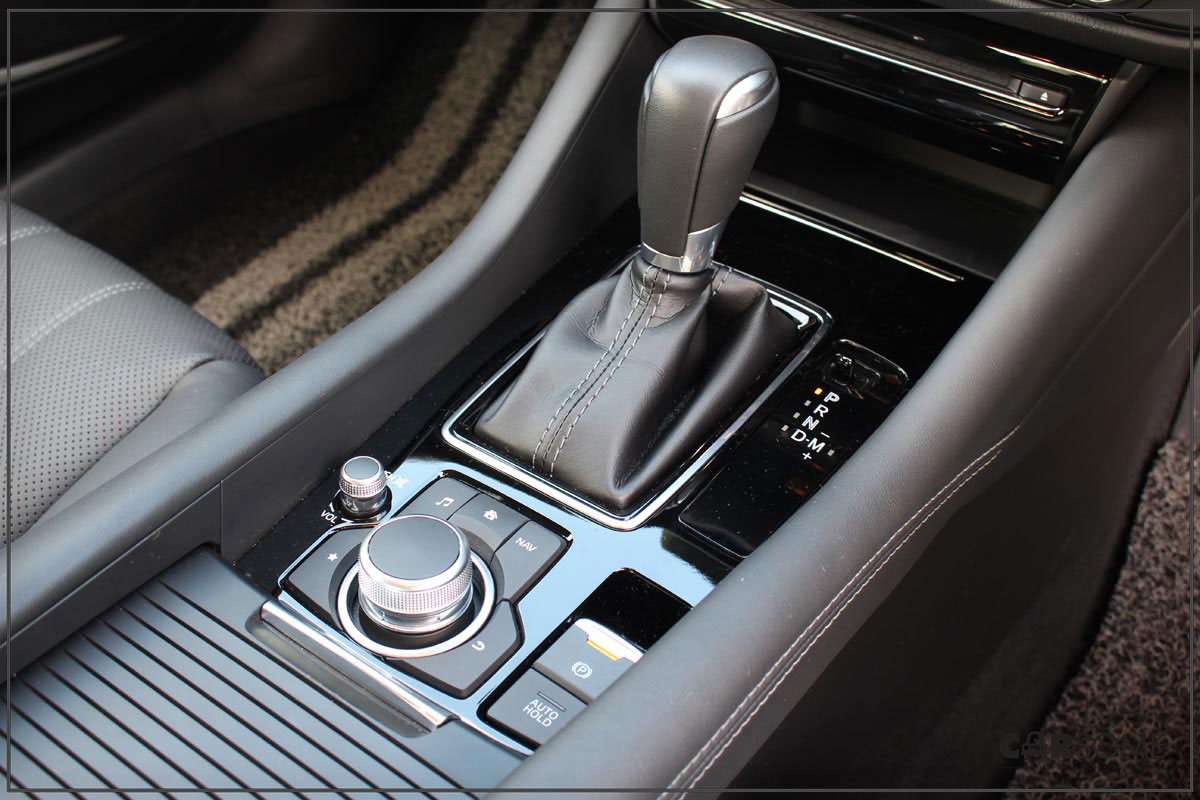 Inside the cabin is all-new, with only the steering wheel and small trim pieces carried over from the 2015 facelift. The highlight here has to be the horizontally stretched dashboard which has been simplified in Mazda’s own way. In fact, we like the minimalist centre console in line with their current layout, which features the 8-inch MZD Connect Infotainment System with Navigation, climate control and CD player slot followed by the gear shifter, electric parking brake switch, and the commander control unit. What’s missing in the 2.2-Diesel we reviewed is the Sport Mode drive selection switch, only available on the petrol powered range. 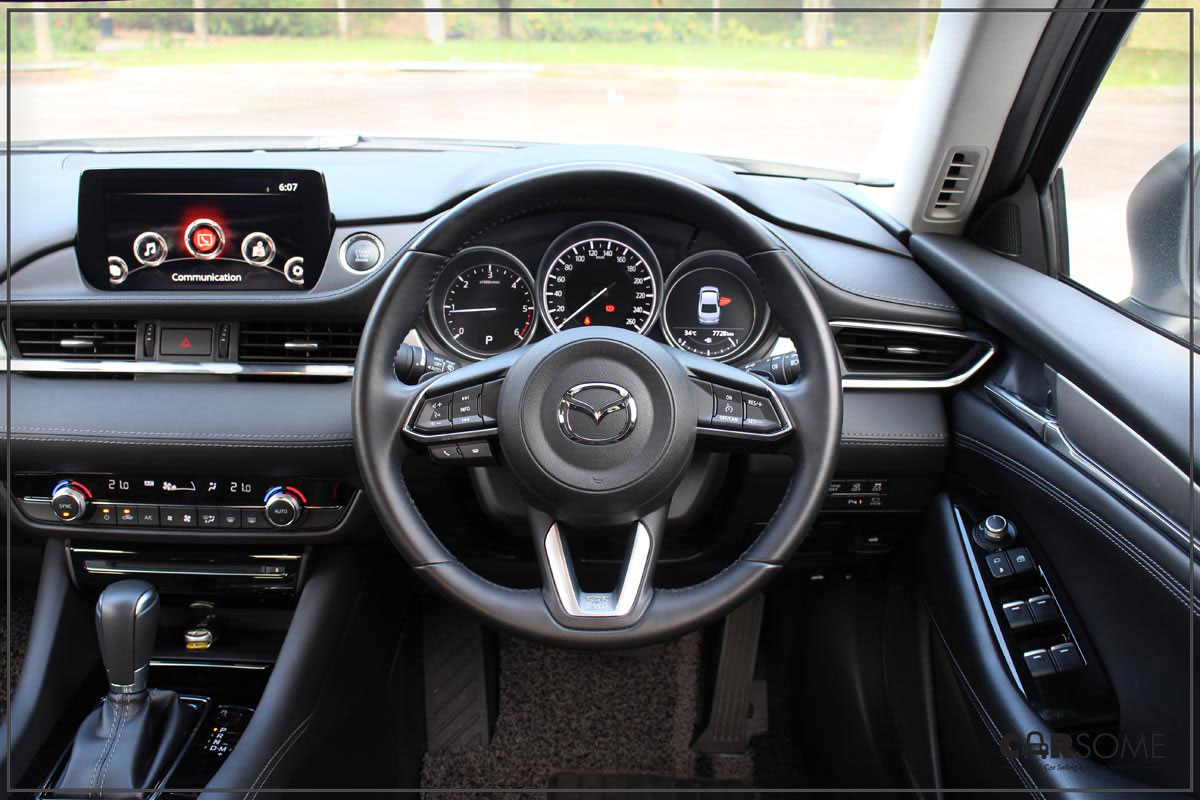 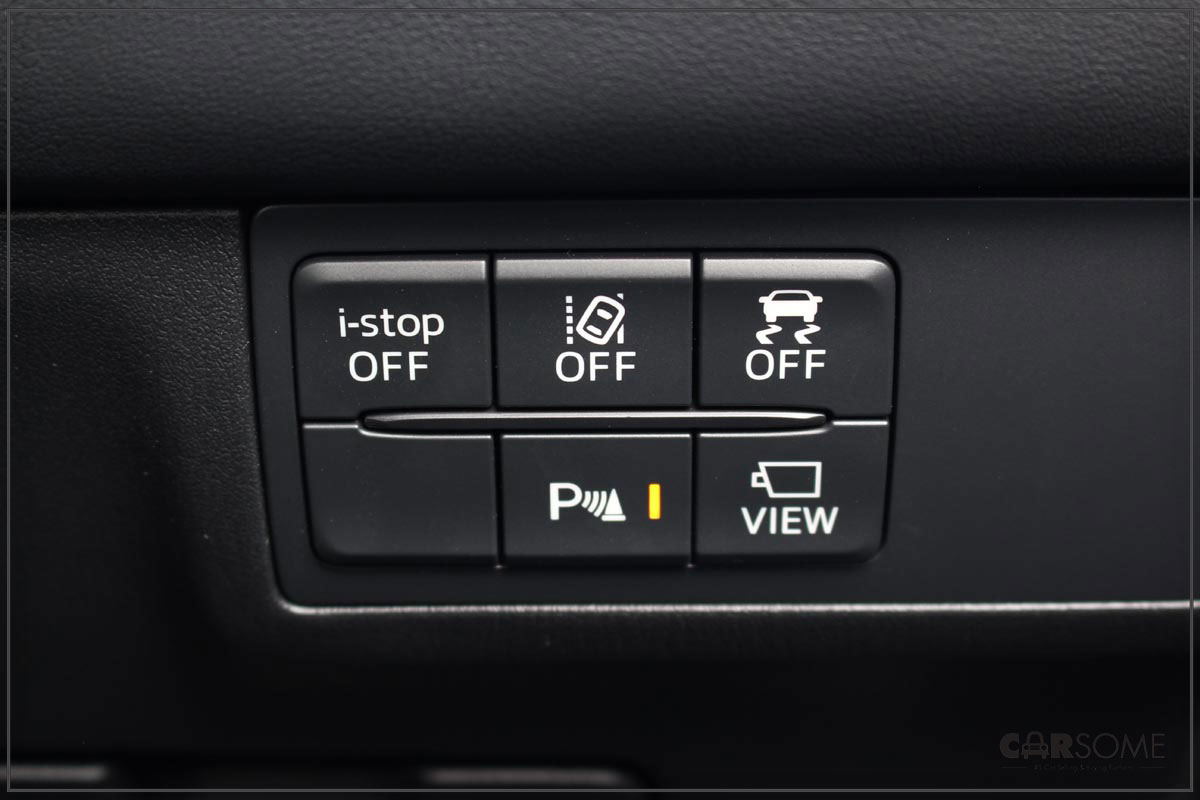 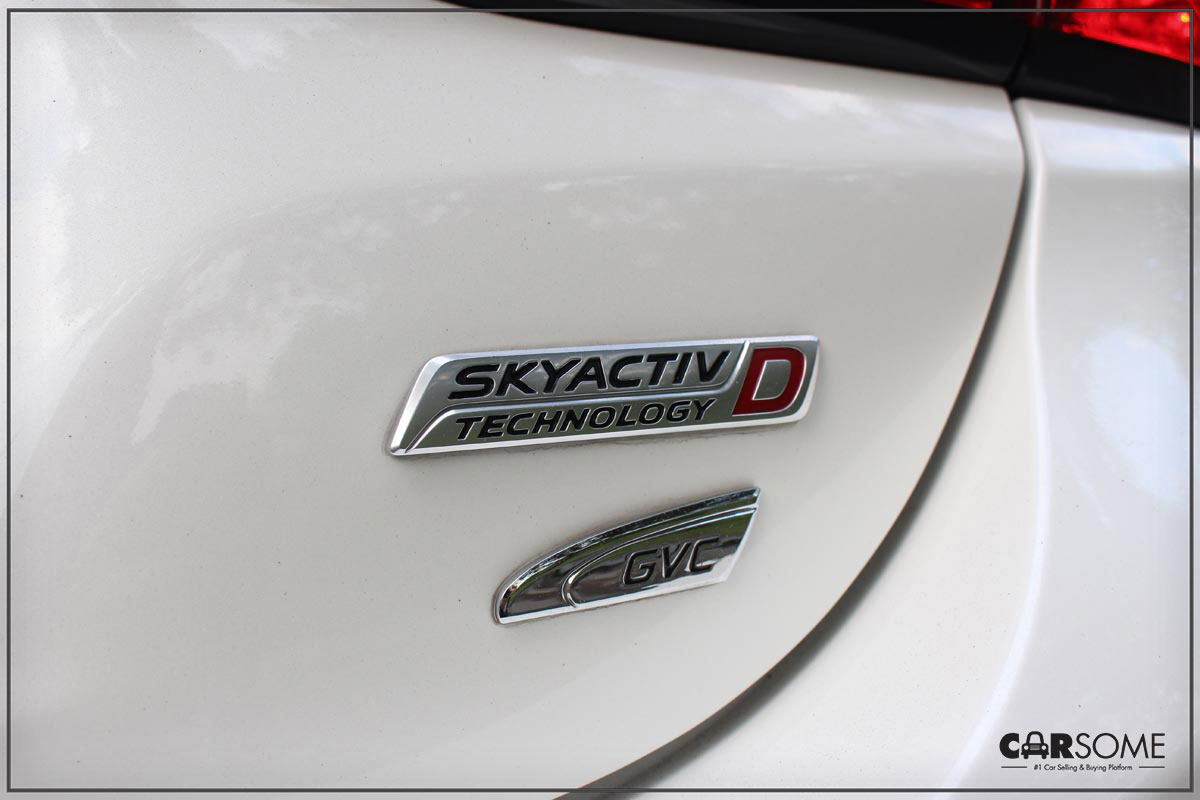 What we’re especially thrilled about comes down to a few things. First has to be Mazda’s Skyactiv-D diesel engine that has a compression ratio that’s almost as low as their petrol engines. This is the reason why the brand’s diesels are one of the cleanest globally, even meeting strict Euro 6 standards. Here the diesel engine outputs 188 hp and 450 Nm of torque at 2,000 rpm. Fuel consumption has been rated officially at 5.2-litres/ 100 km and combined CO2 emissions at 133 g/km. 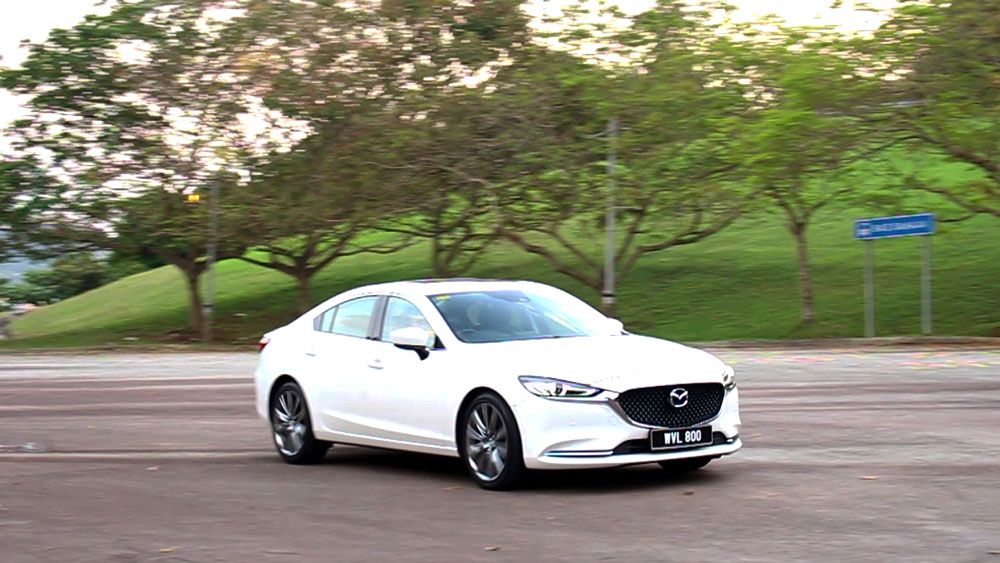 When it comes to driving impressions, the diesel really pulls away, and thanks to the automatic transmission, does the rowing smooth as you go along. Sound insulation within the cabin is quiet as with all current Mazda’s but due to its diesel nature, you’ll hear it when the windows are down. The brand as with the improvements have also nailed in the driving position, with the feel and confident chassis set-up the highlight of the experience. It is very manoeuvrable and precise for a vehicle of its size, largely assisted by the presence of GVC and does best to keep its composure at its comfort setting. 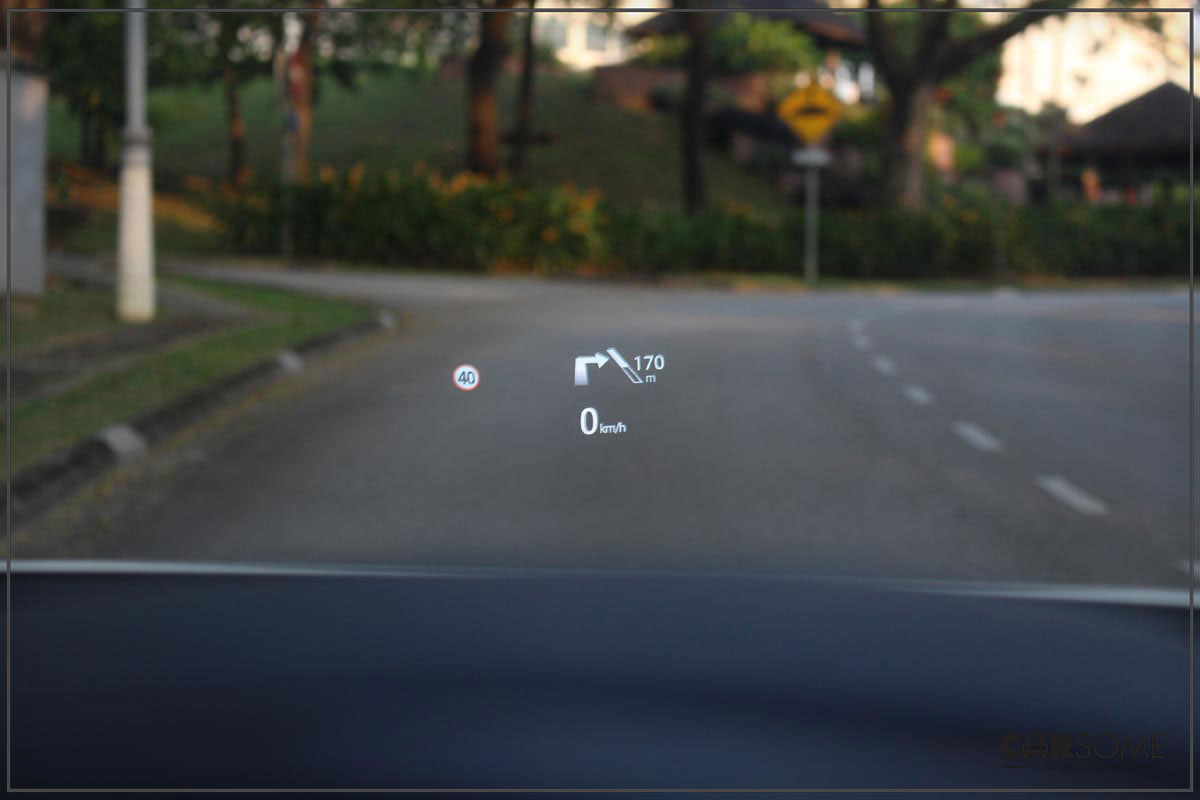 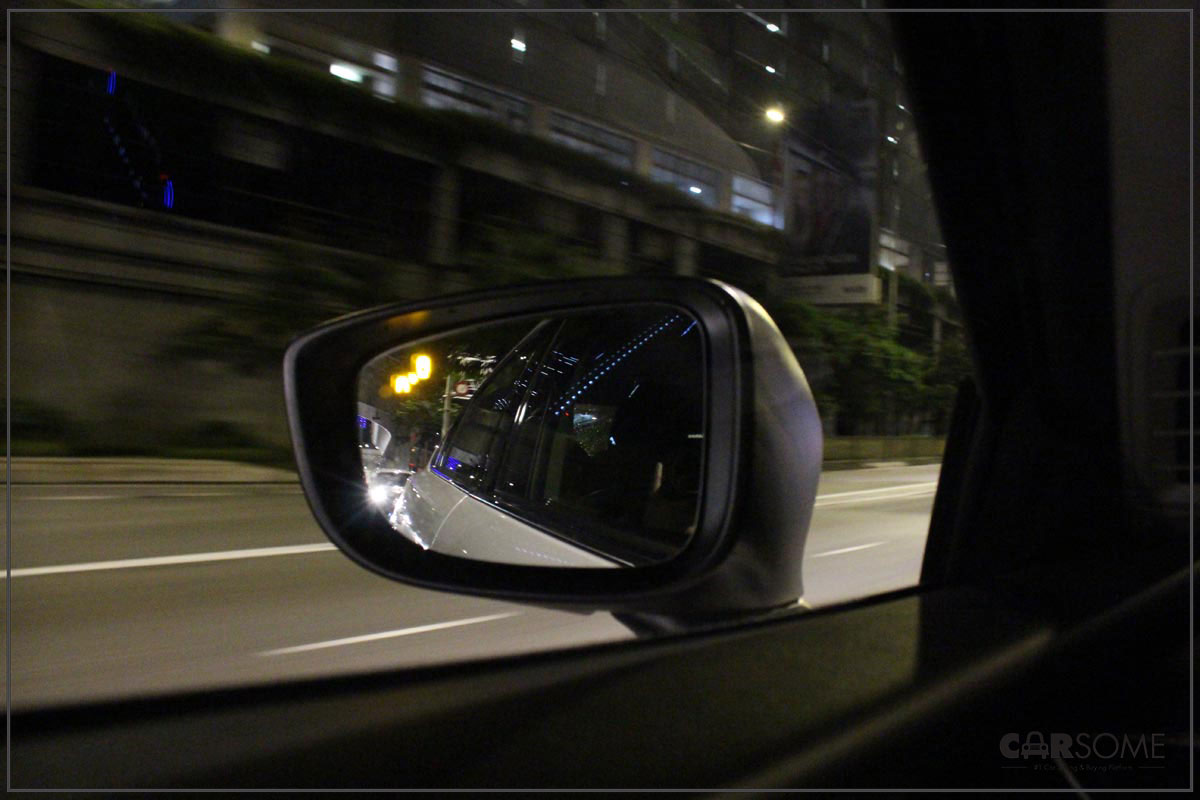 General convenience comes second, and the inclusion of a Head-up Display is one that puts the focus on the road. The list of displayed information includes a Current Speed Limit with Warning, BLIS with Lane Departure Warning, Navigation with Approach Indicator, Current speed, Cruise Control and Lane Keep Assist. For external convenience, we could not fathom why other manufacturers have not included Walk Away Lock as a standard feature. 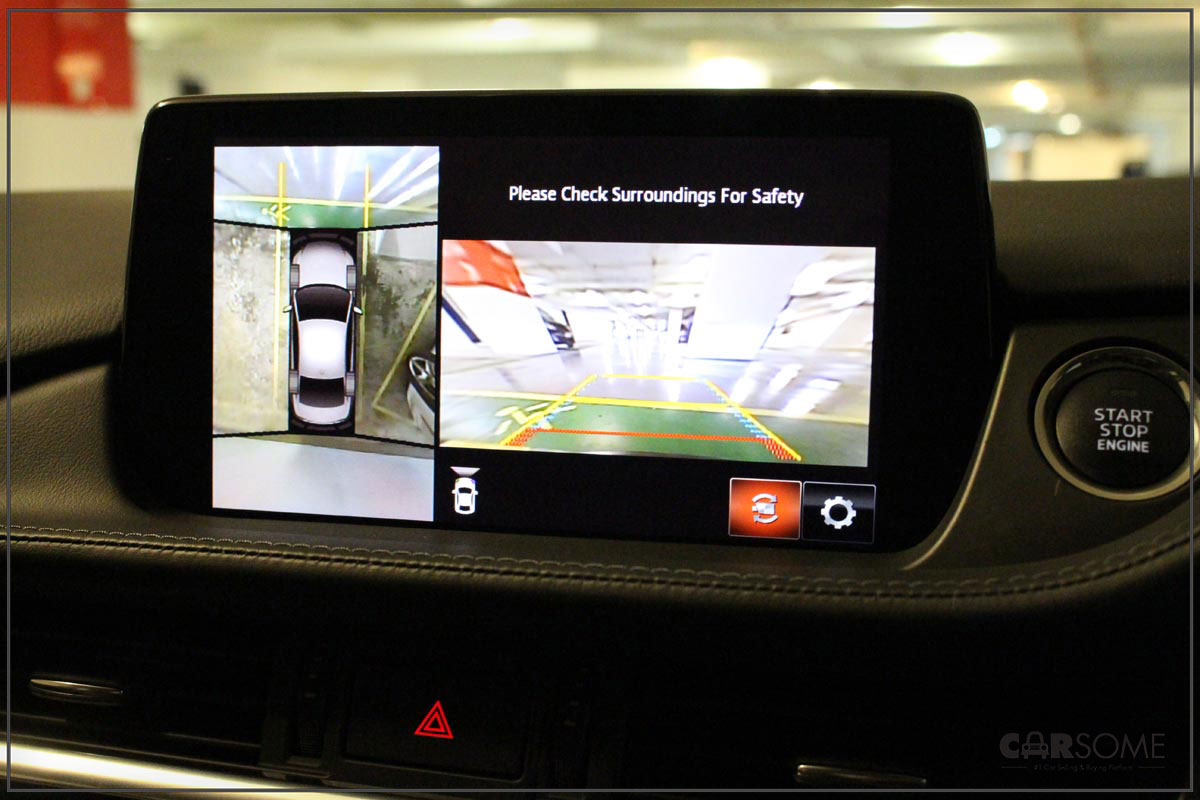 Now comes the part where we think needs improvement. The quality of the reverse and 360 cameras. Resolution is certainly lacking in the units, so much so it is difficult to see crisp details of what was around. That aside, it gets the job done. Furthermore, we also thought that the MZD Connect Infotainment System needs an update in interface. But seeing as the all-new 2019 Mazda 3 will come featured with the next gen system, it is only time that it’ll get a fresh new look. 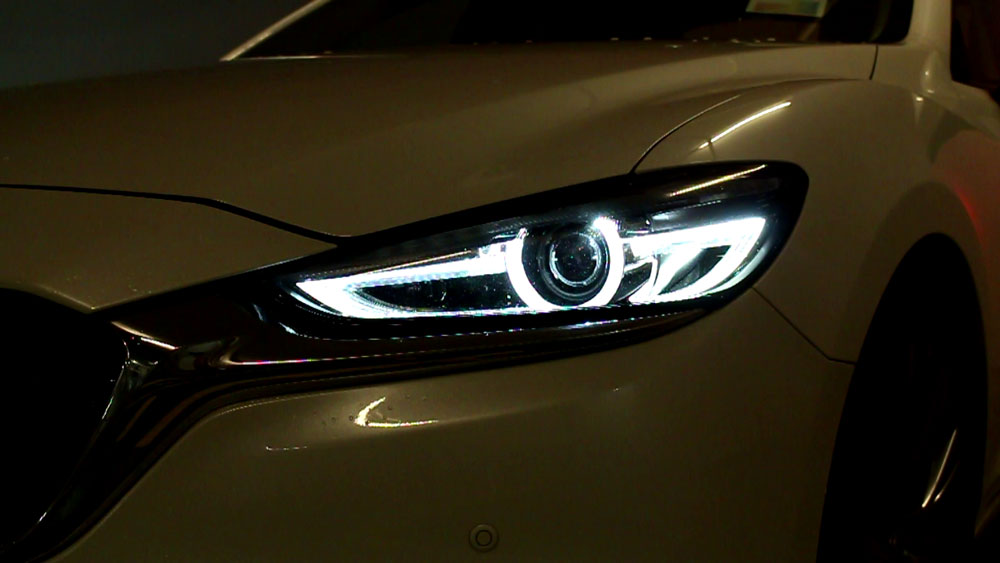 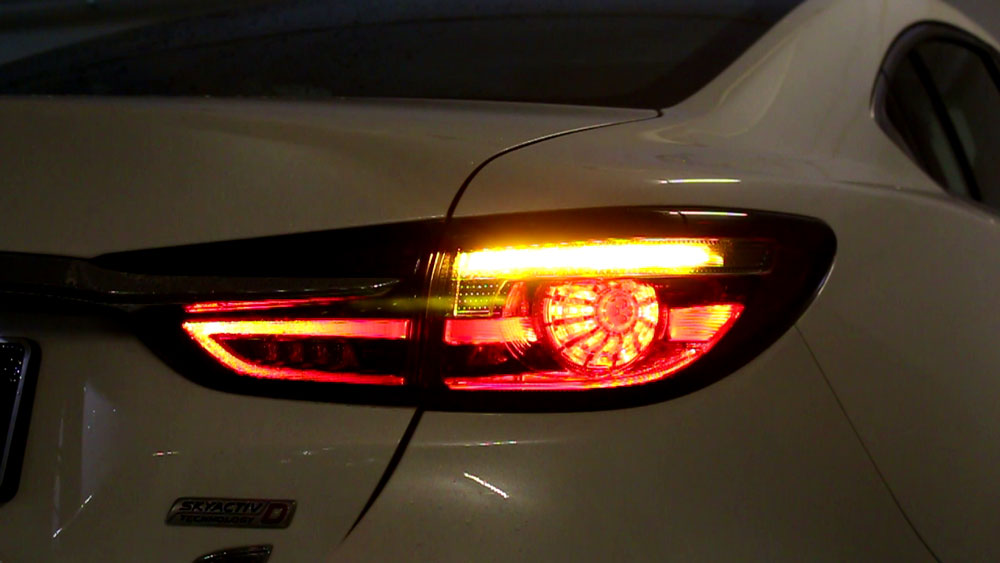 So how do we conclude? Mazda’s latest 6 in Malaysia is still the best flagship sedan the brand has to offer here. Specification wise, it has everything a proper flagship sedan needs and more. We highly recommend the drive, the looks and the features. However, there is only one small problem, the price. Current prices for the 2.0, 2.5 and 2.2D sedan are RM 167,216, RM 204,724 and RM 213,427 respectively. In terms of complete features, the petrol 2.5-litre is identical to the 2.2 diesel, which we see would be the most logical choice for most buyers. Nonetheless, with Toyota’s recent launch pricing for the new Camry at RM 189,900, the Mazda 6 is almost RM 15,000 more expensive and poses a tough competition despite having similar features between each other. Add in Volkswagen’s Passat to the mix, and things become a little more hazy. What will consumers choose?

Want to know what we think about the CX-5 and Mazda 3? Look no further!

Life is short! Get that Mazda you’ve always had your eye on! But first sell through Carsome!