Does a Loud Car Exhaust Do Anything?

It’s 3 am. And they’re always there. The Honda Civics, Perodua Myvis, Proton Wiras, and Wajas race down the freeway with the most obnoxious exhaust possible while slowly crawling on stock engines. Much to everyone’s annoyed grimaces, these exhaust upgrades aren’t just common on cars. Look no further than your neighborhood “Mat Rempits” or “kapcai motorcycles”.

Vehicle exhaust has been the default, go-to upgrade for every entry-level motoring enthusiast around the world. In high-performance racing, however, an exhaust upgrade is deemed necessary as it adds numbers to a vehicle’s performance on the track. But wait, you might ask – If every Ali, Muthu, and Ah Beng has a loud car exhaust out there, why are their cars still a slow crawl on the streets? An aftermarket car exhaust can provide performance if done right. Let’s dive into the components of a car exhaust system and how it works first.

How Does a Car Exhaust Work?

Engine combustion happens when a rich fuel and oxygen mixture meet inside the combustion chamber of your car. Once the combustion process is complete, hazardous smoke is produced as a byproduct of the combustion and needs to be quickly expelled out of the engine for more oxygen to flow in. A car exhaust helps to redirect and eject all the smoke produced from the engine to the outside of the car, and the cycle continues.

Read More: Switching up Your Car Engine: Can You Do it in Malaysia Legally?

Components of a Car Exhaust 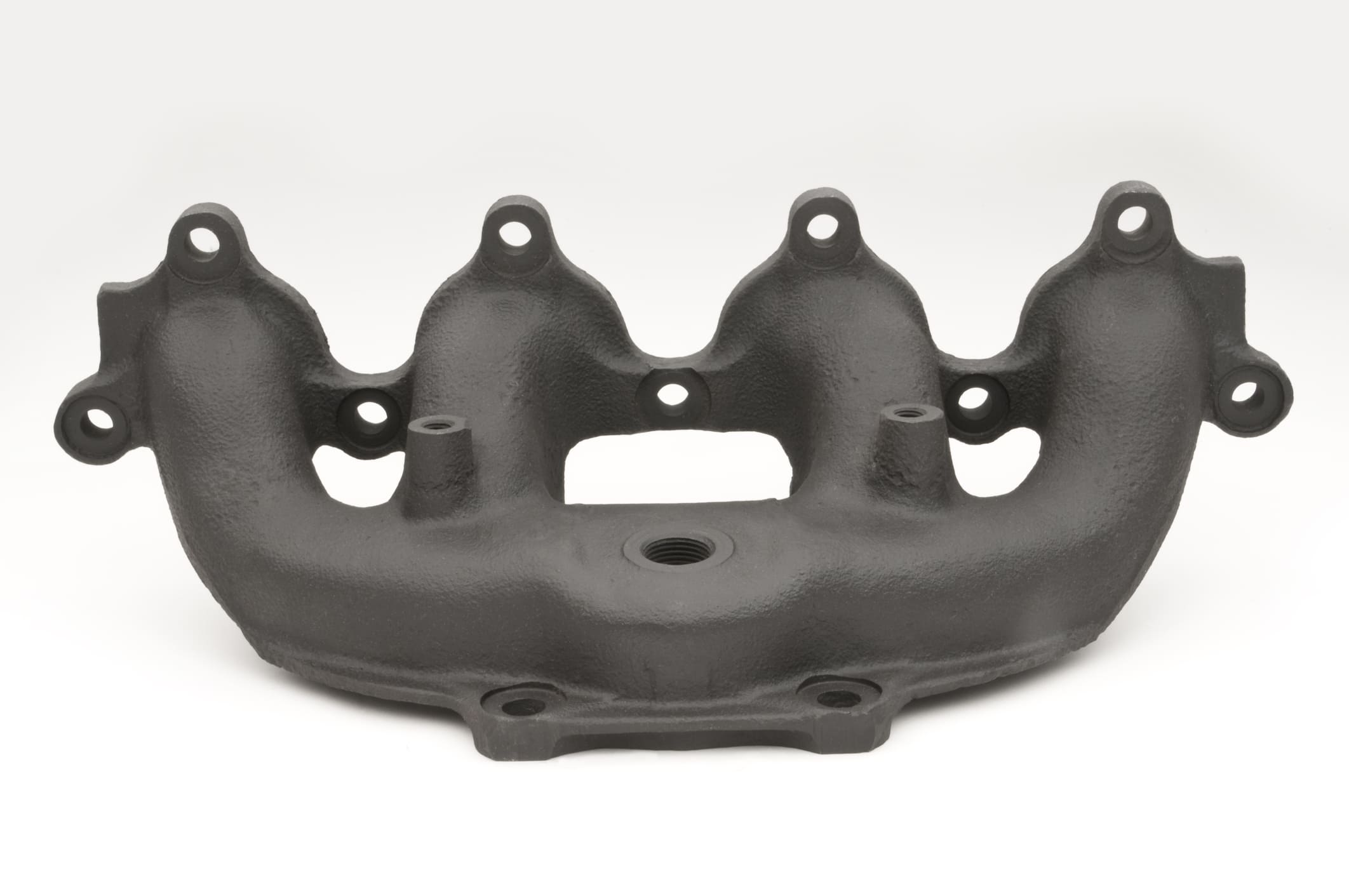 If you get to see a car’s engine bay up close, you’ll notice this large pitchfork-shaped tube connected to the cylinders inside the engine. Then all the tubes are merged into one pipe and it gets redirected to the undercarriage of the vehicle. That is the exhaust manifold – it redirects all the noxious smoke produced by the engine to the exhaust tips. 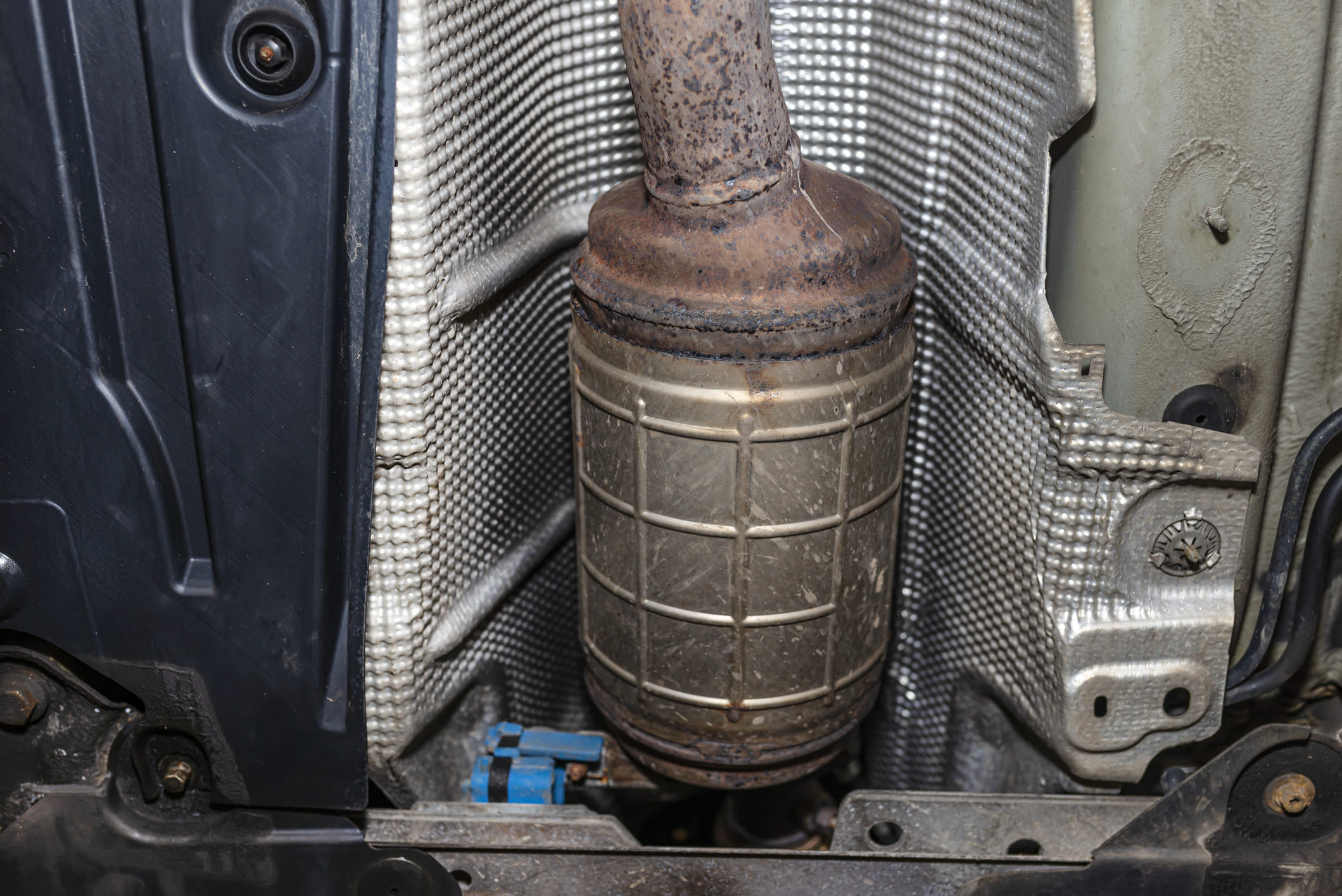 Unless you’re driving an electric car, all internal combustion-engined vehicles do produce some form of emission from the chemical fumes that came as a byproduct of gas-powered engines. 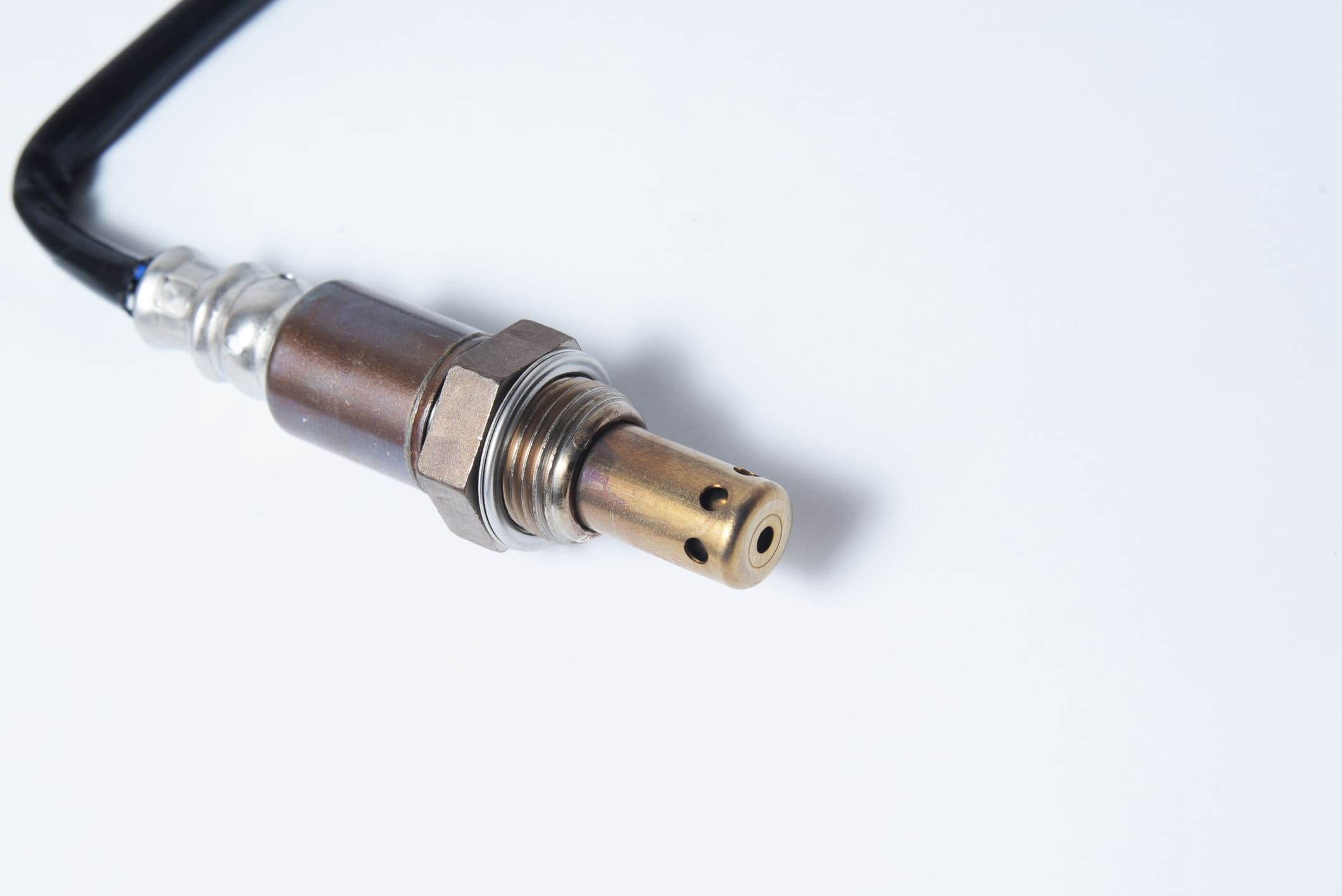 The oxygen sensor is a measuring instrument that monitors the emissions of all internal combustion engines. It measures the amount of oxygen expelled from the fumes of the vehicle’s combustion chamber. Then, it sends a signal to the engine management system to adjust the right amount of fuel-to-air ratio in its mixture if it’s either too lean or rich. 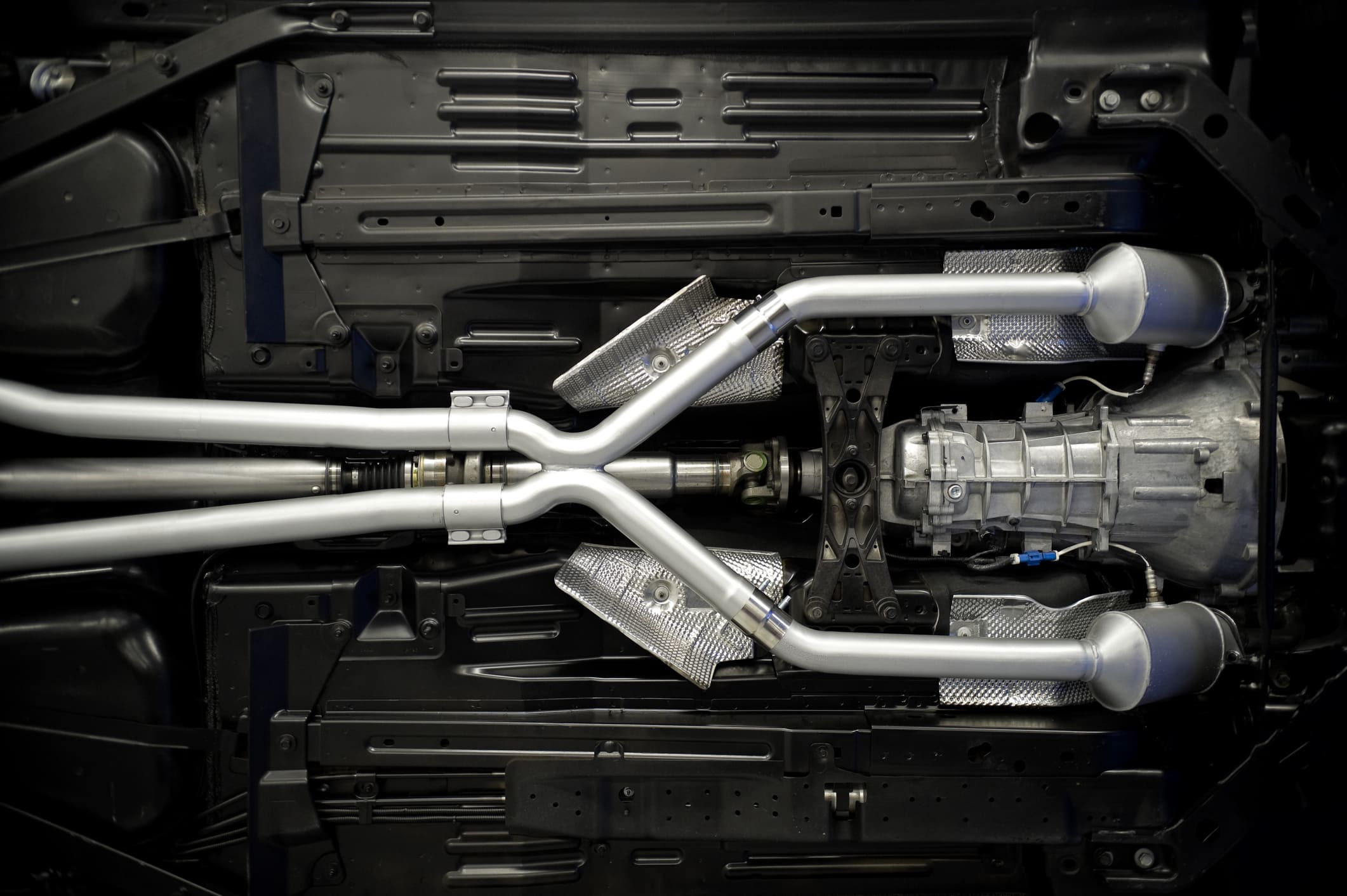 A resonator or a muffler aids in reducing the amount of unwanted noise generated from the vehicle in a higher or a particular RPM range. Housed right behind the exhaust pipes, its sole purpose for its introduction is to reduce the final number of decibels developed for noise pollution and driver comfort. Note that these two words tend to be used interchangeably. 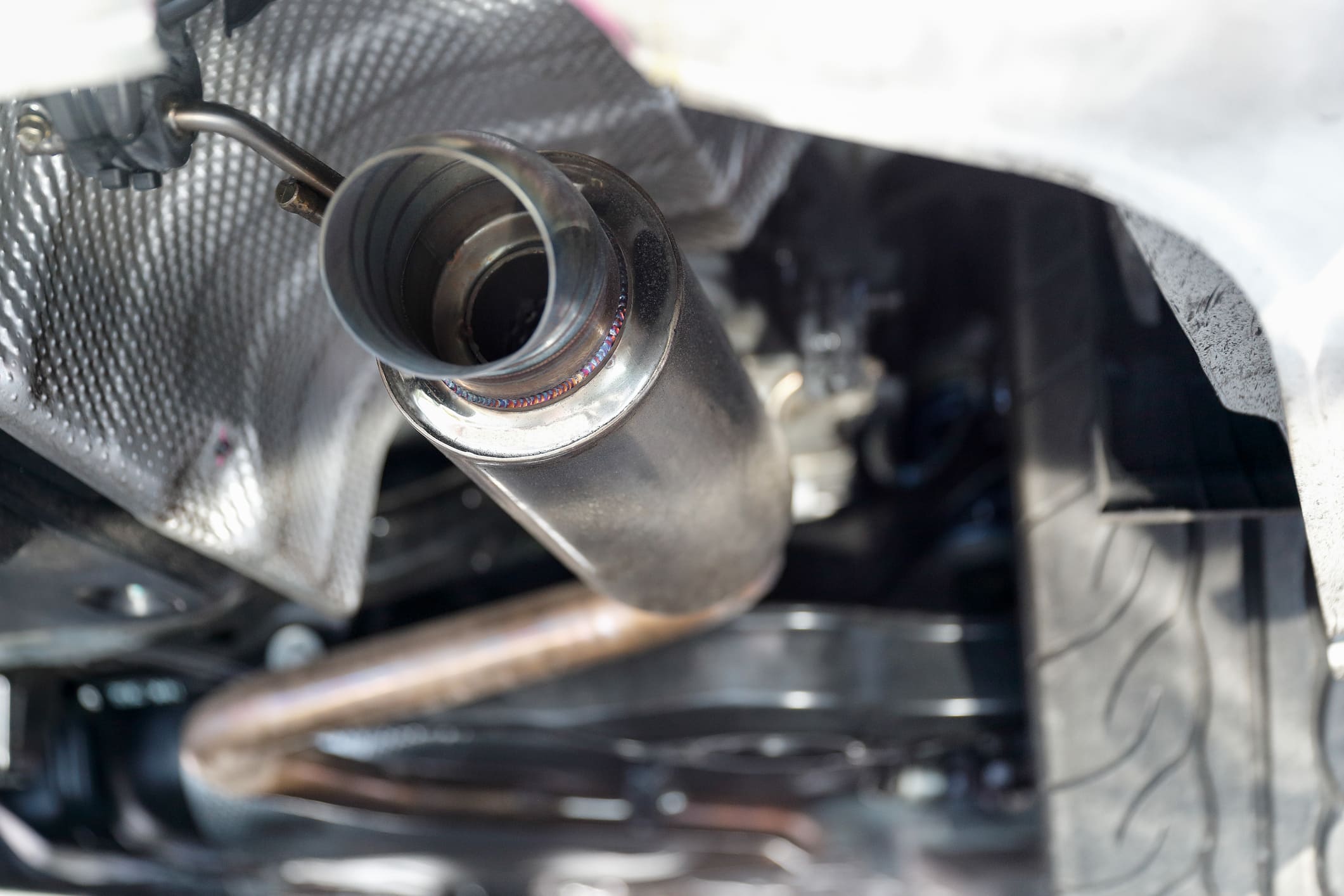 The bread and butter of the whole system. Our tail or exhaust pipes are where the final stage of fume expulsion ends. These two words are commonly used interchangeably around the world. A pipeline is connected from the exhaust manifold to the pipes which acts as a drainage system. That’s where the smoke and fumes exit the vehicle. In the aftermarket segment for vehicles, exhaust pipes or tips are highly sought after and customized by owners to their liking.

Does It Offer Performance? 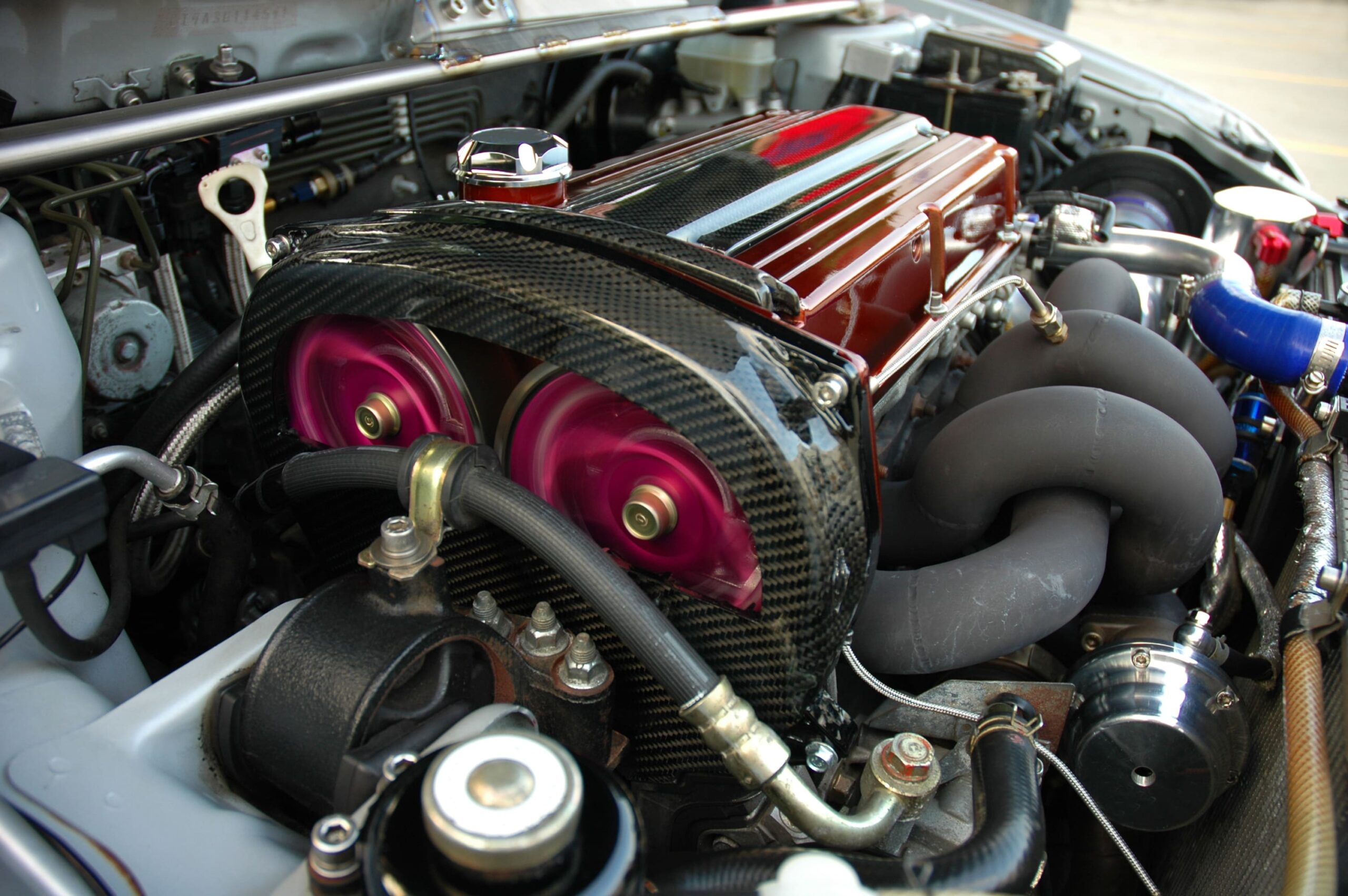 Here’s the common misconception about exhaust modifications. If done correctly, aftermarket exhaust modifications can increase the performance of your vehicle. But, an exhaust upgrade alone won’t just cut it if you’re chasing horsepower. Adding bigger pipes to your system allows the engine to maximize airflow and expel fumes generated by the process of fuel combustion. Generally, factory exhausts come with restrictive, narrow pipelines. Often, these are made in poor or standard quality and are highly restrictive of airflow and noise. The stock exhaust is intended to pass sound and smoke emission laws worldwide.

Read More: The Mercedes-AMG A35 4Matic Sedan is your entry point to AMG Performance 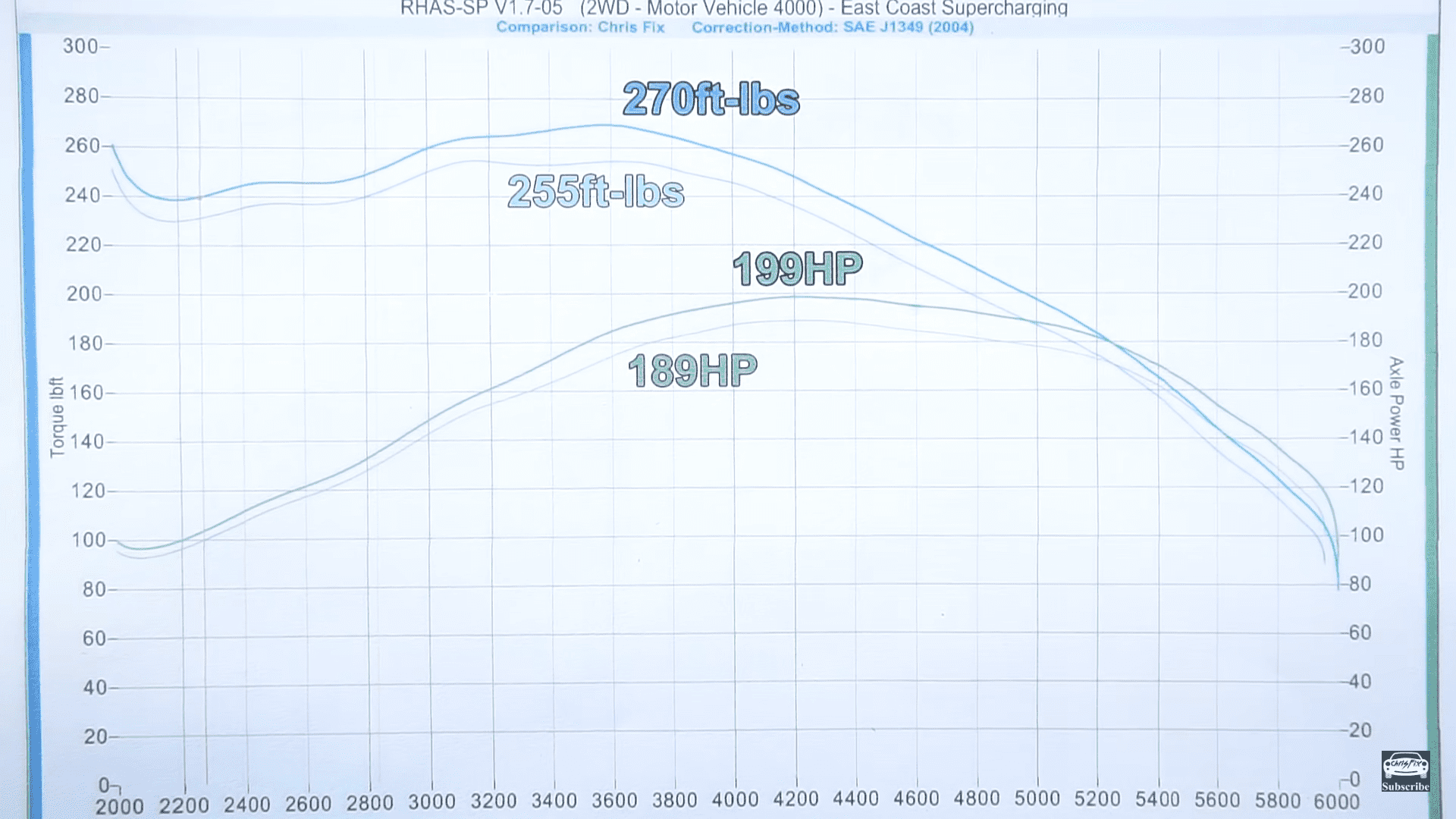 ChrisFix, an automotive DIY Content Creator on Youtube shows his Mustang’s engine performance before and after installing an aftermarket exhaust.

Picture yourself having a clogged nose from the flu. Blow all that snot out of your system and a huge whiff of fresh air that your lungs really needed. Stock exhausts usually come with plenty of filtration systems like the Catalytic Converter and Muffler from the factory as mentioned above. Most vehicles made after 1974 contain at least one catalytic converter. If your car has a dual-tipped exhaust, look down the undercarriage and you may find it comes with two. These are the “snots” inside your exhaust system and your engine is the lungs. By opting out of the factory catalytic converter, and muffler and reinforcing the exhaust manifold, your vehicle is going to sing like an orchestra on the road. Generally, plenty of inexperienced car owners or ricers (Radically Immature Car Enthusiasts) would just slap on a straight-pipe exhaust on their stock engines and proceed to call it a day. If you have been to enough car gatherings, you can tell which car owner is an experienced tuner or not judging by their exhaust of choice. A well-tuned car exhaust system would sound like a throaty roar that resonates with the corresponding modifications done to it, not like a fart can. 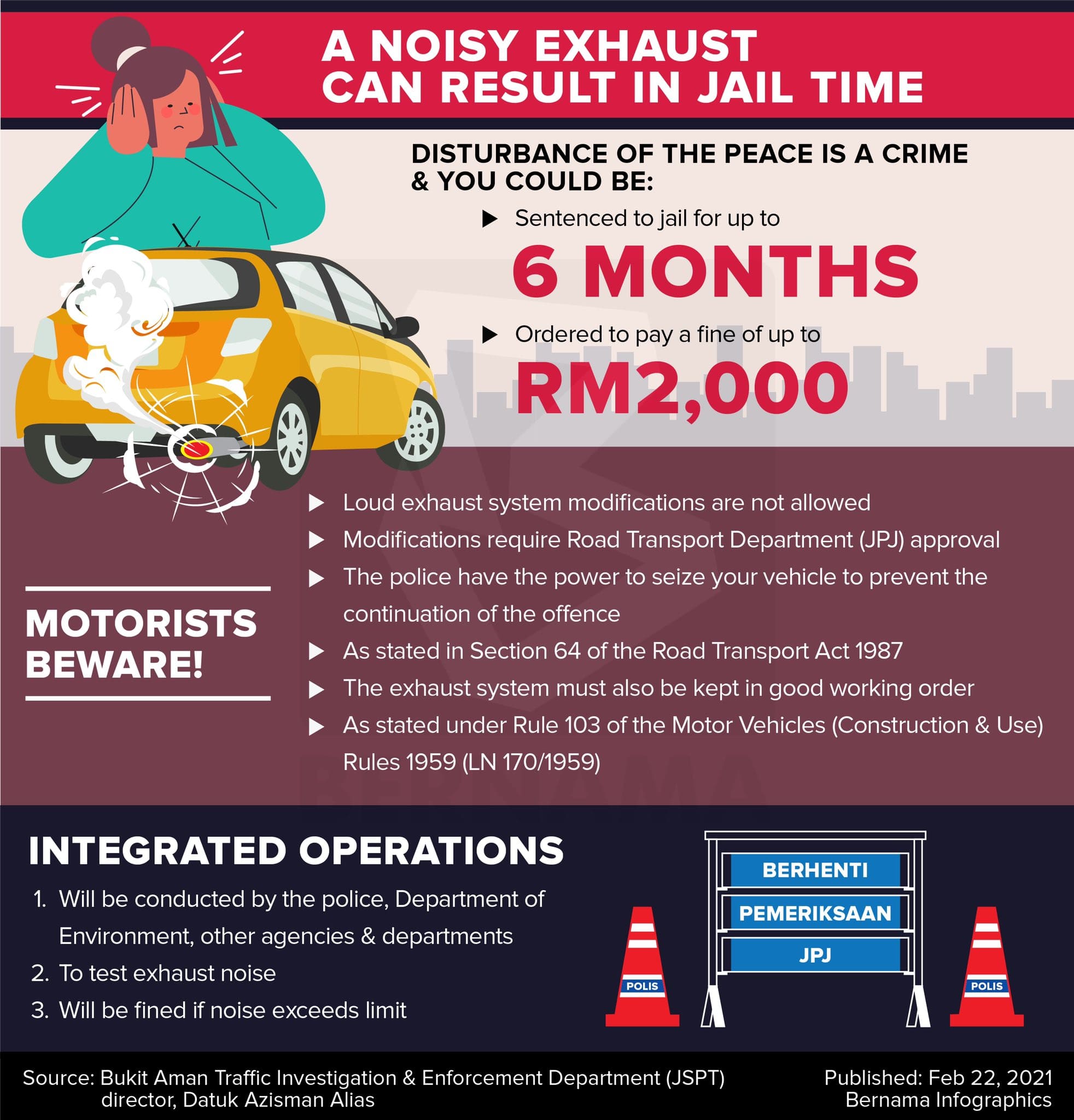 In Malaysia, all vehicles are bound Under Rule 103 of the Motor Vehicles (Construction and Use) Rules 1959 (LN 170/1959), it is an offense for owners to modify the exhaust pipe and silencer to generate a louder sound that may delight the driver but is a nuisance to others. Offenders when caught can potentially face up to an RM2,000 fine and/or be jailed for six months.

However, enforcement of these laws has the same consistency as a working Slurpee Machine from 7-Eleven which is why all the Ali, Muthu, and Ah Bengs with loud exhausts are still out there.

If you’re still looking to get an exhaust upgrade and play safe within the confines of the law, why not consider a Valvetronic Exhaust? For the uninitiated, a Valvetronic Exhaust is a motorized vacuum pump that is installed where the Car Exhaust Resonator would be. This allows your car to be loud or quiet at will with a flip of a switch or a remote when necessary and adds power too.

This video below will explain in further detail the types of Valvetronic Exhausts out in the aftermarket.

To conclude, while exhaust modification can be a cheap and quick way to add horsepower, we urge our readers to do proper research on the right parts to buy. In addition, we strongly advise doing it within the confines of the law and being considerate to your neighbors and surroundings. Don’t be a douchebag that annoys everyone from their good night’s sleep.