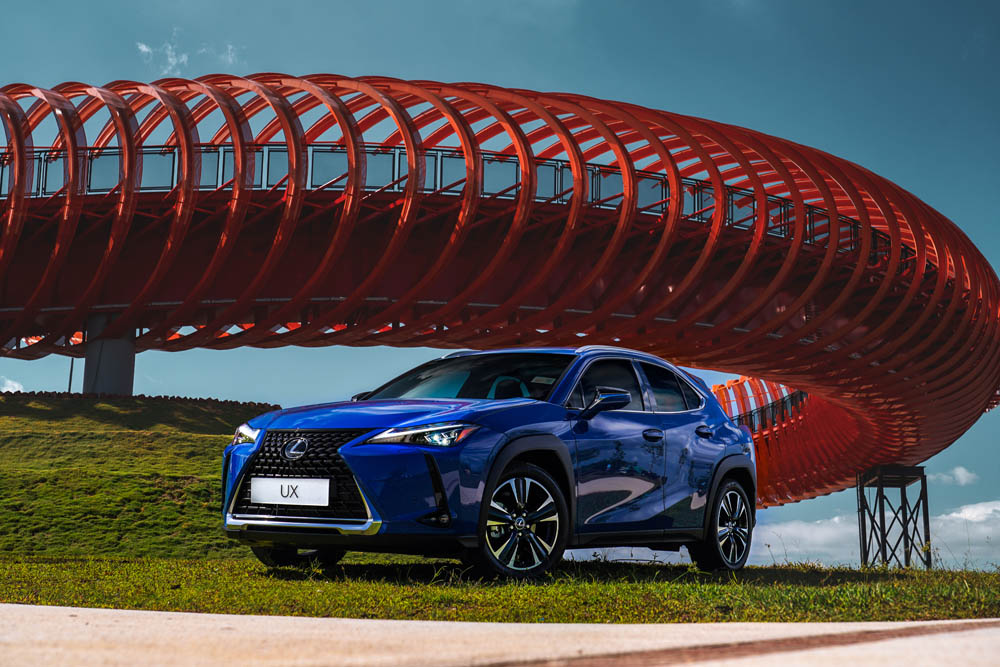 The Lexus UX is undoubtedly one of the highly anticipated cars for Malaysia this year. It was previewed to the public at the 2018 KL International Motorshow and came with several firsts’ for the brand. Despite being a compact crossover, the UX, which stands for ‘Urban Explorer’, has the proportions of a hatchback and rides lower to the ground for better handling. Lexus Malaysia will be offering the UX in three variants – UX 200 Urban, UX 200 Luxury and UX 200 F Sport. 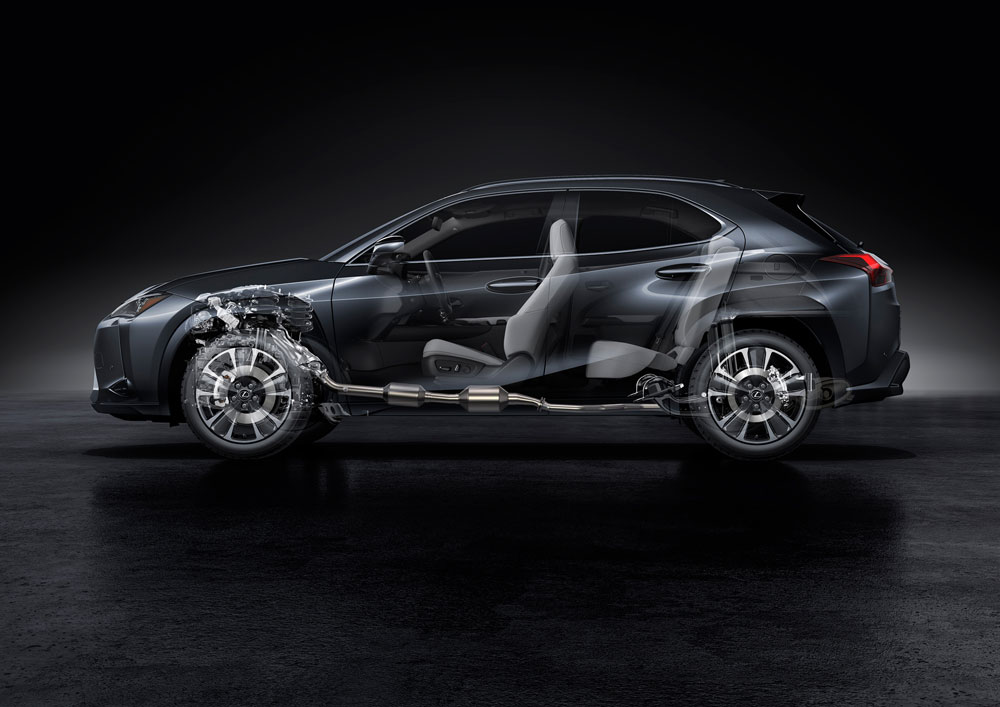 Designed and built from the ground up, Lexus’ first compact SUV offers drivers the attributes and versatility of an SUV with the sleek and elegant styling of a hatchback. The UX comes with a host of firsts for the brand, including being the first Lexus to be built on Toyota’s Global Architecture-C platform (of which the C-HR, Corolla and Prius are based on).

The UX’s development was spearheaded by Lexus’ Chief Engineer Chika Kako, the brand’s first-ever female chief engineer and in Japan as well. 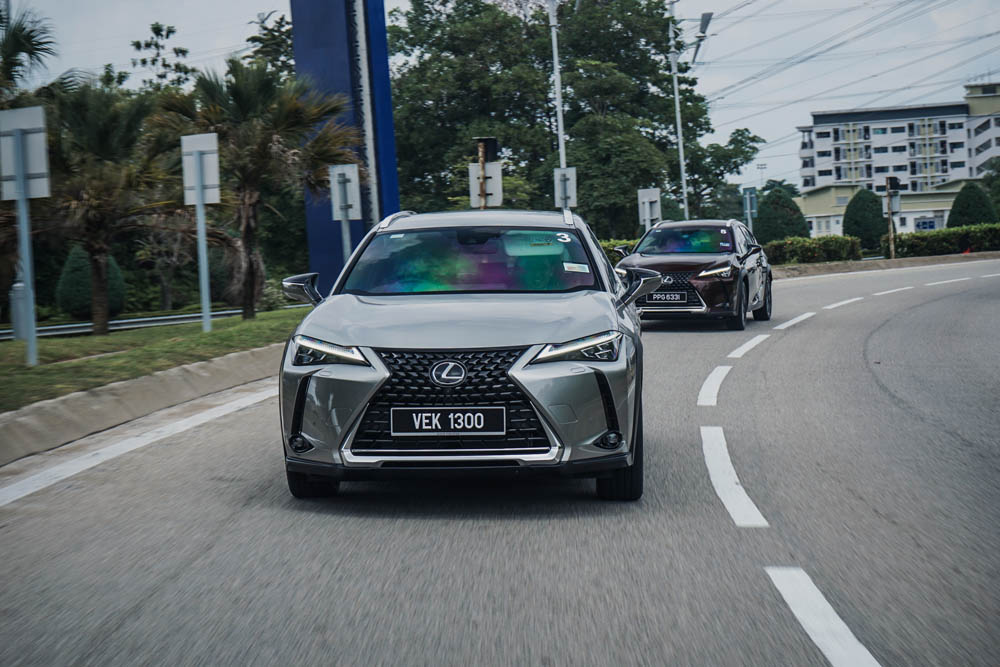 The design of the UX is unmistakably Lexus. The L-shaped daytime running lights and spindle grille at the front showcase the sharp and sleek aerodynamic profile before the unique rear look comes to view. 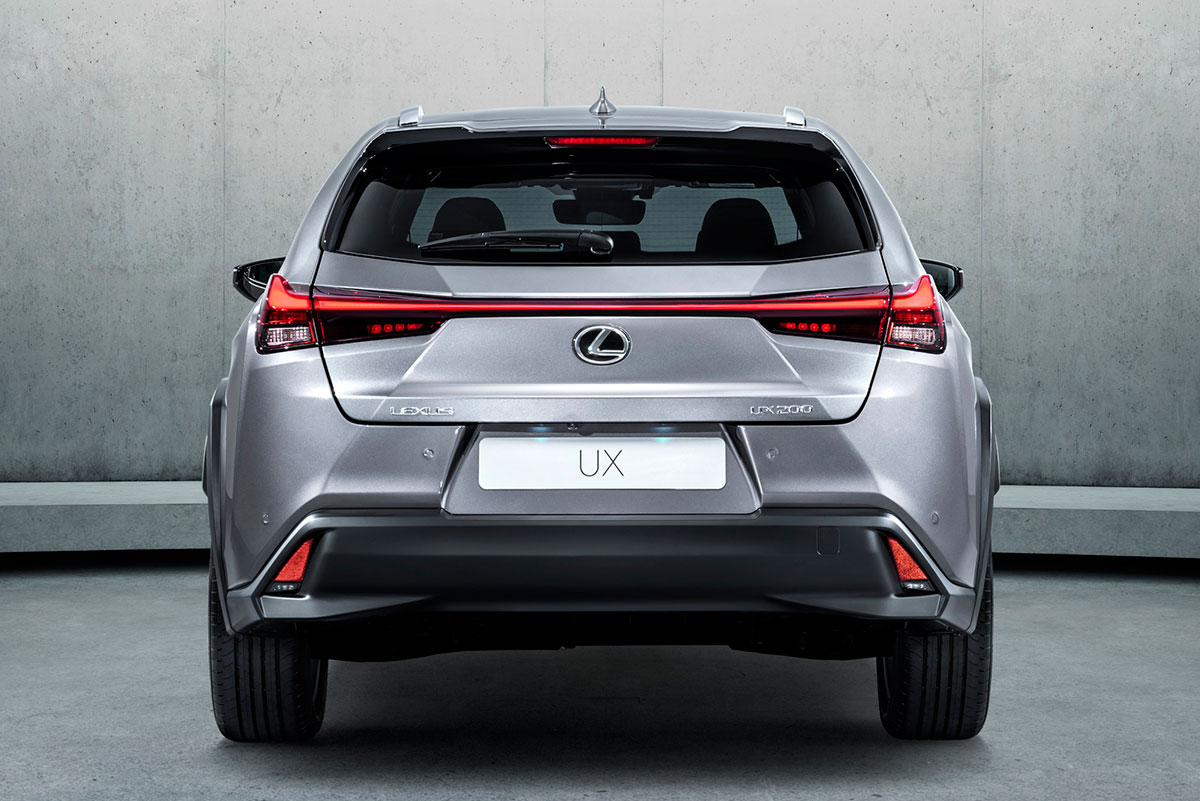 At the back, the tail lamps uniquely combine two useful yet aesthetic functions. Inspired by the rear wing of a racing car, the LED Aero Stabilizing Blade Lights measure just three millimeters thick at its narrowest point and have 120 LEDs. The shape also works as an aerodynamic spoiler while providing a distinct character to the UX. 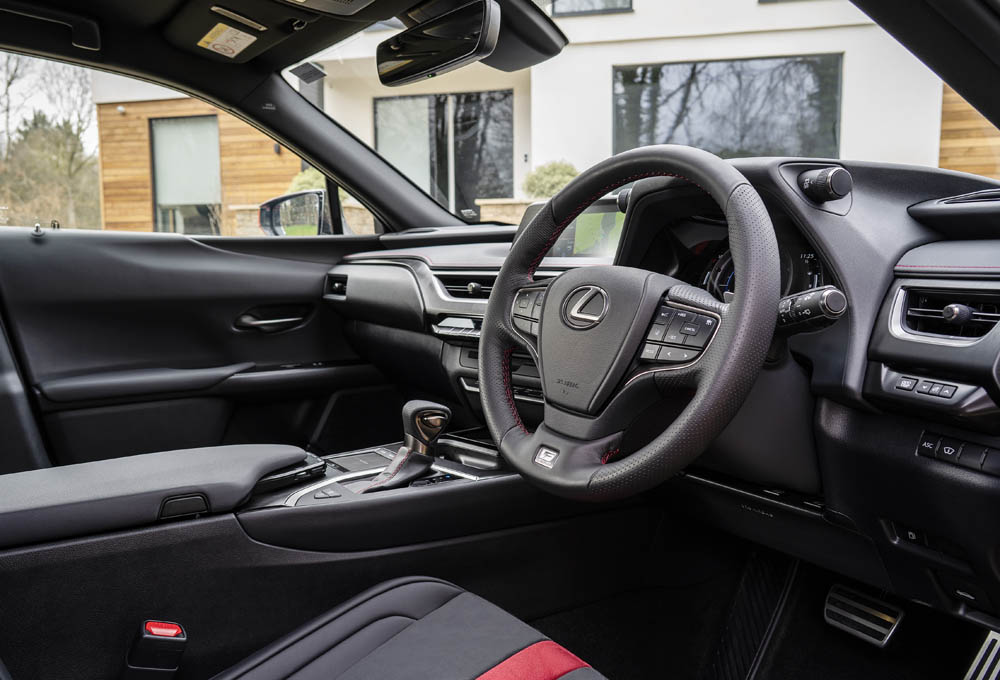 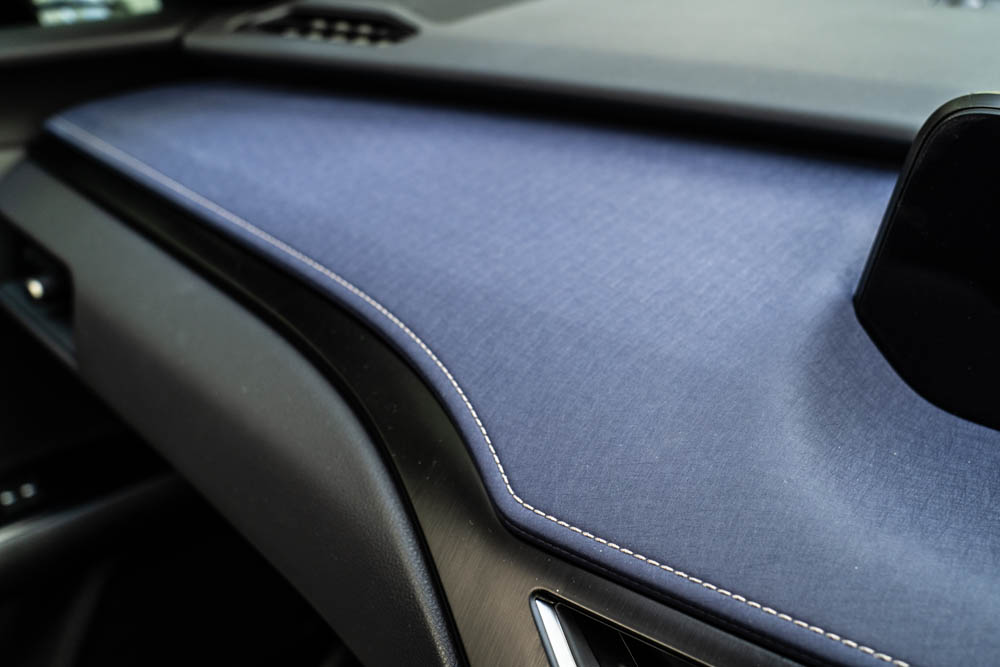 Focusing on comfort and luxury, the materials and artistry utilized within the cabin space are pure Lexus. The combination of Japanese traditions with innovative modern production techniques includes an interior trim finish inspired by Japanese paper, known as washi. It is commonly found on shoji doors in traditional homes to evoke a feeling of calm and warmth. 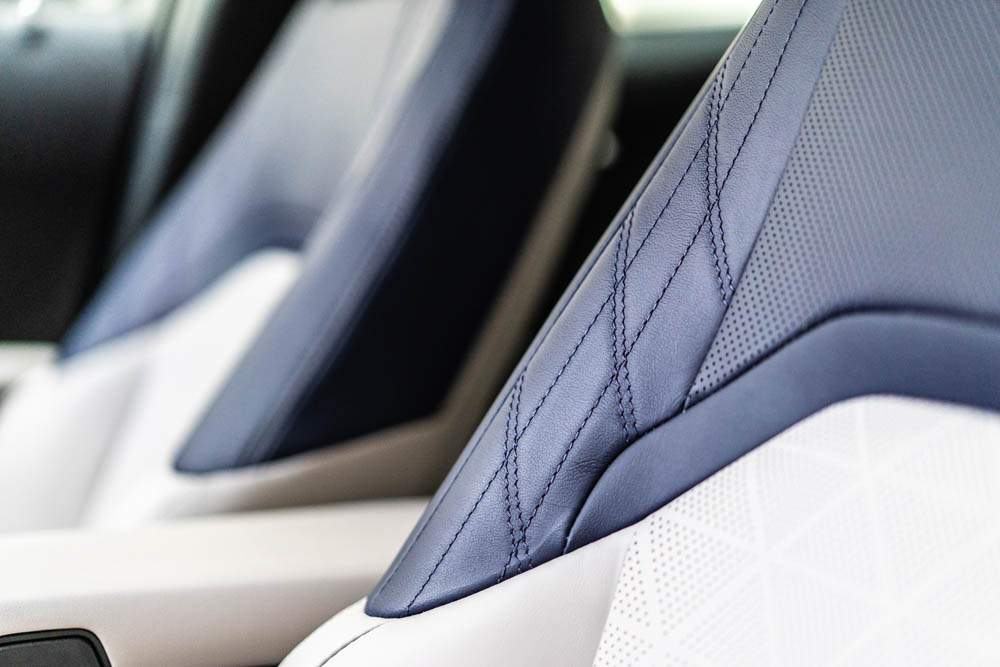 Sashiko quilting, a traditional Japanese quilting technique renowned for its strength and commonly found in judo and kendo uniforms – is extensively used in the UX 200 Luxury’s smooth leather upholstery. Entrusted to skilled Takumi artisan (senior craftspeople in Lexus that are responsible in the car-making process), the quilted leather is decorated with perfect perforation patterns that fuse art and functionality to enhance the appearance of the seats. 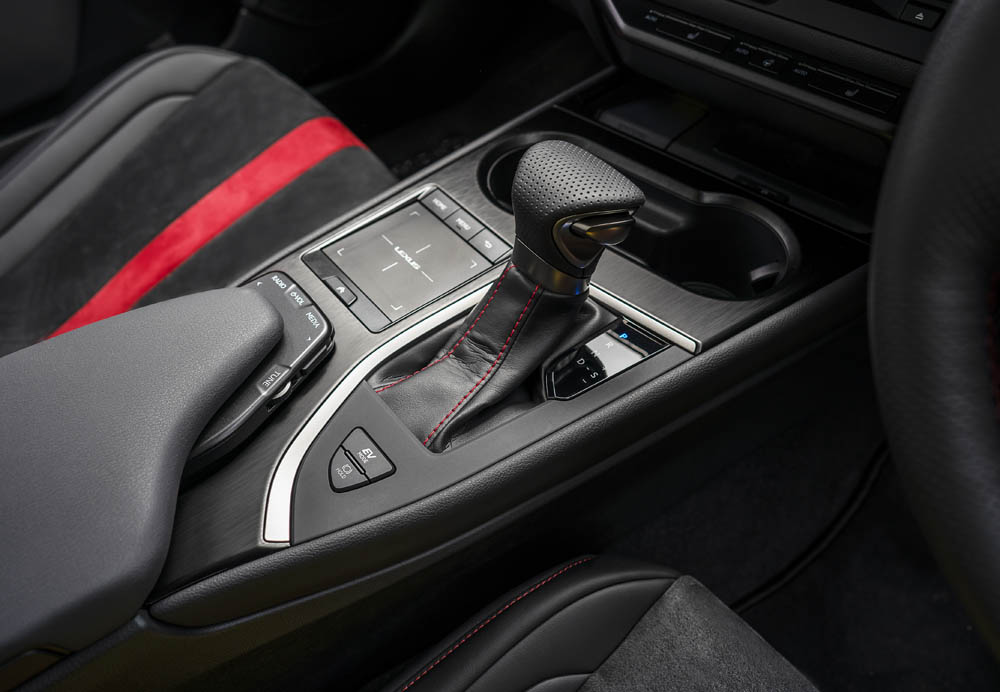 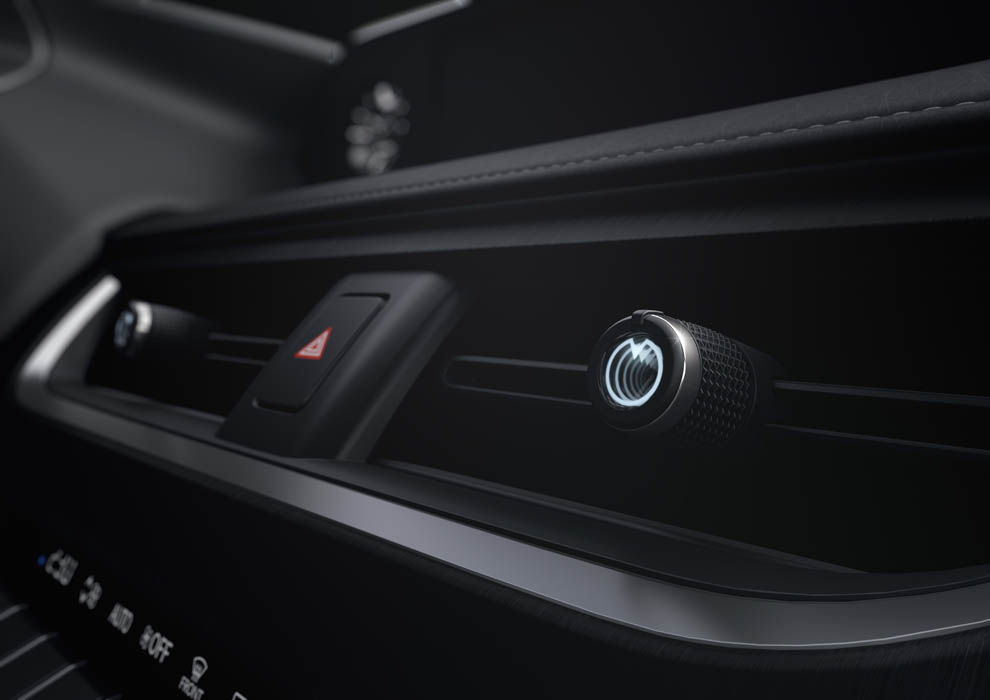 Unique touches that Lexus has input into the cabin include the audio switches positioned at the base of the palm rest. Lexus also included the world’s first illuminated vent controls, wirelessly lit using electromagnetic resonance. 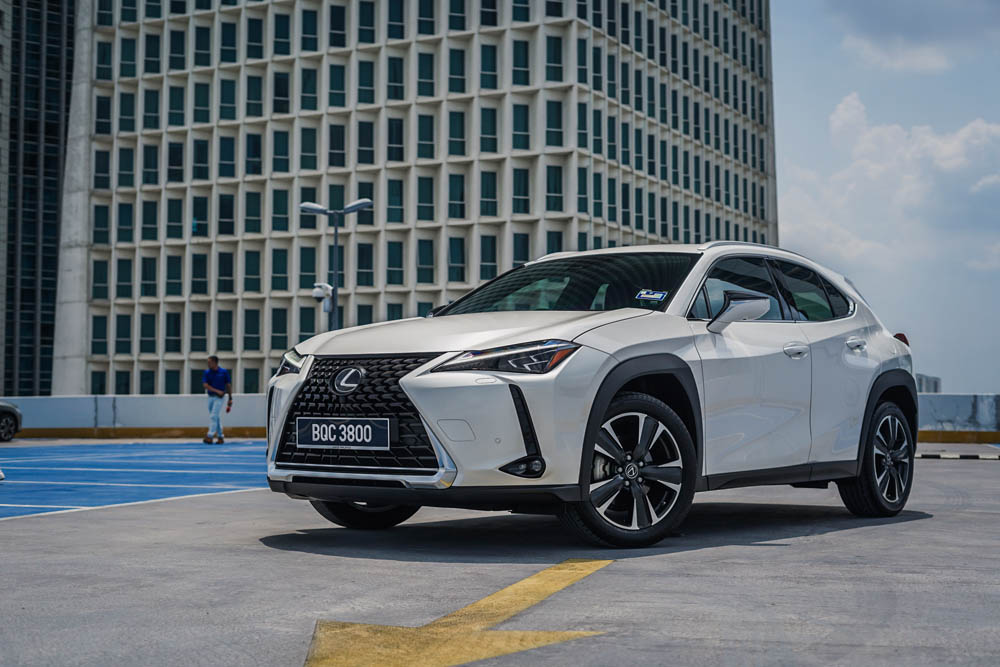 The UX is very much driver focused, allowing the driver to feel more in touch with the road thanks to its ‘Seat-in-Control’ concept adapted from the LC 500 Coupe. Drivers also gain an excellent field of vision and a more precise sense of the vehicle’s dimensions and position thanks to the upper section of the instrument panel, which appears to extend out beyond the windscreen into the wings. 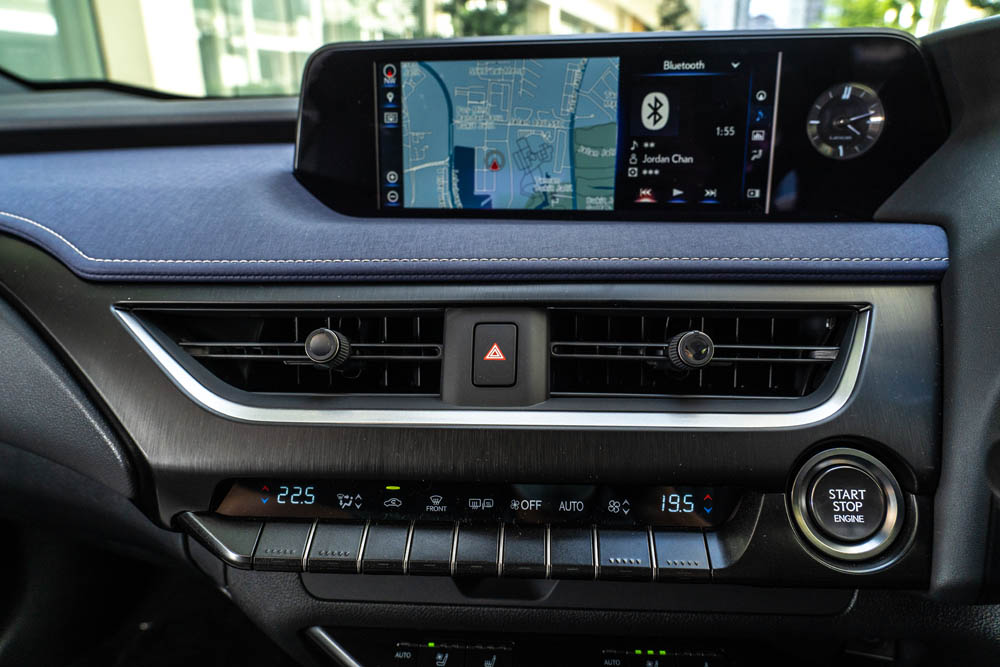 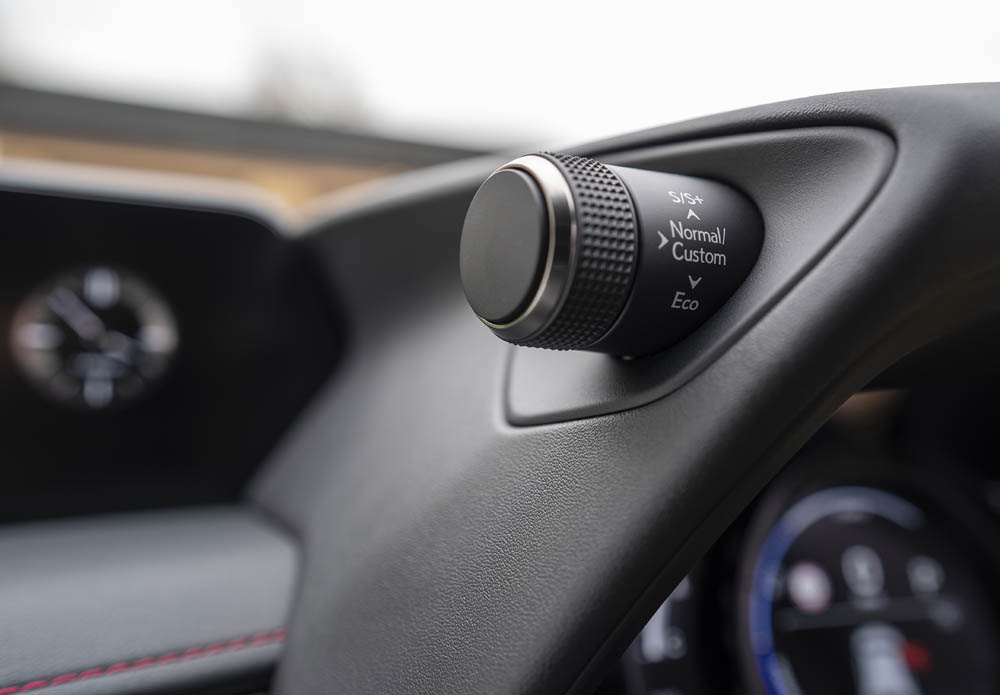 Akin to the benefits gained from user interface and user experience, the UX features critical vehicle functions within easy reach of the driver, which ensures not only comfort and convenience but also greater control. The infotainment unit, which the brand calls Remote Touch Interface (RTI), features a haptic interface designed to replicate smartphone usability. All variants have Apple CarPlay and Android Auto compatibility for more extensive connectivity to smartphones and apps. 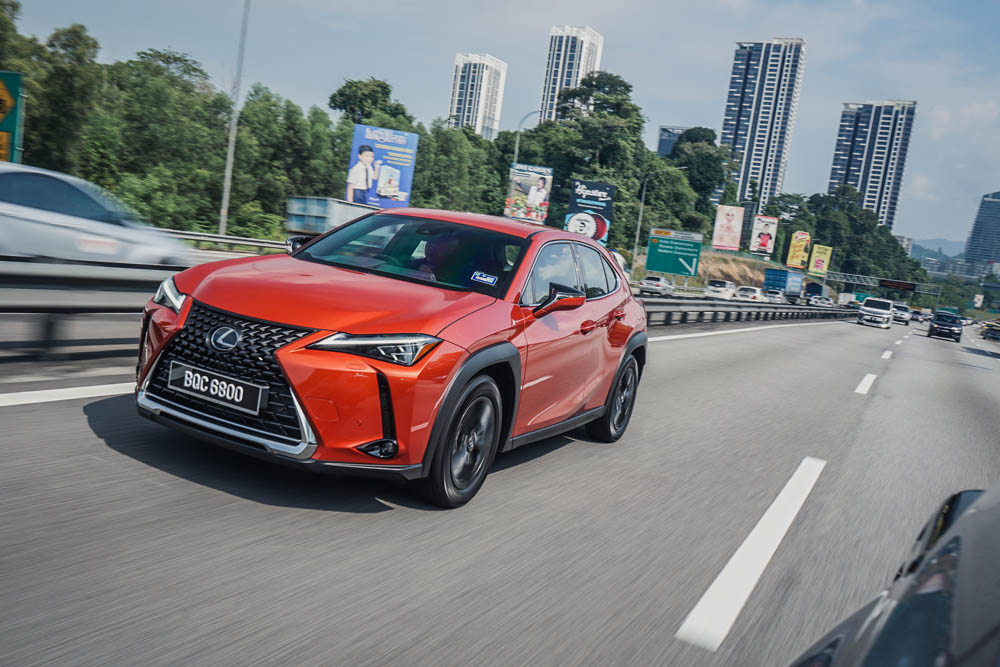 The UX 200 is powered by a 2.0-liter four-cylinder petrol engine that produces 169 hp and 205 Nm at 4,800 rpm and is mated to a 10-speed direct-shift continuously variable transmission (CVT). Lexus states that the UX can accelerate to 100 km/h from a standstill in 9.2-seconds. Combined fuel consumption and CO2 emissions are 6.2-liters per 100 km and 145 g/km. 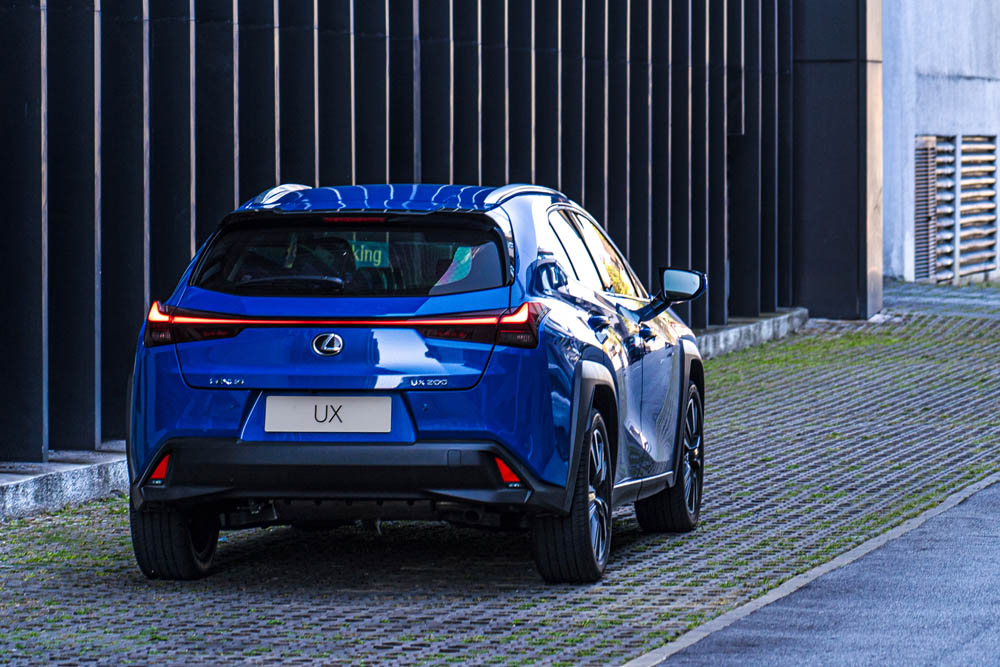 The UX 200 comes with eight airbags, Isofix mounting points and whiplash injury lessening seats in its list of passive safety. Lexus Safety System + (LSS+) – an integrated suite of safety systems that use sensors, cameras and systems to help mitigate road accidents through alerts and semi-autonomous actions. 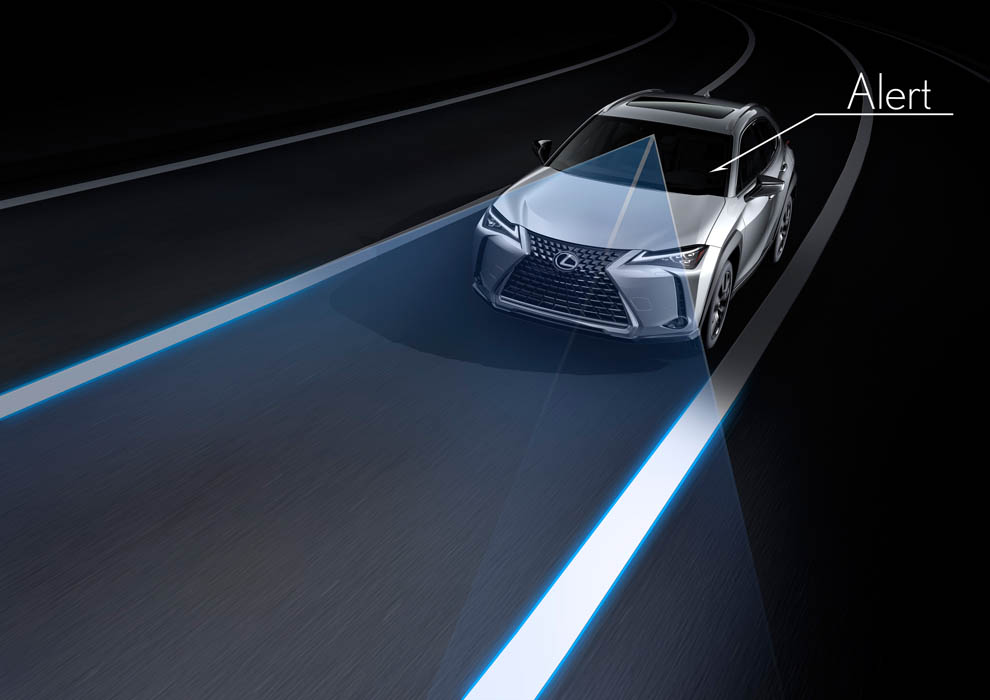 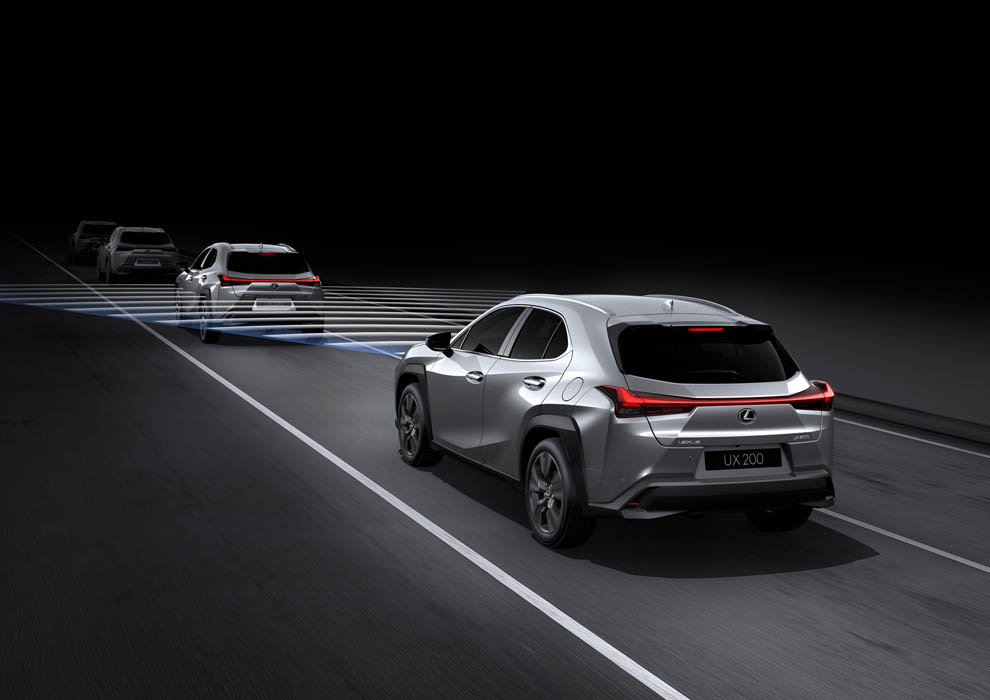 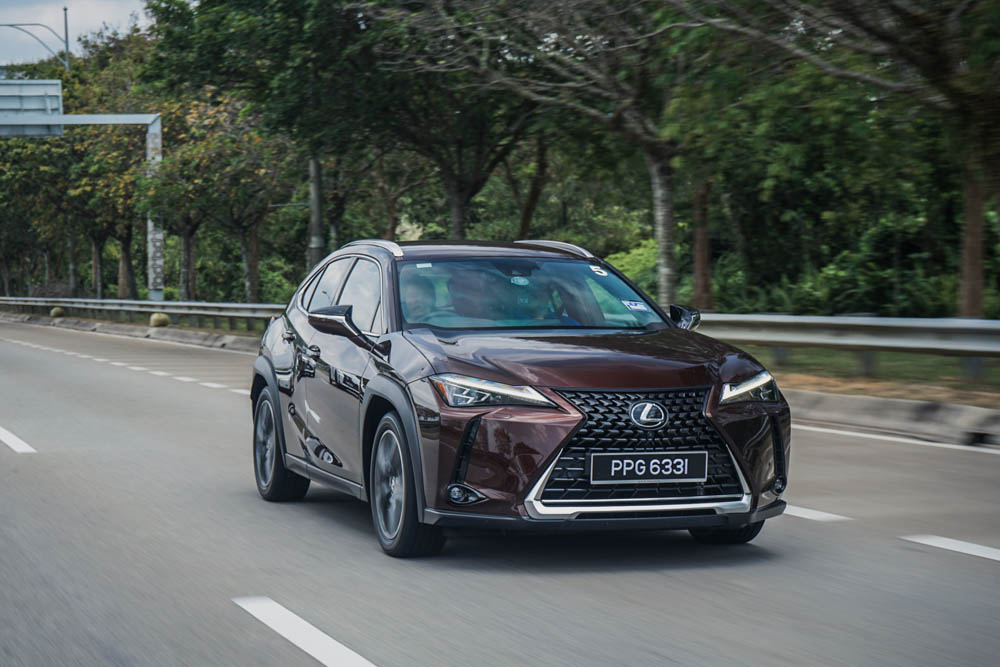 Lexus’ UX 200 is priced at RM243,888 for the Urban, RM283,888 for the Luxury and RM299,888 for the F Sport. Ownership comes with a five-year warranty with unlimited mileage and is available at seven Lexus locations throughout Malaysia.

If you have yet to see the interior of Lexus’ LS, look no further. Find out why we think it’s deserving of an Interior of the Year award.

Don’t forget about the latest Lexus ES sedan and RX SUV which were recently launched!

Selling your car does not have to be confusing. Choose Carsome for a car selling service that is professional, convenient and fast!