Proton Saga, the car that practically paved the way for the automotive industry in Malaysia is nothing short of a saga. 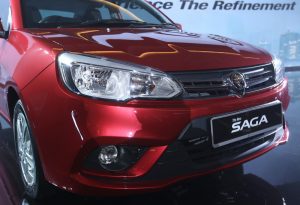 PROTON, the brainchild of former Prime Minister Tun Dr. Mahathir Mohamad, made Malaysia proud when it rolled out its very first car, the Proton Saga on the 9th of July 1985 making Malaysia one of the very few countries with car-making capabilities. The car was based on a Mitsubishi model, The Lancer Fiore, after the Japanese car manufacturer agreed to a joint venture with Hicom or also known as Heavy Industries Corp of Malaysia Bhd to produce Malaysia’s first car. Before long, The Saga quickly maneuvered its way into the hearts of many and made itself Malaysia’s favourite car.

A game of Scrabble is all it Took

Fun fact, Proton Saga got its name from a contest conducted by PROTON called “Name the National Car Contest”. From a plethora of entries, the name that created history was submitted by Staff Sergeant Ismail Jaafar from Penang who saw the name while playing a game of scrabble. 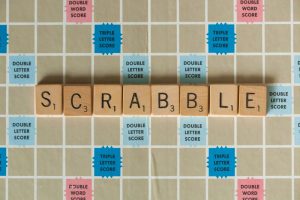 Saga is also an abbreviation of the words ‘safety’, ‘achievement’, ‘greatness’ and ‘ability’ which is exactly what the car embodies. The name ‘Saga’ could also be easily pronounced by different languages and was without any negative connotation in both Bahasa Malaysia and English which is another plus point.

This year, this car celebrates its 35th anniversary since its first creation and to commemorate that, PROTON launched the Saga Anniversary Edition in a first ever virtual launch over social media (why social media? Because MCO happened) on the 9th of July 2020, marking the 4, 150, 035th Proton Saga to roll off the line. This anniversary edition is limited to 1,100 units only and is made exclusively in black with yellow highlights on both the exterior and interior of the car. 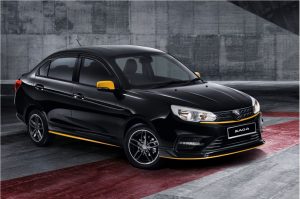 Not only that, as a thank you for supporting the series for the past 35 years, Proton also released the anniversary accessories edition with includes Front Skirting, Side Skirtings, Door Visors, Hood Insulators, Trunk Lid Cover and Boot Tray.

35 years down the line, this car has literally gone through a heap load of changes to cater the varying demands of the people. But deep down in the core of its creation, Proton Saga’s stays loyal to its concept which is to provide the most affordable car yet does not compromise on its ability and greatness. Now, lets drive down memory lane and see some of the other great Sagas’ creation that were made along the line. 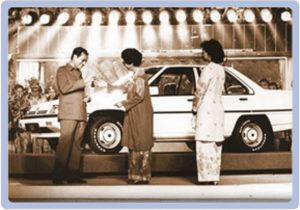 The car gets a facelift and joins the hatchback family with the Proton Saga Aeroback which was introduced in 1987 offering mild mechanical and beauty upgrades.

On the 15th of August 1992, Proton Saga Iswara was launched and another fun fact – this car was named after the great Helen butterfly of Sarawak. The Saga Iswara got major alteration in both its exterior and interior. It was also equipped with the Orion 1.3L and 1.5L engines and was the preferred choices for Malaysia’s taxis.

The Proton Saga LMST went through 3 different upgrades. In 2003, this Saga had a major transformation in its interior and exterior modifications and improvements. It featured the 1.3L 4G13 Carburettor engine and was tuned to produce 83 bhp. In late 2006, this car had another exterior upgrade and was only available in two colours – black and orange. The last upgrade came in 2007 when PROTON launched the final facelift model of the first-generation Proton Saga, the Merdeka Anniversary Edition. It was sold at a fraction of price as a symbol of PROTON’s gratitude to their customers.

Out with the old, in with the new with the second-generation Saga or also known as Proton Saga BLM. It was first designed to be available with a 1.6L CamPro engine that produced 110 horsepower. The 1.3L CamPro variant was later introduced and these two were the first models to bear PROTON’s new corporate logo.

The third generation Saga is the newer and cooler replacement to the second-generation Proton Saga. Its body is based on the FLX but the exterior and the interior has been totally re-vamped. This car is powered by the Iriz’s 1.3L VVT engine and CVT combination which has further refined for improved fuel efficiency and smoother driving experience. 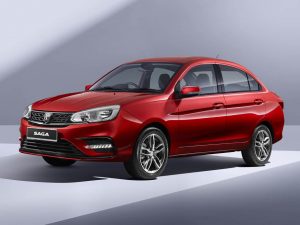 This car has certainly come a long way since the introduction of the first Saga, thirty-five years ago. The amount of improvements, enhancements and refinements that have gone into the making of these Sagas have indeed worked out well, against both the test of time and technology as well as against their valuable competitors. Seeing the ever-increasing booking volume, this car proves that it had made a lasting impression in the hearts of many and will never see an end in its journey, at least not in the near future. Check out Carsome to see how you can get your hands on a used Proton Saga today.