CBU vs CKD: Is One Better than the Other

Purchasing a new car is a big deal and it might be the right time to invest in a new ride, especially with the SST exemption that is extended till the end of June 2021. However, there are various factors to consider and it can be overwhelming due to the different specifications each brand holds. 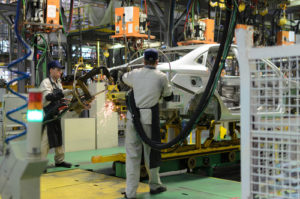 But one of the main decisions you will have to make is whether you should invest in a Completely Built Up (CBU) or Completely Knocked Down (CKD) car. Currently, under the PENJANA initiative, new CKD cars are fully exempted from the sales tax, while CBU cars get 50 percent off the sales tax.

Nevertheless, you should not make a commitment solely based on the percentage of the sales exemption. Instead, it is best to fully understand the difference between a CBU and CKD unit before making your final decision.

What is a CBU Car?

CBU cars are made in foreign countries and are imported in Malaysia as fully operating vehicles. Such imported cars usually come with heavy excise duties, which can range between 60 and 105 percent that essentially hike up the final price of the car. 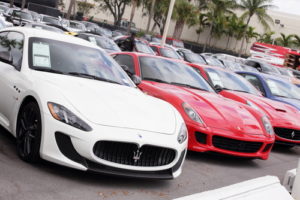 Nevertheless, thanks to a pact called the ASEAN Free Trade Area (AFTA) and the ASEAN Trade in Goods Agreement (ATIGA) between ASEAN countries, not all CBU cars are sold with a high price point.

For cars that are imported from the WTO Member Countries (like Austria, Germany, New Zealand, United States, and more), an MFN tax – a normal non-discriminatory tax is charged on imports which is 30 percent.

In summary, these are the main things to note about CBU cars:

What is a CKD Car?

CKD (Completely Knocked Down) cars, on the other hand, refer to cars that are assembled at a local manufacturing company. Usually, models that are sold in Malaysia are locally assembled and this allows them to qualify for the government’s incentives, as well as exemptions on excise duties. Basically, this means cheaper cars for Malaysians. 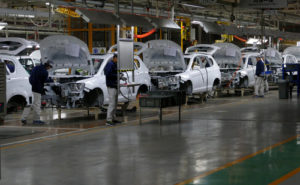 But why do CKD manufacturers get better tax incentives? It’s all about the economic benefits. In brief, to assemble a car kit that is sent from the brand’s original manufacturing country, local manufacturers would need proper machinery, space, and workers to put the (CKD) car together. This, in turn, provides more job opportunities for locals and positively contributes to the country’s economy.

When did Malaysia introduce CKD cars?

Before Malaysia achieved independence in 1957, Malaysians could only purchase imported cars (CBUs) until 1960. The local government then began paying more attention to the country’s automotive industry and by 1967, local businesses started collaborating with foreign car brands to launch the CKD industry.

With the advancement in local technology throughout the years, including the collaboration between foreign brands and locally assembled plants, Malaysia started producing its own car which we now know as our national brand, Proton.

Here are the factories that assemble cars (CKD) in Malaysia.

CBU vs CKD: Which is Better?

Malaysians have always been obsessed about where their cars are made as some may assume that fully imported vehicles (CBU) are better in quality than locally assembled cars (CKD).

However, we now understand that the main differences are merely in the price point – both CKD and CBU cars are on par in terms of quality because they are assembled to meet the strict global manufacturing standards and subject to strict quality checks, whether locally or overseas. 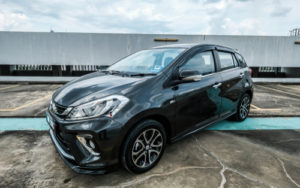 Here’s a quick fun fact – Malaysian assembled cars (CKD) are also being exported to other foreign countries such as:

Since CKD cars qualify for government incentives and tax reliefs, some locally assembled cars are more affordable than the imported units. For example, the Mercedes-AMG C 43 sedan, when it was first introduced as an imported unit, was priced at RM499,888. But now that it is locally assembled at Mercedes-Benz Malaysia’s plant in Pekan, the price is RM421, 888 – generating a large difference of RM 78,000 in price.

One beneficial factor of CKD models is the availability of spare parts – these parts are readily available as the center is able to source it from local vendors who supply these manufacturing companies.

In some cases, the parts used in CKD cars may actually be better than CBU ones. Locally-assembled BMWs, for example, have a different cooling system and rubber components compared to imported or reconditioned models. Also, these local cars benefit from different ‘hot climate package’ specifications components which cater to Malaysia’s driving conditions.

So, the next time you buy a car, the “made in” title should not be your deciding factor. No matter if it is CKD or CBU, neither is better than the other. It all boils down to the model of the car that you want. Just remember, with a CKD car, you will end up saving more.