Deprecated: Function Elementor\Widgets_Manager::register_widget_type is deprecated since version 3.5.0! Use register instead. in /www/newsmalaysia_263/public/wp-includes/functions.php on line 5383
 5 Reasons Why The Volvo S60 T6 Stands Out From The Rest - Carsome Malaysia Skip to content 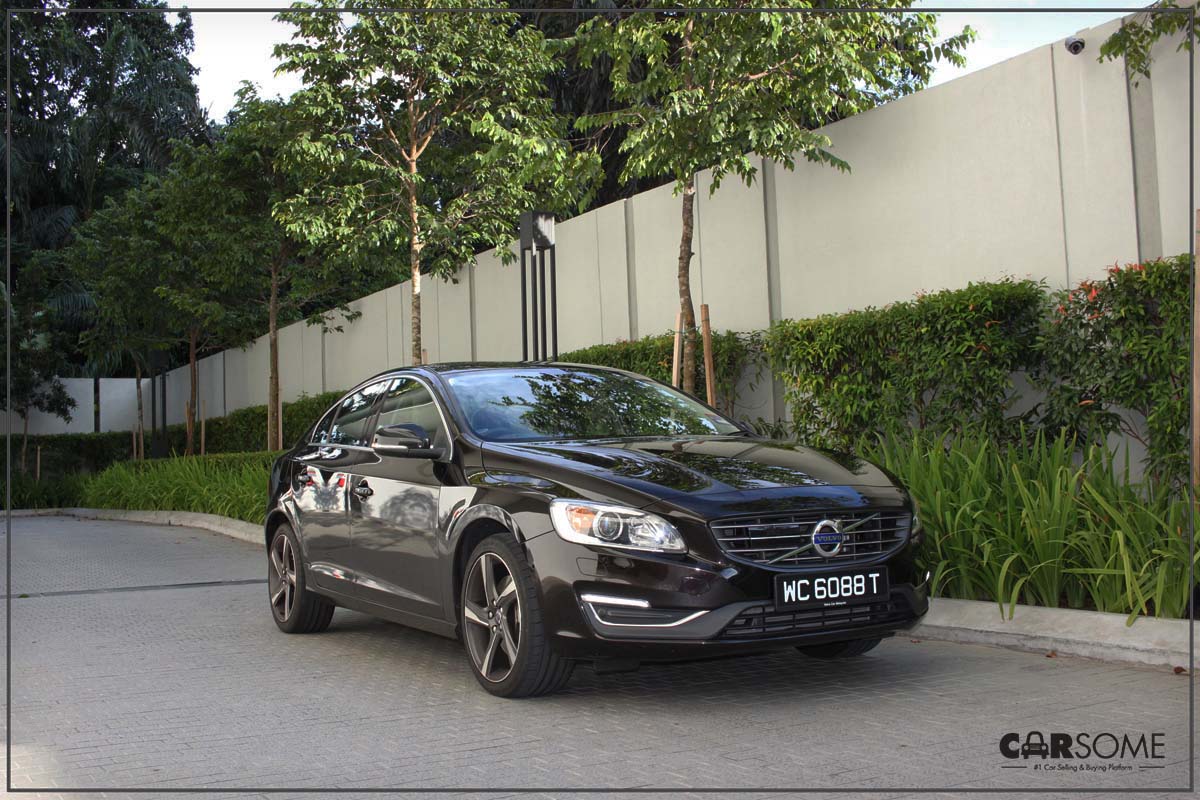 We think that for the past decade, Volvo has been working behind the scenes to roll out some of the more interesting cars of the new millennium. This has provided consumers an opportunity to look for something different on four wheels. While many who grew up in the 1970s and 80s remember Volvo’s as angular and boxy (from their 200, 700 and 900 series), their growing portfolio of future-driven vehicles today is testament to the brand’s return to the spotlight for design, safety and performance. 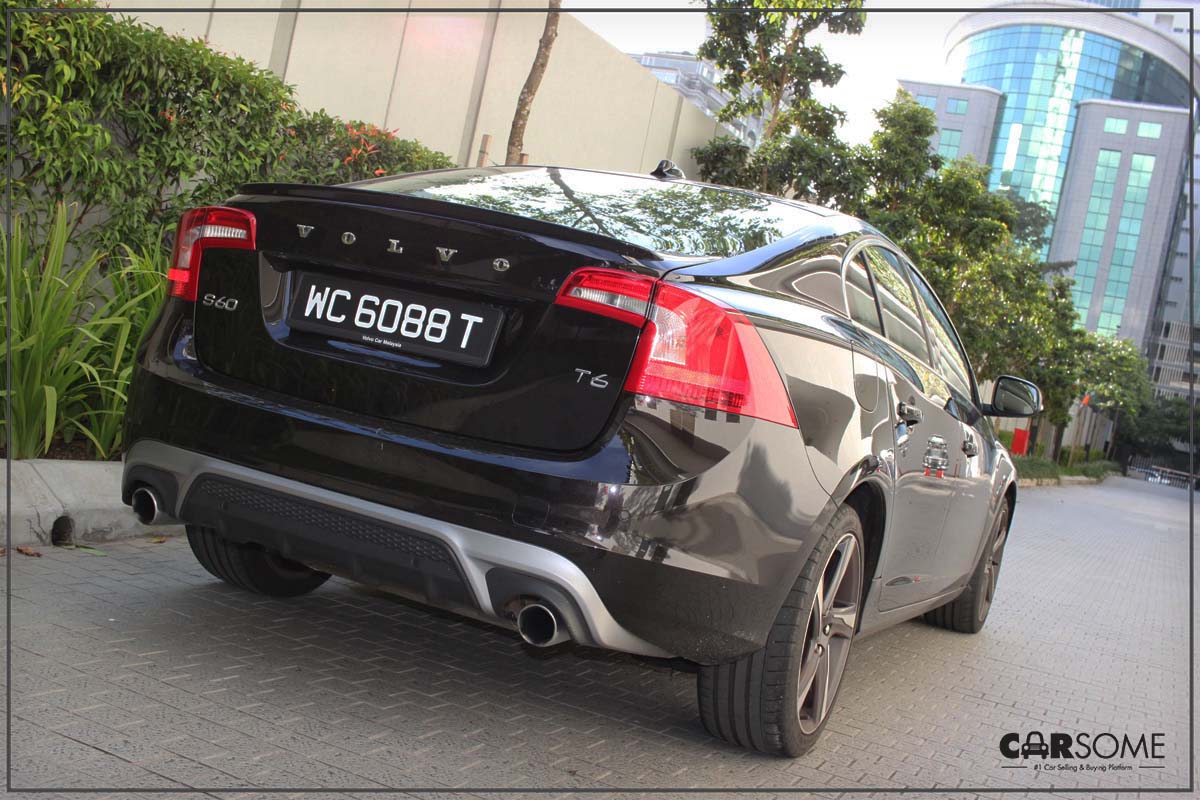 In this article’s focus, we take an in depth look into the current facelifted S60 T6 which was unveiled to the local market last year. What are the differences and how has it improved from the second generation S60 when it was launched here in 2011? We list down the five most interesting points of the new S60.

It Features the T6 Drive-E Engine 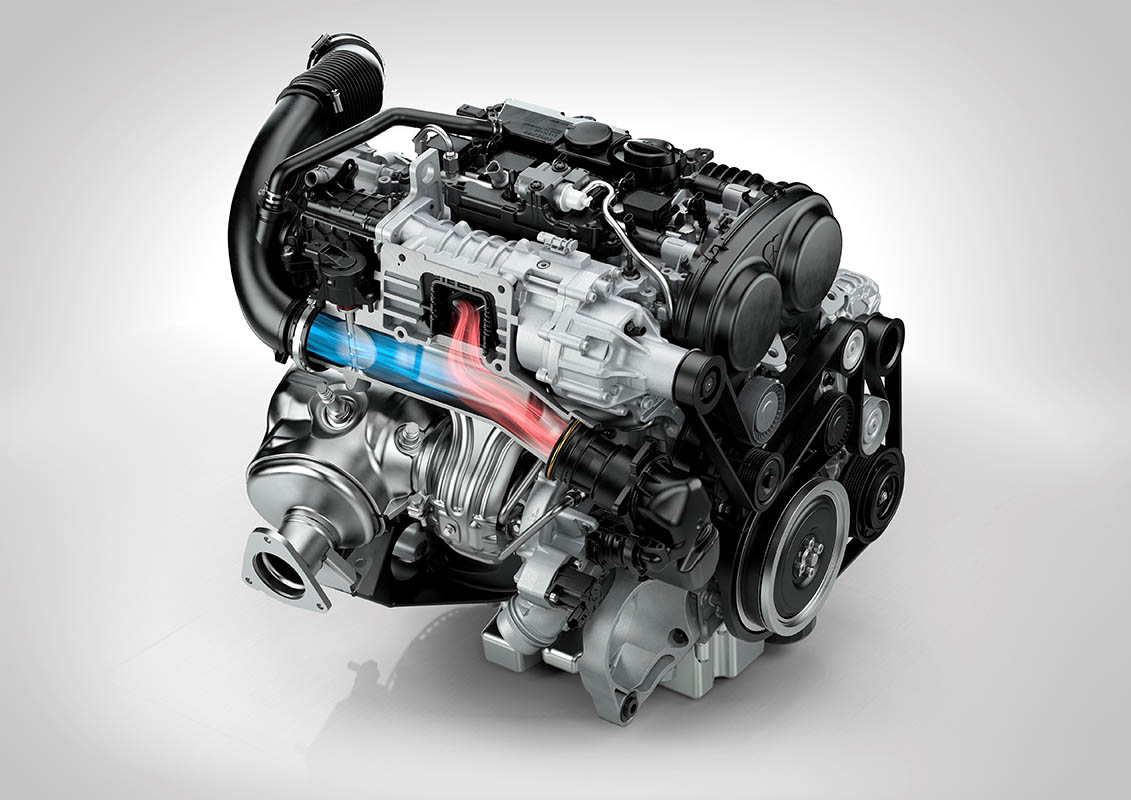 Uncle Ben was right when he told us about great power and great responsibility.

What is the Drive-E engine? Well to cater to the combination of power and fuel economy, Volvo’s solution to this is the brand’s Drive-E engines that begin with a 2.0-litre four-cylinder engine that becomes a T5 with turbocharging. For the T6, Volvo adds on a supercharger on top of the existing turbocharger for even more performance. For the current line-up of vehicles? The T5 engines produce 240 hp and the T6, a menacing 302 hp. On the company’s latest XC90 SUV, the T6 is uprated to 316 hp.

But how does it feel on the S60? The torque comes in early at 2,100 rpm, but with the amount of power available, it makes the 1,649 kerb weight S60 T6 achieve a 5.9-second century sprint time. Let’s just say that you don’t need your foot down at the accelerator to feel the full power of the car.

Here the themes of the digital instrument display of Elegance, Performance and Eco. 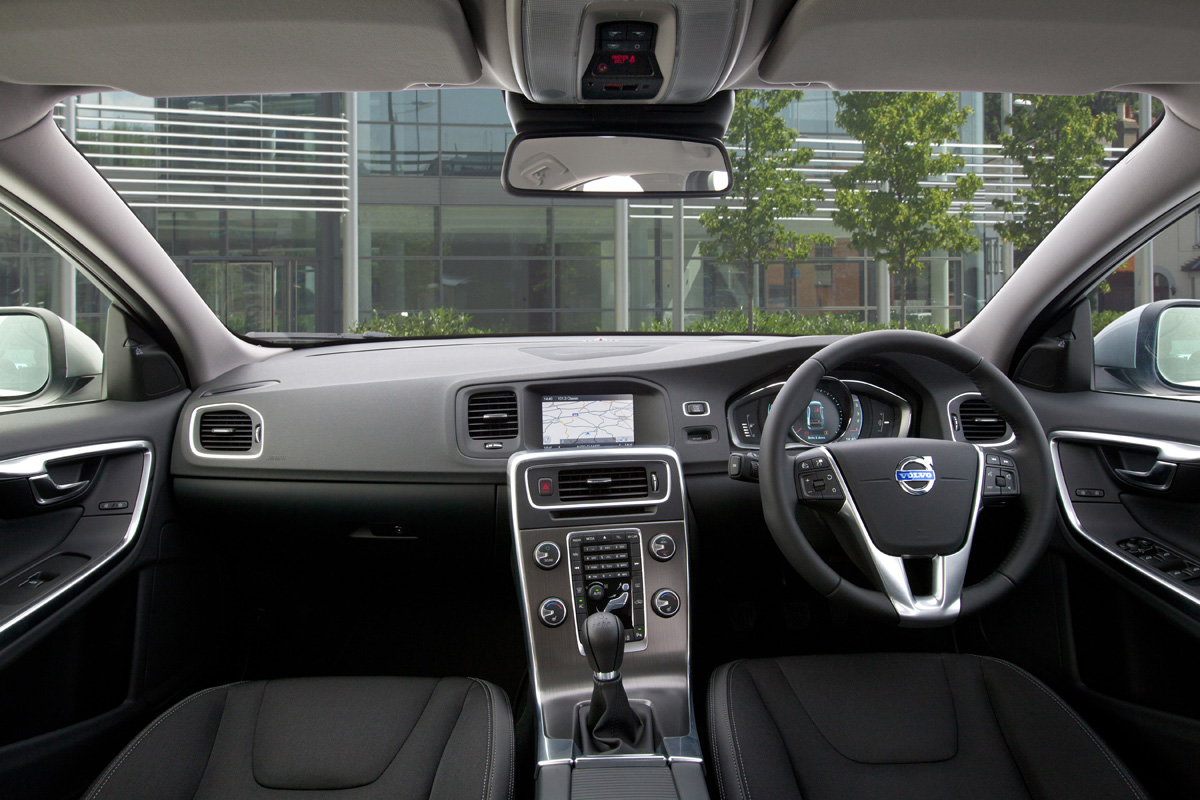 Here’s an interesting thing you won’t find on most cars. The digital instrument display panel has themes of Elegance, Performance and Eco that changes the look and feel of the digital gauge and indicators. While all themes feature a vertical tachometre gauge, Elegance and Performance comes paired with a temperature gauge, Eco features an Eco Guide of an instantaneous and average value of fuel economy, and a Power Guide that provides an indication of available and utilised engine power with the Performance theme. 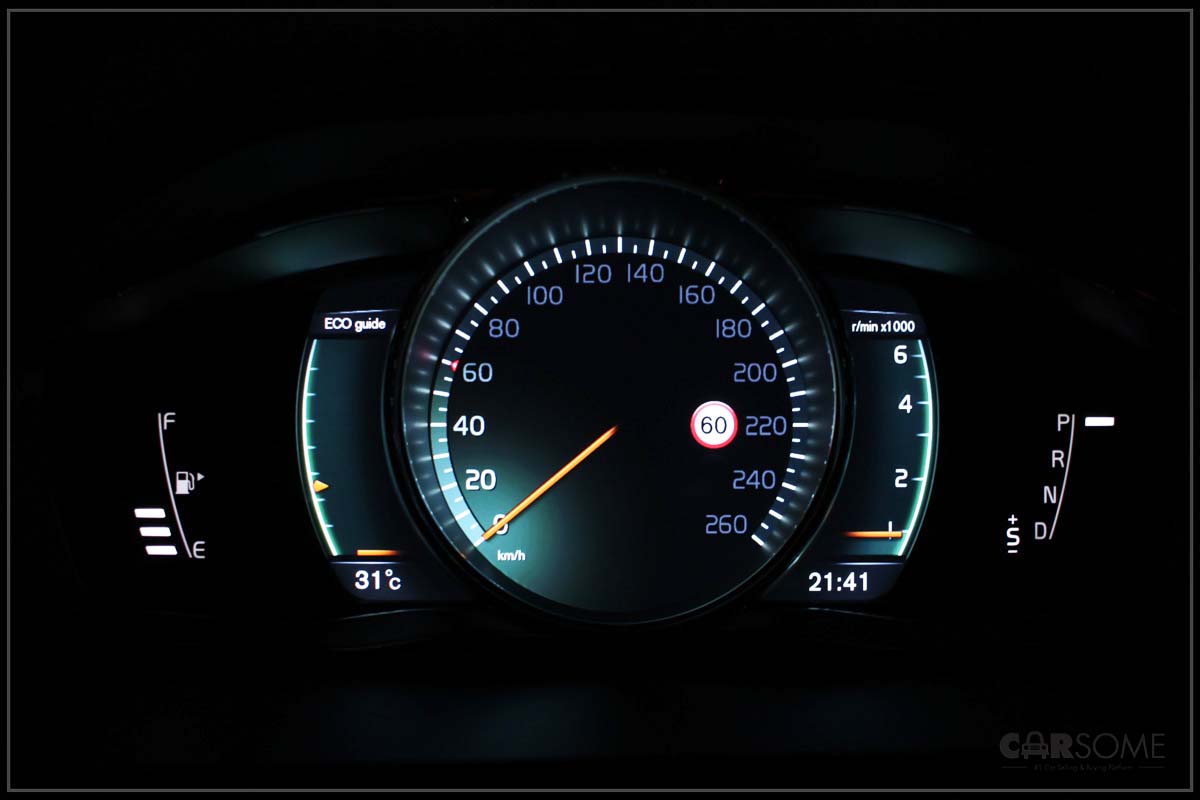 Most interesting of these is the intelligent camera system called Road Sign Information that detects the road speed signs and displays it through the central speedometer until the next speed limit appears. This allows the driver to have a glance at the current speed limit at any time. 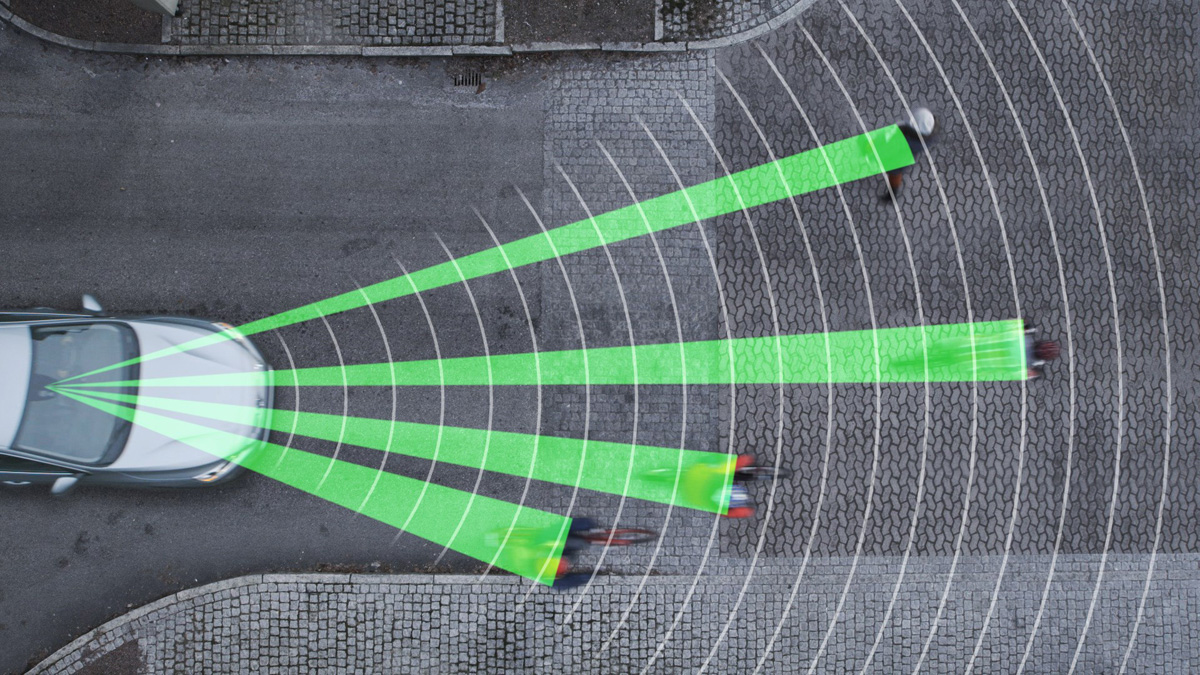 The radar system that has pedestrian and cyclist detection with full auto brake.

So Volvo’s today are packed with sensors and features that aim to prevent or actively intervene should a collision be imminent. But more than that, the brand have also included interesting tech that assist the driver. Most prominently is the Adaptive Cruise Control, Lane Keeping Aid and Park Assist. The first two uses the radar and camera system to detect the distance between the vehicle ahead, as well as to keep the car within the road lines. The latter most uses the sensors on the exterior to provide semi-autonomous parking within a spot. 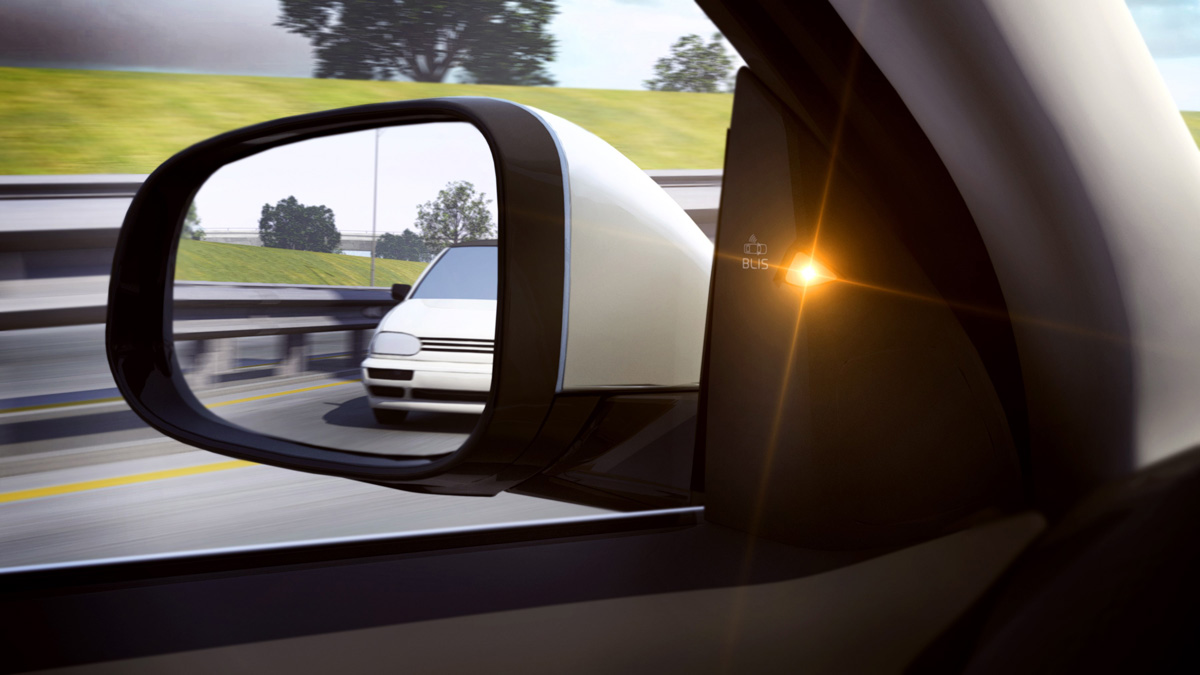 There is a difference between active and passive safety systems, and although the S60 features a host of both, the current facelifted S60’s systems aren’t as audible and visual as it was in the pre-facelifted model. But of course some of the warnings can be switched off if the driver finds it distracting.

If you’ve been living under a bunker for years, Volvo is known for its innovative safety systems, including the invention of the three-point safety belt, side impact and whiplash protection, blind spot information, city safety, and pedestrian detection with full auto brake amongst others.

It’s the Best Value Sedan for Features and Performance 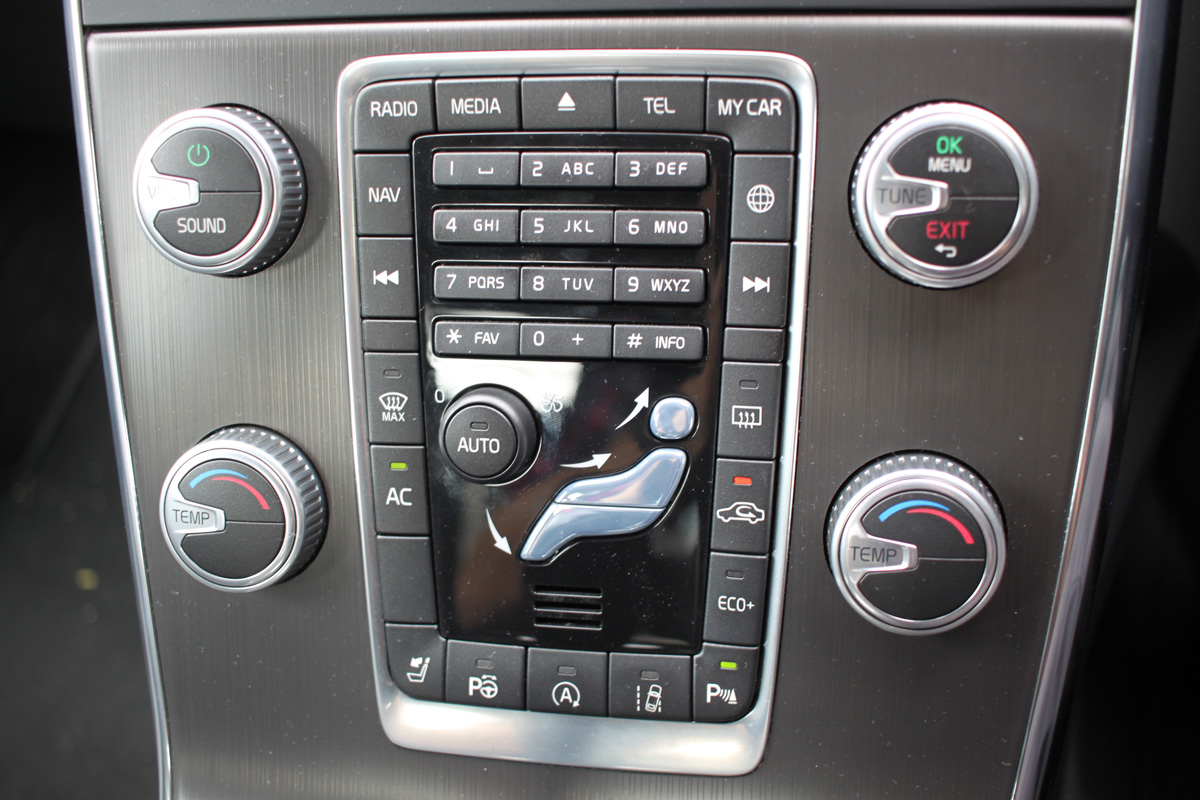 Here the company’s outgoing floating centre still features a numberpad for connectivity with mobile phones and the preset buttons for Park Assist, Auto Start Stop and Lane Keeping Aid amongst others.

At RM238,888 without insurance, the S60 T6 trumps almost everything else in the current market segment for a sedan with 306 hp. Not only is it fast, its feature packed safety systems and unique styling sets it apart from other continental marques. But is it without flaws? Of course not. Its ageing interior design that features the sleek floating console is certainly due for a refresh on the next generation, but it is by no means unattractive. The S60 still exudes its Scandinavian appeal of minimalism and clean lines that the brand is known for.

What do you think? Share with us your thoughts in the comments.

Have you checked out Volvo’s recently launched S90 and V90 estate? Click here to read our launch coverage!

We also had the opportunity to speak with Jonathan Disley, VP of Design for Volvo Cars China. Click here for the interview.