Worried about Depreciation? Here Are the Cars with the Best Resale Value in Malaysia

As a general rule, a new car loses approximately 20 percent of its value in the first year and 15 percent every subsequent year until the fifth year. After 10 years, a car can generally sell for 10 percent of its original value. However, the resale value of a used car depends on various factors including its popularity, reliability, and maintenance cost, so the depreciation rate can vary from car to car.

To help you decide on your next car, we’ve compiled the top five pre-owned cars with the best resale value in Malaysia after five years. Do note that the prices listed are estimated based on average resale prices in the current market. 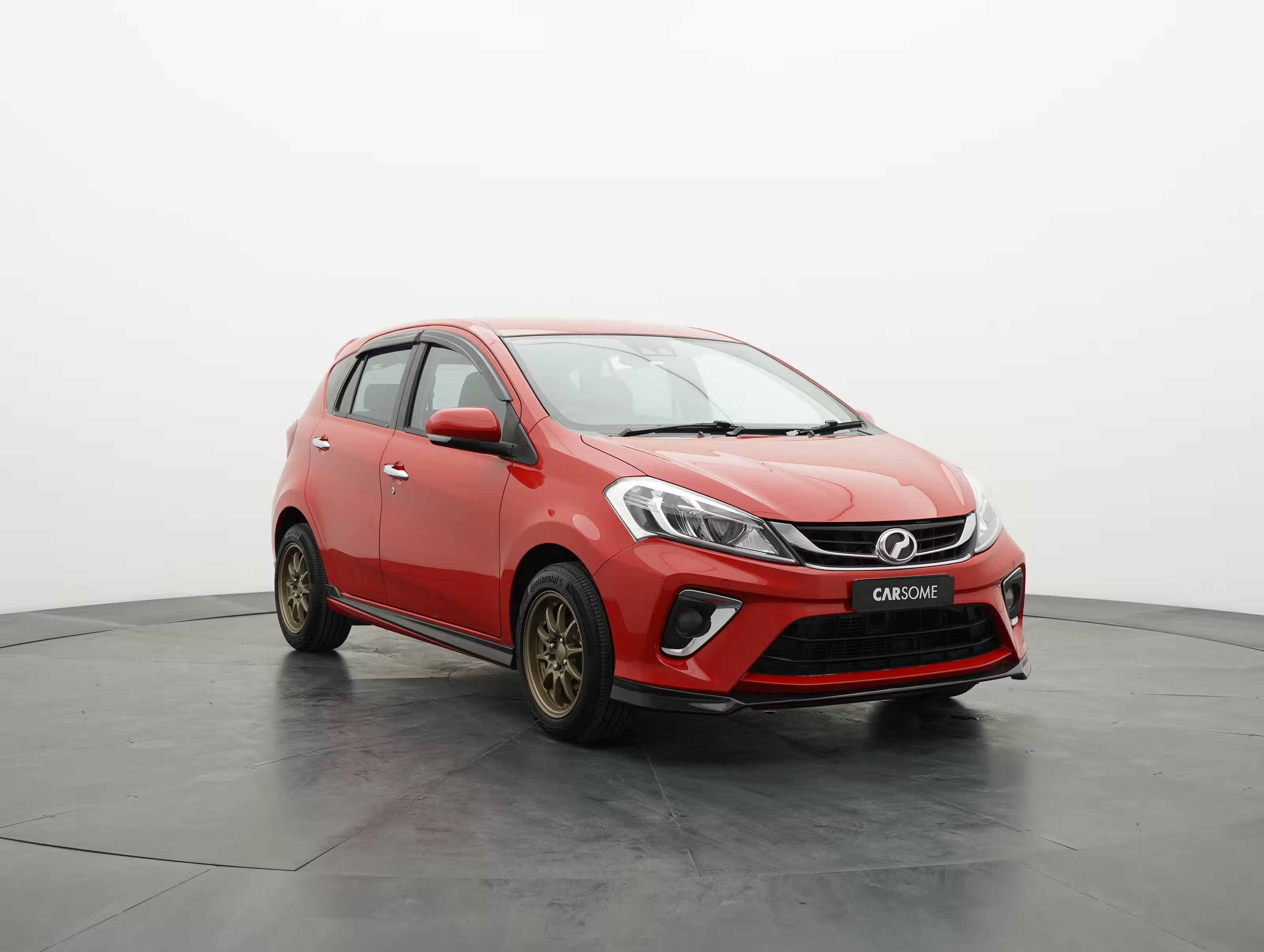 The Perodua Myvi has consistently been the best-selling car in Malaysia since it was launched. Besides its practicality, affordability, and low maintenance cost, the Myvi has the best resale value compared to other cars in Malaysia.

The third-generation Myvi launched in 2017 and introduced a host of modern safety features including Perodua’s Advanced Safety Assist (A.S.A) suite which was a first for a car at this price point. The range-topping 2017 Perodua Myvi Advance has a 1.5-liter engine, leather interior, and the most extensive safety suite in the lineup. It retails for RM55,300 when it was newly launched. 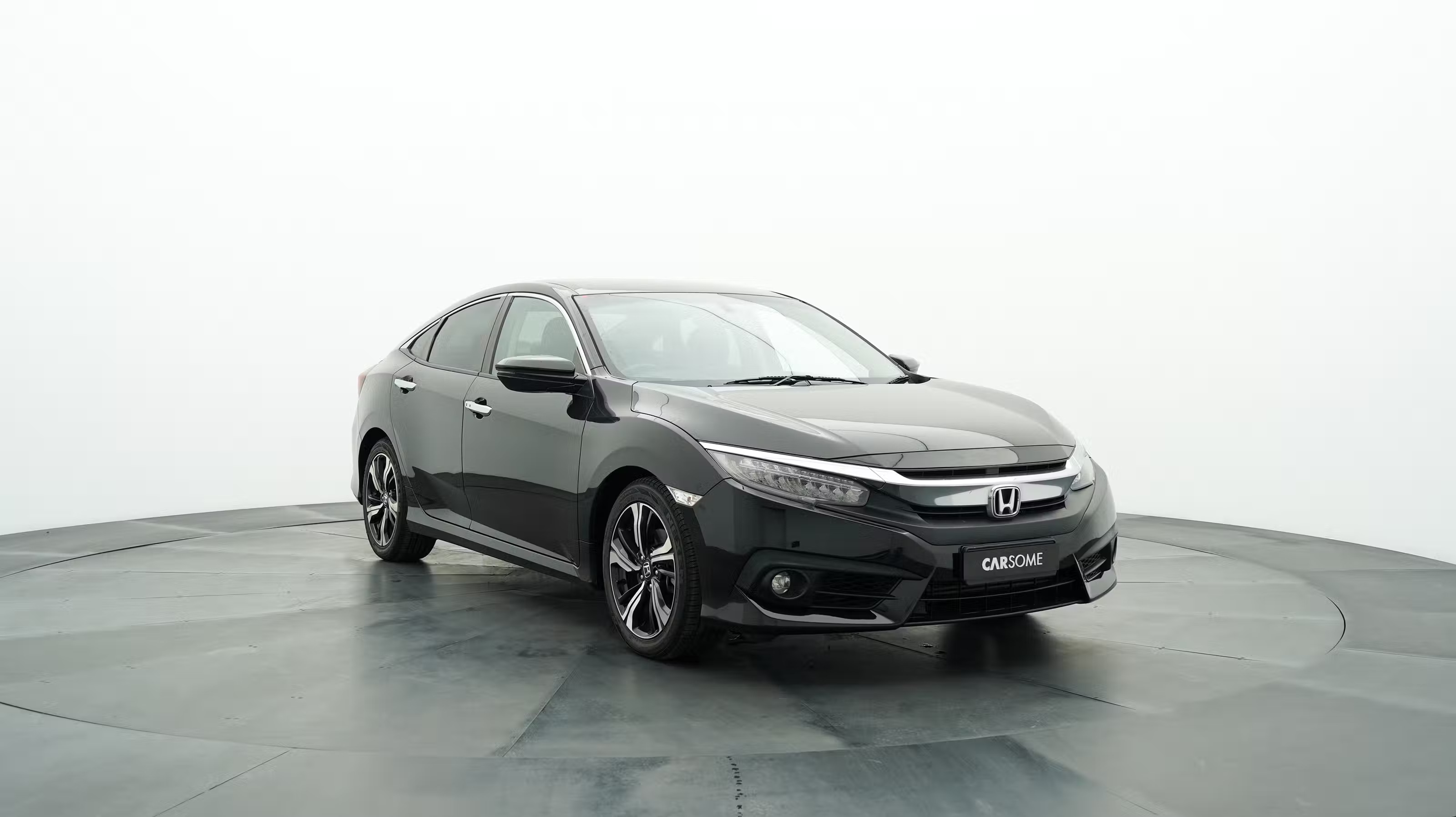 The Honda Civic is another car that enjoys a high resale value in Malaysia. After all, it’s one of the most popular C-segment vehicles both among car enthusiasts and the average driver. The tenth-generation FC Honda Civic was launched in 2016 and features various improvements including an aggressive fastback silhouette and a new 1.5-liter turbocharged engine.

Other notable features on the Civic include a large, 519-liter boot, dual-zone automatic air conditioning, an improved continuously variable transmission (CVT), and paddle shifters. The range-topping turbocharged Civic 1.5 TC-P produces 173 PS of power and 220 Nm of torque. Priced at RM 131,833 new in 2017, this car still maintains one of the best resale values in Malaysia.

Read More: How to Improve Your Car’s Market Value 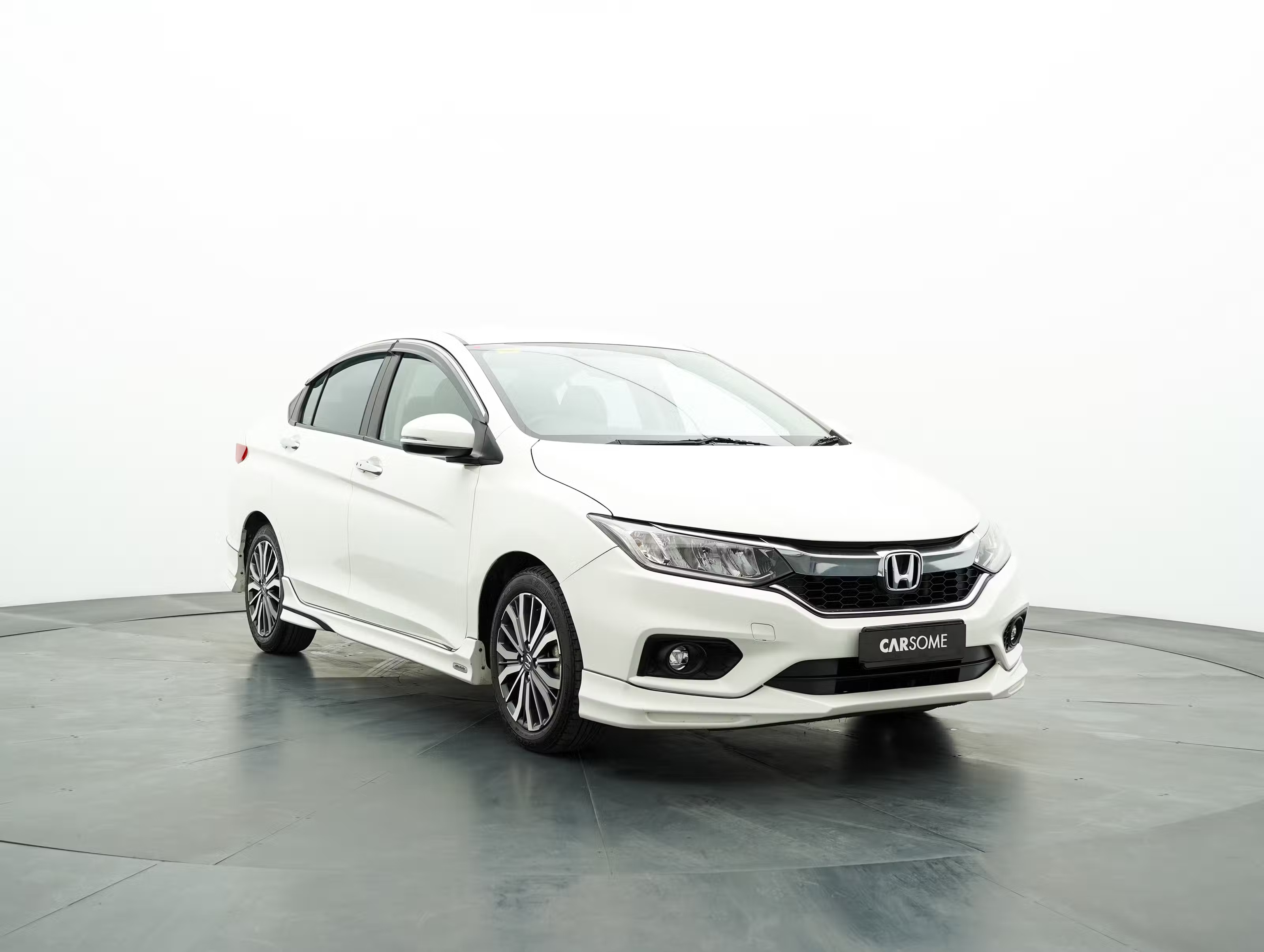 There is a reason why the Honda City is one of the best-selling foreign cars in Malaysia. This B-segment sedan offers modern styling, a spacious interior, and good performance in an affordable package. That’s why it also enjoys a good resale value and high demand on the secondary market. The sixth-generation Honda City was launched in 2014 and received a facelift in 2017 with upgraded styling and features.

Powered by a 1.5-liter i-VTEC engine producing 120 PS of power and 145 Nm of torque, it also has hill-start assist, electronic stability control, and emergency stop signal as standard. The range-topping City 1.5 V was priced at RM92,000 new in 2017 and has six airbags, full LED lighting, and an impressive eight-speaker setup. Thanks to its modern styling and extensive features, the Honda City takes the top spot as the non-national B-segment car with the best resale value in Malaysia. 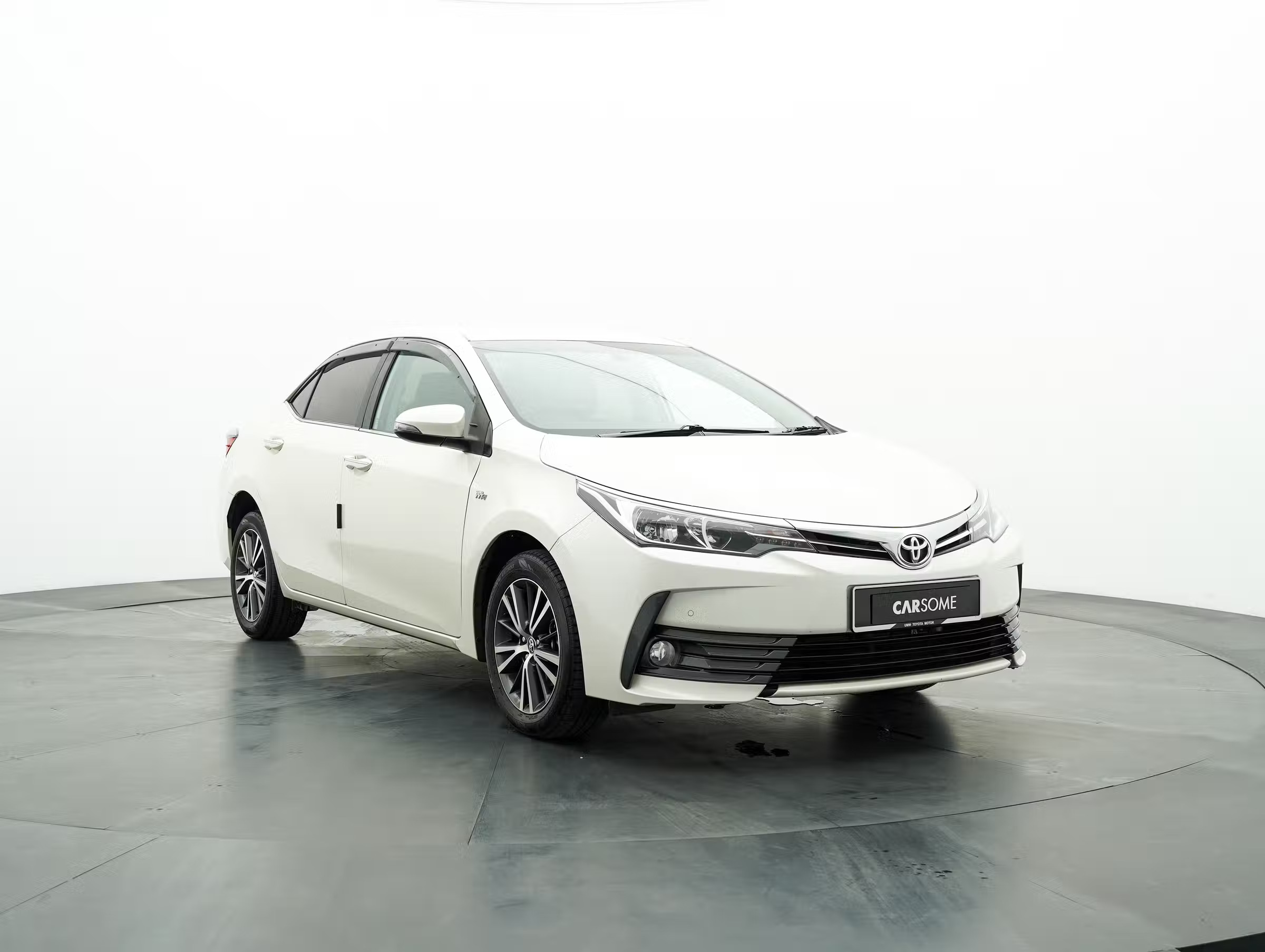 The 11th generation Toyota Corolla Altis sedan that was launched in Malaysia back in 2014 received a facelift for 2017 which included several upgrades. Besides the iconic Toyota reliability, the 2017 model introduced seven airbags and Vehicle Stability Control (VSC) as standard across the range.

The top-spec Corolla Altis 2.0 V is powered by a 2.0-liter engine with 143 PS of power and 187 Nm of torque mated to a seven-speed CVT. It also has LED projector headlamps with DRLs, a seven-inch touchscreen head unit with DVD and Smartphone link, cruise control, and push-start ignition. It was originally priced at RM134,865 in 2017. However, it can now be had for less than RM100,000 making it a second-hand car with excellent resale value.

Read More: How to Know When It’s Time to Sell Your Car 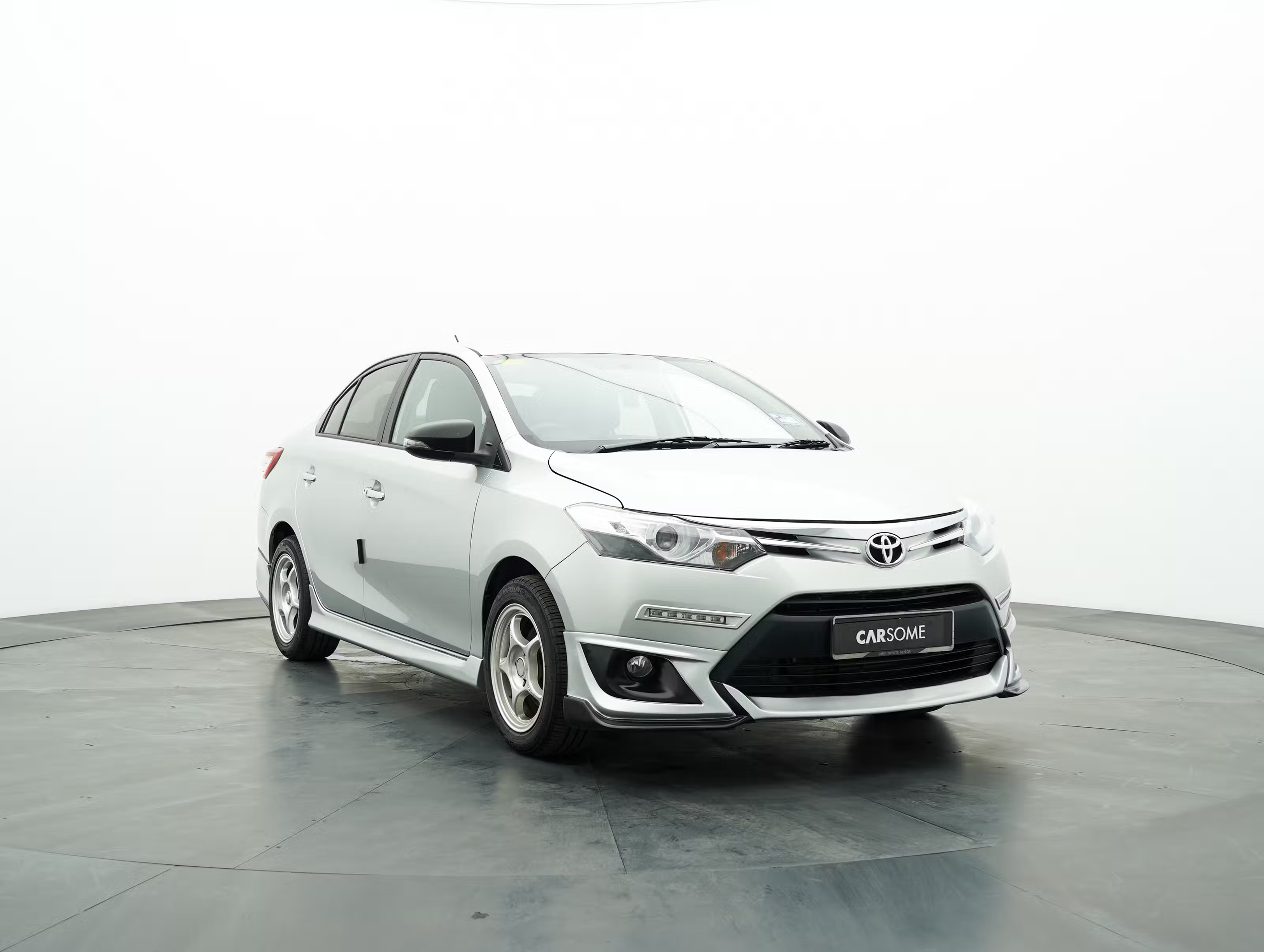 As a close competitor of the Honda City, the Toyota Vios is another affordable B-segment sedan. Launched all the way back in 2013, this Vios received some updates in 2015 that included keyless entry and push start, a black leather interior, and door scuff plates. Although it’s not as well equipped as the 2017 facelifted Honda City, the Vios was priced from RM74,154 for the base manual J variant to RM93,530 for the TRD Sportivo variant.

The Vios is powered by the trusty 1NZ-FE 1.5-liter engine producing 109 PS of power and 141 Nm of torque. The most popular G variant is priced at RM 87,096 new and has blue front footwell illumination, security and solar tint film, an upgraded 6.1 touchscreen infotainment system, and a reverse camera. If you’re looking for a reliable car with good resale value, you can’t go wrong with the Toyota Vios.

What Determines Your Car’s Resale Value

Your car model might have the best resale value in Malaysia, but that doesn’t guarantee you can sell it at the price you want. After all, its price also heavily depends on the car’s condition, among other things. Here are the four main factors that affect your car’s resale value.

There you have it, our top pre-owned cars with the best resale value in Malaysia. If you’re looking to sell your car or check your value, you can use our car price estimator.

Sell Your Car Easily with CARSOME

Selling your pre-owned car through CARSOME is not only convenient but you can expect honest prices too. Here is how to sell your car with us:

Whether you’re looking to buy a pre-owned car or sell your own, check out CARSOME today. We promise a hassle-free experience and competitive prices!

First published on 5 November 2019, updated on 6 May 2022 to reflect the latest information.