Best Second Hand Car For Sale in Malaysia under RM60K in 2022!

For university students or fresh graduates, getting your first car can be an exciting journey. Whether it’s a brand new or a second-hand car, the number of options out there can be daunting and time-consuming to choose from. There is no harm in opting for a used car if you have budget constraints. However, selecting used cars is an extra hassle for maintenance and spare parts, especially for older models. If you’re still stuck on making the decision, here are some of the best-used cars in Malaysia.

King of the Road – Myvi 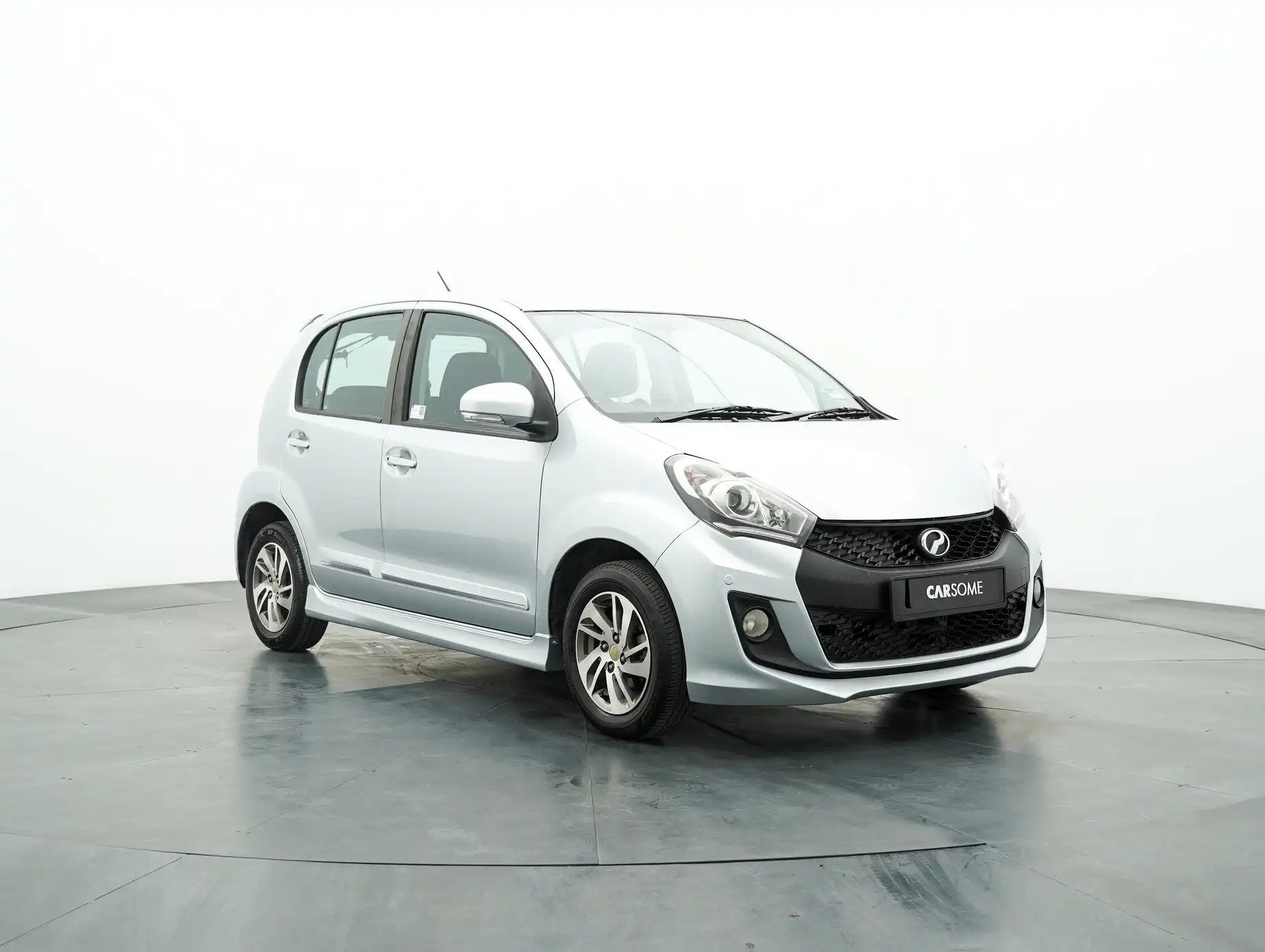 Myvi’s are no-brainers when it comes to their ownership; they are reputable for their cost, performance, and reliability. Perodua found their golden goose when they first introduced this four-door hatchback in 2005. The rebadged Daihatsu Boon has proven to be successful on Malaysian shores and proven to be the best-selling car up until 2021! It’s no surprise that the titular hatchback has still remained in high demand due to its reliability factor as one of the best second-hand cars for sale in Malaysia.

Currently, the 2005 to 2015 Perodua Myvi can be had with a 1.3L or a larger 1.5L four-cylinder engine, mated to a five-speed manual if you like to row your gears or a bog-standard 4-speed automatic. Fuel efficiency in the Myvi has been reported at 4.7L/100km as reported by Wapcar. Aftermarket-wise, you don’t need to sweat it out as it’s easily sourced locally or can be had as overnight parts from Japan, made by Daihatsu for the Boon model.

Read More: Before You Buy a Used Perodua Myvi, Check These 5 Things 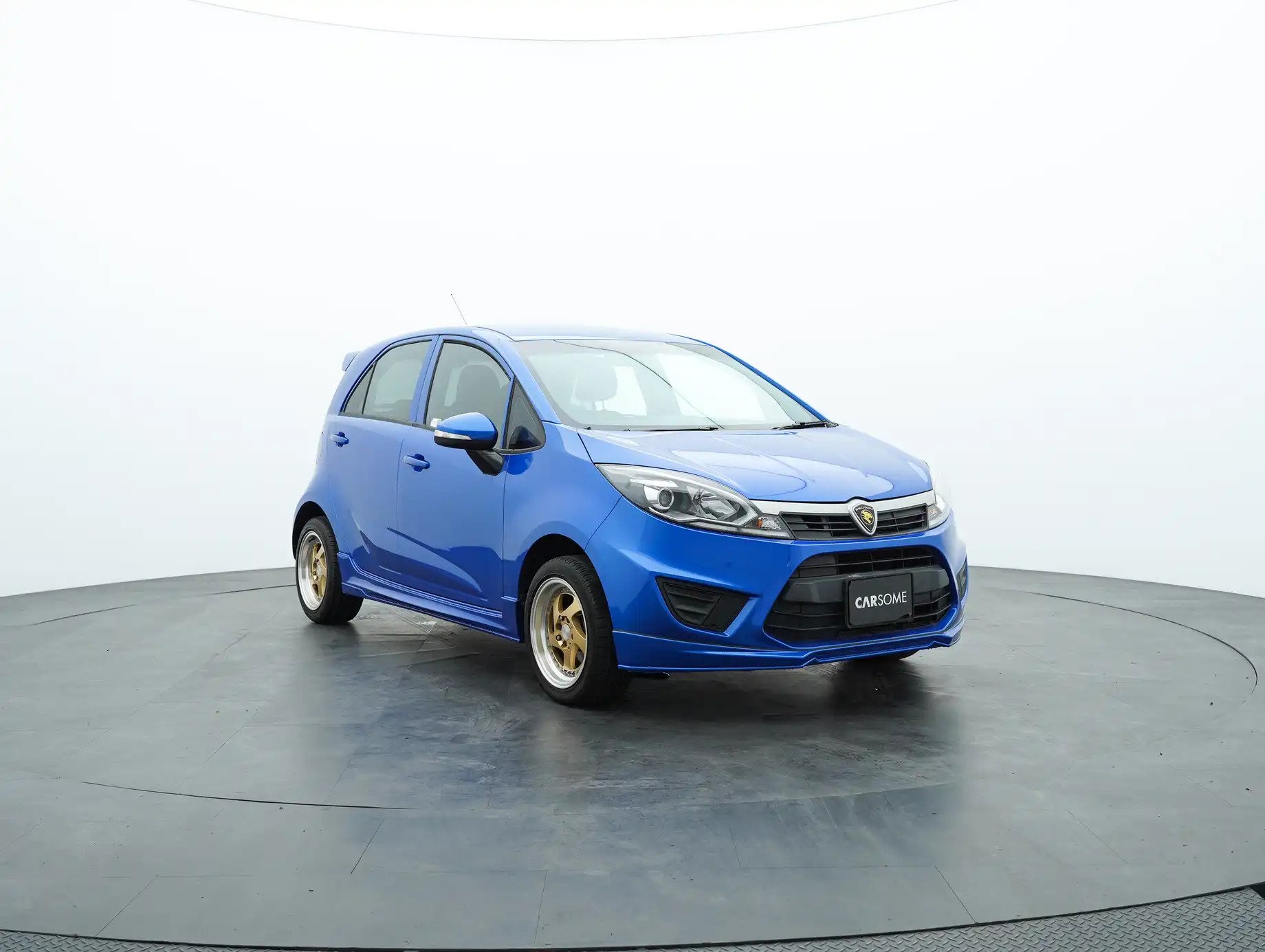 Arguably Proton’s answer to the Perodua Myvi, the Iriz also gets a decent amount of spotlight as our local heroes. This five-seater hatchback may have fallen short in comparison to the Perodua Myvi despite speculations that it could be the Mvyi-killer. Years after release, the Iriz still somehow could not keep up with Perodua’s golden goose in the B-segment market. Yet that still did not deter some people from owning them. Nonetheless, the Iriz has built itself as a popular platform for rallying on the global stage by a UK Motorsports team.

The Iriz can be had in two engines – a 1.3L and a 1.6L four-cylinder engine. Transmission-wise, you can have this hatchback with a CVT or a 5-Speed Manual sending its power to the front wheels. For just under RM40k, the Iriz offers a much more comfortable and luxurious feel than the Myvi.

Read More: Here’s all you need to know about the latest 2019 Proton Iriz and Persona facelift

Plain, but gets the Job Done – Perodua Bezza 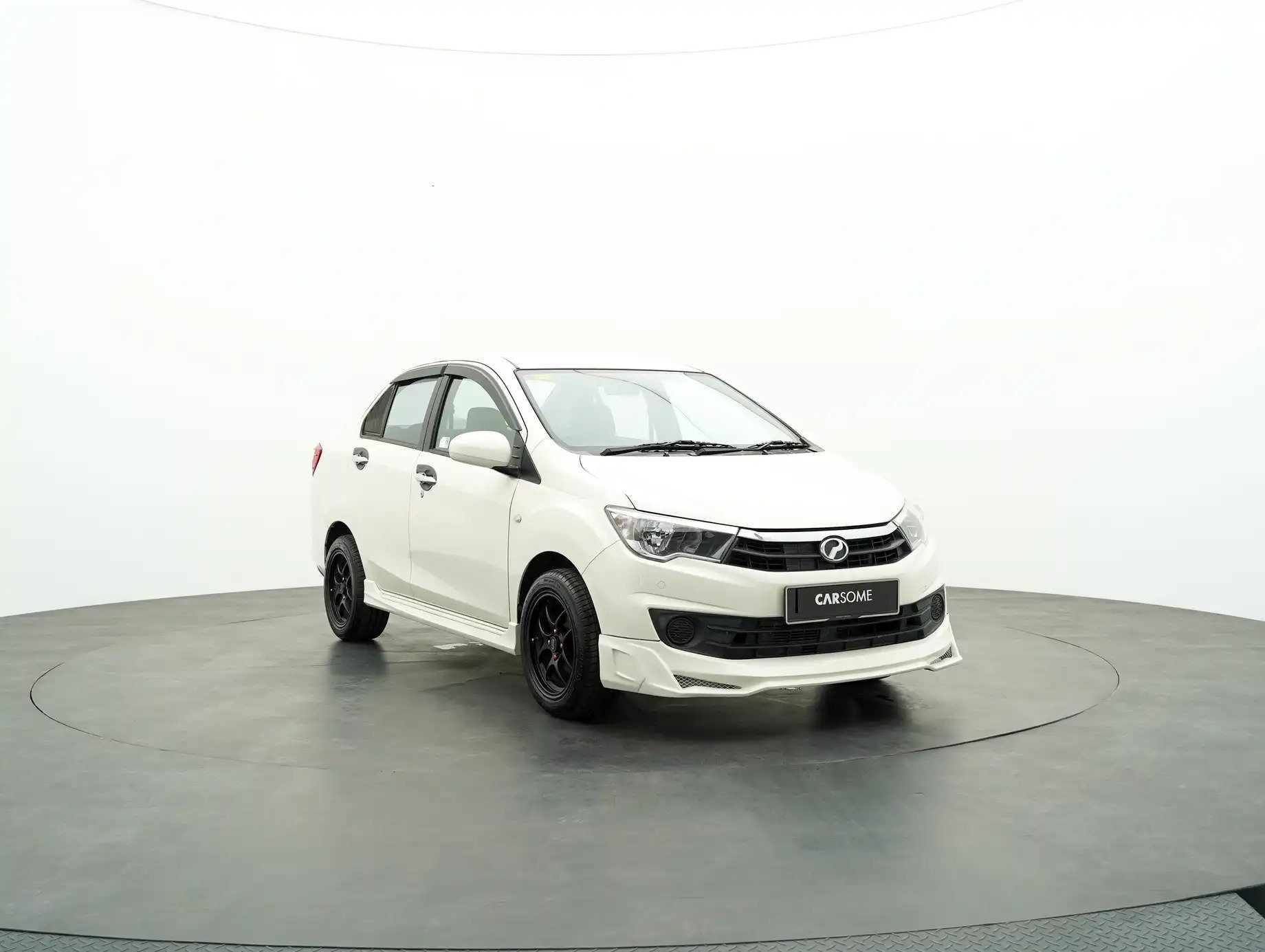 Based on the Axia platform, Perodua designed the Bezza under Daihatsu’s consultation with fuel efficiency in mind. The Bezza is also Perodua’s first model to have stop-start engine idling and regenerative braking. In addition, it was also Perodua’s first in-house designed vehicle. Upon launch, the Bezza can be had in three models – Standard G, Premium X, and Advance. Reviews have been stellar on Bezza’s performance, practicality, and cheaper price tag compared to its hatchback cousin, the Myvi.

Given the Bezza is designed to be cheap and affordable in mind, Perodua gave the Bezza a small 1.0L, three-cylinder engine and a 1.3L four-cylinder engine, mated with a five-speed manual or a bog-standard four-speed automatic transmission.
Shop Now: Used Perodua Bezza for Sale 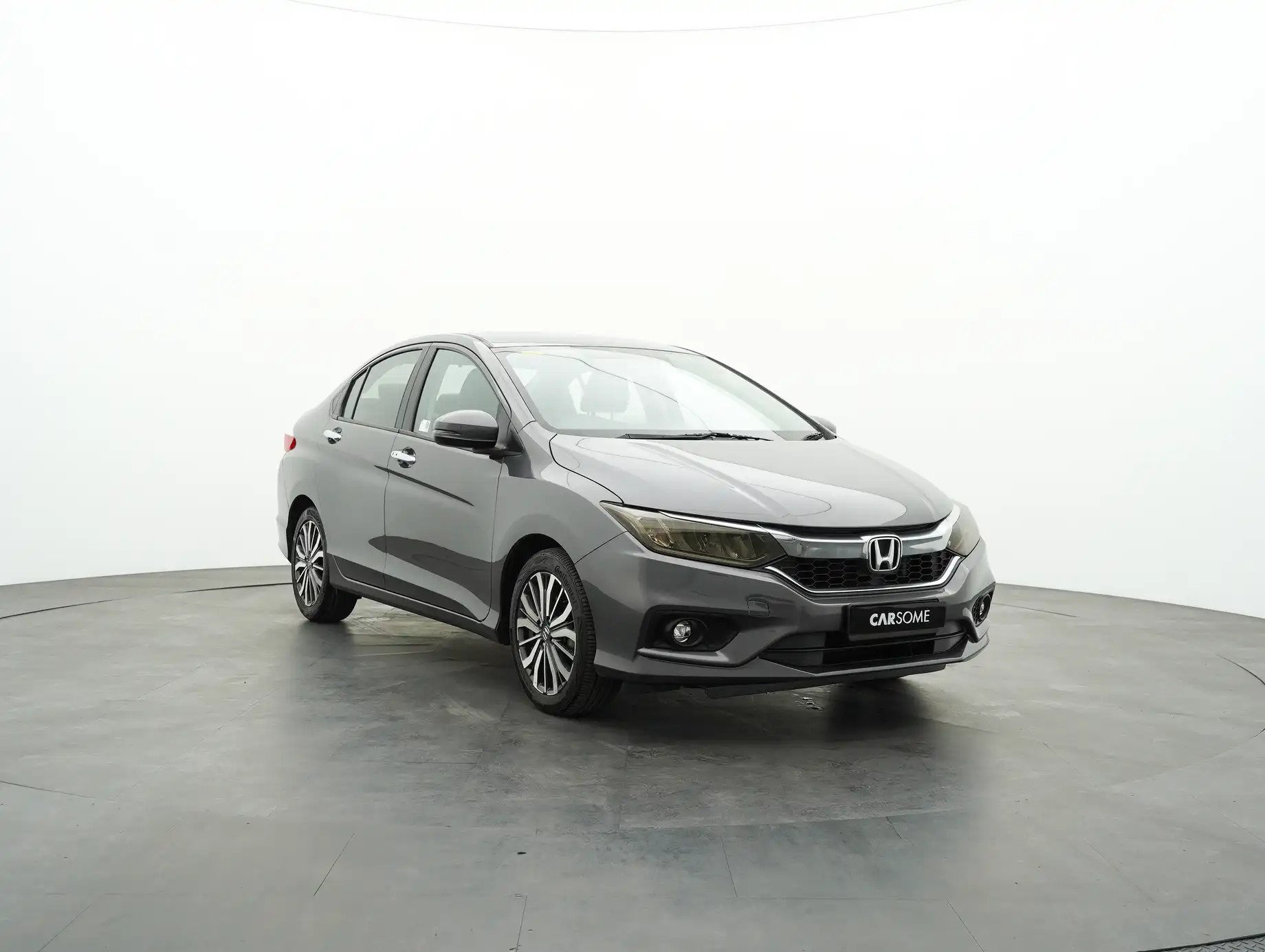 As is in their slogan, Honda makes dream machines for all ranges. If the brand new Civic is out of reach, you can still settle down for a used Honda City. The fourth generation Honda City still bags a bargain among the used car market due to its six-airbag safety system installed.

Besides that, the post-facelift models come with keyless entry, push-button start, reverse sensors, auto-retractable folding side mirrors with indicators, and a multi-info display. They still remained a favorite even years after Honda stopped selling them.

The fourth generation Honda City has more trim levels available. It starts off with a 1.3L and a 1.5L four-cylinder i-DSI engine. The range-topping and most desirable model can be had with a 1.5L i-Vtec four-cylinder engine, which is highly sought after by car enthusiasts for modification. Commonly, it comes with a CVT transmission. A five-speed transmission is offered but it’s relatively rare. 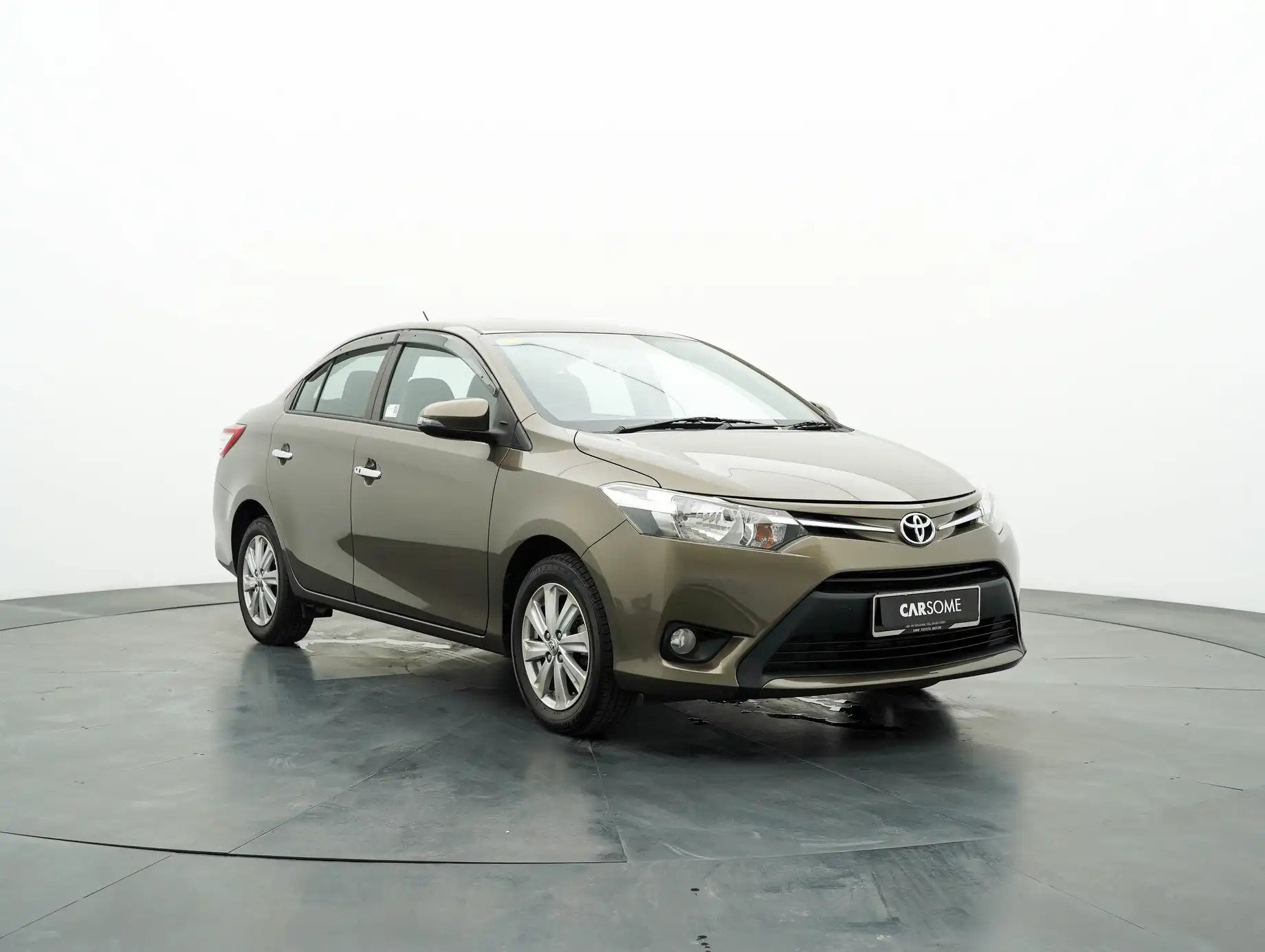 Toyota has been hailed as the king of reliability for good reason. Have you heard of a Toyota car breaking down before? Even in later generations, Toyota still carries on with its core philosophy of making cars reliable for the next 10 to 20 years as quoted by Scotty Kilmer. The 2013 to 2015 used Toyota Vios still holds a great bargain for a premium compact sedan at a good price. Parts are easier to get, cheap maintenance and a reputable brand for reliability make it a car enthusiast’s favorite.

The 2015 model is powered by a 1.5L, four-cylinder VVT-i engine. It can be had with a four-speed automatic or a five-speed manual transmission. Compared to the second generation, Toyota claims there is a 5% improvement in fuel consumption in the engine along with several passenger-oriented upgrades. 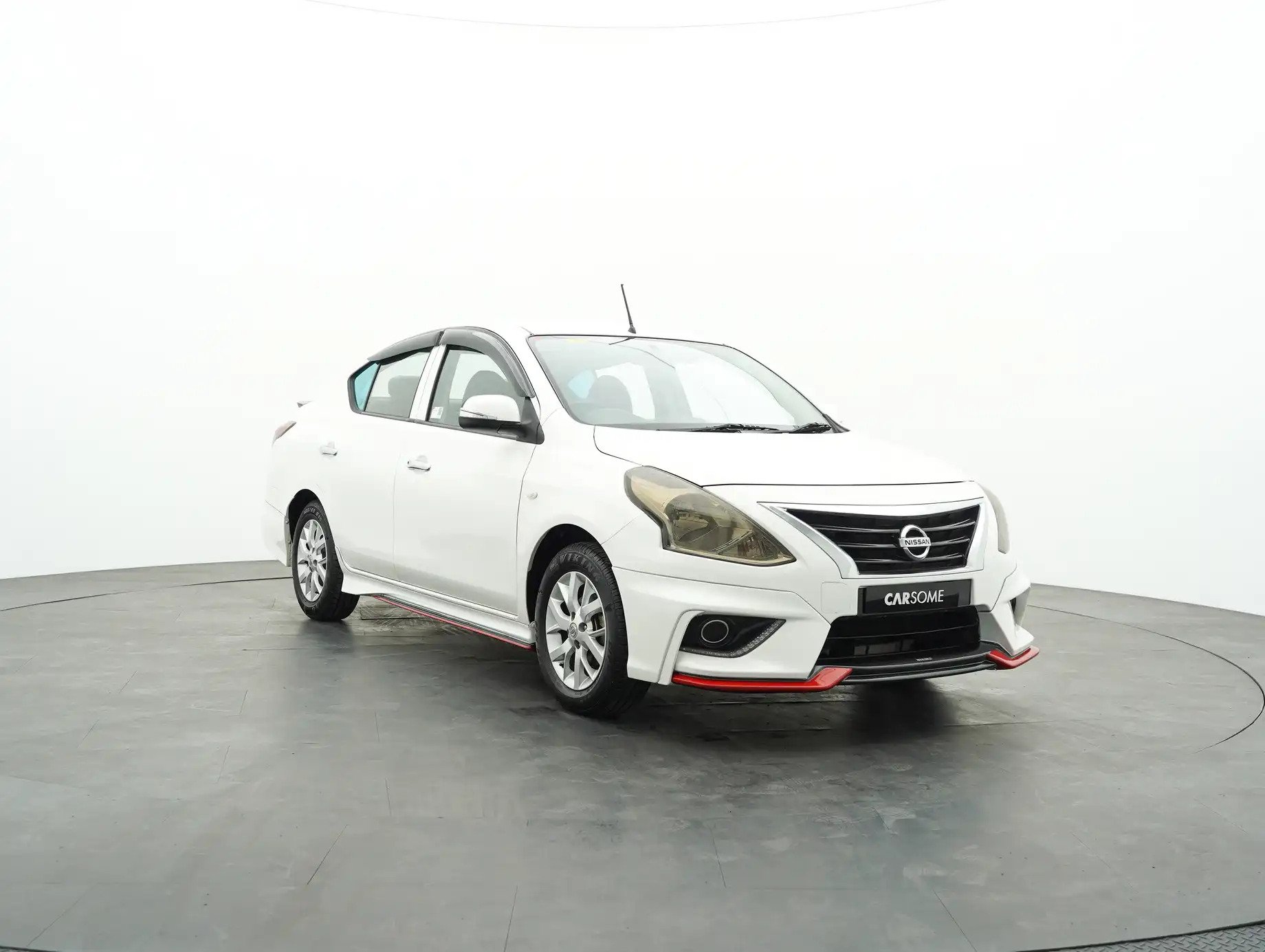 Arguably Nissan’s most popular model in Malaysia aside from the infamous GTR. The Almera is designed to be practical and affordable in mind. Nissan introduced the third generation Almera into Malaysian shores by Tan Chong Motors. As the turbocharged, three-cylinder, the fourth generation has been introduced, the third generation is still desirable due to its small engine capacity and fuel efficiency for city drives.

All variants of the third-generation Nissan Almera share the same 1.5L four-cylinder engine. Like other brands mentioned above, the Almera can be had in a five-speed manual or a four-speed automatic transmission. Fuel efficiency wise, Nissan reports that the Almera has a 14.9km per liter for the auto and 15.9km for the manual.

Tips to Help You Decide Which Car is Best For You

While the number of models we have listed above can be tempting to choose from, we urge you to take a step back and reconsider your current options before making the big decision. 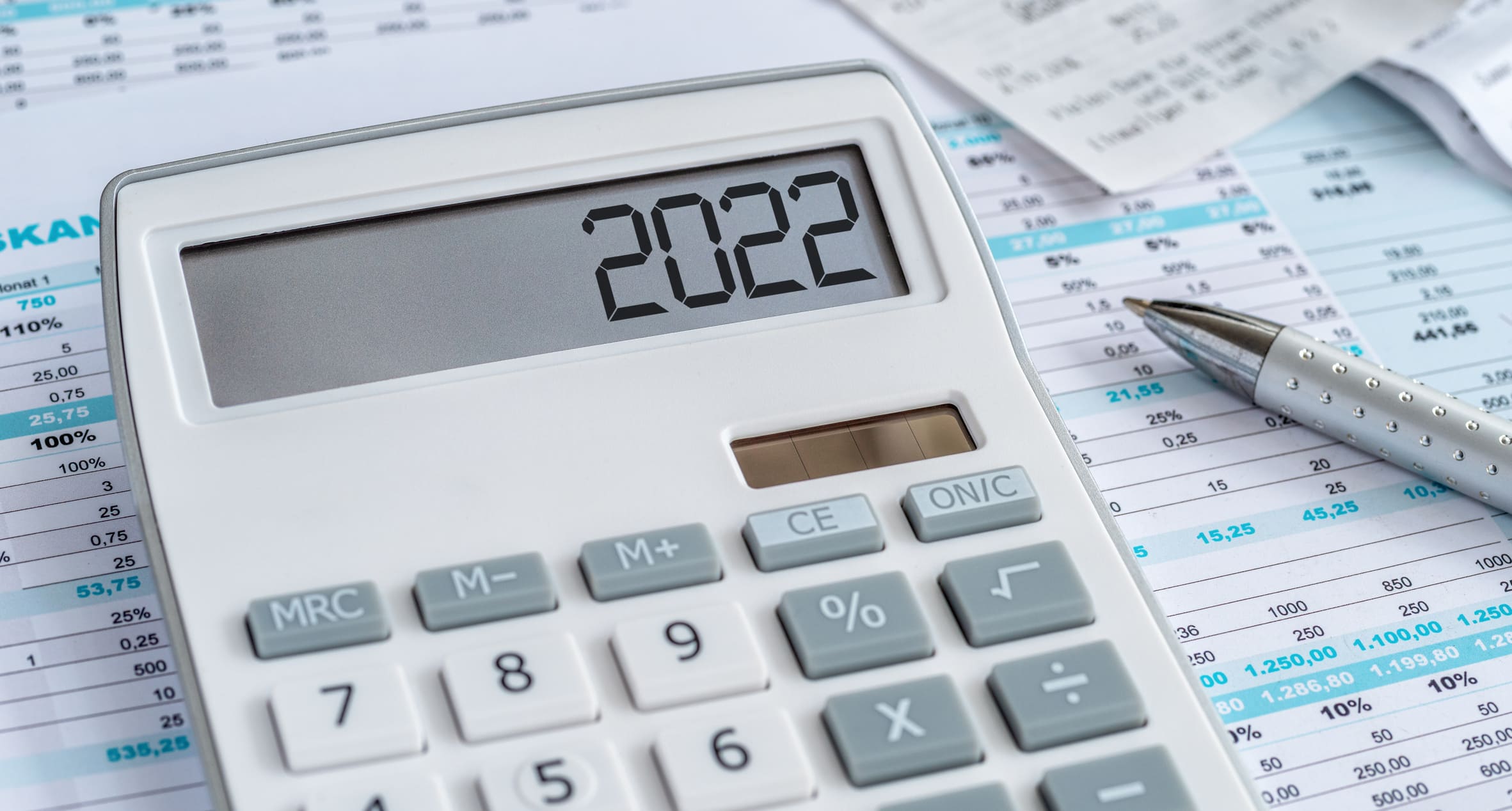 Financial experts strongly recommend that one should spend 15% of their salary to pay off their car’s installments. Preferably, the net salary that you bring home every month. This is to ensure you still have enough money for maintenance, parts if needed or just regular daily expenses to keep you going until the next paycheck arrives. Wapcar reports that in the first half of 2022, 18 people go into bankruptcy daily with a majority spent on car purchases in mind. With that, we urge you to crunch out the numbers first before making any decisions.

Read More: How Much Should You Spend on Your Car Installment 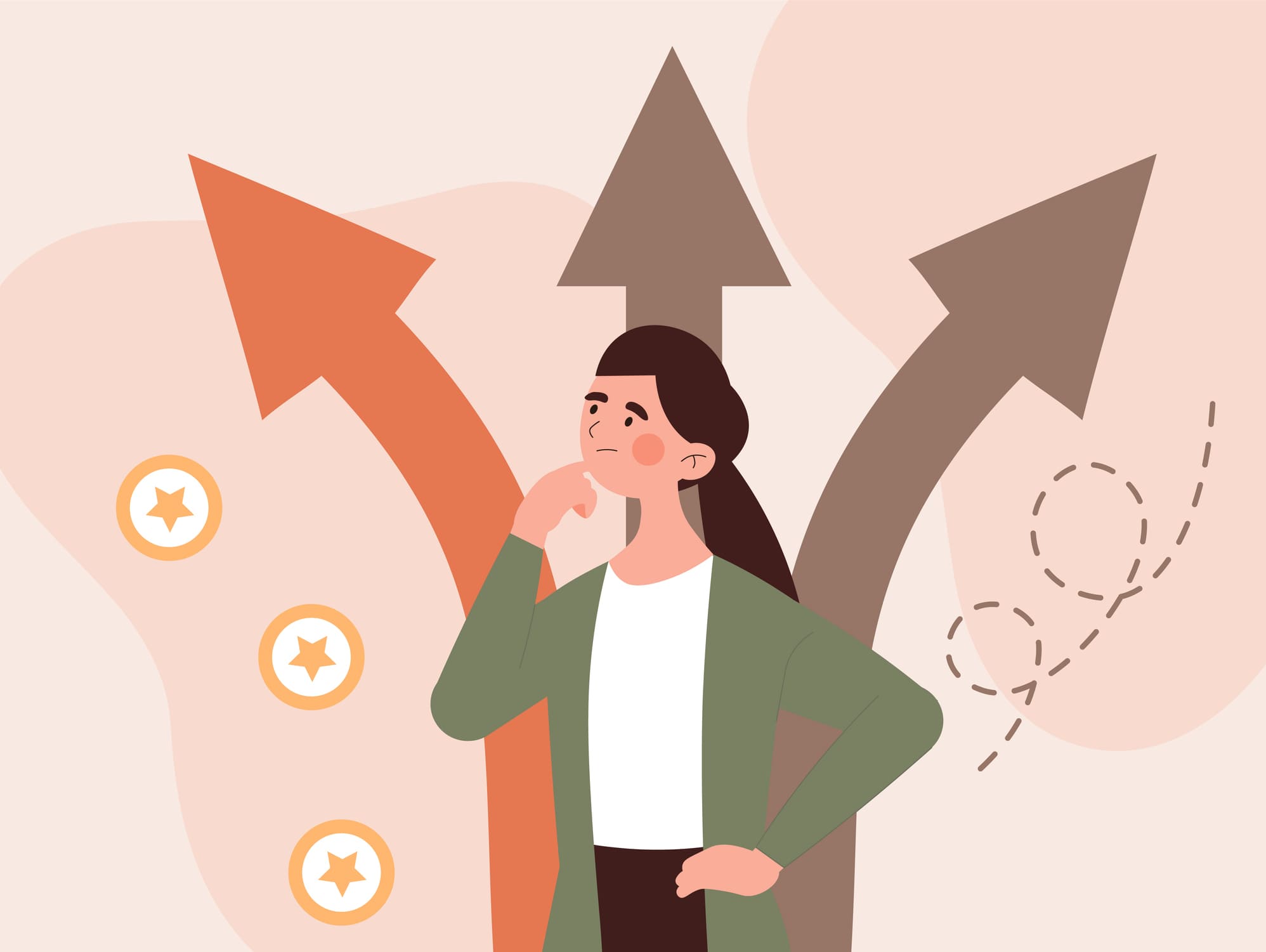 There’s no shame in denying all of us want to drive something nice one day. However, as we mentioned in the finances part earlier, do not go broke just to spend that money for showing off. Lay off that thought to buy that used BMW for a while and settle down for a Bezza for the time being. What’s the point of spending half your salary on a used continental car when you have to devoid yourself of your basic needs for food, clothes, and rent/housing all just to sate your desires? Save up, get that salary increment in your job and come back for that car of your dreams once you are financially stable enough to do it. 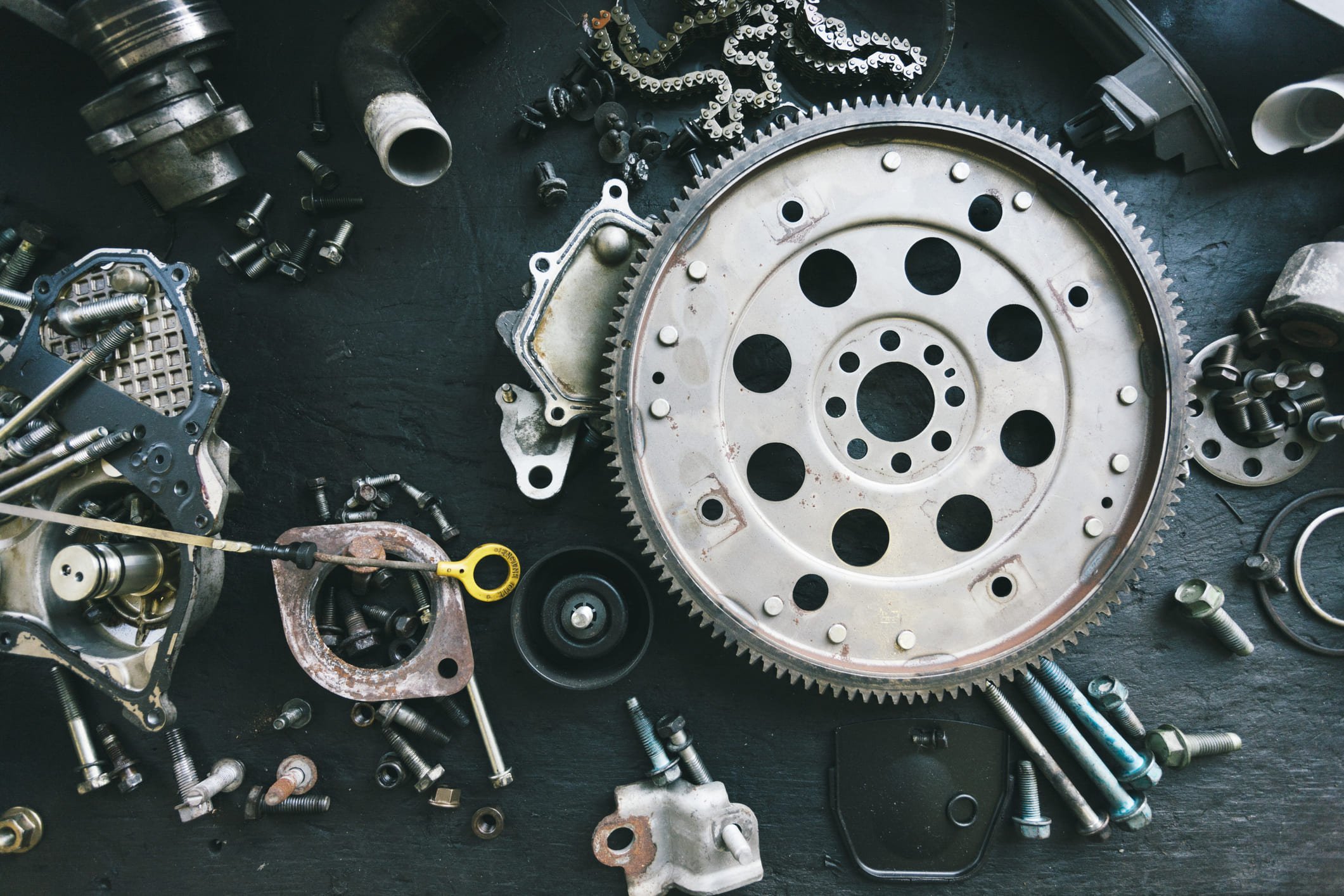 A saying in Germany goes – A cheap Mercedes is an expensive Mercedes. The temptation to snag a cheap continental car is alluring. But be warned, continental car parts have a higher price tag, and mechanical complexity that requires technical expertise to maintain in the long run. In some cases, you might just spend more money on parts and labor fees than you have spent on the car itself!

CARSOME promises quality second-hand cars as we put all our vehicles through a stringent 175-point inspection that covers the exterior, interior, underbody, and road tests to rule out major accidents and flood damage. All CARSOME Certified cars then undergo a stringent refurbishment process to ensure they have safety beyond standards, complete comfort and refurnished aesthetics.

Check out CARSOME to find your dream car today!