Is Malaysia Ready for Autonomous Cars?

It is the year 2020, and aside from the great pandemic, the future is now. With the advancement of technology and the introduction of AI (Artificial Intelligence), you would expect our roads to be filled with autonomous cars, but why aren’t there any? 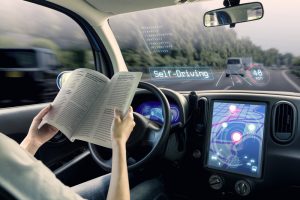 Everyone is extremely curious of how it would be to be in a car that steers and accelerates itself automatically but despite extraordinary efforts from leading automobile manufacturers like Tesla, Ford, Audi and Volvo who are trying to pave the way with their technology, autonomous cars are still out of reach.

You can buy a car that can detect collision by braking automatically, or one that helps you stay in your lane, but these features are far from making it a self-driving car. So in the near future for Malaysia, is the autonomous car a thing to look forward to or is it just a dream?

How Exactly does an Autonomous Car work?

The idea behind a self-driving car is fairly simple. Take a car, fix it up with cameras on all corners to track all the objects around it and have the car react if it’s about to steer into one. Teach in-car computers the rules of the road and set them off to navigate to their own destination. Though following a list of rules is what driving is all about, it is not enough to drive as well as human’s do as we do things like make eye contact with other drivers when in a junction to determine who goes first, react to different weather conditions and also make judgement calls that would be difficult for an AI to do in a hard-and-fast-rules. Some other things include training the car’s computer to build a picture of where other cars, cyclists, pedestrians, and obstacles are and where they are currently moving. Though some of these things might seem easy, they are surprisingly complex.

Autonomous Cars: Are they Safe?

Many are still doubtful on how efficient the technology of a self-driving car is. Would this type of car be safe to be driven on Malaysian roads? Here are 5 reasons why the said car would not be possible currently to be driven in Malaysia.

A self-driving car is equipped with different sensors, camera and radars that would help a car “see” and track different objects on the road, and to trace the direction and speed of other vehicles. It is also fitted with Lidar (Light Detection and Ranging) that uses laser lights to measure the distance between the car and objects around the car. It would then send the information to the car’s control system to decide if it would need to speed up or to brake. 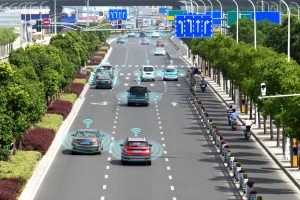 But in Malaysia, with the uncertain traffic and weather conditions as well and the vandalism culture that is known for spoiling the road signs, these factors can affect the reading accuracy of the sensors which would deem unsafe for this kind of cars here.

Autonomous car uses artificial intelligence to process the data accumulated from the sensors which will be processed and next steps that should be taken will be determined. This algorithm will identify and categorize objects according to different categories – pedestrians, roads signs and others which will then determine which action should be taken next, whether to brake or to accelerate. 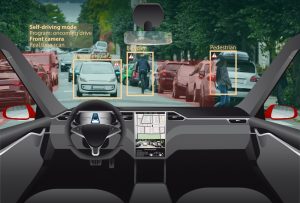 But at this current time, the algorithm that is used does not guarantee its effectiveness and safety. In fact, there is no specific standardization of how this artificial intelligence will be trained, tested, or validated.

In Malaysia, especially in the Klang Valley region, a new road, or a new highway emerges every single time due to the increasing number of vehicles on the road every year. The autonomous car might drive on a new road and encounter an object that it might not have seen in any of the previous training sessions. It will thus complicate the process of identifying objects that can affect the effectiveness of the system. As such, self-driving cars are subject to constant updates and upgrades at all times. Without continuous updates, existing software will not be able to support the latest road versions. 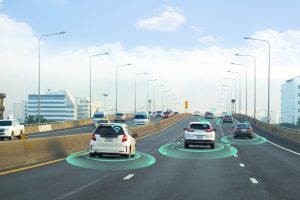 Road regulations and driving standards for self-driving cars are yet to exist in the automotive industry at the current time. There are international regulations set for self-driving car systems that have relevant requirements but still do not solve the problems of sensors, artificial intelligence and other operations mentioned above. With existing laws, some questions that might arise include:

Social acceptance does not only involve the issue of autonomous car owners alone but also involves other individuals who share the same road. The public should be involved in decisions on the identification and acceptance of self-driving cars. Without this, the risk of society’s rejection towards this technology is extremely high. In fact, without the comprehensive cooperation that makes this car a safe one, many will question the safety aspect even though it is said to be able to reduce the risk of accidents due to negligence.

With all these factors, do you think Malaysia is ready for its first autonomous car? What brand or model car are you looking forward to? If you are looking for your dream car (not an autonomous car for now), start your search on Carsome, the best platform that buys and sells cars in Malaysia. You can get a quality used car of your choice at the best price!