Car Batteries: How to Extend the Lifespan & What are The Prices of Car Batteries in Malaysia

Car batteries are the heart that powers a car and like most other components, batteries need to be replaced from time to time. A car battery lifespan in Malaysia can range from two to five years depending on how it’s used and its overall performance. It provides the initial jolt to start a car and also powers all the electrical components in your car. The last thing you want is to be left stranded with a dead battery because, without the jolt of electricity, your car probably won’t start. If you want to know how long a car battery lasts or what is a maintenance-free battery and a lead-acid battery, here is everything you need to know.

How Exactly Does a Car Battery Work?

We know that the function of a battery is to provide electricity to power up a car, but here’s how this powerful little box works – when you start your engine, a chemical reaction in the battery is converted into electrical energy to power up your engine, lights, and accessories. 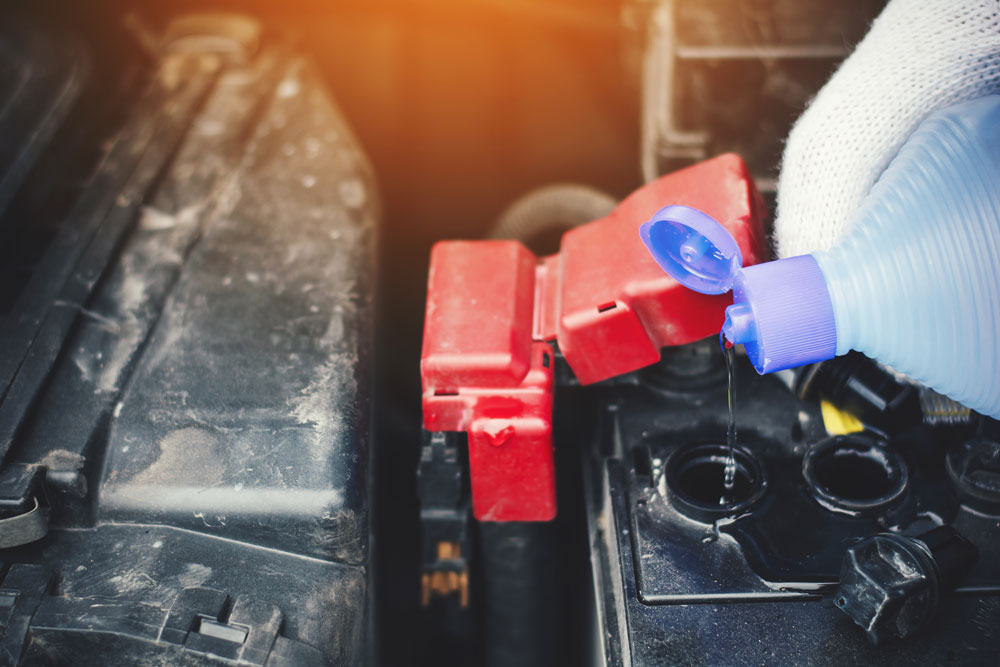 Contrary to popular belief, all car batteries actually have wet cells (the electrolytes are in liquid form) in them. The differentiating point is whether the battery requires maintenance or is maintenance-free. They are called lead-acid batteries since they have positive and negative lead electrodes immersed in an electrolytic solution of sulfuric and water.

Although maintenance-free car batteries do not require the occasional top-up of electrolytes (which conventional maintainable batteries do), owners will still need to regularly check the terminals for corrosive build-up. This corrosive build-up, which can reduce the lifespan of a car battery can be in the form of a white powder that is caused by overcharging, overfilling the battery, electrolyte leakage, and chemical reaction in the copper clams. The only downside to it a maintenance-free car battery is its lifespan – It doesn’t last as long as conventional maintenance batteries. 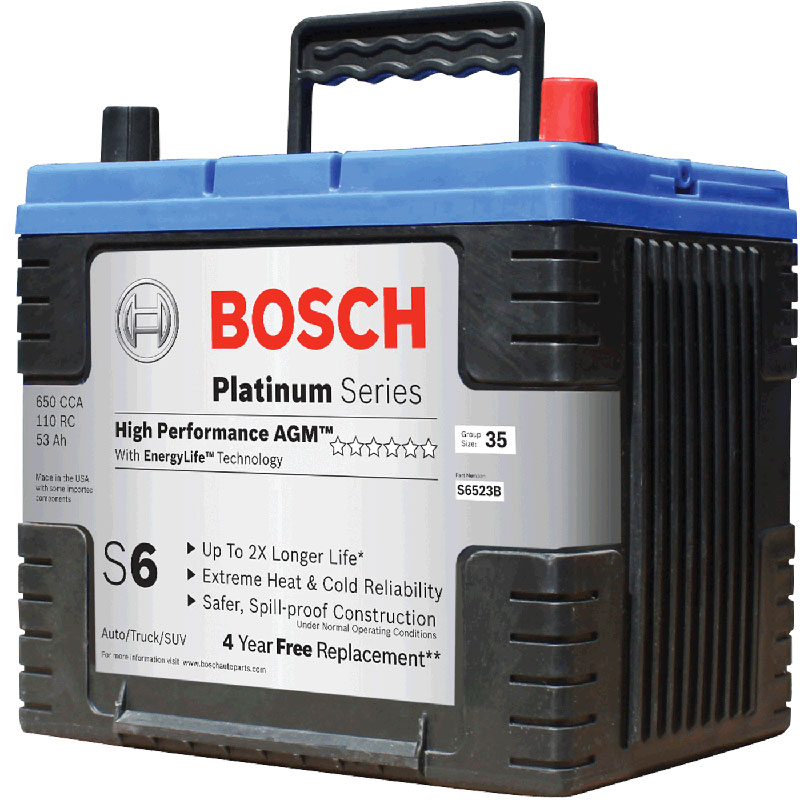 While the standard car battery lasts about two years, there are two other types of car batteries that can last up to five years. These are known as Gel Cell and Absorbent Glass Mat (AGM) batteries. A gel cell battery has silica (sand) to turn the acid electrolyte in the battery into gel form which makes it spill-proof. In an AGM battery, glass mats are placed between the thin lead plates (electrodes) to cushion them. In turn, manufacturers can squeeze in more glass mats and lead plates into a single battery. This leads to more power

Both these batteries hold their charge better, don’t degrade as easily, and even hold up better in storage. Although these car batteries last longer, they often cost twice as much or more than common wet and dry cell batteries. That said, Gel Cell batteries typically cost more than AGM ones.

How to Maintain Your Car Battery in Malaysia

Just like any other vehicle component, how long a car battery lasts depends on how you maintain it. It needs to be inspected and serviced periodically to maintain its quality and performance. Here are seven tips you can follow.

Check the water or electrolyte level in your car battery (wet cell) every three months or every 5000 kilometers. If you drive long-distance frequently,  ensure you check the water level in the battery before you leave. You should add enough electrolytes so that the level is about three-quarters of the whole battery cell.

Some car models are equipped with an insulating sheath that serves to protect the battery from the engine’s heat. Batteries that are exposed to hot temperatures will directly affect their lifespan.

Quality batteries have a better lifespan – in some cases, batteries can last up to five years if cared for and used properly. Quality car batteries also usually come with a warranty and guarantee. If you have the budget for a longer-lasting battery, you can consider AGM car batteries.

Improper use of oils such as grease on the battery terminals can cause rust to form. In fact, if used excessively, the power of the battery will be depleted, hence affecting its performance.

Since modern cars have much more efficient engines and electrical systems, this is less of a problem. However, it’s still a good idea to turn off components such as the air conditioner, radio, and lights to reduce the load on your engine and battery. Of course, don’t leave your headlights on as your batteries will be dead by the time you get back to your car.

The normal reading of a ‘“healthy” car battery is between 12 to 13 Volts when the engine is not running, and between 13.5 to14.5 Volts if the engine is running. If the battery power is below 13.5 Volts or above 14.5 Volts, chances are there is a problem with your car’s alternator.

Read Also: Things to Check When You Service Your Car 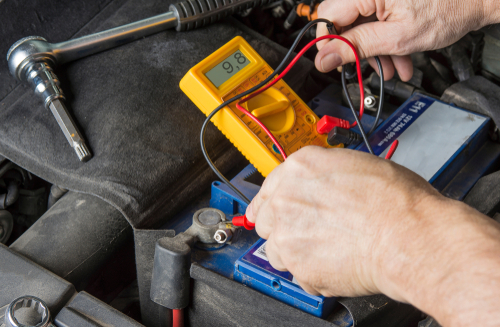 It’s hard to truly gauge a battery’s health from the outside but that doesn’t mean you should leave it as it is. You can gauge a wet or dry car battery’s lifespan by looking out for the telltale signs like below.

There are many factors that cause car batteries to lose their power. Here are some of the causes that can shorten the lifespan of your car battery:

Proper maintenance can prevent damage and extend the lifespan of your car’s battery. Here are some ways you can do so:

As Malaysia’s climate is warmer, car batteries both wet and dry last half as long compared to batteries in cooler temperatures. Why? Heat reduces the lifespan of a car battery by accelerating the chemical reactions within a battery, increasing internal discharge. So, to improve the lifespan of your car battery, park indoors more often.

2. Unplug Your Battery If You Are Not Using Your Car for a Long Period of Time 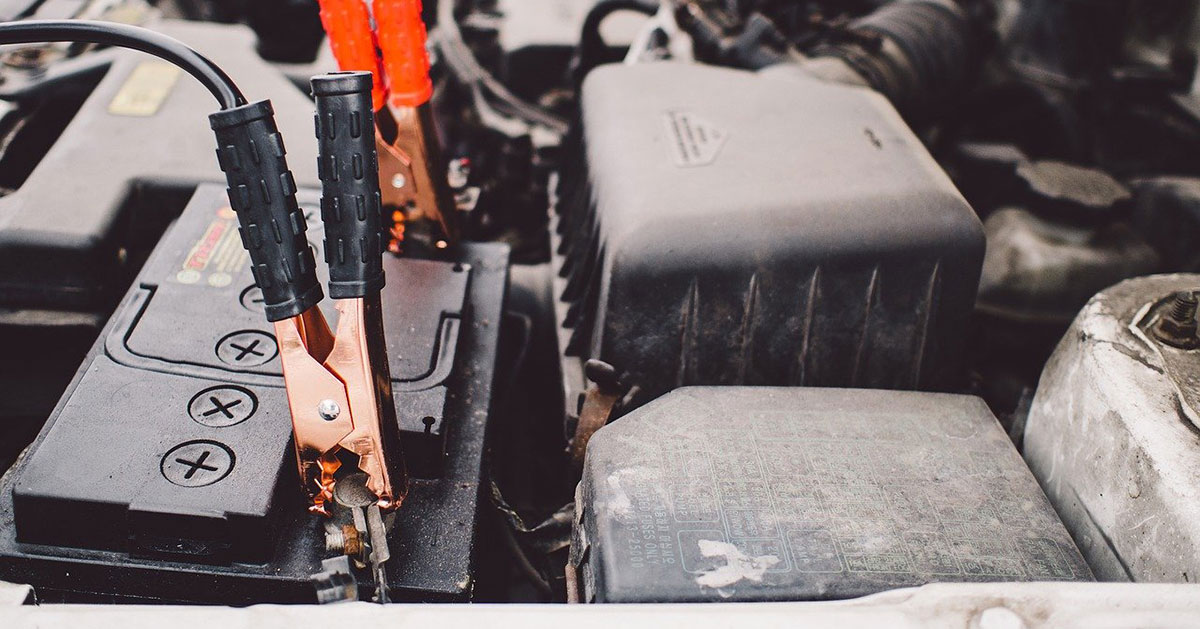 Have you once gone on a trip only to return to a car that won’t start? We’ve been there too. Next time before you go on holiday or don’t drive your car for a long period of time, just unplug the negative terminal (black cable cover) on the car battery. If you’re worried about your car alarm and security that will be disabled after you unplug the battery, you could get your neighbor, friend, or family to start it for you every alternate day.

Many drivers think that car batteries that have gone flat can be recharged by driving around. This isn’t true. In fact, continuous undercharging will lower the capacity of the battery over time and also shorten its lifespan. The only way to restore a flat battery’s charge properly is to use an appropriate multi-stage charger. If you’re not using your car frequently, at least start it every alternate day, or drive around the block once a week.

Keeping an optimum battery charge and your car in tip-top condition will not only ensure that you have a smooth drive but also help your car battery last longer so you don’t get stranded on the side of the road.

Since your car’s battery plays a vital role in its overall performance, taking the proper course of action when a problem arises with your battery will also help you get a better price later on when you decide to sell your car. When it’s time for that, you can sell your used car to Carsome, where we’ll give you the best value. You can also check our website if you’re looking to buy a used car. We put all our cars through a 175-point inspection for your peace of mind.