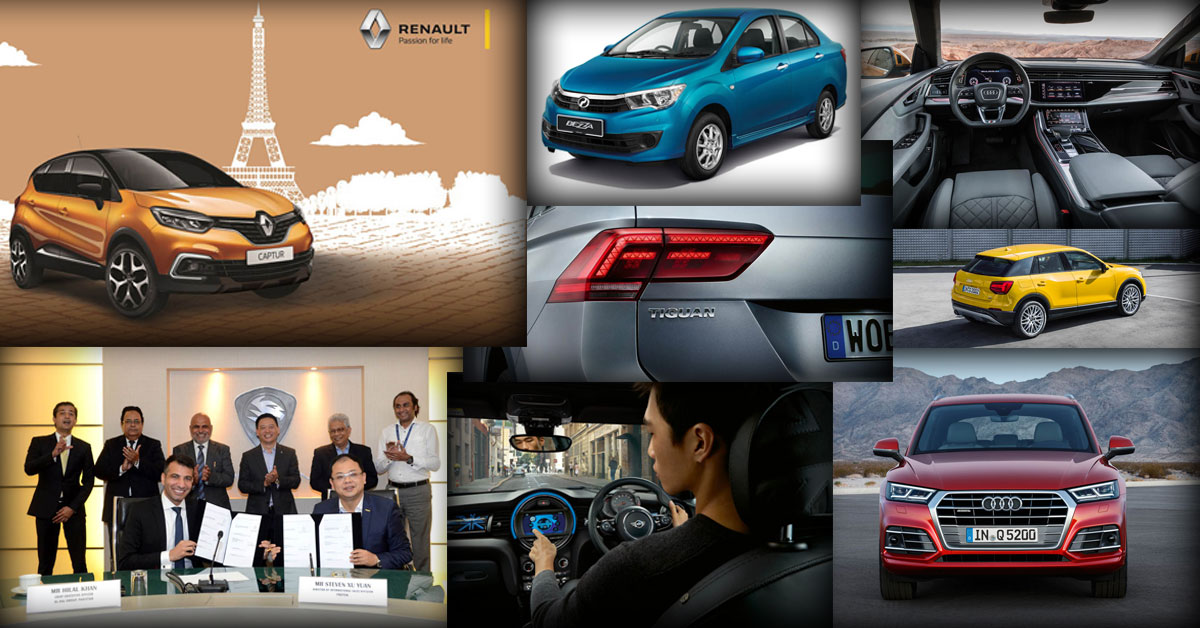 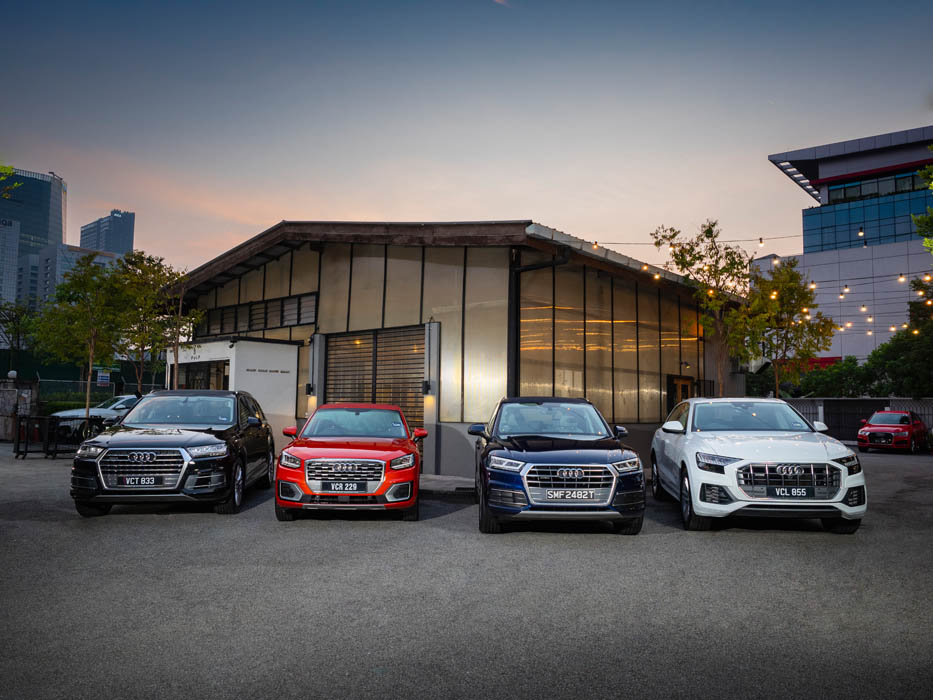 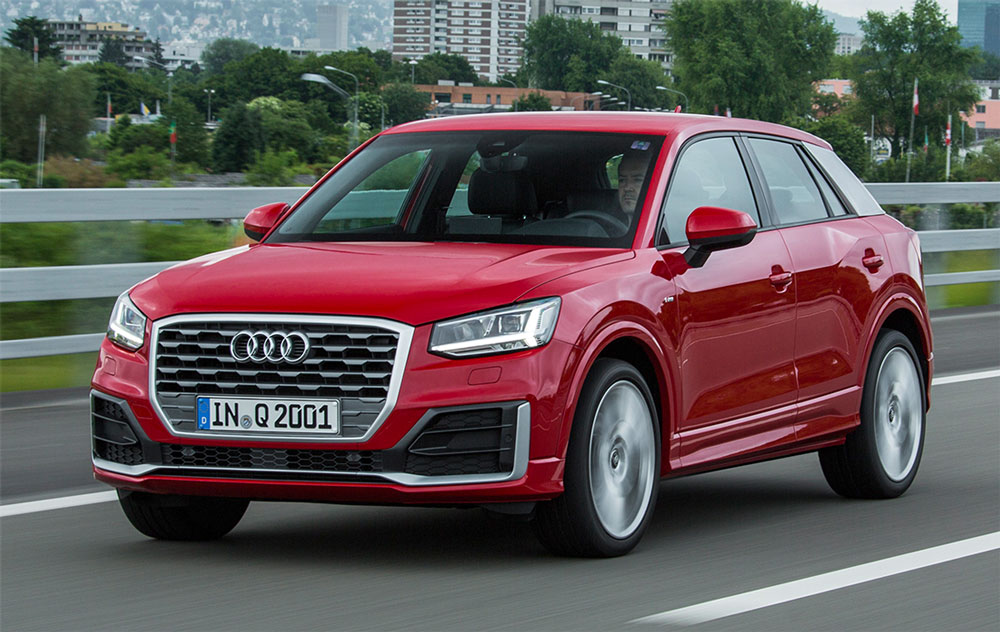 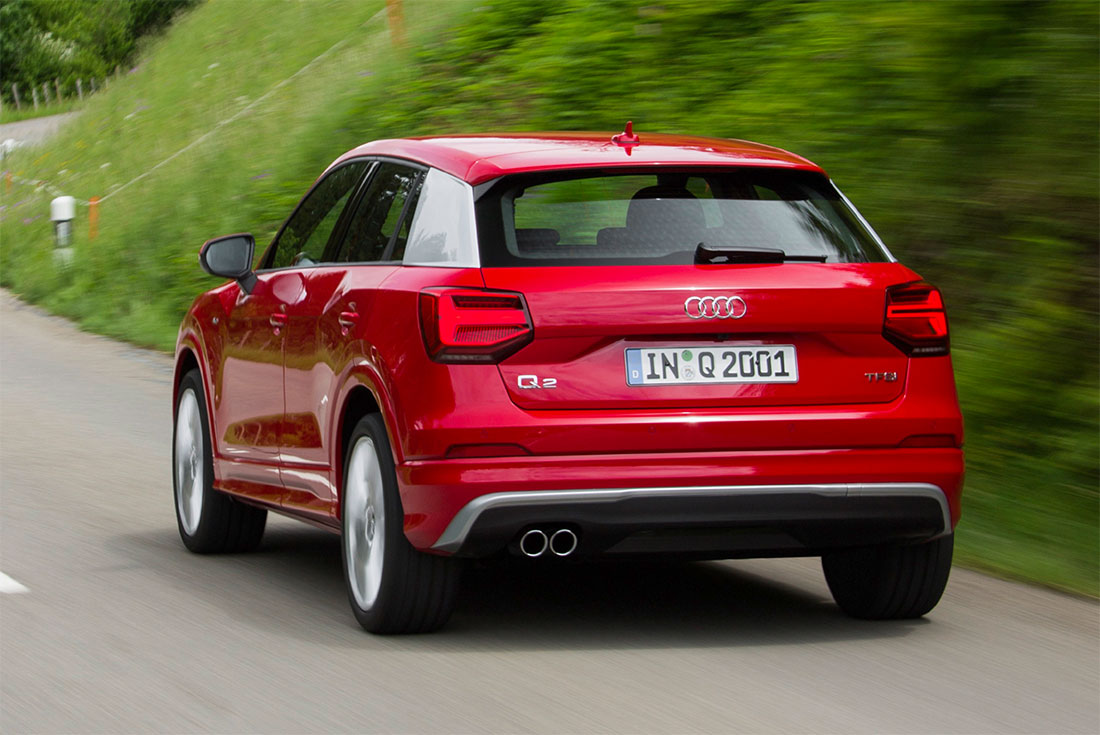 Debuting for Malaysia is Audi’s smallest SUV to date. It is powered by a turbocharged 1.4-litre four-cylinder engine producing 150 hp and 250 Nm of torque from 1,500 to 3,500 rpm and mated to a 7-speed dual-clutch automatic transmission. Interior features include Audi’s MMI navigation plus, 10-speaker Audi sound system with Bluetooth and more. As for the driver, there’s the Audi drive select modes, Cruise control, auto Stop-Start, auto rain and light sensors and the Audi Virtual Cockpit. The Q2 is priced at RM 219,900 on the road without insurance. 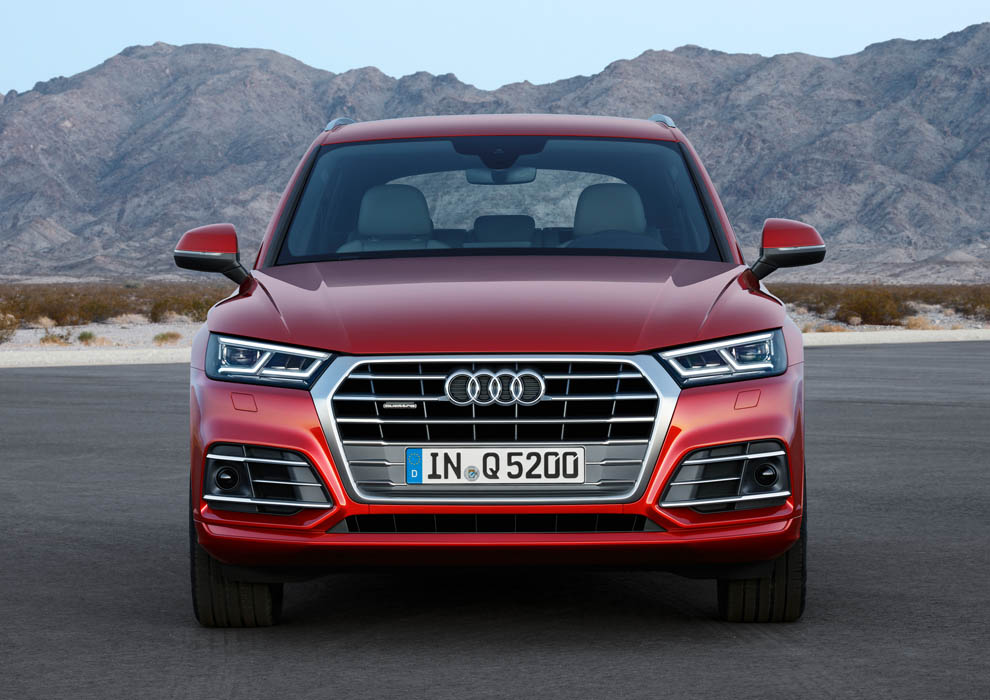 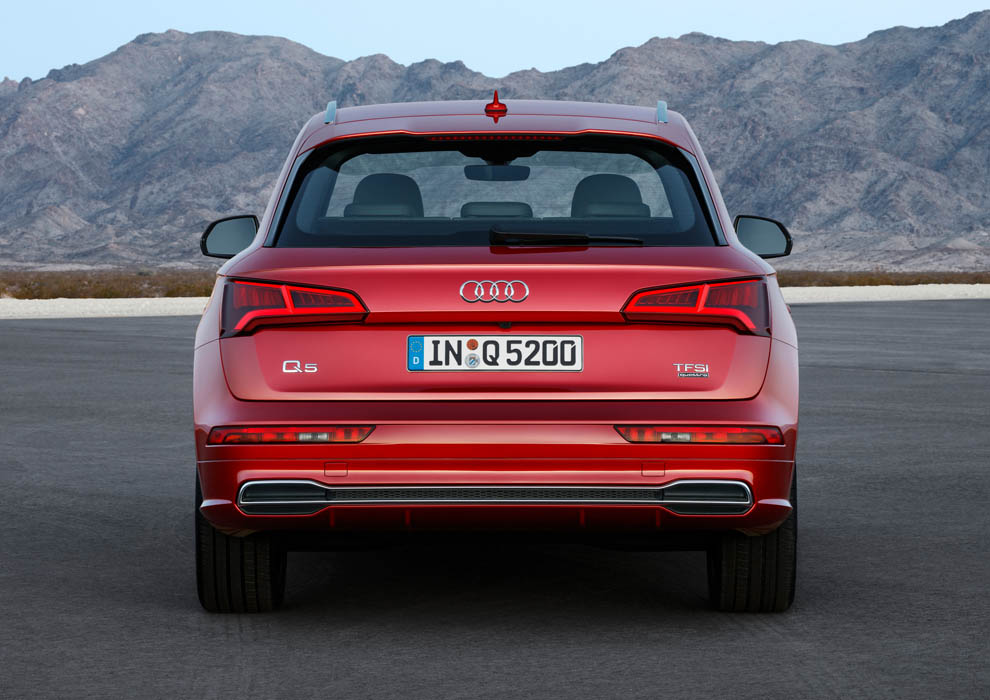 Power for the Q5 comes from a turbo 2.0-litre four-cylinder outputting 252 hp and 370 Nm of torque from 1,600 to 4,500 rpm. Transmission is a 7-speed dual-clutch S Tronic unit with power going to Audi’s Quattro all-wheel drive system. Features include MMI Navigation plus, Audi connect, Audi virtual cockpit, Keyless entry and start, and much more. The Q5 is priced at RM 339,900 without insurance. 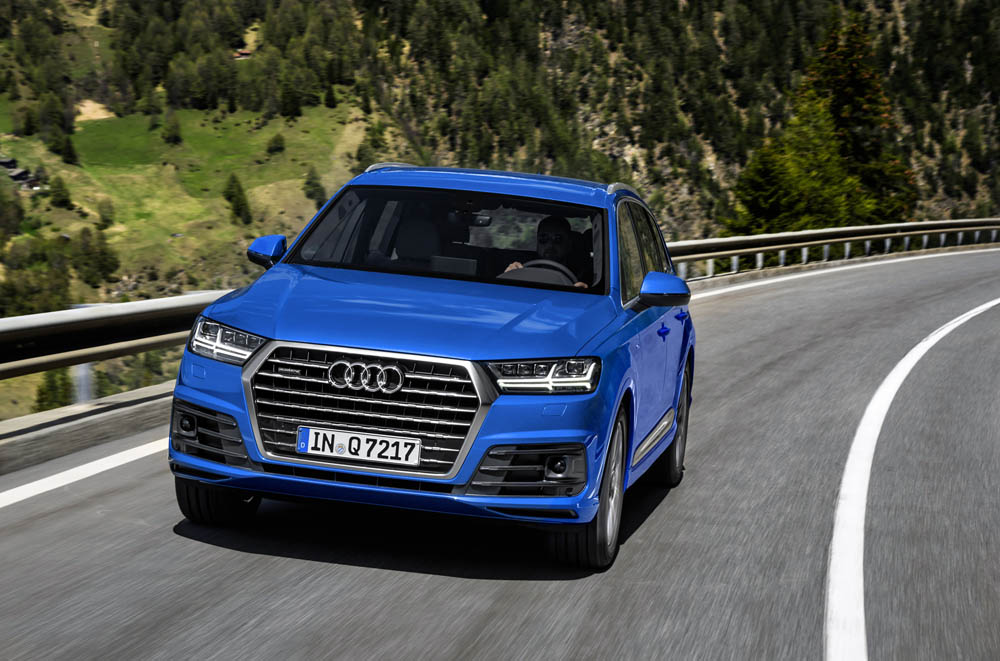 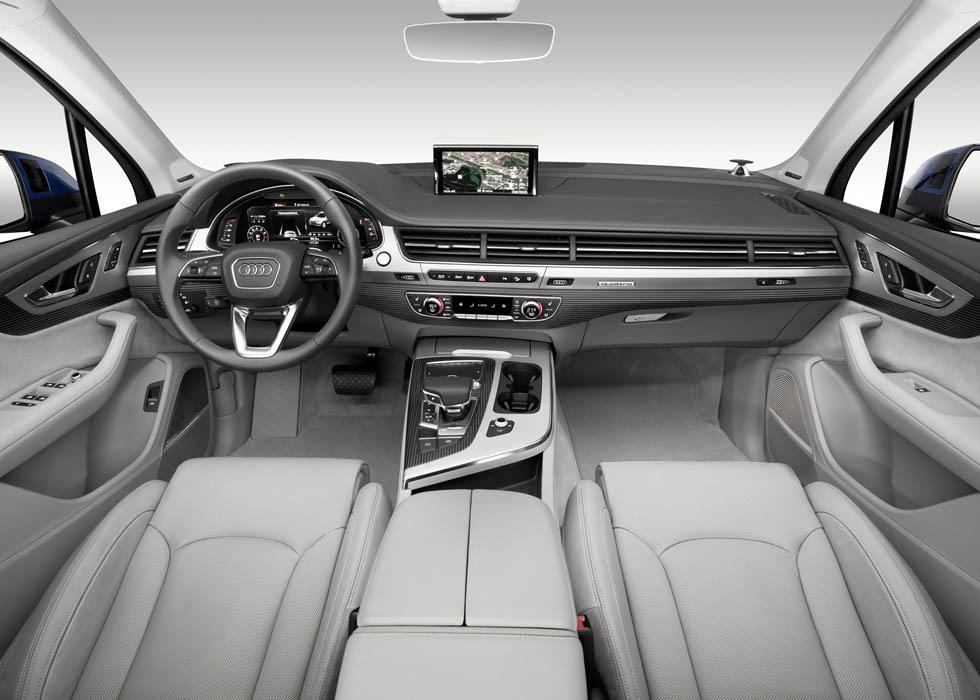 While the Q7 isn’t all-new compared to the Q2, Q5 and Q8, the updated unit now comes with Audi connect and a Bang & Olufsen sound system on top of the 20-inch Audi Sport alloy wheels. Power is from a 3.0-litre supercharged V6 engine with 333 hp and 440 Nm of torque from 2,900 and 5,300 rpm with an 8-speed tiptronic transmission and Quattro all-wheel drive. Inside there’s the ambient light package, quad zone climate control, and Audi Virtual Cockpit. Safety wise, there’s 8-airbags, TPMS, ESC and more. Price for the Q7 is RM 599,900 without insurance. 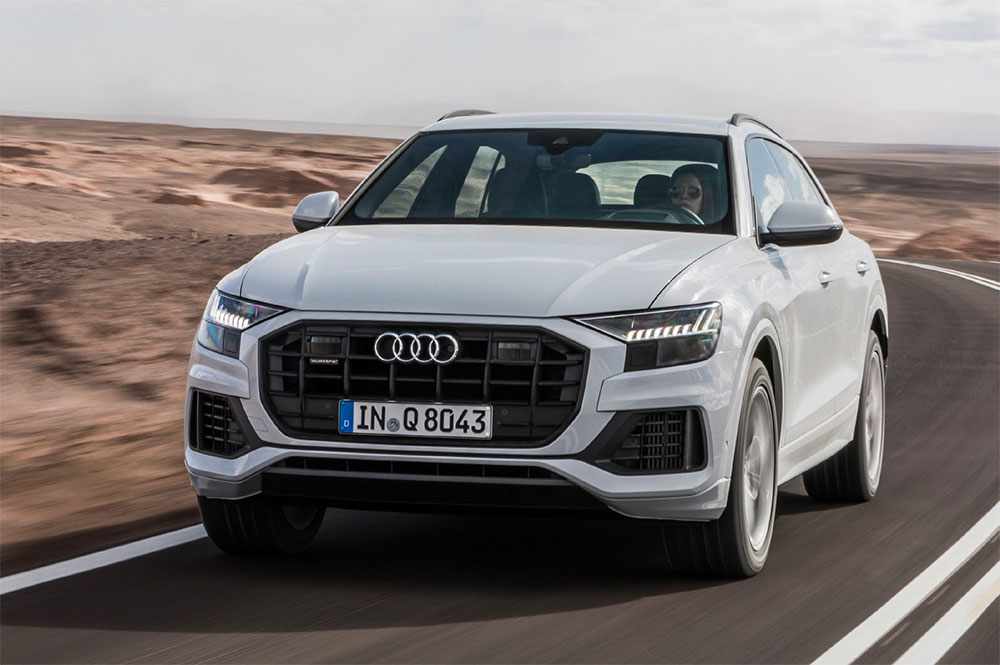 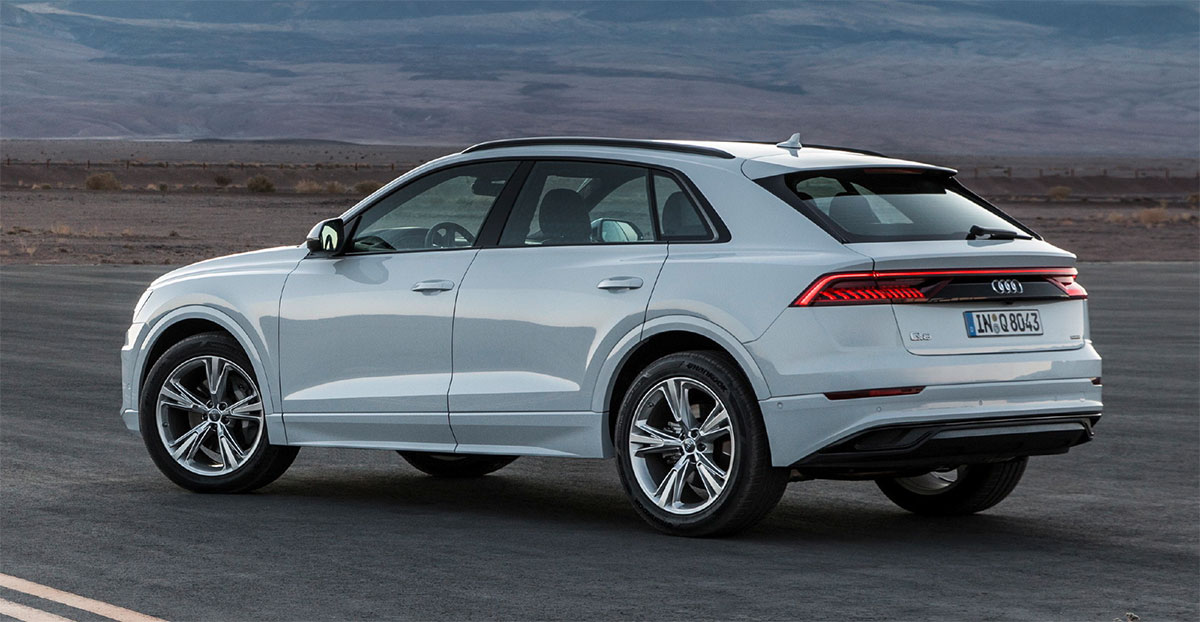 Probably the most exciting in body shape for Audi’s Q releases is the Q8. Underneath the hood is a 3.0-litre turbocharged V6 with 340 hp and 500 Nm of torque from 1,370 to 4,500 rpm. 8-speed Tiptronic and Quattro sends power to the wheels. The drive system here has a mild hybrid technology that has a 48-volt of a lithium ion battery and belt alternator starter. During braking, the power can be fed back to the battery and enables long coasting phases. Front headlights are LED Matrix units and taillights have a digital character. 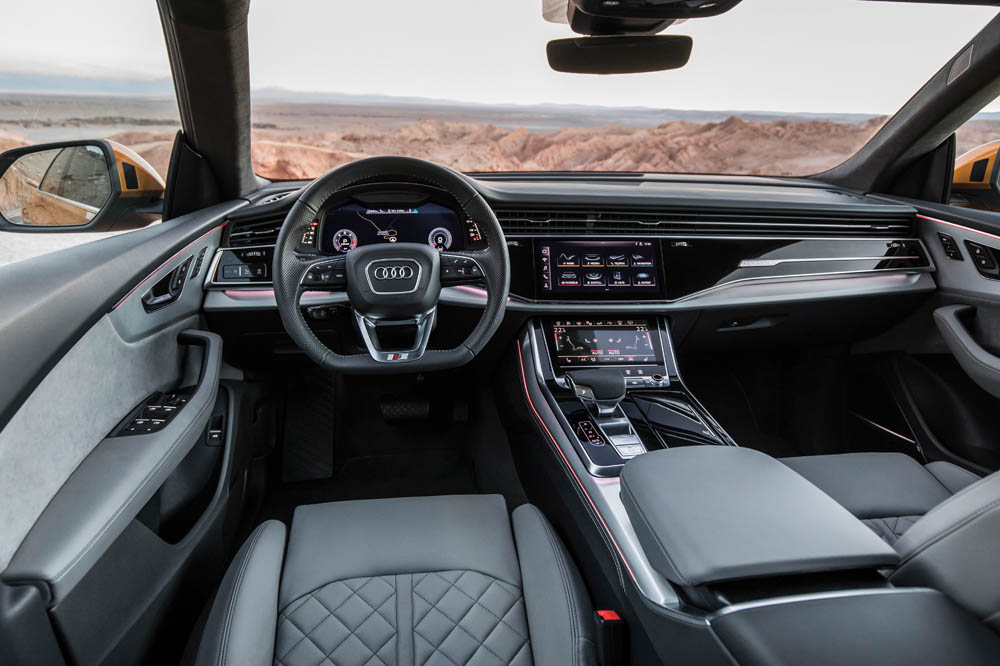 As for the interior, the Q8 is quite a departure from the current bunch. The MMI touch unit are now two displays – a 10.1-inch at the centre dash and an 8.6-inch at the centre console for climate control, inputs and convenience functions. There’s no saying that the Virtual Cockpit is also present here with a head-up display. The Q8 is priced from RM 727,900 without insurance. 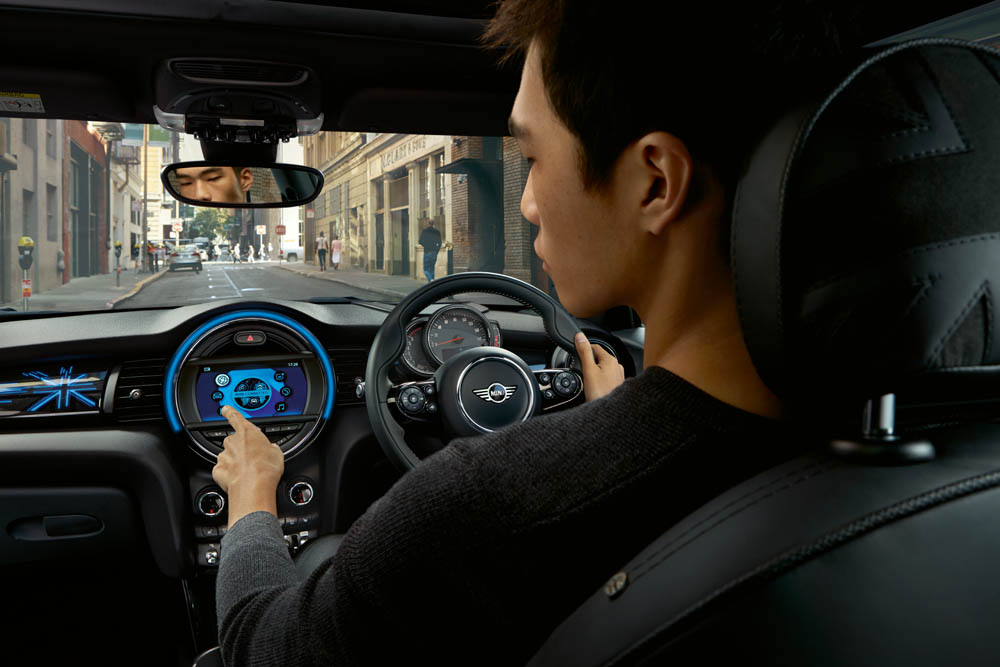 Available with all Mini models of 2019 make, Connected is tailor made for digital living. This includes Intelligent Emergency Call when crash sensors for the seatbelt tensioners and airbags are activated. An automatic call to the Mini emergency centre will be made to ensure the best response. TeleServices informs owners of service appointment or required maintenance, while Mini Online provides useful information about the news and weather that can be read out via the audio system.

Because the systems can be synchronized with the Mini Connected app, calendars can be turned into a personal mobility assistant, and more. 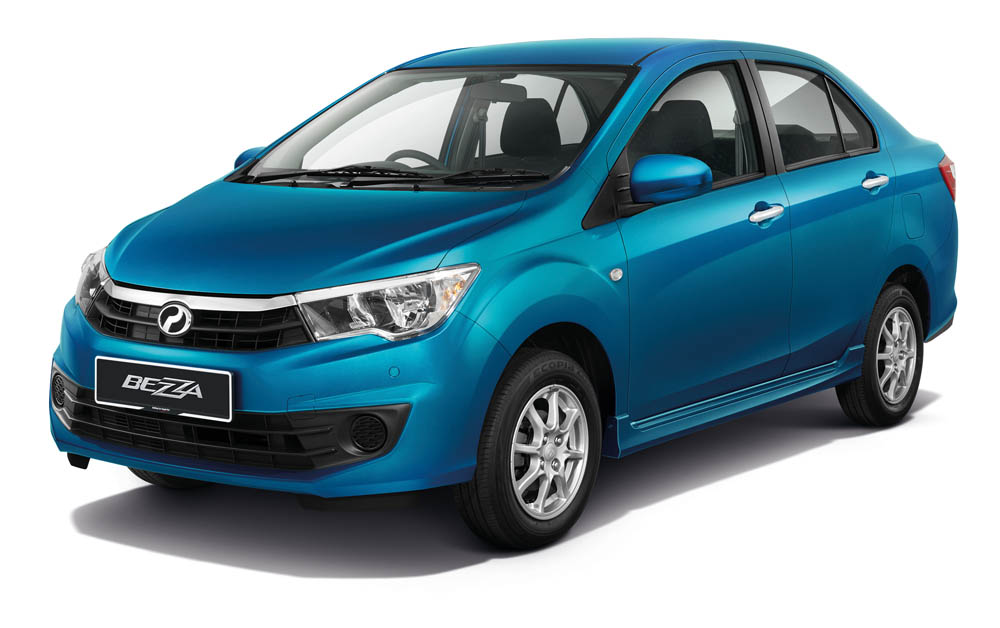 Perodua has produced a statement to illustrate the differences between the five-year service costs of the Perodua Bezza and Proton Persona and highlighted the inaccuracy of cost difference due to the comparison made with the former’s optional Preventive Maintenance costs with Proton’s service booklet costs. Should the basic service cost of the Bezza be used, the difference at the 5-year mark is only RM 44 or 1.4 per cent. The difference is attributed to the premium cost of the 0W-20 grade of lubricant used compared to the 10W-30 for the Proton Persona. Furthermore, the brand has stated that the Bezza uses iridium spark plugs for better fuel efficiency and that Bezza owners pay RM 239.55 less than Persona owners on maintenance at the end of the third year. 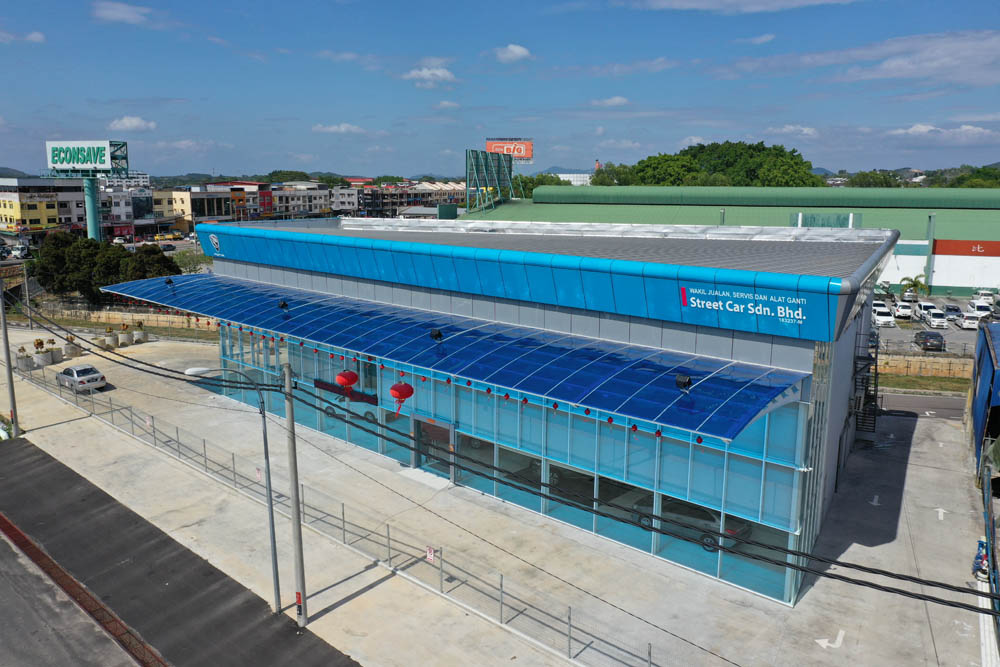 Street Car Sdn Bhd has opened the first Proton 3S dealer in Kluang to meet current market needs for a one-stop centre. The centre is equipped with four bays and four hoists as well as a wide parking space for customers on top of free Wi-fi, coffee area, customer lounge and more. In total, Proton’s current upgrading works for nationwide 3S and 4S centres are now at 75 outlets, which makes them the leader in the most outlets for an automotive brand in Malaysia. 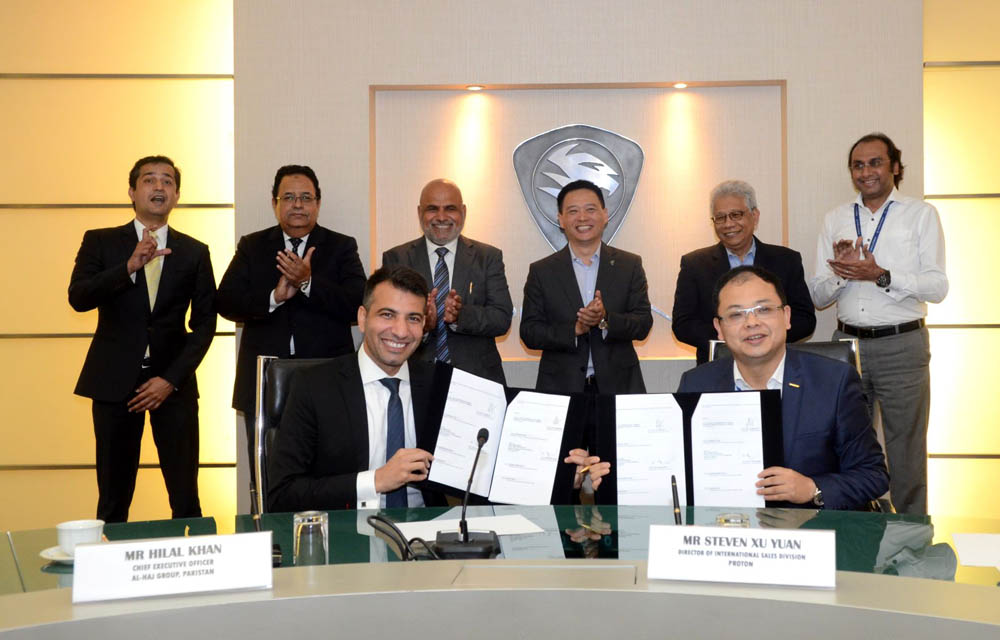 The agreement between Proton and Al-Haj Automotive in Pakistan was made last quarter, with the group appointed as the sole distributor for Proton vehicles in the country. To take advantage of reduced duties for CKD vehicles in the country, a plan to build a new assembly plant has been made. The initial investment for the plant has been stated at USD$ 30-milion and will create 2,000 direct employment opportunities in the first three years of operations. The plant will be built in Karachi and will be owned and operated by Al-Haj Automotive, and is expected to commence operations before the end of 2020.

Buy a Renault and Fly to Paris! 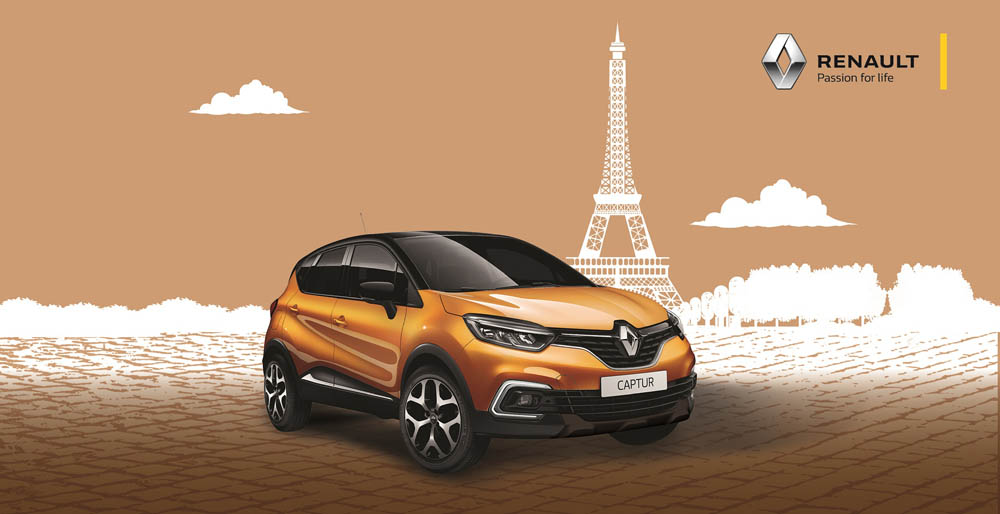 Usually campaigns such as these would allow only one or two lucky customers to win, but for ‘The French Experience’, everyone who completes the purchase of either the Koleos or Captur from 1st March until 30th April 2019 will fly off on a trip for two to Paris, France! The new sales campaign celebrates Renault’s French roots with an all-round French experience from the daily commute after purchasing a Renault, to enjoying a unique vacation in Paris. The Renault Captur is currently priced at RM 107,980 while the Koleos is at RM 173,840 without insurance. 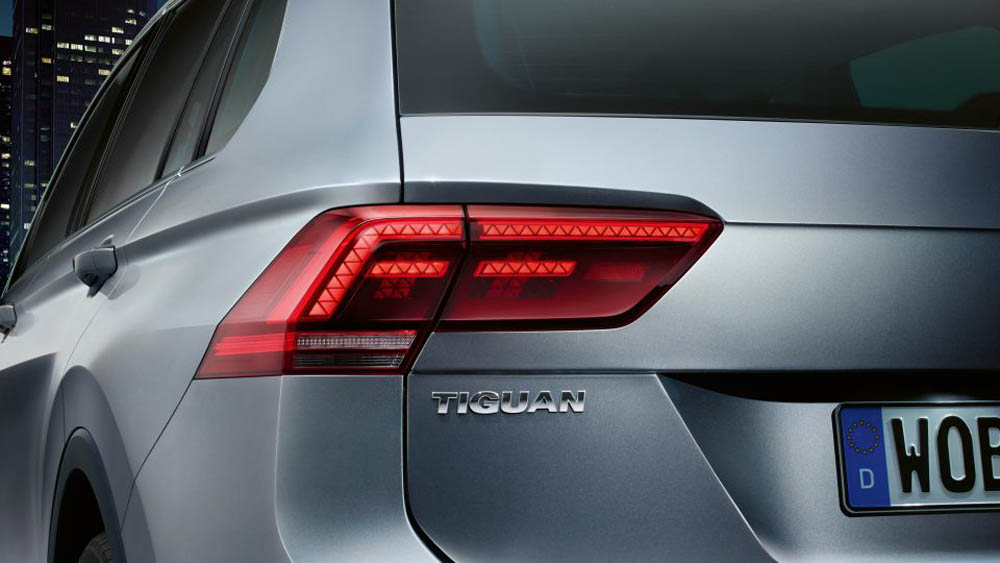 Those looking to get the Tiguan have more reason to do so! The upgrades are the latest 2019 Active Info Display and LED taillights and apply to units from March 2019 onwards. The new Active Info Display incorporates functions and features in 2D and 3D graphic display for navigation and media. As for the infotainment, there is now a three-view customizable screen with over 30 combination options. The dials can also be pre-set to show a combination of data and full 3D map for better navigation. As for the taillights, the units now incorporate brake animation that enhances visibility for safety. Best of all, prices for the Tiguan remains at RM 165,990 for the Highline and RM 175,990 for the Join.

The upcoming facelift Passat will feature IQ.Drive. What is it? Click here to know more.

Subaru Symmetrical All-Wheel Drive and X-Mode. Click here to find out how capable these systems are.

Sell your car through Carsome and experience fast and easy car selling!