Think large MPV in Malaysia and the default selection always falls back onto the Nissan Serena. While the evergreen model hasn’t always had much in the way of competition locally, that doesn’t mean it’s undeserving of its de facto position as the best large MPV in the country.

As demand grew for larger capacity vehicles, the Serena offered big space for relatively small money. It was well-designed, reliable, and looked handsome as well. Simply put, it ticked all the boxes for a large MPV.

The Serena C26 is no different, further improving on the solid foundation set by its predecessor with incremental enhancements in key areas. It grew more spacious and gained better creature comforts yet remained decently sized for urban driving. 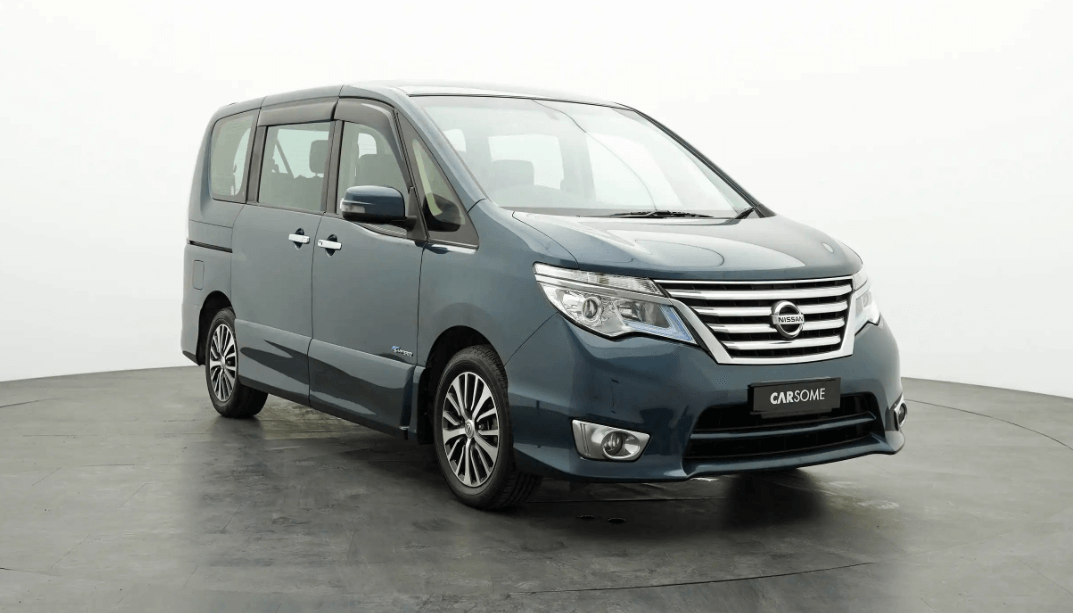 It was proudly declared as the first hybrid MPV in the country though many would take that claim with a tablespoon of salt.

The reasoning behind that spoonful of salt was the loose definition of the “hybrid” term. Power came from an MR20DD 2.0-liter engine that delivered 147 PS and 210 Nm to the front wheels via a Jatco XTronic CVT.

Nissan slapped on that S-Hybrid (‘S’ for Smart) emblem due to the 1.8kW ECO (Energy Control Motor) motor that pulled double duty as an alternator to recharge the MPV’s electricals during deceleration and an engine starter motor.

The use of the term hybrid here does appear to be a bit of a stretch as the ECO motor didn’t provide any drive to the wheels. It could however deliver a momentary “torque assist function” with a 50 Nm of torque boost to the crankshaft for about 1 second when the Serena moves from a standstill.

The following year, Nissan introduced the facelifted Serena S-Hybrid that was now locally assembled (CKD). For all intents and purposes, it was essentially identical save for a redesigned front end with LED headlights and taillights.

The real party piece was the lower pricing courtesy of CKD incentives for hybrids. The Highway Star started at RM138,800 while the Highway Star Premium remained at RM149,500. 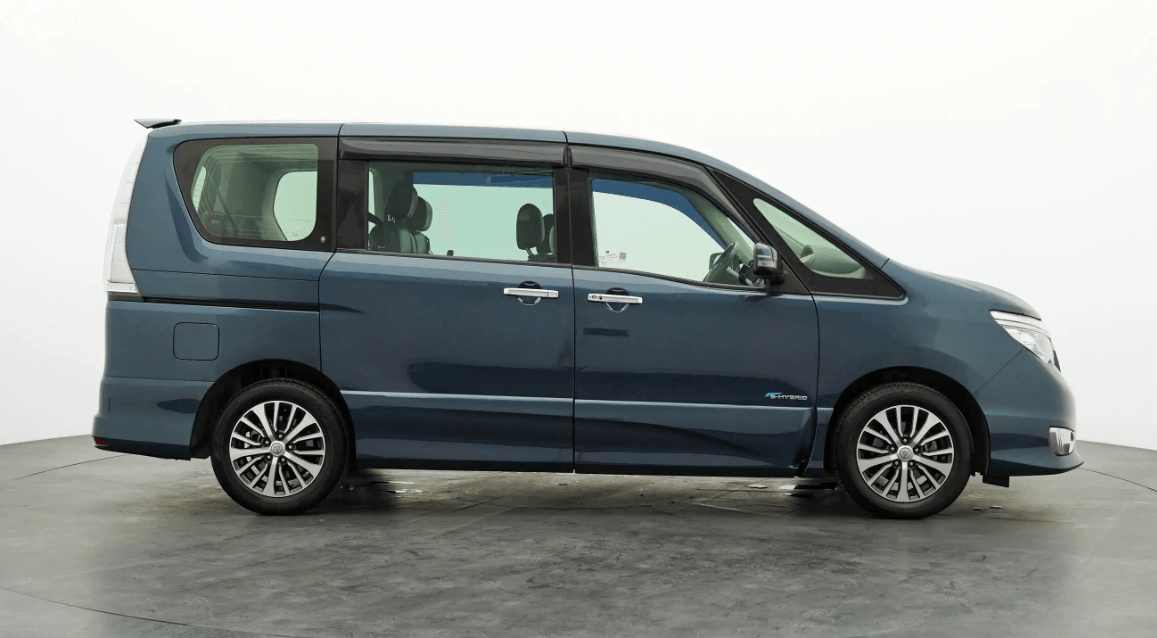 The Serena’s position as the undisputed go-to large MPV also translates into holding its resale value in the used market.

Expect pricing for the CBU pre-facelift models to range from RM60k to RM 70k.

The facelifted, locally assembled models were sold from 2014 to 2018 and range between RM62k and RM100k.

Which Variant Should I Buy?

From a mechanical standpoint, there are no differences between the pre-facelift and facelifted variants. Therefore, the weight of your decision lays firmly on the cosmetic aspect as well as the modicum of additional features.

Aesthetically, the facelift does carry a more modern design while the pre-facelift has begun to look a little dated. Furthermore, if you’re always ferrying around kids, the screens in the Highway Star Premium would be a worthy investment to keep the little ones entertained on the road.

However, if your main concern is the seating capacity, the pre-facelift models do start significantly lower and will work just as well.

Some of the basic running and ownership costs for the Serena C26 are listed in the table below:

Many potential owners might be turned off by the hybrid part of its name with the fear of “hybrid battery replacement” burning a hole in the wallet. As we’ve pointed out earlier, the Serena isn’t really a hybrid. Hence, there’s no hybrid battery to replace.

Instead, there are two regular 12V batteries; a main one that drives the ECO motor and a secondary unit that runs the usual electrical accessories like the wipers and radio.

Owners should note that although both are regular 12V units, they are of the Enhanced Flooded Battery (EFB) type that’s more capable of recovering charges faster in conjunction with the cyclic stresses from the stop-start system.

EFB batteries are pricier than regular lead acid 12V batteries but are closer to a lead acid unit’s pricing.

On the issue of common problems, Noel Chong from JTech Autoserve, an independent specialist workshop for Nissans, shared with us that those are rare and if it occurs, can be traced to poor maintenance habits.

He tells us the Serena C26 is extremely reliable but like any vehicle, timely and proper maintenance is key to that dependability. 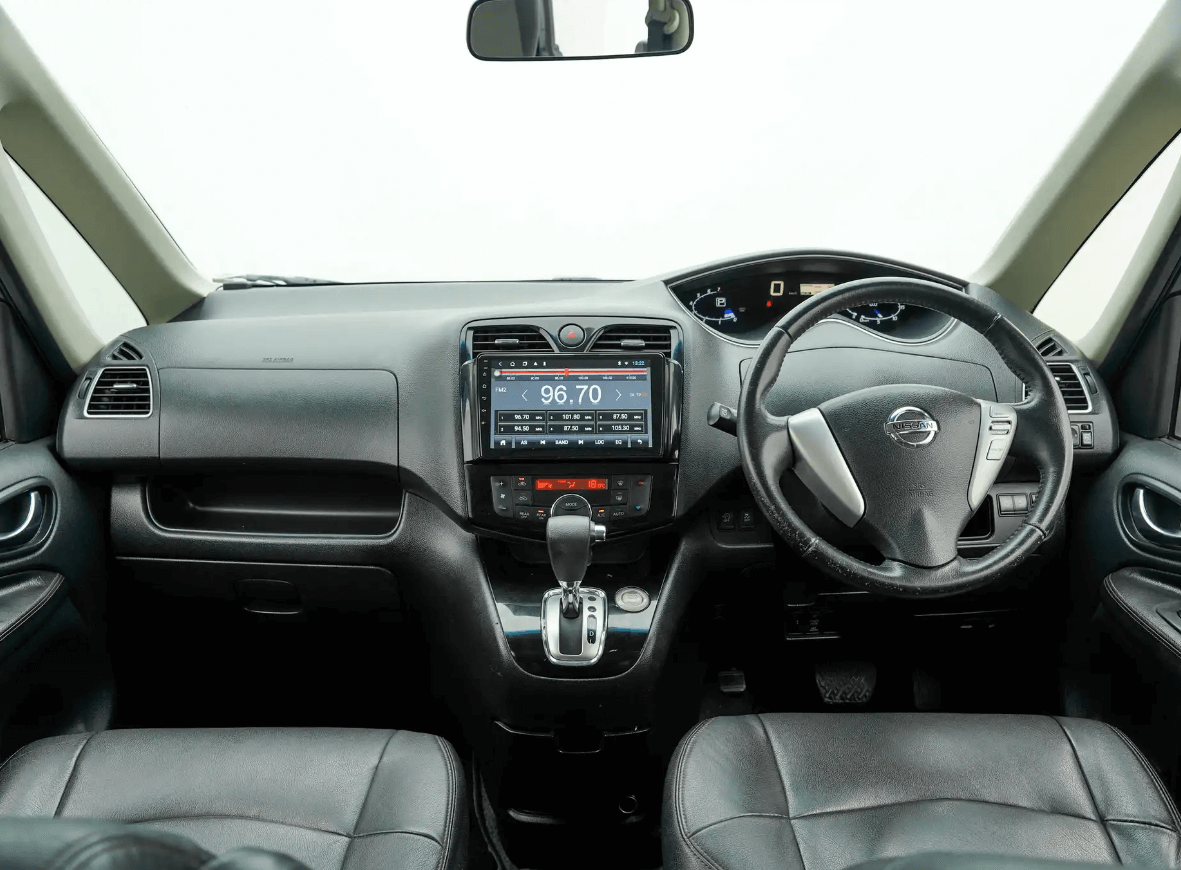 The first is to always use engine oil with the right viscosity as recommended by Nissan. For the Serena C26, that’s fully-synthetic (0W-20) lubricant. The wrong viscosity can lead to increased engine wear and carbon build-up on the valves.

Being a direct-injected engine, the MR20DD is prone to increased build-up of carbon deposits on the intake valves. Noel suggests walnut blasting periodically to get rid of the residue. Expect to shell out in the region of RM500 for the treatment.

One factor of proper maintenance Noel doesn’t recommend sticking to would be the service interval for the CVT-oil. Nissan suggests it be replaced every 80,000 km. He suggests halving the interval to 40,000 km to keep the CVT running smoothly for years to come.

Additionally, the Serena’s CVT has a specific precise leveling procedure to operate efficiently and specialists such as JTech Autoserv possess the tools and know-how to carry out the job.

One thing to always keep an eye on would be the ECO motor belt and pulley assembly. It’s integral to the engine’s operation. Wear in the belt or pulleys can lead to problems and pricier repair work if left unchecked. Noel recommends having the system inspected frequently.

One of the common problems that pop up often would be unusual knocking noises from the underbody. The usual culprit would be worn subframe bushings. JTech Autoserv has more durable, upgraded polyurethane units that last longer but will install the standard items if the customer prefers that.

Constant use of the power-sliding doors lead to issues and in the case of the Serena, it can be traced to a jammed actuator that’s a cheap and easy fix.

While a lack of direct competitors has made the Serena C26’s rise to the top of the large MPV food chain an easy one, it’s a punch below the belt to say it wouldn’t have done so on merit.

Spacious, practical, and easy on the eyes, the Serena C26 does everything expected of a large MPV with aplomb.

Compared to 7-seater SUVs, an MPV is a much more sensible choice as it makes ingress and egress alone much easier. Its relatively compact size doesn’t make it intimidating to pilot as well.

To sum it up, there’s little wrong with the Serena C26 and if you’re in the market for a used, large MPV, it should very well be the first choice on your shortlist. It might even be the only choice.

If you’re in the market for a pre-owned Nissan Serena or similar family car, check out CARSOME today.