A hatchback car might not be the first choice of car for most car enthusiasts, but truth be told, it is the perfect car when it comes to day-to-day reality. It combines the practicalities of family cars on which they are created for with strong performance and sharp handling of bigger built cars like sedans or SUVs. 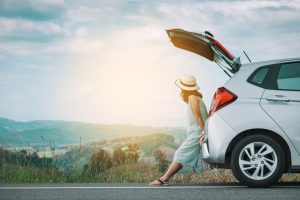 In the beginning, hatchbacks were only manufactured by a few brands but due to the increase in popularity, nearly every automobile brand has one in its list. And in the used car industry, used hatchback cars are sold more compared to any other car types as used hatchbacks are versatile, available in different sizes across different brands and they are affordable/priced reasonably. .

Here are some of the most popular used hatchback cars in Malaysia.

Perodua Myvi – The Perodua Myvi is Malaysia’s best selling car. Nearly every household owns at least one Myvi and everyone in Malaysia (with a driver’s license) would have driven one. 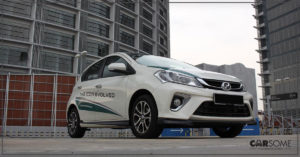 Ever since its launch in 2005, the Perodua Myvi has evolved and adapted to the needs of many. The third generation Myvi features a cabin with ample space, Advanced Safety Assist System, 6 Airbags, Vehicle Stability Control, Front Corner Senses among many others. Its engines that contribute to a comfortable driving experience are as below:

Perodua Axia – For many, the  Perodua Axia is our beginner’s car as it is the cheapest car on sale in Malaysia. It is an economical, no-frills point A to B commuter that doesn’t break the bank for monthly repayment and needed services. Though it might be cheap, this model brings together the best of all in a small package. 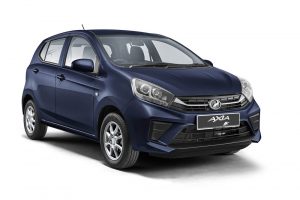 Some of its great features include the new second-generation Advanced Safety Assist (ASA) that consists of Pre-Collision Warning with braking and Pedestrian Detection, and Front Departure Alert with Pedal Misoperation Control. While the engine of the Perodua Axia might not be as impressive, it is one of the most fuel-efficient cars in Malaysia. (Manual variant at 22.5km/L and the AT version at 21.4km/L of claimed mileage). The starting price of the Perodua Axia is RM 24, 090.

Proton Iriz – The Proton Iriz was manufactured back in 2014 as an effort to replace Malaysian’s favorite car, the  Perodua Myvi. Back then, the Iriz offered considerably more safety options compared to the Myvi, but the response was not that great. After the recent facelift, the Proton Iriz looks extremely pleasing to the eye.

The exterior features new headlights from Proton Persona, Sleek Black Roof* with Shark Fin Antenna, Dual Tone Alloy Rim, Rear Bumper with Rear Hatch Design and LED Daytime Running Lamps. On the inside, you have the “Hi Proton” feature, Online Music Streaming, Wider Cabin Space, and Sporty Leather Seats, among many others. The starting price of the Proton Iriz is RM 36, 700 for the 1.3L variation and RM 46, 700 for the 1.6L variation.

Honda Jazz –The Honda Jazz is a beautiful small car that offers big space. It might be on the pricier spectrum compared to the Myvi, Axia and the Iriz, but it is one of the cheapest cars from Honda. 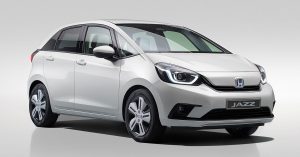 This car has impressed the crowd thanks to a long list of standard equipment and its family-friendly interior. One of the best perks of getting this car is that it parks easily on tight city streets thanks to its excellent all-round visibility and for some variant, you also get front and rear parking sensors as standard. The starting price of a Honda Jazz is at RM 72, 511.

Kia Picanto – Kia’s Pincanto is the brand’s smallest model, but that doesn’t stop it from performing like all its other counterparts. It is a small car that is perfect for taking you to the neighborhood grocery, picking the kids up from school and for a weekend road trip with your loved ones. 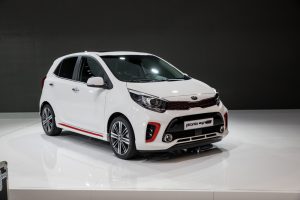 Some of its great features include LED Rear Combination Lamps, MDPS Tilt Steering, Auto Light Control, 60:40 split folding rear seat and 6 airbags, among others. The starting price of a Kia Picanto is RM 47, 950.

Now that you know some of the best hatchbacks to buy, why not check out Carsome for our quality used cars for sale at a slashed price? Carsome is the best platform that provides hassle free buying and selling car services. Do check out the website to know more.