After the second generation, Ford Ranger debuted in Malaysia, Sime Darby Auto ConneXion (SDAC) has cranked up a notch by introducing the 2023 Ford Ranger Raptor here. The Ranger Raptor, just like its predecessor, represents the highest spec out of the Thai-produced, American pickup truck. Perhaps the most striking design in the new Ford Ranger Raptor is its boxy, retro futuristic-like design. In contrast, the previous generation of the Ranger Raptor had more well-rounded proportions. Notably on the front of the truck and its silhouette. 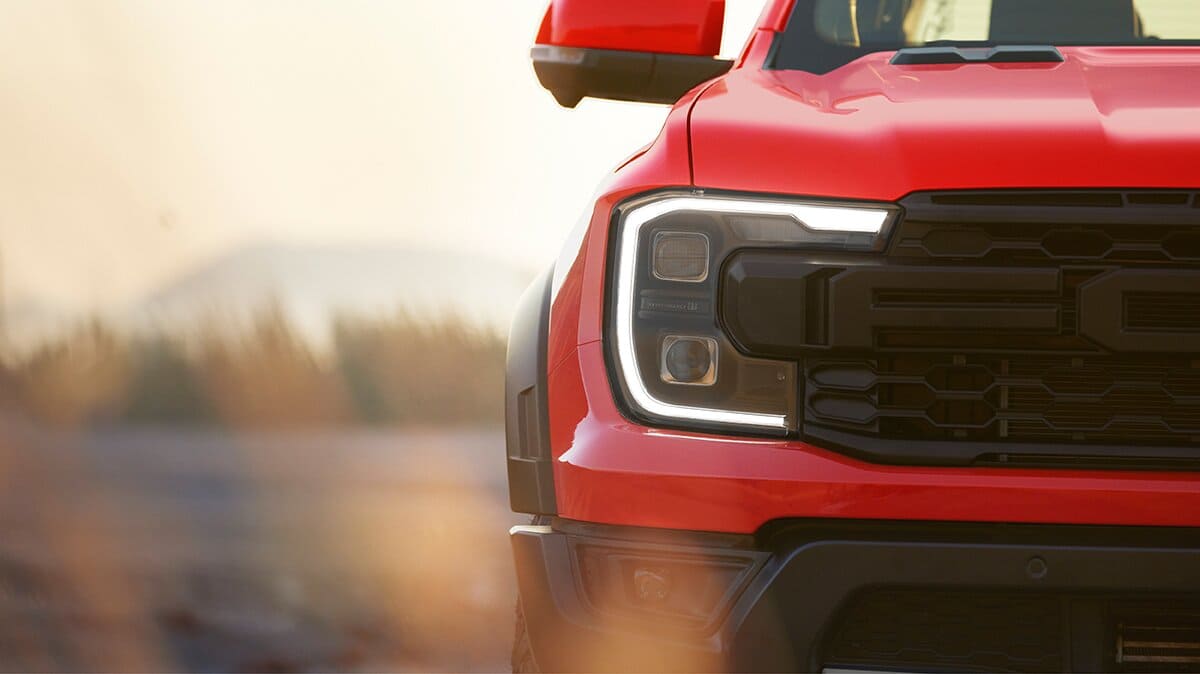 The most apparent difference between the new and old models is the massive grille which houses Ford’s logo spelled out in big blocked lettering. The headlights in the new Ranger Raptor have ditched the traditional headlights and opted for a “C-bracketed” design, possibly to accommodate the brand-new grille. Onto the bumpers, a pair of fog lights are fitted to the lower left and right along with a skid plate in the middle, similar to the previous generation. 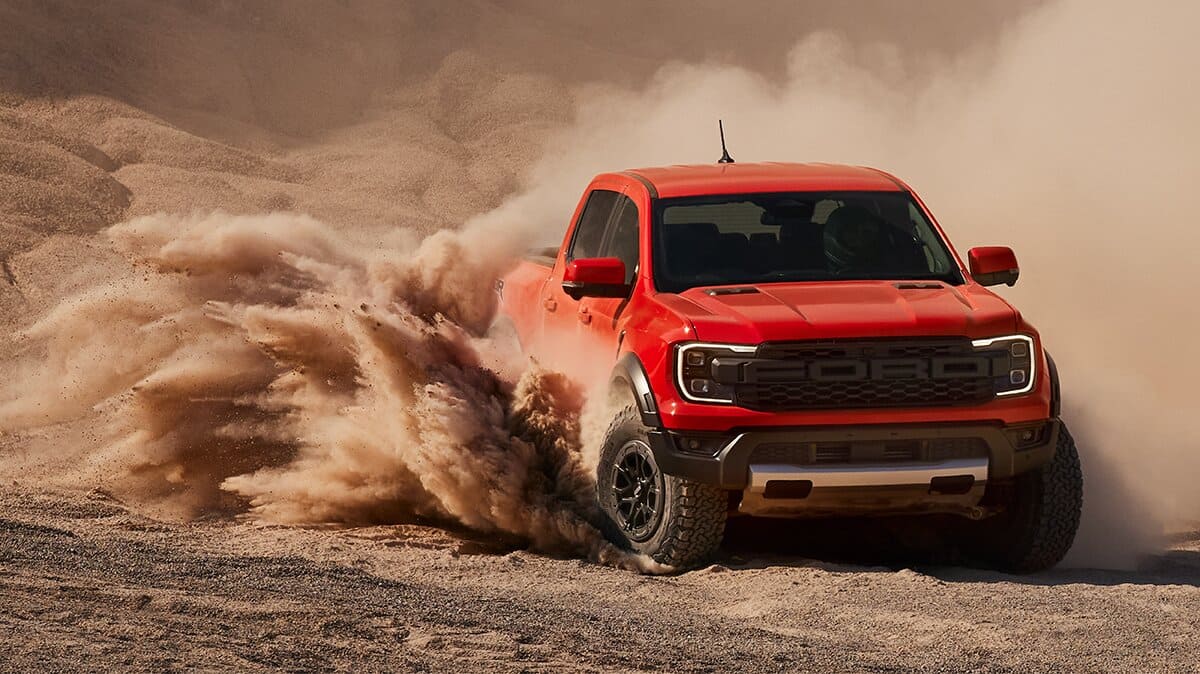 For those who praised the previous generation that had overly aggressive motifs, Ford isn’t holding back for this generation. The offroad-ready pickup truck still retains its signature oversized black, plastic flared wheel arches. This design extends its way from the front wheels before going underneath the doors which doubles as a pedestal for passengers. Then, it goes back up and ends at the rear wheels. This design is also present on the lower-spec Rangers of the same generation, but on the Ranger Raptor spec, it gets pumped with steroids. For those looking to identify a real Ranger Raptor on the streets, look out for its signature flared wheel arches.

Ford has also beefed up the rear of the truck too. Gone were the standard, three-cubed style taillights and a plain flat tailgate. The new Ranger Raptor has hit the gym as seen from the two-toned bulked tailgate along with M-shaped taillights. If that isn’t enough, it even has Ranger spelled out in bold, imprinted on the lower part of the tailgate to flaunt. 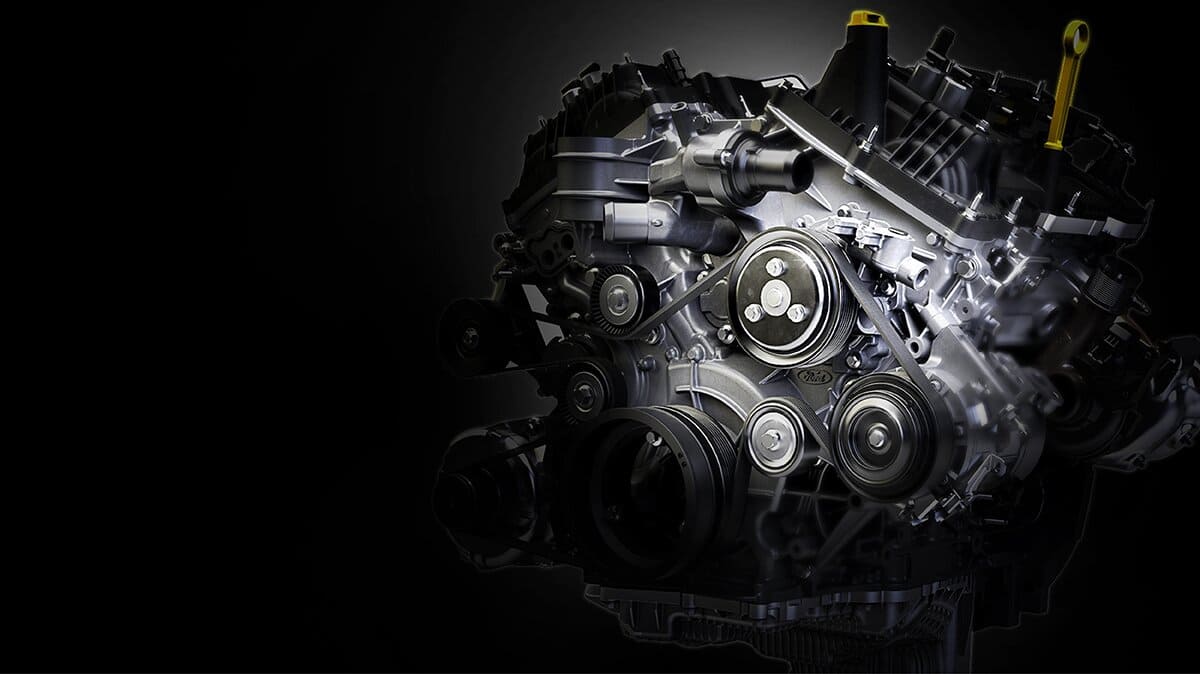 Ford’s ace-in-the-hole in this new Ranger Raptor is a twin-turbo 3.0-litre EcoBoost V6 petrol engine that dishes out a whopping 397 PS and 583 Nm of torque. Nested in between the chassis is a 10-speed automatic transmission that sends that power to all four wheels. This makes the current generation the most powerful Ranger Raptor to date. 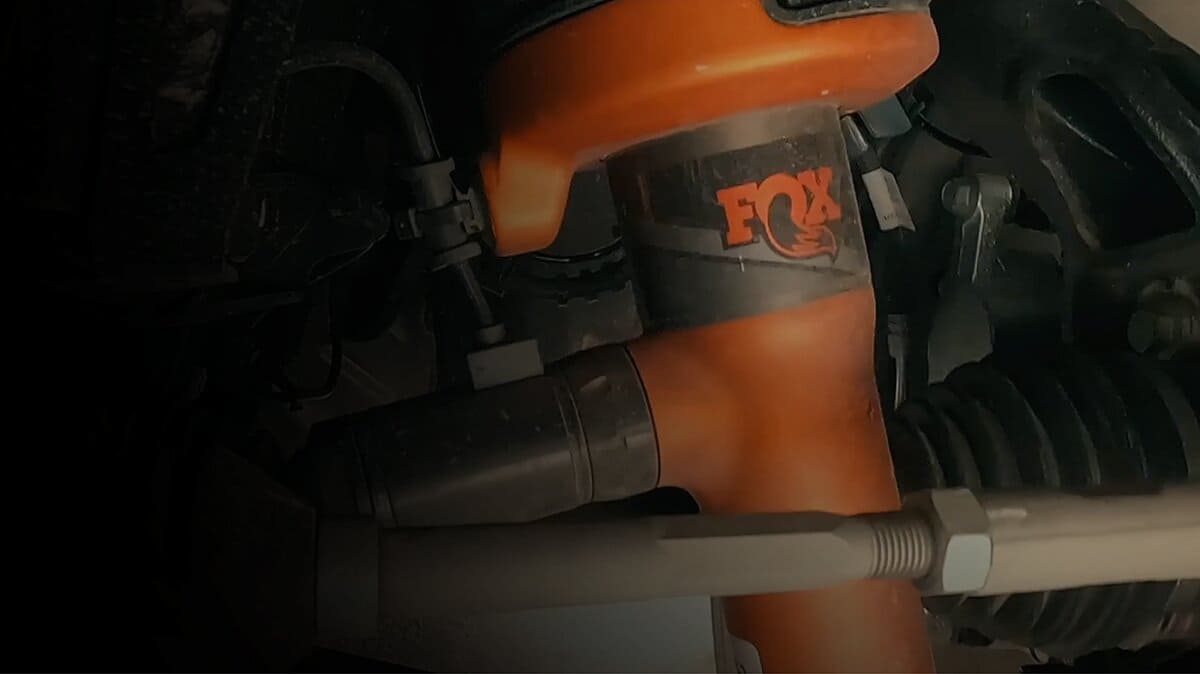 For an off-road-ready truck, Ford didn’t try to compromise the interior for passenger comfort. It still retains its signature black-orange two-toned leather interior. Onto the driver’s seat, you’ll be greeted by a 2.4-inch digital instrument cluster with various displays for driving modes. Android Auto and Apple CarPlay are also present in this Ranger Raptor thanks to its 12-inch Ford Sync 4 Infotainment touchscreen. You can blast Welcome to the Jungle by Guns & Roses with its Bang & Olufsen Sound System built into the truck. 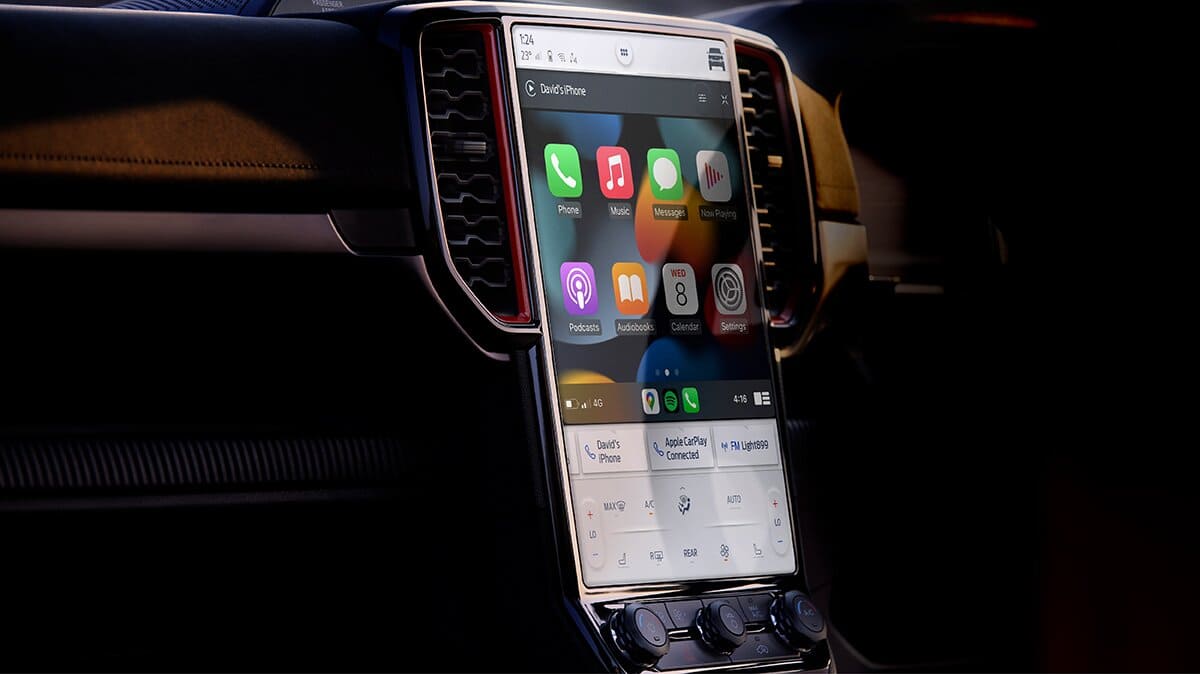 If you’re feeling frisky, there are six up fitter switches located near the rearview mirror to activate any retrofitted feature like lightbars or fog lamps for off-roading. The truck bed also has a power adapter for 12V or 230V applications.

Safety-wise, there isn’t much to shout about with its seven airbags, traction control, ABS, and power steering. Active safety comes bog standard in this generation.

Now that we’re done talking about the brand-new Raptor, how does this dinosaur of a truck hold up against its predecessor? 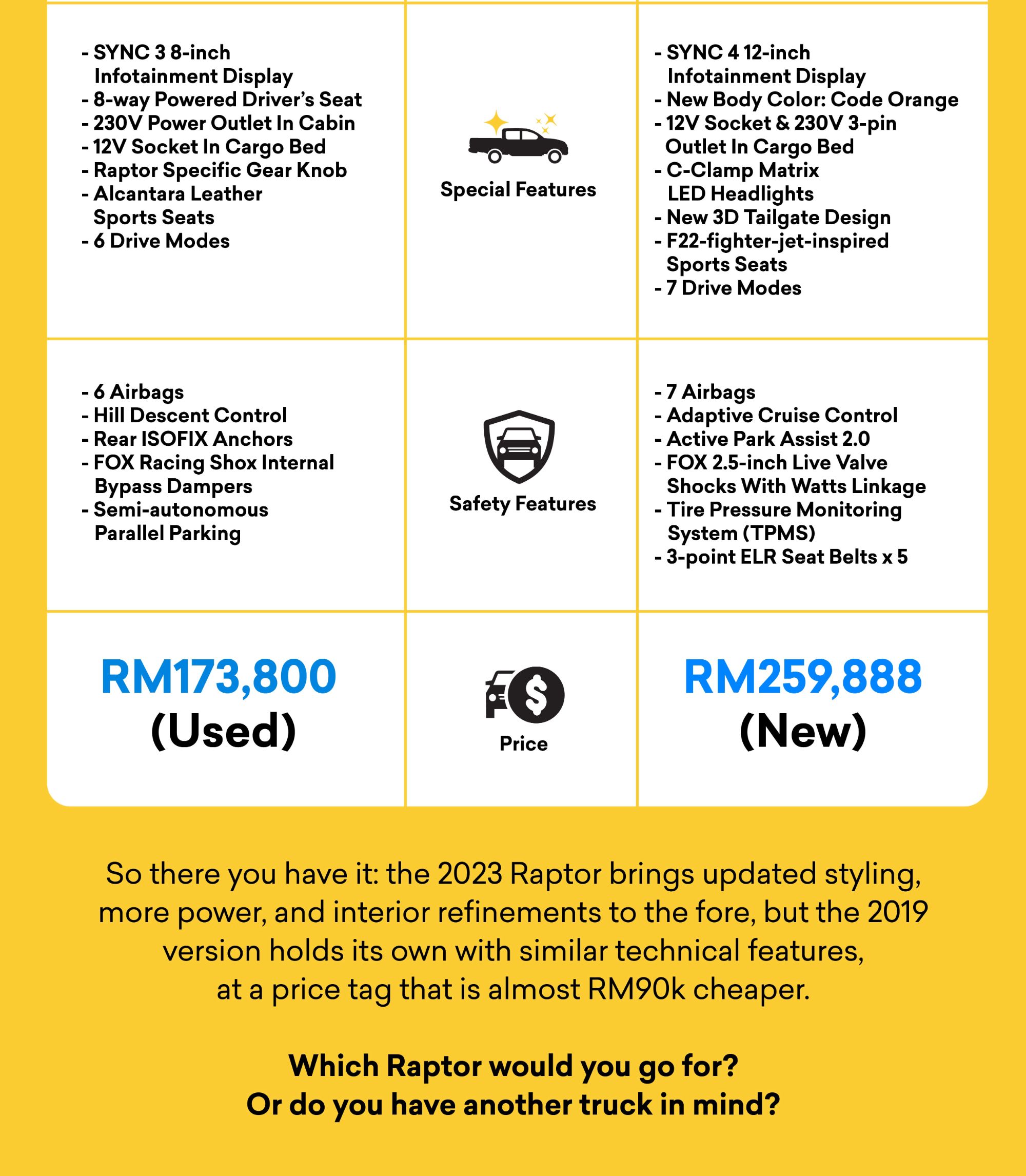 Is a Used 2019 Ford Ranger Raptor a Good Bargain? Buy or Sell This Baja-Ready Truck From CARSOME Today!

Looking to buy or sell your old Ford Ranger Raptor to us? Try CARSOME! We value trust and transparency towards our customers and offer the best value for pre-owned cars. Selling your pre-owned car is easy with CARSOME. All you have to do is book an inspection here, attend it and sell it off in 24 hours!

If you’re looking to buy, CARSOME Certified has a wide range of Ford Rangers and Ranger Raptors to choose from! All of our trucks have been put through a stringent 175-point inspection and refurbished aesthetics to ensure quality. What’s more, what you see listed on our website is what you’ll be paying for. No hidden fees and it comes with a one-year extended warranty, and a five-day money-back guarantee too! Get your own Ranger Raptor today!