For many, a car is the second most expensive thing you’ll purchase in your life. We all know that. Hence, the process and justification that goes into that decision will carry some weight, usually measured in debt from the hire purchase loan.

The obvious first question to ask yourself is, “Can I afford to buy it?” That’s a pretty easy one to answer. If you’re a little uncertain on why it’s a simple query, perhaps you shouldn’t be looking into purchasing a car yet.

Your car doesn’t run on hopes and dreams; technology hasn’t come that far yet. So, you’ll have to maintain it. That’s usually the second question to ask, “Can I afford to maintain it?” This isn’t as straightforward since some new cars come with free maintenance packages for the first few years and some don’t. Typically, the salesman or service center will have an estimated cost for the periodic maintenance and your better judgement should suffice in determining if you can afford to keep it running. 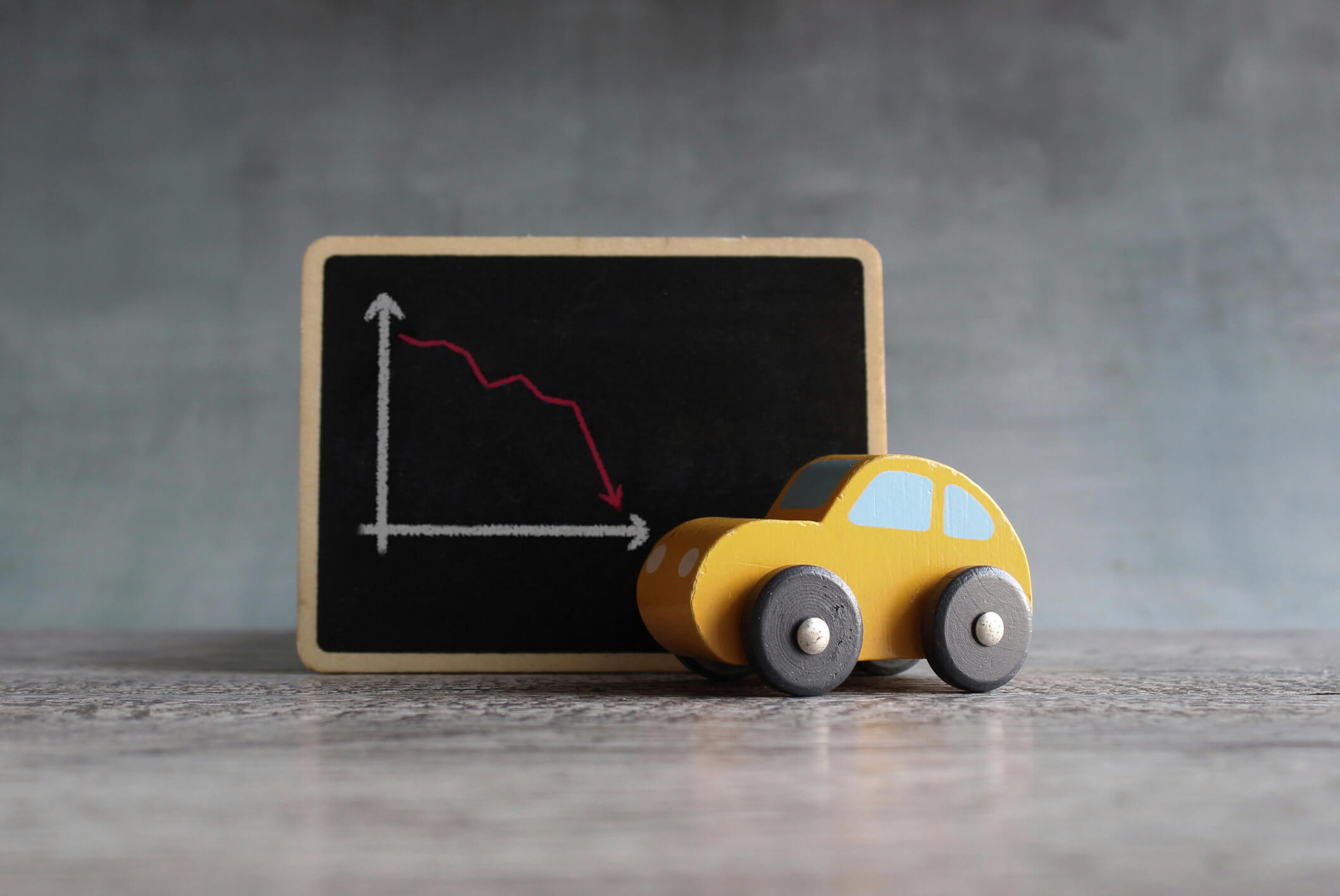 Now comes the part that’s not always a factor for some. We’re talking about the car’s rate of depreciation or resale value. Not everyone considers this a pivotal factor in the purchase of a car. To simplify it, some buy the car because they like it without considering too heavily into selling it down the road, while others are always looking to acquire a new set of wheels after a few years and will want to get the most back on their current car.

What Exactly Does a Car’s Rate of Depreciation Mean?

No, it isn’t the wear and tear over years of use; though that’s a factor in the overall equation. For the layman, the depreciation rate is the difference between the car’s original value when purchased new and the residual value at the time of sale down the road.

With the exception of wine, there aren’t many products that get pricier with age. The same applies to cars. From the time it rolls off the showroom floor, the car depreciates in value as it ages.

Read More: Here Are the Cars with the Best Resale Value in Malaysia

The rate of depreciation refers to how much of that value is lost over time. It differs from model to model and even between different units of the same model as various factors are taken into account. We’ll take a look at some of these factors further down.

Typically, the average depreciation rate hovers around 15 to 35 percent in the first year and tends to experience an exponential hike up to 50 percent as it enters its fifth year. Nonetheless, these figures barely qualify as gospel and is, at best, a rough guesstimate.

Why Does It Matter?

It’s important to understand and know the depreciation rate of your car as it has massive consequences regarding the decision-making around your car.

If you’re always looking to upgrade after some time, purchasing a car with a lower rate of depreciation will help when it’s time to sell and get a new one as the higher value translates into more taken off the price of the new car. On the other hand, if you intend to hold on to it, the depreciation rate might not matter as much. This is usually the case with purchase of non-mainstream brands or segments.

While accurately predicting a car’s depreciation rate is black magic, certain factors and existing pricing of previous models will help. On the occasion that your car has depreciated more than initially expected, you might decide to hold onto it instead of letting it go and getting tied into a new loan.

Read More: Is It Time to Sell or Upgrade Your Car? Here Are the Signs 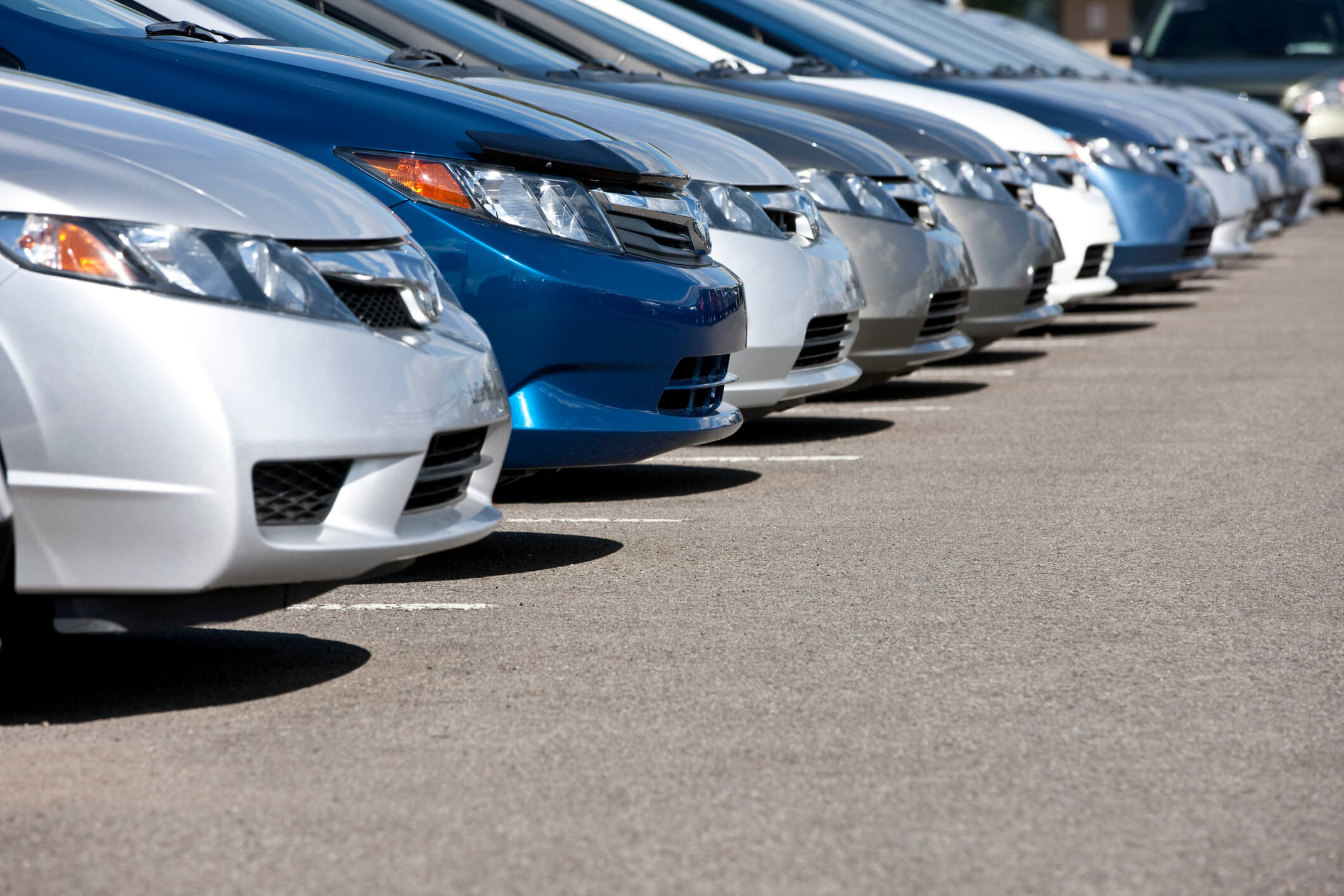 10 Factors that Affect a Car’s Depreciation Rate in Malaysia

You just can’t beat a solid reputation for clockwork reliability. At the end of the day, a car is essentially a mode of transport between two points. That’s its primary purpose, getting you from where you are to where you want to go on demand. Therefore, cars that have a reputation for reliability automatically possess a lower rate of depreciation.

Toyota has carefully curated such a reputation for the humble Corolla as people across the globe think it synonymous with reliability. On the opposite end of the spectrum, marques with questionable reliability will suffer a higher rate of depreciation.

Cars are complicated machines that require periodic maintenance for the gears to continue turning smoothly. Strictly adhering to the maintenance schedule keeps everything in good shape and is a strong indicator of continued usage for miles to come. It’s best to keep detailed records and receipts of the car’s scheduled servicing, especially from an official service center. Do the same if work is carried out at independent workshops as well. A car with a missing or incomplete service history is an immediate red flag.

Carmakers are increasingly offering longer warranty periods, going as far as eight years in certain cases. If the official manufacturer’s warranty is still valid at the time of the sale, it will go a long way in retaining a higher sale price as the next owner can still make official claims if a component fails.

Good optics matter and a car that appears to be in good condition will always hold a higher value. Keeping the paint shiny and interior clean will complement a solid service history. A stained interior, faded paint or minor dents might not affect a car’s ability to take you from Point A to Point B, but it doesn’t exactly indicate an owner that’s a stickler for overall maintenance and will cost you extra to have those issues rectified.

With the potential rise in fuel prices, a fuel-efficient car will literally and figuratively take you the extra mile. If you travel a lot or your daily commute is extensive, getting a car that sips fuel can help you save hundreds, if not thousands, annually. Thus, it isn’t surprising that most models with a lower depreciation rate also happen to be extremely fuel efficient. 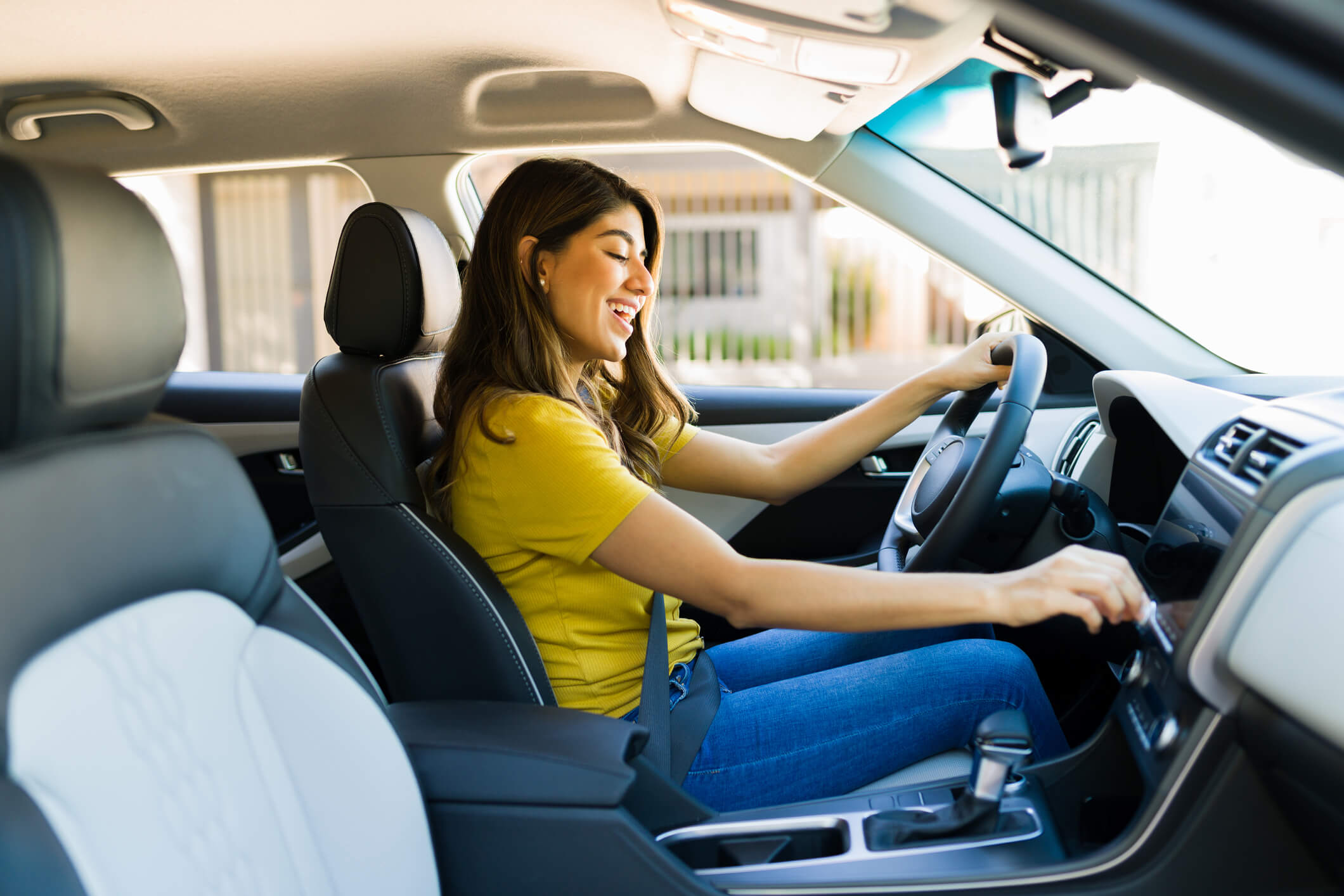 Fashion isn’t the only industry that sees trends come and go. Similarly, consumers’ taste in cars change over time. The current trend leans heavily towards SUVs, especially compact ones. In fact, the Proton X50 dethroned the almighty Perodua Myvi as Malaysia’s best-selling car for July 2022; no easy feat. Therefore, going for a body style that’s popular with consumers will help keep the depreciation rate low.

Read More: How to Transfer Car Ownership in Malaysia at JPJ & Online

Luxury cars are notorious for high depreciation rates. Certain models from premium or luxury marques can depreciate close to 50 percent of their value from new in the first year alone. Models from these segments usually command a much larger servicing cost which is one of the factors behind that abysmal depreciation rate. While it might seem like an easy way to get your hands on the likes of a premium model, remember that your wallet might hurt more when it’s time for a service.

Again, this factor isn’t a deal-breaker for the very same reason that a low-mileage car is better. As long as the car is well-maintained and shows no signs of major accidents or other damage, it shouldn’t matter how many previous owners there are. Most consumers assume that more prior owners must indicate a serious problem with the car but that isn’t always the case. Therefore, this should be at best a consolation but not a deal-breaker in the decision-making.

Most models come in a number of different trim or specification levels with varying levels of equipment. Going for the most desirable trim will ensure that it holds its value better over the same model but of a lower trim. Occasionally, the flagship trim isn’t always the one to get as it might just be cosmetic upgrades. However, if the difference includes a better safety suite, it’s almost guaranteed that this trim will have a lower rate of depreciation. 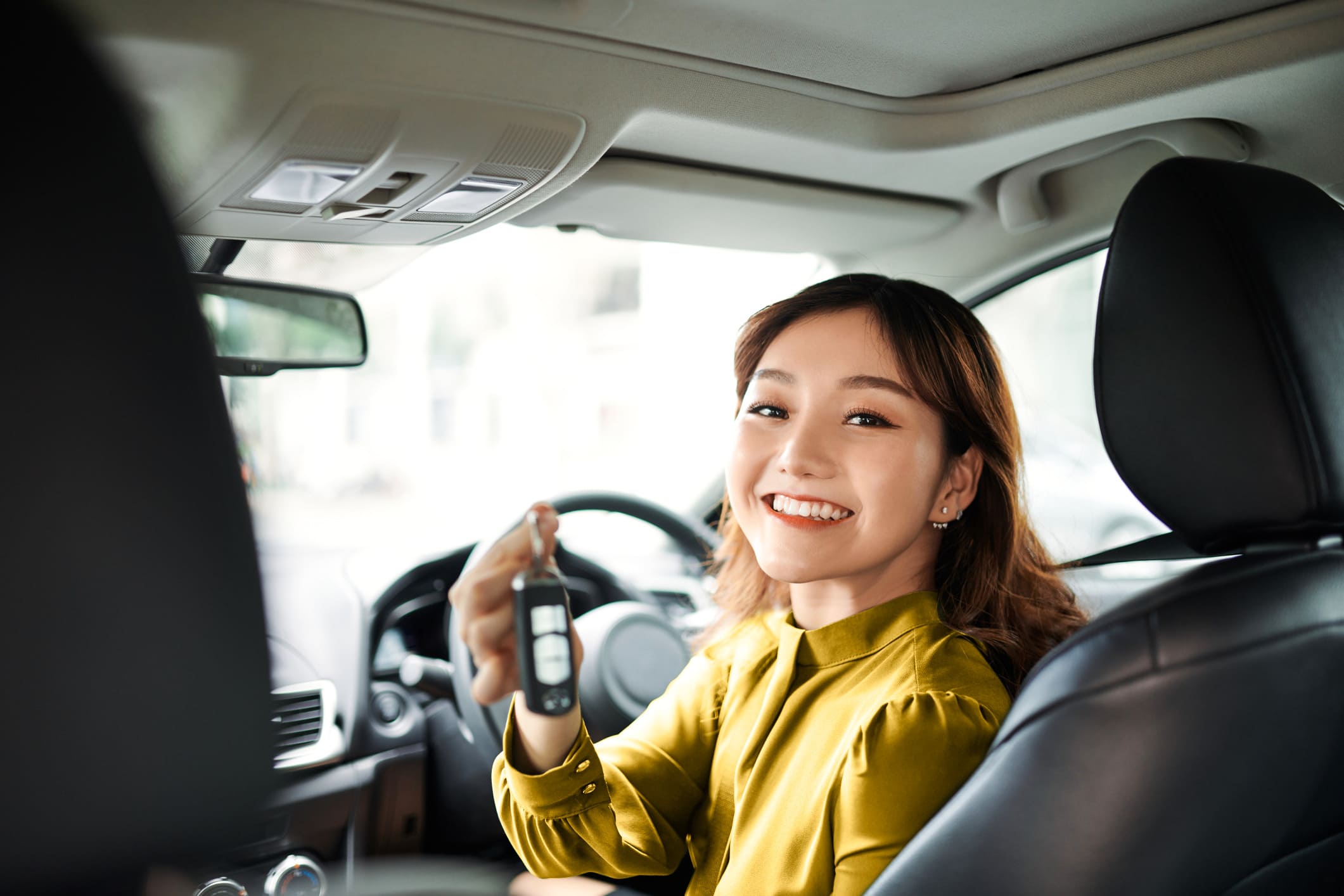 What is the Average Car Depreciation Rate in Malaysia?

As mentioned before, calculating the depreciation rate is closer to black magic than it is to a science. However, the graph for that rate is always exponential and very rarely linear. This means a new car will have a higher rate of depreciation in the first year as compared to five years later.

For example, a car experiences the highest rate of depreciation in the first year. That number could be between 15-35 percent or more depending on the segment. Following the first year, you’ll be looking at a depreciation of between 15-25 percent annually. After the fifth year, the car’s worth is approximately 40 percent of its original value.

How to Minimize the Depreciation Rate of Your Car?

There’s no running away from it. The best you can do is keep the rate as low as possible. And to help you achieve that, here are some tips.

If you’re looking to avoid massive depreciation before your next purchase, a fairly new pre-owned car would be the best way forward as the majority of the first year’s depreciation would have been absorbed by the previous owner.

CARSOME provides one of the best avenues to acquire a pre-owned car with an assurance of quality courtesy of the 175-point inspection, professional refurbishment and 1-year warranty.