Over the past few years. SUVs (sports utility vehicles) have definitely risen in popularity, to the point that most if not all automotive manufacturers have more than one SUV in their catalogue. SUVs are mainly known for their enormous cabin space, and most people who own a SUV would surely tell you that it is way safer than any other car types. In Malaysia, some of the big brands that are known for their great SUVs are Mazda, Proton and Toyota among others and some of the most sold used SUVs include Mazda CX-5, Toyota Rush, Nissan X-Trail, Proton X70 and Proton Aruz which gained a place in the hearts of many Malaysians. 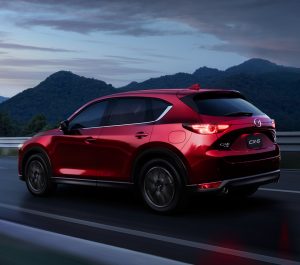 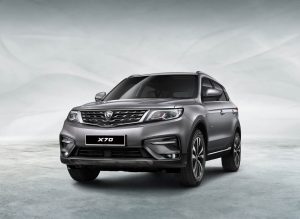 The Proton X70 2020 is a premium C-segment 5-seater SUV. It is powered by a 1.8-liter four-cylinder TGDI engine capable of producing 181 Hp of power at 5,500 RPM and 285 Nm of torque at 4,400 RPM. In addition, this model is also matched with a seven (7) speed dual-clutch transmission (DCT) with manual mode. This powerful engine thus offers a faster, more efficient and smoother gear change. The Proton X70 comes in four variants, namely Standard 2WD, Executive 2WD, Premium 2WD and Premium X 2WD. 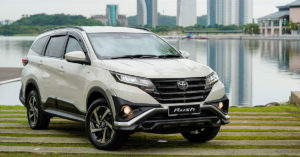 In addition, this model is equipped with 6 SRS airbags, Anti-lock Braking System (ABS), rear view camera and ISOFIX. The starting price of a used Toyota Rush is RM 85,000.

In addition, the X-Trail also comes with some safety features such as Electronic Parking Brake With Auto Hold, Vehicle Dynamic Control (VDC) With Traction Control System (TCS), Hill-Start Assist (HSA) and more. The starting price of a used Nissan X-Trail is RM 72,000. 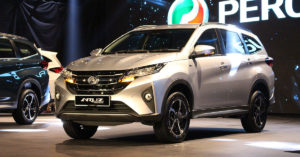 The 2019 Perodua Aruz was officially launched in the Malaysian market in two variants – Aruz 1.5 Advance and Aruz 1.5 X. Both variants are powered by Dual VVT-i 1.5L 2NR-VE engine, DOHC capable of producing 104 Hp of power at 6,000 RPM and 133 Nm of torque at 4,200 RPM. The Perodua Aruz 1.5 Advance is equipped with additional safety features such as Advanced Safety Assist (ASA) 2.0 and Integrated Driving Video Recorder (DVR).

If you are looking for a used SUV car, whether one from the list or any other of your choice, you can always get one on Carsome. Do check out the website to know more.