According to an article by Paul Tan, the sales of SUVs are skyrocketing by 43 percent in Malaysia. In fact, take a look at your surroundings –  do you notice that there are more  SUVs on the road in Malaysia these days? It is estimated that soon, 1 in every 3 vehicles sold in Malaysia will be SUVs.

For those who prefer sedans or smaller vehicles, you may be pressured by your peers and family members to get a bigger car rather than something smaller like a Vios. This begs the question, is an SUV better than a sedan? Or is it the other way around? We break it down for you to make a better decision. 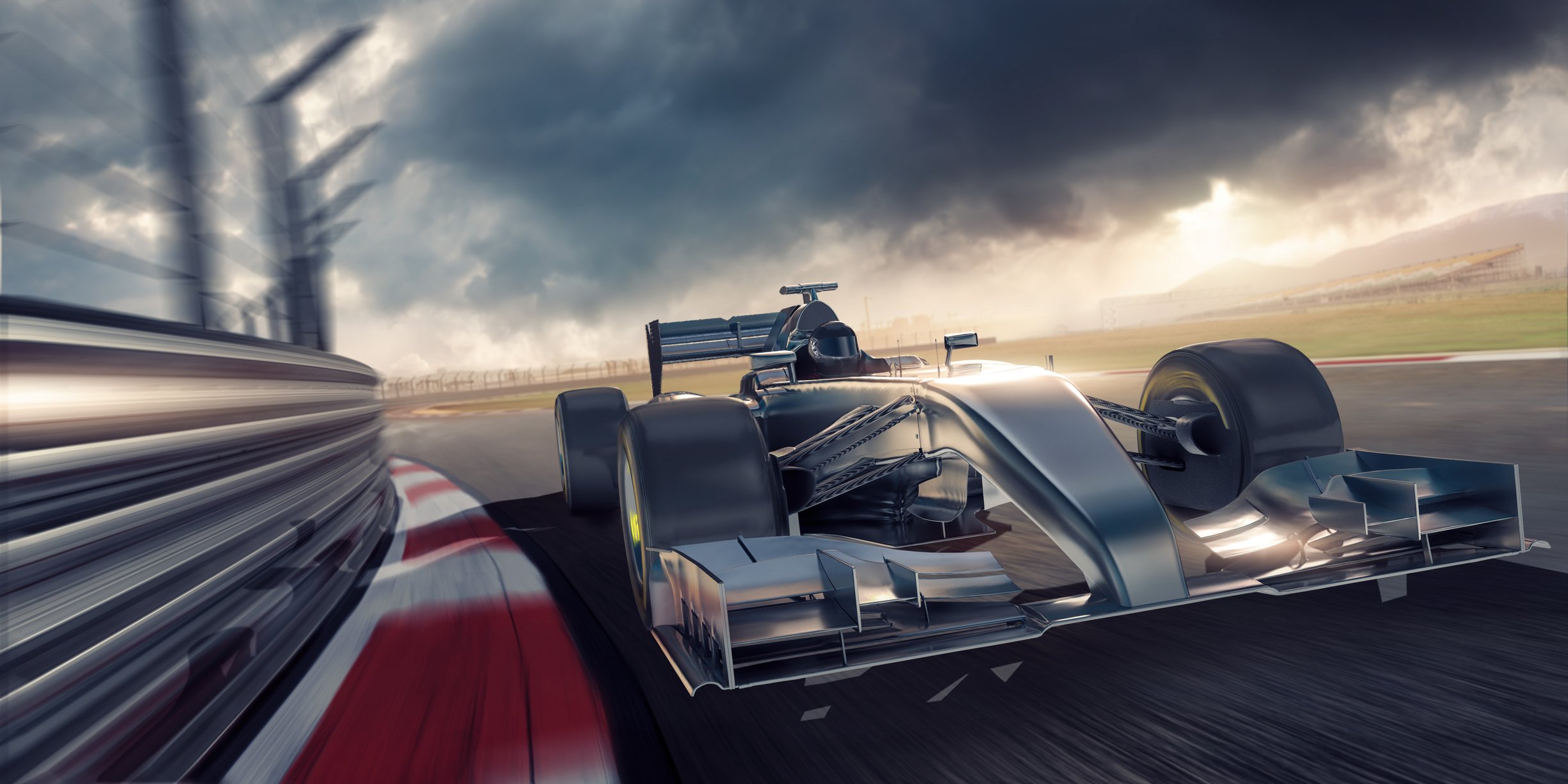 Sedans, for starters, have lower ground clearance. Being closer to the ground, anyone who has a medical condition in their knees or has elderly family members will have no issue getting in and out of the vehicle.

In addition to that, since it has a lower center of gravity and is lighter in weight, you can expect the ride to nimble around corners. But how does a lower ride offer good handling you ask? It’s just physics in action.

The center of gravity is where most of the weight of the car resides. It’s what makes your vehicle grip the road. A thumb rule of vehicle design is, that the lower the center of gravity, the higher the stability of the car. Picture this, a taller bottle is easier to tip over than a shorter bottle. When you apply force to the bottle, the weight of the bottle gets transferred towards the direction where momentum is applied.  A taller bottle would have an unstable center of gravity, thus unable to transfer the momentum while gripping onto the surface properly.

See the price difference between the two? A 17-inch wheel costs half of what a set of 19-inch wheels would go for! And we haven’t started talking about the rims and brakes, that’s a horror story for another time to your wallet. For the aficionados of tasteful mods, you’d get more options in wheel choices compared to 19-inch wheels. Now, go ahead and start browsing for your favorite Enkei and Rays sport rims for your new car. 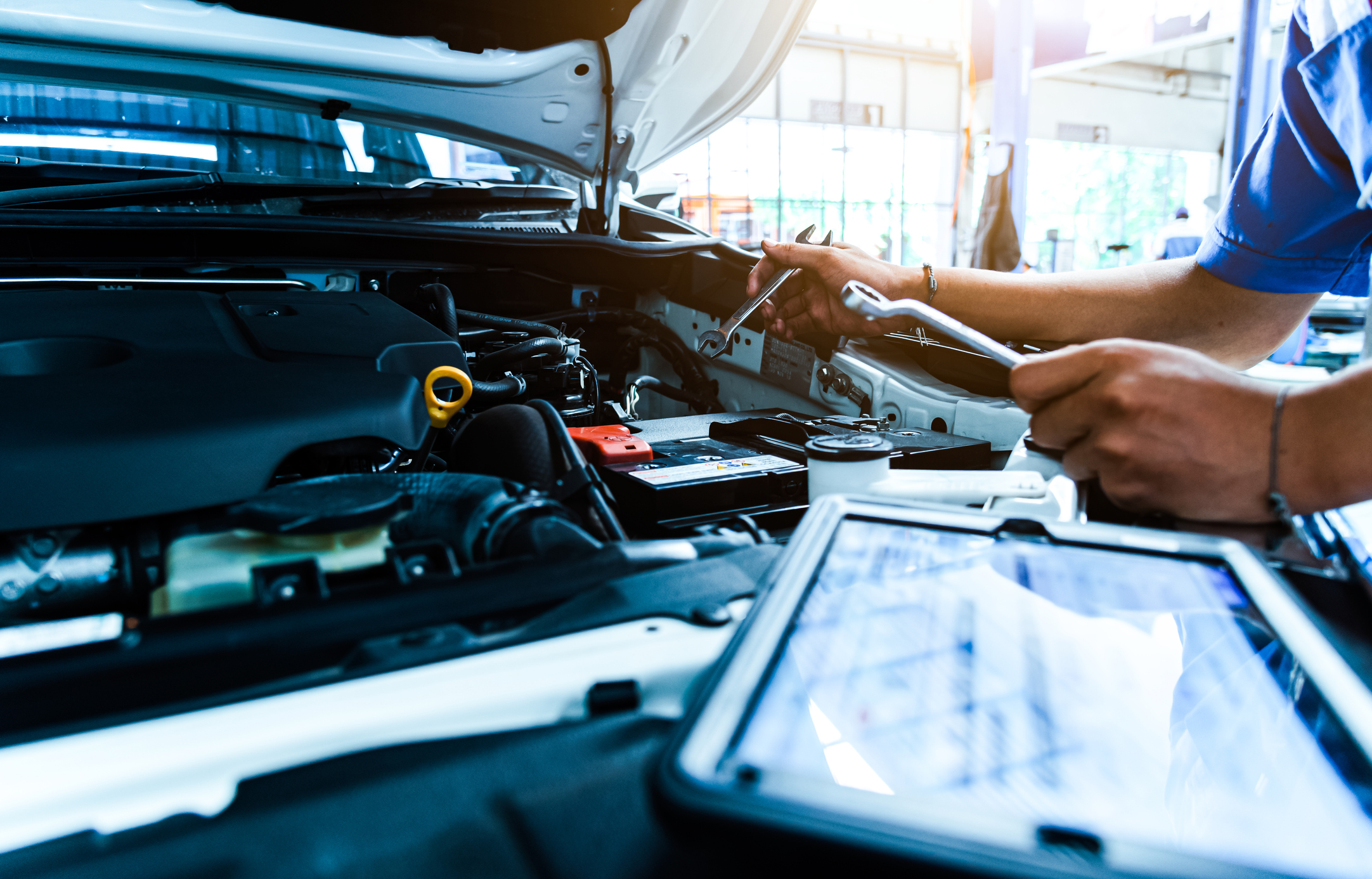 A bigger car means a heftier price tag. A fresh graduate would have a better choice starting off with a used sedan rather than an SUV because of its cheaper price tag. In comparison with a used SUV, you have to be ready to fork out RM80,000 or less.

In addition to costs, having a small fuel capacity has its merits. Getting a tank full of petrol in a 1.5L Honda City will not break the bank compared to a 2.0L Honda CR-V. Moreover, it’s extremely fuel efficient as it is lightweight.

When we talked about weight earlier, this also translates to getting good fuel economy on your car. While some car manufacturers may use the same engine, transmission, and drivetrain for their models, we can’t expect the same performance from each other. A lighter car also has better aerodynamics than an SUV and acceleration. 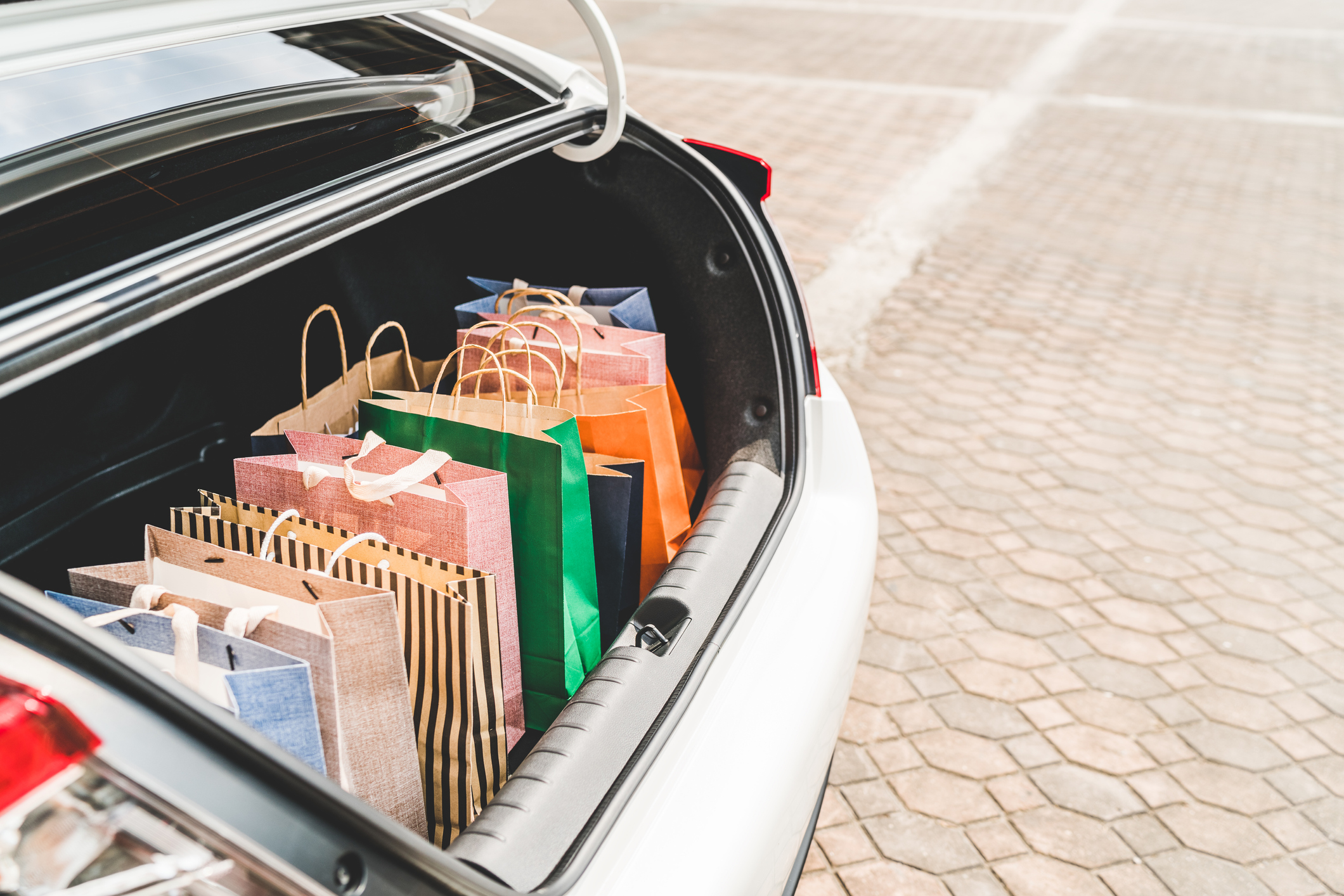 Cargo space? A sedan is a less-than-ideal choice when it comes to carrying capacity. While some sedan models do have a large boot space, it still does not compare to the capacity an SUV can carry. Lots of SUV models offer the option to fold the rear seats to increase their boot space. After all, the main purpose of sedans is focused on passenger comfort in mind, not cargo.

Source: Spirited Away by Studio Ghibil.

Having a lower center of gravity for your cars has its quirks until you start driving on less-than-ideal conditioned roads Malaysia is known for. Potholes, dirt roads, and speed bumps are going to be your arch-nemesis to your wheel arches. If you hit a pothole while going a little faster than usual, you’re gonna feel a huge bump rocking your car, followed by a damaged fender or worse, a broken suspension. An SUV would just brush it off due to its higher wheelbase. What’s more, a lowered car is going to have a bumpy ride if you really have to drive on a non-paved road. 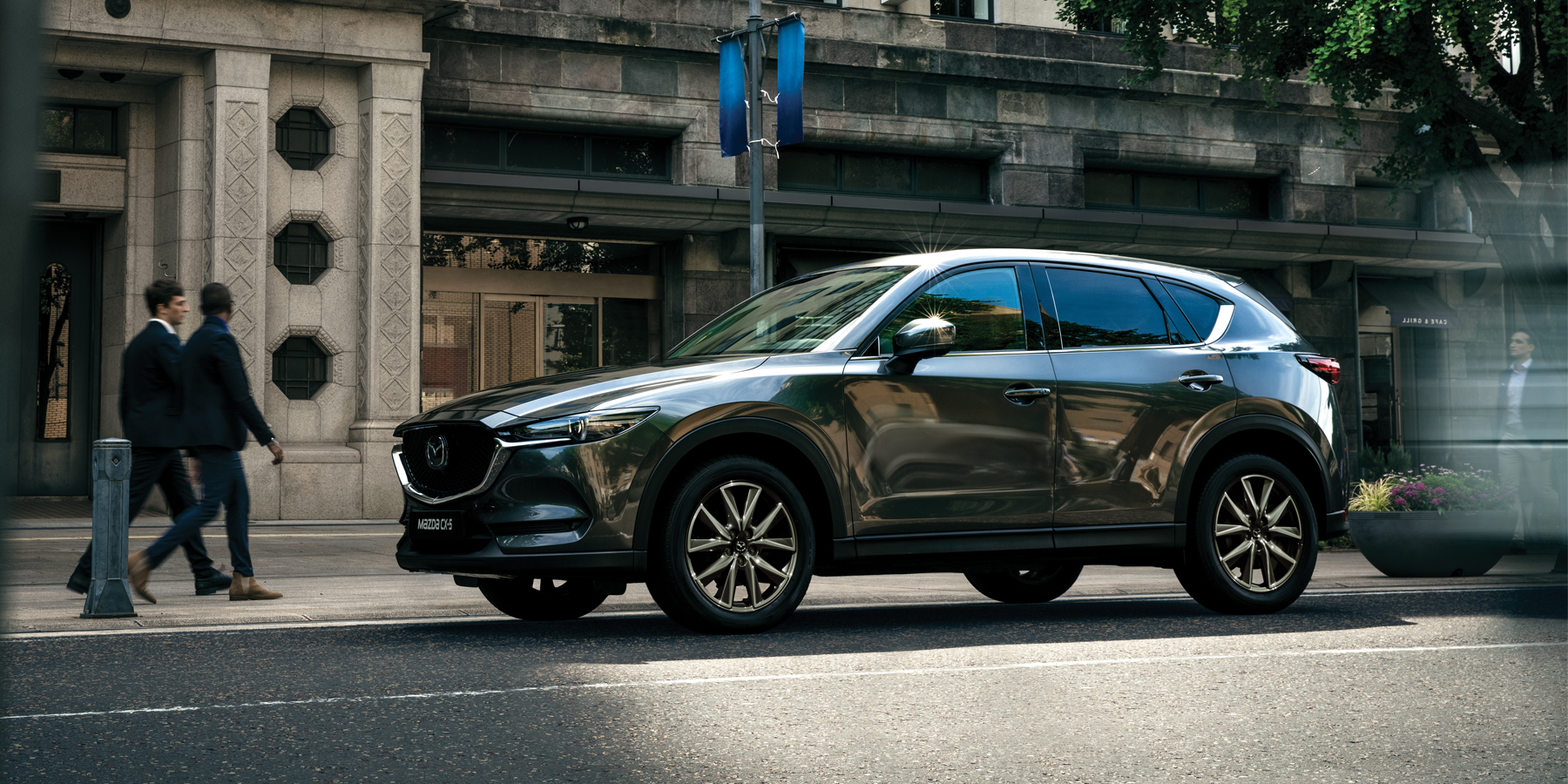 These four-wheeled crawlers that started the trend as a status symbol don’t just sit there and look pretty (and expensive). Having a higher ground clearance does provide better visibility around the road. An SUV has better odds of absorbing sudden bumps and impacts due to a taller ride height.

Ideally, a higher ground clearance makes an ideal ride for regular and city drives daily. Therefore an SUV will be less forgiving towards damages done to the car by potholes and speed bumps than a sports car or a sedan. 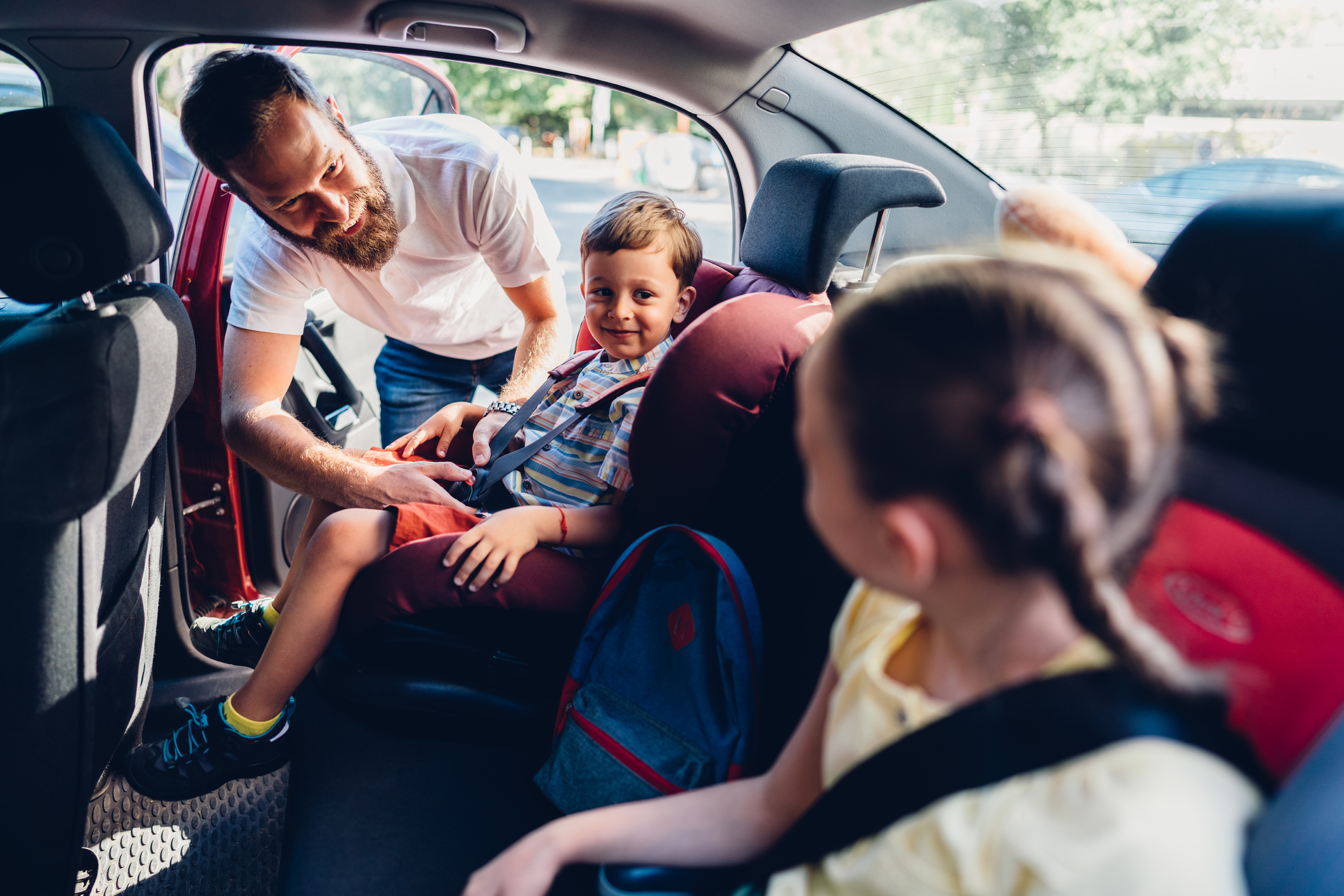 SUV’s chassis are usually heavier and reinforced. With the aid of its unibody design present in modern SUVs, its construction helps to absorb more impact towards the body in the unfortunate events of an accident. A unibody design consists of a cage-like frame with all the chassis components merged together in a single piece. On top of that, unibody cars have more crumple zones built into them to absorb impact better. 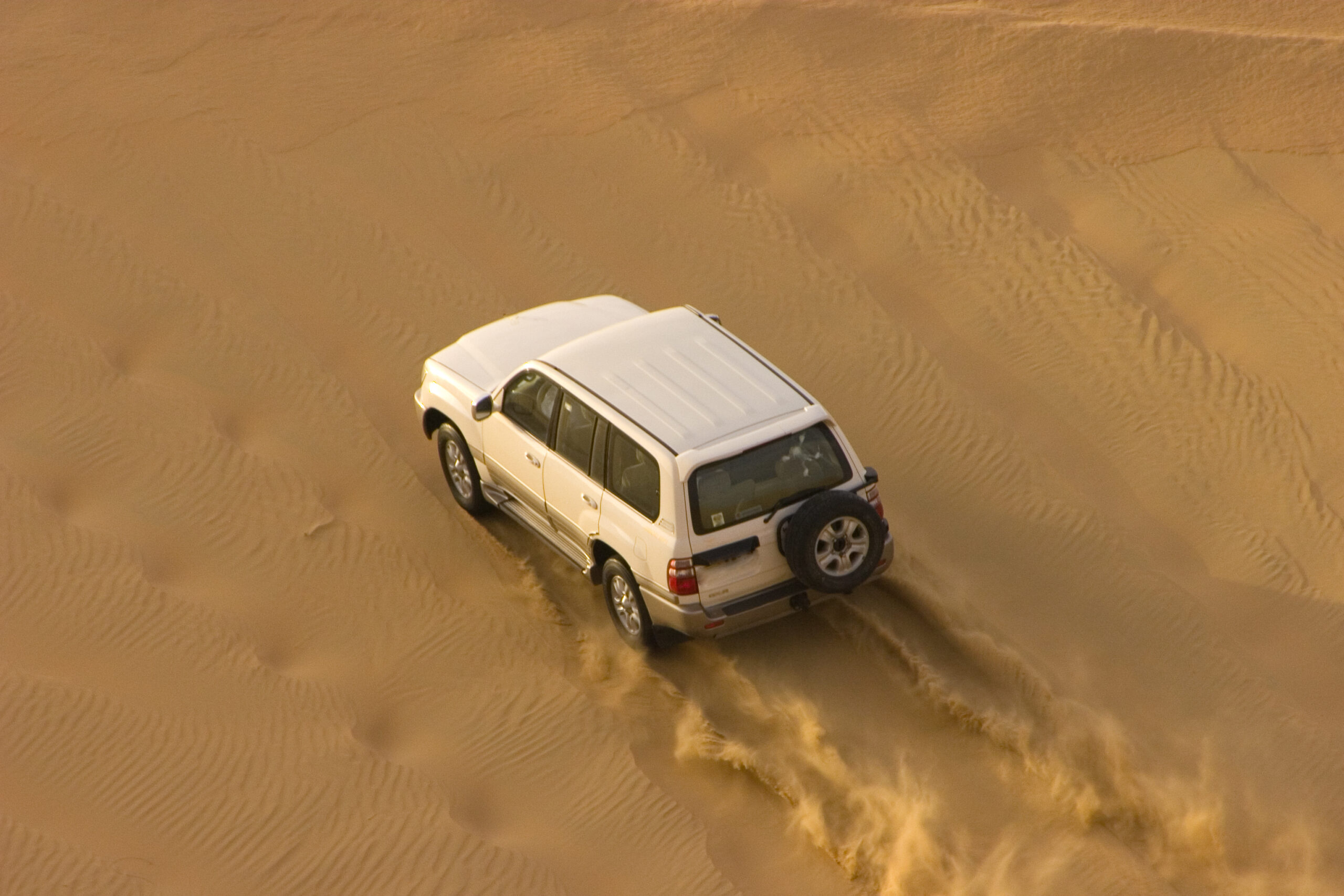 SUVs used to be called four-wheelers (4×4).The design and concept date back to the 30s for military use. They were once rigid, tough, and off-road-ready vehicles, ready to take on the rugged terrains of the desert and jungle. If some of you here are old enough and had a family member owning an old Mitsubishi Pajero, Toyota Land Cruiser, or Perodua Kembara, that was the template for SUVs we know today.

Fast forward to the present, it is seen as a symbol of luxury that earns the delight and approval of your family members for every festive holiday. While people don’t usually take SUVs for off-roading anymore, some elements of its 4×4 predecessors still remain. For example, modern SUVs still have the generational turbocharged engine and offer All-Wheel-Drive (AWD) options. These amenities, combined with a myriad of driver assistance options, make it a torquey machine to drive. 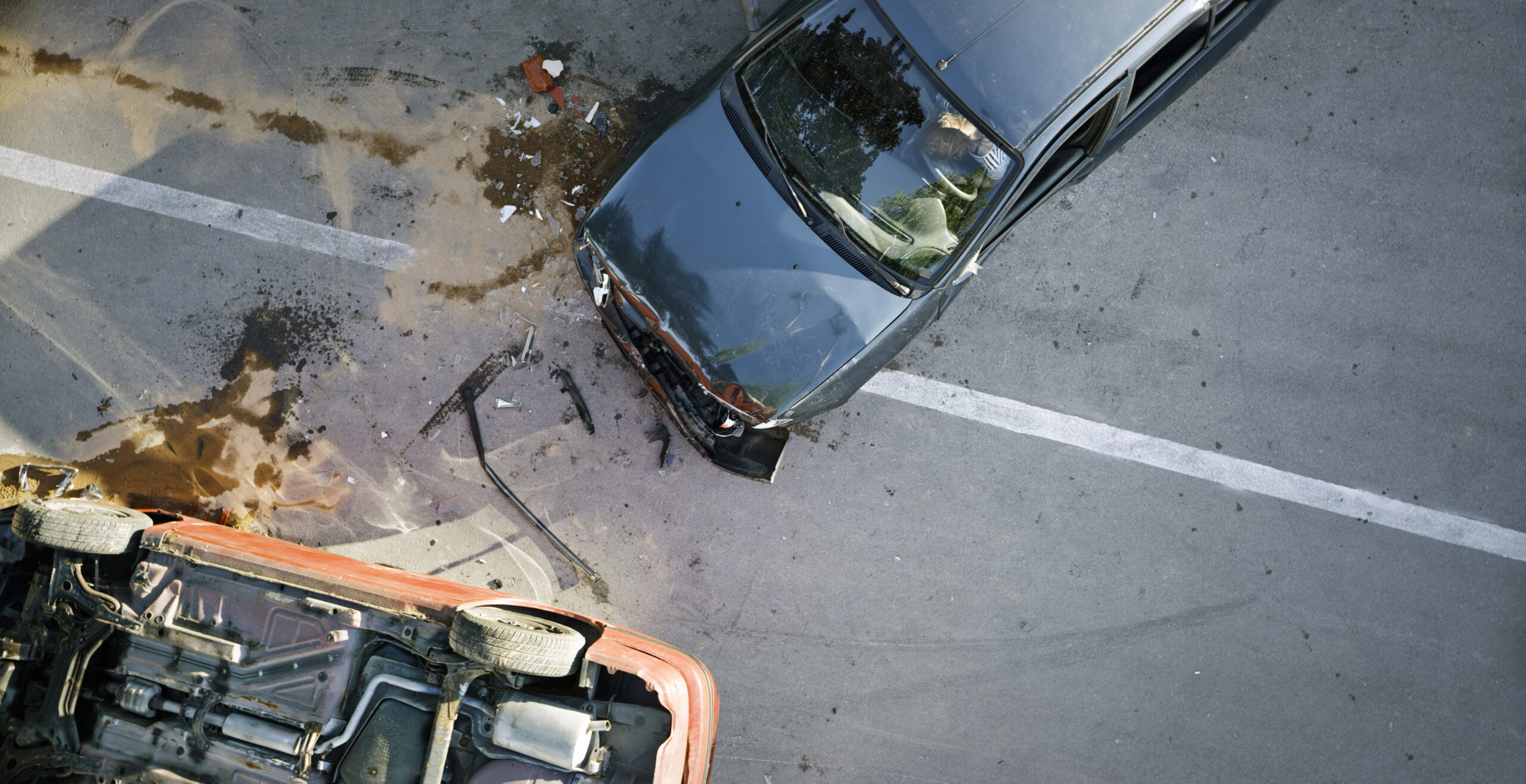 A study by the Insurance Institute of Highway Safety (IIHS) says that SUVs are prone to hit more pedestrians during turns. While having higher ground clearance for better visibility may be a good thing, an SUV will have plenty of blind spots for drivers at close range.

The Canadian Broadcasting Company (CBC) has also tested this theory by ramming a poor test dummy with a sedan and an SUV. Results? The dummy only suffered body damage below the waist due to the lower ground clearance of sedans. On the other hand, an SUV managed to damage the dummy’s body that houses our vital organs after the crash. As ironic as it sounds, an SUV can keep its passengers safe, but not those around it. 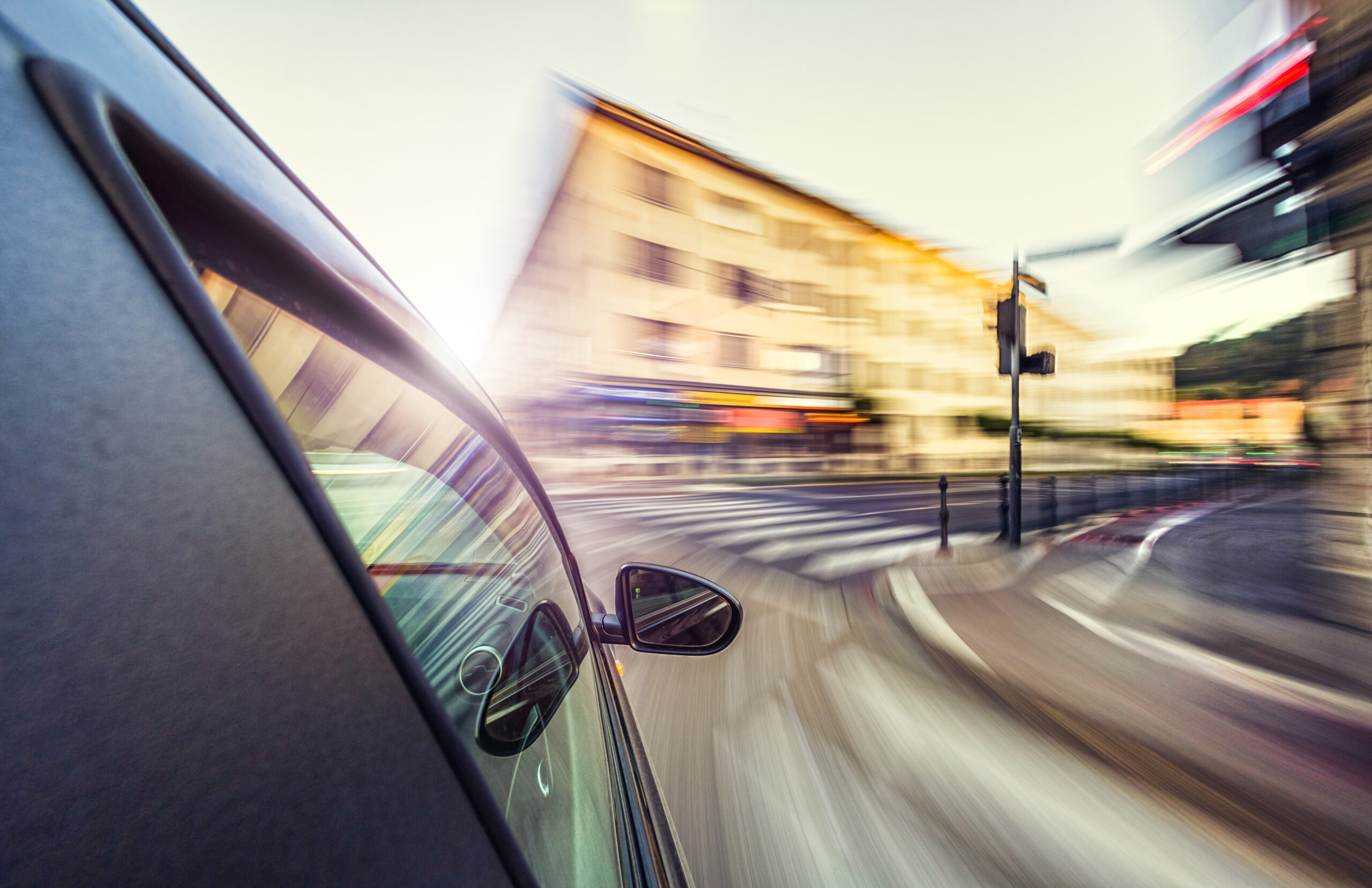 As the saying goes, one man’s pleasure is another man’s poison. Despite plenty of research showing how much danger an SUV poses to others, people still buy them for – ironically – safety reasons. The U.S. National Highway Traffic Safety Administration reports that an SUV is three times more likely to kill a pedestrian on impact than a regular car.

Furthermore, CNN reported that people who own SUVs are more likely to behave recklessly since the higher price tag and extra ground clearance of their SUVs make them feel superior on the road. This lulls drivers into a false sense of security that the rigidity of an SUV will give them more stability on the road. Another report by the University of Helsinki concludes that drivers of large and expensive vehicles are more likely to break traffic rules. 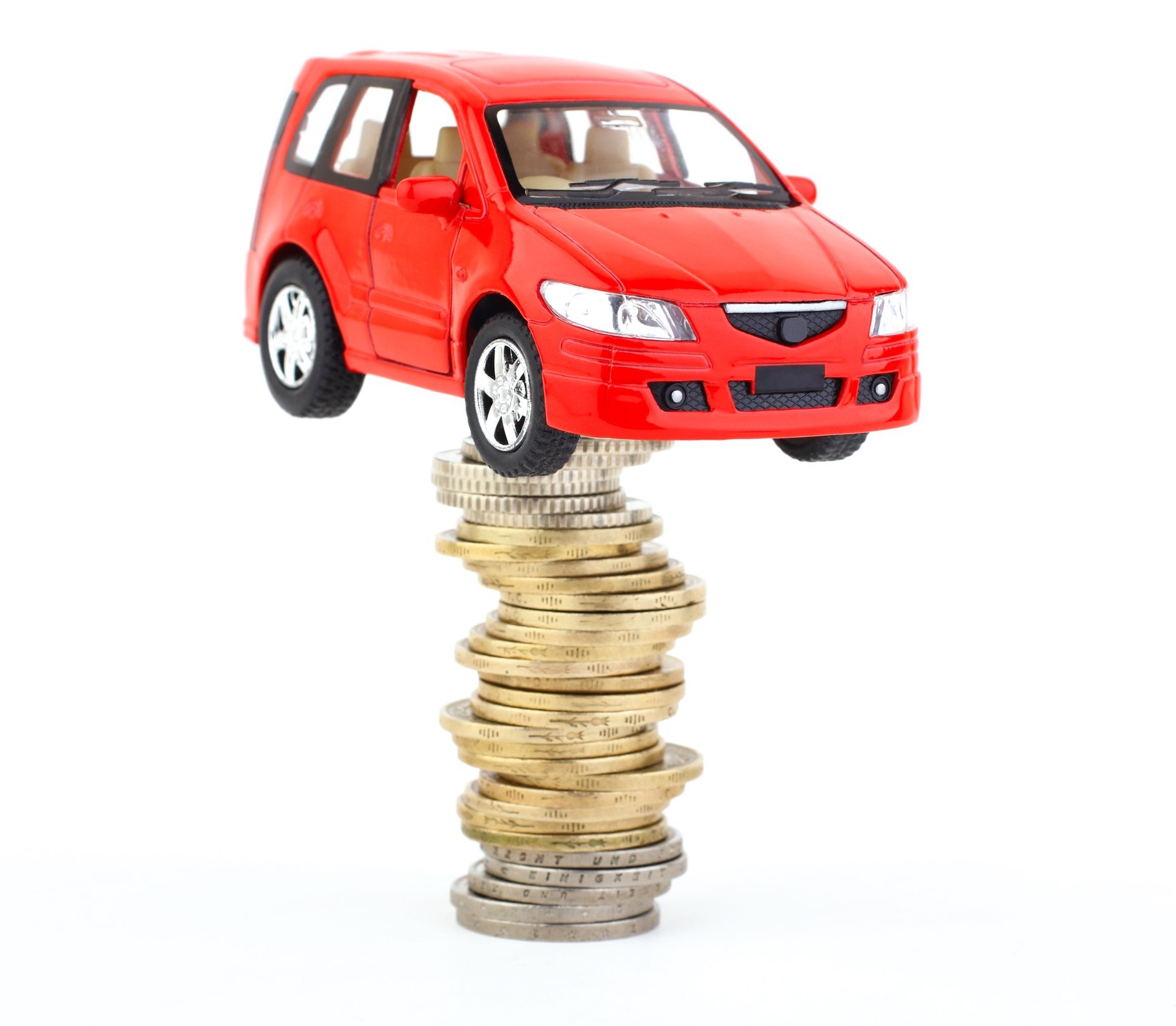 It’s no secret that a car with a bigger size does come with a hefty price tag, even on used ones. Those looking to buy an SUV may have to fork out a minimum of  RM80,000. But fret not, there are actually CARSOME Certified pre-owned SUVs going for under RM80,000 here.

The good news is that the value of SUVs depreciates more over time so maybe snagging a pre-owned one could be a better bargain.

Sedan or SUV, Find Your Dream Car with CARSOME Certified

Find your car with CARSOME today.