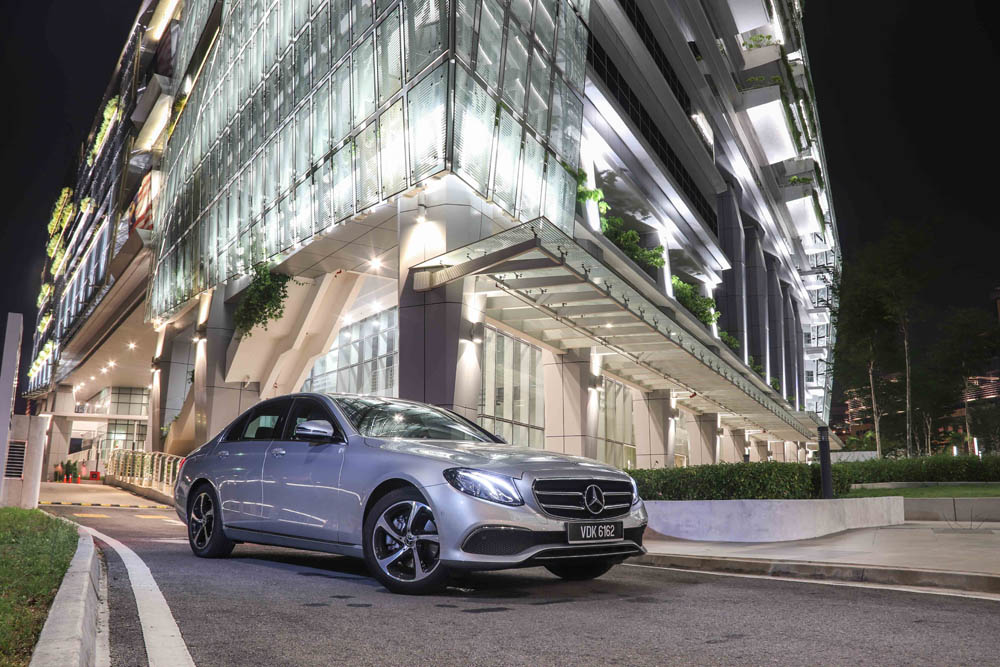 If you speak to quite a few people about the design of the current 10th generation W213 E-Class, many would agree that it’s the best looking yet. With this generation, Mercedes-Benz decided to take a more streamlined approach aesthetically. The result is one that sits between the flagship W222 S-Class and W205 C-Class. Together they share design elements that drive and represent the brand’s core sedan range. 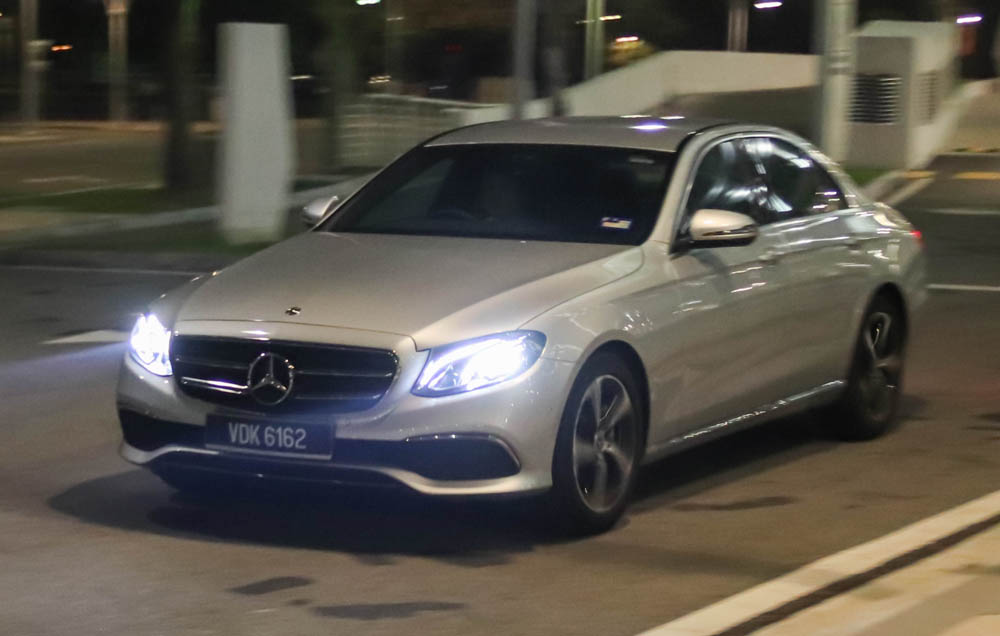 The W213 E-Class in Malaysia has actually seen multiple updates since its official launch in 2016. Apart from the local assembly in 2017, the current E introduced the E 350e plug-in hybrid, updated the trim range in 2018 and announced the E 300, and once more early this year with a refresh to new engines and an E 350 AMG Line variant. Are there significant differences to the 2019 update? Will an engine change improve the experience? Mercedes-Benz Malaysia loaned us the E 200 Sportstyle for a weekend. We will compare it with our original impressions back in 2017. 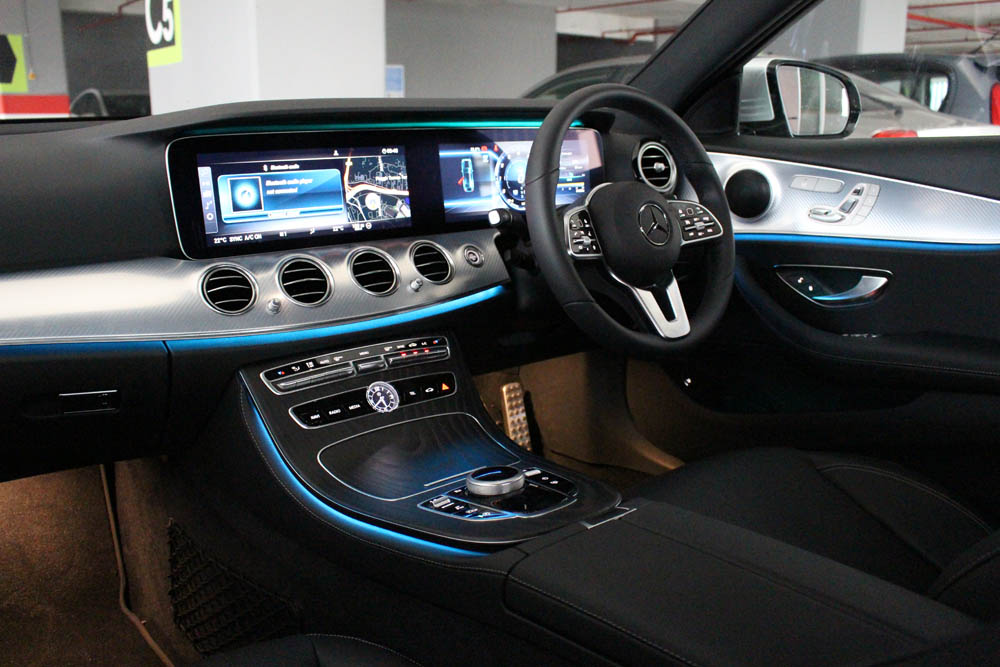 When we first experienced the E 200 and E 250 two years ago, the technology and design blew us away. Somehow the brand took what they learnt in the S-Class and C-Class and packaged for the future. 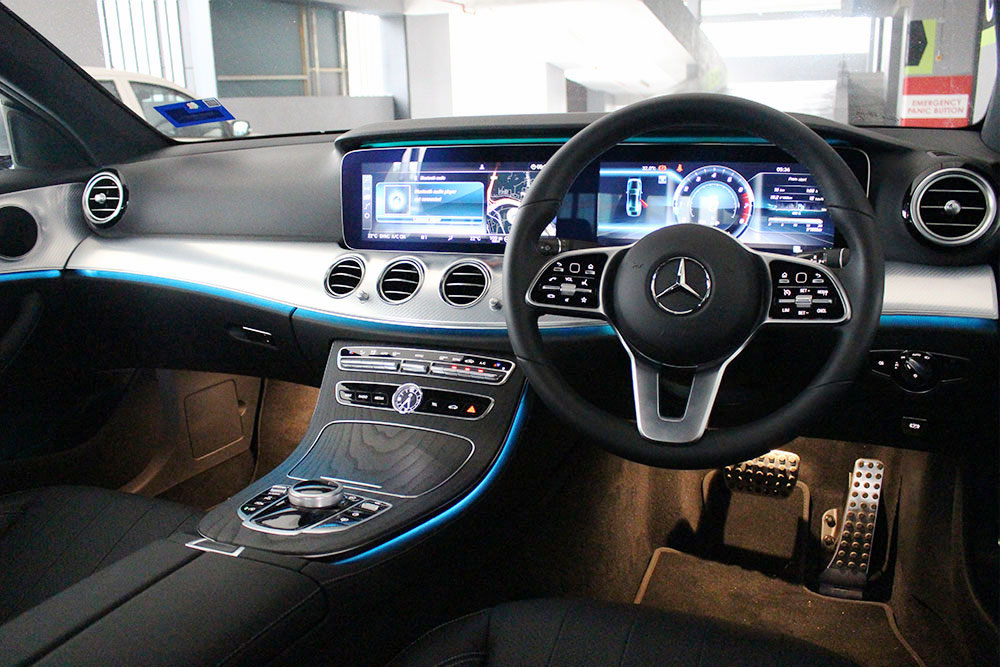 Gone were the analogue dials and traditional buttons, and in were a streamlined layout that made the user interface easier to navigate. 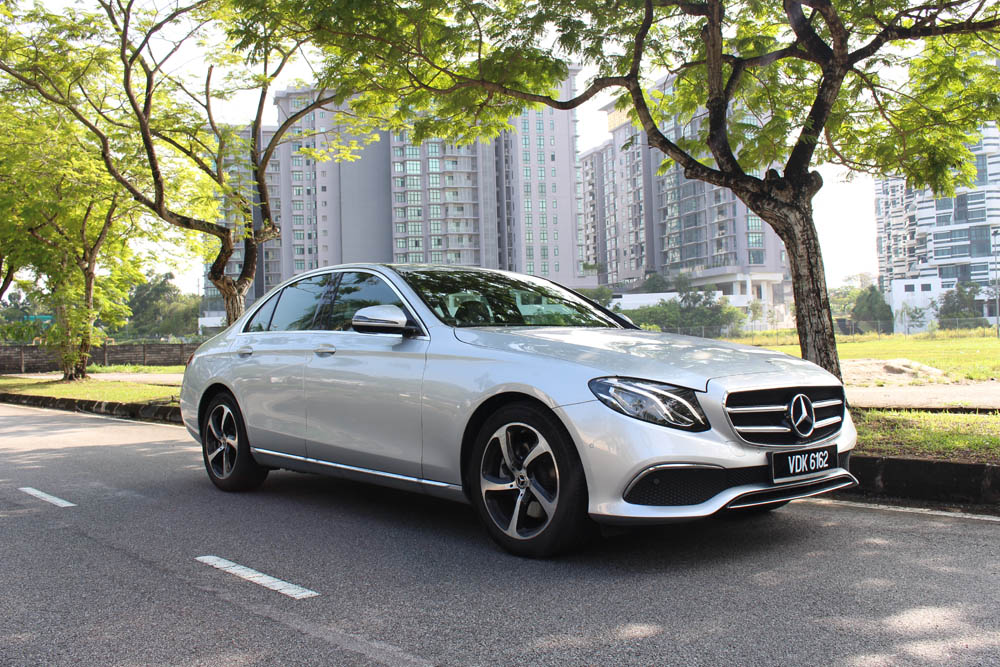 For the 2019 update, minor upgrades have been made to the previous iterations. Now with the Sportstyle badge, the E 200 comes with new 18-inch five spoke alloys and additional chrome on the front bumper similar (apart from the grille) of the E 250 Exclusive Line before. 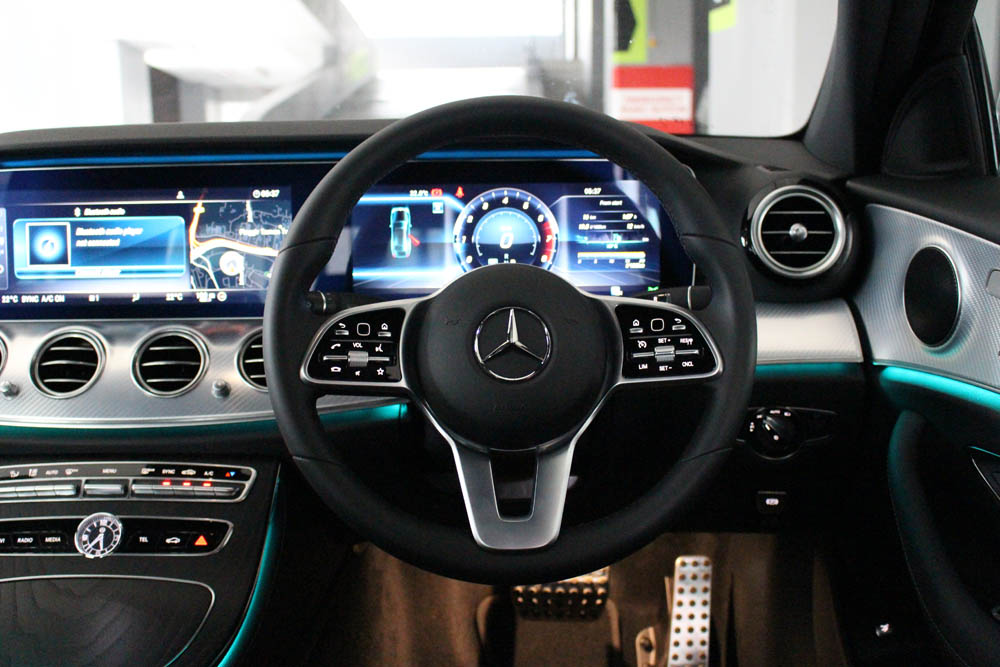 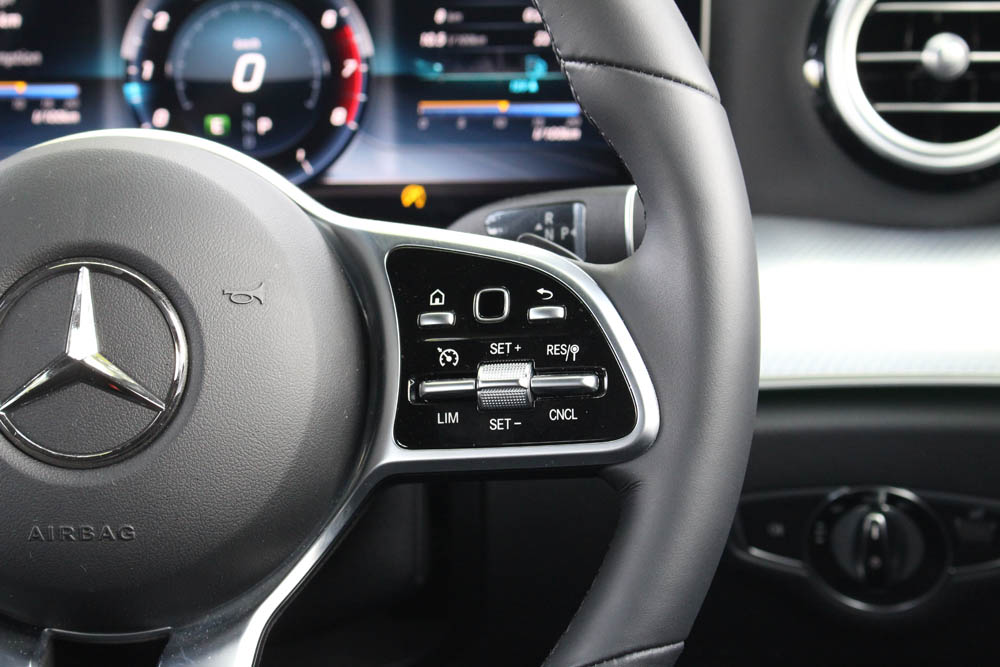 Inside there are some goodies to keep up with the brand’s newer cars. The steering wheel for one is the latest seen in the latest C-Class and A-Class models that feature a redesigned touchpad, audio, cruise control switches. Trim now is a light carbon-grain aluminium with an open-pored black ash wood centre console. 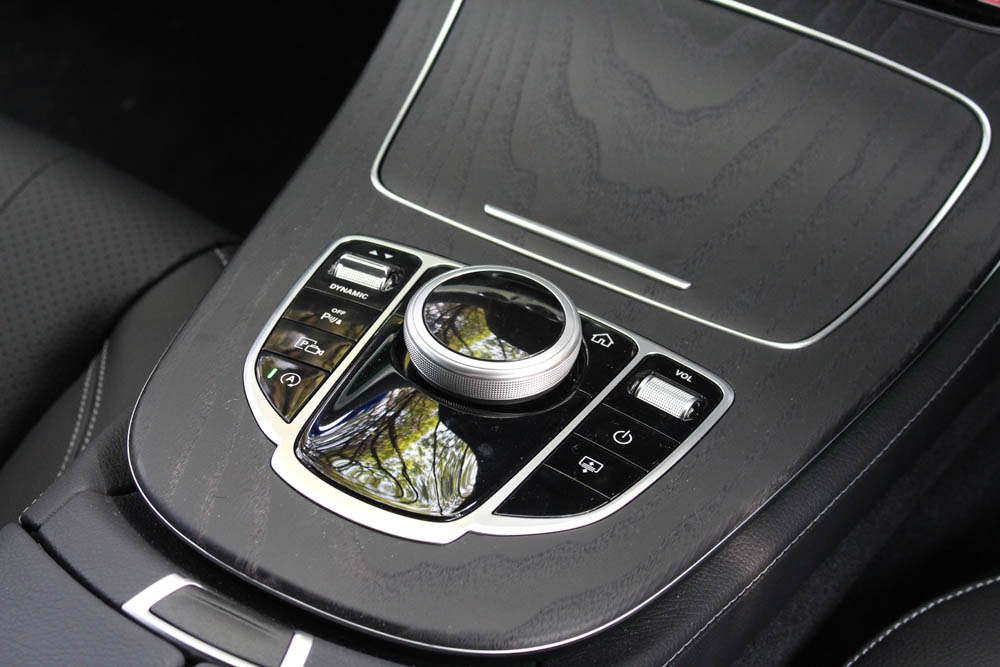 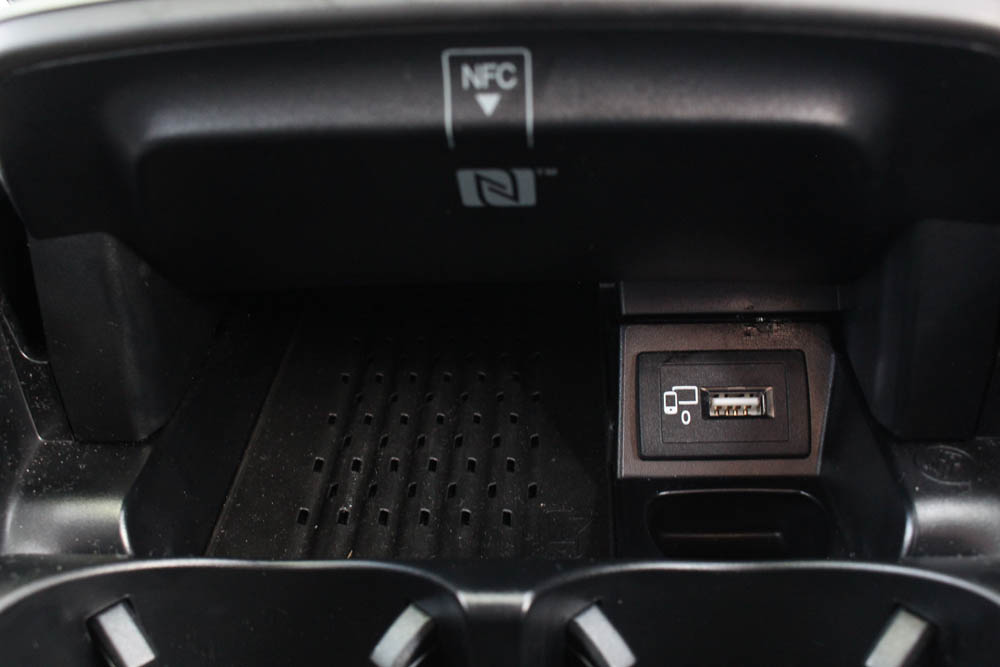 One thing key eyes will notice in the centre console is the omission of the Comand touchpad that hovers above the navigational wheel. On the plus side, the E 200 gains a Qi wireless charger inside the centre cubby and the infotainment unit now also comes standard with Apple CarPlay and Android Auto support.

Everything remains including the two 12.3-inch widescreen displays that dominate the dashboard, the 64-colour ambient lighting and of course the comfortable Artico leather upholstery. 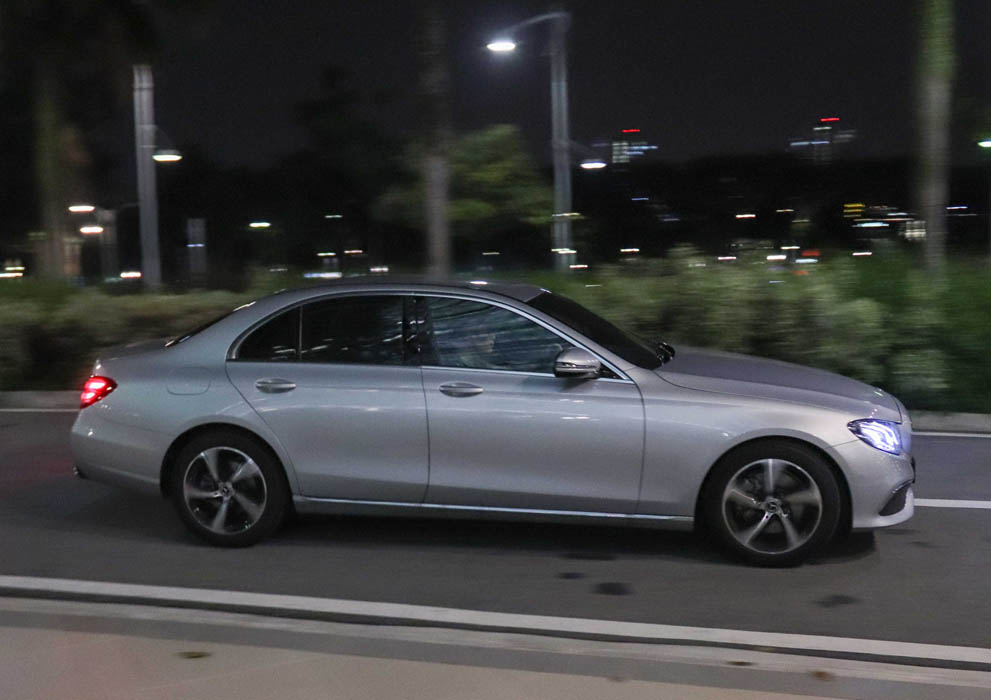 The biggest change here is certainly the new engine. The new twin-scroll turbocharged 2.0-litre unit now outputs 194 hp and 320 Nm of torque 1,650 to 4,000 rpm. Century sprint is achieved in 7.5-seconds and is mated to the same 9G-Tronic automatic transmission.

Driving impressions are still as positive like before. It’s comfortable to drive and is easy to move and direct but it’s not as what you would expect from their AMG line of vehicles. After all, the E-Class has always meant to be an executive sedan aimed at comfort over sportiness. That being said, the Agility Control suspension stiffens up the ride in Sport mode for a little more confidence around bends. As for power, the new engine does seem to make the car feel lighter than it is, despite this being the entry E 200. 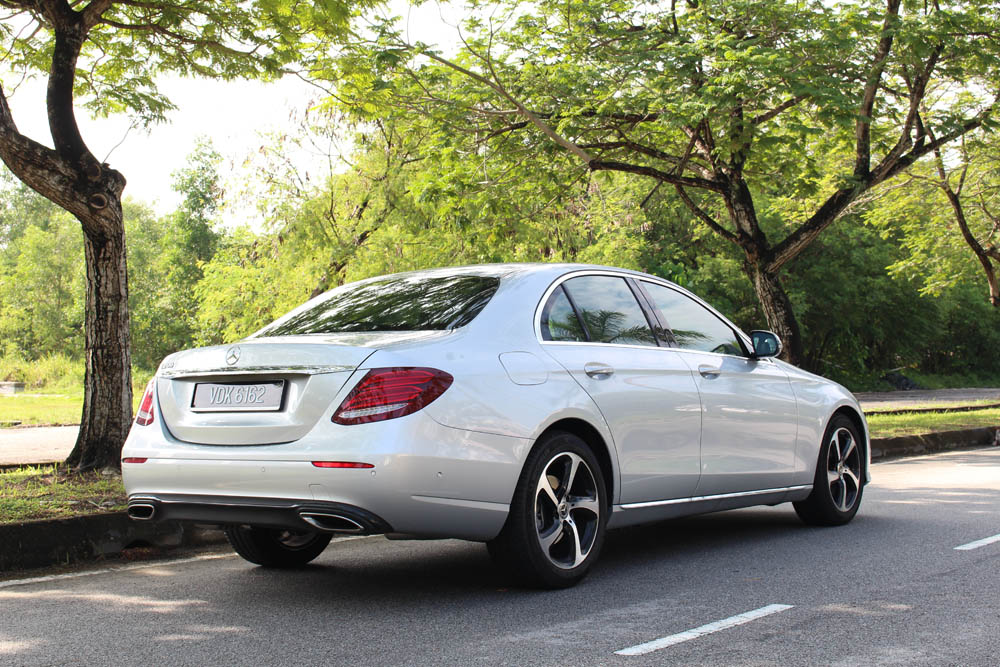 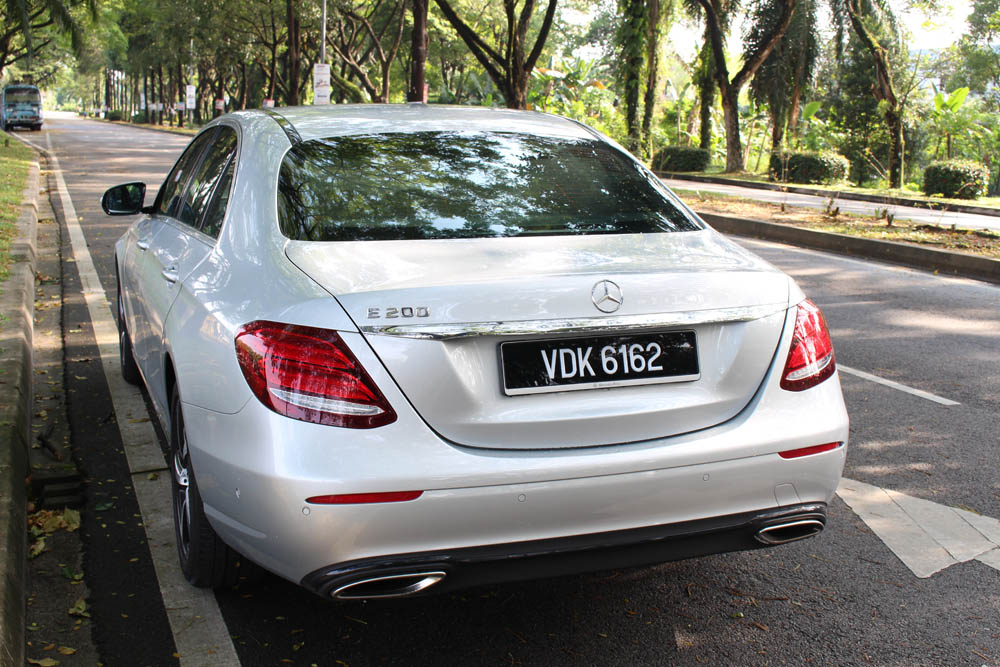 What’s our verdict? Was there anything more that we wanted? Yes definitely. For a Mercedes that has Keyless Start, the lack of the smart entry on doors (Keyless Go) make it a little counterproductive considering that the driver still needs to take out the key to unlock and lock the vehicle. As for the sound system, the lack of Burmester isn’t a dealbreaker. Sound is still good and customisable and wouldn’t really affect most listeners unless you’re an audiophile. 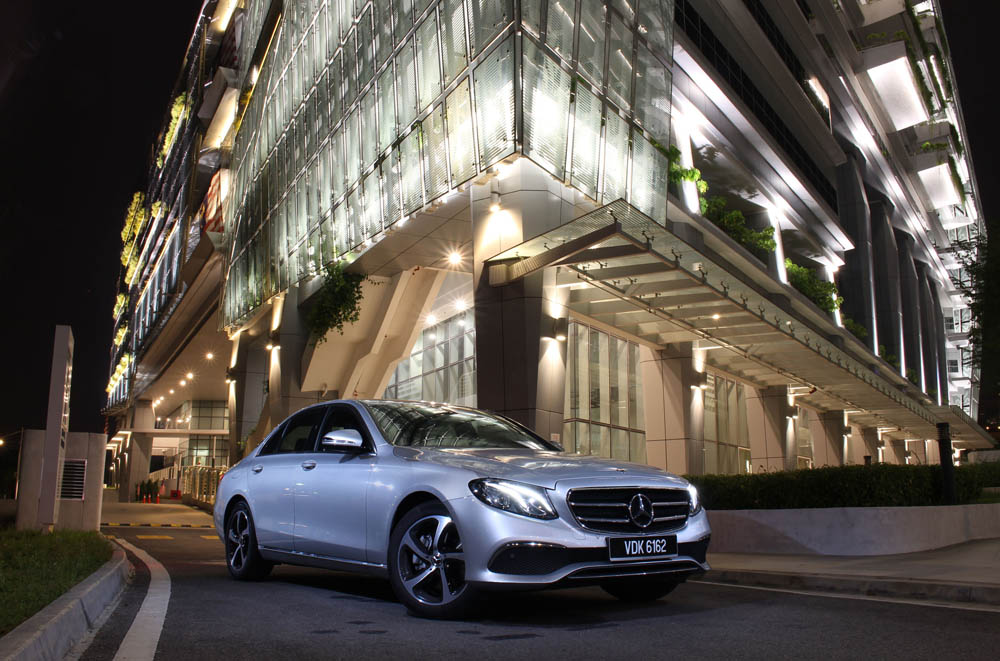 Truthfully the E 200 is still a great entry for the E-Class and is more than equipped to satisfy anyone looking for an executive sedan. As far as we’re concerned, the additional features does make it better than its rivals on certain aspects. After all, the E 200’s strongest point is still its interior design, comfort levels and the fact that it holds its appeal as a Mercedes-Benz.

Click here for out impressions of the latest A-Class!

Sell your car to Carsome today! Start with the form below!