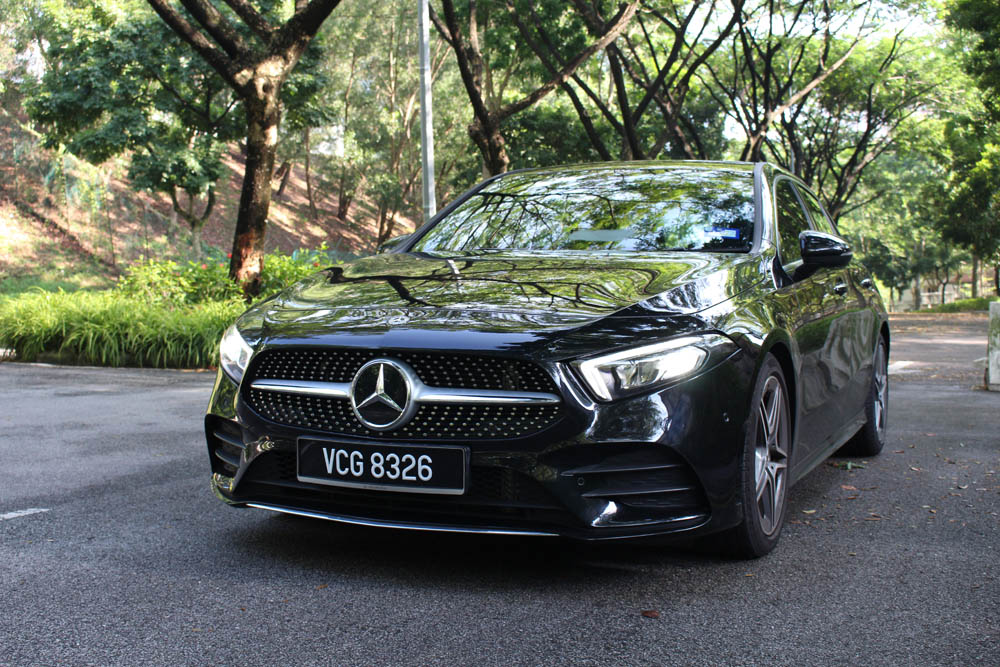 When Mercedes-Benz introduced the latest fourth-generation A-Class early 2018, the brand essentially set a benchmark for premium hatchbacks everywhere. Apart from showcasing the company’s latest design language with an incredible drag coefficient figure of 0.25, the headlining aspect of the new A-Class is its revolutionary interior design and technology. 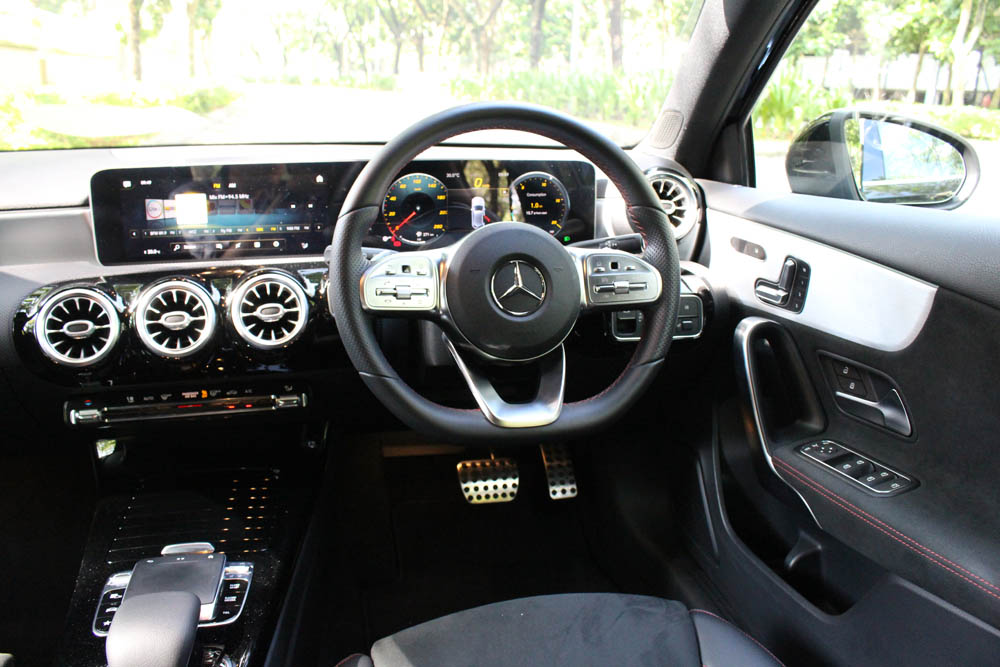 Incorporating two 10.25-inch widescreen displays for the instrument cluster and infotainment, the modernisation of the cabin is meant to be a precedent for all-new Mercedes-Benz cars that followed. The product offensive has been strongly proactive, as there are now as many as 16 models in the company’s portfolio that feature a widescreen display (whether current or earlier iterations). 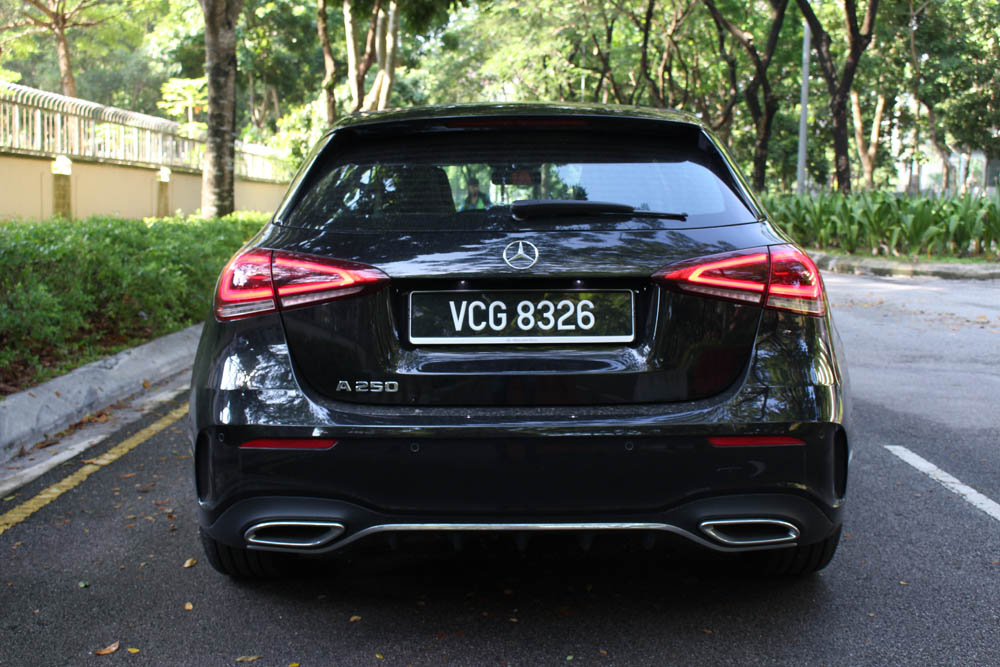 The reason for such a positioning in the entry-level Mercedes is not a surprise. Since the introduction of the previous generation A-Class in 2012, the average age of drivers owning a new A-Class in Europe is more than 10 years less than drivers in the brand’s preceding model series. In China, one in three customers were under the age of 30. More so in Europe in 2017, more than 60% of A-Class customers previously drove a competing brand. This also goes without saying that Mercedes-Benz is also expanding the compact segment around the A-Class to another three, from the current five. 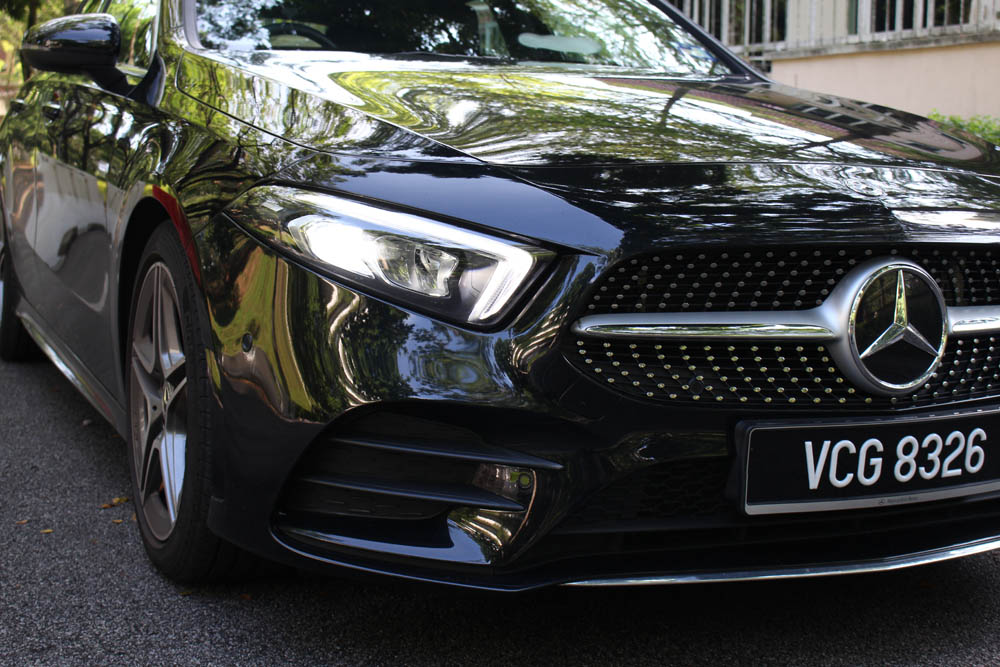 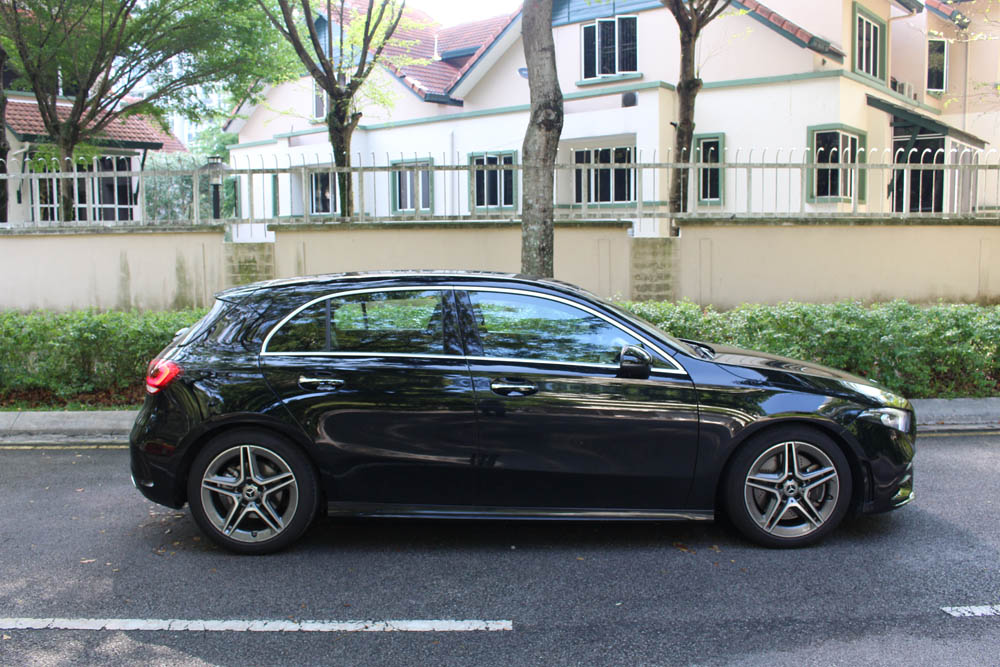 Focusing on the A 250 AMG Line, first impressions are very positive (to be honest we were very excited about this car). Styling wise has been a mix of opinions but we feel that Mercedes is following a set language for the current generation – sleeker headlamps with DRLs and the shark nose front. In terms of size, the new A-Class is larger in all areas, including an increase of 127 mm in length and 30 mm in wheelbase. 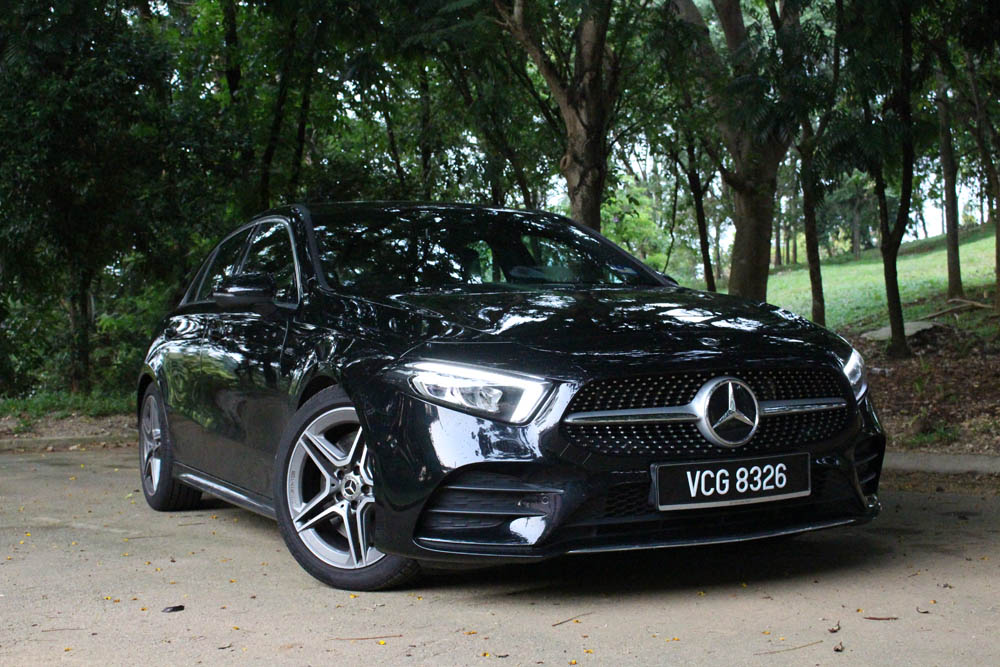 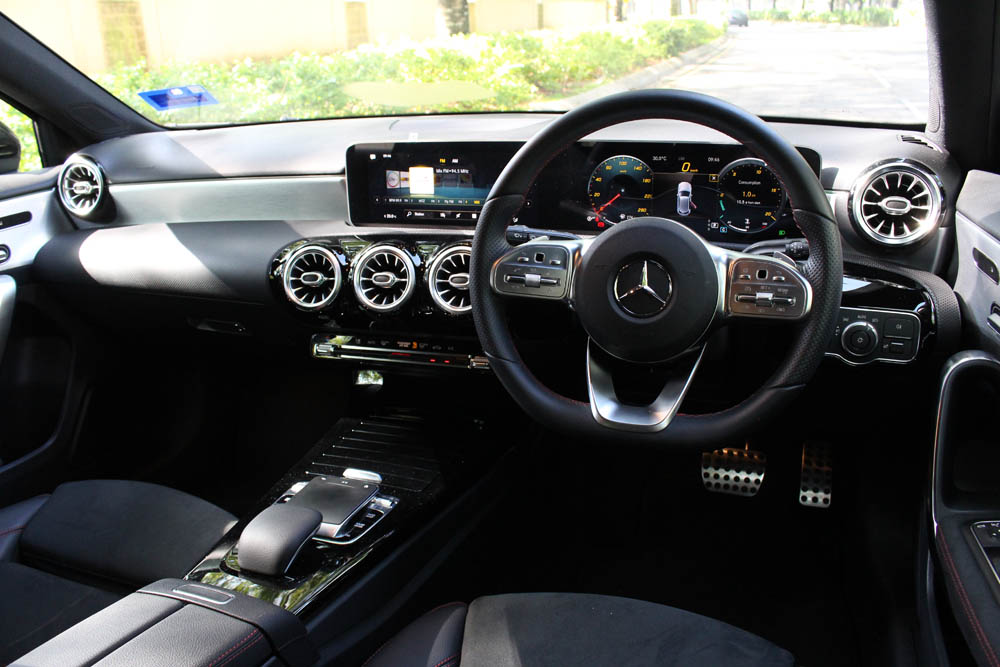 The interior as previously mentioned is the highlight of the new A-Class. The dual 10.25-inch displays immediately become the centre of attention, with the design elements of the turbine air-vents, door pulls, cleaner centre console and the lighting accents.

The possibility of the simplified centre console is thanks to the introduction of Mercedes’ MBUX (Mercedes-Benz User Experience), which places most controls and information within the infotainment unit. Input is now operated through the touchscreen, touchpad and touch control buttons on the steering wheel. The latter most corresponds to displays input according to the touchpad left or right position. As the system is a learning one, MBUX also has the artificial intelligence system of ‘Hey Mercedes’ and can help you with audio, climate and navigation. 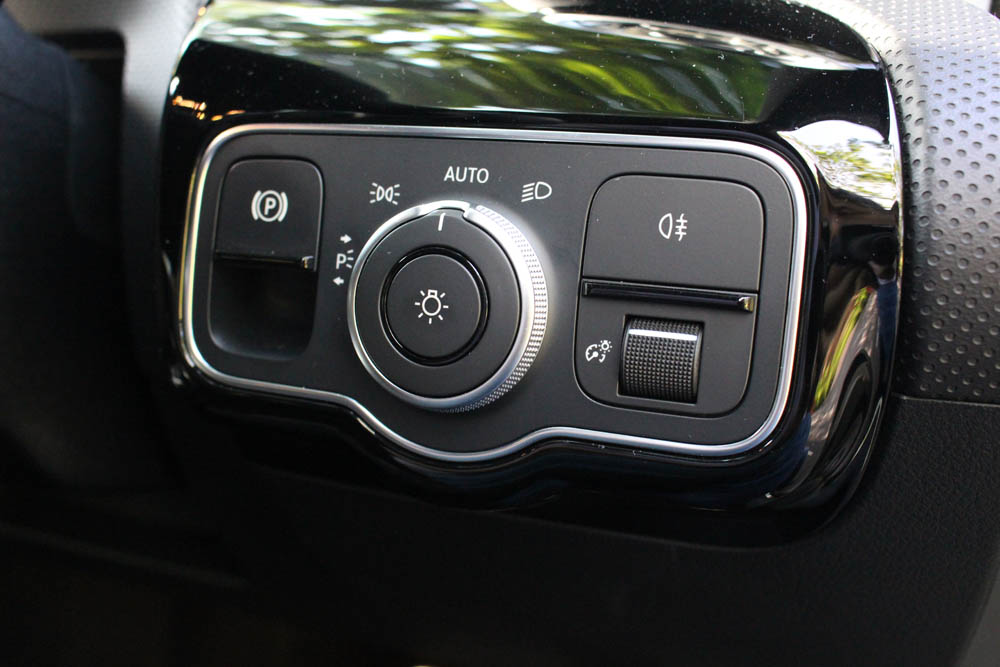 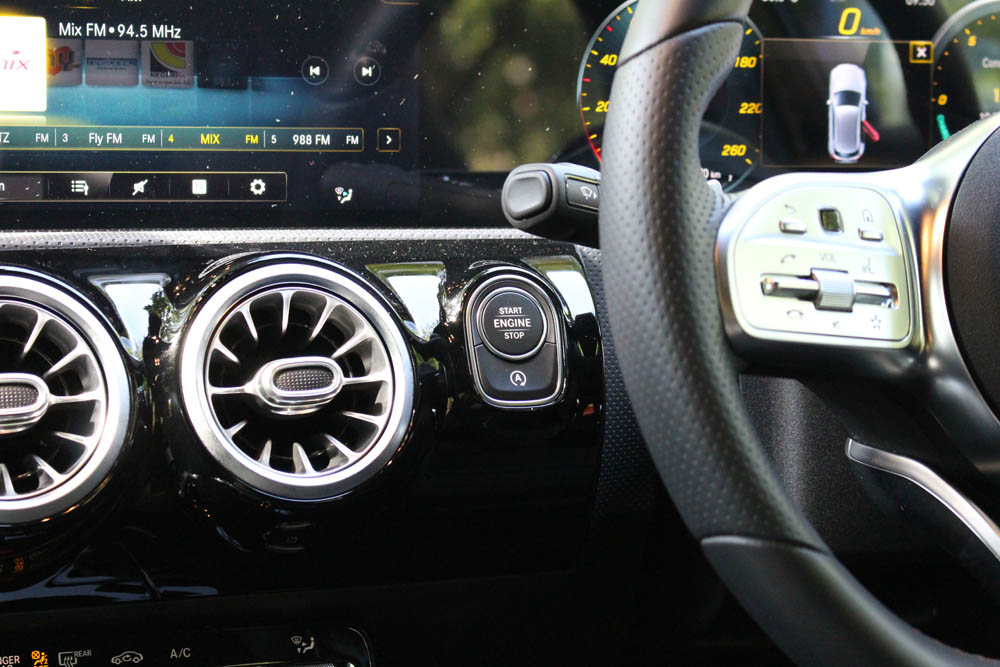 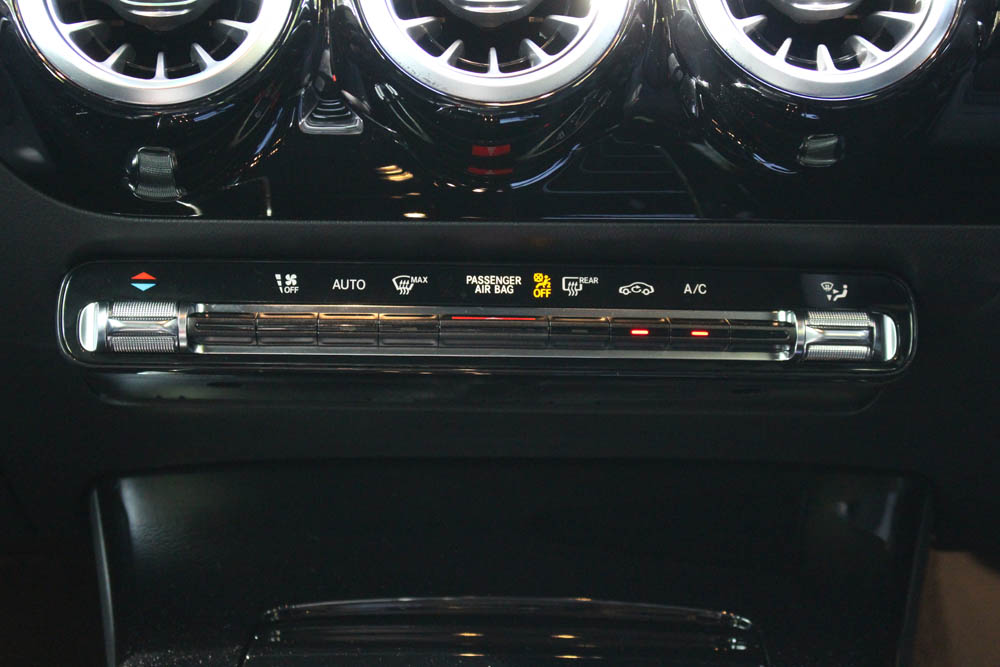 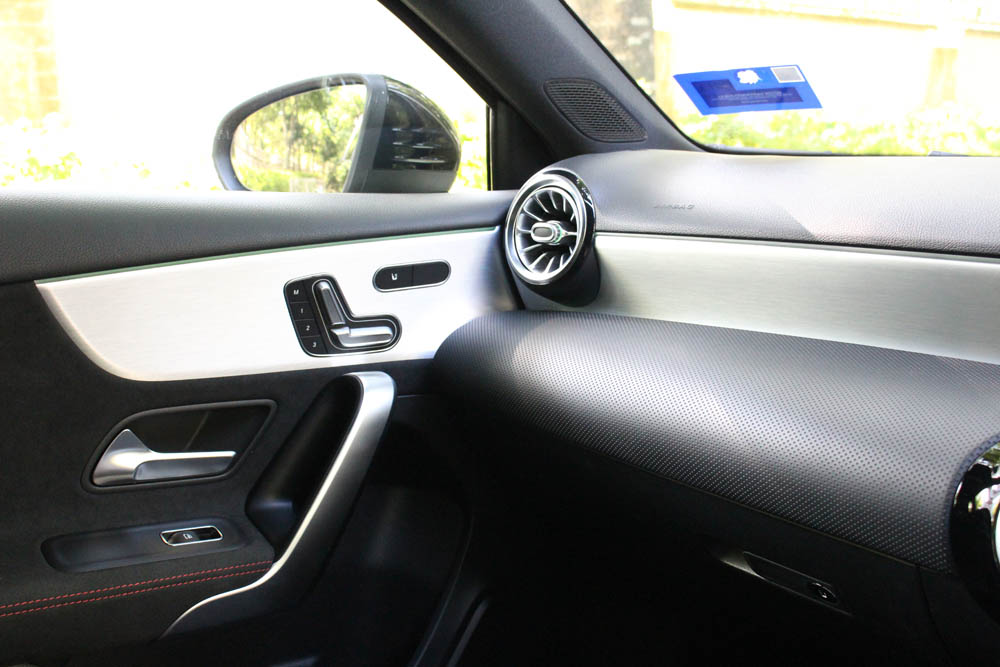 The new A-Class experience is very much refreshing because everything here is brand new. The design of switches and knobs like the seat adjustment, gear stalks are familiar but new. Button placements have been made more cohesive and simpler to use than the previous generation. 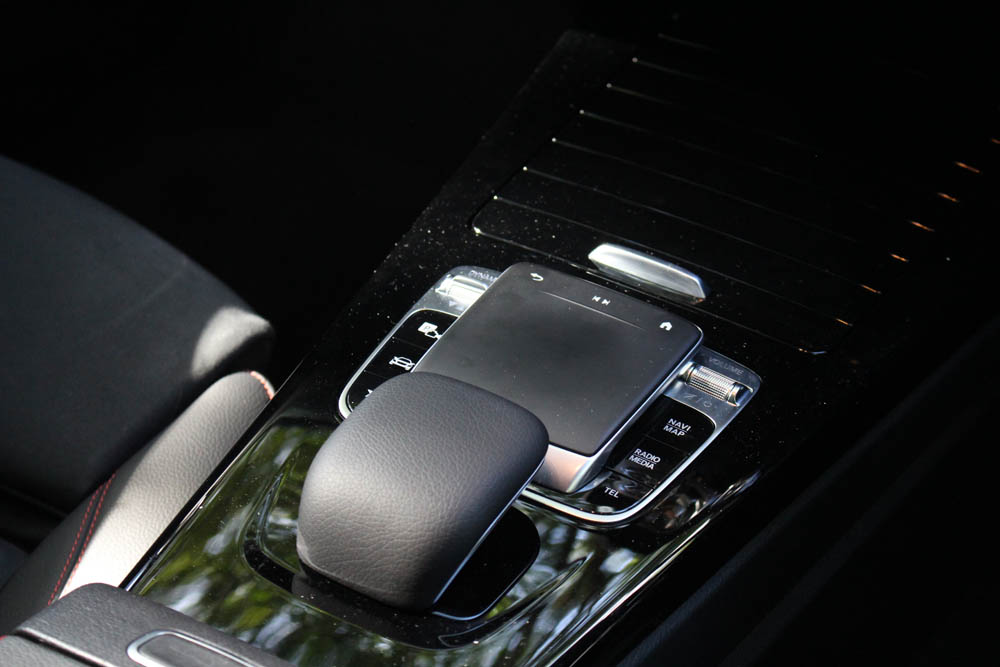 As for the use of Mercedes’ latest MBUX, the system is straightforward and a next step up from the latest Comand APS NTG 5.5 available in the widescreen W213 E-Class. Input can be done from either the touchscreen display, central touchpad, or steering wheel touchpad. However, one thing we realised during extended use is that the system at one point will require the use of the touchscreen display for more detailed input. Depending on the situation, the driver won’t be able to proceed with just the touchpad while on the move. 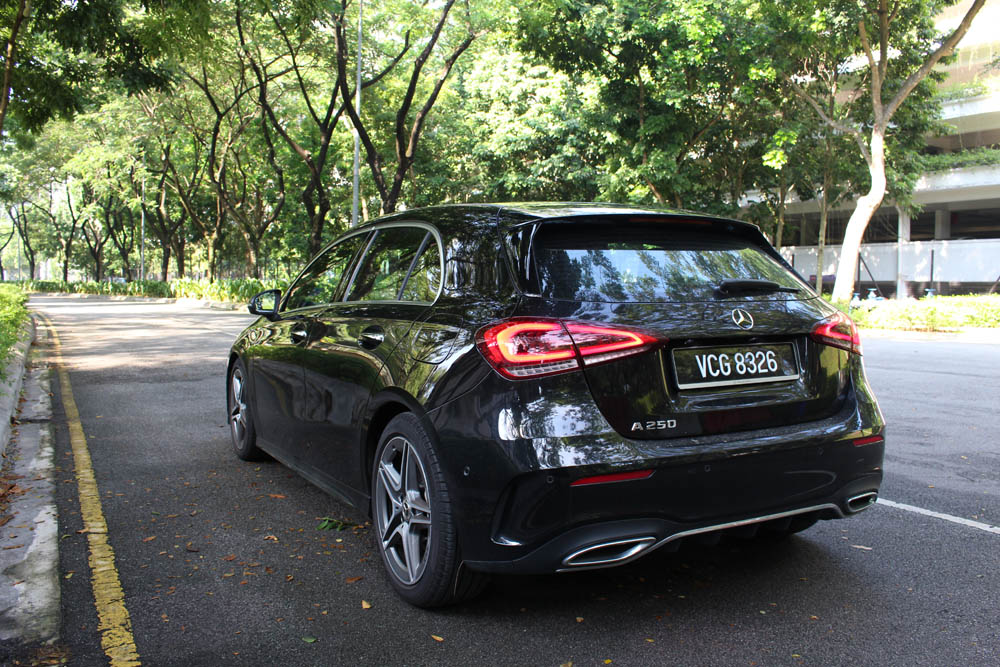 The driving experience here is certainly a step up from any Mercedes-Benz car we’ve driven off late. Foot down, there’s plenty of power from the engine for you to catch up in a convoy or overtake on the highway. Gear shifts are seamless and smooth from the 7-speed DCT when in auto, and if needed when paired with the paddle shifters, driving is a real joy around the bends. The winning recipe for the new A-Class is certainly the immediacy in changing direction and how accurate the nose points in relation to the steering input. We are certainly impressed with what Mercedes has done for this generation A-Class in relations to drivability.

If we had to put down things we felt could’ve been improved, there are a few. First comes from the glossy reflective surface on the dual display, where during day, it can become distractive and hinder visibility. And second comes from the accidental input to the central touchpad that can happen when getting something from the console area. 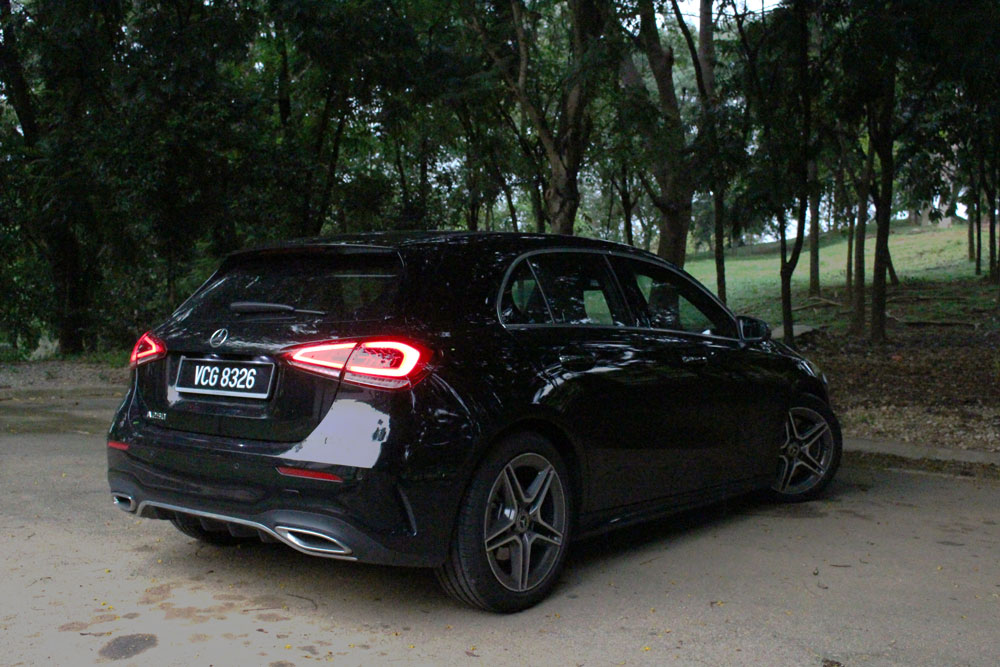 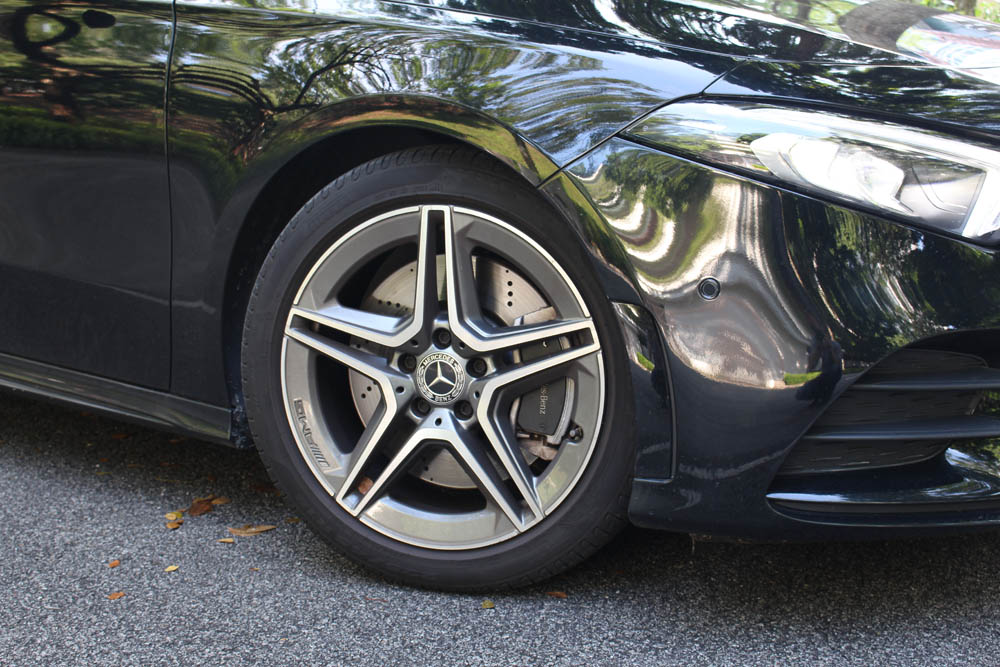 What else? Not much really. The A 250 as a premium hatchback is certainly the best that Mercedes has made and, in our opinion, the best anyone can get for hatchback’s within this range. Best of all, those who want a little more boot space, there’s the A-Class sedan that’s available as well. But if you’re looking for more power, you might have to wait for the AMG A 35, A 45 or A 45S.

Prefer a C-class with some power? The Mercedes-AMG C43 should whet your appetite!

Sell your car to Carsome! Start by filling in the form below!