Original VS Fake Spare Parts – How to Tell the Difference?

Be it in the world of fashion or technology, everything that is created has a fake counterpart. There’s not much difference in the automotive industry as counterfeit car spare parts and accessories are sold so openly. 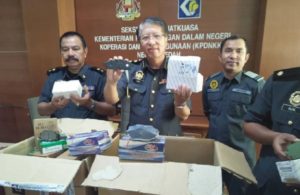 Compared to Original Equipment Manufacturer (OEM) and reputable aftermarket parts, fake spare parts are more likely to wear out faster or even fail altogether as these parts rarely go through the safety and quality assurance test that are mandatory for OEM parts. So, how do we differentiate a fake one from a real one?

Before we dive deeper into differentiating a fake part from a genuine part, we should first understand the different types of legit spare part manufacturers in the industry.

Genuine Spare Parts: Genuine spare parts, also known as Original Equipment (OE),  are car parts that the vehicle was originally fitted with during manufacturing. These spare parts are usually the safest option because these items are intended for the specific car model and come with the manufacturer’s guarantee. The only downside is these parts are generally the most expensive type.

What Exactly Are Fake Car Parts?

Original Equipment Manufacturers (OEM) and aftermarket companies make spare parts for cars in accordance with the safety and quality standards of the automotive industry. Fake parts on the other hand might look and feel like the real ones, but the major difference lies in the composition of the material that is used to make these parts. Since most of these parts are way cheaper than the original ones, they do not comply with the safety standards set by the industry to lower the cost of production, hence putting more drivers at risk.

So, How Are These Fake Car Spare Parts Dangerous?

Since the fake parts do not meet the safety and quality standards of the automotive industry, having these parts in your car can lead to breakdowns, engine failures, and even accidents. Here are some of the dangers of using different fake spare parts.

Parts like spark plugs, serpentine belts, valves, oil filters, etc. are just some of the vital parts for the engine and the drivetrain to perform properly. Using fake components that do not fit well with your engine will not only lead to engine failures but can also short circuit and cause a fire.

Windshields that are recommended by OEM follow a certain safety standard such as load-bearing capacity. Loadbearing capacity is the maximum ability of a material (in this case the windshield) to take loading before failure occurs. Counterfeit windshields that do not follow these safety standards might just crack or break under load which can be really dangerous to the occupants in the car. Fake windshield wipers would also not work as effectively as an original one during a heavy downpour as many fake windshield wipers are not designed to exactly match the curve and shape of your windshield.

A brake pad is an essential part of the brake system in a car. A fake brake pad is known to wear out unevenly and rather quickly compared to an original brake pad. While that might only be an additional unwanted cost to your overall service, some fake brake pads with poor quality materials would cause noisy brakes. Brake pads can accumulate dust as they wear, which if allowed to build excessively, may cause vibration and squealing when the brake is applied or let off. This can lead to brake failure which can be really dangerous.

Fake body panels do not align or match well with the crumple zones and pillars of a car. In the event of a collision, the body panels that do not sit well can pose a threat by getting severely dented and harming the occupants of the car. 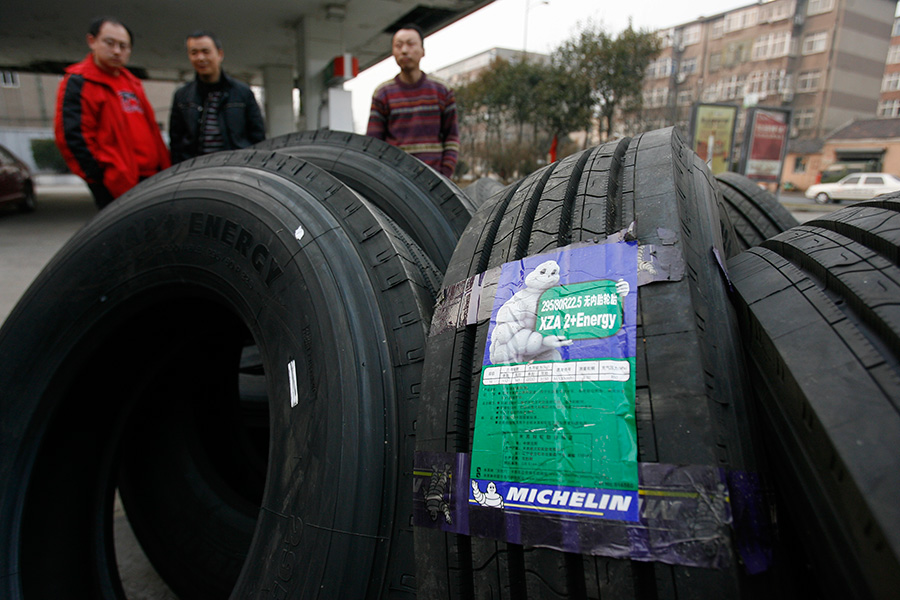 Tires are the most important part of a car because it holds the weight of the car and is the only component that has direct contact with the road. Fake tires tend to lose composure especially under high loads and have bad tire treads which can be really hazardous especially at high speeds.

With so much risk involved when using counterfeit spare parts, how can you make sure your spare parts are genuine? Let’s find out! 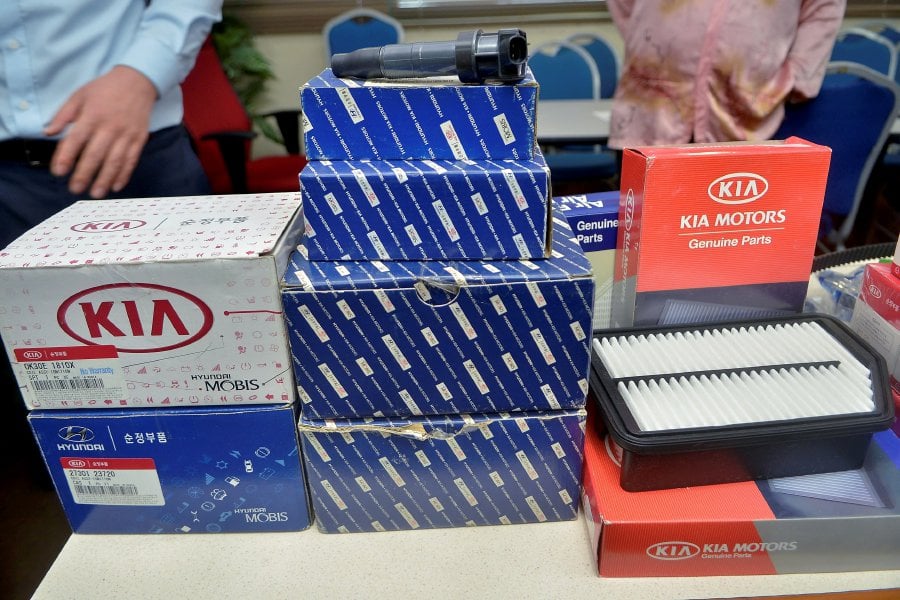 Since counterfeit car parts are everywhere, here are some of the tell-tale signs of a counterfeit product.

Fake products are usually packed in cheap, flimsy packaging as compared to the authentic spare parts that are packed in high-quality packaging and shipped with care. To spot a fake, compare packages and study the small detailing like the printing, the material of the box, its thickness, etc.

All OEM manufacture parts with their own specific serial numbers or holograms which can be used to trace it back to the original manufacturer. Some OEM serial numbers might be printed straight on the box or on the spare part itself while a fake would have the numbers on a sticker.

Look closely at the printing on both the package and the instructions. If there are typos, grammatical errors, or misspellings, inspect the part carefully. It may be a counterfeit.

When you read the instruction manual of a spare part, make sure it makes sense. A counterfeit spare part would usually have a missing step, a missing diagram, a confusing sentence, or even a wrong diagram.

Compare the new part that you bought to the old part and look out for differences in color, weight, changes in dimension, etc. A simple difference like mismatched fasteners might also be a sign of a fake spare part.

Genuine spare parts are usually costlier because of their quality. So, if you are sold a spare part at a price that is extremely cheap, the chances for it to be fake are extremely high. Most genuine parts also come with a warranty package, so do ask for the warranty details when you purchase a spare part. 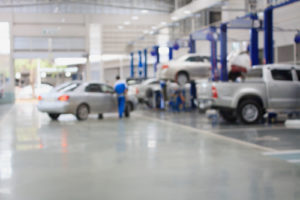 If you get your spare parts from a mechanic or a repair shop, always deal with highly regarded suppliers because they have a reputation to protect and would not tarnish it with fake parts. You can either bring your car to the authorized service centers or check online on their official website for a list of suppliers who sells genuine spare parts. You can also find mechanics with license to sell genuine parts or OEM parts so that you don’t have to worry about your car being fixed with fake parts

Since counterfeit or fake spare parts are designed to replicate the genuine parts, differentiating a fake one from a real one can be a real hassle. With cheap fake spare parts, you might think you are saving in terms of the cost. The actual truth is, you would be spending more money on frequent repairs and replacements, not to mention how hazardous they can be. So, at the end of the day, always remember the cliché statement “if it’s too good to be true, it probably is” as this rings especially true when it comes to fake spare parts.

Also Read: Switching up Your Car Engine: Can You Do it in Malaysia Legally?