No matter how careful you try to drive, there’s no way you will be able to avoid getting a dent on your beloved car. It can be caused by improperly parked cars, unseen obstacles, or falling debris hitting your car while you’re driving.

Dents will lower your car’s market value when you try to sell it in the future, so it’s important to get it fixed. With a little bit of elbow grease and a couple of household items, you may be able to fix these accidental dents and it’s actually easier than you think.

Do note that there are various factors that determine the effectiveness of these tips such as the depth of the dent, material of the dented parts, as well as the severity of the dent so it might not work on all dent types and vehicles.

Disclaimer: CARSOME would not be held liable or responsible for any damages to your private vehicle after following the information on our article or media.

The most common dent type is the round dent. It has a circular, dimple-like shape that is caused by soft or moderate impact from a large or spherical object on your car. 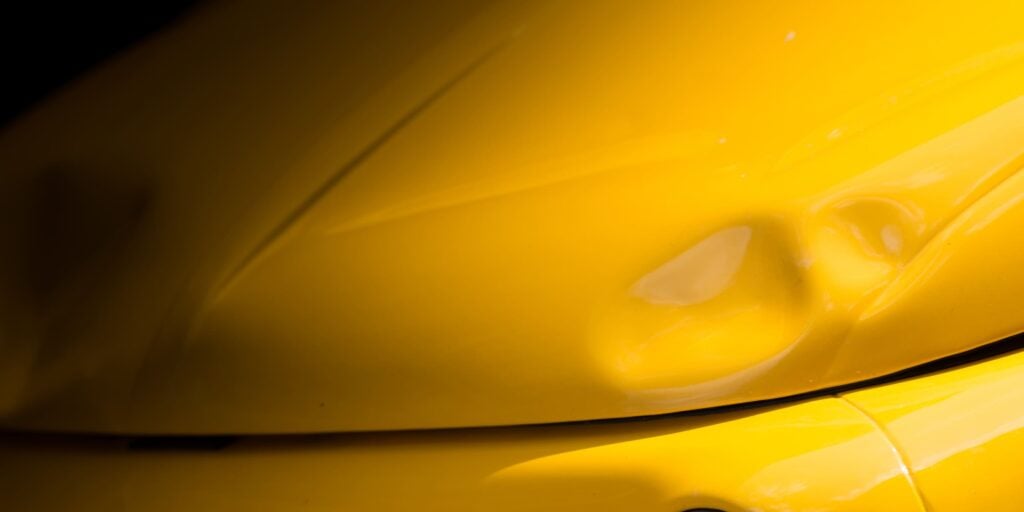 With a little bit of effort, you can easily fix round dents without having to worry about causing paint damage.

When another object hits your car and it is dragged along the panel as your car continues moving, you will end up with a creased dent. You can identify this dent when you see a straight line at the bottom of the dent.

Unless you have the necessary skill, it will be difficult to completely fix this type of dent. Other than having to strike the dent back into shape, you will also need to smoothen out the line caused by the dent using car body filler.

This type of dent is usually created when your car hits a large object when moving quite fast. The result is a fairly deep dent with multiple creases in an irregular shape. 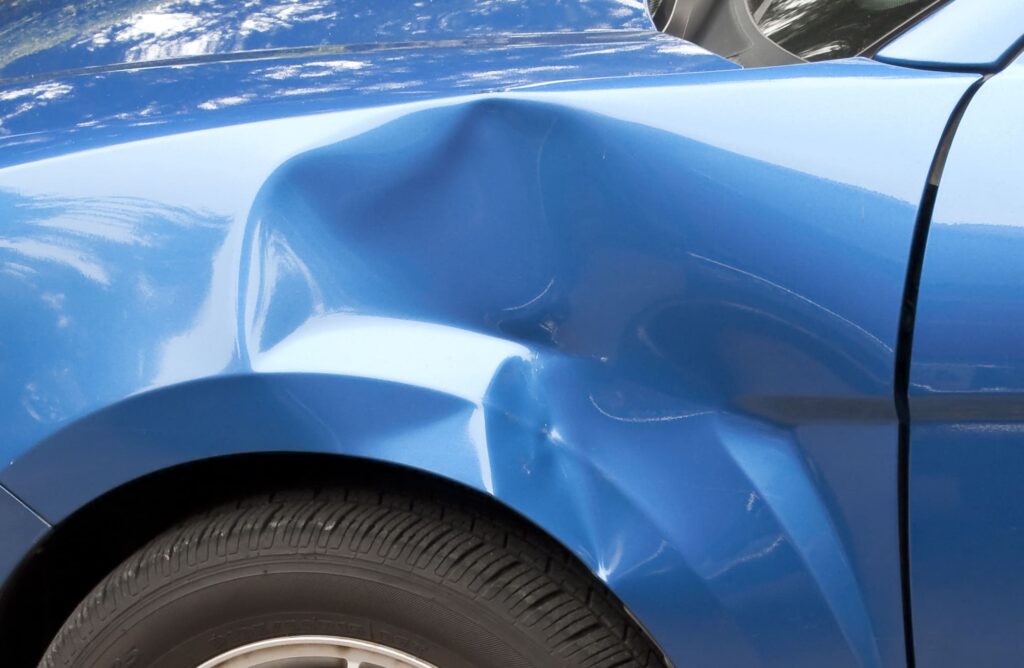 Getting the affected panel back into its original shape is possible, but it will require a lot of work. And if the dent is too severe, it’s best to replace the panel with a new one instead.

Heat is an important tool when you’re trying to fix dents. The cheapest way you can obtain it is by using boiling water. This method works best on small to medium sized round and creased dents.

Step one: Carefully pour steaming hot water on the center of the dented area. After a while the dent should start to pop out on its own.

Step two: If not, you would have to pop the dent out from the other side with your hands while wearing rubber gloves.

Aside from using heat, you can also use a plunger to aid you in pulling out dents using its suction power. This method works best on small to medium sized round dents on a flat surface such as the side door panel, front hood, and boot.

Step three: Pull the plunger repeatedly in short quick motions until the dent is popped out. The plunger may move out of its position before the dent is flattened so all you need to do is position it properly and start again.

Another source of heat that you can use when trying to fix dents is a hair dryer or a hair gun. But you need to be extra careful while using this equipment as you could potentially melt or damage the car’s panel while you attempt to fix the dents.

This method works on small to large sized round and creased dents. You can also use this method to work on extreme dents but it will take a lot of effort and know-how to properly fix an extreme dent.

Step one: Set the heat gun or hair dryer on medium heat and apply heat to the dented area. Be sure to keep some distance from the car (about 10cm) or you will risk melting the panel or damaging the paint job.

Step two: Once the dented area becomes flexible enough, push out the dent from the other side with your hands while wearing rubber gloves. Be extra careful as the surface will be quite hot.

Step three: After the dent has popped out, you can pour ice cold water over the area to help it set quickly.

These tips that we highlighted should be effective when it comes to repairing most minor dents on your car. However, if these methods don’t work, you might have a particularly stubborn dent that is best dealt by a professional instead.

Hopefully you will be able to get your vehicle looking as smooth and sexy as it did before. Also, let us know below if you used a different method for removing dents and dings from your vehicle!