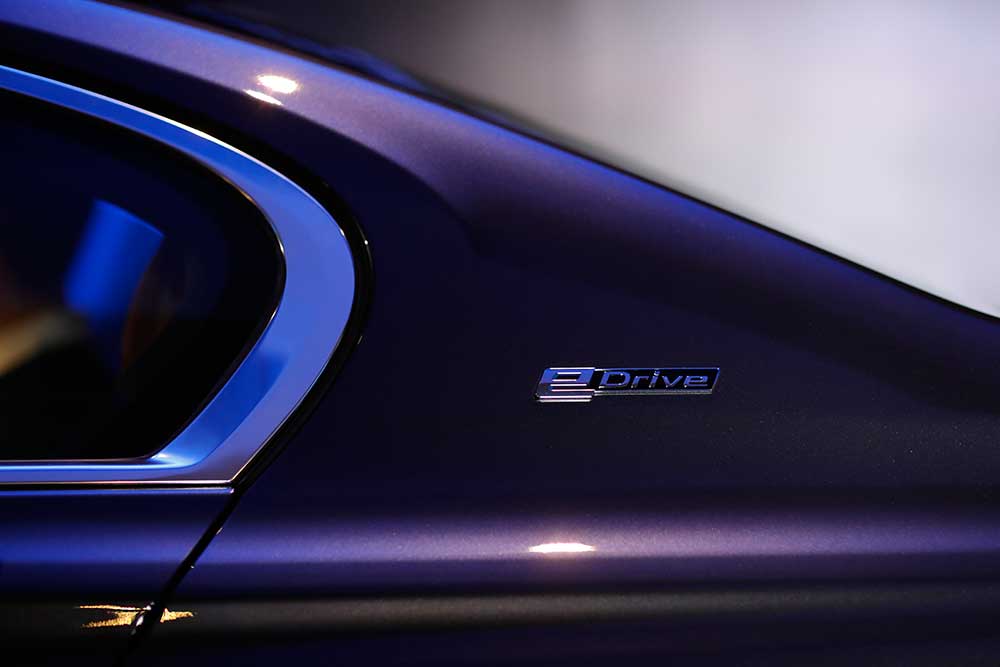 Plug-In Electric Vehicles (PHEV)’s are a growing market in Malaysia. A quick look at increasing number of charging stations and an estimate of over 10,000 PHEV’s of various brand’s sold locally as of 2017, is a clear indication of the increasing adoption. 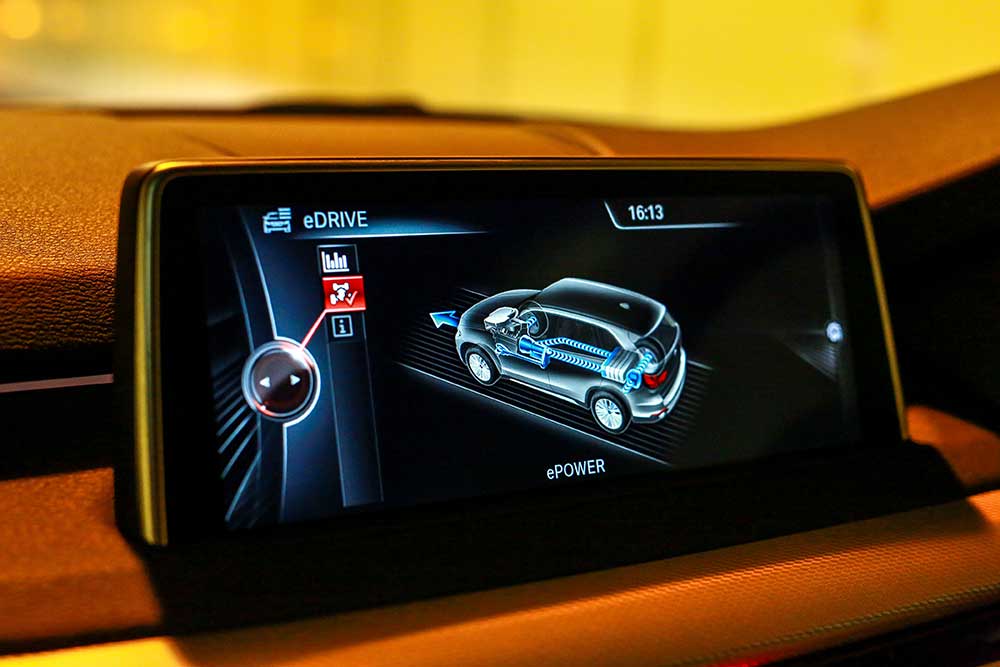 What are PHEV’s and how do these vehicles differ from parallel or mild hybrids? Well, the idea behind any hybrid is the combination of the combustion engine and electric motor working together to provide either more power or restrict the use of the combustion engine during low speed. The resulting effect would reduce petrol consumption and emissions; hence the term hybrid. 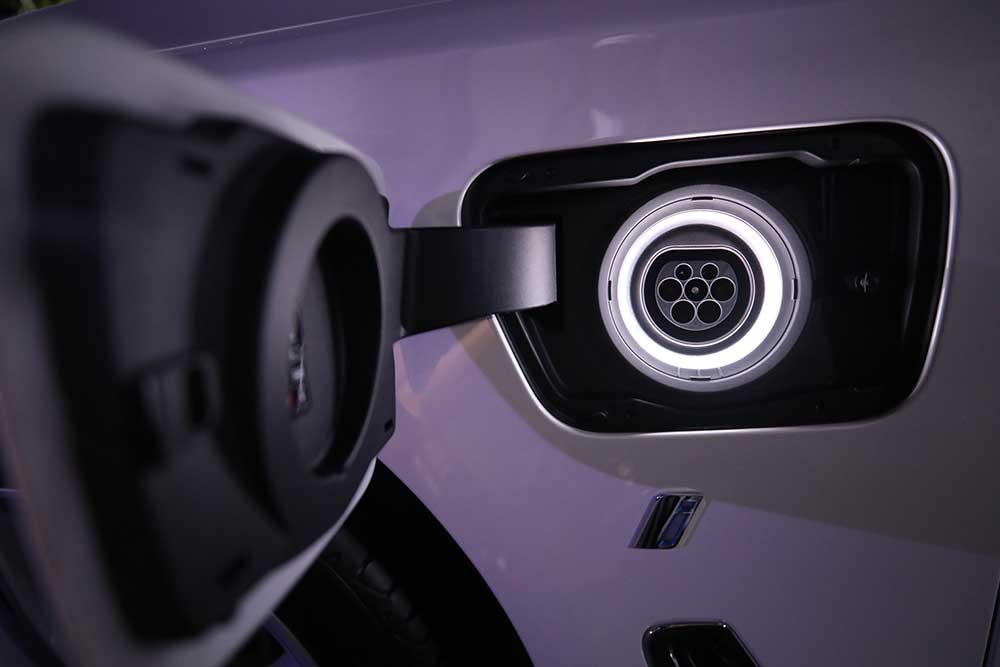 PHEV’s take this a step further by including a larger battery to drive the electric motor exclusively, and allow the user to charge the vehicle as they go. In terms of models locally, there are 10 main plug-in electric hybrid vehicles in the market today – half of which are from the BMW Group. So why are BMW’s iPerformance vehicles a great introduction to your first PHEV? It’s mainly a few things – variety, driving and planning. 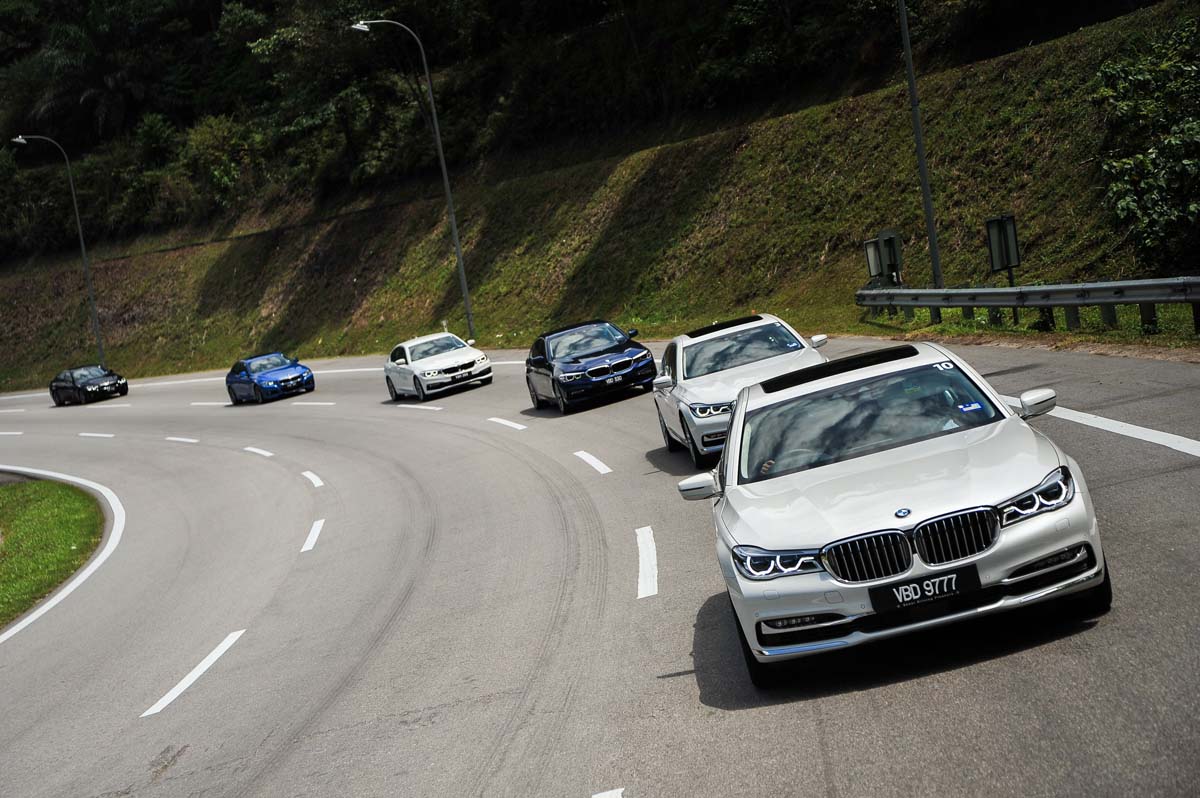 The recent iPerformance Drive event by BMW Malaysia brought together all of its vehicles for an experiential hands-on for its range of ‘e’ badged plug-in hybrid electric cars. Except for the i8 sports car that wasn’t part of the convoy, the fleet of BMW 330e, 530e, X5 xDrive40e and 740Le xDrive’s were put through over 500 km’s of B-roads and motorways intersecting through Genting Sempah, Templer Park, Teluk Intan and Ipoh. As we touch points on the entire range with a focus on the X5 xDrive40e, we will cover each vehicle individually before concluding on iPerformance’s key selling points. 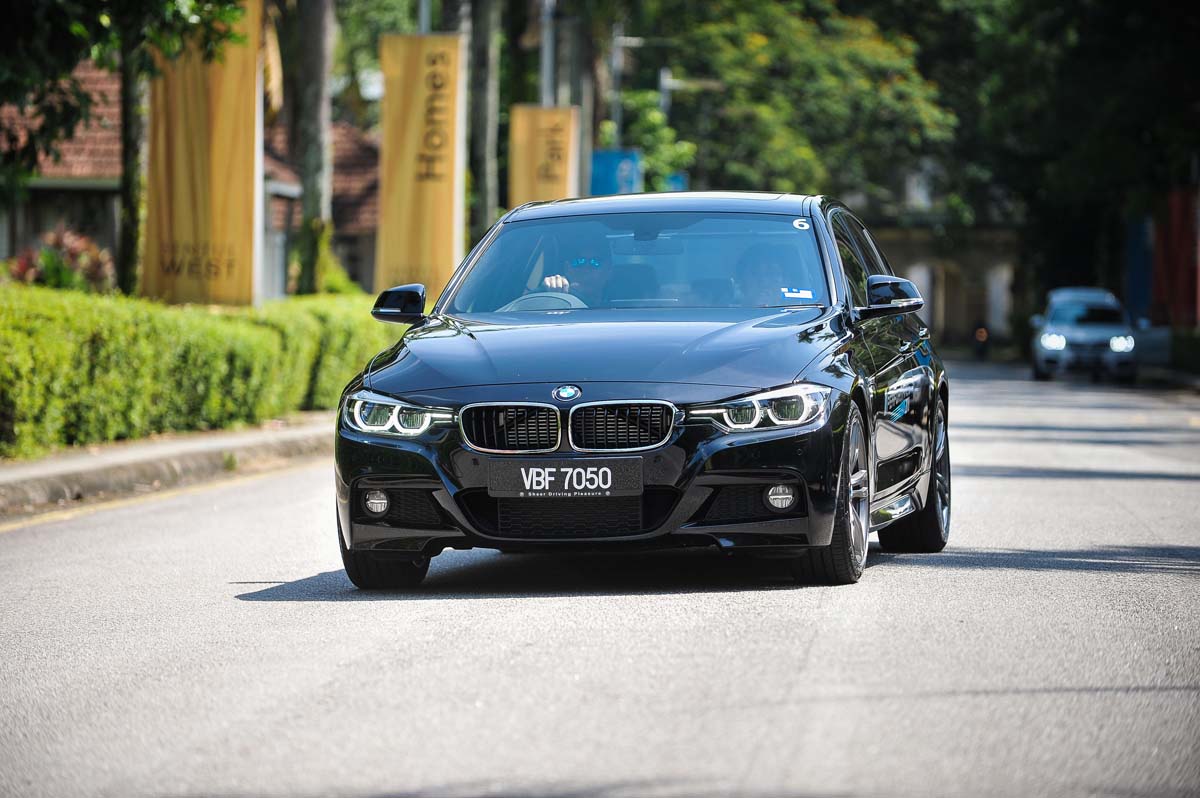 As of publication, the 330e M Sport sold in Malaysia is currently the only eDrive variant available for the 330e. The 330e Sport (which we’ve reviewed here) is no longer sold new. 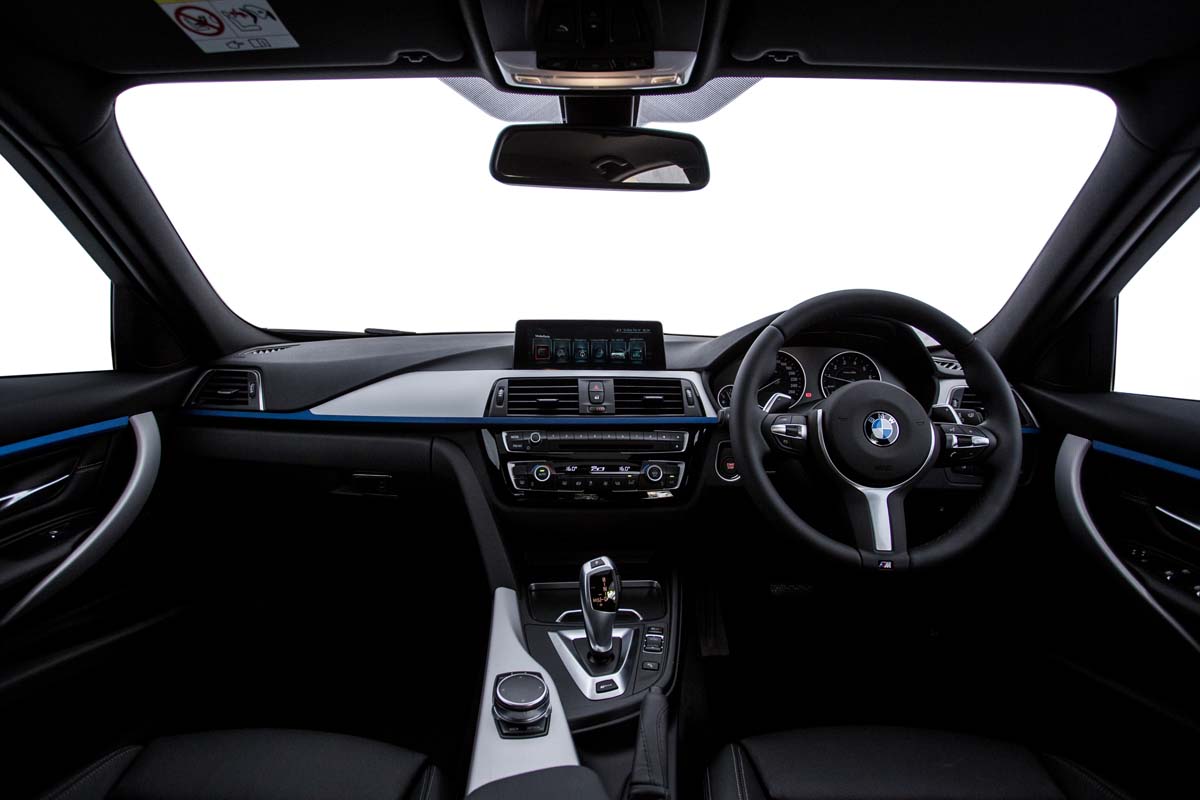 Upgrades from the previously available variant includes the M Sport package that comes with 18-inch M alloy wheels and M Aerodynamics package with M Sport suspensions on the outside, while the interior features the M leather steering wheel, sports seats, headliner in anthracite with the distinguishing blue trim. 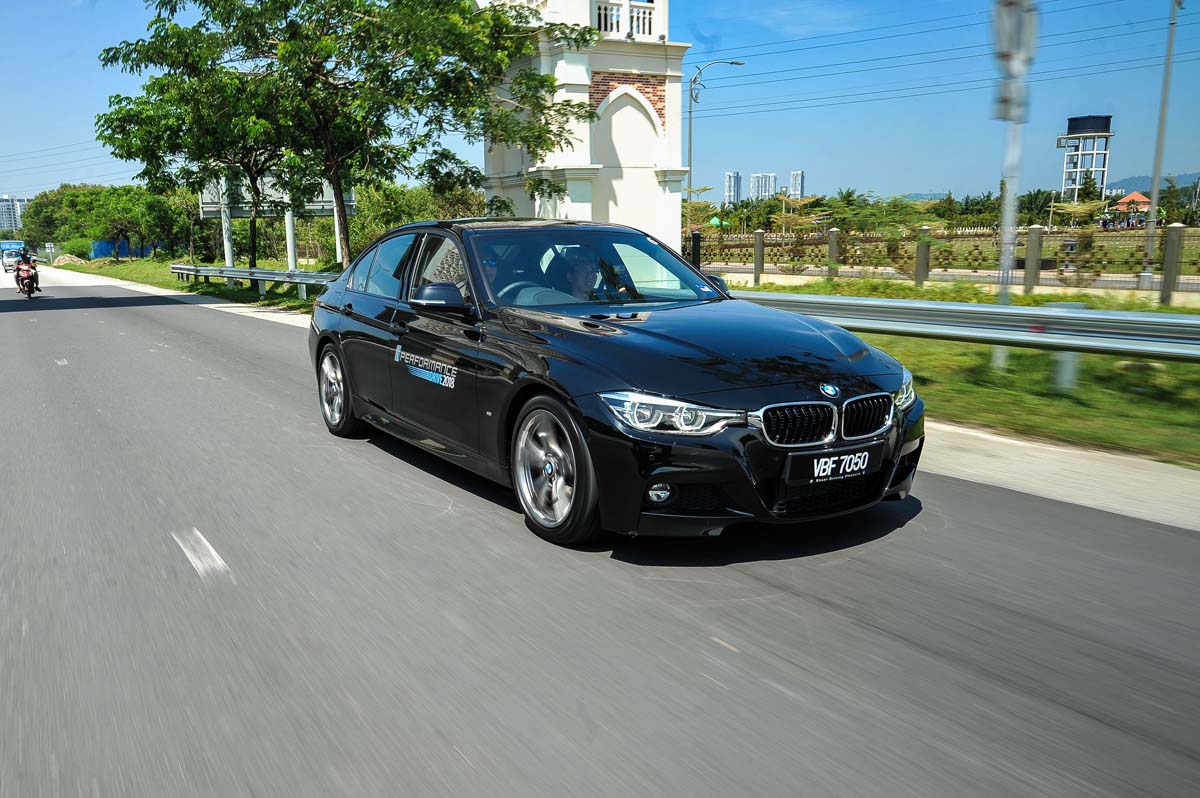 Driver assistance systems include a Parking assistant for parallel and perpendicular parking, BMW ConnectedDrive, Navigation system professional with touchscreen and iDrive Touch Controller. In terms of driving, the M Sports suspensions does firm the ride significantly over the previously driven, with an even expressive feel on the tarmac, and throttle response.

530e Sport – For The Business Executive 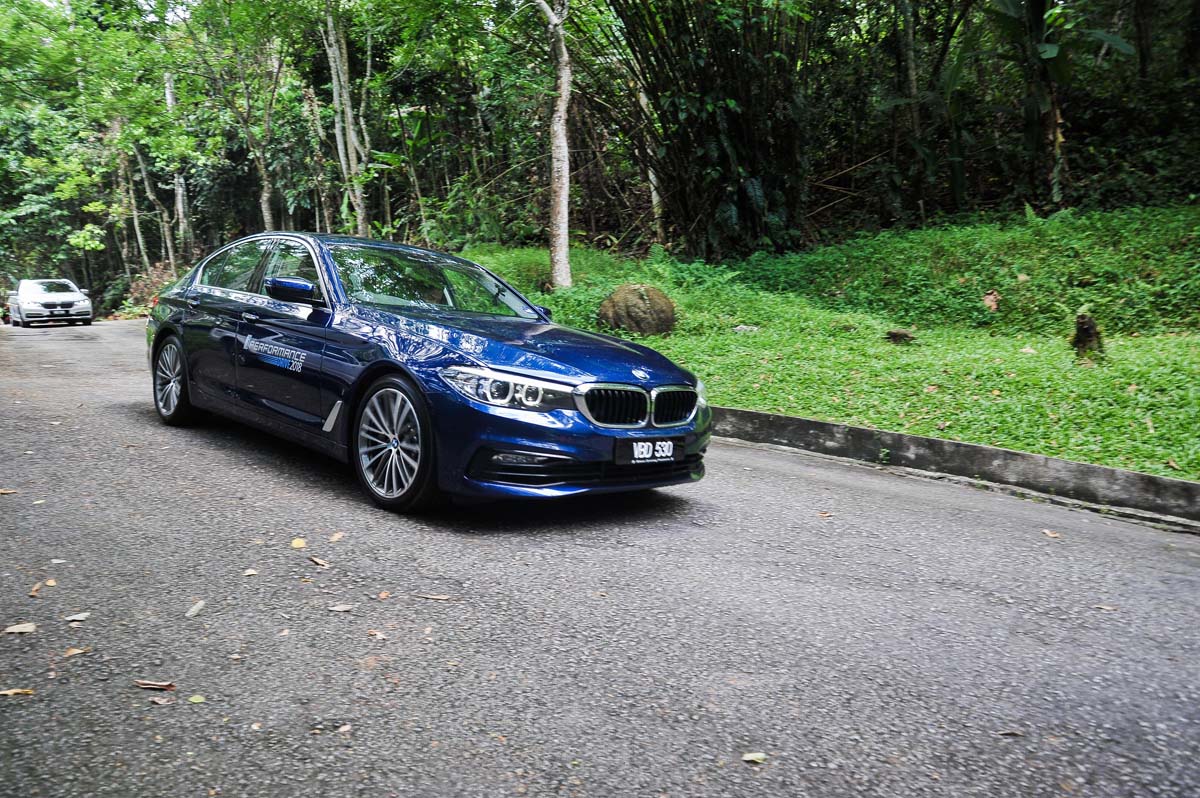 The all-new 5-Series with the 530e is electrified. It’s positioning is placed as the base model for the G30 5-Series in Malaysia and is joined by the higher end 530i M Sport. Differences other than the Plug-In Hybrid drivetrain comes largely of the M Exterior and Interior trim, Adaptive LED headlights and Selective Beam, Active cruise control with Stop&Go, Parking Assistant, Gesture Control in the infotainment system, Harman Kardon surround sound system, and the BMW Display Key. 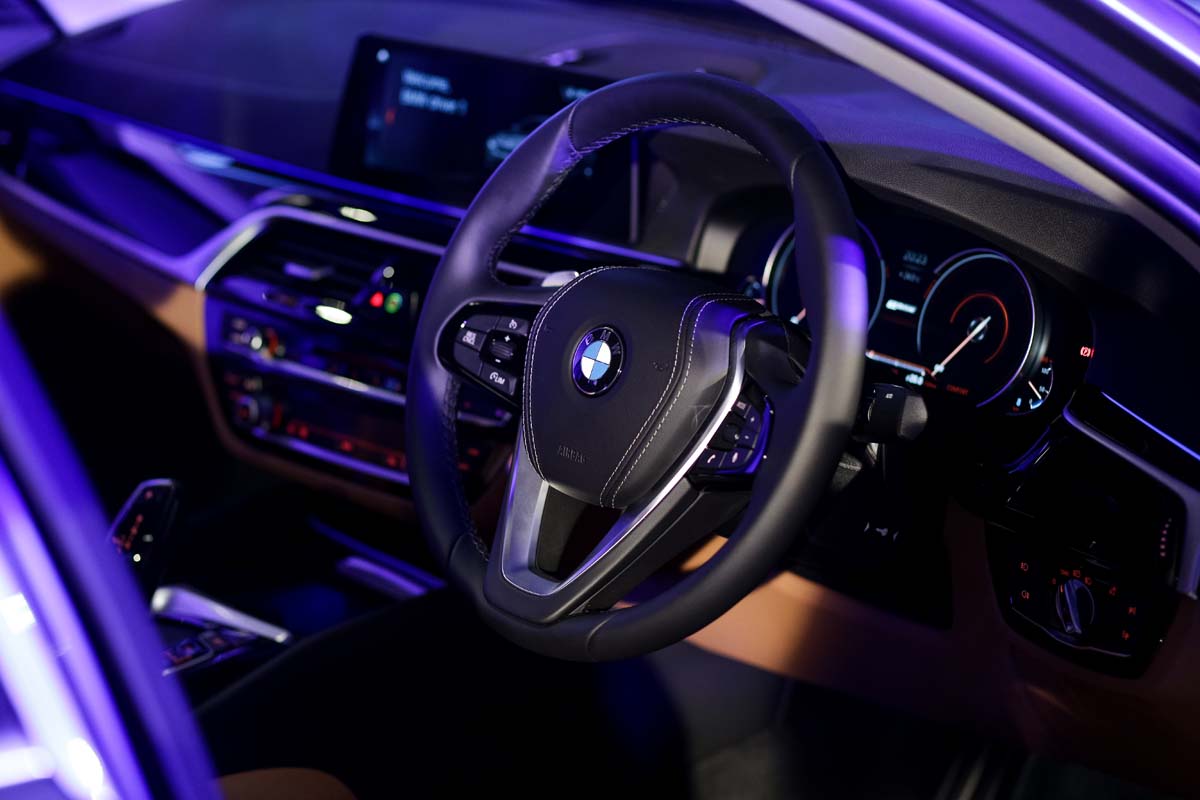 Between the entire iPerformance vehicle range, the 530e alongside the 740Le showcases the brand’s latest design language both inside and out. 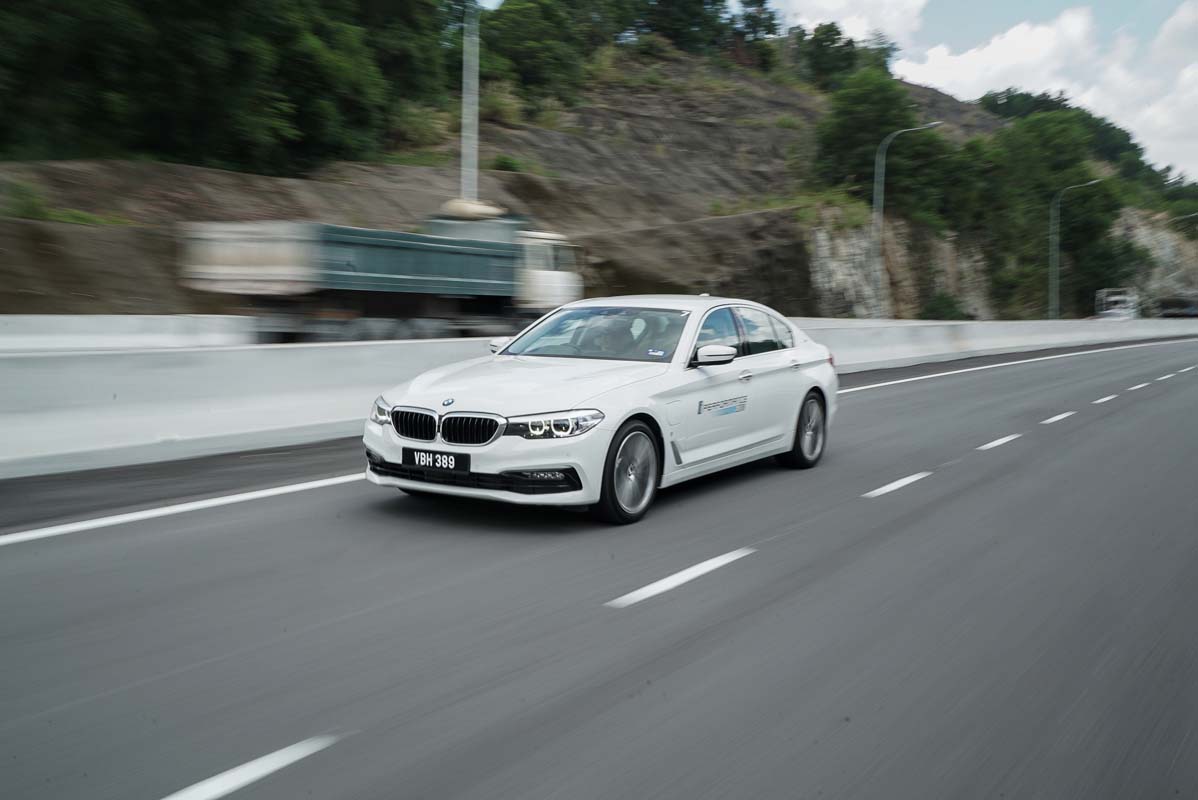 Driving the 530e is evidently the most seamless plug-in hybrid we’ve driven thus far, together with the 740Le. This is not to say that the 330e and X5 40e aren’t seamless, it’s just that refinements and insulation we feel from the cabin do make a difference. Here the signature BMW driving feel is a class beyond the other continental brands in the same class, but the lack of the head-up display on the 530e is probably the single most important exclusion compared to the 330e, 740Le and X5 40e. 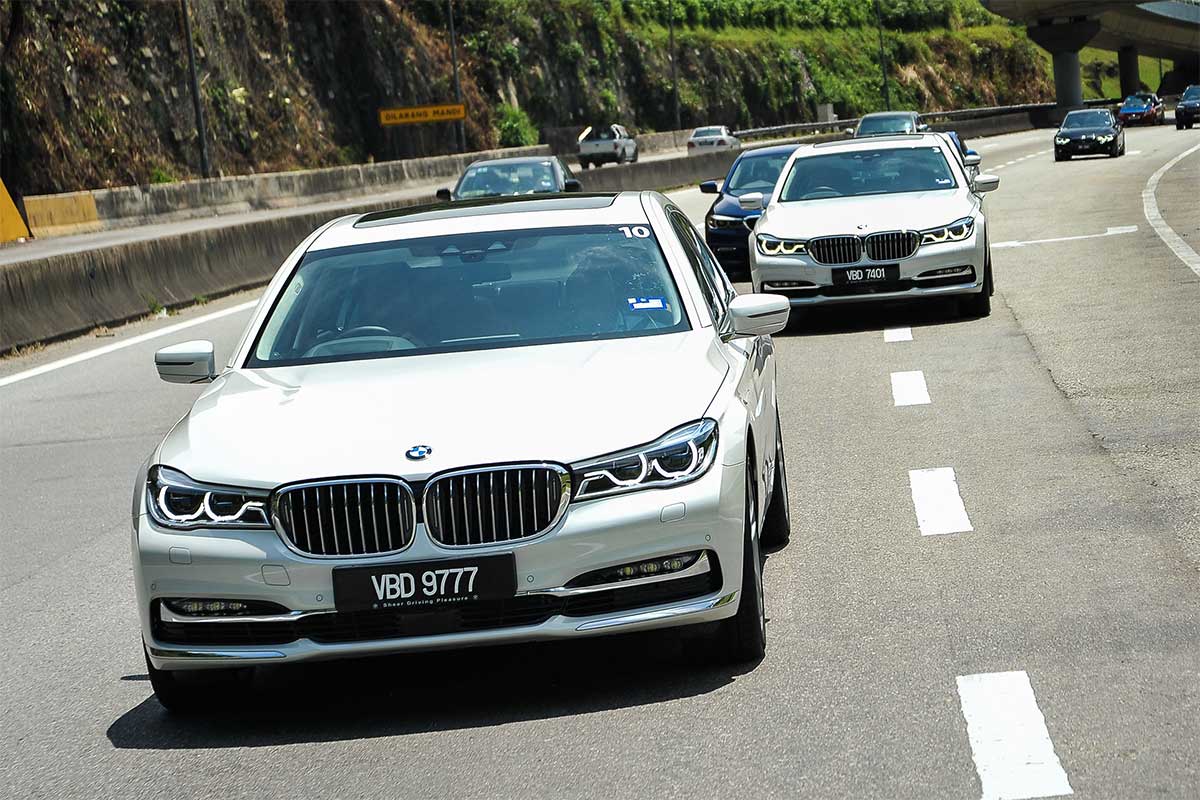 BMW’s flagship sedan here doesn’t disappoint. If top of the line luxury PHEV is what you’re looking for, the 740Le is a step above in available sedans both in comfort and equipment. 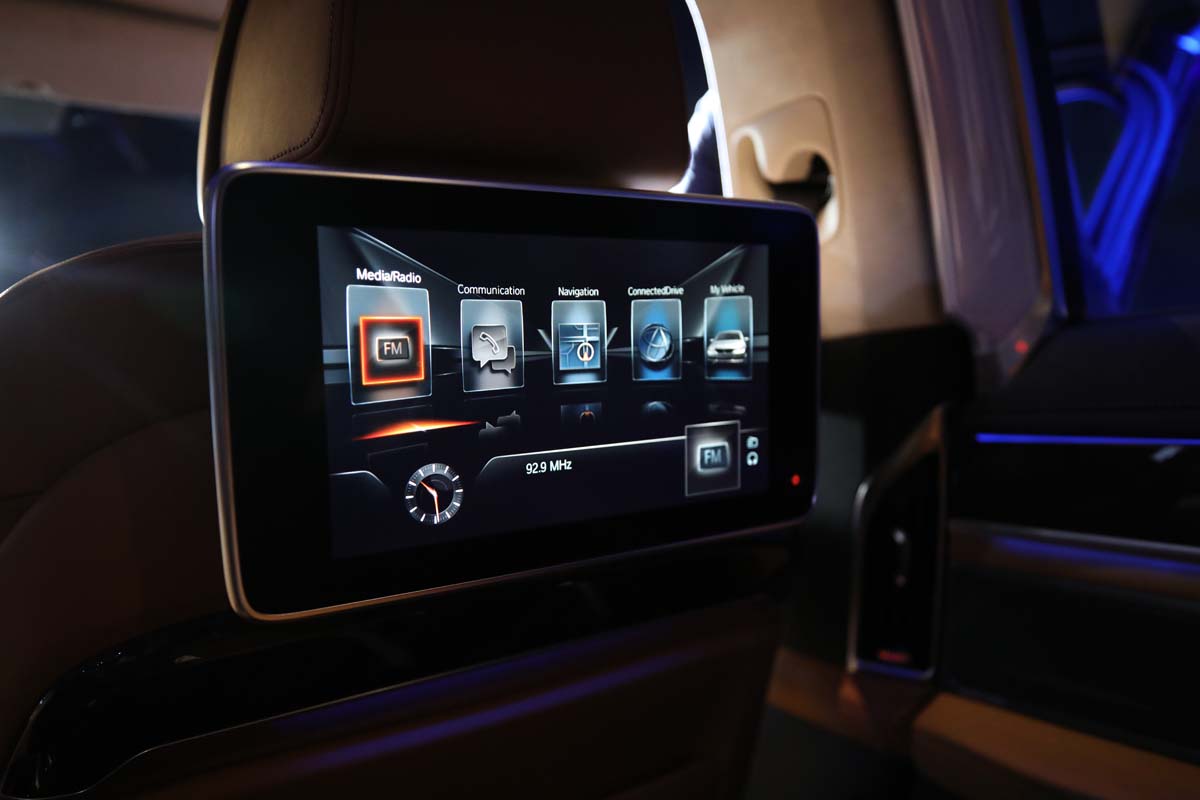 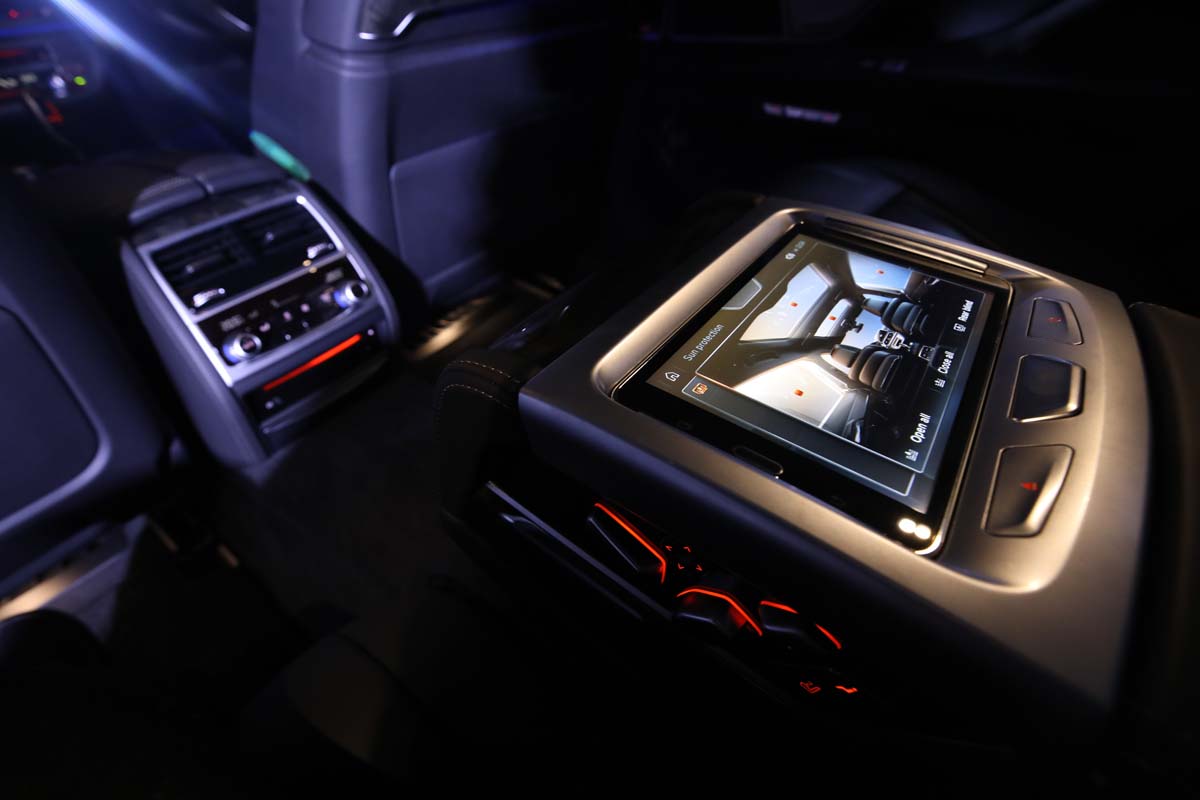 While the assumption that the 740Le should be the car that passengers be driven in, drivers also get to enjoy the full suite of features above any other iPerformance vehicle. 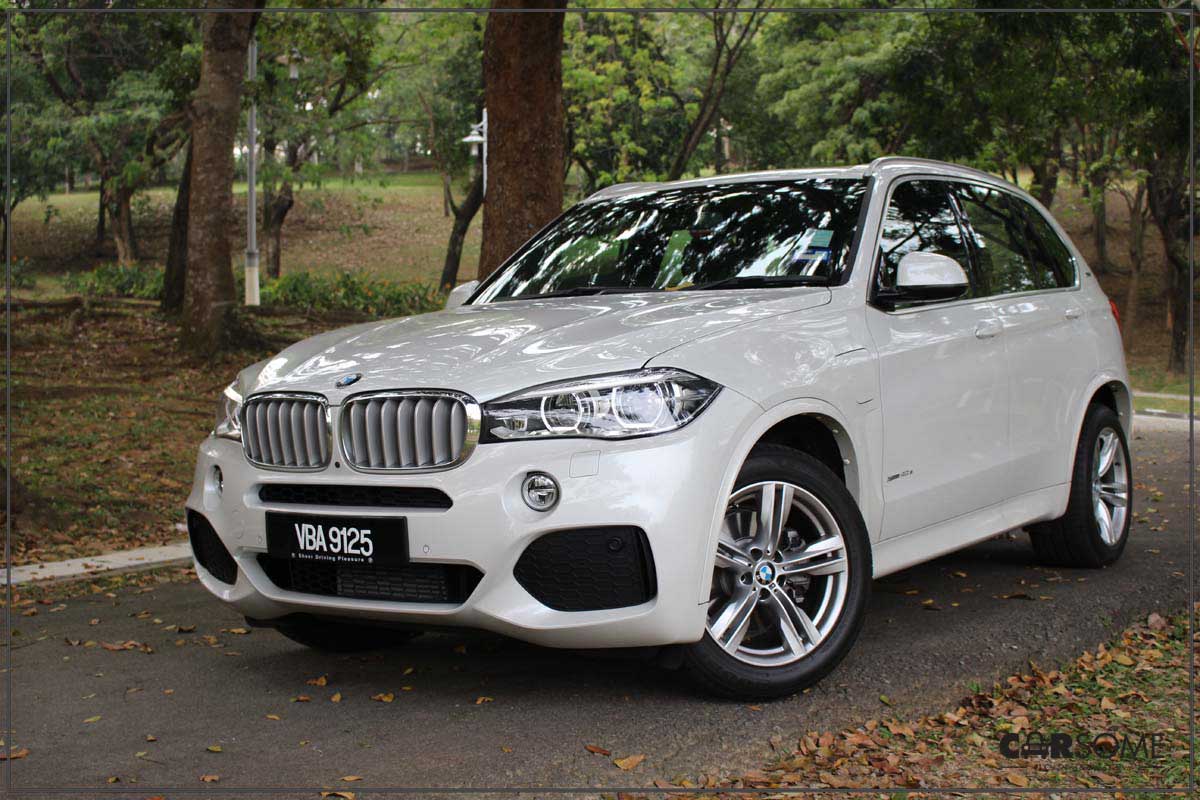 Despite being the first PHEV introduced by BMW Malaysia, it somehow still feels to be the best overall in the current range. The X5 40e features the M Sport Aerodynamic package that improves the look both in and out – adding the 19-inch M alloy wheels on the exterior and M door sill finishers, as well as the M leather steering wheel in the cabin. 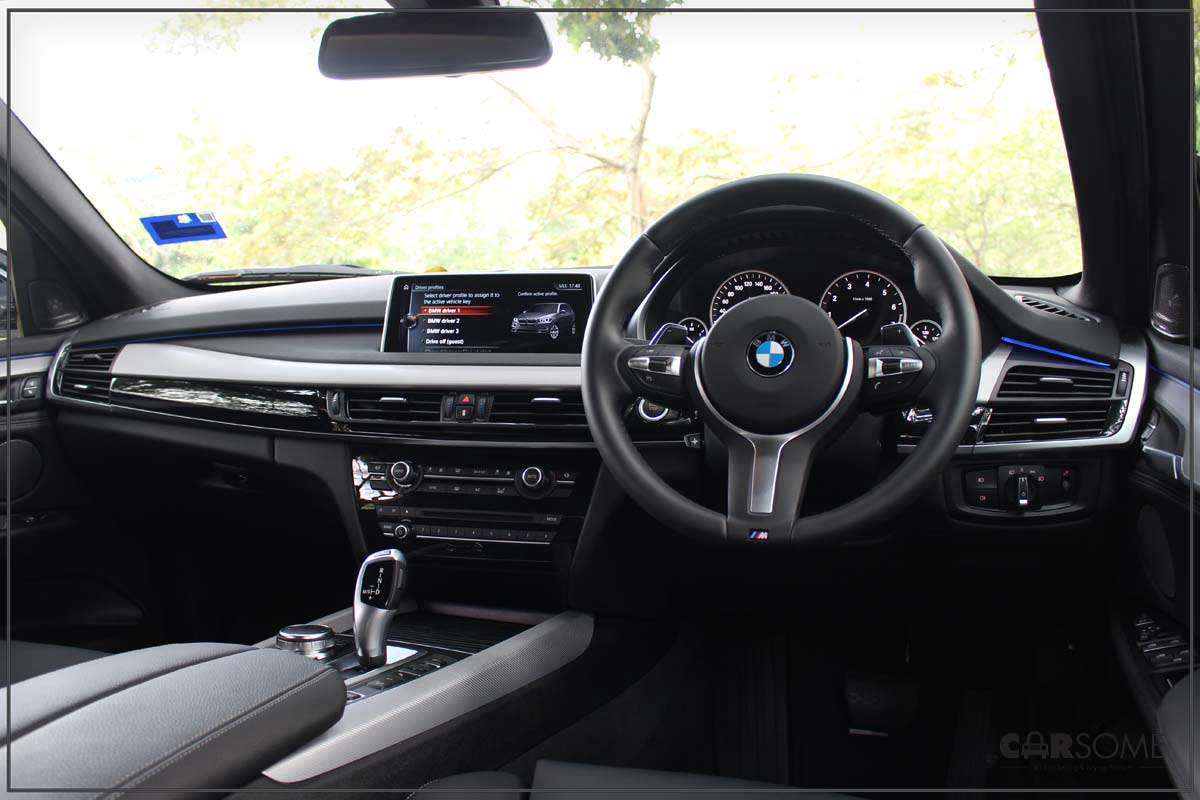 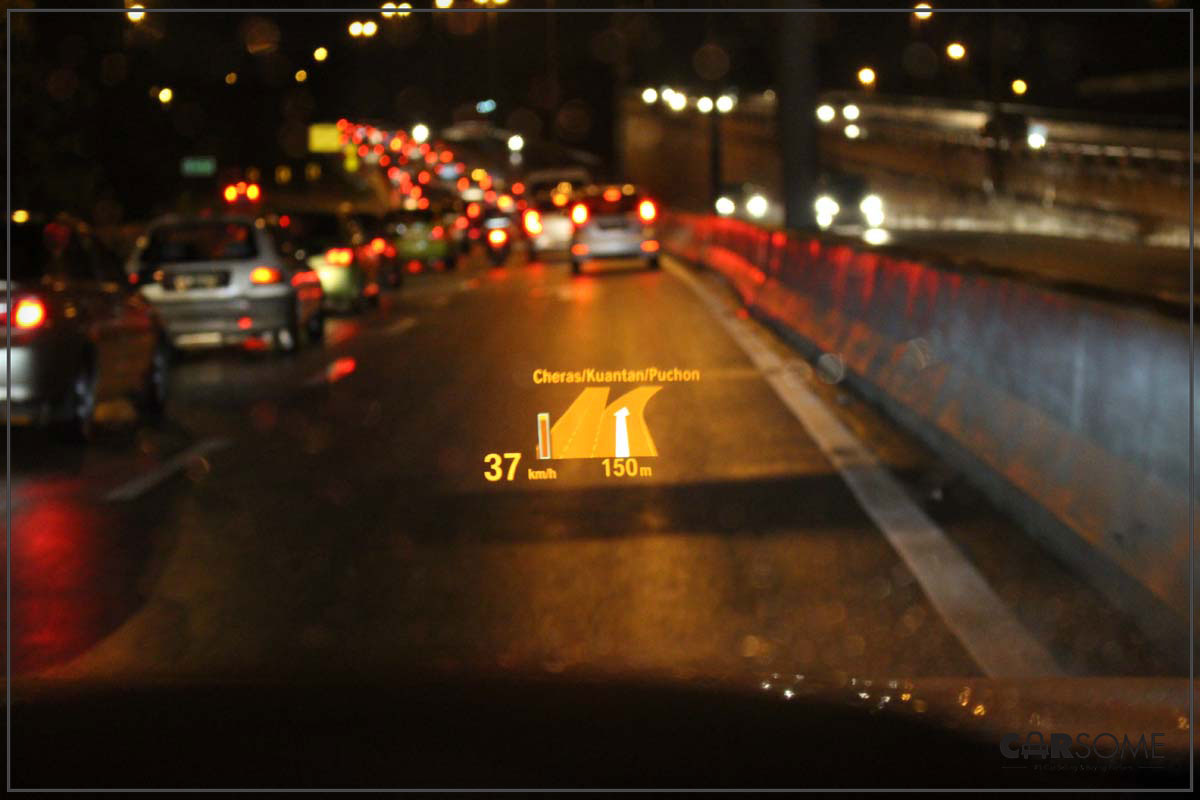 But more than that, the inclusion of driver assistance systems, BMW’s Head-up display, iDrive version 5 and Two monitors for the Rear seat entertainment professional with remote, the X5 here is adequately equipped. The infotainment system provides the master control towards the rear units, or separately (located at the rear centre outlet) however requires headphones to listen to media such as movies and music. 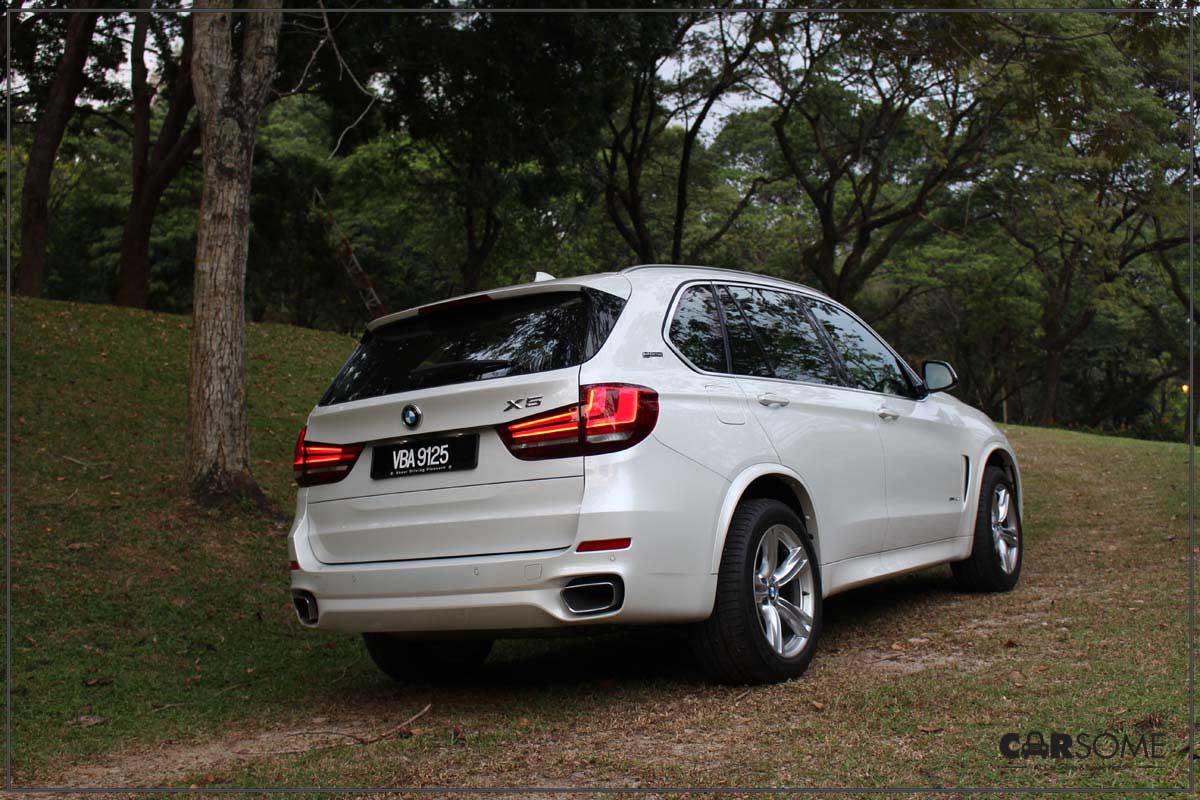 Some might argue that the seats lack lumbar support, and the ride could be a little bouncy depending on road conditions. Sport mode however solves the ride pliancy with enough for quick manoeuvres and the occasional sprint.

Overall we felt that comfort is good, however due to the size of the vehicle, the battery needs to be at a minimum charge to provide the initial get go before the support from the 2.0-litre unit comes in. Without it, the combustion engine requires a little more push to get the 2.3 tonne X5 moving forward.

Here the BMW Intelligent Safety Button located on the central dashboard allows the driver to immediately access various safety options including Lane Departure Warning and activate or deactivate the most recently accessed item.

As with storage and lifestyle, lightning accents throughout the cabin at dusk provides illumination in various pre-set colours across the lower panel doors and storage bins. There’s no saying that the rear space has more than enough space for a family road trip. It’s an SUV after all. The Surround view camera also makes it easy to park an SUV this size, and as with the brand’s ConnectedDrive services of Intelligent Emergency Call, Tele, Concierge and eDrive Services all included, it’s more than enough to assist you along the way.

Here's how to charge your iPerformance vehicle

As of publication, BMW Malaysia sells five iPerformance vehicles including the i8 sports car. Throw in the recently launched Mini Countryman Plug-In Hybrid within the BMW Group, consumer options are relatively wide enough to cover a compact hatchback, small, medium and large sedans as well as an SUV and sports car. Prices range from RM 241,420 for the Mini, and goes up all the way to RM 564,947 for the 740Le. More so with the inclusion of the ChargEV network that is part of the BMW Electric 360 programme, BMW has quite a plan for the electric future, Malaysia included. The only question now is, which of these PHEVs suit you best?

A Story of Vision Mobility

Click here to find out more about the Mini Countryman Plug-In Hybrid, the first ever plug-in Mini available in Malaysia!

Checked out the new BMW X3 yet? Click here to check out the differences between the old and new X3!

Find out how easy it is to sell your car via bidding! Fill in the form below and Carsome your way to fast, fair and free car selling!