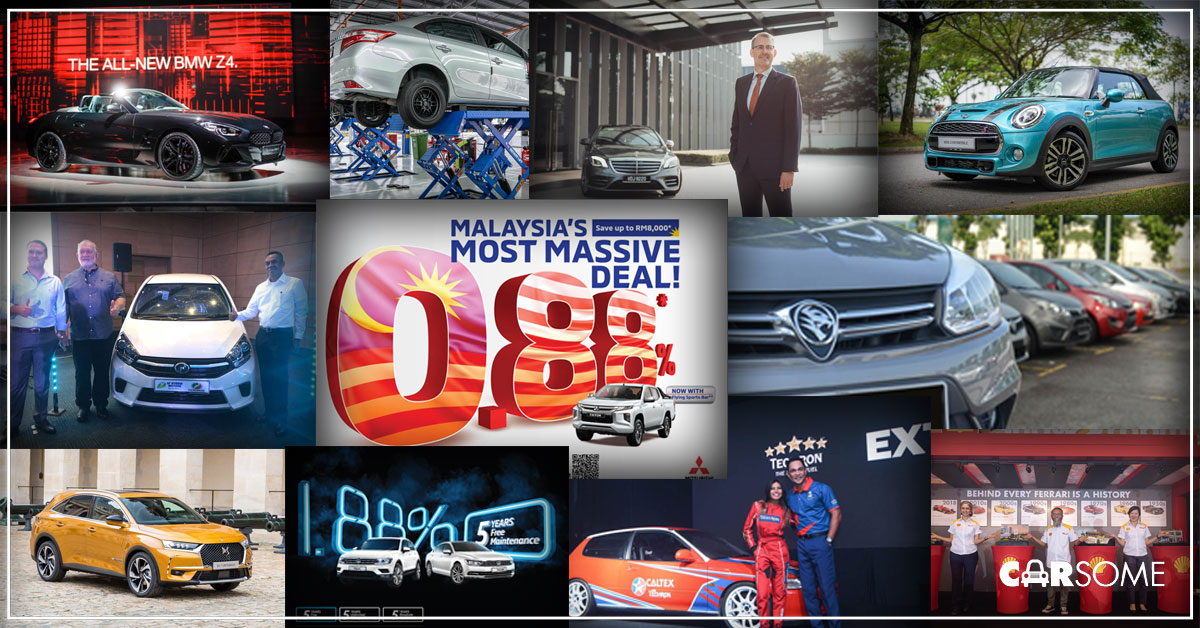 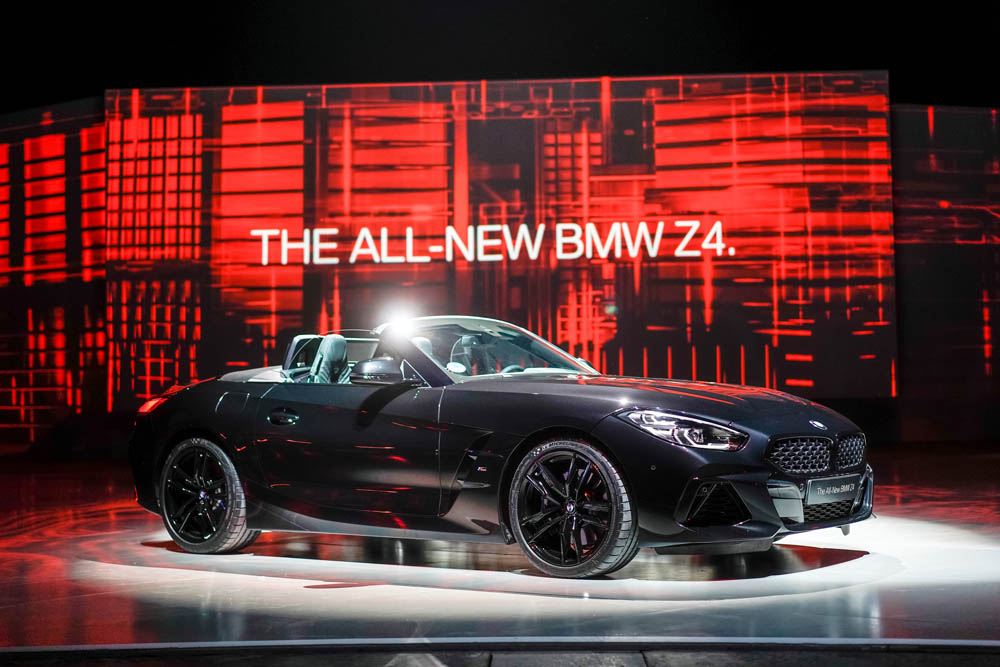 Following the preview of the all-new Z4 at the March launch of the 3-series, BMW has now officially put the price on the latest roadster. Offered in a sole sDrive30i M Sport variant, the new Z4 features the BMW Digital Key for use with select Android smartphones, wireless charging, intelligent parking assistant and more. Underneath is a 2.0-litre four-cylinder engine with 258 hp and 400 Nm of torque from 1,550 to 4,400 rpm mated to an 8-speed steptronic sport transmission. The all-new Z4 is priced at RM 479,800. 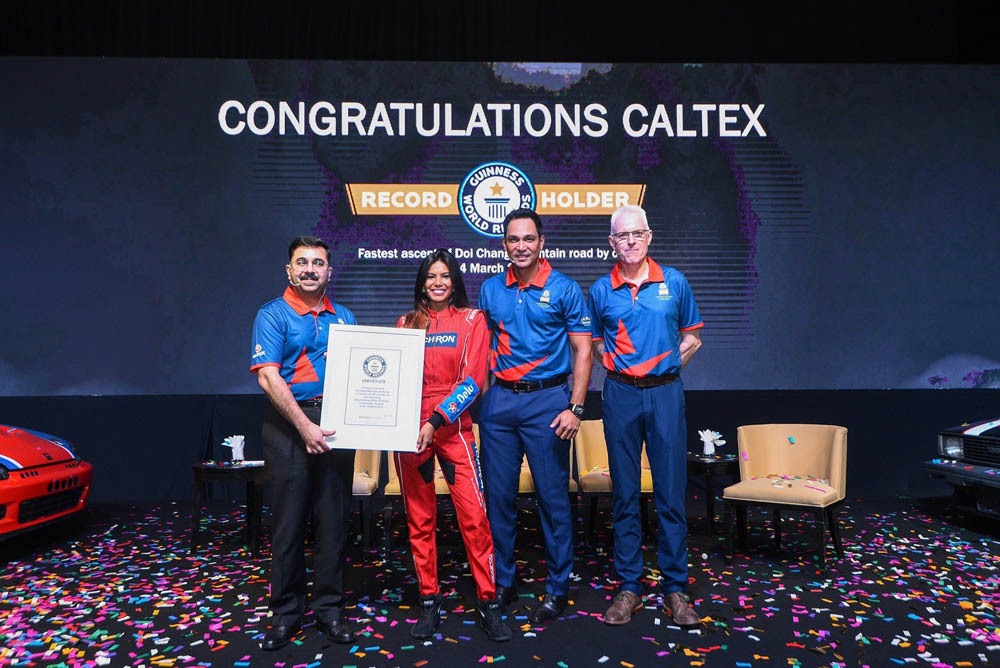 The recent Guinness World Record title for the ‘Fastest Ascent of Doi Chang Mountain Road by Car’ has put Caltex on the map. The attempt set by race car driver Natasha Chang was part of Caltex’s Fuel Power Challenge which put two drivers against the clock to reach the summit of Doi Chang Mountain in record time. Natasha achieved the title time with 6 minute 52.692 seconds in a 28-year old Honda Civic EG6. “With Caltex with Techron, the performance of the car we built from scratch for the attempt on a seemingly impossible timeline only got better which resulted in us breaking new ground in fuel innovation,” she said. 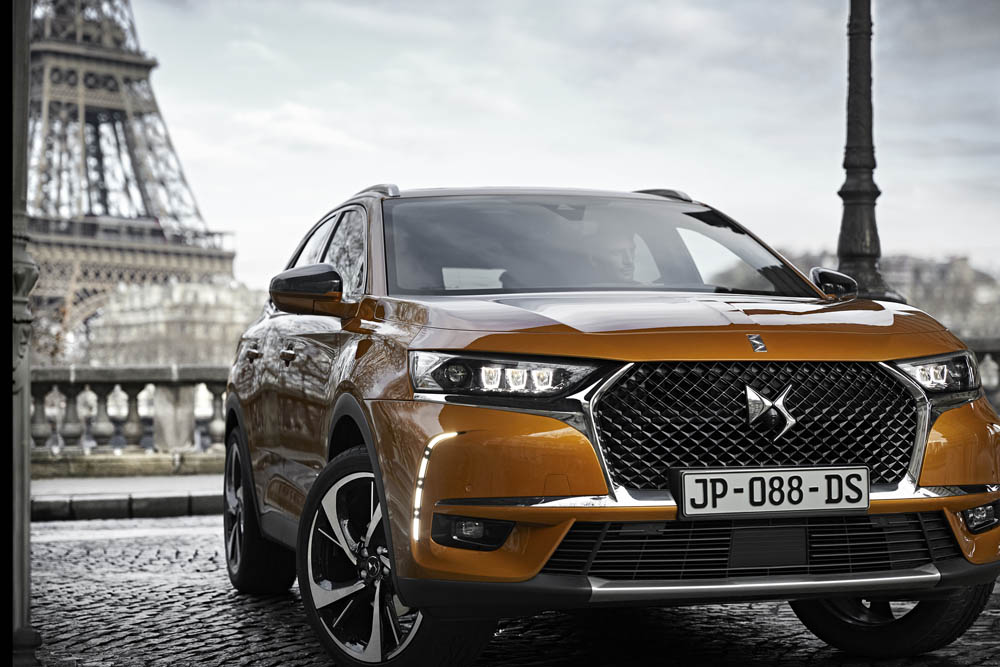 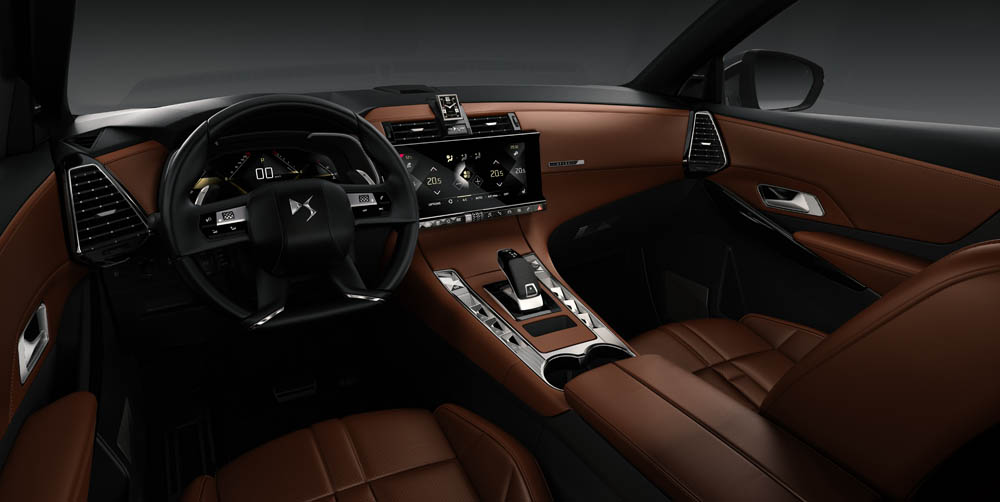 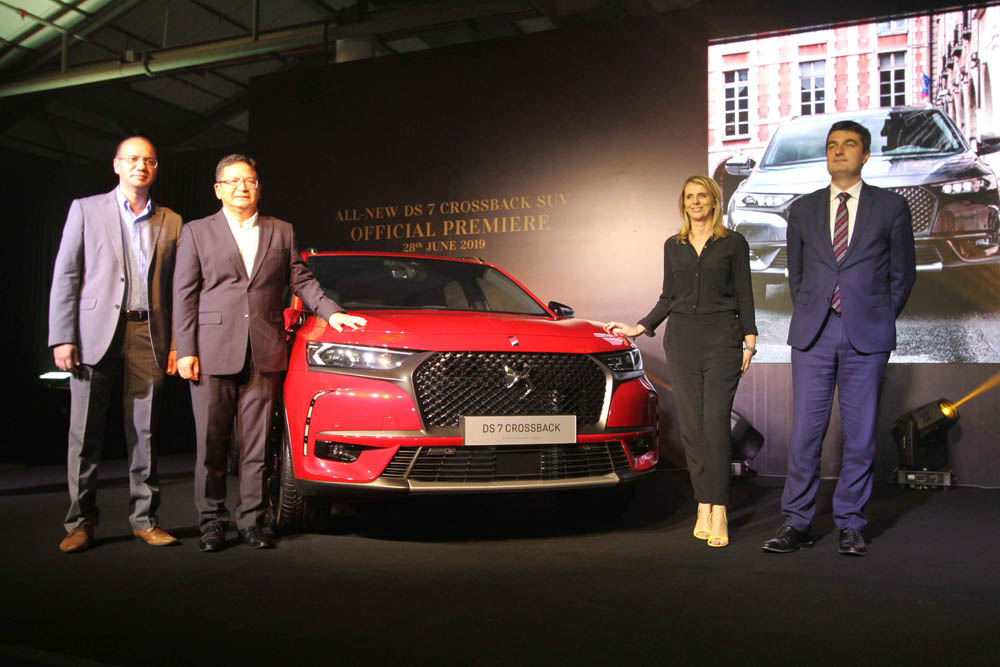 The DS 7 is now official in Malaysia after its introduction at the KL International Motor Show last year. Underneath is a 1.6-litre Turbo High Pressure four-cylinder engine outputting 165 hp and 240 N of torque from 1,400 rpm and is mated to a six-speed automatic. Equipment includes DS’ Active LED Vision system for lighting, interior displays of an 8-inch central touchscreen and a 12.3-inch digital instrument cluster. The former infotainment unit has Apple CarPlay, Android Auto and MirrorLink connectivity. There’s also a 14-speaker Focal sound system, cruise control, and wireless charger among others. On the safety end, there’s Six Airbags, ABS with EBD, Brake Assist, Dynamic Stability Control and Driver Attention Warning. The DS 7 Crossback will be offered in the Performance Line trim and is priced at RM 199,888 on-the-road without insurance. 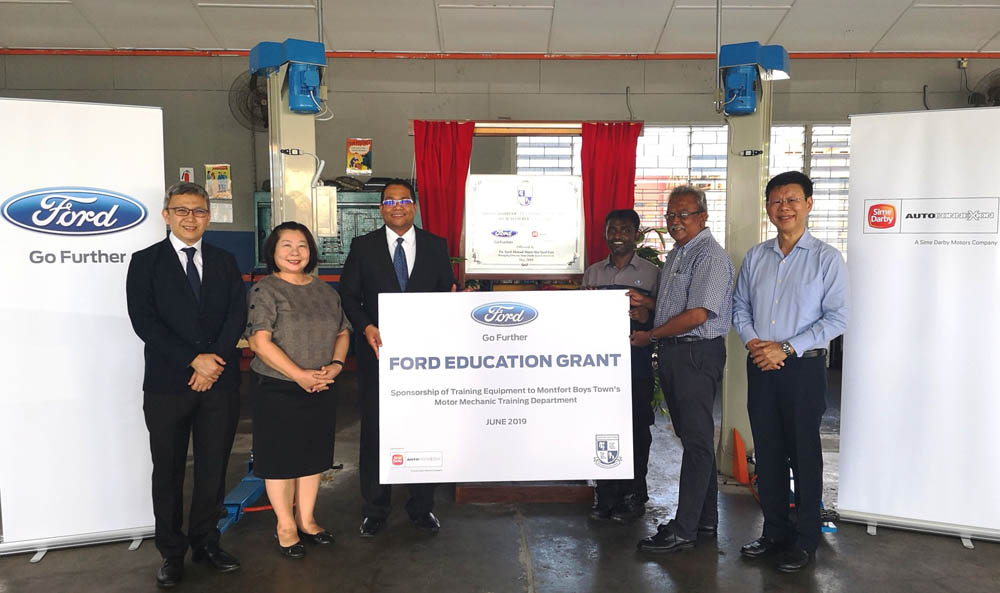 Ford through local partner Sime Darby Auto Connexion awarded US$8,000 grant to Montfort Boys Town (MBT) under the Ford Education Grant programme in Malaysia. The programme aims to support the local automotive industry with training to develop qualified technicians. MBY provides practical vocational training and life skills to underprivileged youths to help them enter the workforce and live a successful life. In 2017, Ford donated two Ford vehicles and equipment that allowed MBT to introduce one additional training programme in their curriculum. Support for MBT is part of Ford’s CSR efforts locally. Other initiatives include the award-winning Ford’s Driving Skills for Life – a hands-on driver safety training programme for licensed drivers of all ages. 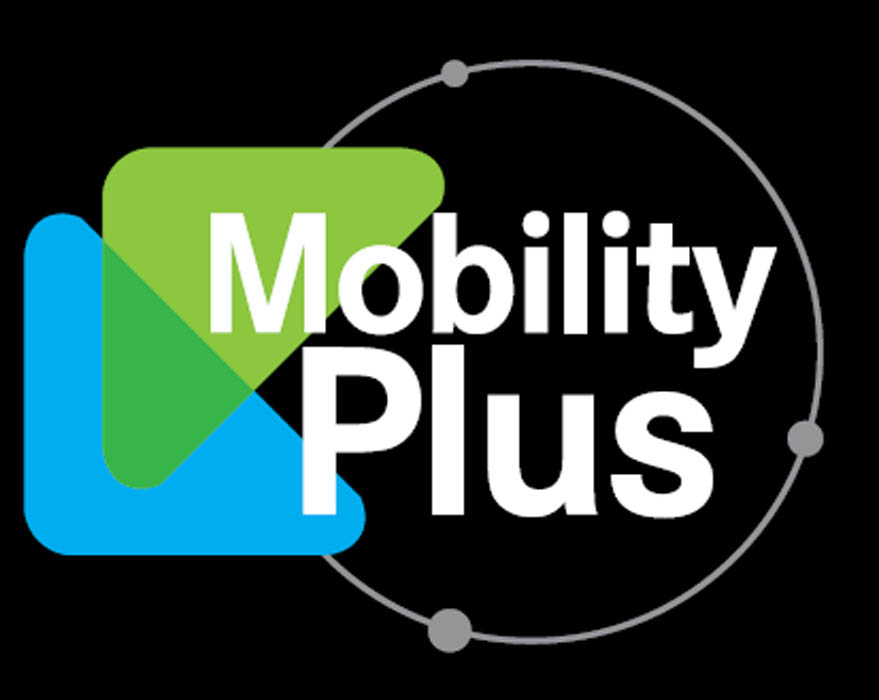 MobilityPlus is a car replacement program that complements customers who have chosen to finance or lease with Mercedes-Benz Financial. The program allows Mercedes-Benz car owners to enjoy a replacement car when their vehicles are sent for routine servicing (including warranty claims) that require 48-hours or more. For added convenience, customers will be able to select their preferred pick-up and drop off points. A 20-day per year entitlement period is offered for the replacement car at no extra cost to the customer. The network coverage includes Langkawi and Labuan. 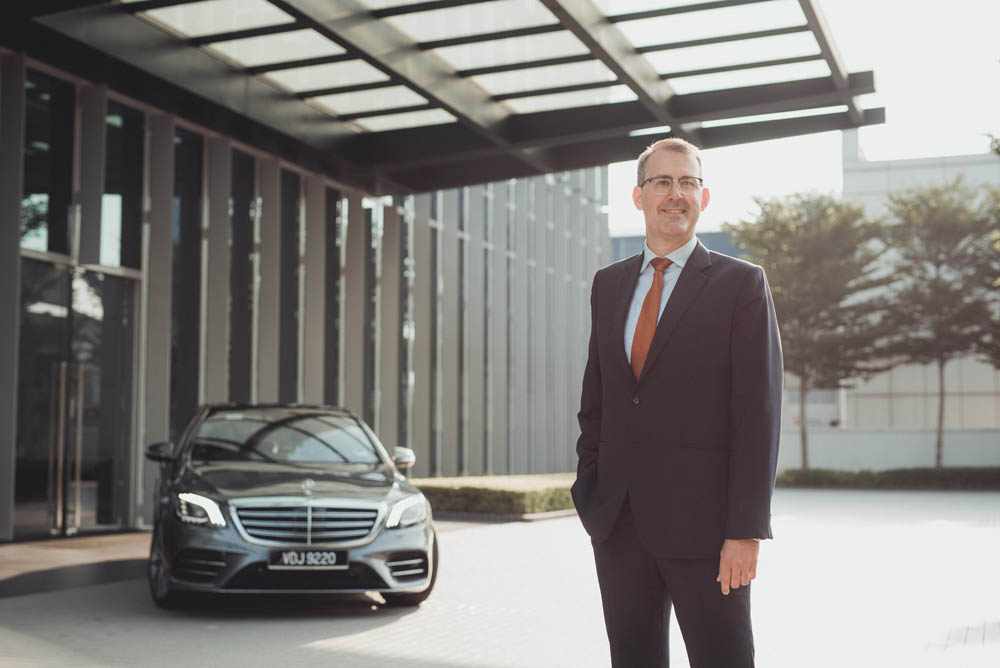 Michael Jopp has been appointed to replace Mark Raine as Head of Sales and Marketing. Prior to Malaysia, Jopp served as VP of Sales and Marketing in India for almost 3 years. During his time there Mercedes-Benz India had new digital initiatives introduced, topped JD Power’s Sales Satisfaction ranking and ended 2018 as the country’s highest-selling luxury carmaker for the fourth consecutive year. He brings along over 20 years of experience in the automotive industry with roles associated with Daimler and Mercedes-Benz in Germany. 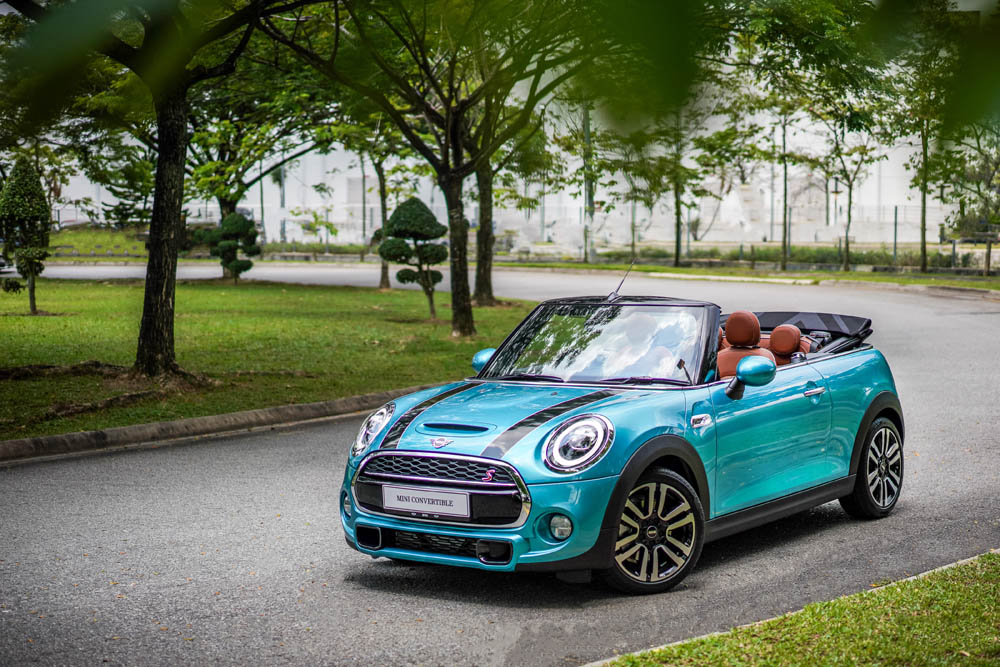 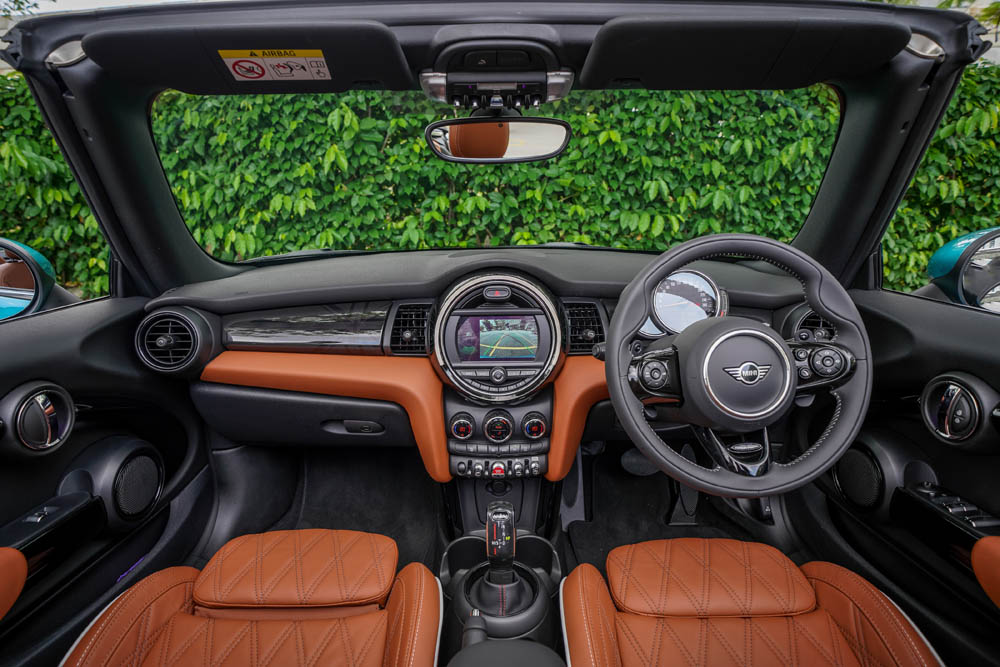 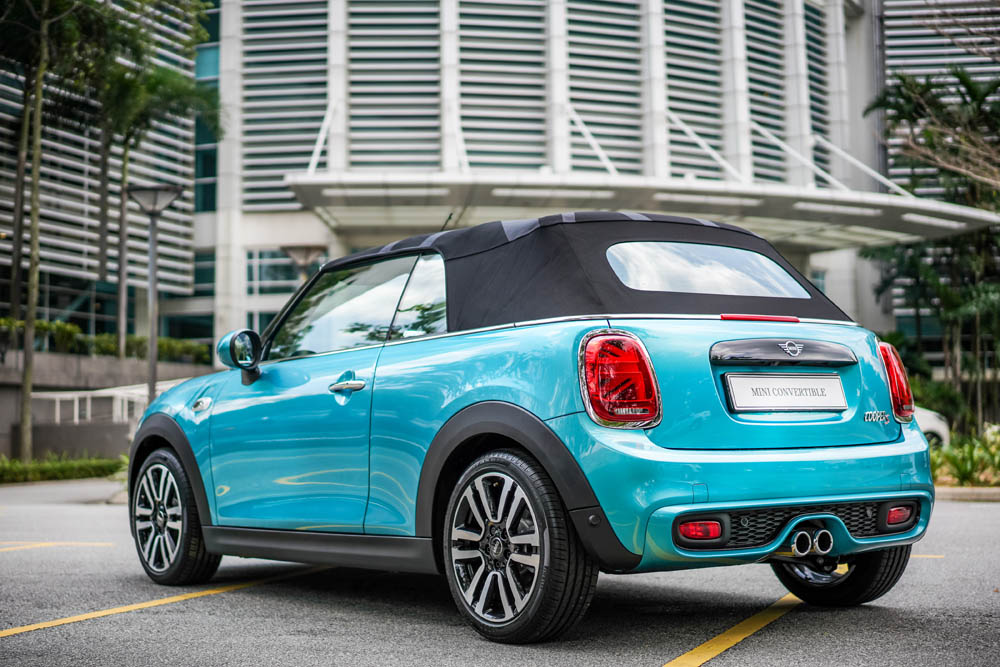 In celebration of the 60th Birthday of the Mini, Mini Malaysia will offer the convertible in only 20 units. Design wise, the Union Jack from the design portfolio is woven into the fabric of the soft top which opens within 18-seconds with a speed of up to 30 km/h. The LED head and taillights are the latest, with the front including the DRLs as a full circle while the rear has the Union Jack design in-built. The engine is the 2.0-litre four-cylinder turbo that produces 192 hp and 280 Nm of torque with a century sprint time of 7.1-seconds and a consumption of 5.7-litres per 100 km. As for the interior, the diamond-stitched saddle leather comes in Malt Brown. Safety features include an active rollover protection system that ensures head protection when the car overturns. Additionally, there’s Rear Park Distance Control, Dynamic Traction Control and Dynamic Stability Control. The new Mini Convertible is priced at RM 279,888 on-the-road without insurance. 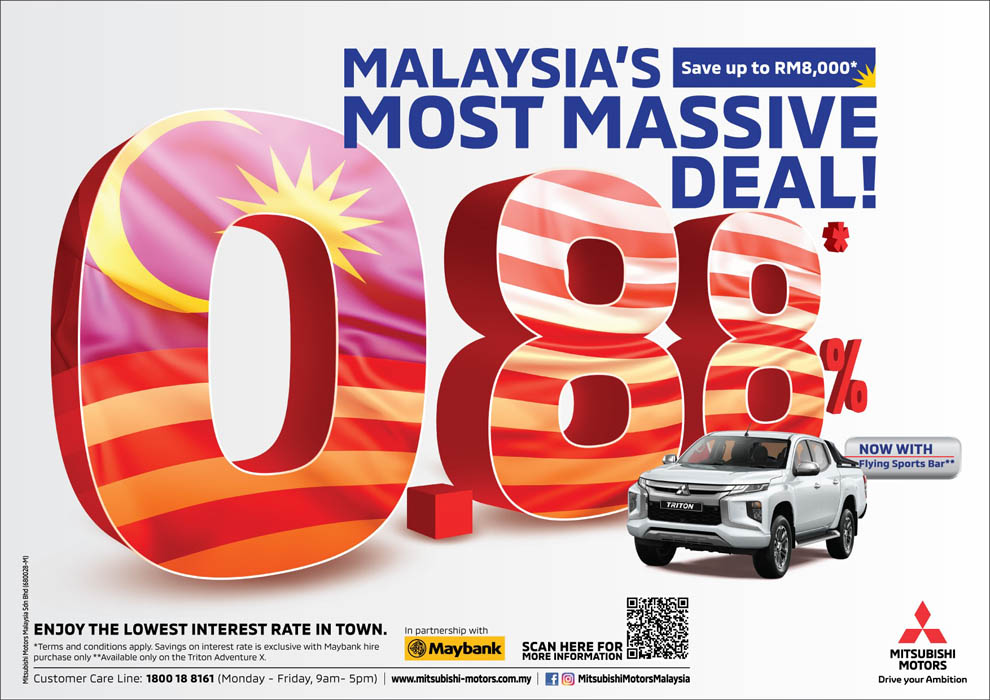 You can now buy a Perodua Axia in the Seychelles 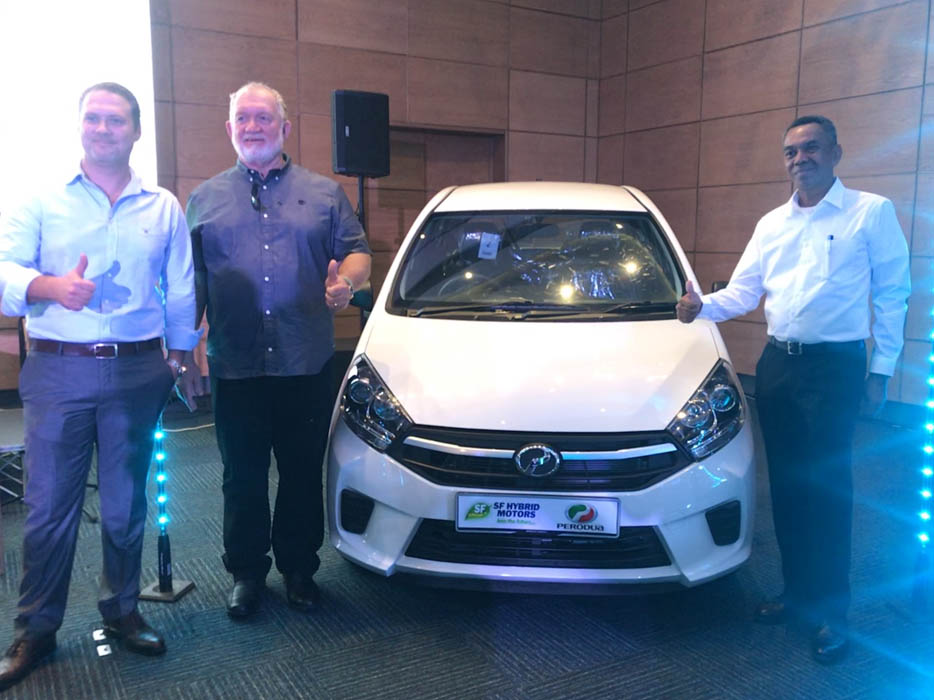 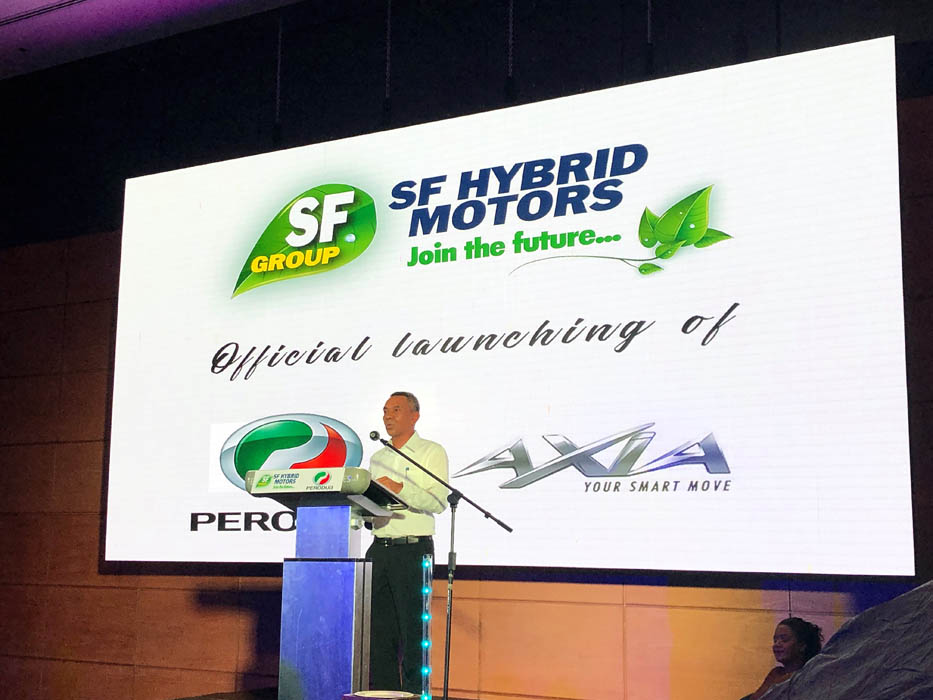 Perodua has made its debut in the east African island of Seychelles with the launch of the Axia. Offered in four variants of the E, G, SE and AV at prices from 235,000 (RM 71,500) to 290,000 (RM 88,300) Seychellois Rupees respectively, all variants are powered by the 1.0-litre engine with VVT-i and mated to either a five-speed manual (on the E spec) or four-speed automatic transmission. SF Hybrid Motors Pty Ltd is the official distributor in Seychelles. 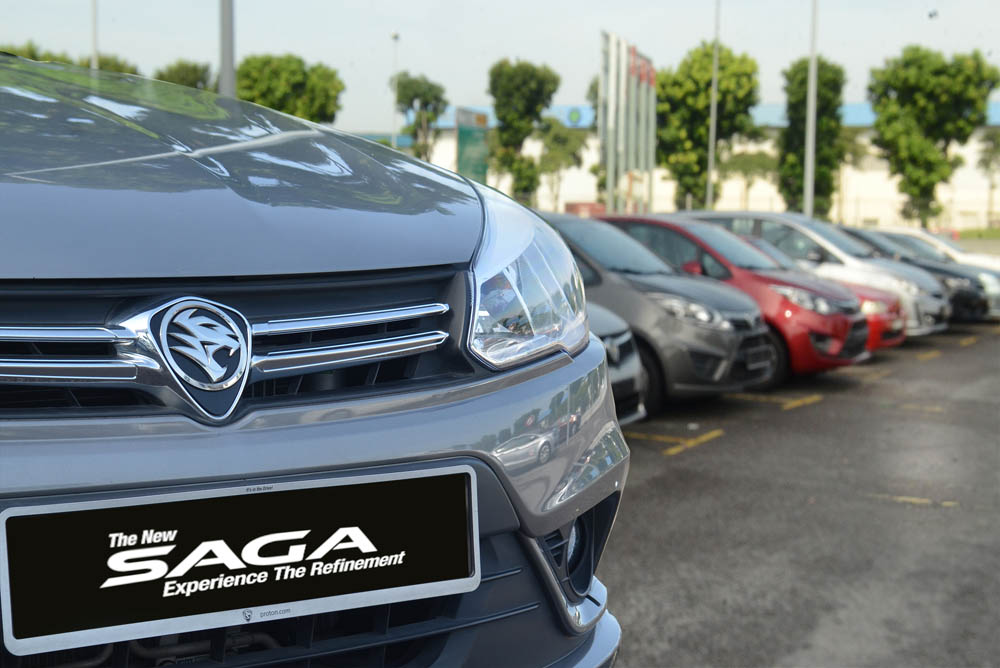 Proton has recorded its highest market share since July 2015 with sales of 7,615 units in June as its second highest figure posted by the company this year. This has helped the brand finish second in the sales table for the third consecutive months and contributed to an overall sales growth of 61% for the first six months of 2019. The Proton X70 is certainly one of the product stars with 15,175 deliveries for the first half of the year. As for the growth of 3S and 4S outlets, Proton has increased the number to 91 outlets as of the end of June 2019. 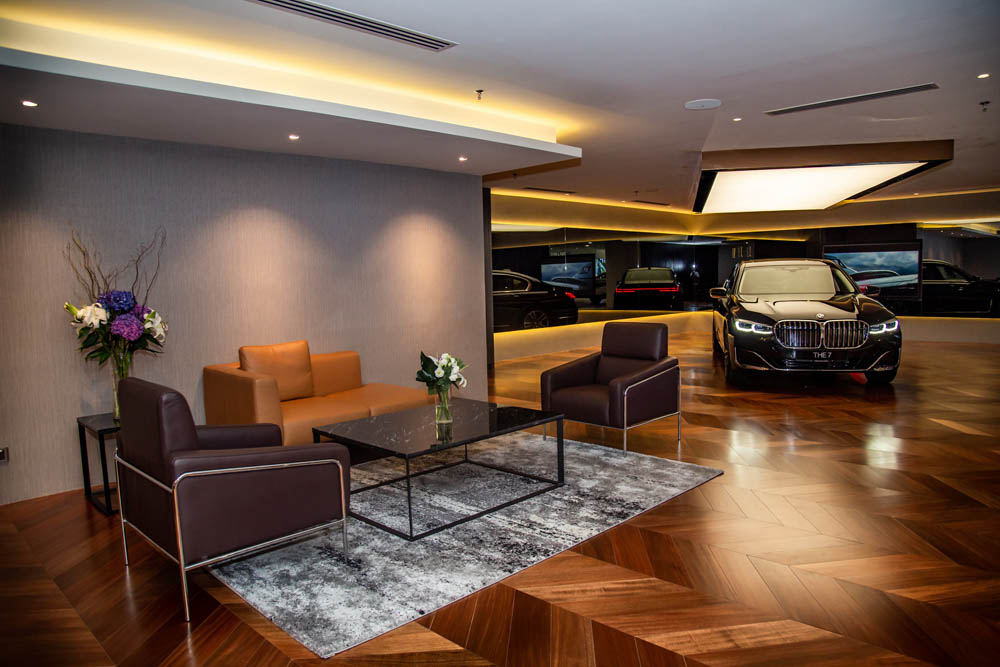 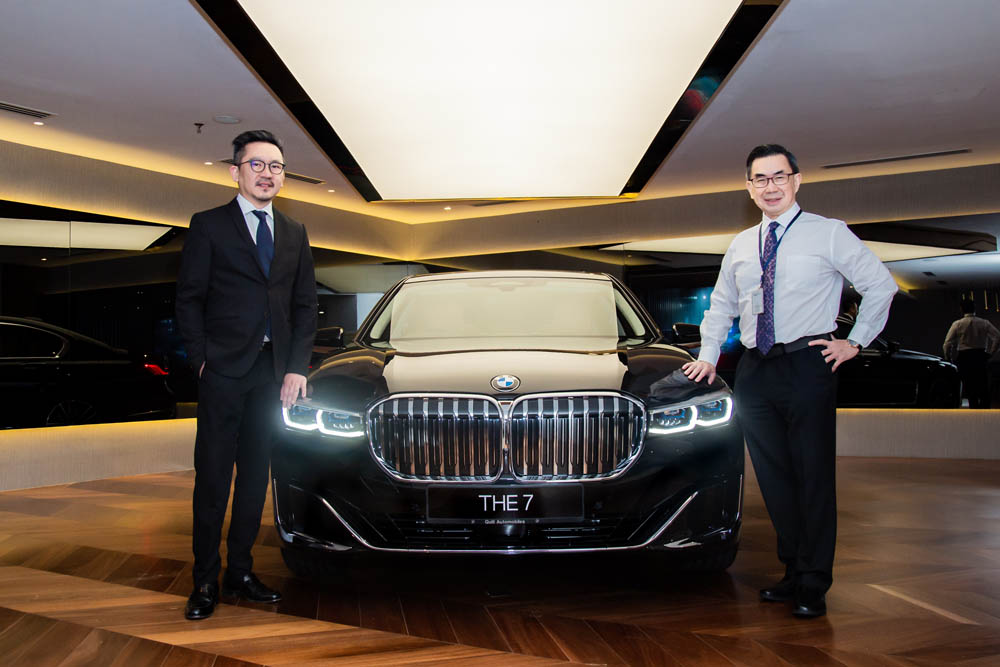 Located in Quill 9, the new showroom occupies a total built-up space of over 33,000 square feet and enables 14 BMW vehicles to be displayed at one time, making it one of the largest BMW dealerships in Malaysia. Sporting a new expression and experience for customers, the showroom now features a new Grand Klasse (GKL) luxury boutique in addition to the BMW Customer Lounge, Isetta Bar and BMW Lifestyle area. Quill also operates the stand-alone Service Centre located in Section 13 where the 4S centre has a team of 90 staff serving the full suite of sales, service, spare parts and systems for the BMW brand. Quill is also currently having its ‘X Marks the Future’ campaign where customers who purchase a brand-new BMW from now until 31st December 2019 are entitled to 10 entry forms to contest and win a BMW Z4 sDrive 30i M Sport.

Shell is back with Ferrari car collectibles nationwide 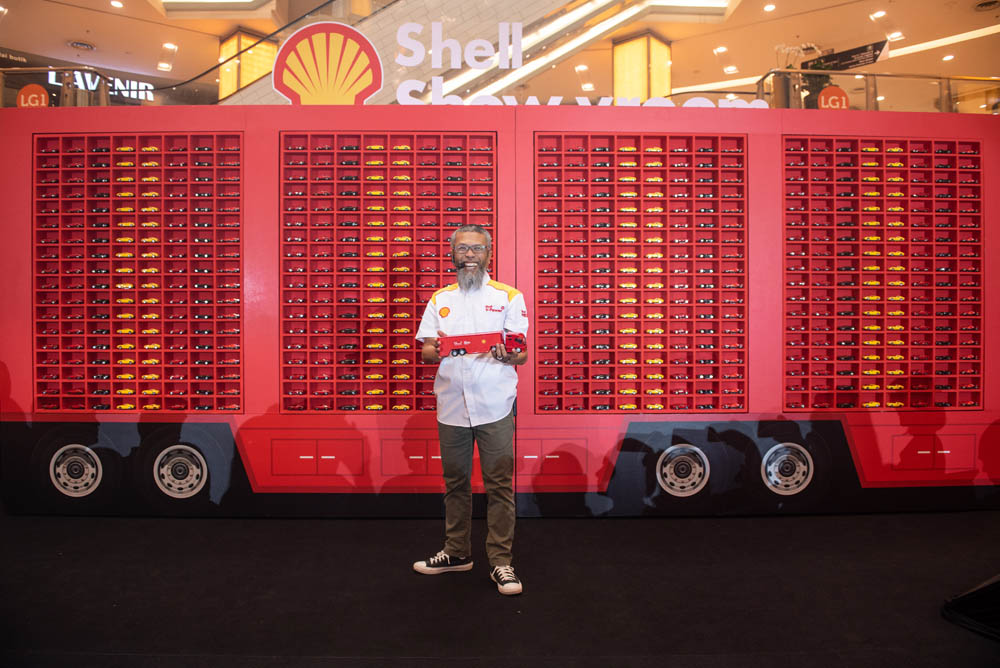 There are 8 Ferrari scale models now for sale at Shell stations nationwide until 8 September 2019 at only RM 15.90 each with a minimum fuel purchase of RM 30 on a single receipt. Two models will be released every fortnight since 1 July with the 488 Spider and 365 GTB/4 kicking off the campaign. There’s also the 1957 Testa Rossa, 430 Scuderia, 250 GTO, 288 GTO, F50 and Ferrari’s SF71H Formula One car. Those looking to make the collection special can also get the limited-edition hauler truck that has been designed to display the Ferrari car collectibles. Customers can either get it complimentary with the purchase of Shell Helix Ultra 4L or purchase it at RM 99.90. 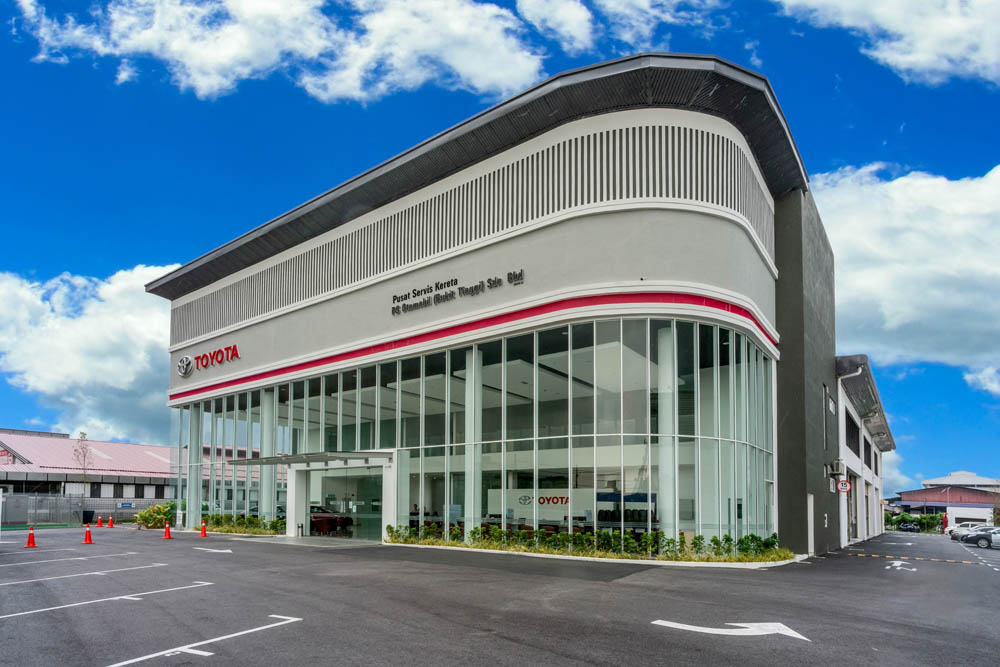 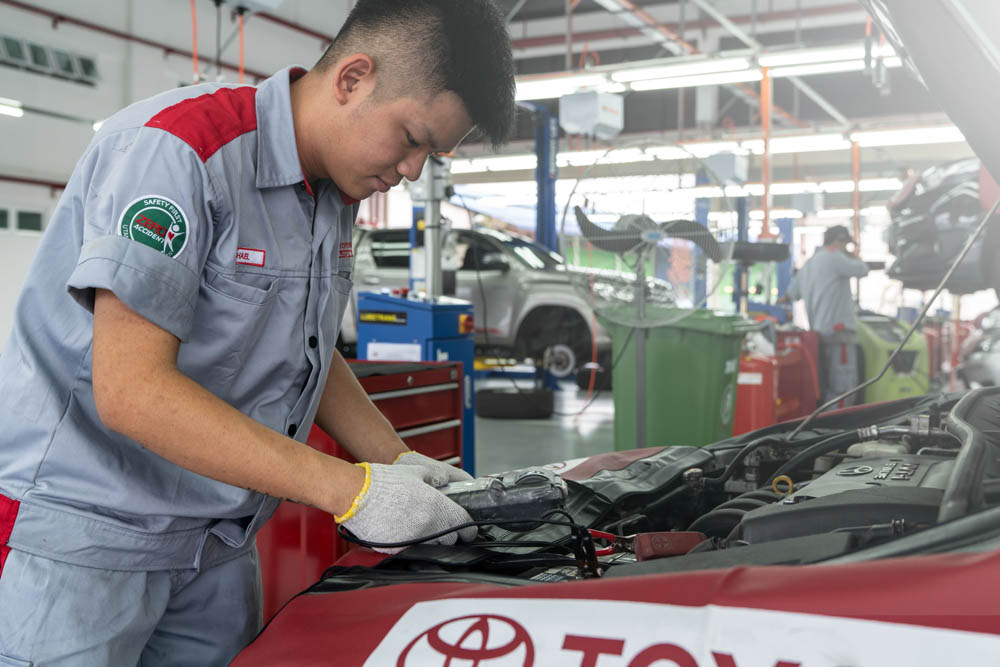 Toyota owners within the Pandamaran, Bukit Tinggi, Bandar Botanik and other nearby areas in Klang can now get their car serviced at the 2S outlet with 19 service bays. Operated by PS Otomobil, they have been an authorised Toyota dealer since 2015 with a sales outlet in Bukit Tinggi, Klang. The centre will be equipped with diagnostic equipment and necessary Special Service Tools to maintain Toyota vehicles. PS Otomobile is located at PT 7420 Jalan Kim Chuan, Pandamaran, 42000 Klang. For enquiries, call 03-3323 9398 for Sales or 03-3385 2381 for Service. 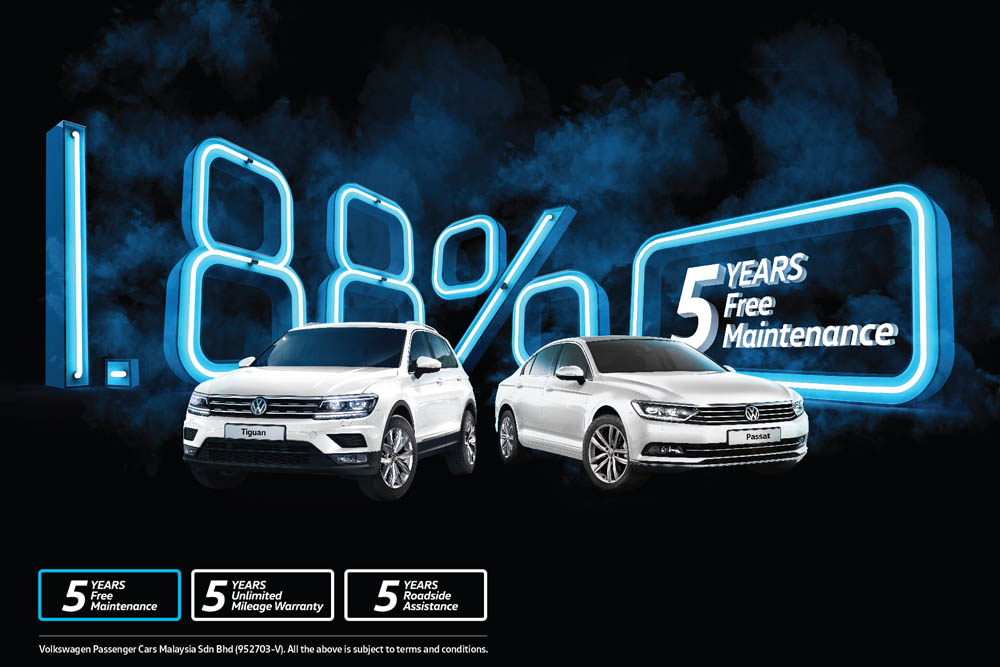 Volkswagen Passenger Cars Malaysia has announced additional two years free maintenance for the Tiguan and Passat 1.8TSI Comfortline and 2.0TSI Highline. The promotion is valid for new car buyers from the 1st July to 31st December 2019 and is available for all variants of the Tiguan and Passat including the Sound & Style and Join editions. With this there’s a total of 5 years free maintenance or 75,000 km whichever comes first, 5 years unlimited mileage warranty and 5 years roadside assistance. With a low interest rate of 1.88% per annum and the additional 2 years free maintenance, buyers now get a savings of RM 13,800 on the Tiguan and RM 15,100 on the Passat. For more information, visit the nearest authorised VW dealership or VW Malaysia’s website.

Want to own a piece of history? VW is only selling 75 units of the Collector’s Edition Beetle!

Looking for passenger car tyres that has good wet braking even when worn? Check out Michelin’s Energy XM2+ tyres!

Sell your car through Carsome! Start by filling in the form below!