A Guide to Car Engine Oil & When You Should Change It

Did you know that the engine oil is the lifeline for your car and if it is not checked when required, you could be looking at costly repairs or even an engine replacement. So, checking your oil, which is also known as black oil or lubricating oil, frequently should be a priority in your car maintenance routine.

But what is engine oil for? Lubrication.  As there are many metal components inside an engine, the oil works as a lubricator to ensure everything runs smoothly by reducing friction between these components. This oil also helps in dissipating heat away and also helps in cleaning the engine by trapping debris, as well as engine shavings that would otherwise end up scratching your engine internals. 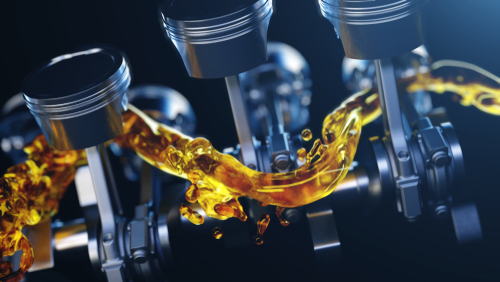 So, here are some tips to help you understand when you should change your engine oil.

5 Signs That Your Engine Oil Needs to Be Changed

Some car owners might argue that their engine oil should only be changed after their car reaches a certain mileage or from the number of months since its last change. While this is true, you should also keep a lookout for these five warning signs that indicate you might need to change your oil earlier than expected.

Clean and concentrated engine oil is able to lubricate and prevent the many metal components in an engine from making contact. But when the oil is less concentrated or dirty, it can no longer lubricate properly which will cause a knocking sound from the engine because of the friction between the metal components. This can also cause your engine to overheat.

When you smell the scent of petrol every time you get in your car, this indicates a problem with your engine. The smell may be due to an oil leak in the engine or engine overheating which causes the petrol to burn in the exhaust system, resulting in gray or bluish smoke coming out of the exhaust pipe. Immediately replace the engine oil if such signs appear to prevent serious damage to the car such as your engine catching fire.

Clean lubricating oil is usually brown and transparent. However, the color becomes darker due to the dirt and debris from the internal combustion of the engine. So, the next time you check the oil level, do the dipstick oil check. If your dipstick can’t be seen due to the color of the oil, you need an oil change.

How to Perform a Dipstick Check

If the car engine warning light starts to blink on your dashboard, it indicates that your car engine is low on black oil. If the engine oil light is on, immediately check the oil level and add some if necessary. Take your vehicle to a nearby workshop for further inspection to prevent any serious damage from happening.

An increase in fuel or petrol consumption can lead to the car’s engine oil needing to be replaced. This is because the this oil is not as concentrated as it should be and causes stress on the engine. Engine components will then have to work harder than usual with an increased performance which indirectly increases petrol consumption.

There are more to engine oils than just these warning signs. To get a car to drive with optimum performance, your engine has to perform at its best too and this also depends on the type of black oil that your car uses. 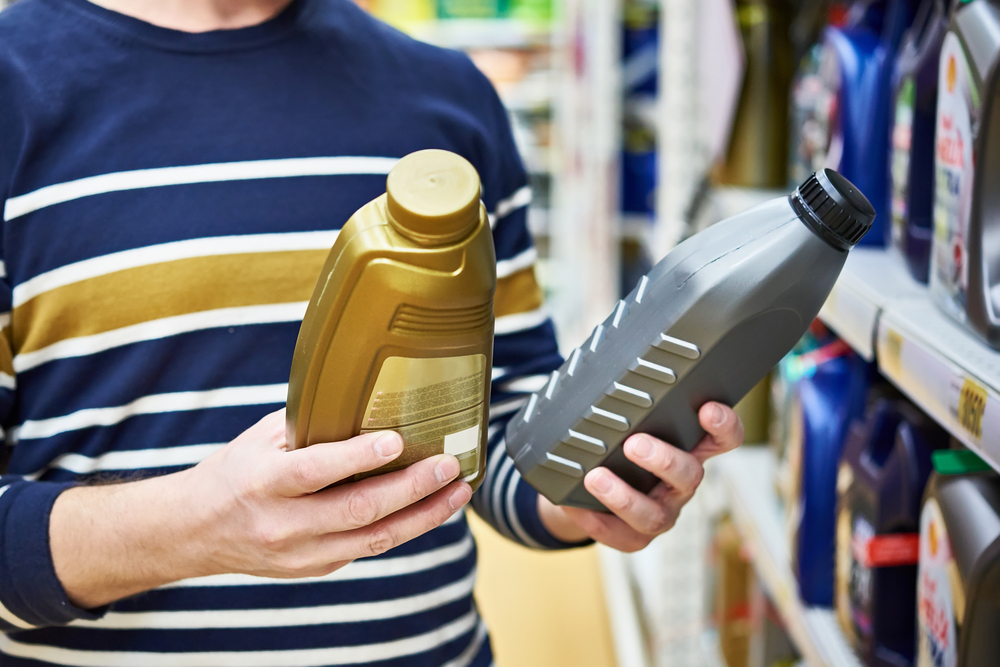 The first step in choosing the right lubricating oil is to know the model and series of your car. Newer car models are equipped with new high-performance engines that are formulated to increase efficiency throughout the drive. As a result, most of the oils sold in the market today are formulated and developed to keep up with the technology and development of these new engines. So, make sure you check the types of oils that are suited for your car model and make.

Consider your environmental and location factors before choosing the right oil to use. Different environmental conditions (such as hot or cold climates, paved or rocky roads, among others) can cause different problems for your car. Typically, the engine oil replacement is based on how frequent and how far has the car driven and what type of terrain it is driven on.  If the car is frequently used or frequently driven on rocky terrain, its oil needs to be replaced sooner. However, even if the car is rarely used or driven on a normal road, the oil still needs to be replaced according to the service schedule to avoid any damage to the engine.

In the market, there are various types of engine oil sold including mineral oils, semi-synthetic and fully-synthetic. Each type of oil has its own advantages and disadvantages. Therefore, consider other factors such as viscosity level, temperature, resistance to sedimentation (sludge), and durability, before deciding.

Oils with low viscosity flow is easier to protect engine parts at cooler temperatures. Whereas those with high viscosity usually protect the engine better at higher temperatures. You can choose the right viscosity level for your car by referring to the car manual provided by your car manufacturer.

You will also find engine oil certification standards indicated using different acronyms such as API (American Petroleum Institute), ACEA (European Automobile Manufacturers Association), ILSAC (International Lubricant Specification Advisory Committee), and JASO (Japanese Automotive Standards Organization). Certification standards from such organizations indicate that the product has met or exceeded the set requirements. Additionally, this certification standard is also one of the ways to ensure the performance and quality assurance of these engine oils.

The Price of Engine Oils in Malaysia

Black CASTROL Magnatec 10W-40 SN/CF Semi-Synthetic Engine Oil is suitable for cars from local brands such as the Perodua Myvi and Alza. This type of oil effectively protects the engine to last longer and ensures that the engine components do not rub against each other which might just damage it. It is formulated with synthetic technology to increase the protection of engines under any temperature and driving style. You can find this type of engine oil sold at a price between RM82 to RM142.

Meanwhile, the Honda SN 0W-30 Engine Oil Full Synthetic oil is suitable for all types of Honda cars. The quality of this oil is approved by the Honda Research & Development (R&D) division in Japan and is effective in providing maximum engine protection. The price of this oil is between RM97 to RM140. You can refer to the full list of engine oil prices sold in the market here.

Change and Protect Your Engine with the Right Car Engine Oil

The general rule is to replace your car’s engine oil at least every 5,000 kilometers or every six months to ensure the car’s engine performance is at its best level. 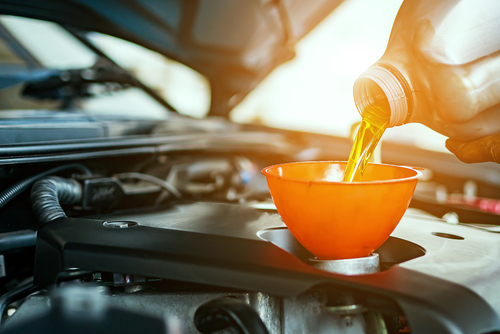 You are advised to refer to the car manual or your service center regarding oil replacement especially if your car is still under warranty. Also, make sure the engine oil used is from a reputable and genuine brand.

With that, we hope with these tips, you can now identify if your car needs an oil change. Remember, maintaining your car is much more affordable than repairing it – so take care of your wheels!