Watch the Bugatti Chiron break the world speed record for a production car at 490 km/h! 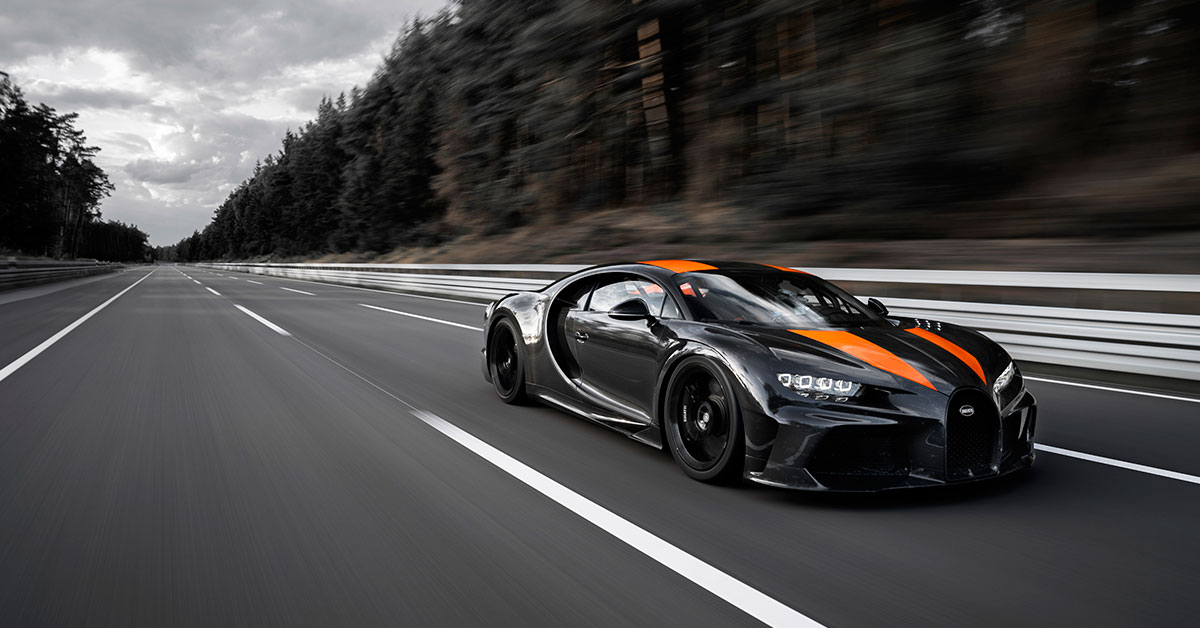 Bugatti has reclaimed the world record once again with the Chiron. This means that they are the first manufacturer ever to break the magic 482 km/h mark for a pre-production vehicle. This record comes two years after the 0-400-0 km/h distance-time Chiron record set by Juan Pablo Montoya and subsequently trumped by the Koenigsegg Agera RS. 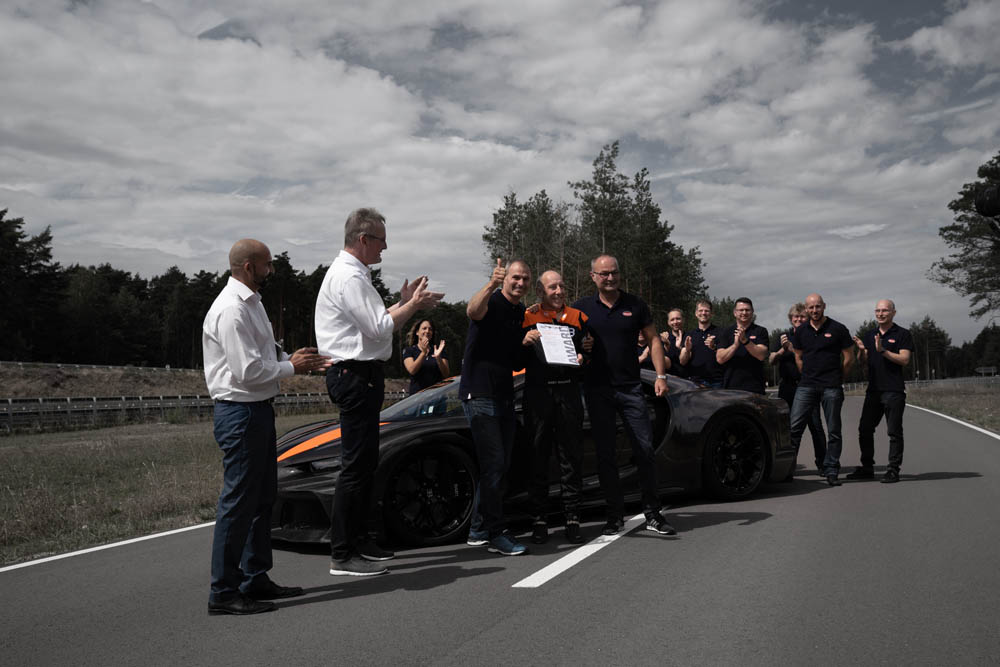 For the world record, a team of engineers under the direction of Stefan Ellrott, Head of Development prepared a pre-production vehicle of a Chiron derivative. In addition to the aerodynamic improvements, the specialists added and placed a lot of importance to safety. The driver, Le Mans winner and Bugatti test driver Andy Wallace was held in place by six-point harness and protected by a safety cell. Historically, the speed record run isn’t Wallace’s first time as he also was behind the wheel of the McLaren F1’s record run in 1998. 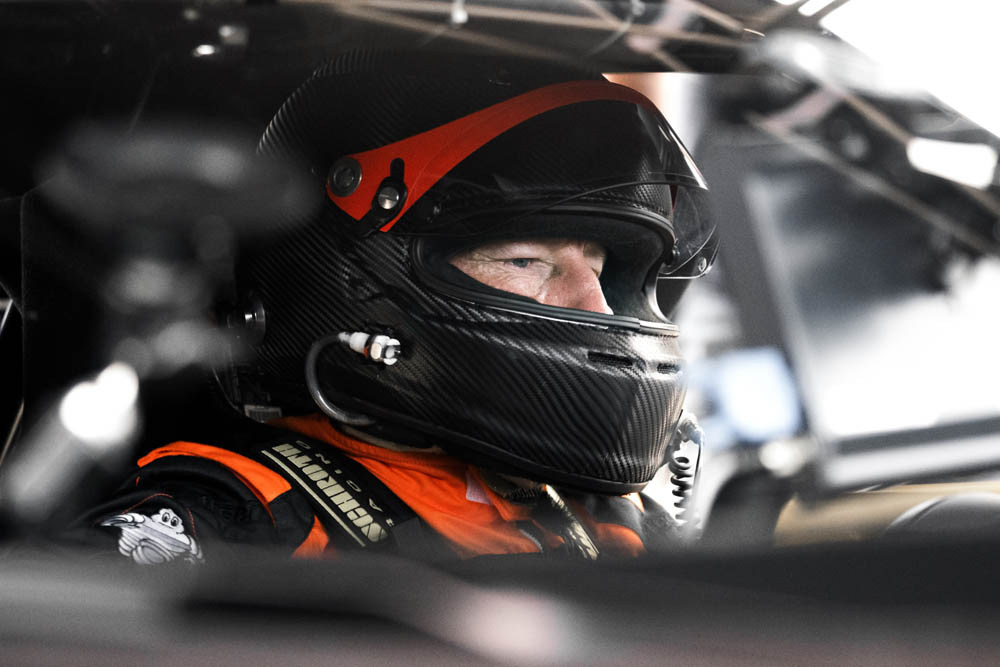 The Bugatti team was supported by Italian race specialists Dallara and tyre manufacturer Michelin. On the latter, Michelin’s high-speed Pilot Sport Cup 2 tyres on the Chiron were further reinforced at the belts to handle 5300 G and rotate up to 4,100 times per minute, while still being street legal. Rigorous quality controls such as X-rays on each tyre was done after production to optimise the smallest details. 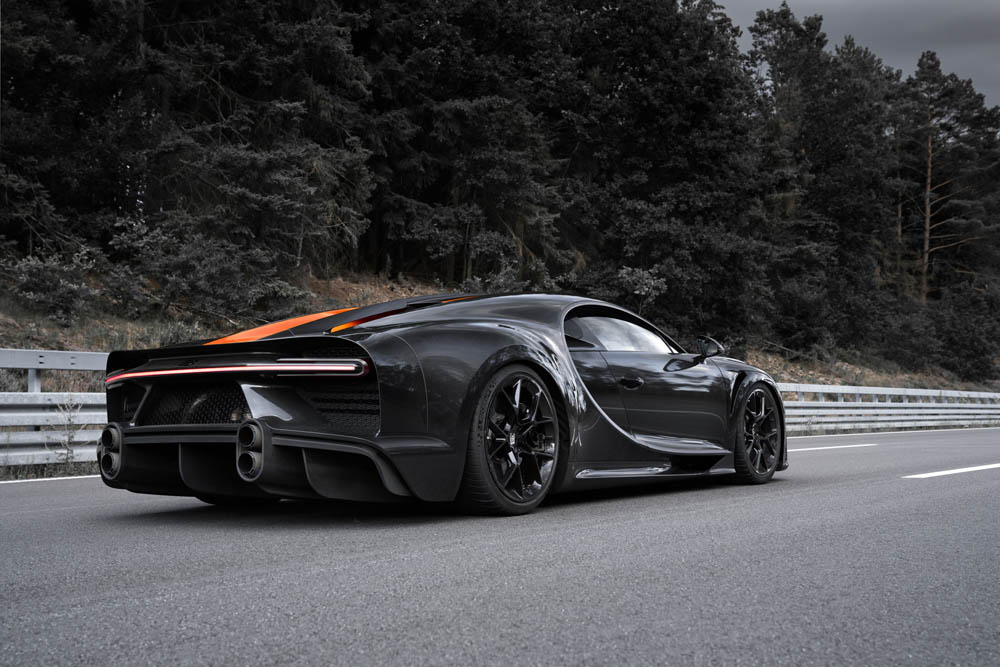 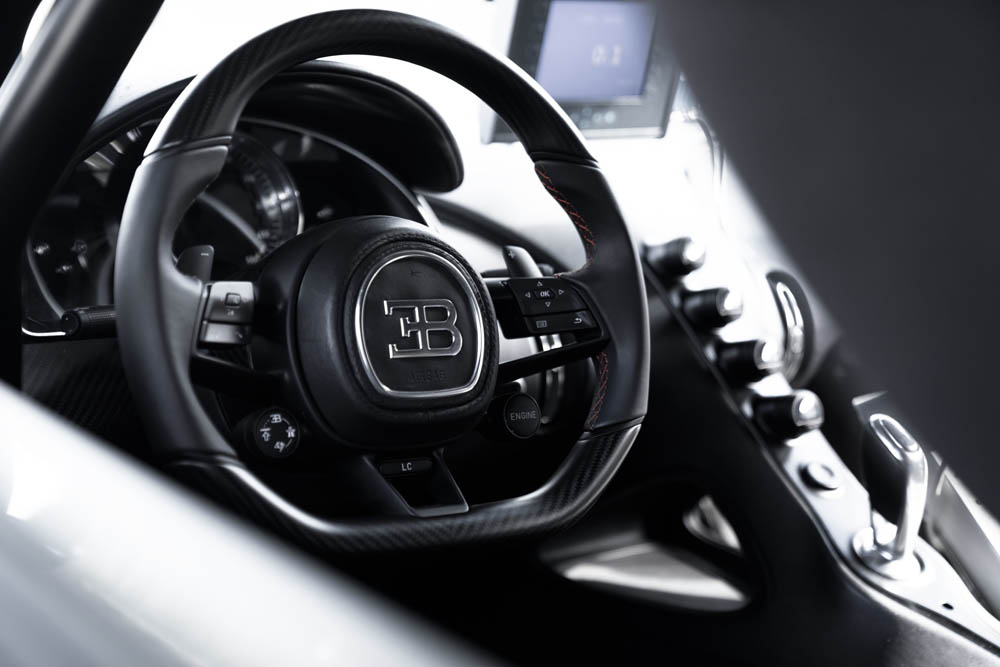 For those unfamiliar with the record track, Ehra-Lessien in Germany is owned by the Volkswagen Group and features 96 km of private tarmac. The track includes various road surfaces, curves and is most famously known for having a 8.7 km long straight. 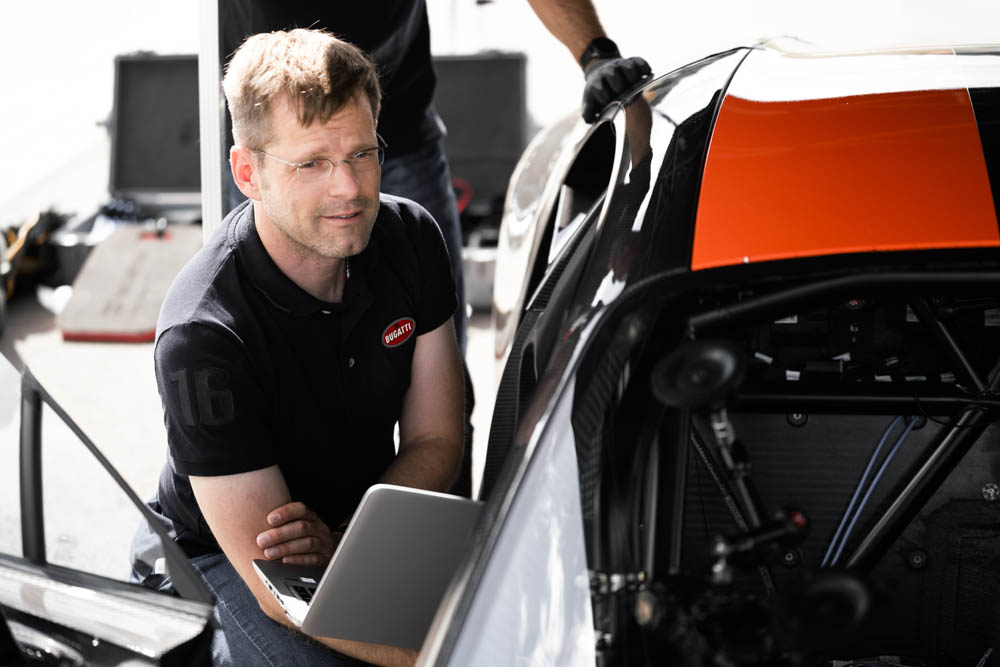 “A world record attempt at such an extreme speed of over 400 km/h always involves a certain risk. Everything has to be right – the car, the weather and track. Ehra-Lessien offers the greatest possible safety, which is why we opted for this track. It is the only place in the world where the safety standards for high-speed tests are this high. The 21-km three-lane highway is lined with crash barriers, and rescue services are available at the north and south ends. Driver safety is our top priority. We did everything in advance to minimise the risk,” said Ellrott. If you are wondering how controlled the environment was, the carriageway was cleaned with special mats prior to the road test to pick up stones and grit. 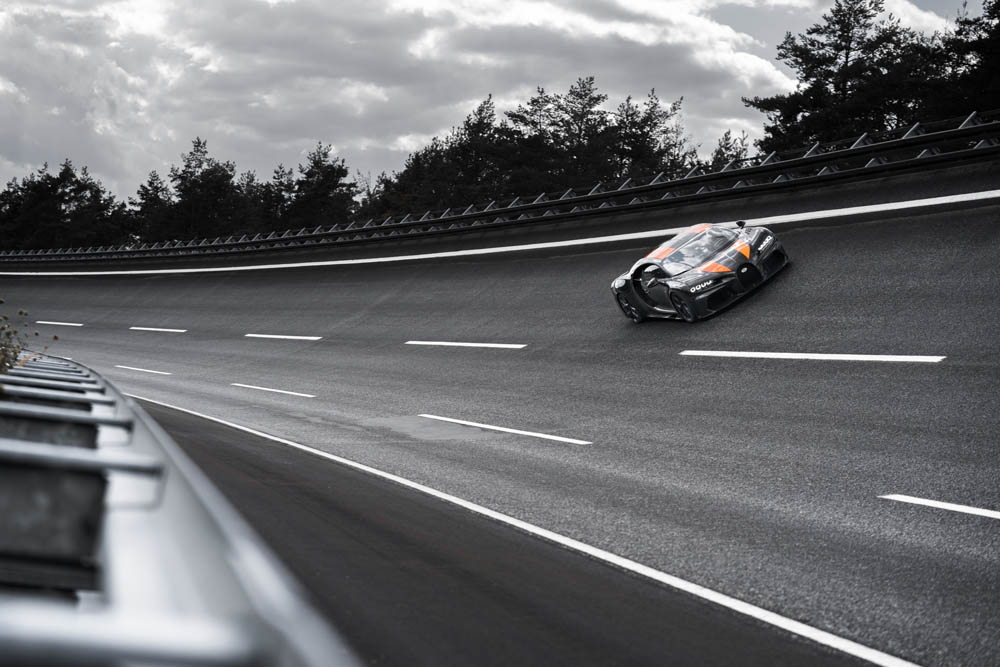 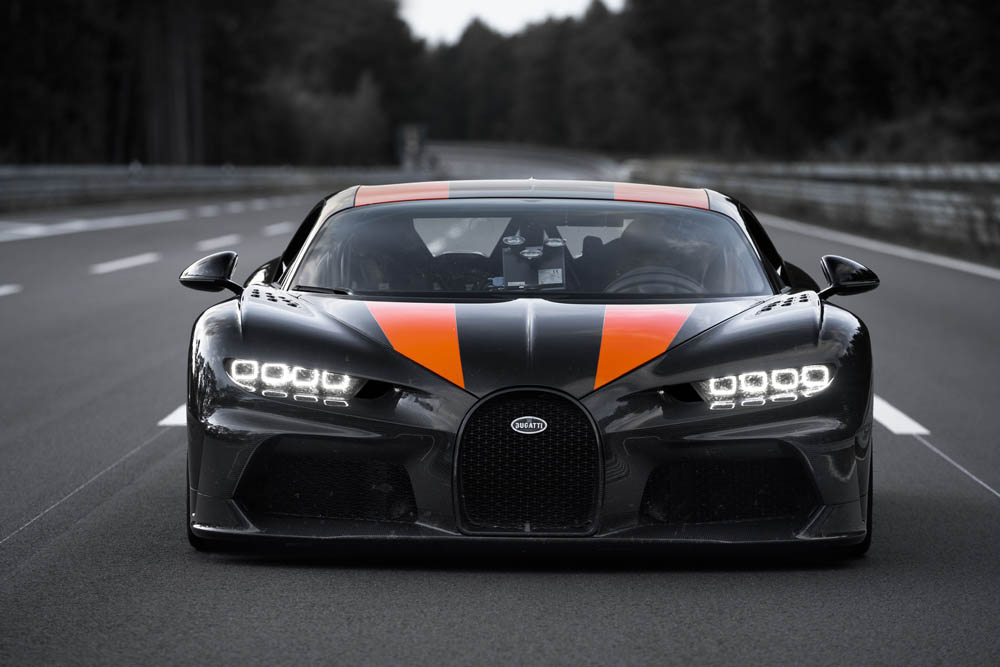 “Now Bugatti was the first to exceed the 300-mile-per-hour (482 km/h) mark. An incredible achievement that shows what the men and women of Bugatti are capable of. They offer absolute exclusivity, luxury, unmatched beauty and a high level of automotive craftsmanship. But this was the last time for us. We will concentrate even more on this in the future in the context of further exciting projects,” said Stephan Winkelmann, President of Bugatti.

Click here to find out more about the Bugatti Chiron Sport!

Sell your car to Carsome! It is car-selling the 21st century way!