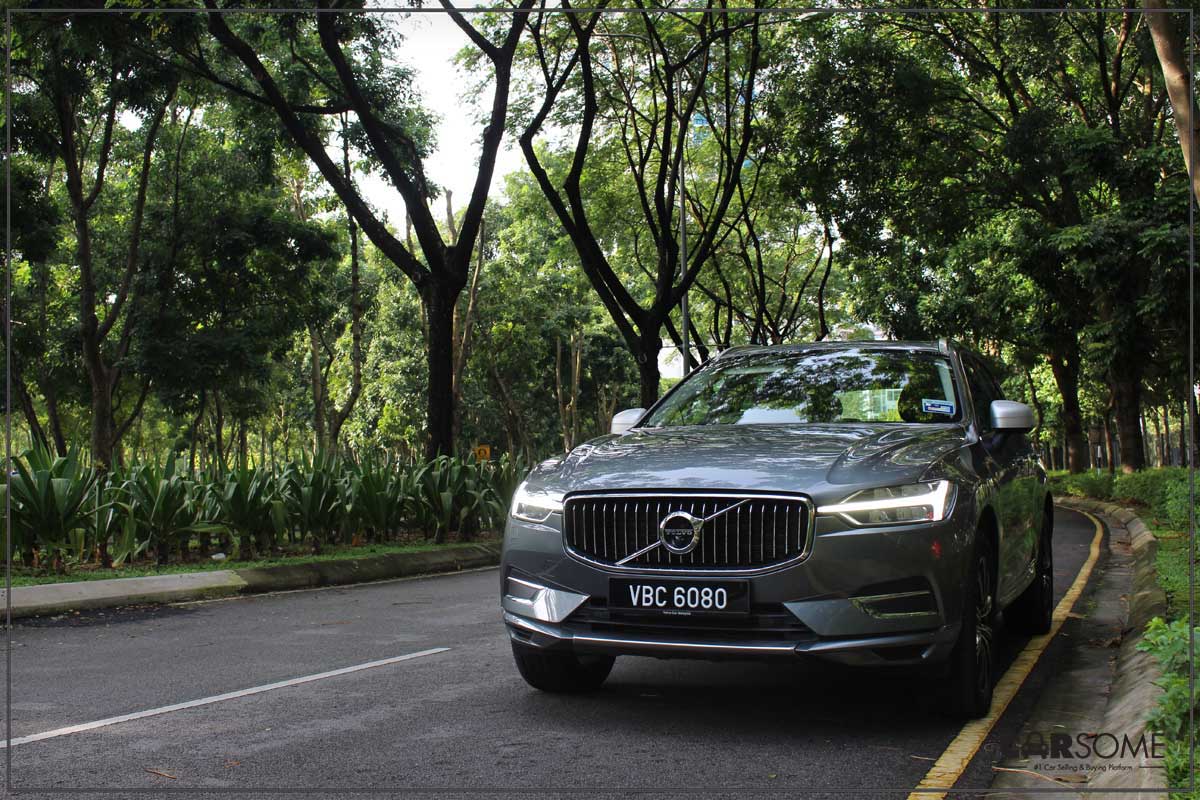 Volvo’s XC60 SUV has been a success for the brand. It has been nine years since the introduction of the first, and since then became the bestselling premium mid-sized SUV in Europe with almost a million units sold worldwide – representing about a third of the brand’s global sales. In Malaysia, both generations have been proudly assembled locally and today, Volvo Cars Malaysia offers the current XC60 in three variants, a T5 and two T8’s in Inscription and Inscription Plus trim. 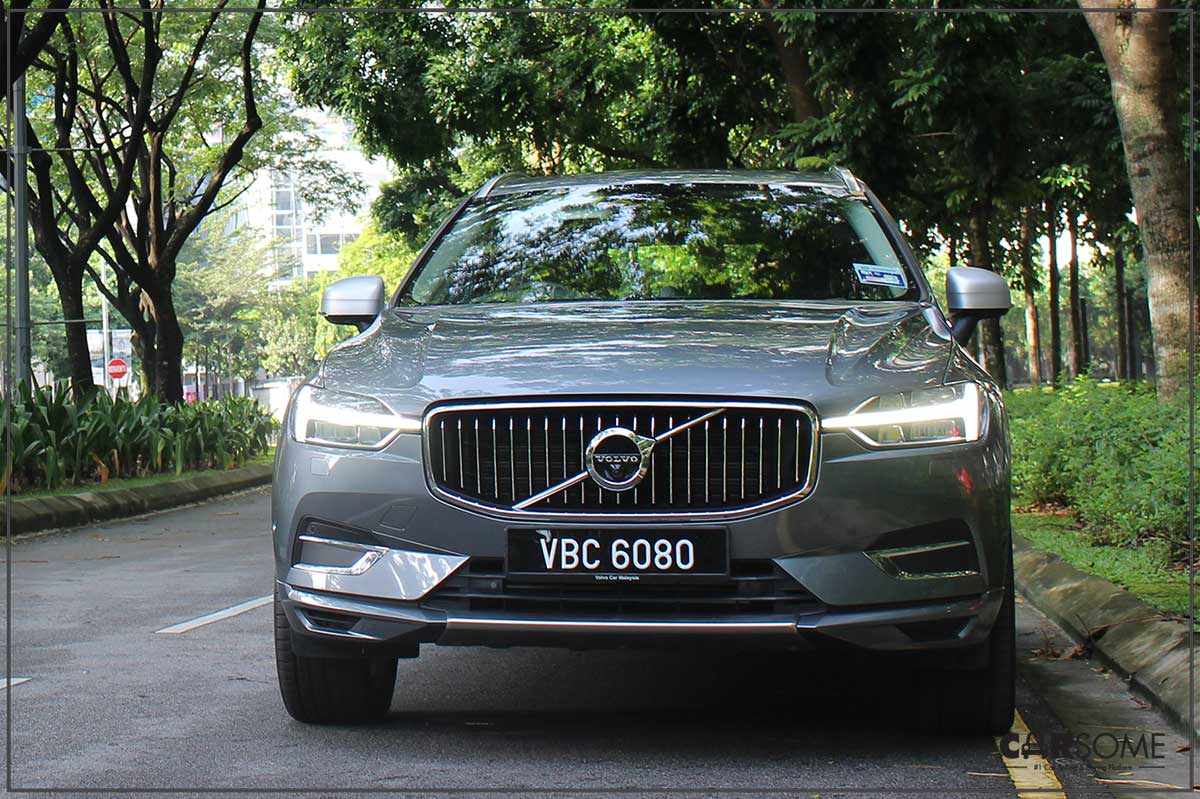 The new XC60 is built on the brand’s scalable product architecture seen on the larger XC90 sibling as well as the S90 sedan and V90 estate. On this mid-sized SUV, Volvo has applied the same signature design and attention as its 90-series cars; interior included. Slightly distinguishable from the XC90, the front end does feature sharper bumper lines and with the head lamp Thor Hammer DRLs, connect the units with the centre grille. 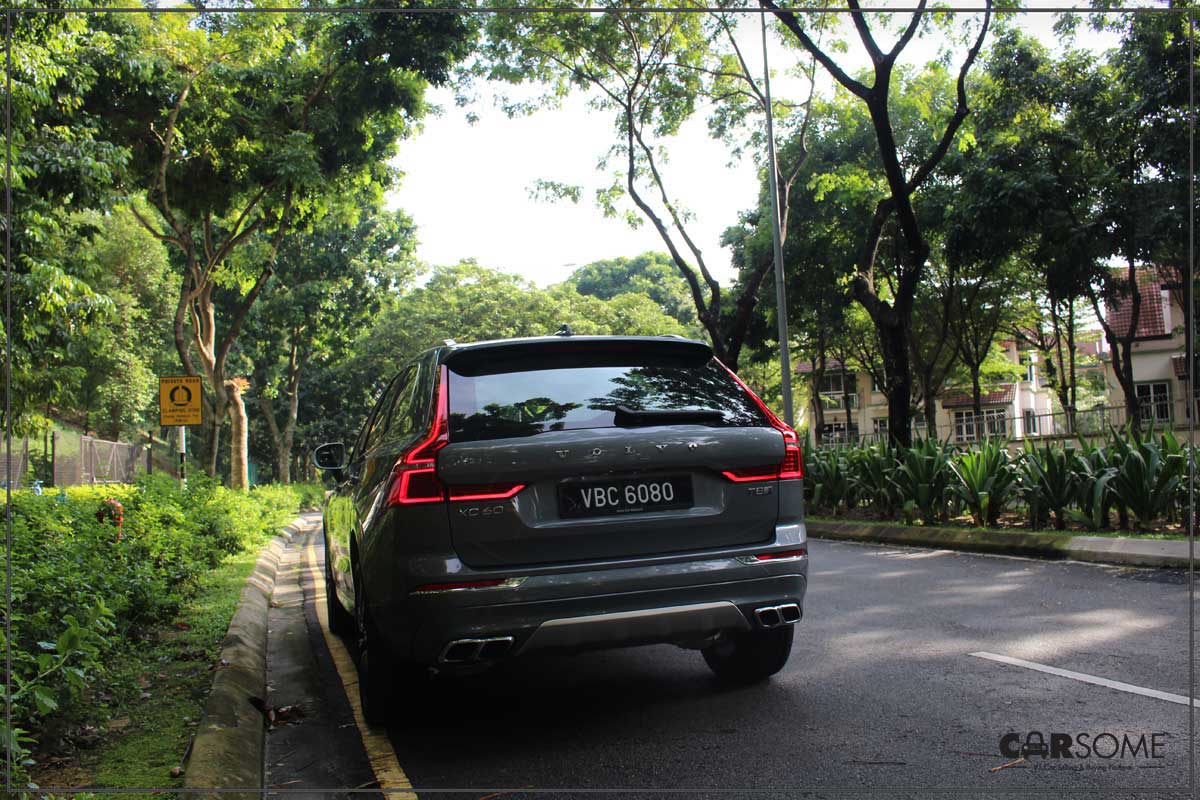 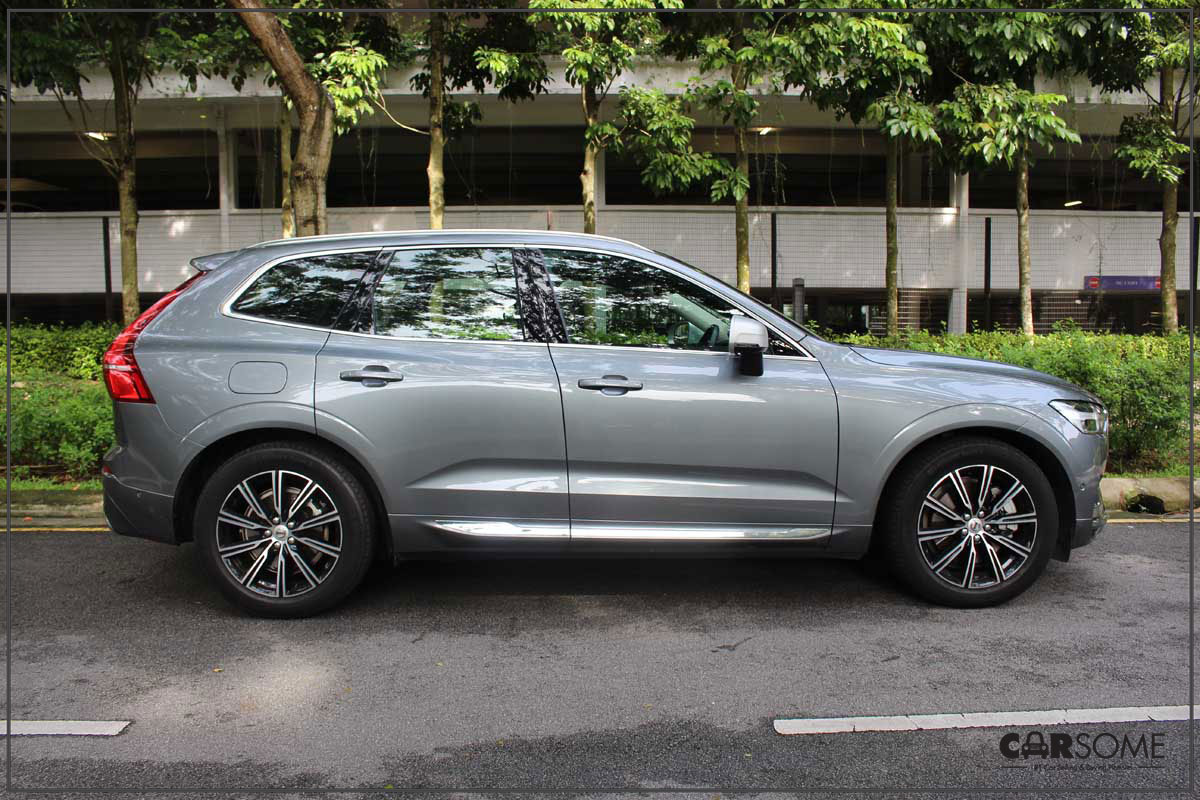 At the rear, the L-shaped tail lamps do strike similarities to the V90s, except the inner design is distinctly separate from the estate. Those with a keen eye to the previous generation will notice the rear-half side profile window kink that accentuates the shoulders. 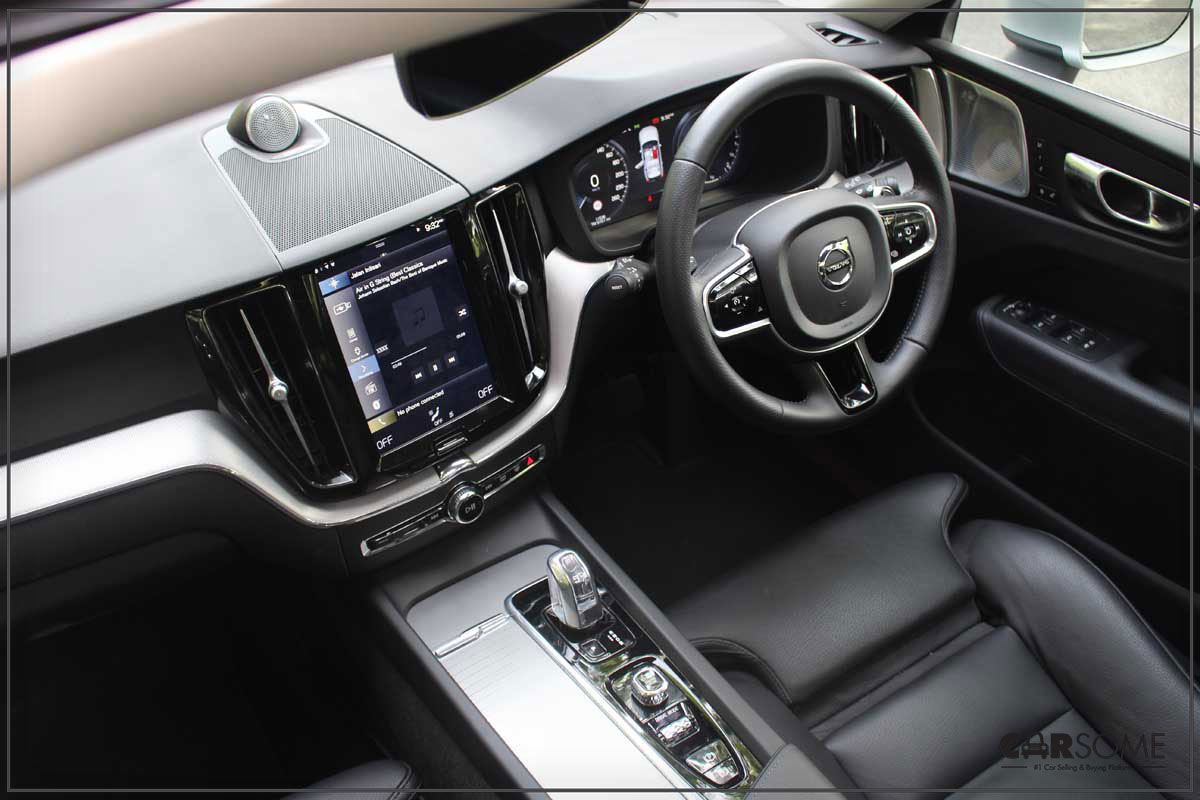 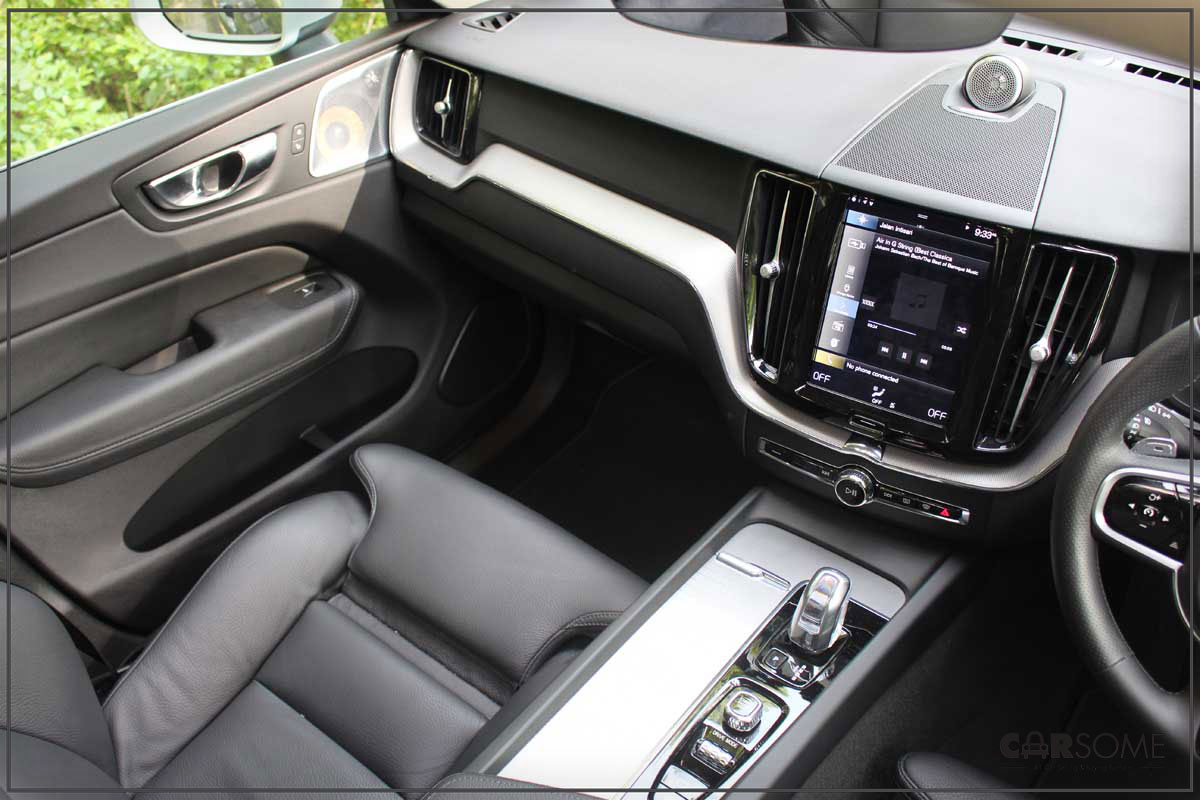 The interior isn’t a stranger to anyone who’s seen the current generation vehicles. The similar minimal input of buttons on the centre console, clean lines, Sensus Connect and ease of use is dominant here. On this Inscription Plus CBU unit tested, the mesh metal inlay is a standard trim. Locally assembled units have the Driftwood décor inlay instead. 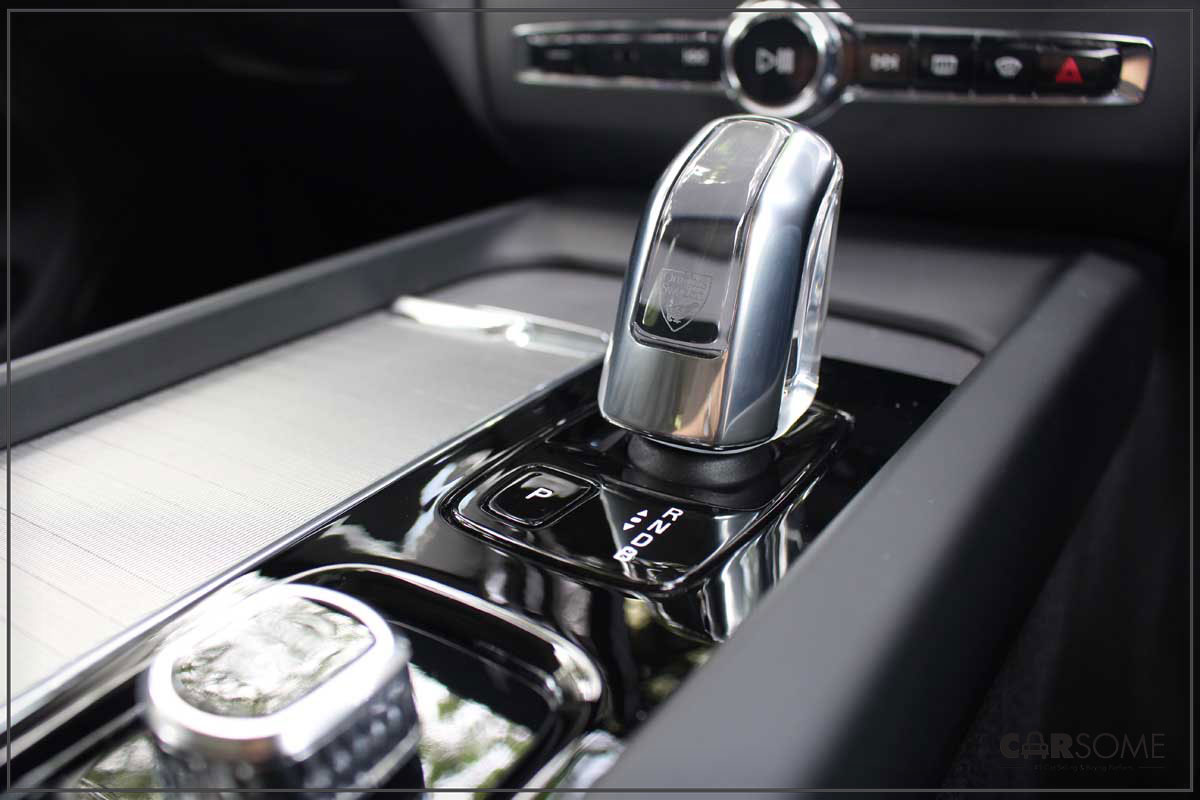 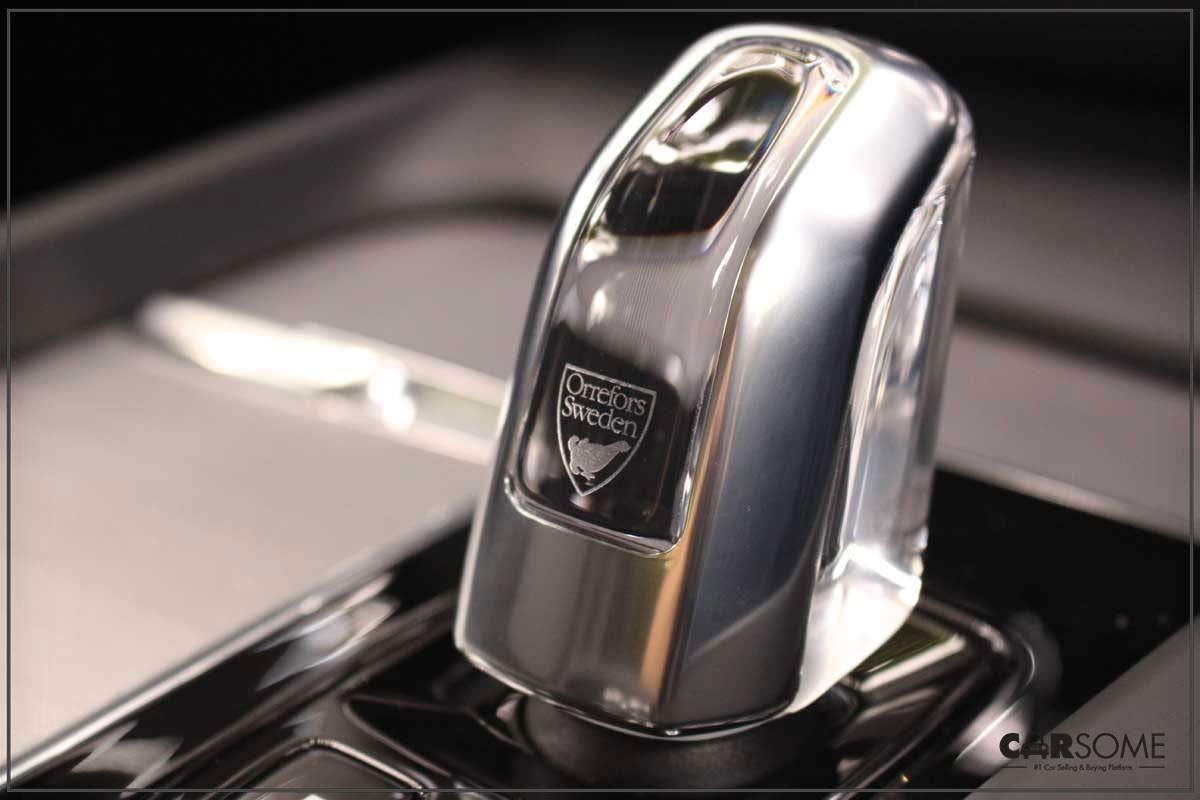 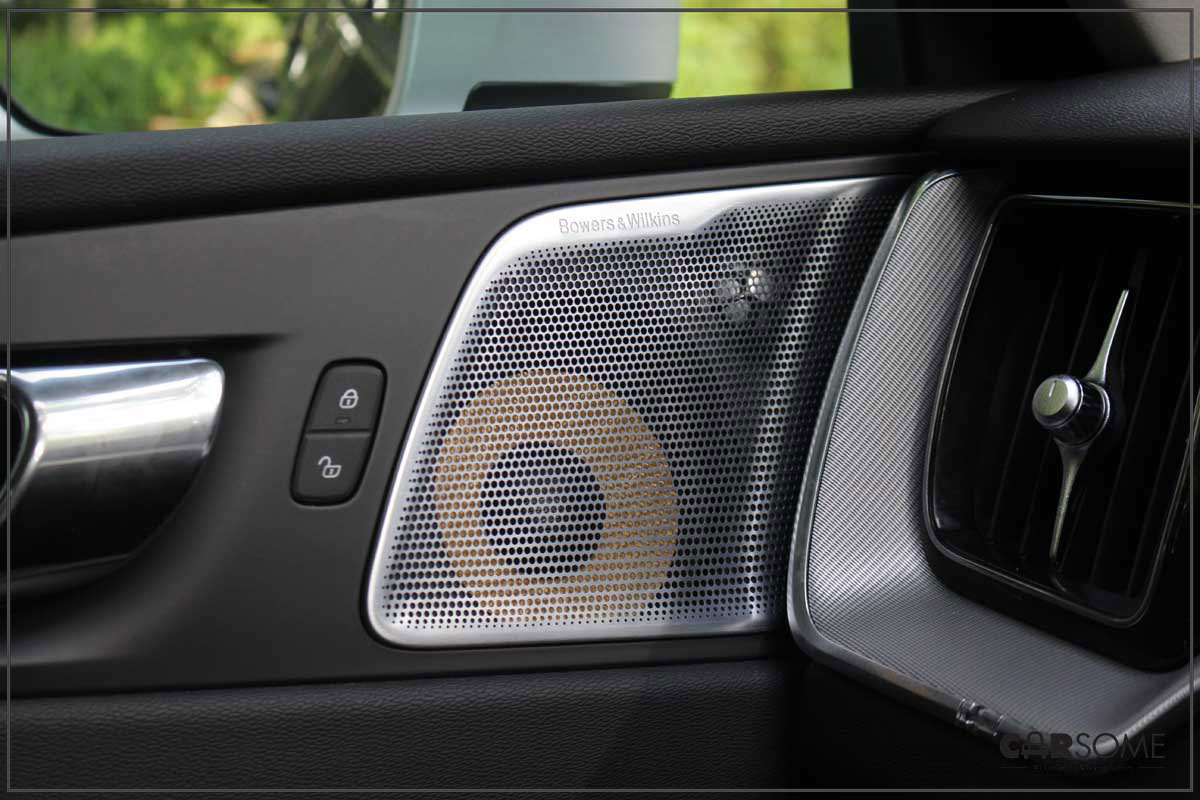 The illuminated Orrefors Crystal gear selector sets this variant apart from the T5 and the inclusion of the 15-speaker Bowers & Wilkins audio system with the yellow Nautilus Kevlar drive units puts the Plus right at the top. 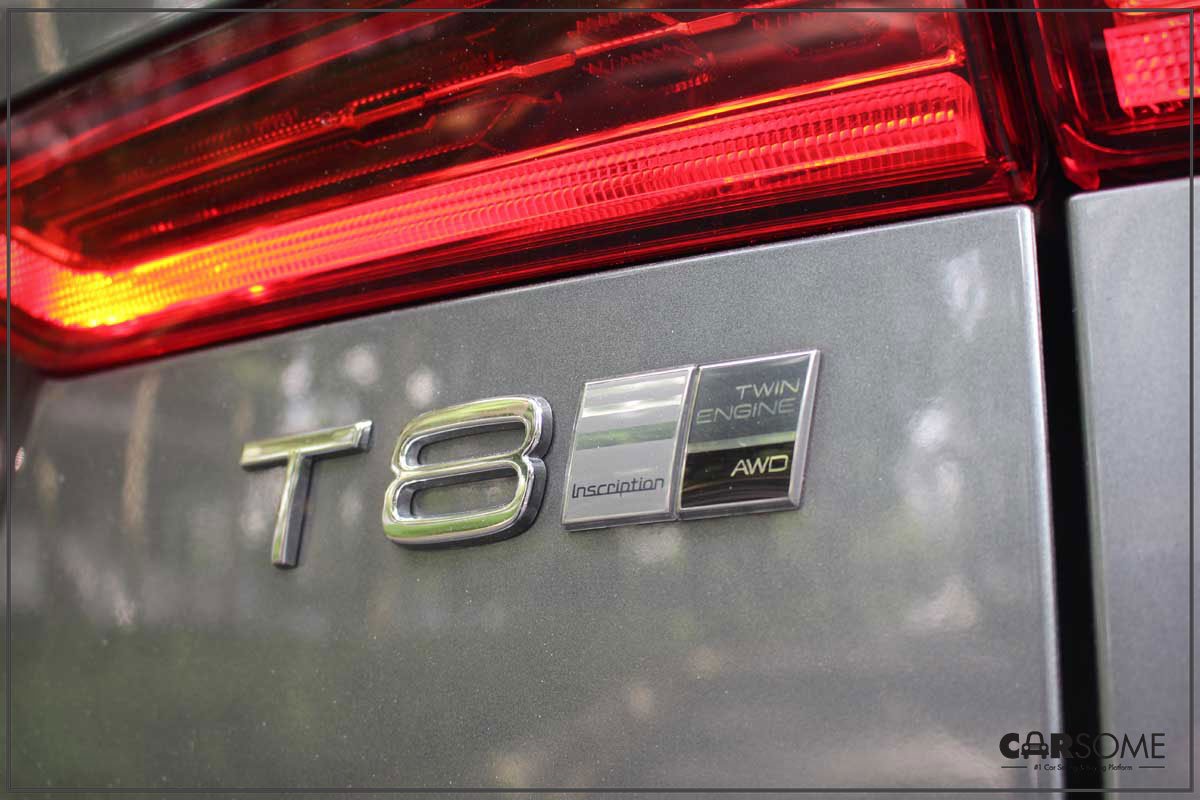 As with hybrid powertrains, the combined output of this 2.0-litre turbo and supercharged T8 is at a whopping 407 hp and 640 Nm of torque (320 hp and 400 Nm from the engine, and another 87 hp and 240 Nm from the electric motor) for a menacingly fast 5-second car. While that doesn’t seem like an impressive achievement, the XC60’s kerb weight at 2,151 kg isn’t the lightest. 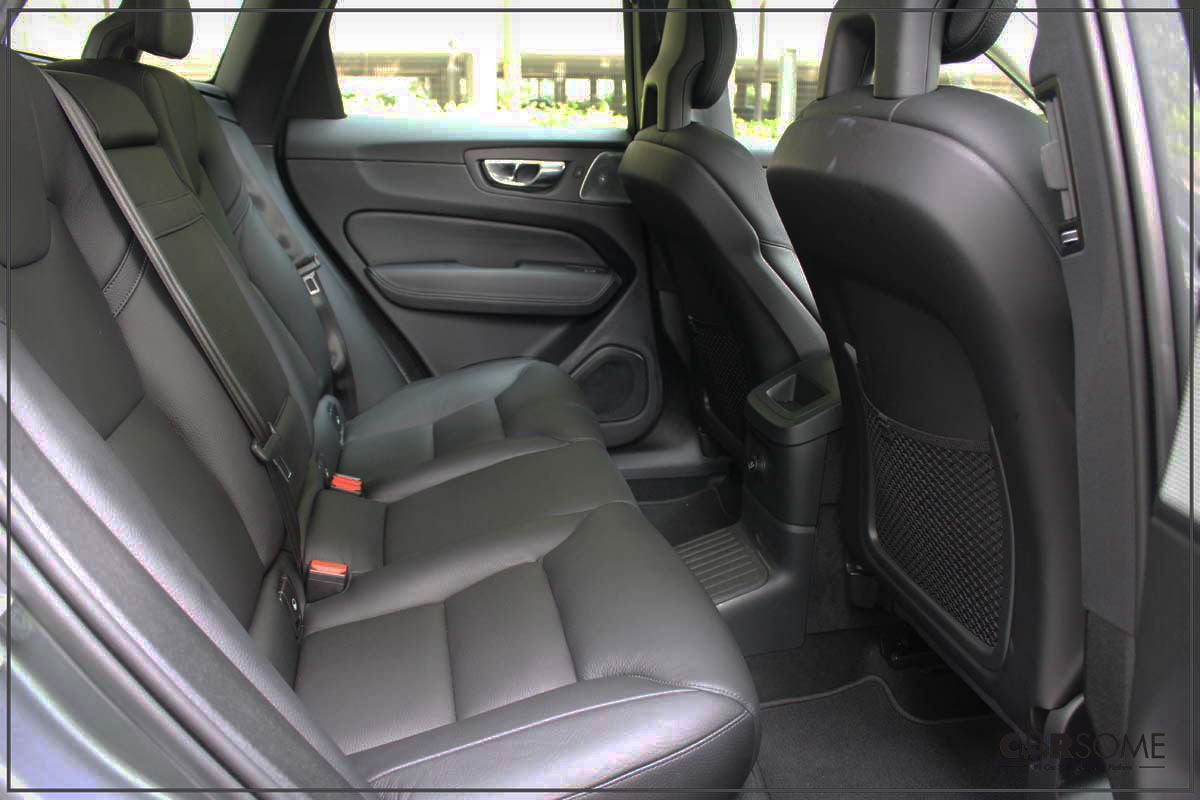 Ride on the CBU is Air Suspension, which is different from the standard springs that is on the CKDs. As comfort goes, this is as good as it gets without filtering out the necessary on the road feel. 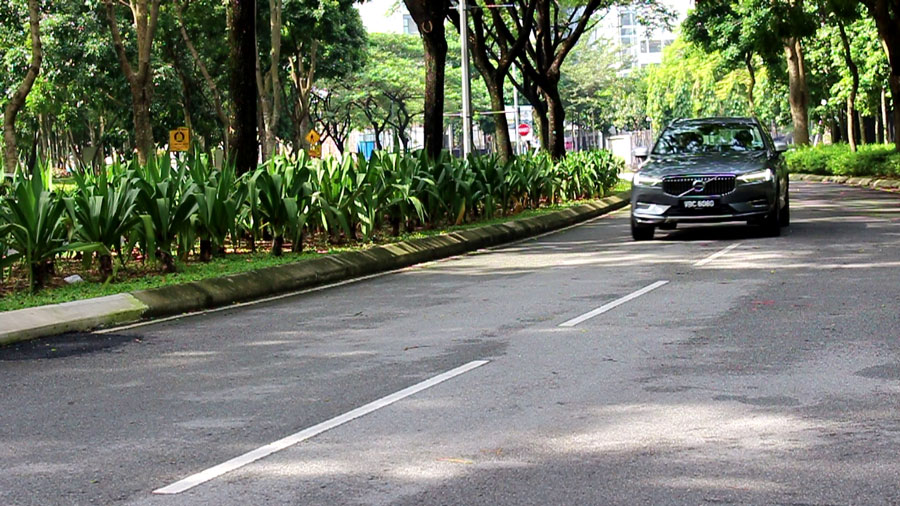 Those that drive this generations Volvo should know that the driver display and Sensus Connect are meant to separate delivery of information from the necessary now and the others later. The beauty and ease of user experience here is at its best thanks to the smartphone like navigation and clearly labelled items. 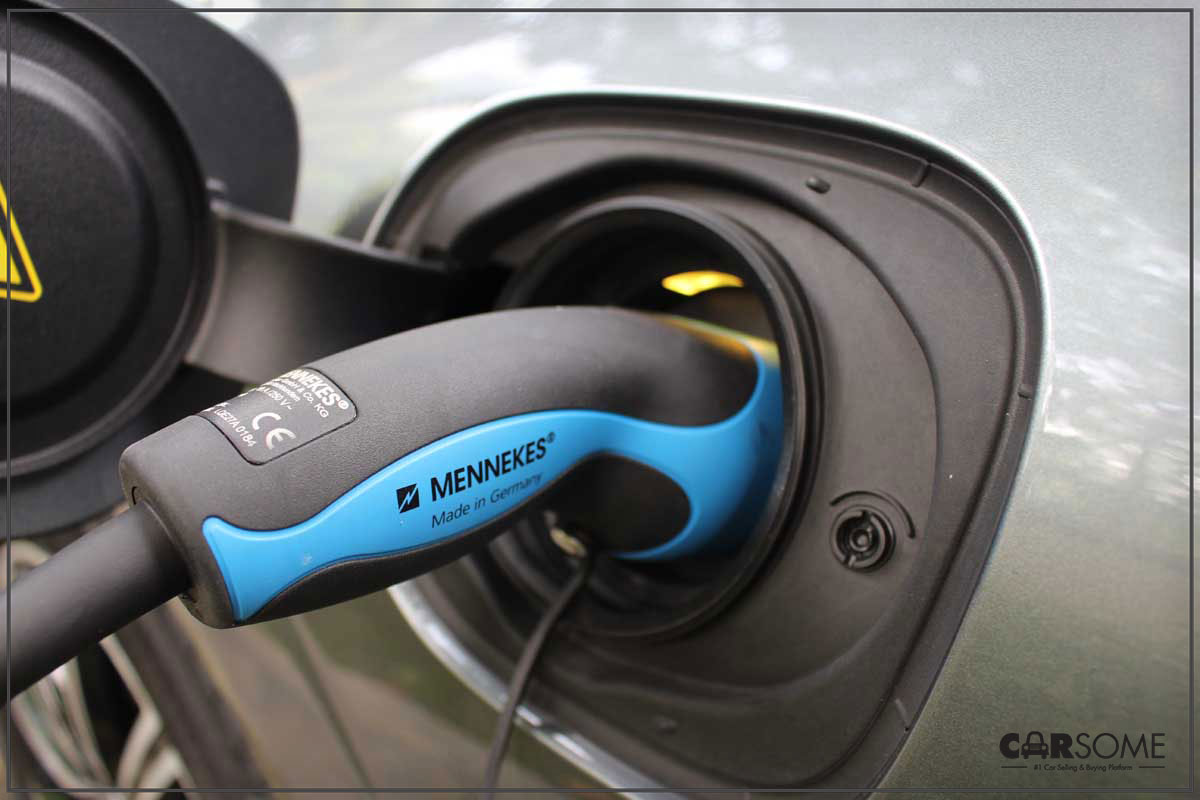 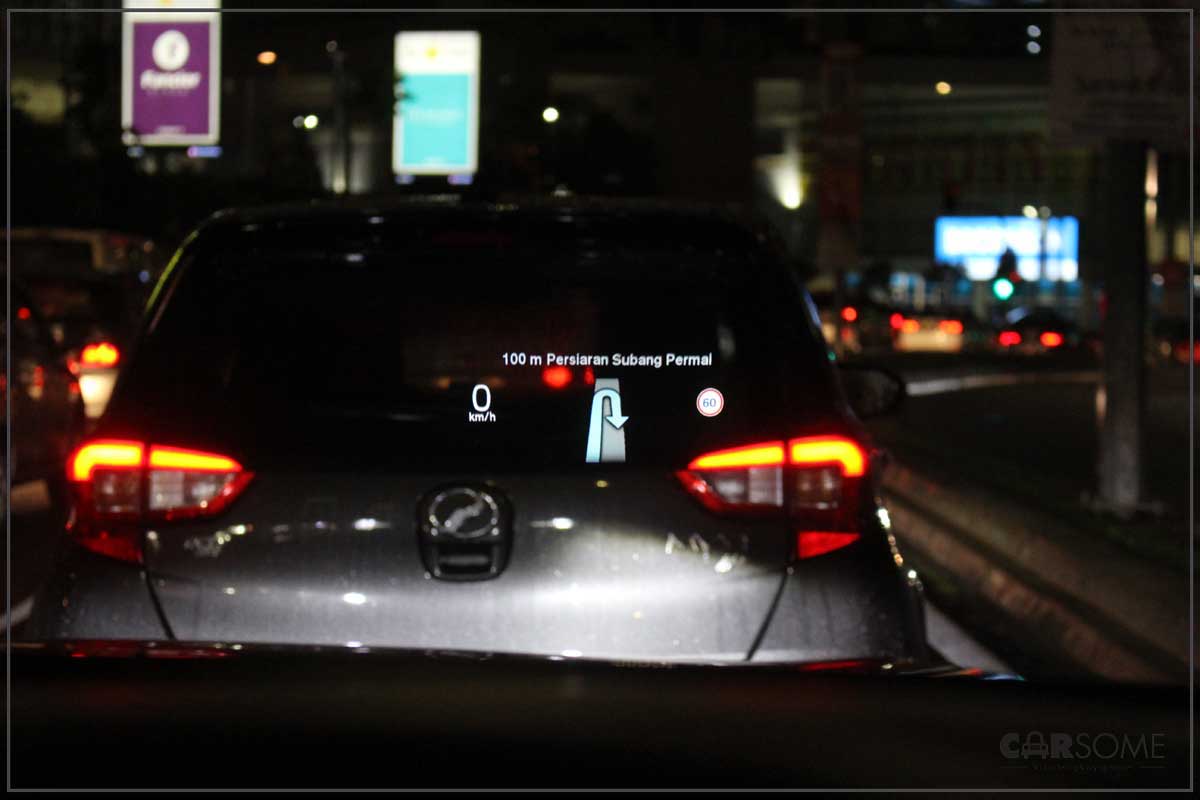 Manoeuvring this SUV around is the definition of what a Sports Utility Vehicle should be. Albeit the Sports, (not that we’re saying it isn’t sporty) the XC60 is able to get to your destination quick, and with the range of six drive modes, electric motor assist and light steering, this SUV has enough power to tame even the speed hungry. The eight-speed automatic does the changes smooth and manageable but we did feel the need to charge the vehicle. Not doing so forces the combustion engine to shut off at traffic stops, and even worse, when crawling in the everyday jams. Oh, and we also forgot that the head-up display does make driving that much focused.

Music To The Ears 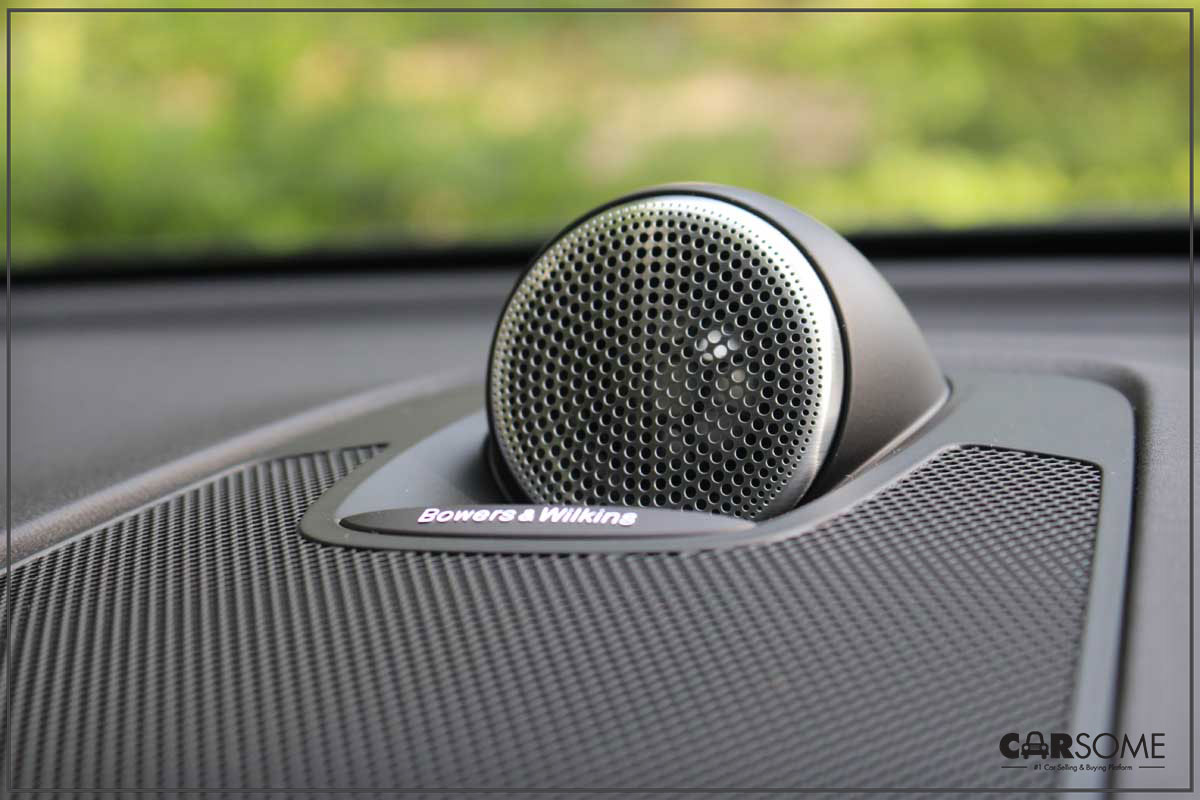 Volvo and Bowers & Wilkins worked together in the development of the audio system. For the XC60, the system features a 10 channel Class-D amp, 1,100W of power and 15-speakers set up. The three modes of Studio, Individual Stage and Concert Hall are part of the experience, but during our tests, we liked the complete surround, clarity and power that the Individual Stage option provided.

The sound produced by this set up is easily the best audio experience we’ve ever had in a vehicle. With options to tune the treble, bass, subwoofer and equalizer, we realised that the sound production here is sharp and bright (in fact too bright at times) enough to individualise instruments, vocals, beats and rhythm, yet harmonises the overall sound into something truly remarkable. 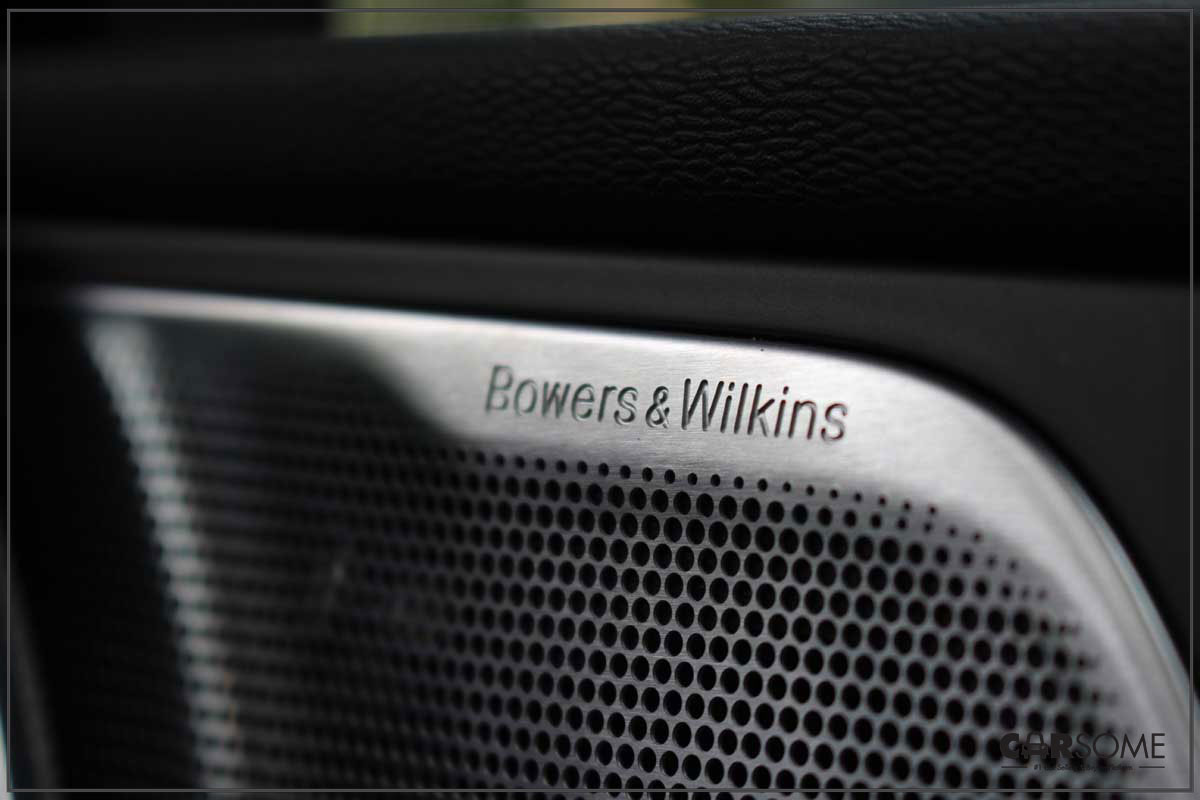 Detail here is the most obvious difference between other systems in a standard audio system. When listening to the radio, or our Spotify tracks, some tracks stood out so prominently that the experience could differentiate music that was recorded in a studio, versus one that was played live. 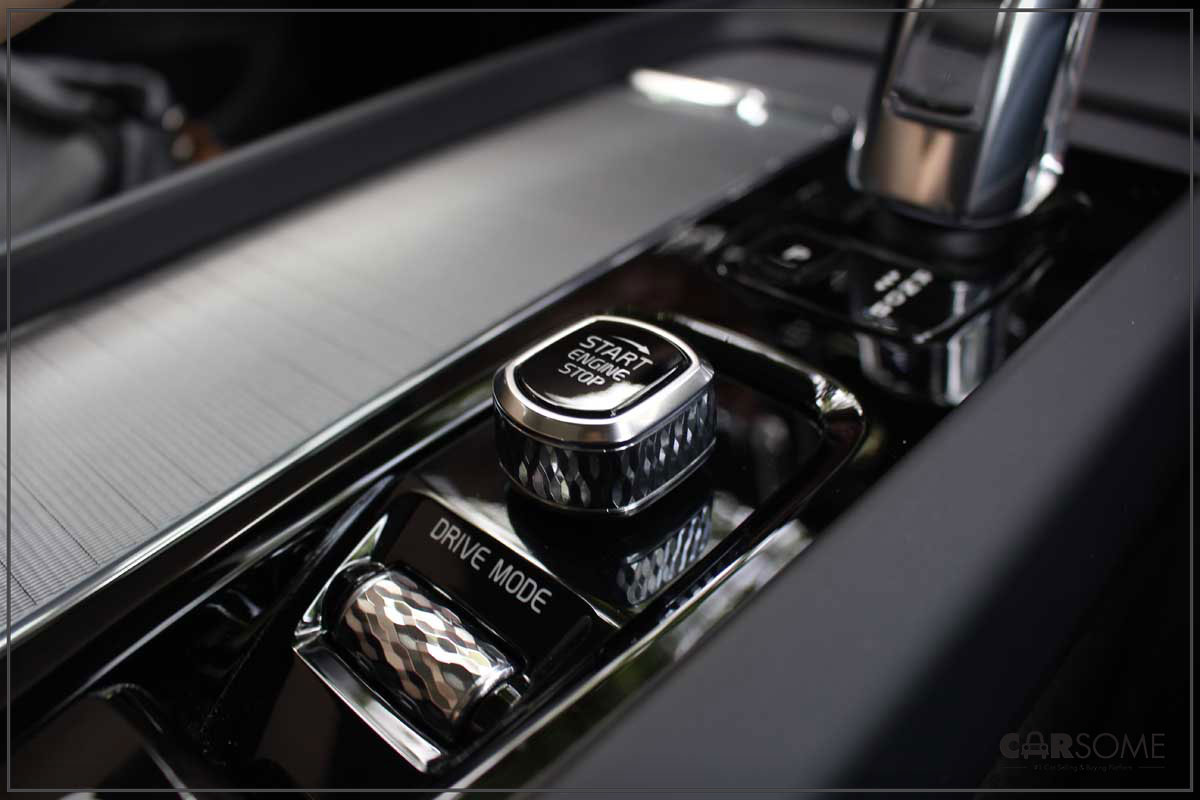 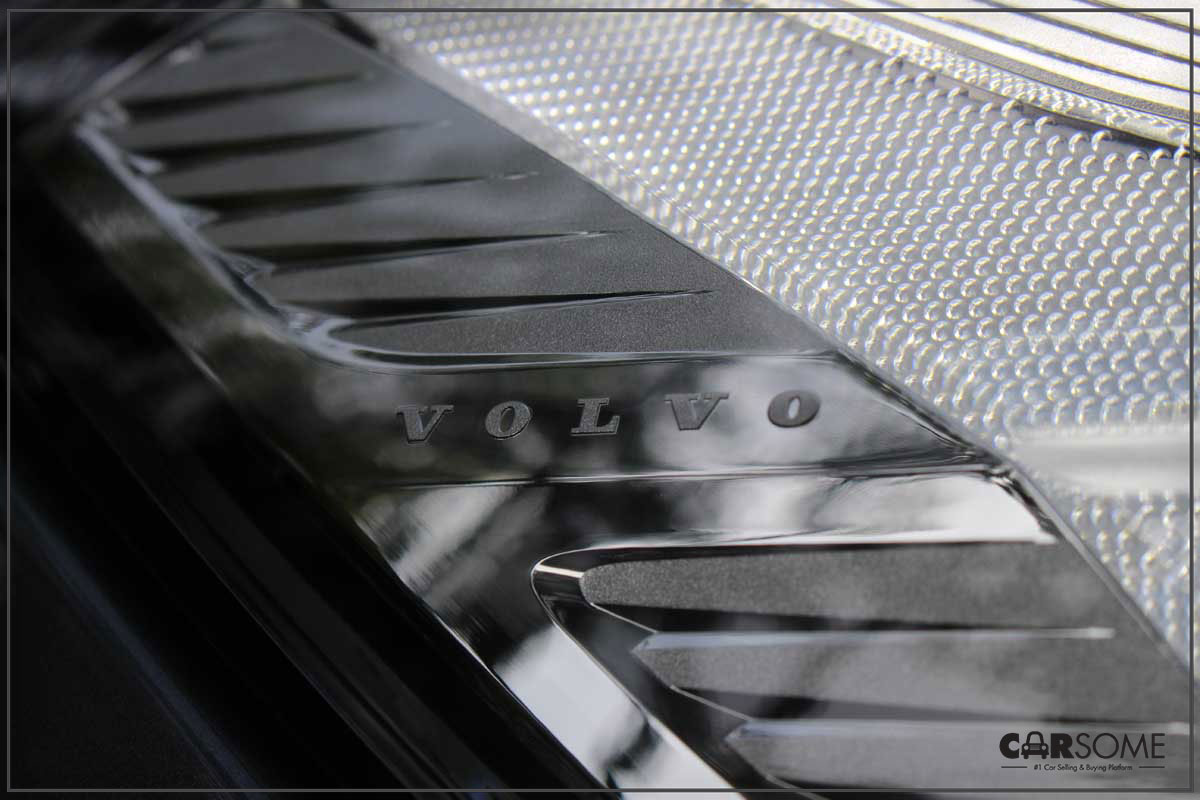 We dare say that the sound system alone for the RM 324,664 price (without GST) is the best PHEV vehicle and Volvo on sale now. That together with the good looks, Volvo’s list of safety features, comfort, power and more, the XC60 ticks quite a number of boxes that not many other vehicles can.

Click here to read why we think Volvo’s V90 estate should be your everyday car.

Japanese perhaps? Read on to find out why we really liked Mazda’s CX-5 SUV!

Fill up the form below and sell your car the easy way! Just Carsome!