The McLaren Senna GTR Is The Ultimate Track Car Tribute 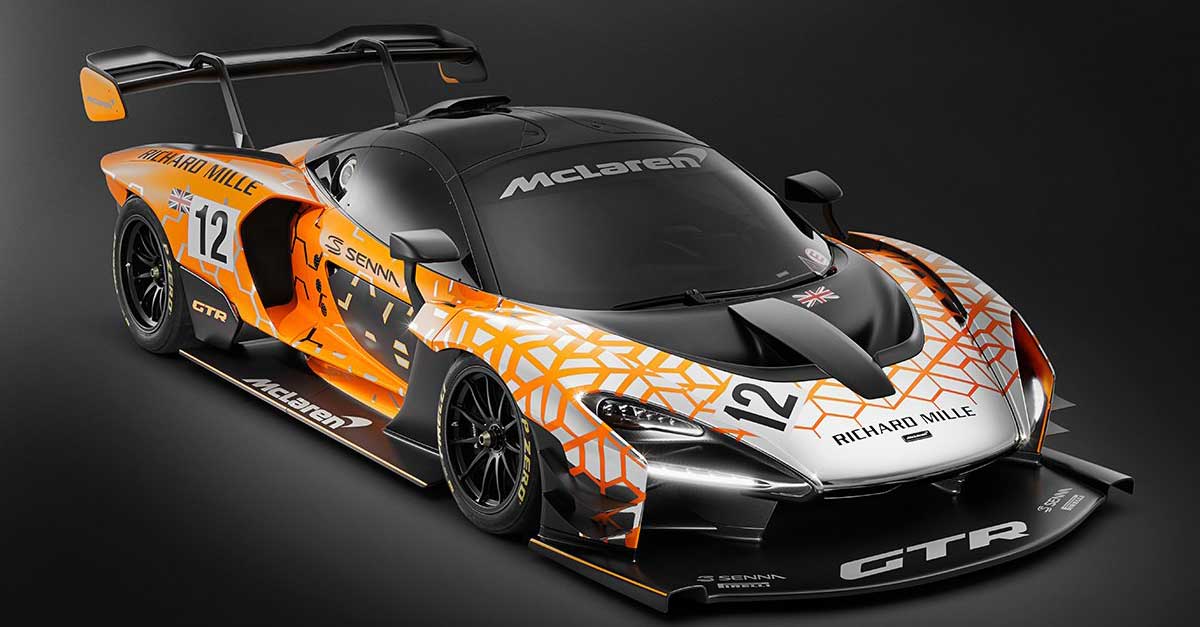 The McLaren Senna GTR Concept is the embodiment of McLaren’s DNA at its most extreme, creating the purest form of connection between the car and the drive. Inspired by one of McLaren’s greatest racing drivers, the McLaren Senna is dedicated to help the driver to be the best they can possibly be, and absolutely can. Unveiled at the recent Geneva International Motor Show, the Senna GTR is a track only version of the Senna, which in itself has been built without compromise. 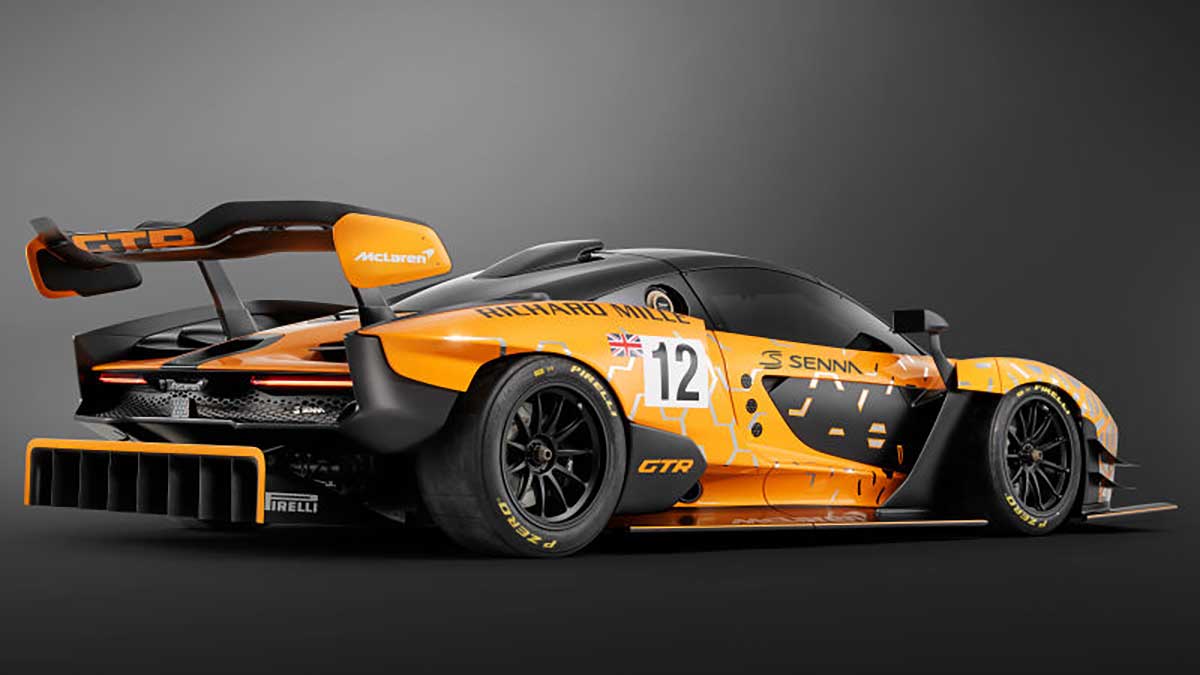 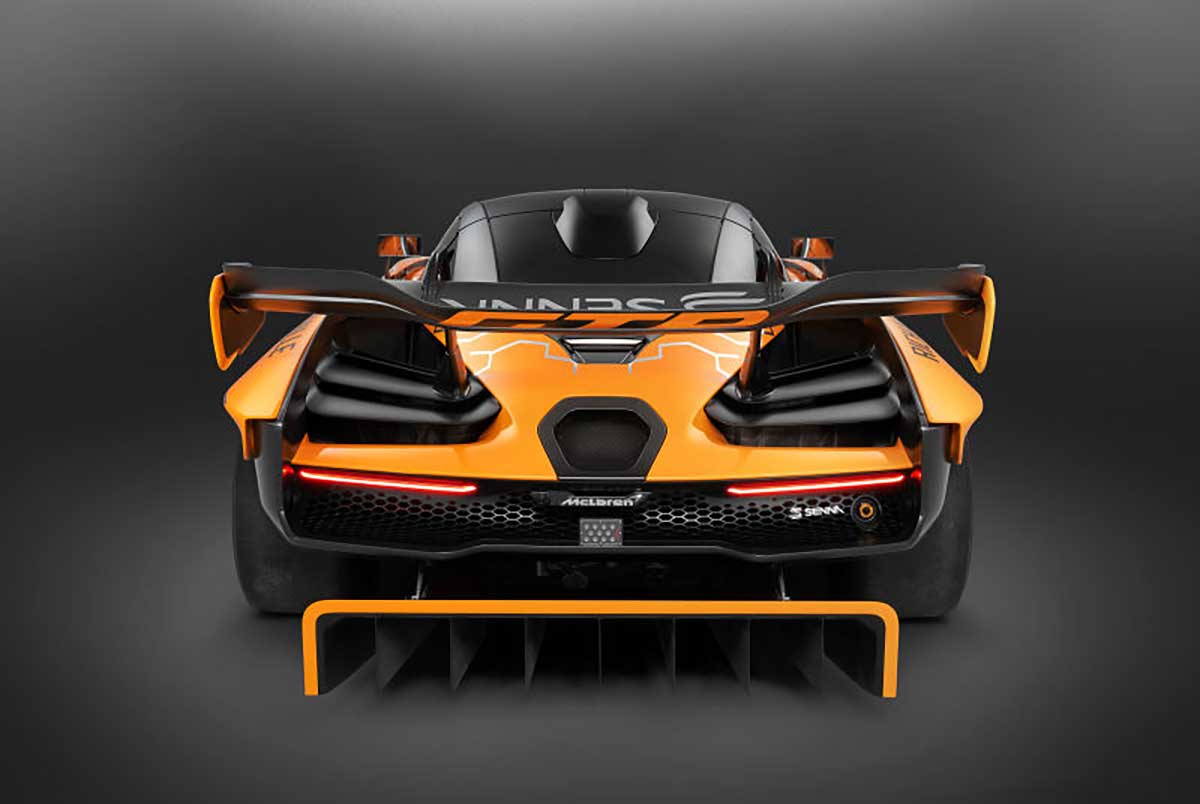 The McLaren Senna GTR shares its 4.0-litre twin turbocharged V8 engine with the road-legal McLaren Senna. However, track-only modifications have led to more power and greater torque than the combined 789 hp and 800 Nm in the road car. With the engine power increased to at least 814 hp, the car will be faster in a straight line than the road model. 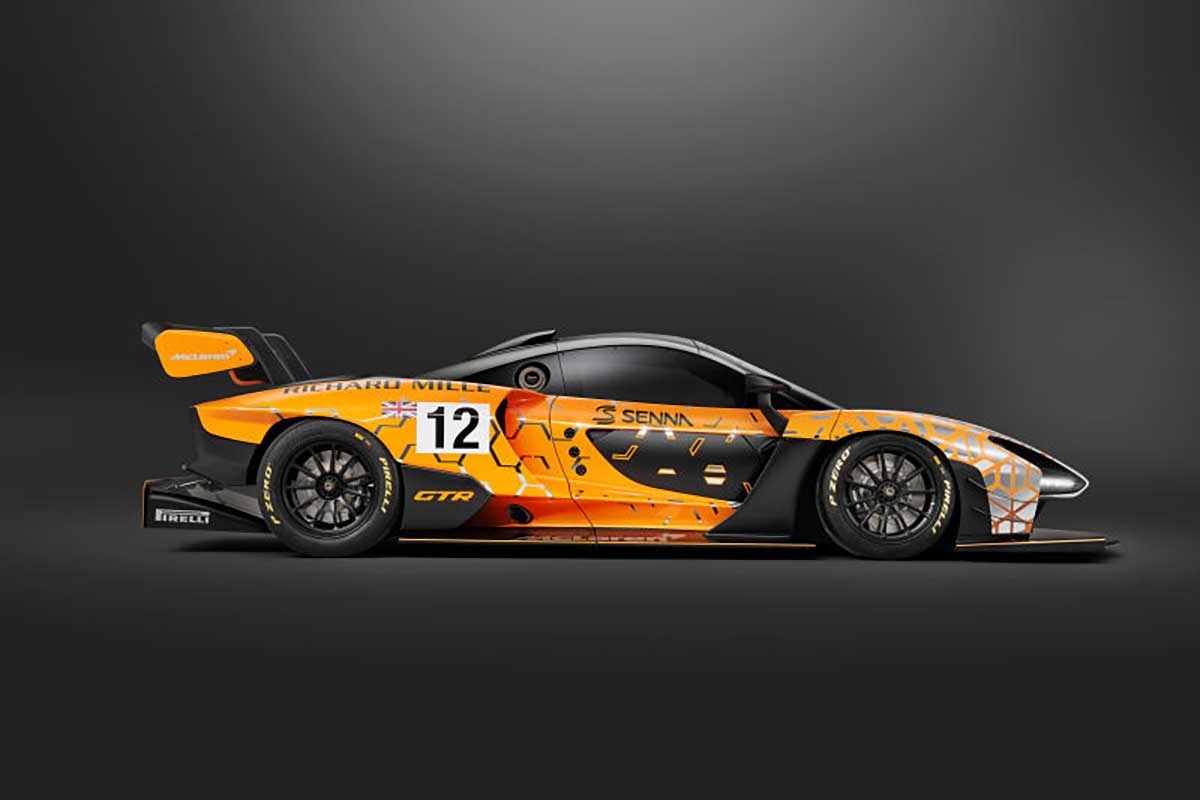 The front splitter of the McLaren Senna GTR Concept is considerably larger than the road-car equivalent and improves front aerodynamic performance in conjunction with the active front aero blades. The car will have a wider track – and enlarged front and rear fenders accomodate this modification – while the outer skin of the doors are 'pushed in' as far as possible towards the centre of the car to better channel airflow. 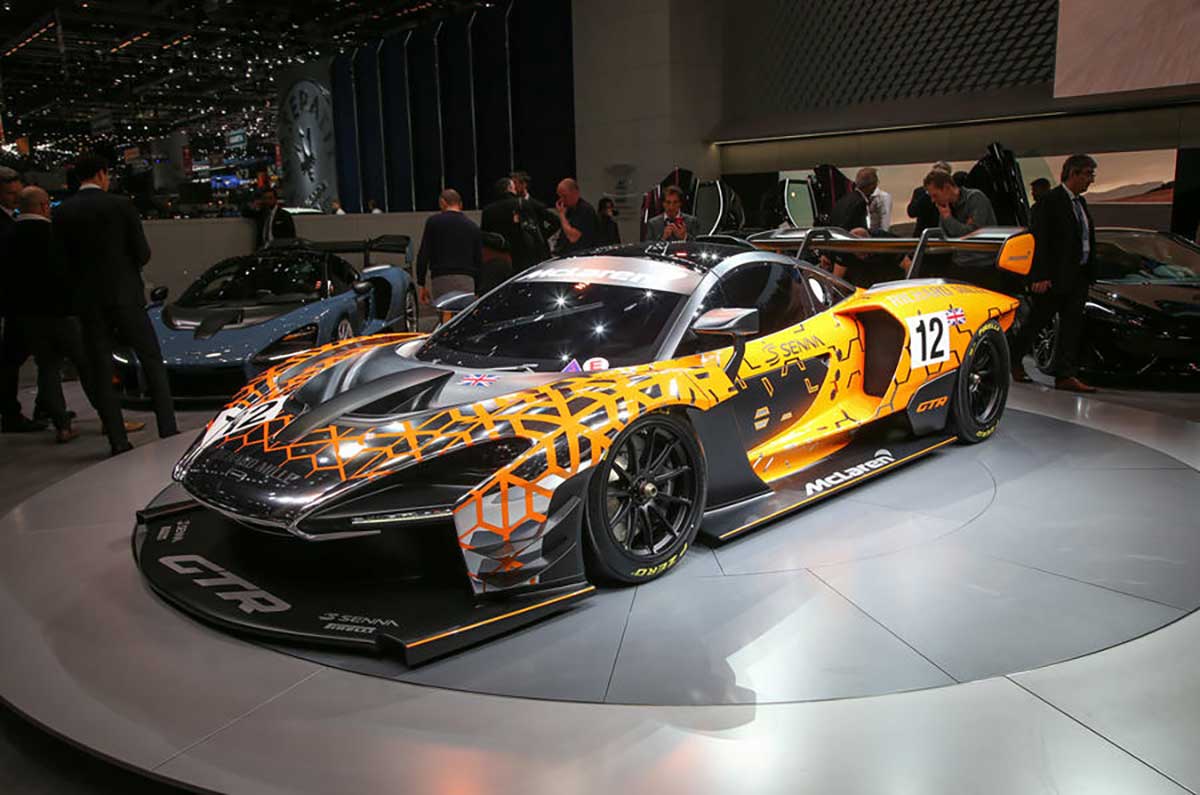 The McLaren Senna GTR Concept produces more power and torque than the road-legal McLaren Senna and can achieve the quickest McLaren lap times outside F1™. The McLaren Senna GTR will be similar in weight to the 1,198 kilograms lightest dry total of its road-legal relation model. To further highlight how significant this car is, it is the first-ever McLaren to use the GTR moniker as with the F1 that was victorious at the 1995 24 Hours of the Le Mans; second was the McLaren P1™ GTR. 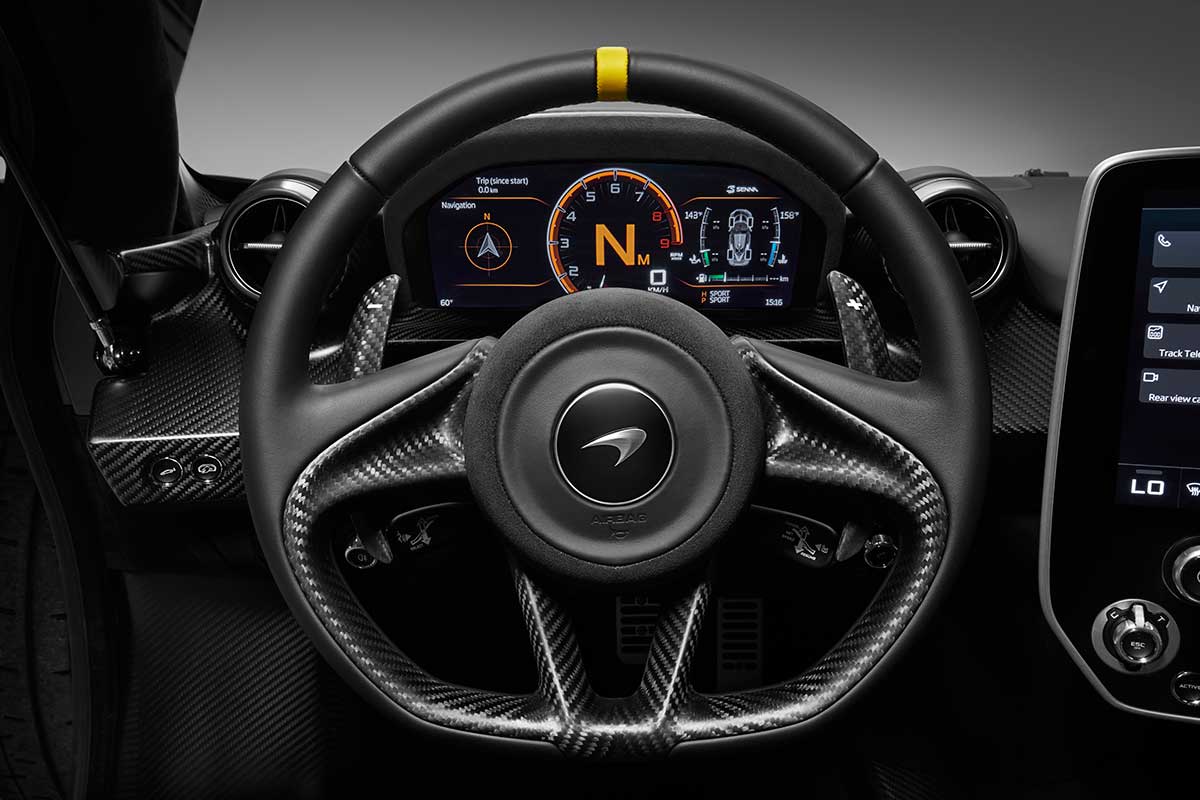 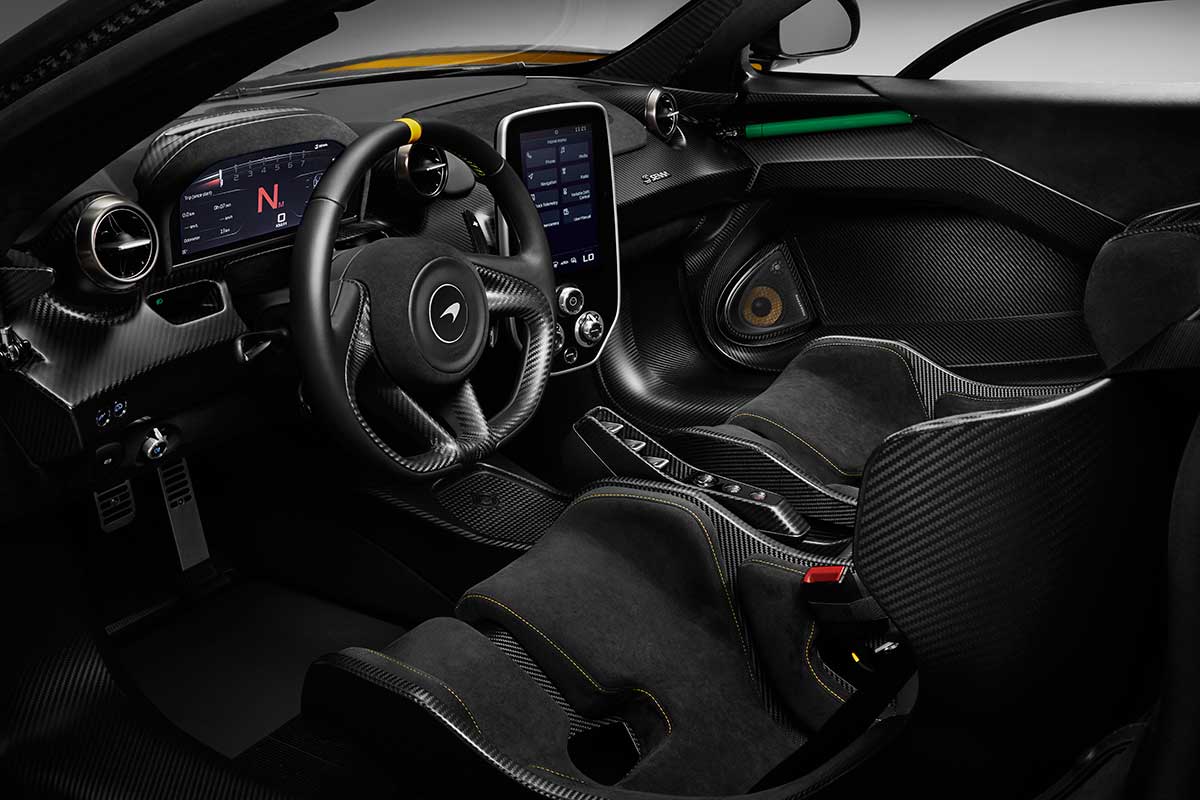 Freed from the need to comply with restrictive roadd legislation and unbound from the limitations of motorsport regulations, the McLaren Senna GTR Concept features a significantly enhanced rear diffuser. The complete aerodynamic package creates something truly remarkable: up to 1,000 kilograms of downforce, 200 kilograms more than the road car. The rear clamshell of the McLaren Senna GTR Concept is the lowest of any McLaren and aids aerodynamic performance and cooling.Prominent 'Gurney flaps', ahead of a succession of stepped louvres, direct air away from the rear deck, and the resulting area of low pressure draws hot air out from high-temperature radiators and engine bay. This also ensures the airflow does not impact on the efficiency of the rear wing.

Ayrton Senna first arrived at McLaren in 1988 as an outstanding young driver but he wasn’t known yet as the complete champion he would eventually become. As he was starting his fifth season in Formula 1 with six wins under his belt, Senna converted all that promise into three World Drivers’ Championship.

The McLaren Senna is a remarkable legacy built to commemorate one of McLaren’s greatest racing drivers. The Instituto Ayrton Senna (IAS) was established in 1994 by his sister Viviane, six months after his fatal crash at San Marino GP. This non-profit organization now benefits up to 1.6 million children and young people in Brazil. The IAS prepares the youth of Brazil to live in the 21st century and build a better future, which McLaren is proud to support and give their full backing.

Shown below is the road-legal model of the McLaren Senna: 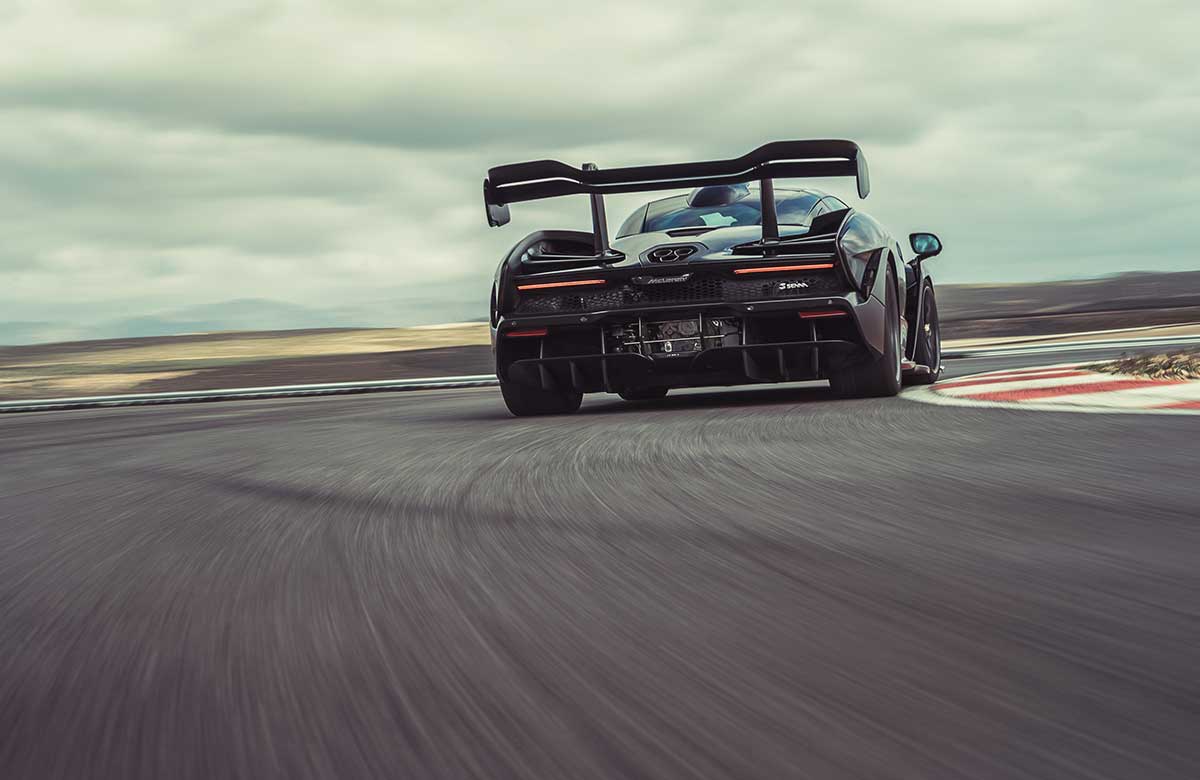 More on the McLaren Senna: 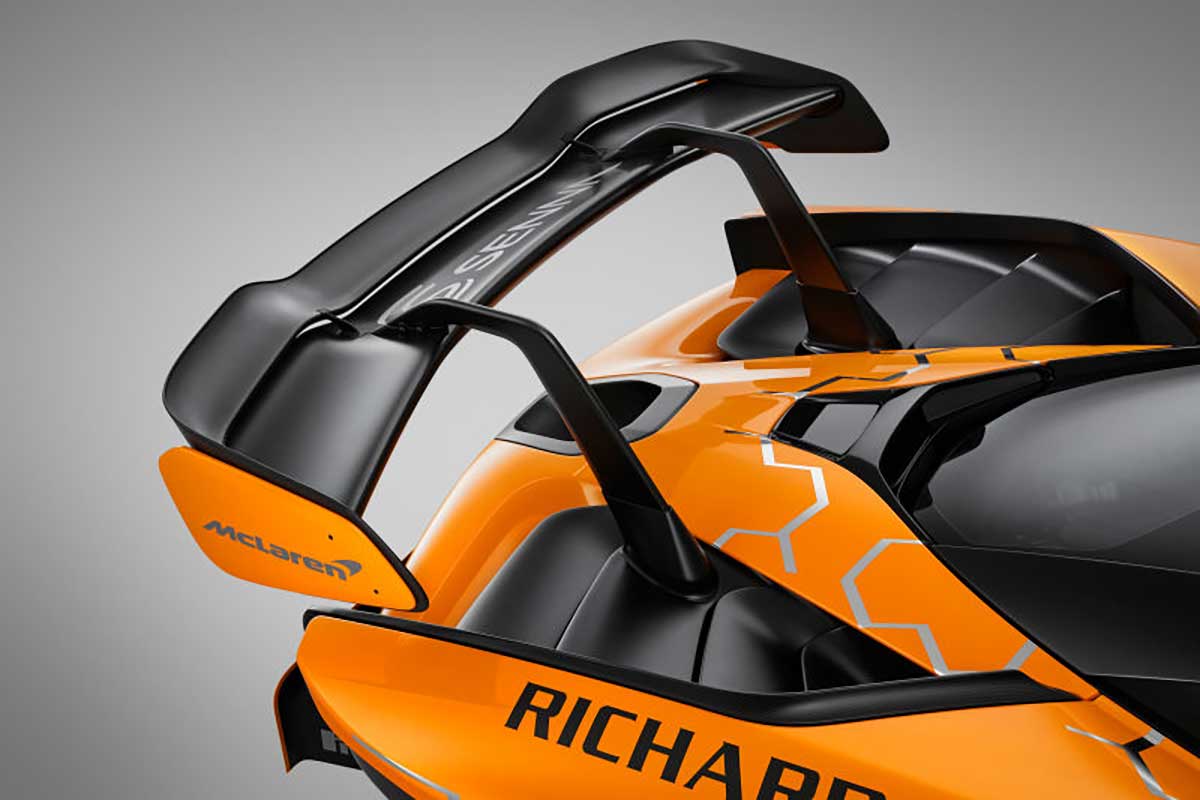 Further alterations for the McLaren Senna GTR include the additional benefit of a race-style transmission, revised double-wishbone suspension, Pirelli slick tyres, and a new wheel design developed specifically for circuit use. And to top it off, up to 75 examples will be hand-assembled in Woking, England during 2019. Expression of interest will be taken at the 2018 Geneva International Motor Show and thereafter as well. For more in depth info regarding this, visit The McLaren Senna.

The Rimac C_Two can achieve an 1.85-second century sprint. How fast is fast really? Click here to find out!

Do you wanna know some of the contributing factors to your car's value? Click here to read more about it.

Sell your car through Carsome and put it up for bidding to more than 600 dealers nationwide.