The Inaugural Vios Challenge Comes To A Season End 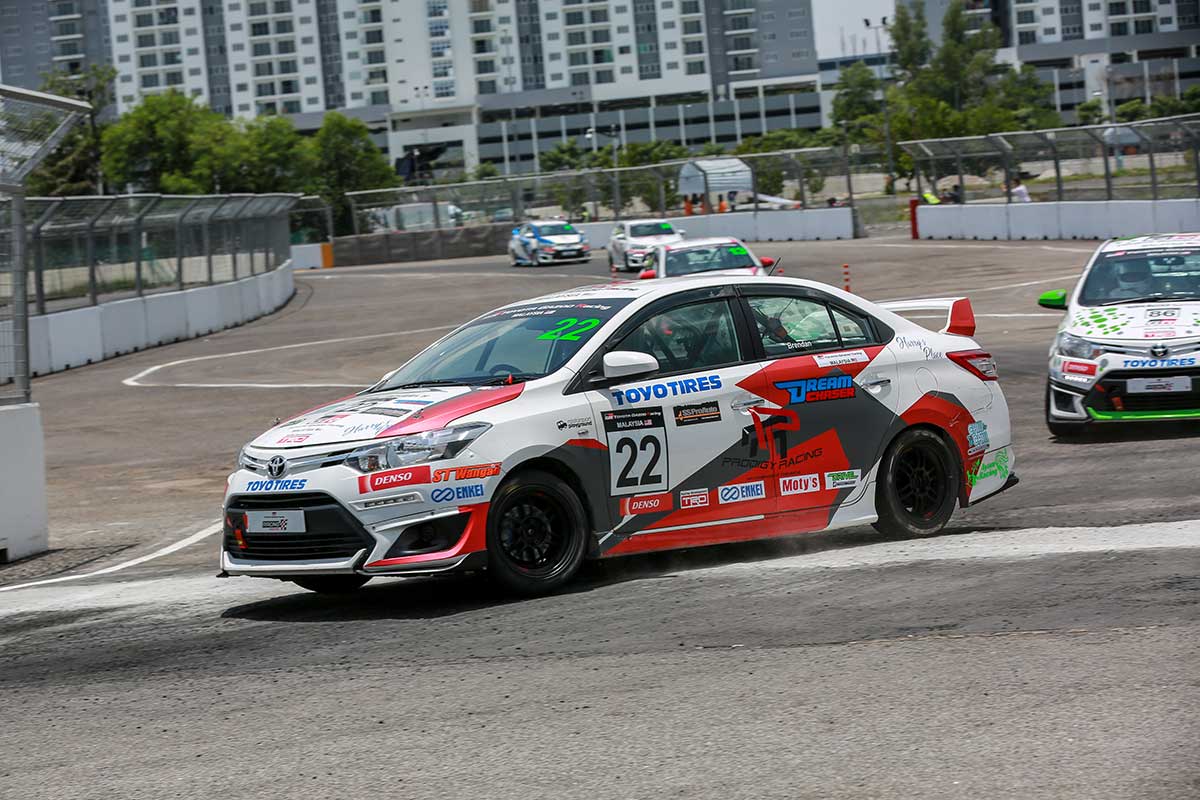 The finale of the inaugural Vios Challenge ran its course over the past weekend and gave the crowd some absolute thrill and excitement as it pulls a close on the week. 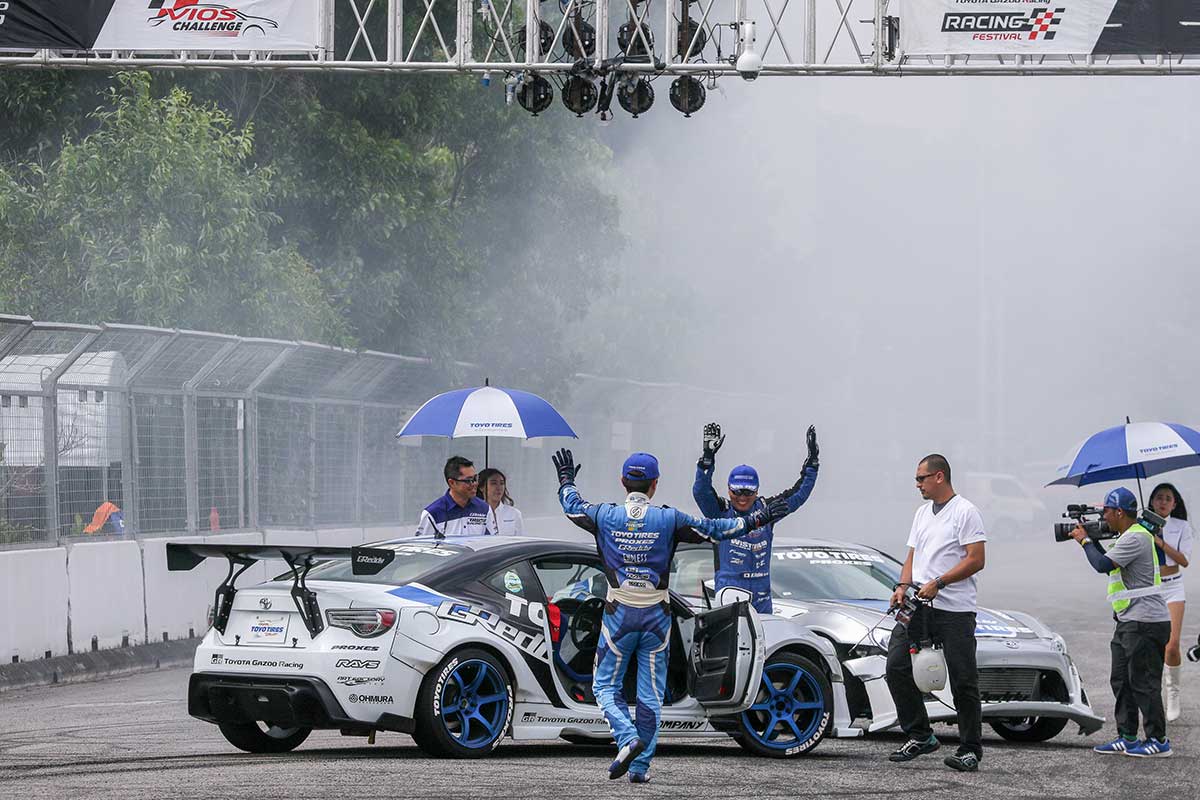 At 1 pm, the Sporting Class kicked the racing activities off with young Brendan Paul Anthony from Dream Chaser team and Brendon Lim of Tedco Racing on the front row followed by Team Nanoplus’s Patrick Tam on the second row beside Clement Yeo who was fourth on the grid. By Lap 2, the front row runners built a healthy gap from the pack while Kenneth Koh from Panglima City tried to close in on Patrick Tam for third place. 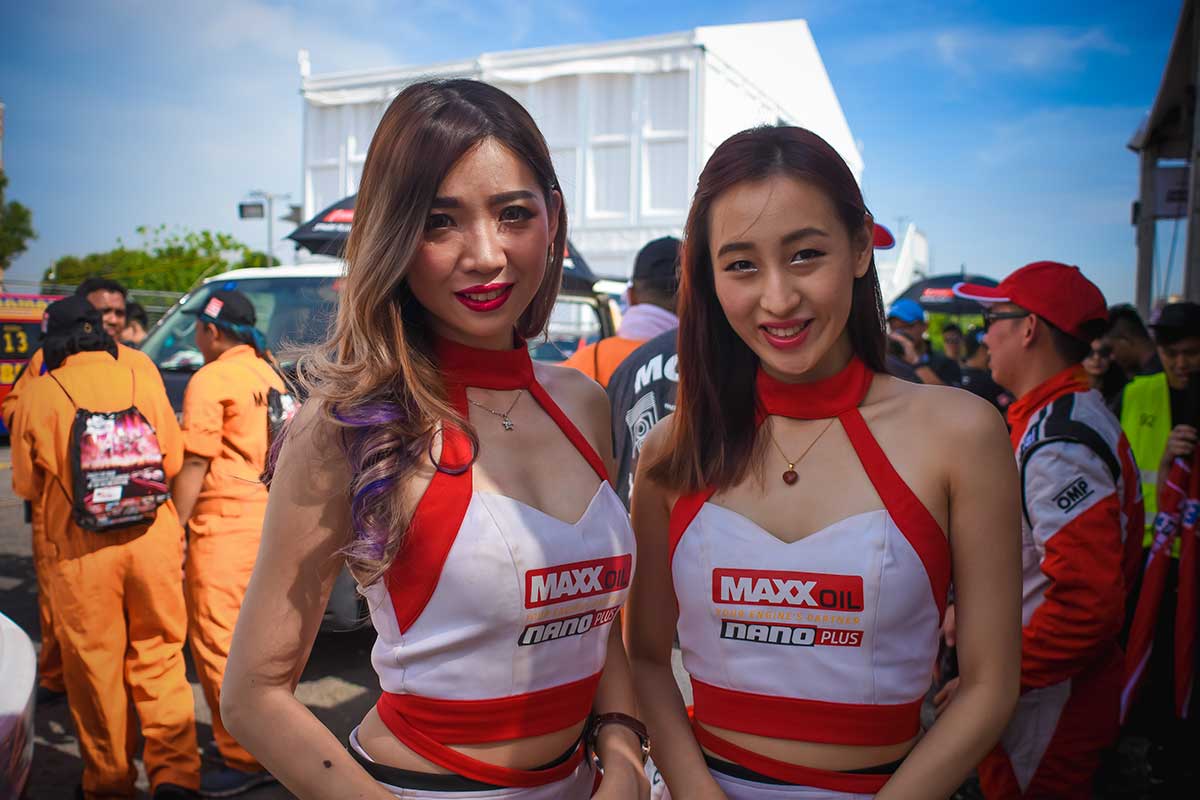 As the race continued, it was Brendon Lim that was seen being the fiercest contender in class despite sustaining his earlier damage as he relentlessly chased Brendan Paul for gold with only a 0.4 second gap between them.

The end of Race 1 and 2 saw Brendan Paul taking the Championship title and Brendon Lim as well as Patrick Tam taking places two and three. 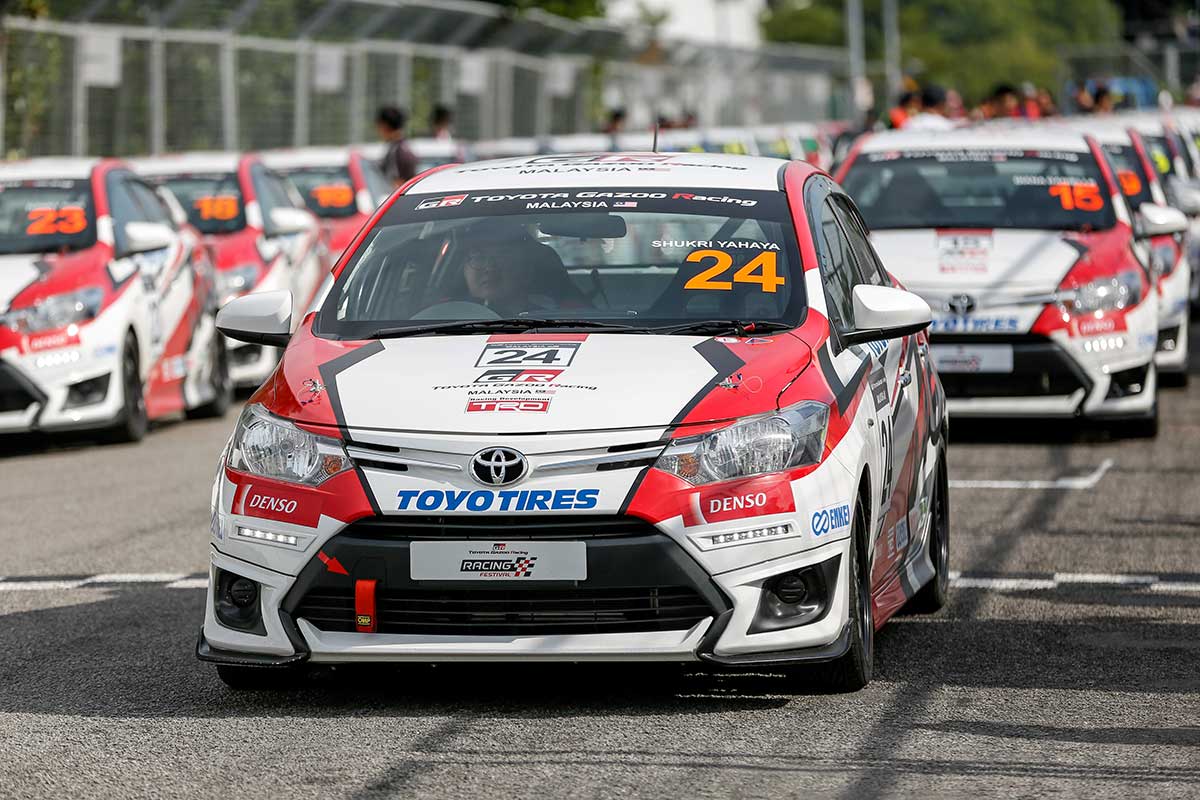 The Promotional Class was up next, this may have been aimed at celebrity racers, but the quality of racing did not showed signs of dwindling at all. The racers received their share of oohs and ahhs from the spectators in all the venues. Shukri Yahya grabbed pole position and was joined by Shawn Lee in the front row. 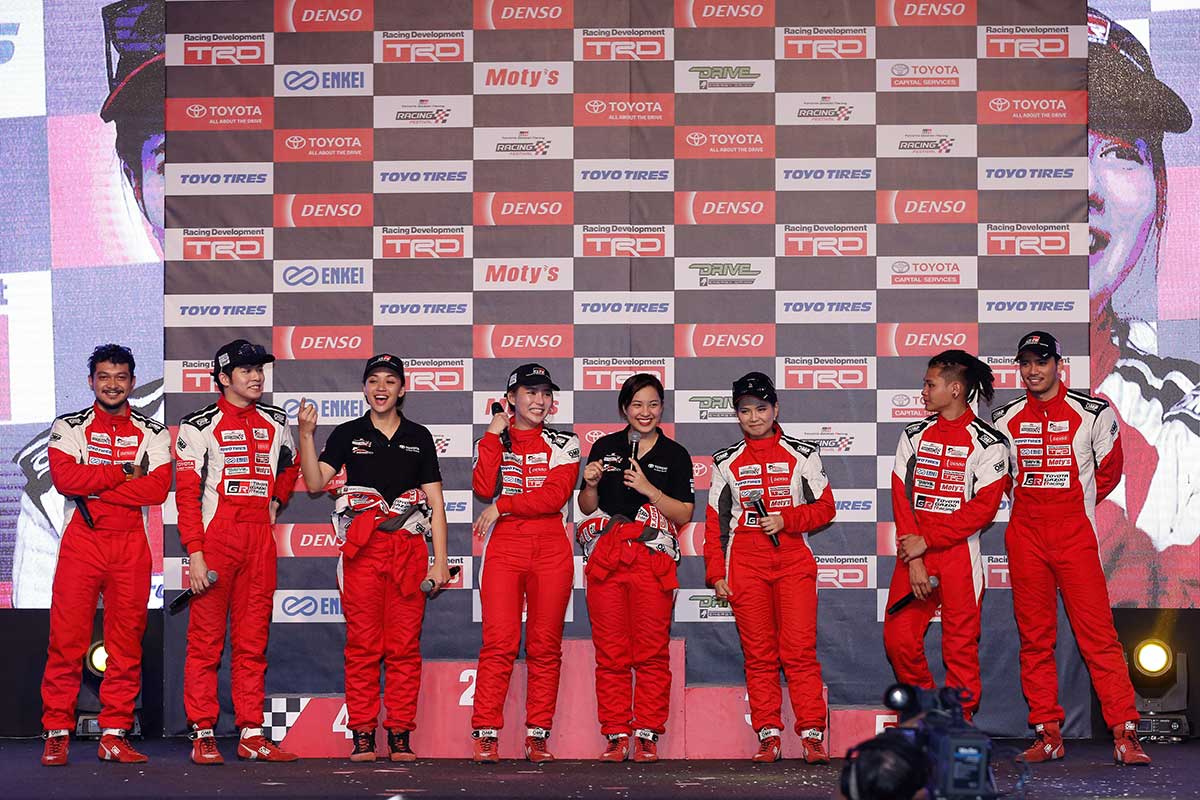 As the lights changed, there was no stopping Shukri and Shawn as the duo charged away from the pack with Diana Danielle in tow joining the boys in front. As the race entered lap 3, the gap between the leading duo and the rest of the pack opened to five seconds. Lap 5 saw a better performance by Shukri as the gap opened to 1.4 seconds between him and Shawn Lee.

The Best Of The Action 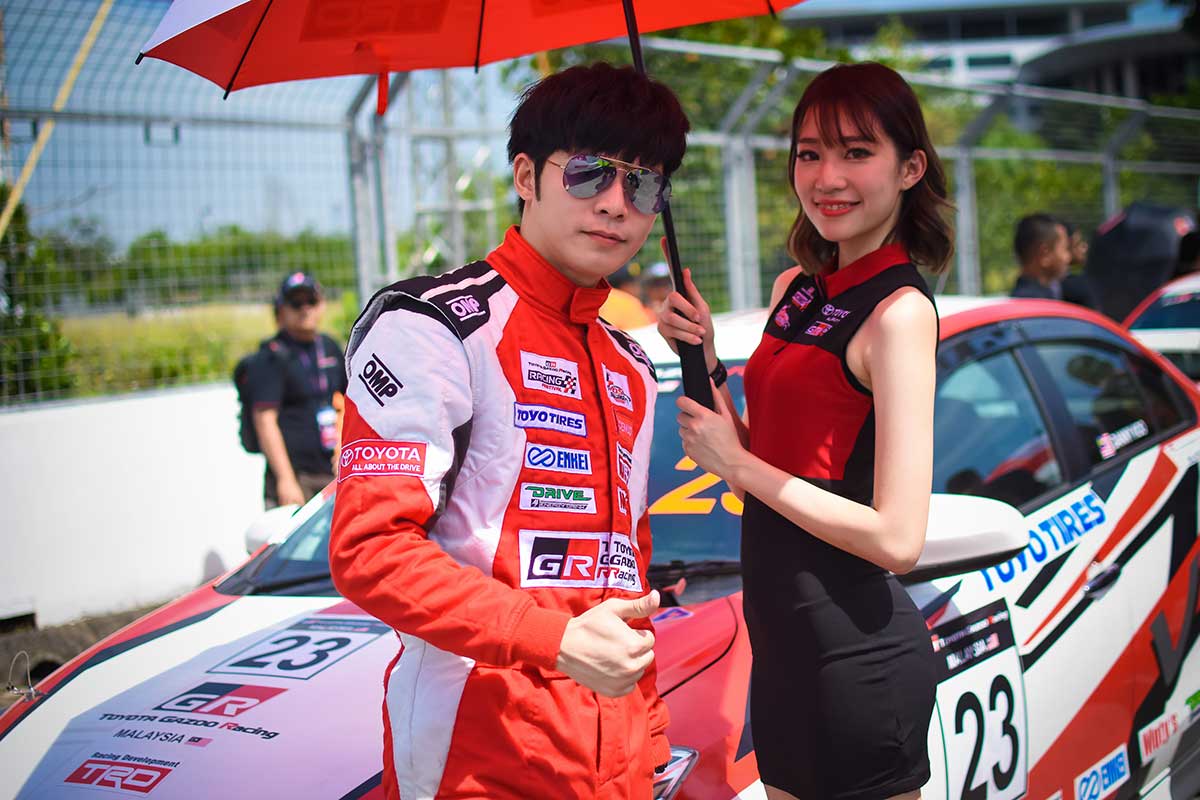 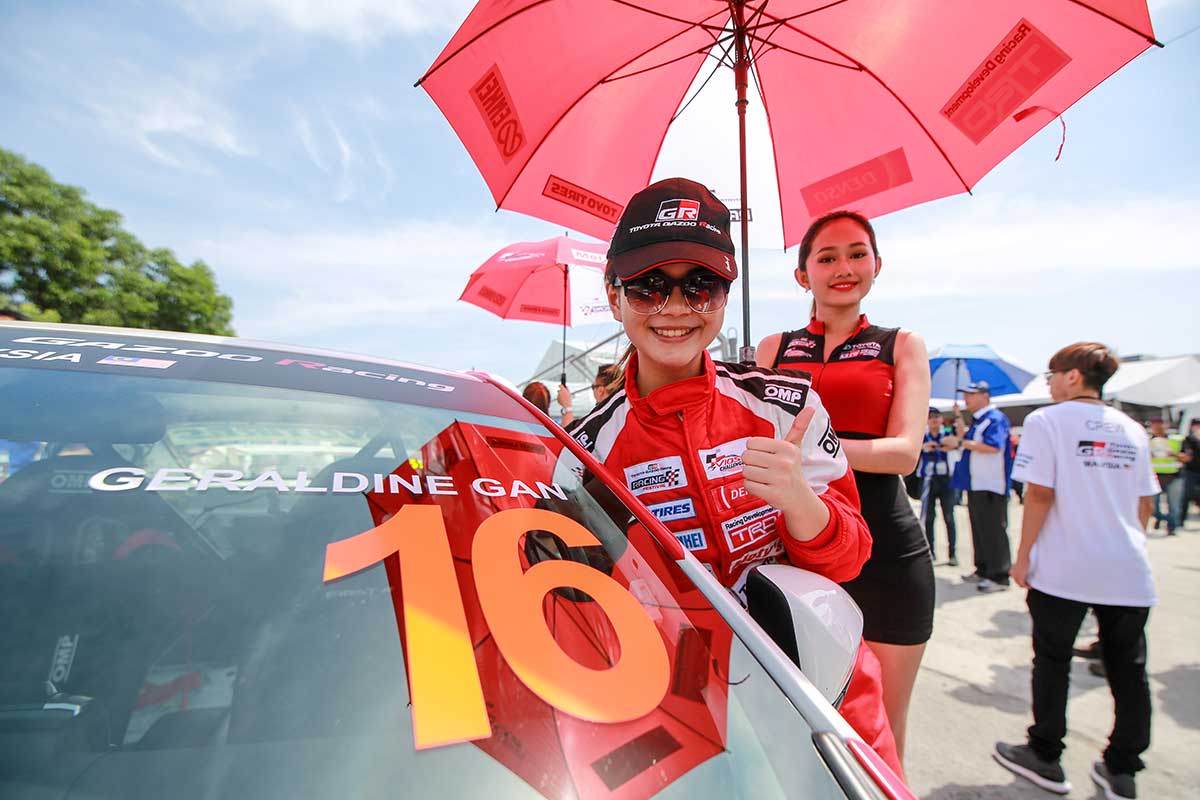 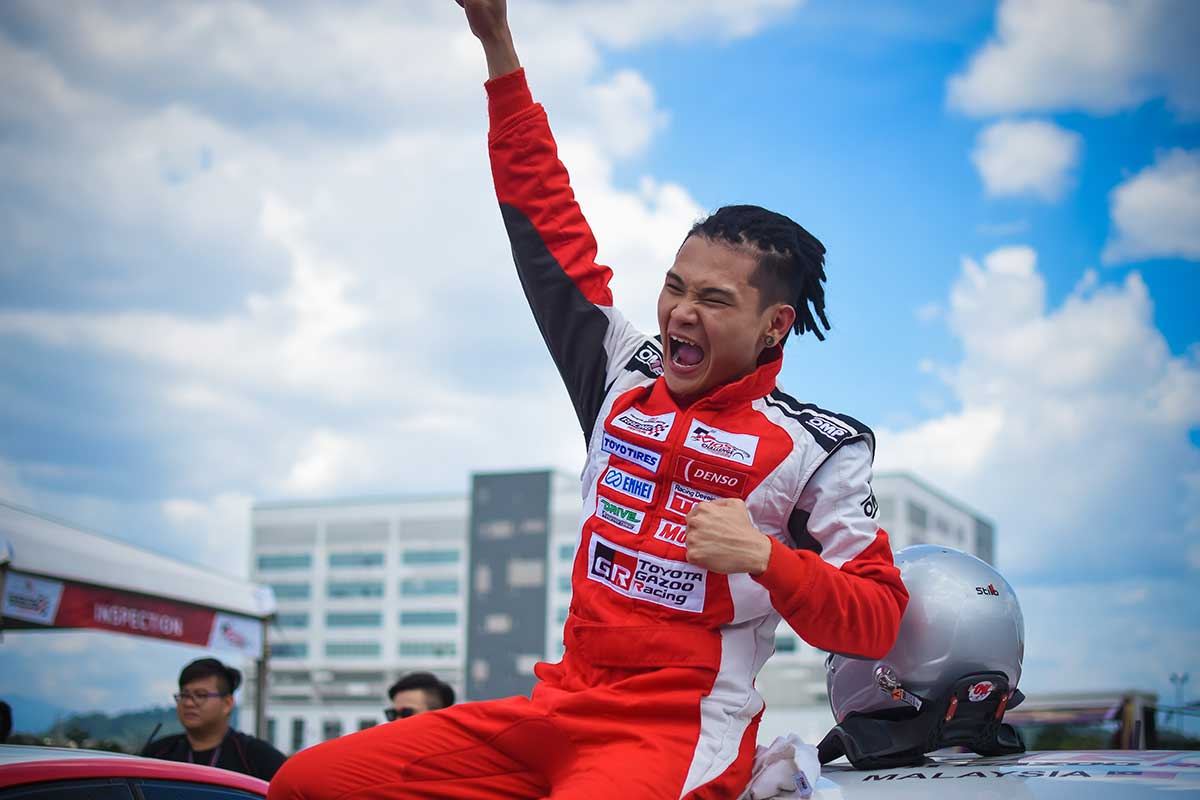 With a tussle between Shukri and Shawn overtaking each other, the Promotional Class ended without incident, putting Shukri Yahya first, Fattah Amin second and Diana Danielle took the final place on the podium and credited the finish to the support and love of her family who came out to cheer her on in this final event. 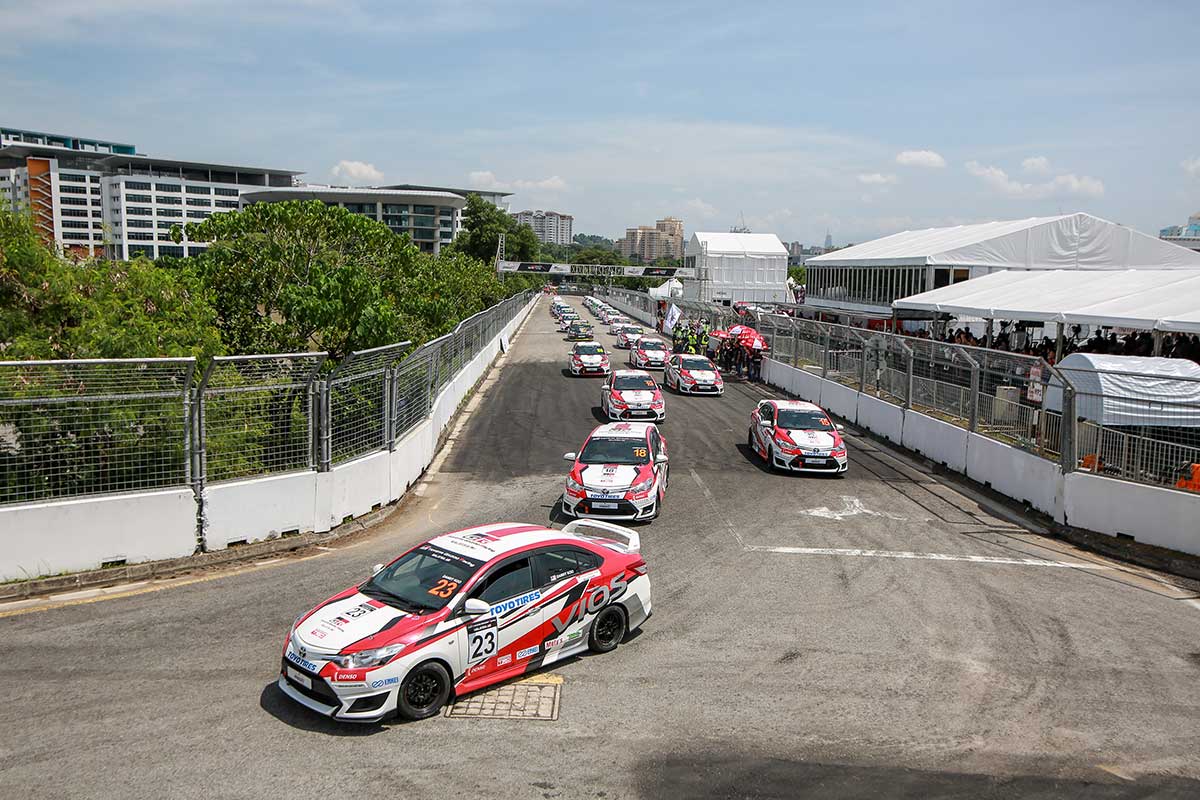 The Super Sporting Class was the race to watch as the top drivers of the Vios Challenge were expected to race hard for pride, podium and prize, as the championship winner would win a Toyota Vios, cash and pride as the first Vios Challenge winner. Championship leader Tengku Djan started from his qualifying position of 7th on the grid while his main rival William Ho started in pole, Kenny Lee in 2nd followed by Boy Wong in 3rd and Ser Ming Hui in 4th place. 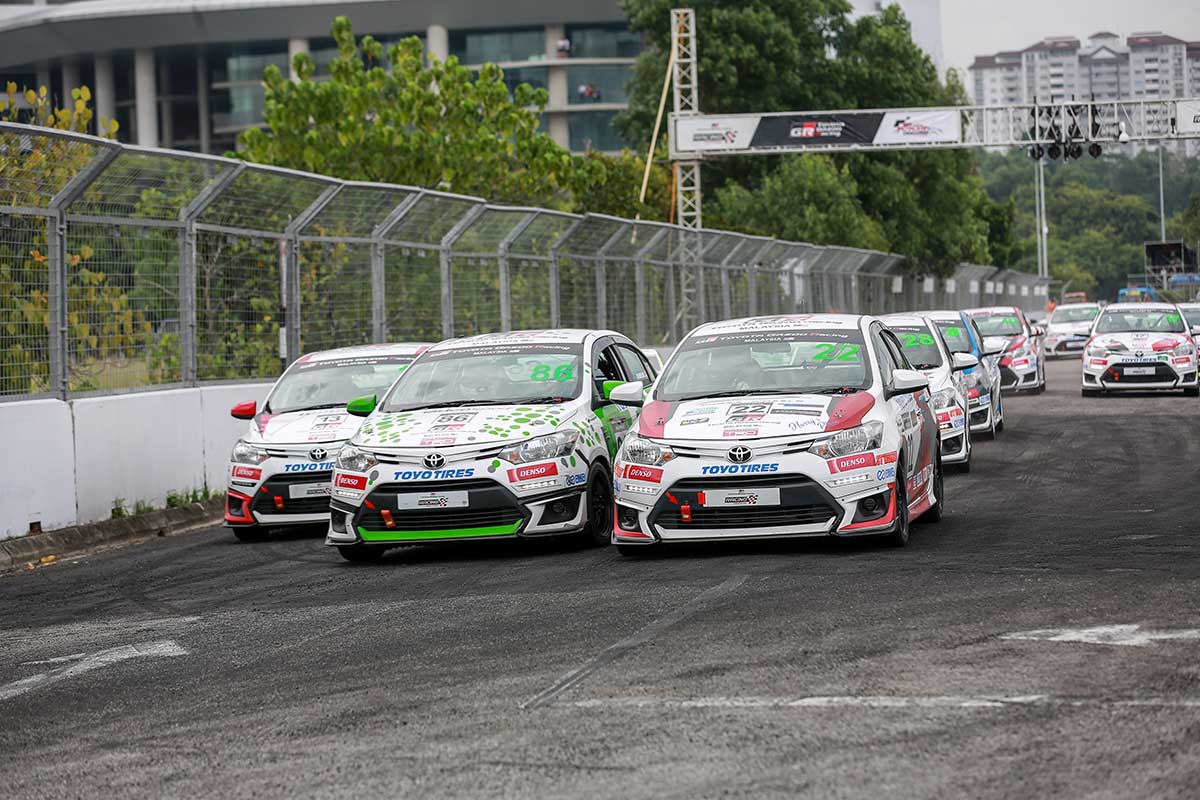 Ser Ming Hui managed a superb start and chased Boy Wong down relentlessly on the opening laps. On Lap 7, he took his chance in Turn 3 to dive inside the ST Wangan driver but could not get pass. Battle for Boy Wong’s 3rd place continued till the final lap when at turn 3, Ser dived on the inside of the right hander for a gap that was hardly there. 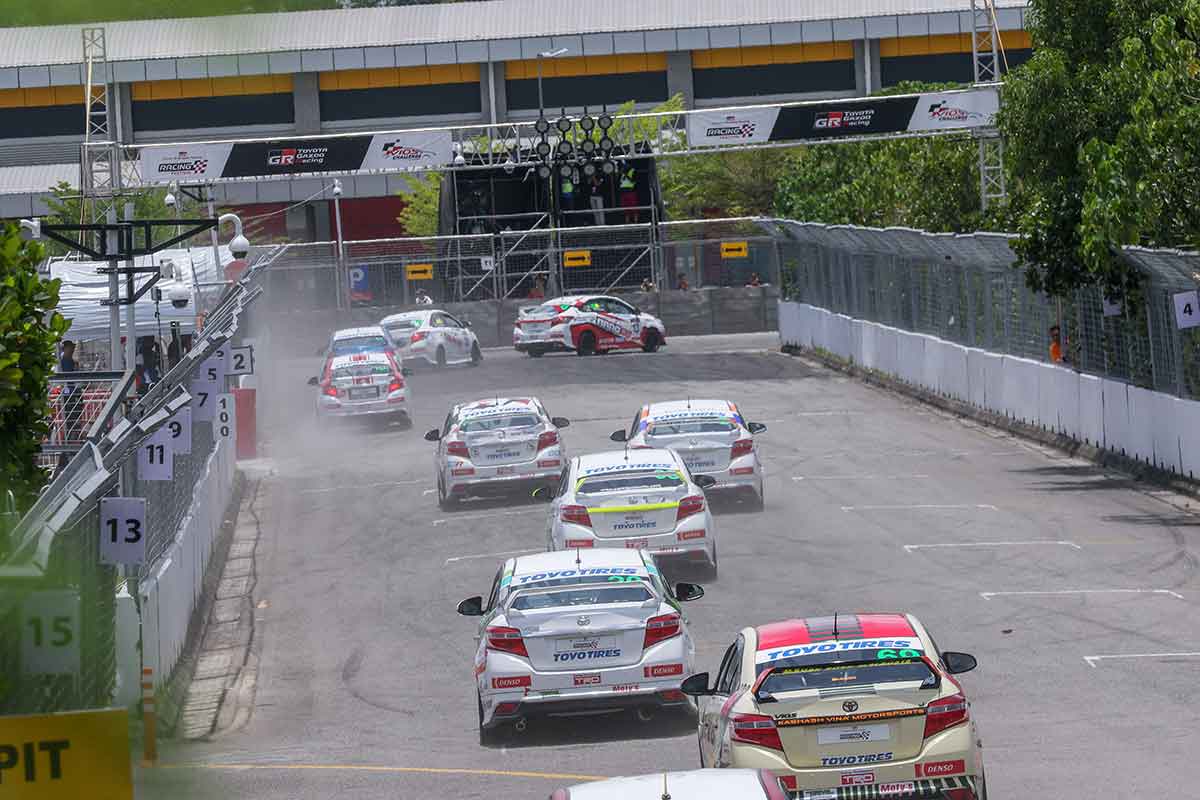 The race stewards were not happy and imposed a penalty on him for the contact thus he was docked the position and finished in 4th. William eventually won the race and was leading Djan in the final standings. It was an interesting prospect as it meant that Djan needed to win while William had to finish no lower than 3rd to secure the title. 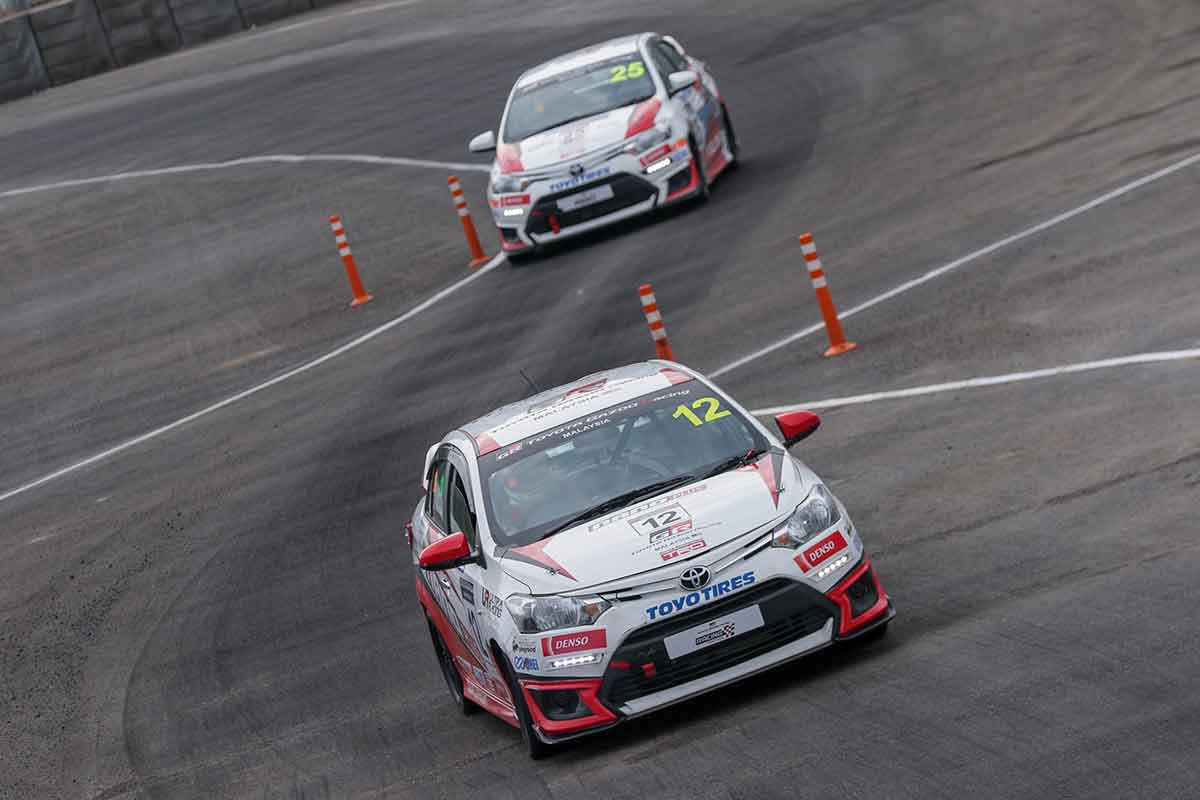 The start saw Tengku Djan and Mark Darwin made a perfect start as the lights went off, but some contact, a spin and engine issues brought the race into a little challenge for Mark, Ser Ming Hui and William Ho. Yet, all the Prince of Drift could do as he could only hope for troubles by William who was running out of his view by then. As Tengku Djan took the chequered flag with Mark Darwin in second and William Ho in third place, it was thought to be the final results. 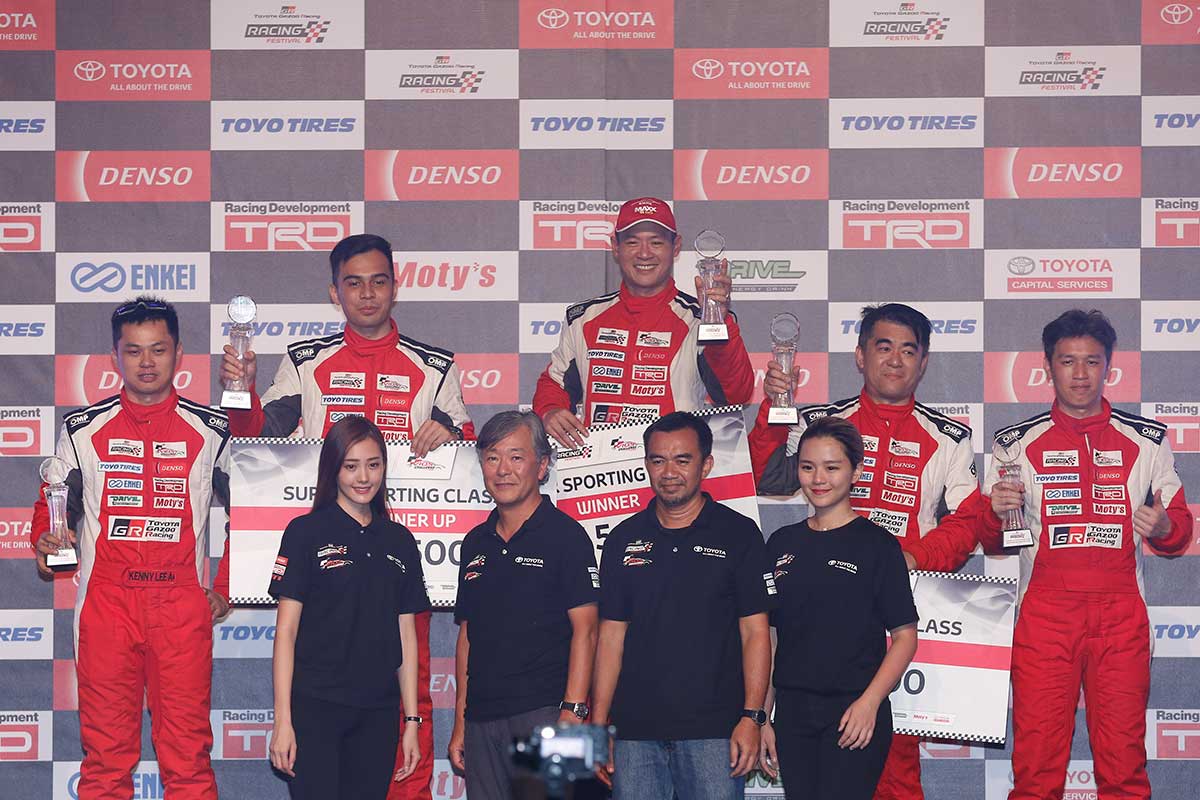 To their surprise, the result didn’t stand as the race stewards later deemed William Ho’s continuous contact with Ser Ming Hui unsporting and was docked two positions. Ultimately, this cost him the championship in the Super Sporting Class as Tengku Djan was crowned the overall winner. 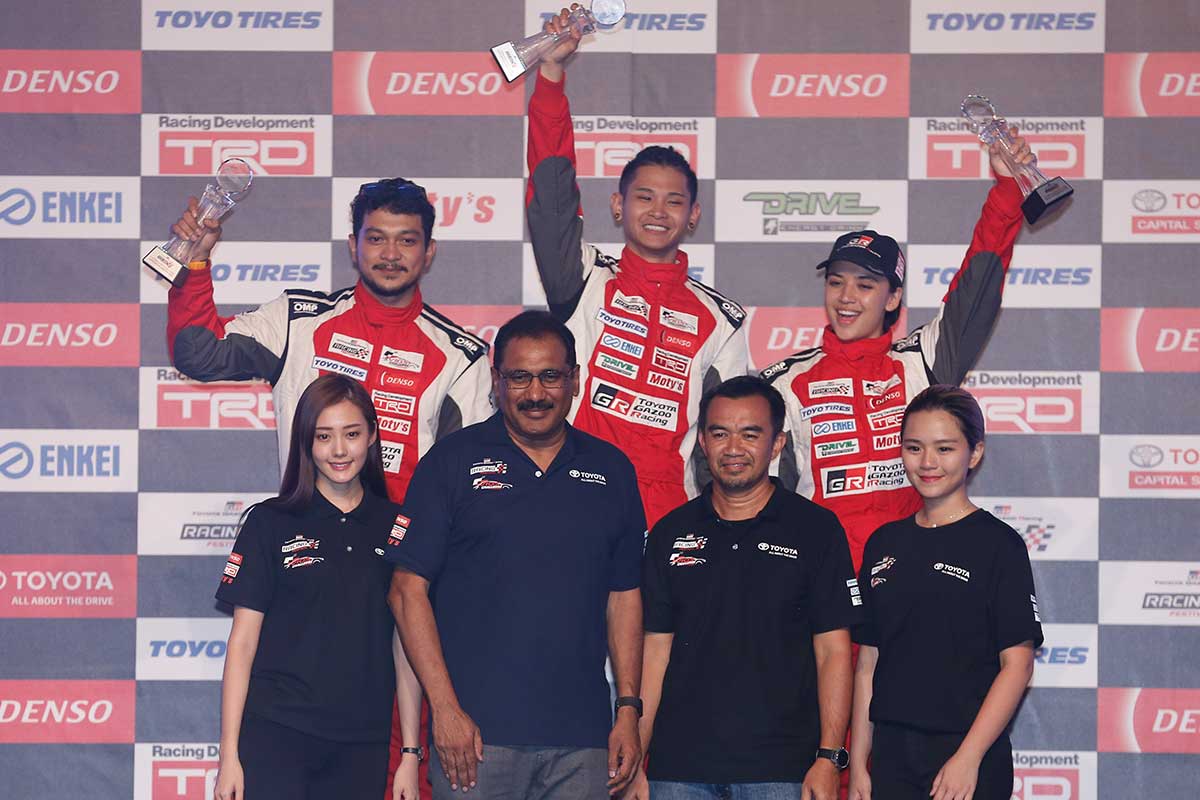 It was a thrilling end to a thrilling season of excellent motor racing in the inaugural Vios Challenge. The quality of racing the intensity of racing on street circuits was something Malaysians had not experienced in a very long time. This will build up pace with the prospect of new challenges in the next season, and the Vios Challenge will once again be the race to watch.

Don't miss out on the Toyota C-HR that was the talk of the town, when unveiled just last week at Technology Park Malaysia! Click here!

Fill up the form below and sell your car today with us!