The BMW 6 Series GT is Sleeker on the Curves 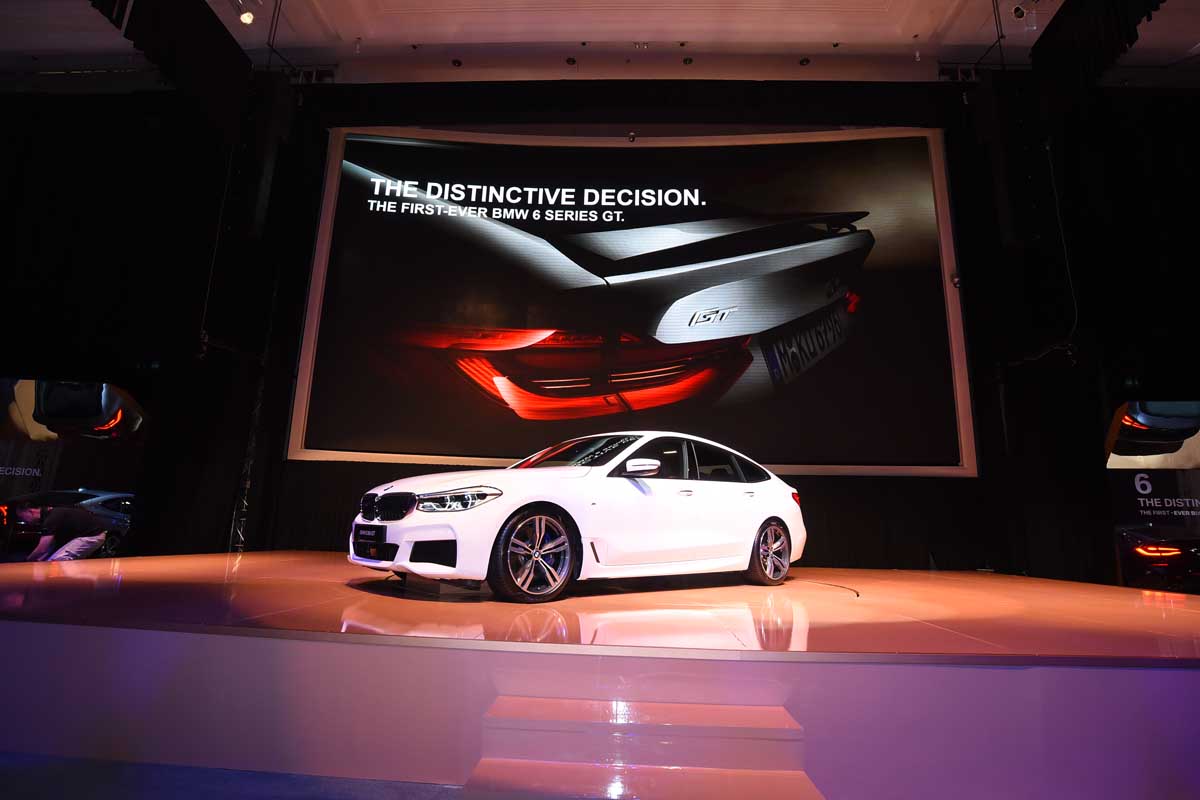 BMW Malaysia has launched the first-ever 6 Series Gran Turismo in the variant of a locally assembled 630i GT. The GT essentially replaces the 5 Series GT introduced in 2009, with a new position that has been up ranked in its Series range.

So the new 6 Series GT replaces the 5 Series GT? 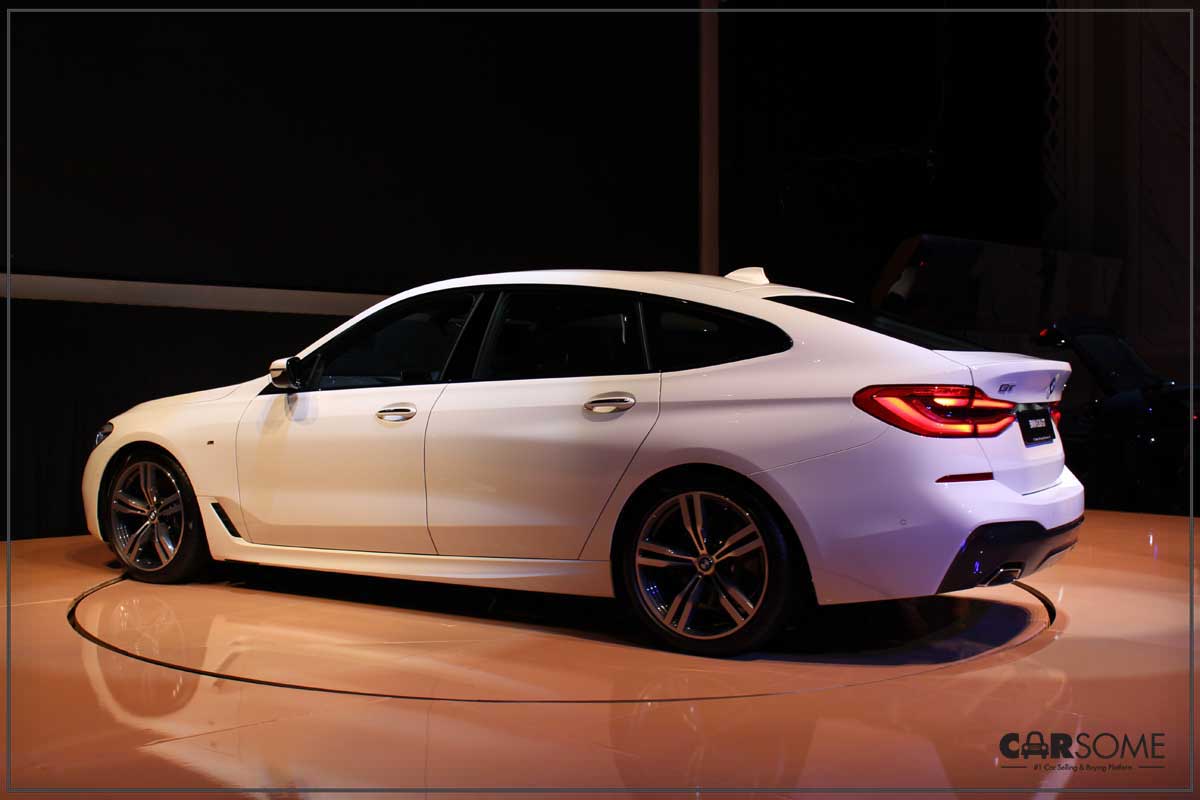 Yes. And as eyes can see, the 6 Series GT exudes a body shape and appeal that trumps the previous 5 GT. BMW has essentially repositioned their 6 Series line (previously reserved for sporty two-door coupé, cabriolet and four-door Gran Coupé) into the new 8 Series, and has reinstated it with the 6 GT.

It’s just an estate with a coupé-like roofline right? 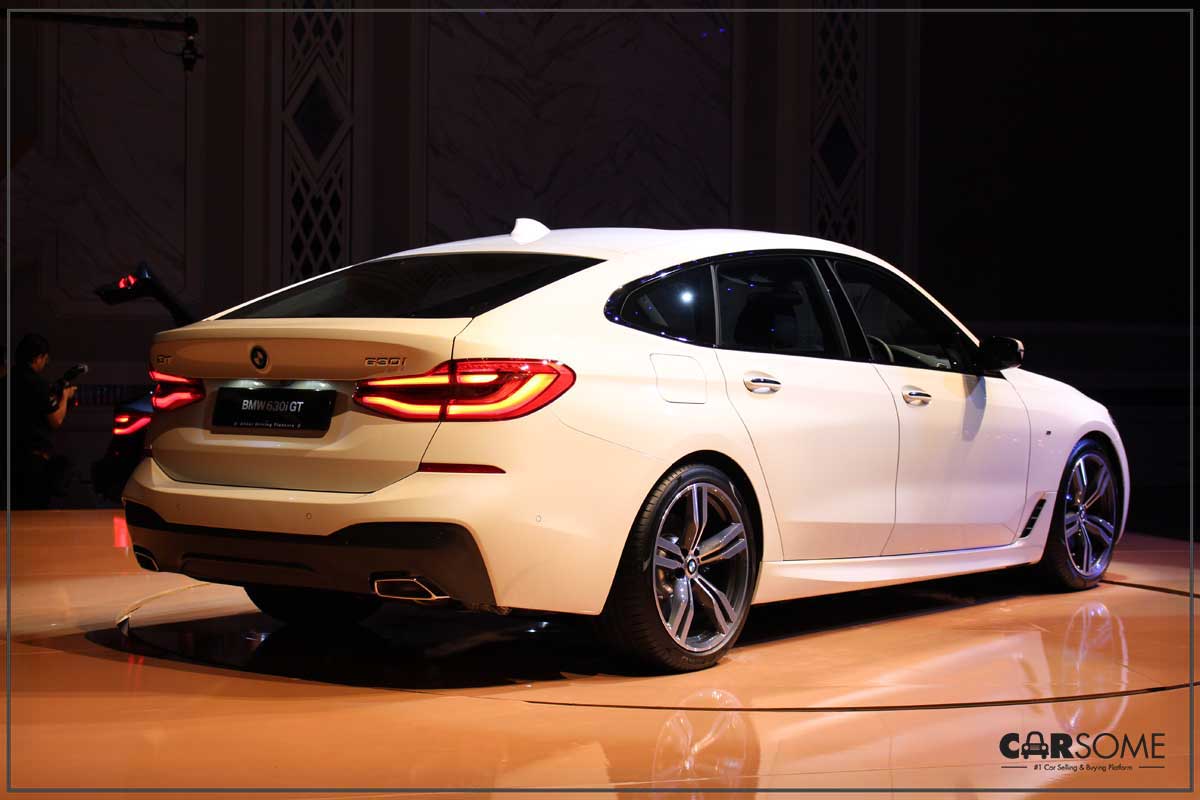 Not really. In BMW’s words, the 6 Series GT combines the long-distance comfort of a luxury sedan, with the aesthetic appeal of a coupé. And it shows. Because it is no longer a ‘5 Series’, the new 6 GT is meant to be in-between the 5 and 7 Series cars, with a longer wheelbase to get better legroom, proper sized rear seats that can be reclined and improved shoulder and headroom. The boot space is incredibly large as well – 610-litres expandable to 1,800-litres with the rear seats down, the 6 GT’s luggage volume is just second to the X5 SUV.

How big is the car? 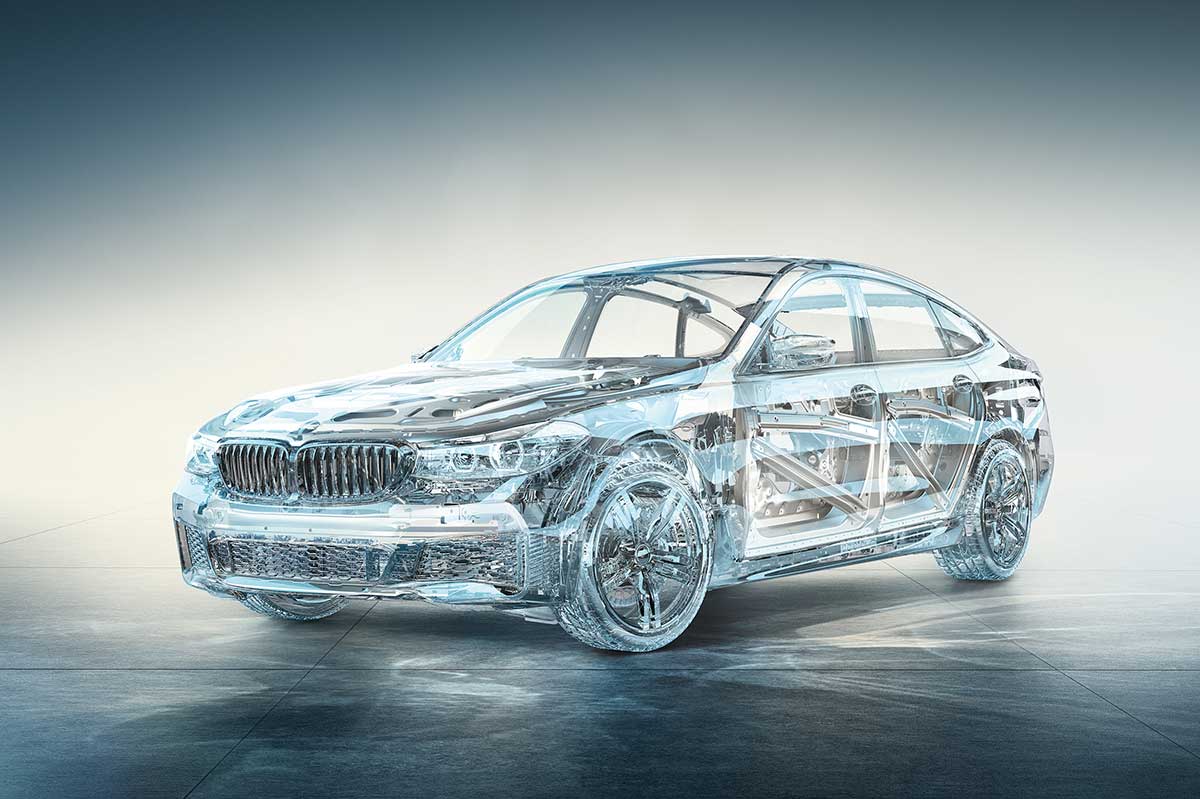 The 6 GT shares its platform with the new 5 Series and thanks to a lightweight construction of aluminium and high-strength steel, the new 6 GT is 150 kg lighter than the 5 GT. While its hatchback and coupé nature seems to be smaller than a sedan, the 6 GT is in fact longer by 155 mm, wider by 34 mm and taller by 59 mm than the 5 Series sedan. Wheelbase is also 95 mm longer at 3,070 mm.

Is there anything interesting other than the GT shape? 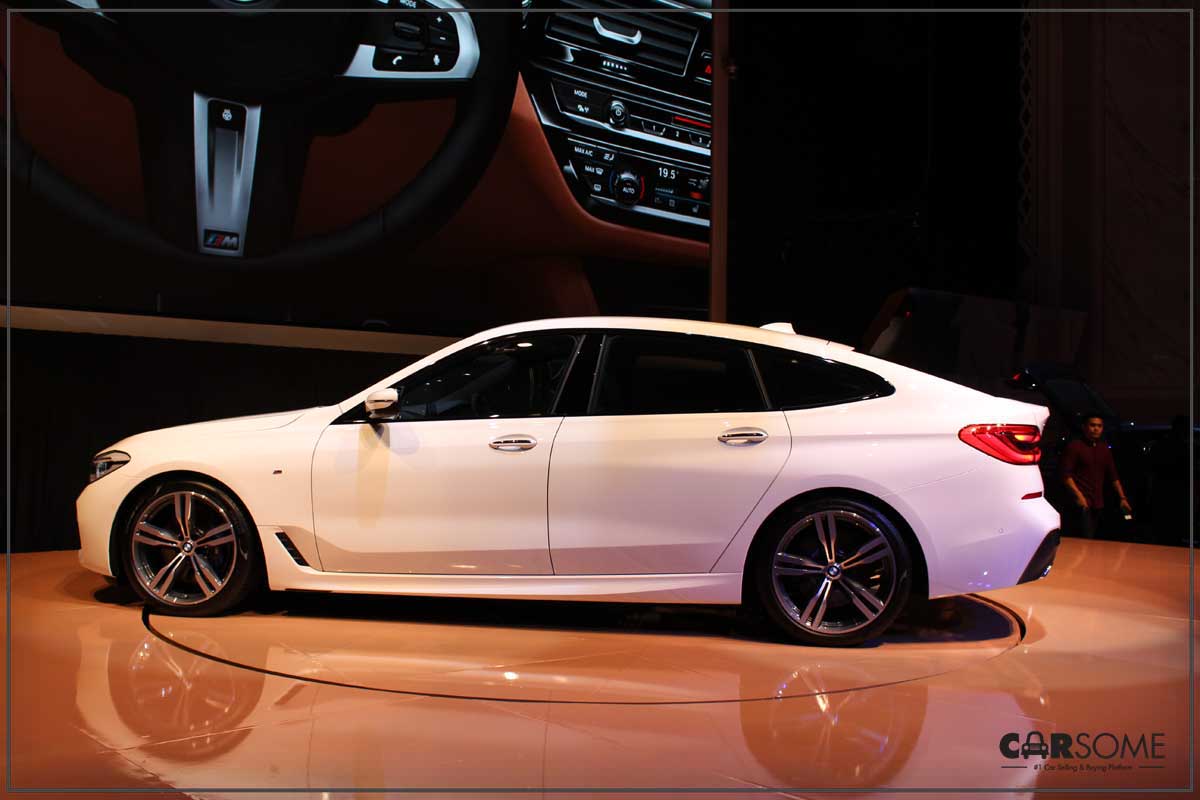 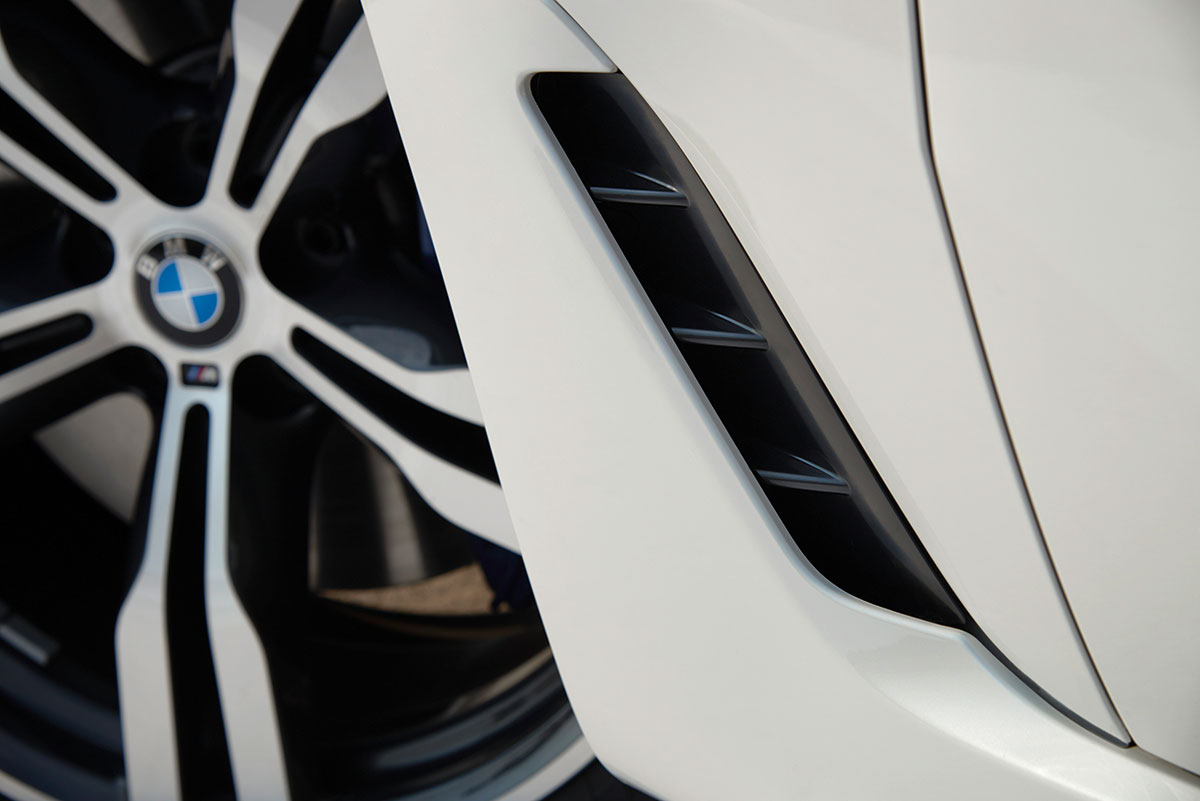 Yes! Aerodynamically, the 6 GT has an active air flap control, air curtains, air breathers and an automatically extending rear spoiler that deploys at 110 km/h to lower the drag coefficient to as little as 0.25 cd. This figure makes the 6 GT as slippery as the new 5 Series. The door windows are also frameless and on the inside have automated blinds. 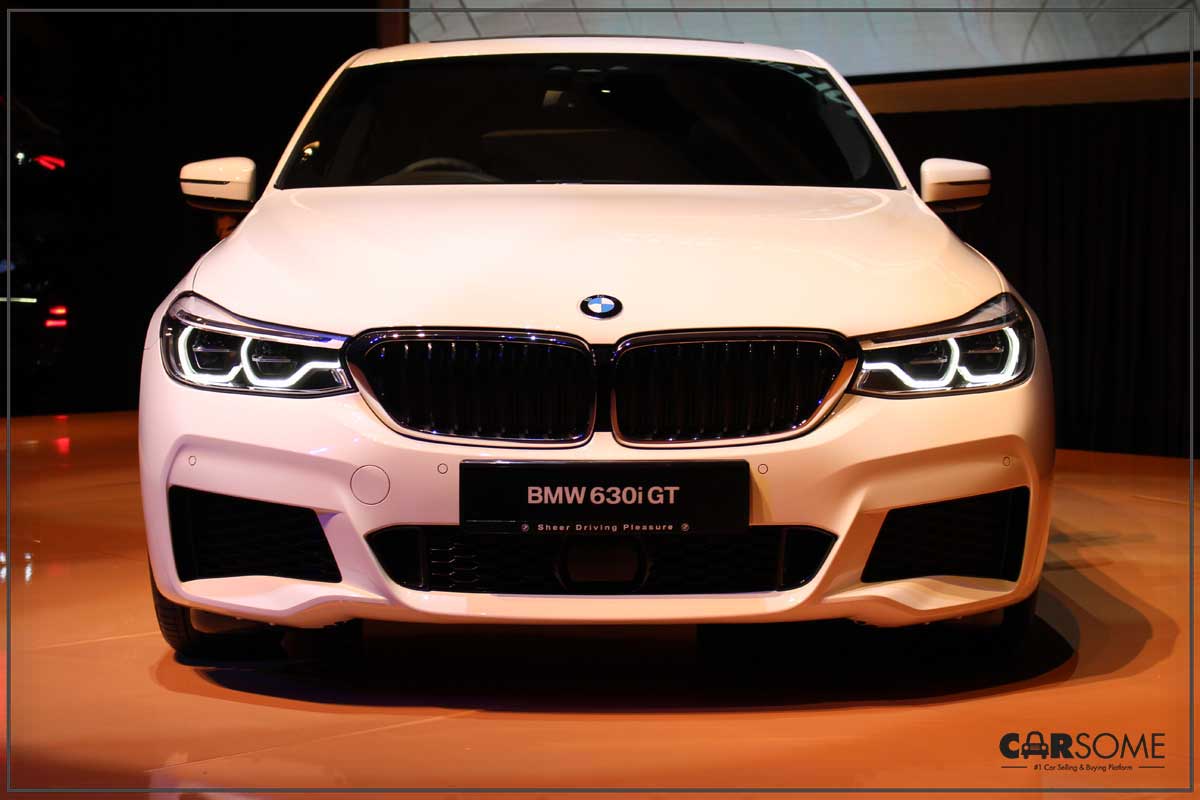 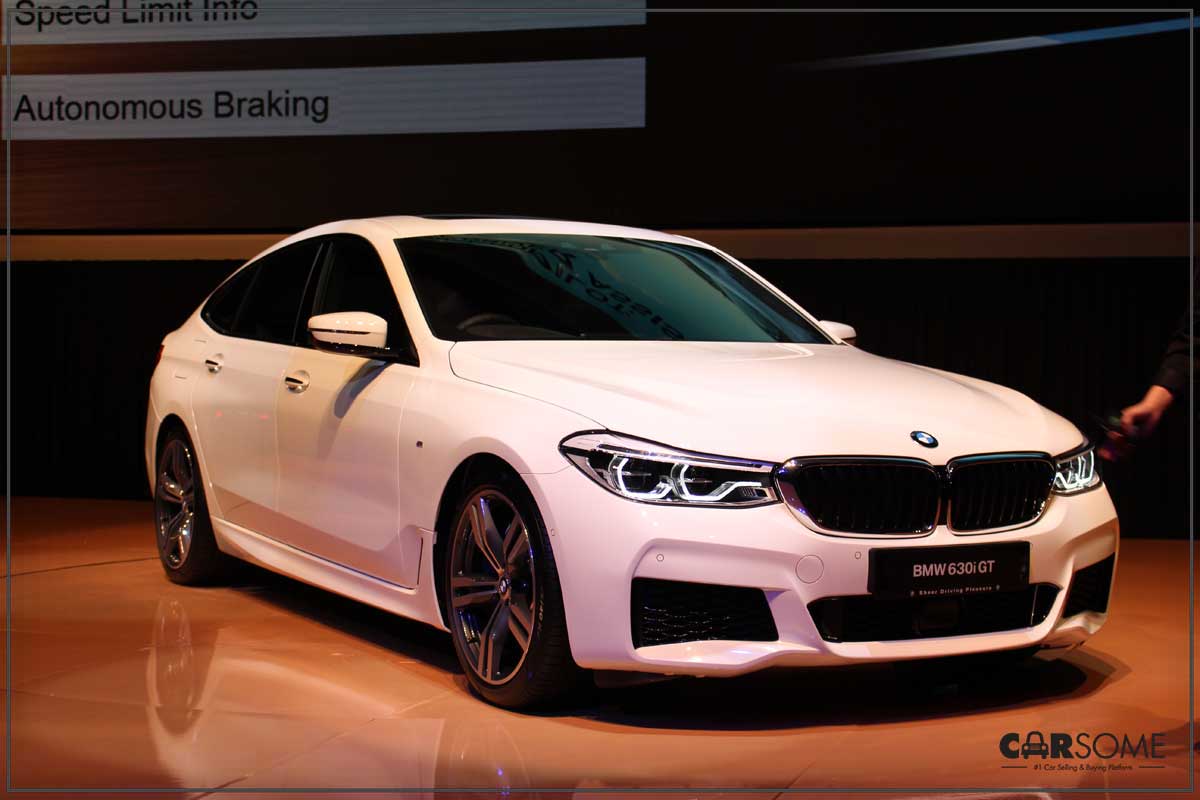 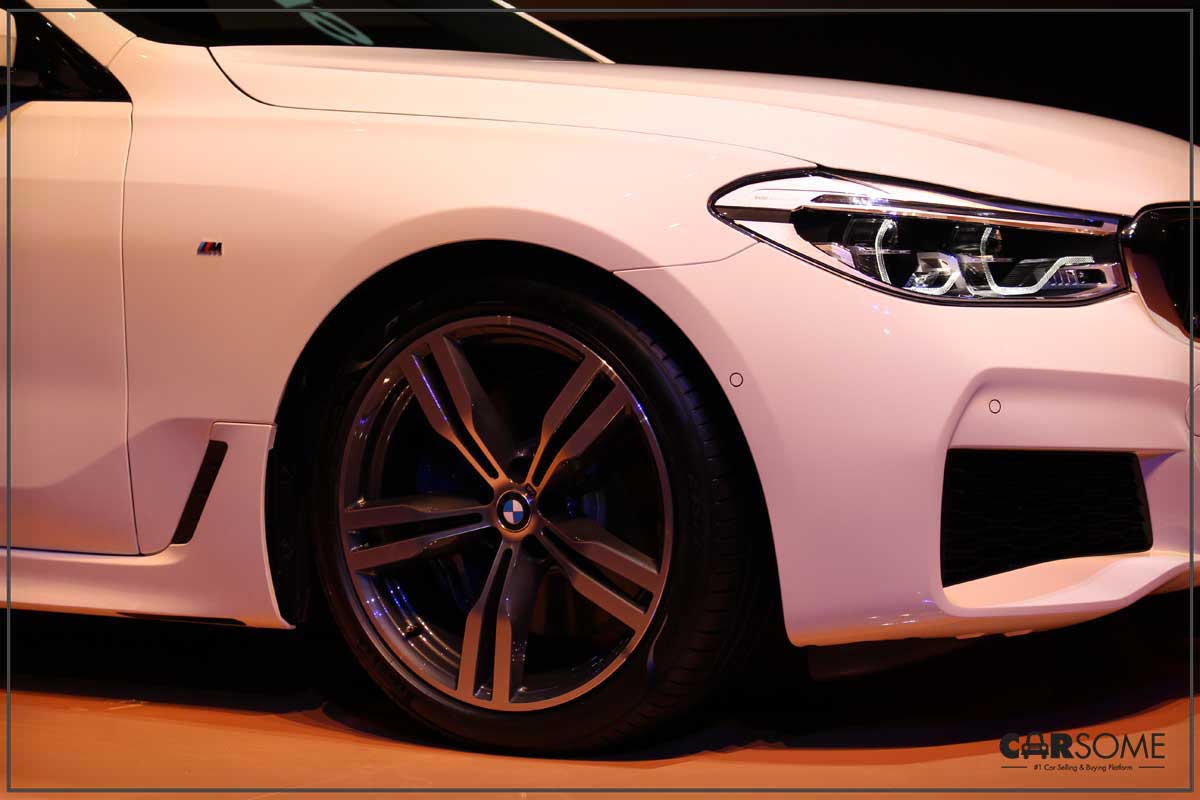 The 6 GT for the Malaysian market is equipped with air suspension on both front and rear axles. This is of course further supported by the Adaptive suspension with Dynamic Damper Control. The air suspension allows the ride height to be adjusted manually, with increased ground clearance of 20 mm or 10 mm lower. The latter is automatically engaged when Sport mode is active or when speeds of 120 km/h and more is reached to reduce drag.

Is it comfortable on the inside? 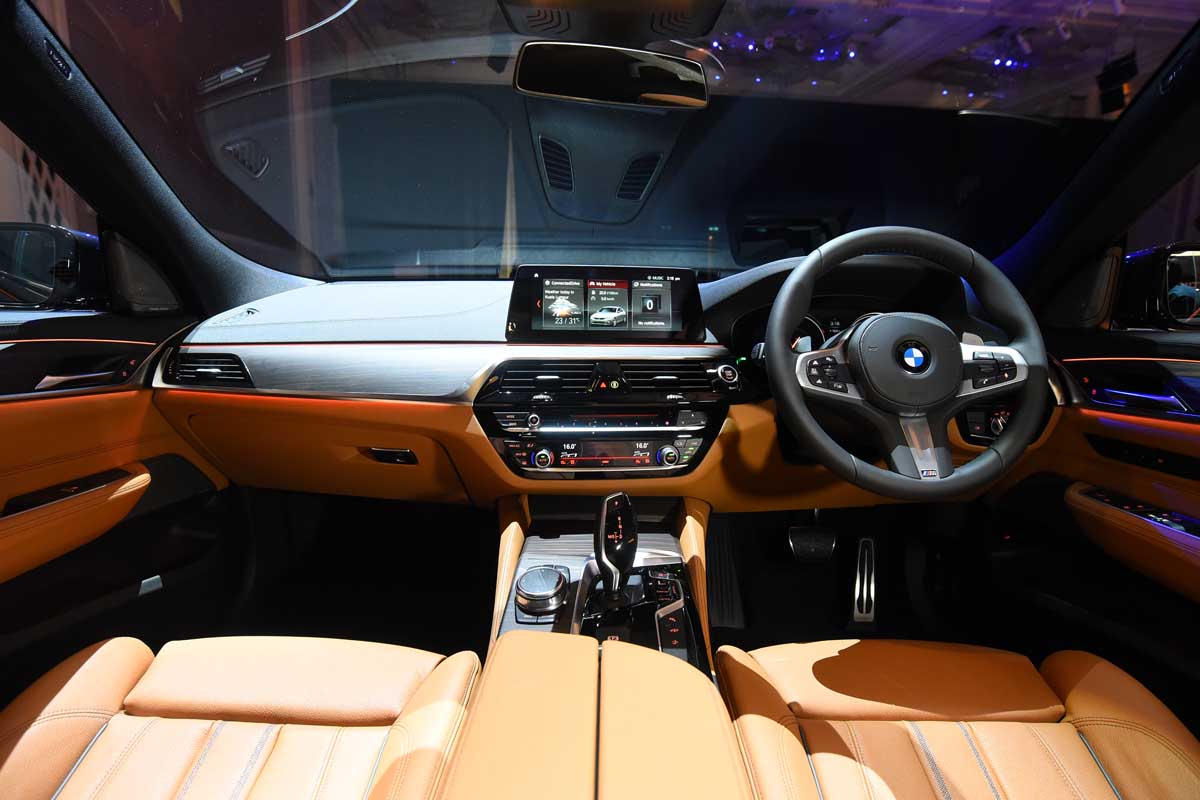 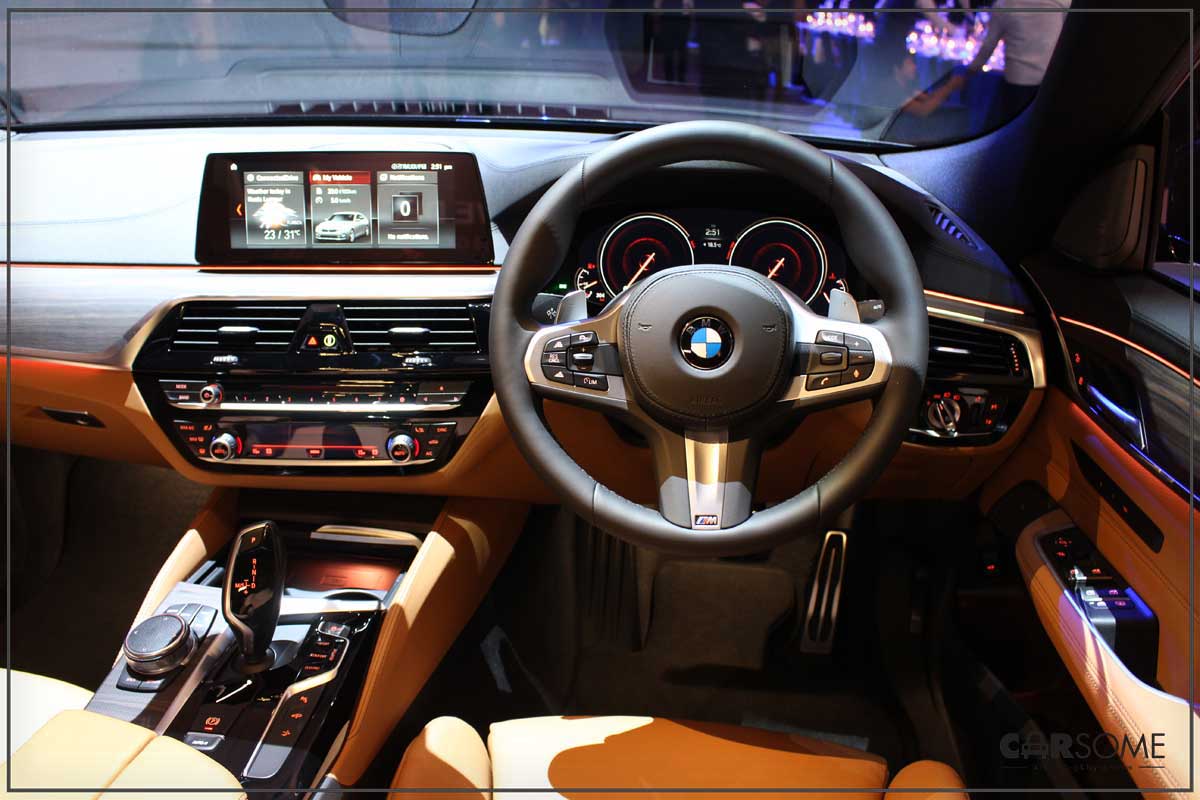 You bet! And luxurious as well, in-line with the brand’s latest cars. The iDrive system takes form in the centre console with operations either through the controller or touchscreen, and provides further convenience through available Voice or Gesture control. Rear passengers head and legroom are above expectations and coupled with the two-part panoramic glass roof, the 6 GT space opens up beyond comfort. 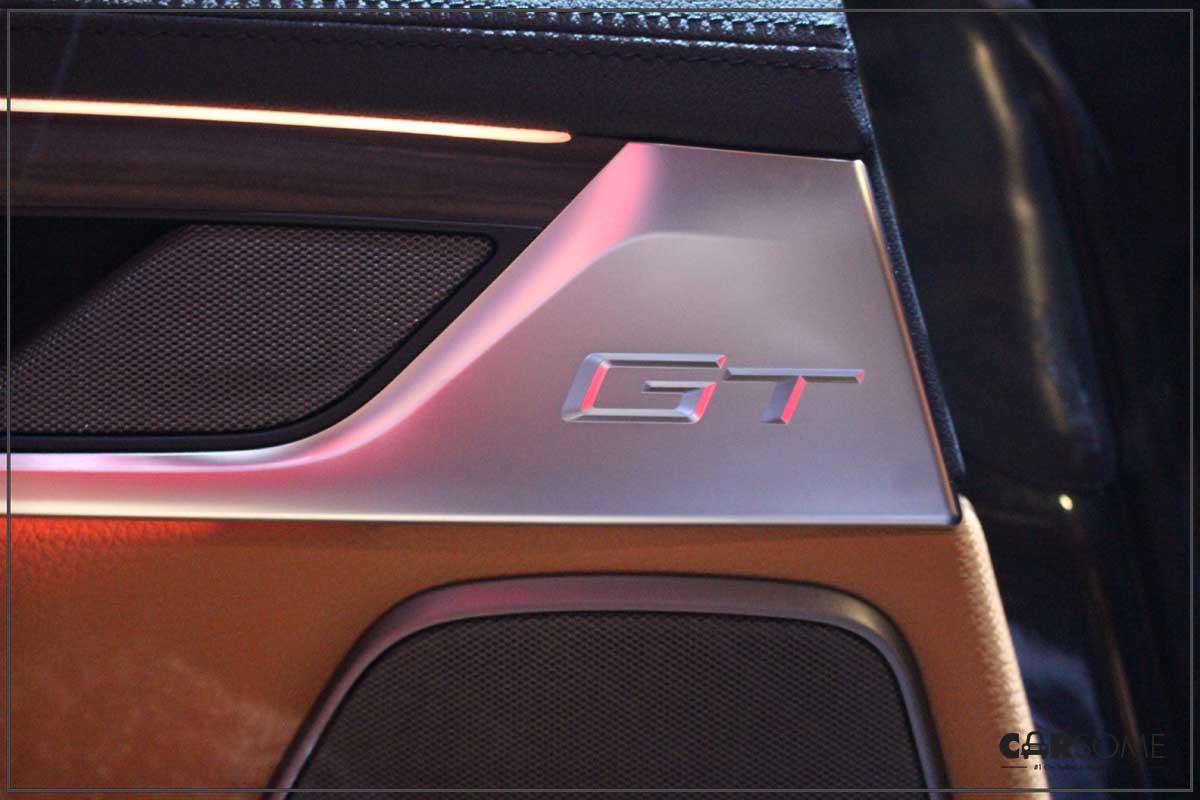 Owners will be thrilled to know that the 6 GT comes with the cool Display Key with the colour display and touch control panel, which can be wirelessly charged via the in-built inductive charging in the centre console. New iPhone and Android phone users rejoice! 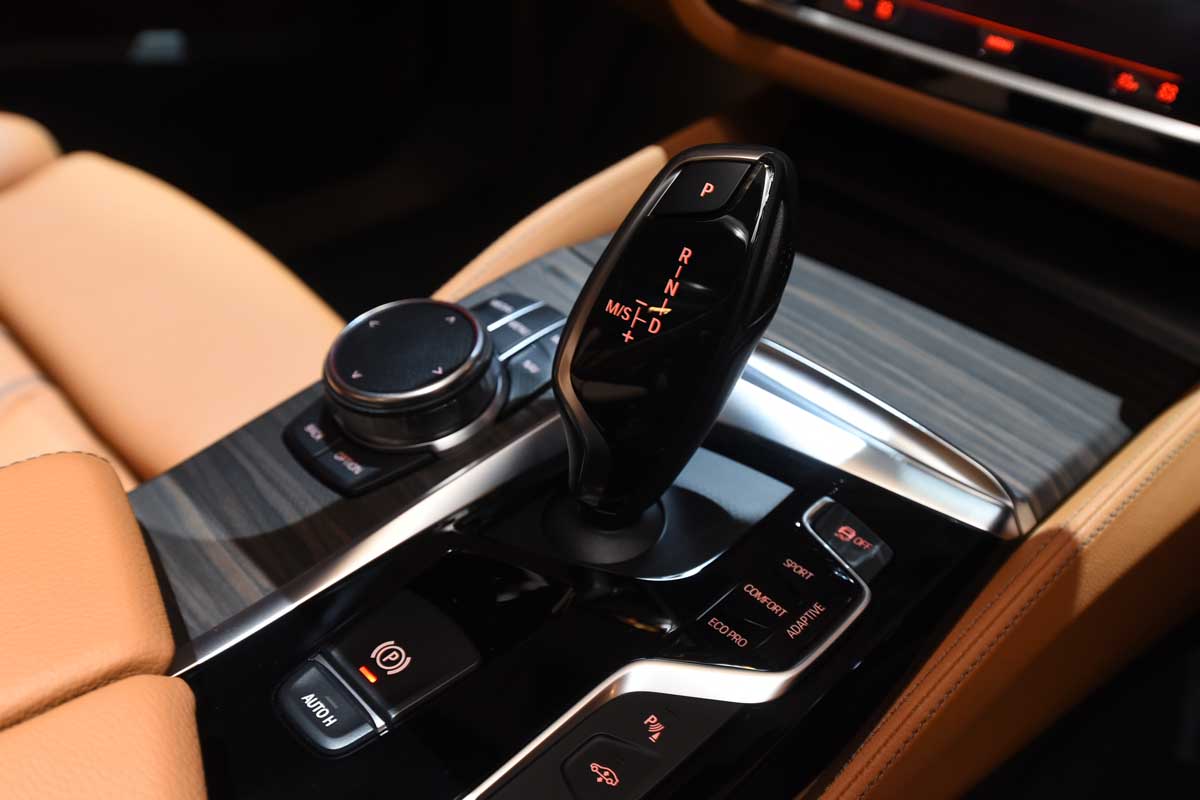 Driver assistance systems in the 6 GT include a stereo camera with radar and ultrasonic sensors to monitor the surroundings. Lane Departure, Lane Change and Collision and Pedestrian Warnings with City Collision Mitigation, Crossing Traffic Warning and Speed Limit Info for the everyday. Oh and Active Cruise Control with Stop and Go function should make those long trips and crawling traffic a little easier. There’s also Parking Assistant for both perpendicular or parallel parking, and for the driver, the new-generation Head-up display keeps information in front view at all times. 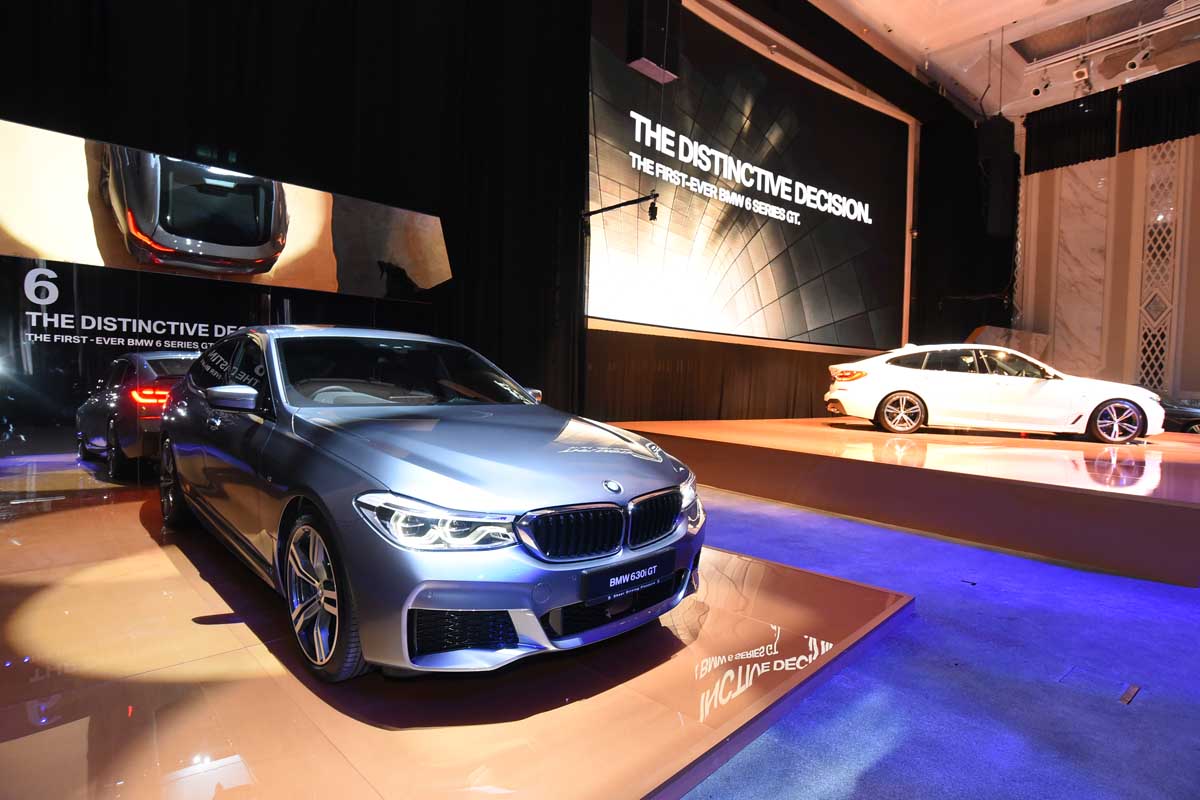 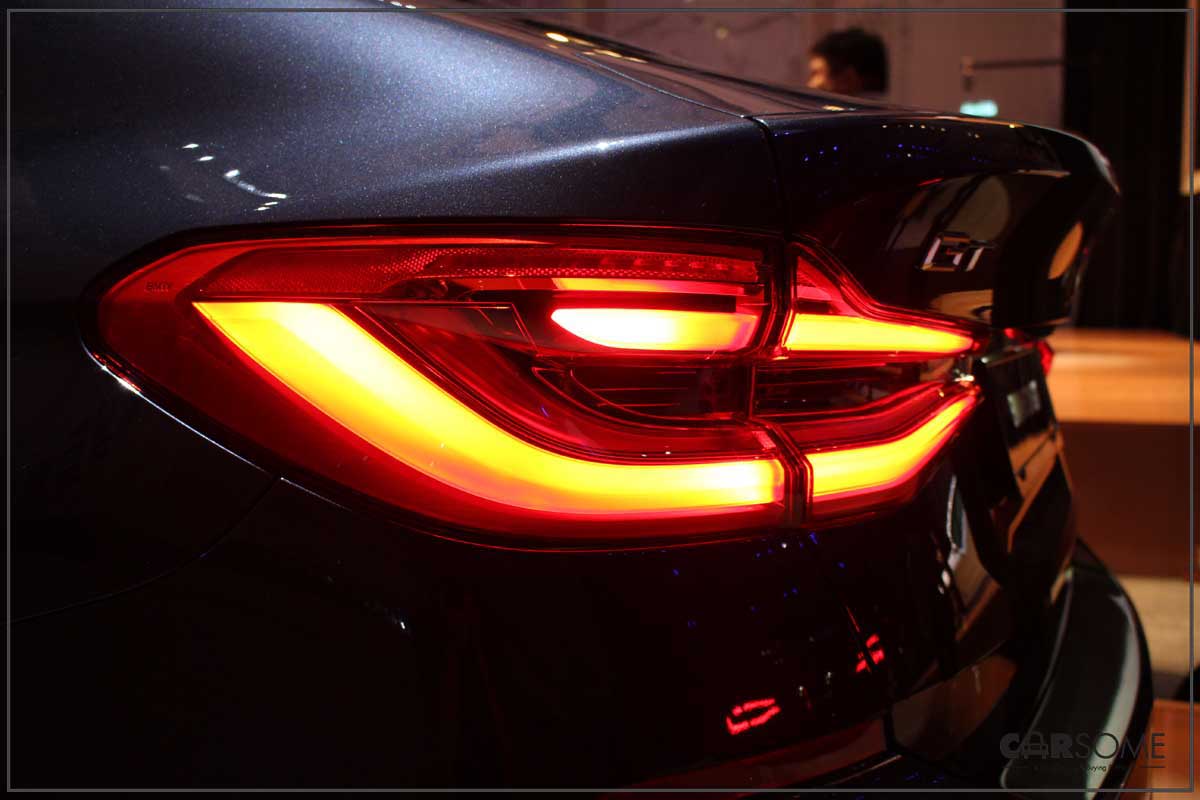 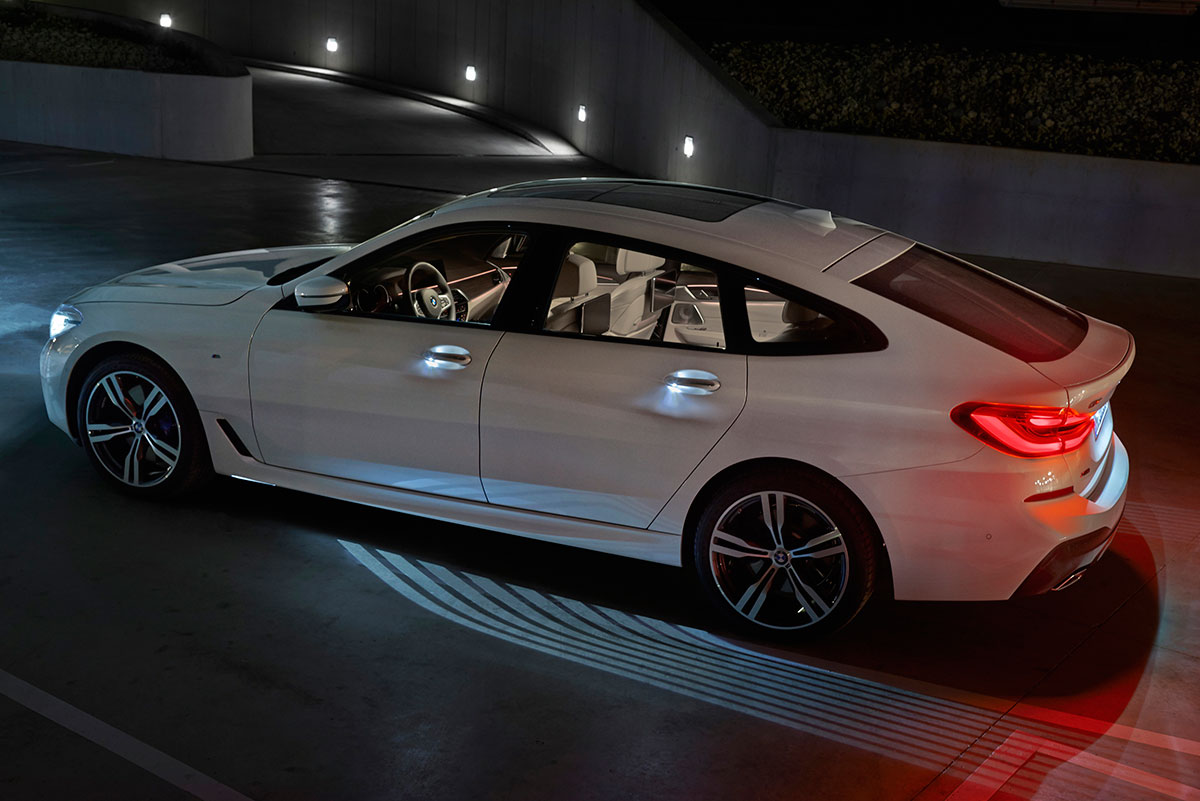 Ownership includes BMW’s 5-year unlimited mileage warranty with free scheduled service as well as a 24-month tyre warranty program for the run flat tyres. The 6 Series GT is priced at an estimated RM 450,000 on-the-road without insurance.

Click here to check out the all-new BMW Z4. The roadster is back!

Looking for something even sleeker? The i8 Coupé should tick all those boxes!

Sell your car through Carsome today and connect yourself to over 900 dealers nationwide with our bidding platform!