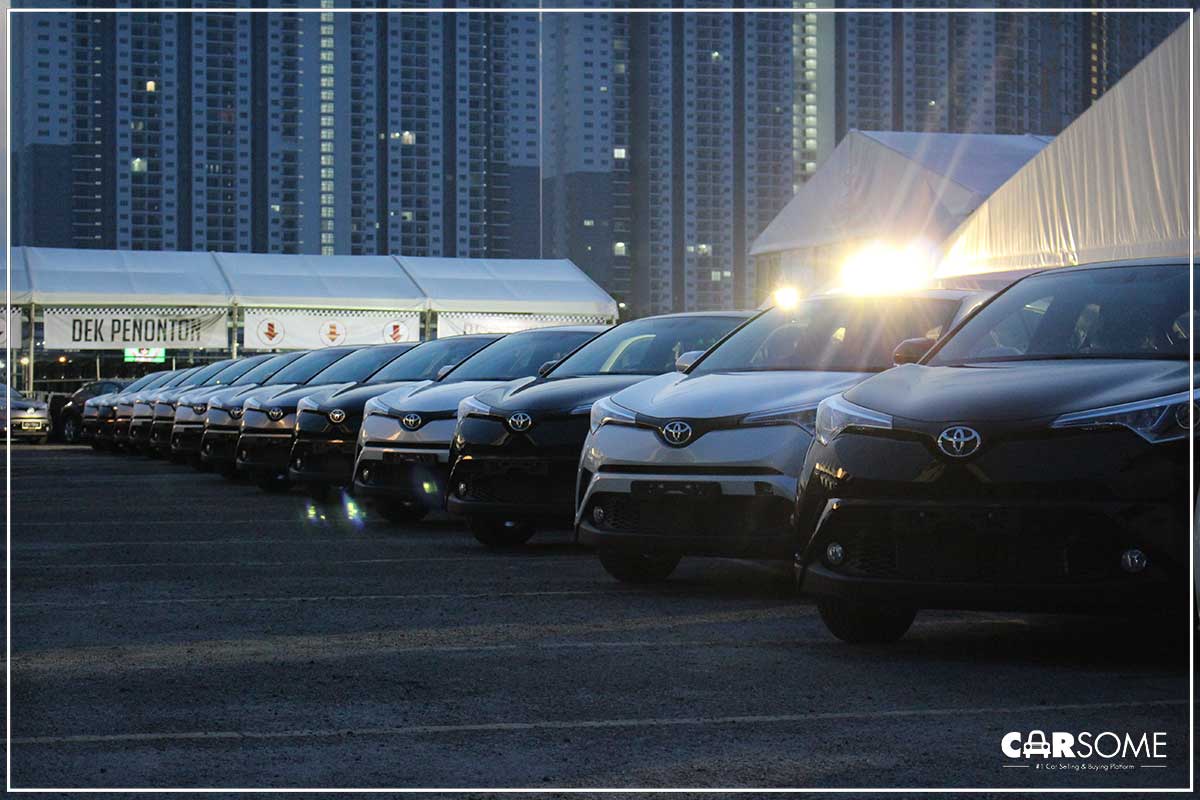 The first 50 units of the all-new Toyota C-HR has been delivered to its respective owners yesterday at an event at the Technology Park Malaysia, Kuala Lumpur. Also present at the ceremony was Chief Engineer of the All New Toyota C-HR, Mr. Takatomo Suzuki. After nearly a year since its first preview, the Toyota C-HR is here and will be priced at RM 145,500 on-the-road without insurance. 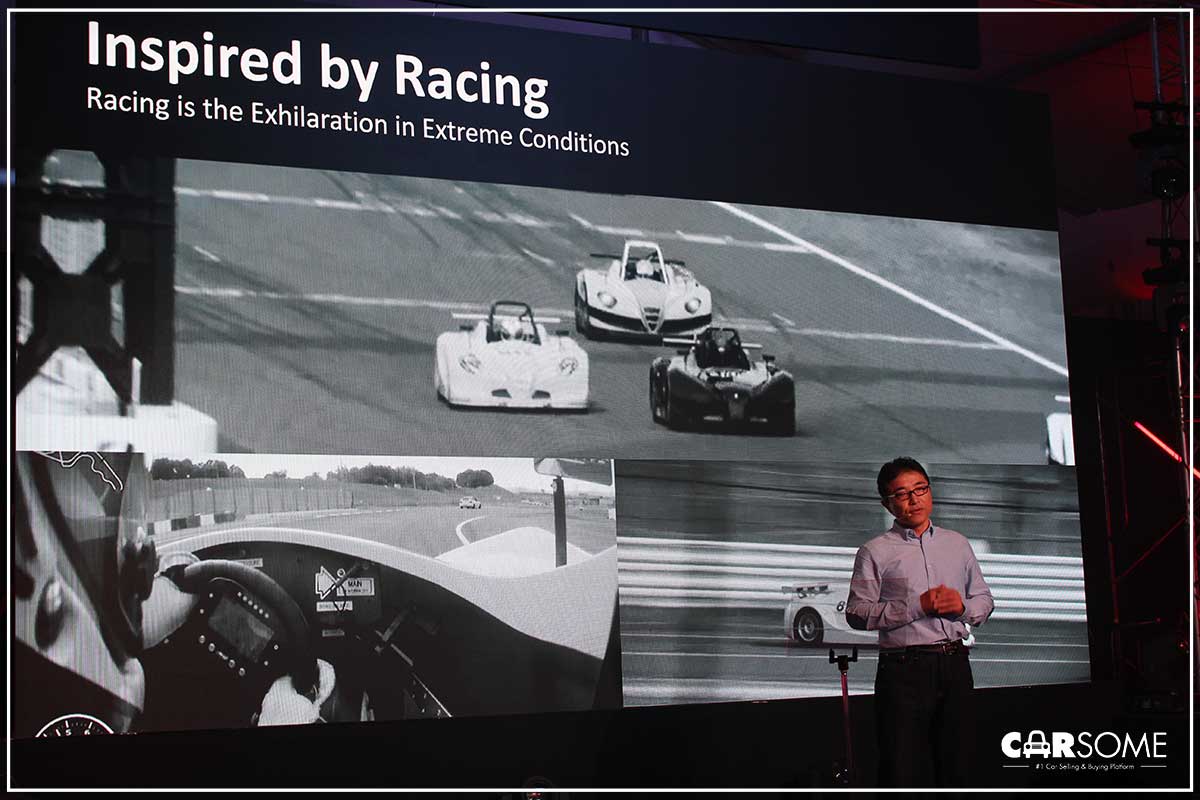 Speaking at the function, Mr. Ravindran K., President of UMW Toyota Motor said, the delivery to the first 50 customers in Malaysia also marks the official introduction of the All New Toyota C-HR. “To date, we have received around 1,500 bookings for the model and because it is unique, we wanted to personally handover the vehicle to our first 50 customers.” 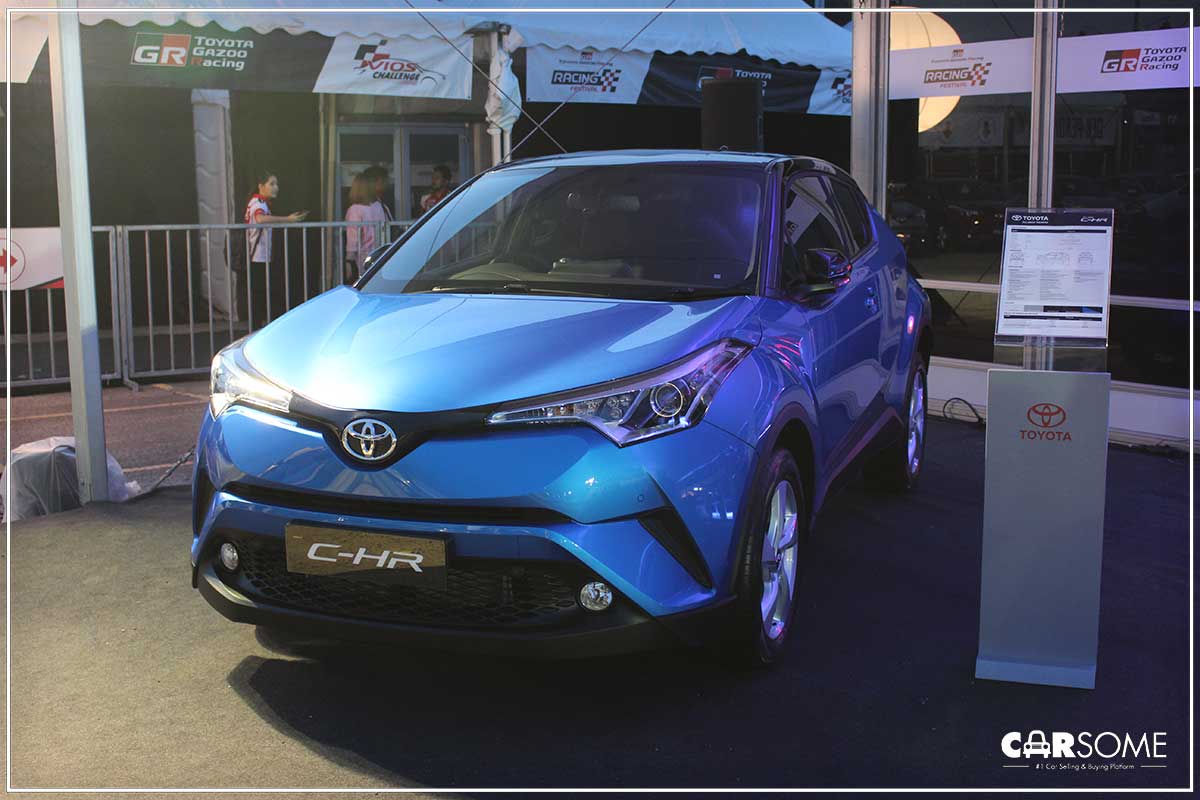 Since its global debut, the All New Toyota C-HR has been a hit in every market that it has been launched in. For the Malaysian market, the C-HR is introduced with one variant, a 1.8-litre petrol engine with 7-speed Sequential Shiftmatic CVT. The model also sits on Toyota’s New Global Architecture (TNGA) platform which is being used for many of the new Toyota models as well. The engine produces a maximum power of 138 hp at 6,400 rpm with maximum torque of 171 Nm at 4,000 rpm. The C-HR engineers chose the Toyota 2ZR-FBE petrol engine, when taking into consideration the requirements and conditions in the ASEAN region too.

The interior design concept is a departure from the conventional and combines high-tech functionality with style. From the driver’s side, there is a 4.2-inch Colour Multi-Information Display (MID) that provides the driver of the vehicle’s condition. For enthusiast drivers, there’s also a G-monitor which shows G-force exerted by the vehicle during cornering, acceleration or deceleration. 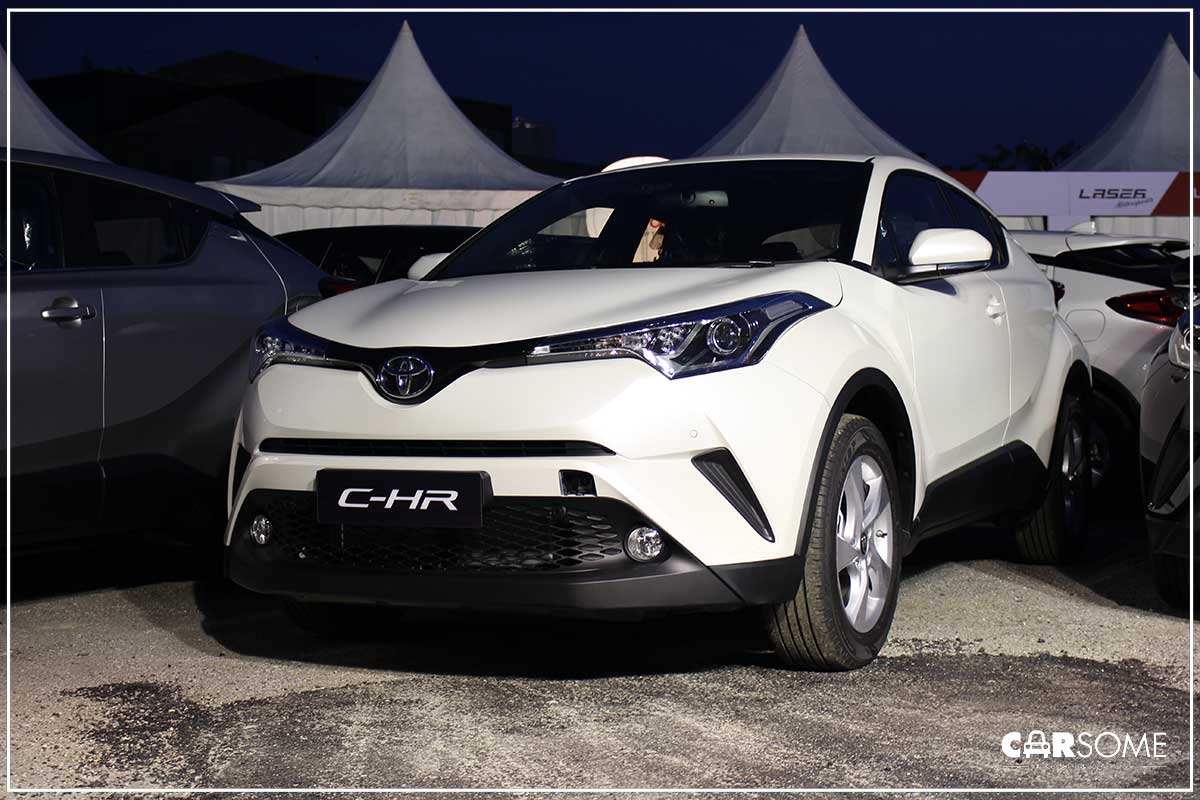 The safety features include ABS as standard with Vehicle Stability Control (VSC) and Traction Control (TRC) as well as Rear Cross Traffic Alert (RCTA) and a Blind Spot Monitoring System (BSM). The C-HR is also equipped with an Electric Parking Brake and Hill-start Assist Control (HAC). 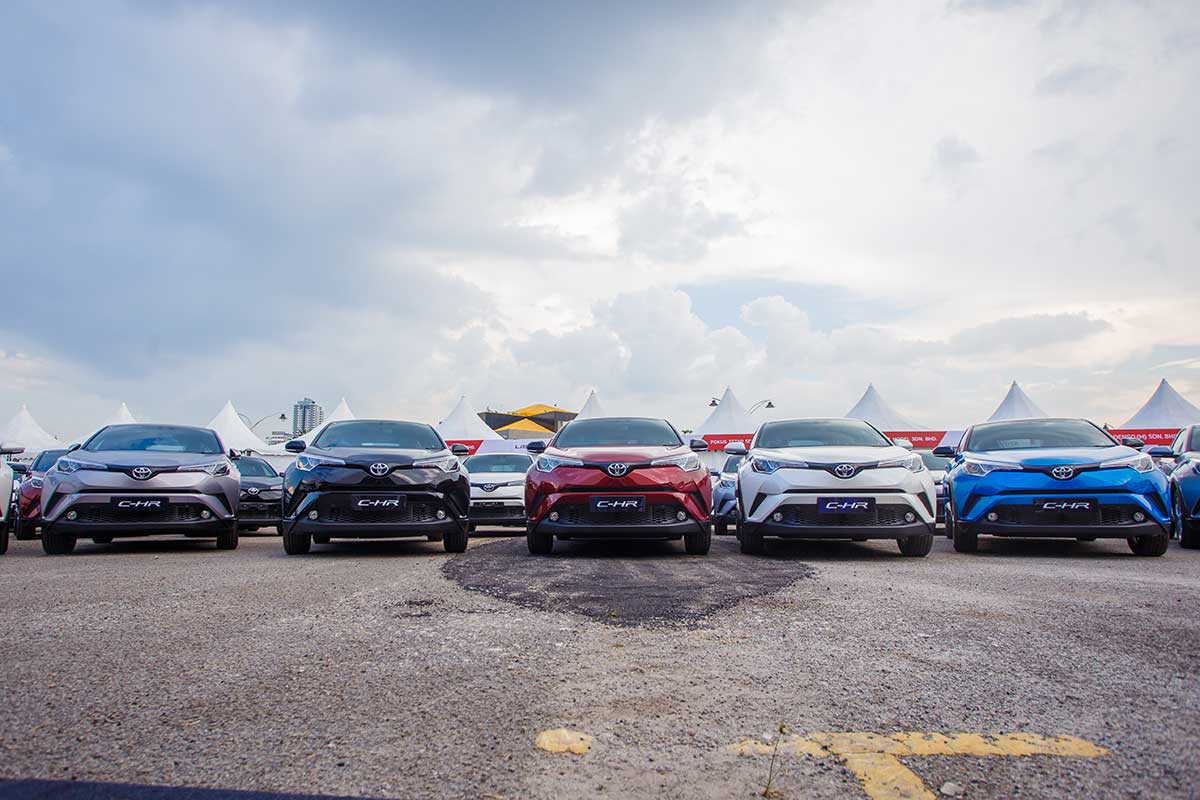 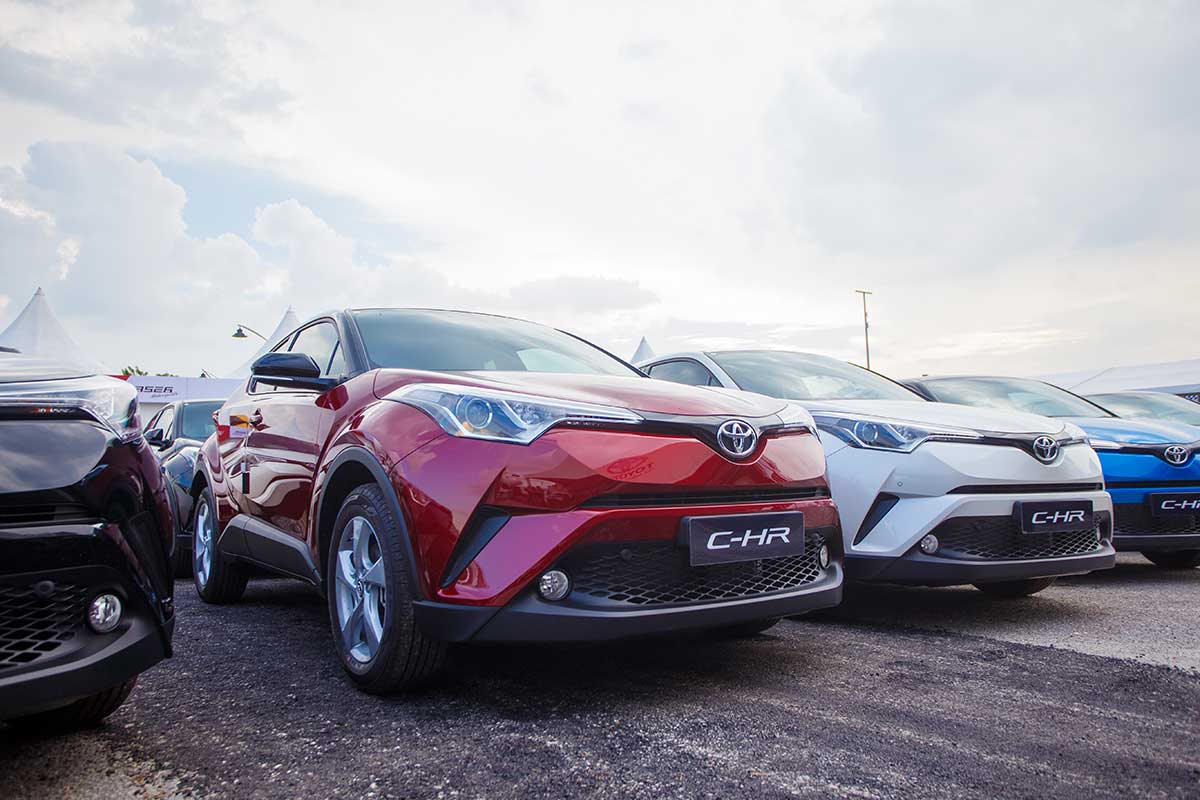 Customers have a choice of five exterior colours – White Pearl CS, Metal Stream Metallic, Blue Metallic, Red Mica and Attitude Black. In line with the C-HR’s styling, only the vehicles with Blue Metallic and Red Mica finishes comes with a black roof. 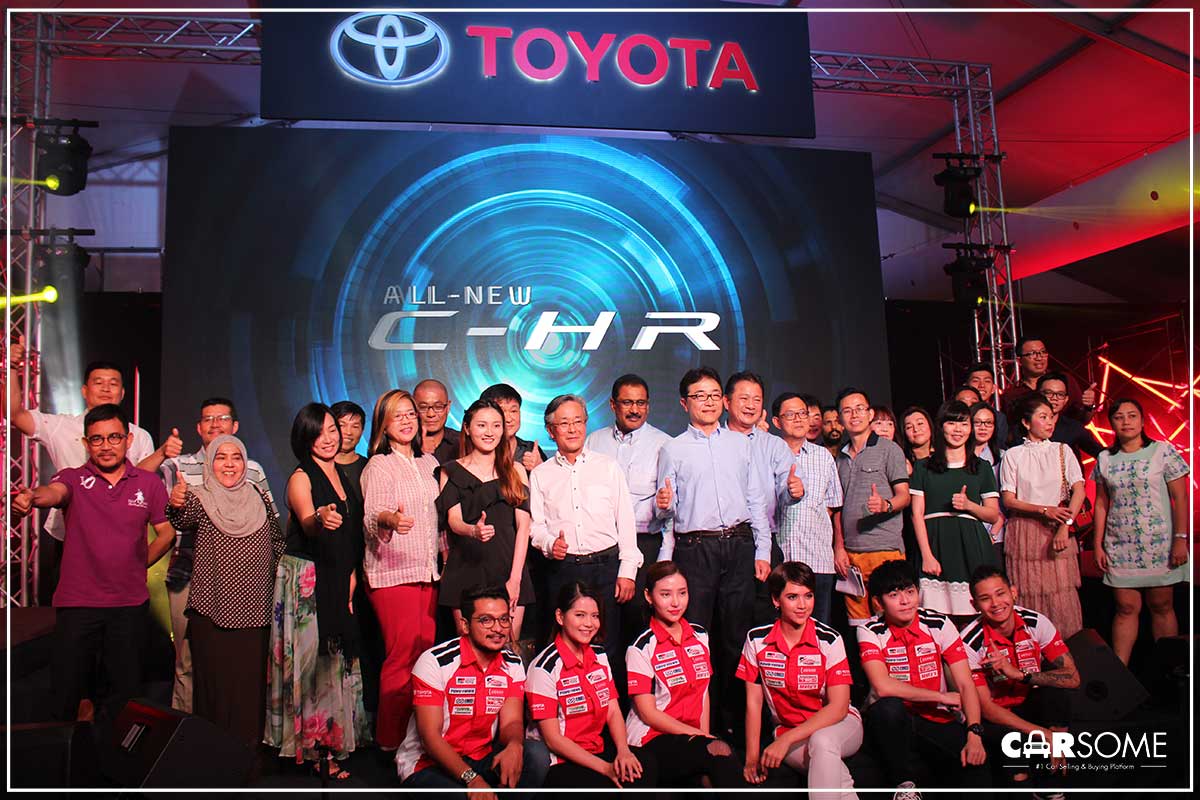 Commenting on the Toyota GAZOO Racing (TGR) Racing Festival and Vios Challenge race, Mr. Ravindran said it has been well-received at the three venues; Batu Kawan, Penang; Serdang, Selangor and Medini City, Johor. The final round will be held at Technology Park Malaysia in Kuala Lumpur this weekend (24th and 25th March).

If you are eyeing on the all new C-HR, simply fill up the form below to sell your current ride!